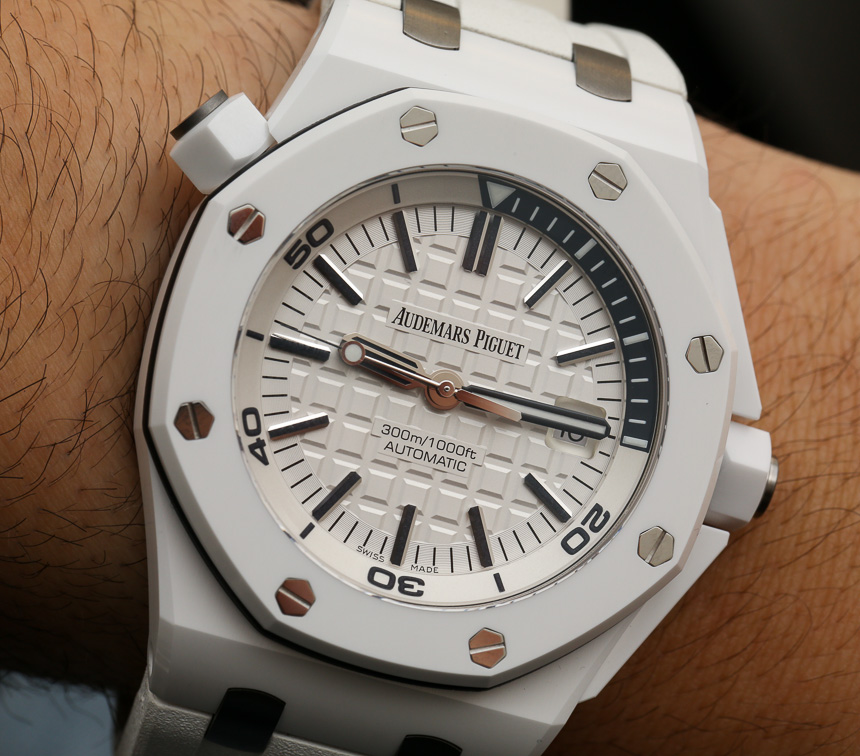 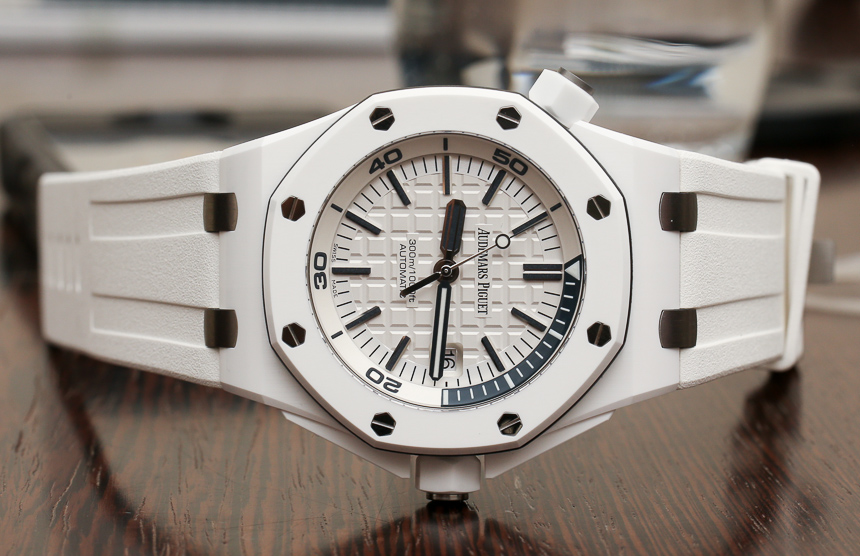 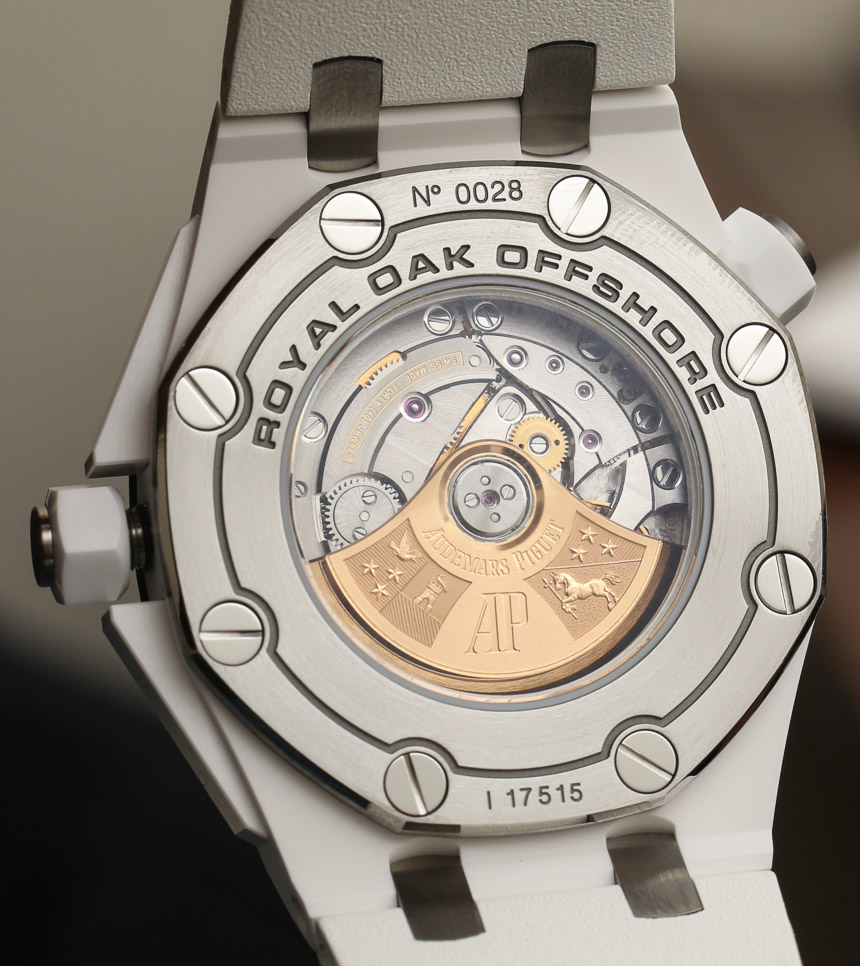 I’ve never been shy about my love of white watches, so predictably I really like this new more summery ROO Diver in a more light tone. Yes, it is true that white watches look great on women, but that is when they are mixed with more feminine cases. In my opinion, you can tastefully take an otherwise masculine men’s watch, produce it in white, and it will still look very cool. I think over the last few years more and more guys are keen on wearing white watches, and with options like this I can totally understand why. That isn’t to say that all white men’s watches are a success. In 2012, we brought you a hands-on look at an Omega Speedmaster Co-Axial Chronograph in steel and white. Apparently Omega decided never to produce it – that, we think is a shame.

We can certainly assure you that Audemars Piguet will produce this new ref. 15707CB.00.A010CA.01 Royal Oak Offshore Diver’s watch in a stunning white ceramic and titanium case. The white is matte-finished so it isn’t shiny, and the case back is in titanium. Notice anything else different? Don’t worry if you didn’t – you’d need to be a serious AP nerd to see that Audemars Piguet has finally outfitted the Royal Oak Offshore Diver with an exhibition case back. Even though this is a 300 meter water resistant diver, it always irked me that you couldn’t see the movement… and now you can. 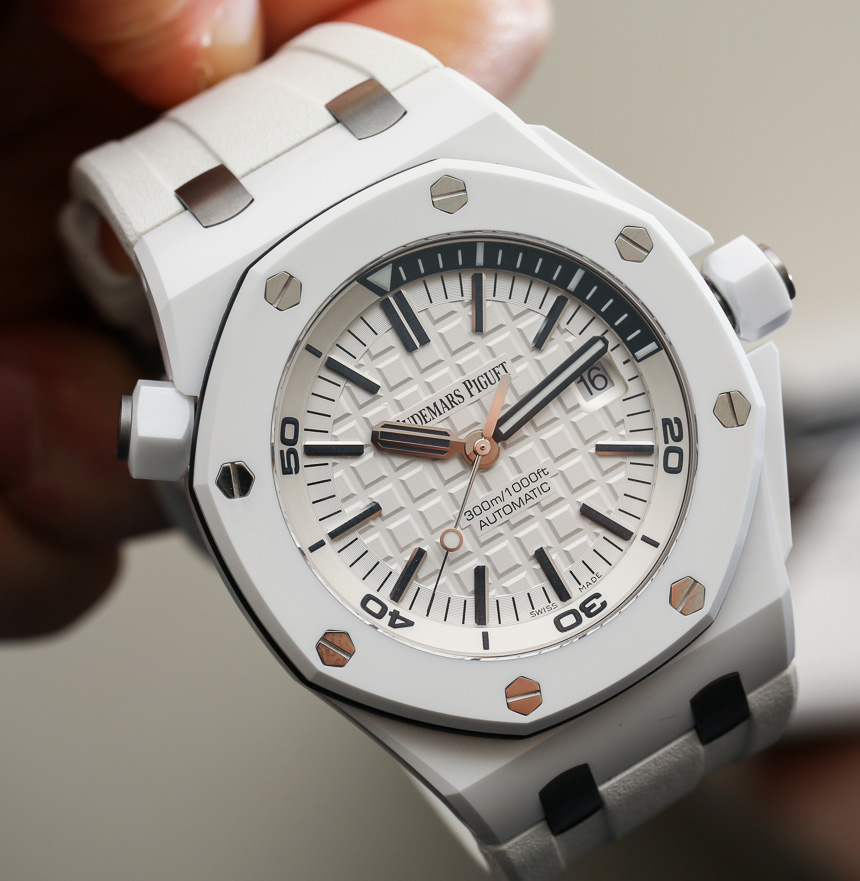