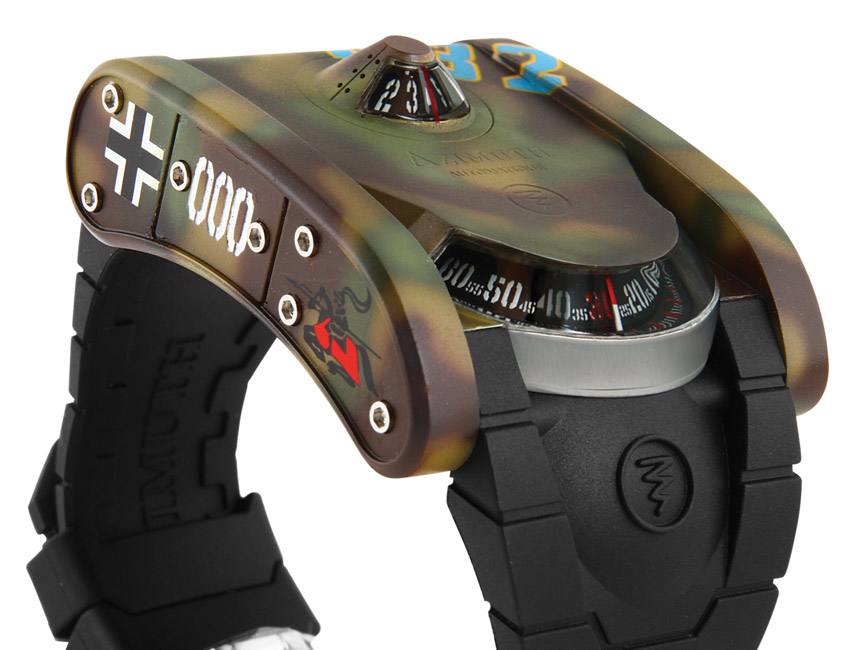 The Azimuth SP-1 Landship tank watch gets a new limited edition set of watches in full battle paint… called the “Battle Tank” collection. A set of six new watches from the brand have been given special paint jobs in honor of historic tanks (as described below). We have an aBlogtoWatch hands-on review of an SP-1 Landship watch coming soon, but in the meantime you can check out these interesting versions painted up like enthusiast WWII tank models. The Azimuth SP-1 Landship watch contains a modified Swiss ETA automatic movement that offers a retrograde minute counter and hour indicator as the turret. Price for each is $9,800 Singapore Dollars. azimuthwatch.com

This watch embodies a WWII German 1943-1945 inspired three-toned camouflage scheme. The markings depict a knight on a charger, the symbol of the 505th Heavy Tank Battalion, which consisted of the famous Tiger and King Tiger tanks. The tanks from the 505th took part in major offensives like Operation Citadel and were deployed mainly in the Eastern Front in Russia and saw to the defense of East Prussia towards the end of the war. Their impressive kill ratio was approximately 5.7 enemy tanks destroyed for every one of their own. 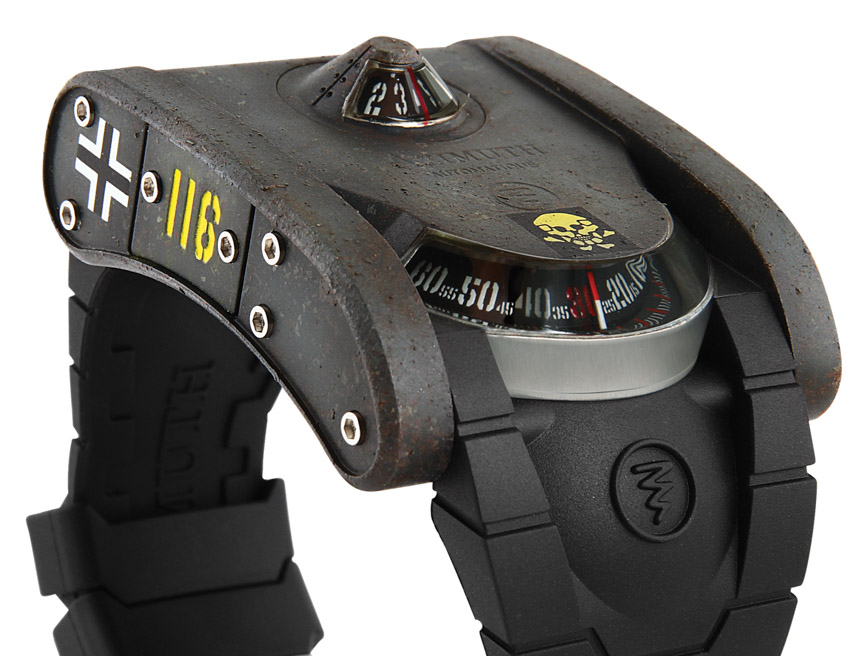 This WWII German early war 1937-1940 inspired watch sports a German grey paint scheme. The markings depict a skull and crossbones emblem, used by the 192nd Sturmgeschutz Battalion. The tanks from the 192nd were involved in heavy fighting in Operation Barbarossa and the Russian Winter counter-offensive of 1942. Major Helmut Adam was famously awarded the Knight’s Cross of the Iron Cross as the commander of the 192nd Battalion. 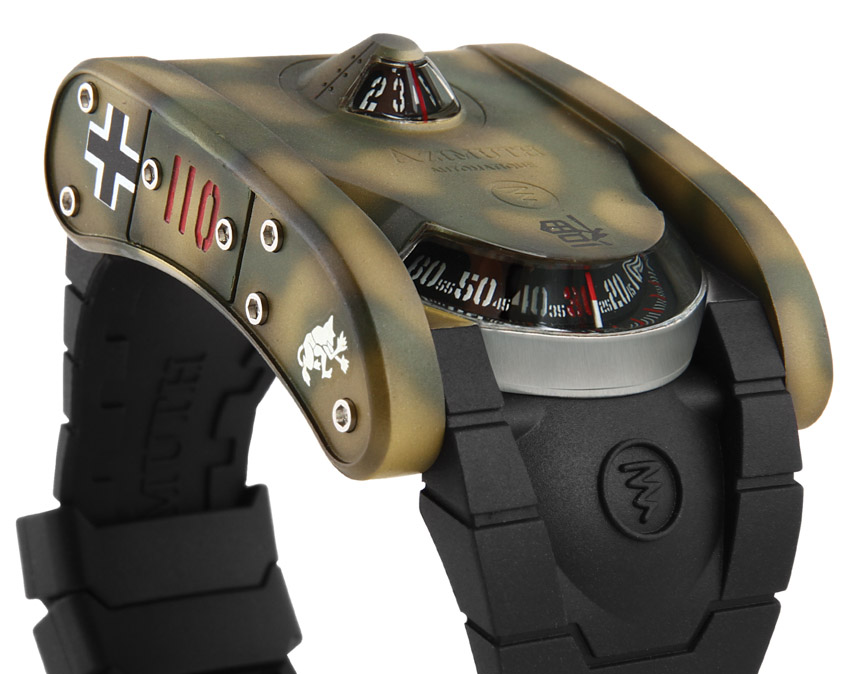 This watch portrays a WWII German mid war 1943 inspired two-toned camouflage scheme. The markings of this famous Tiger I tank consists of a “Dao Fu”(inverted Chinese character “Lucky”) and imp emblems that identify it as a part of the 13th company of the 2nd SS Das Reich Division. The tanks from the 2nd SS Das Reich took part in the capture of the important city of Kharkov as well as the battle of Kursk in 1943. They were later transferred to France to defend against the Allies invasion of Normandy, and were subsequently deployed in Ardennes, Hungary and Austria, where they helped large numbers of civilians escape from the invading Red Army… more »