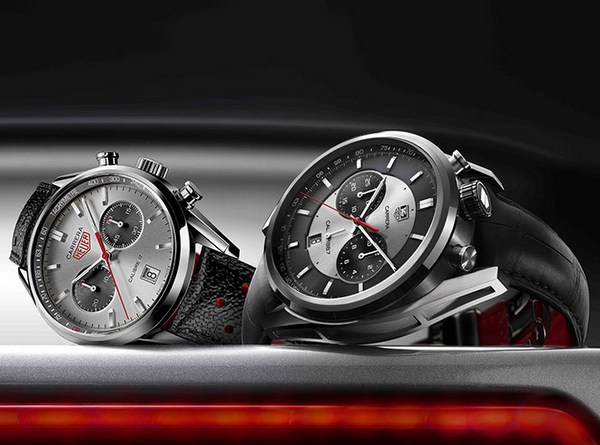 2013 is the 50th Anniversary of the Carrera watch, and while the other Carrera models are nice, nothing beats the stand out vintage vibe of the Jack Heuer Special Editions. This pair of watches, celebrating famed Honorary Chairman of Tag Heuer, Jack Heuer, the Heuer Carrera Calibre 17 and the TAG Heuer Carrera Calibre 1887 Chronograph – Jack Heuer Editions, are eye-catching beauties that certainly belong together as a study in how Tag Heuer as a brand has evolved through the years. 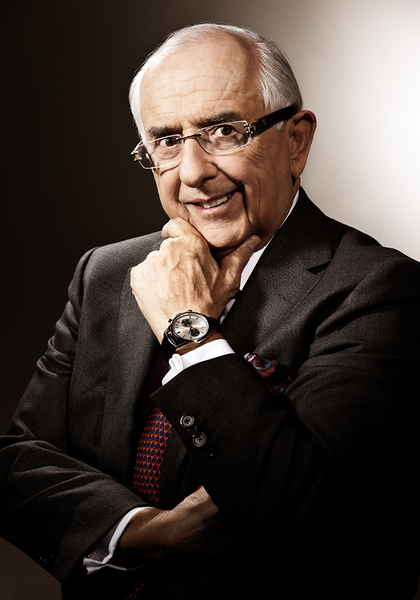 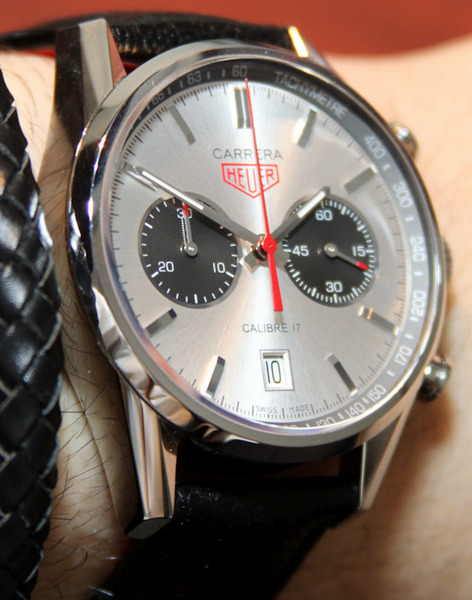 While we have looked at the 2012 released Heuer Carrera Calibre 17 before, it’s nice to look at it again as part of the 50th Anniversary celebrations and see them in the context of the entire Carrera collection.

When the Heuer Carrera Calibre 17 was introduced last year, it was to mark the 80th birthday of Jack Heuer and showcase the design principles that led him to create the early Heuer Carrera chronographs. Designed for racing and sporting use, these chronographs had to be highly legible and be read quickly at a glance. The proportions of every element on the dial were studied relentlessly in order to come up with the famous Carrera look, which aside from being highly functional, is stunningly beautiful as well. 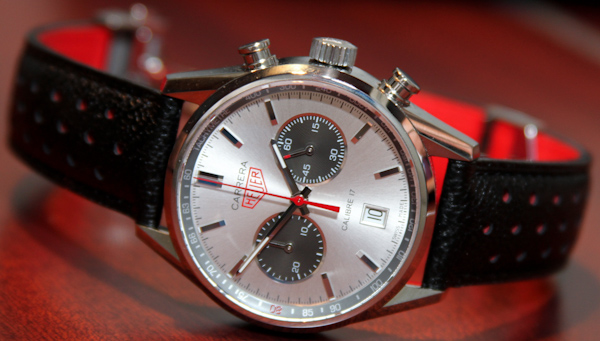 The Heuer Carrera Calibre 17 therefore, has retained the vintage vibe meant to highlight the design sensibilities that Jack Heuer himself pioneered. Almost everyone who I know who has seen this watch often remarks on how beautiful it is, and I am without exception. This is the modern retro chronograph to own, especially on the included calfskin strap with the red backing. I especially like the red chronograph seconds hand, that adds a sense of vitality and purpose to the fairly restrained bicompax chronograph dial in anthracite. 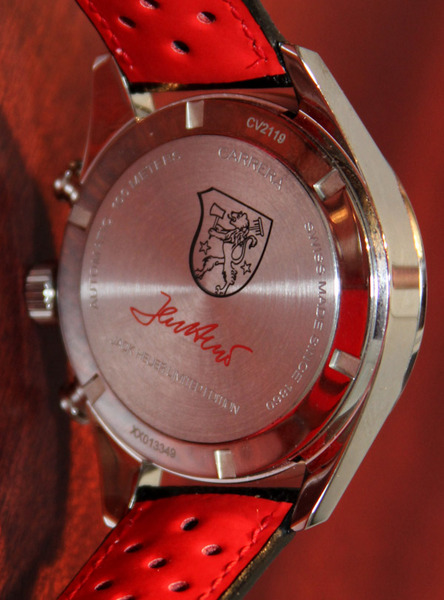 Coming in at 41mm and in a limited edition of only 3000 pieces, this is THE Heuer watch to own. And notice there that I didn’t say Tag Heuer. As you can see on the dial, the red logo there is the original one used before TAG (Techniques a’Avant Garde) manufacturers of high-tech items such as ceramic turbochargers for Formula One cars, acquired Heuer to become Tag Heuer.

The other watch we are looking at is the Jack Heuer Edition of the TAG Heuer Carrera Calibre 1887 Chronograph. This watch is basically the product of a modern design and production sensibility with input from Jack Heuer himself on many aspects of its conception. 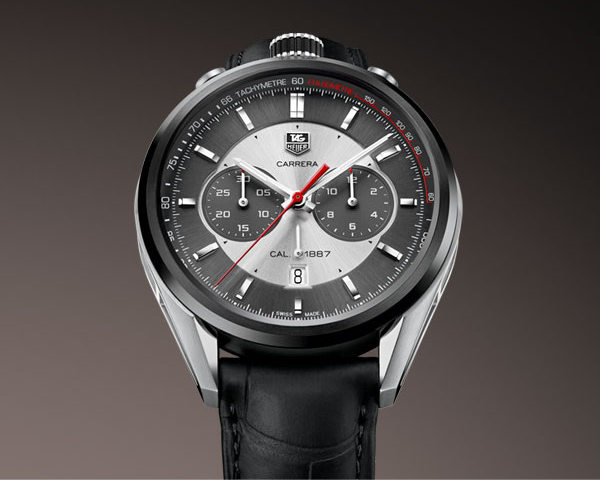 Unlike a typical Calibre 1887 Chronograph, this watch differs markedly by the fact that the movement is turned on its side to become a  Bullhead chronograph, with the chrono-pushers sitting at the top of the case. The other most noticeable feature is the asymmetrical case which is the same shape as the one used in the Mikrogirder. The combination of these two features means that the watch sits higher on your wrist and makes it markedly easier for your fingers to access the timing functions. 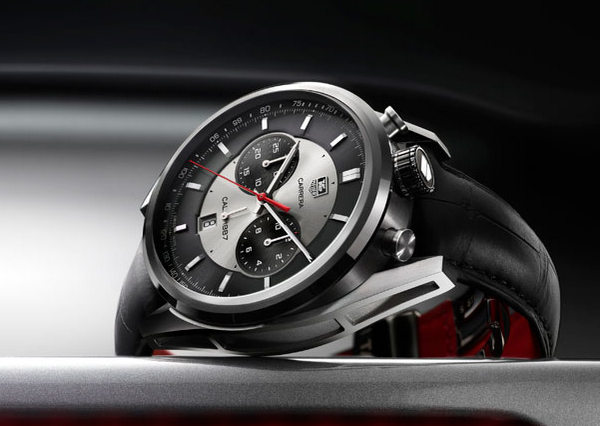 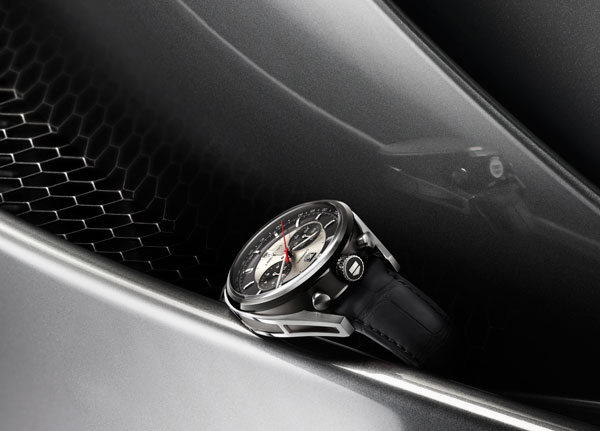 This Calibre 1887 Jack Heuer Special Edition is easily the most striking and unique out of all the 1887’s out there. In fact Tag Heuer has shown a concept piece that looks remarkably similar in the main aspects. The Tag Heuer Carrera CMC Concept Chronograph Watch, which we looked at here, also has the Calibre 1887 movement mounted Bullhead style in a Mikrogirder shaped case.

In this production watch however, it is black titanium carbide steel that is used for the case material, which itself is 45mm wide and should have a sturdy presence on the wrist. Add to that the same color scheme used on the Calibre 17 here on the Calibre 1887 (red/black/white), and you can see that the two pieces are related, design wise. However, unlike the Calibre 17 with its closed case back, the Calibre 1887 bears  Jack Heuer’s coat of arms and signature in red on the smoked sapphire case back, through which the movement can be seen. 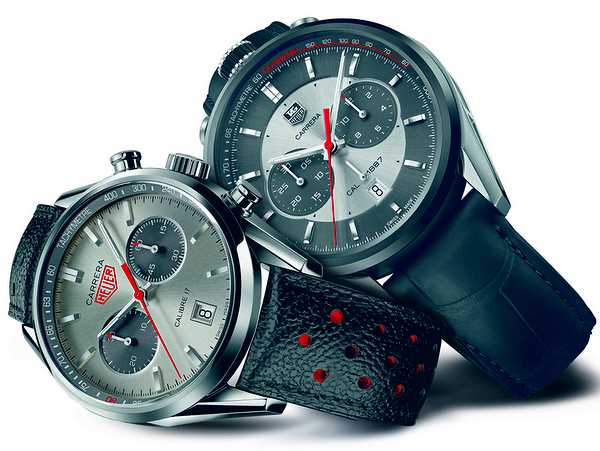 The two special editions of the Carrera ,one vintage, the other avant-garde, are certainly a nice matched pair in tribute to the design genius of Jack Heuer. Furthermore, it is nice to see them together like this in the context of the 50th Anniversary of the Carrera watch. We would like to get a little hands-on time with the Jack Heuer Calibre 1887 version here at Baselworld 2013 where we will get all the other important details of this stunning watch. Stay tuned!