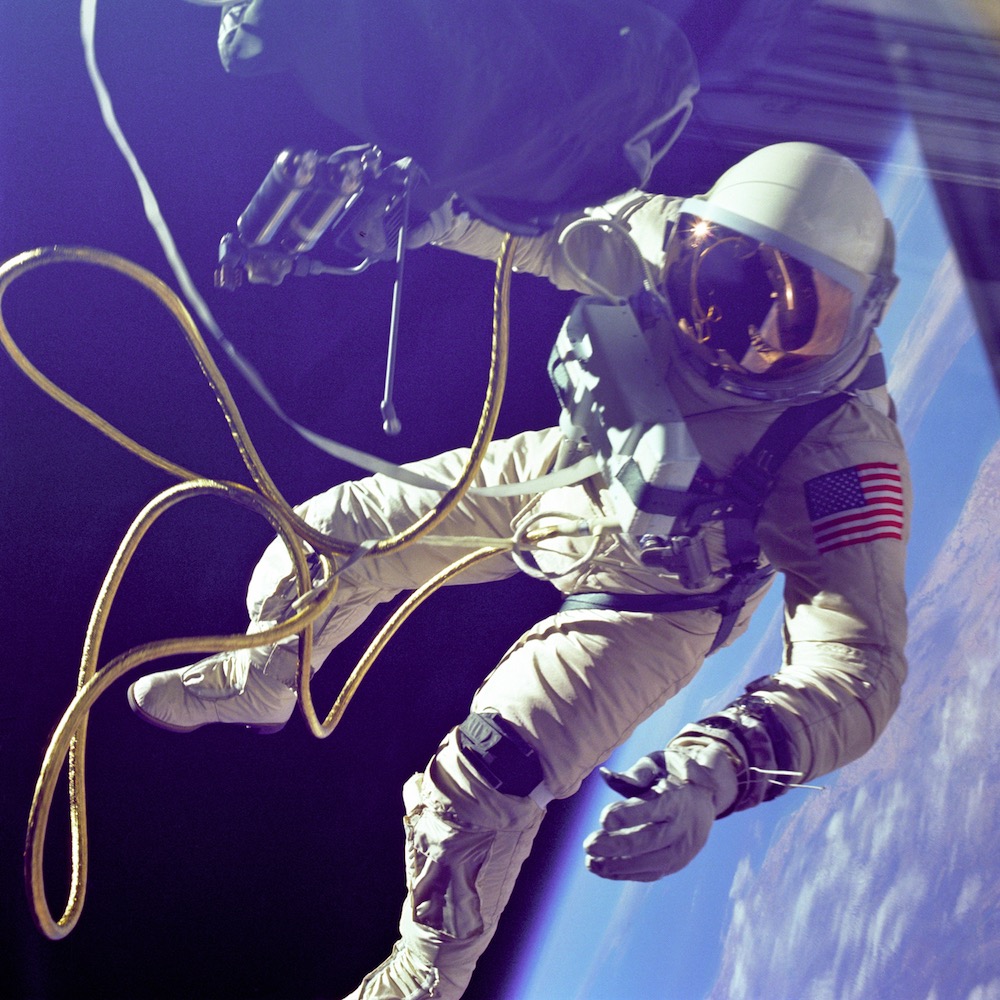 This is a very special July because we celebrate the 50th anniversary of the moon landing. If you think about it, it’s amazing that, 50 years ago, we were able to send people to the moon and back. Even with today’s resources and know-how, this feat hasn’t been repeated. It’s therefore fitting that this round-up includes a couple of Omega watches and stories about the Speedmaster and the moon landing.

The moon landing and Omega Speedmasters aside, we also have an exceptionally complicated watch in the Genus GNS 1. Genus is a new watch brand whose first watch features a unique way of telling the time. Next, we have a story about an ultra-complicated pocket watch from one of the most famous bankers in history, J.P. Morgan. And rounding things off, we have another bank-related story. Did you know that safe deposit boxes aren’t exactly, well, safe? If you use a safe deposit box to store your watch collection, you don’t want to miss this story. 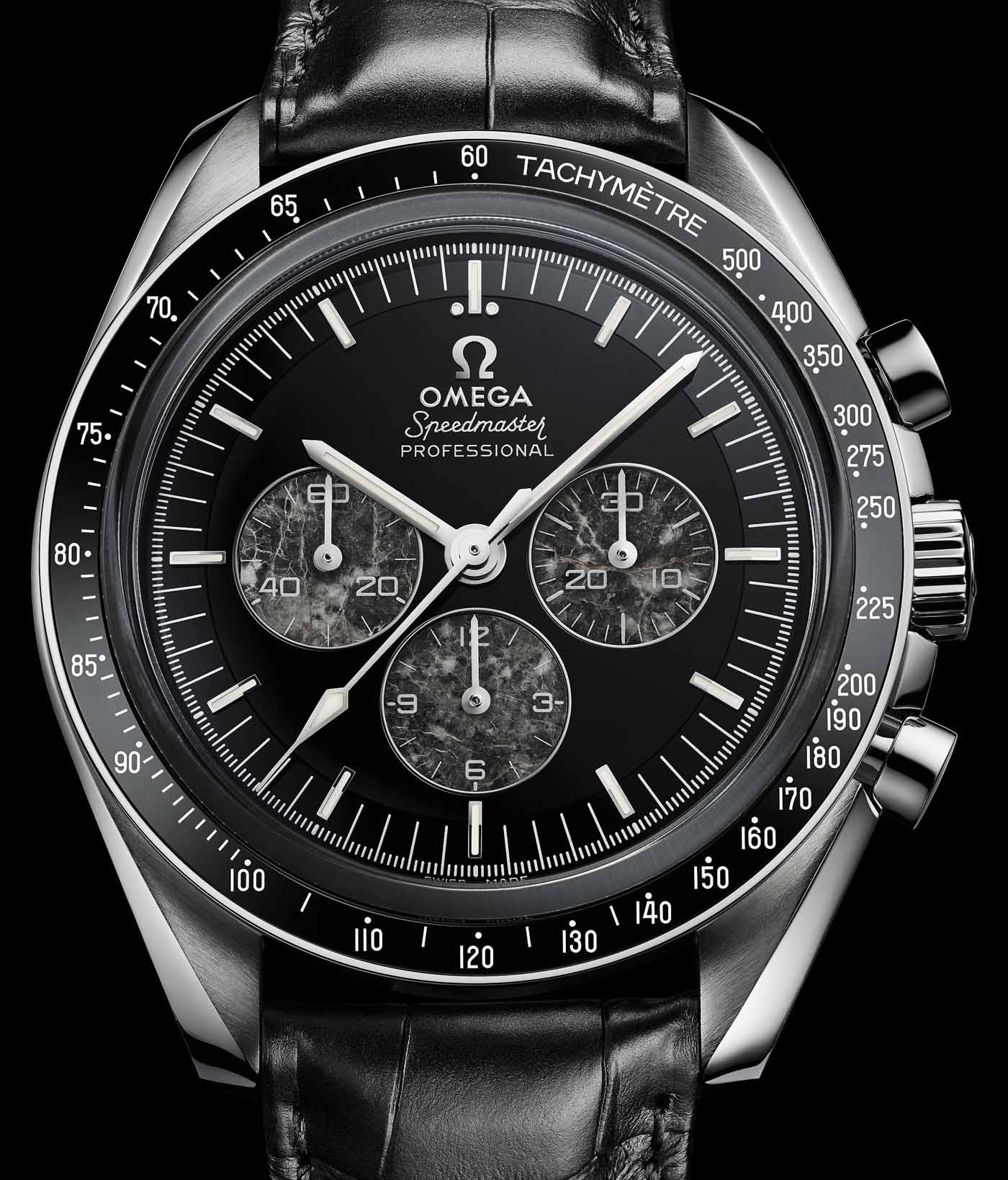 Is it any surprise that this would be the hottest new watch release of the month? Nope, didn’t think so. In celebration of the 50th anniversary of the moon landing, Omega pulled out all the stops and unveiled a very special Speedmaster called the Speedmaster Moonwatch 321 Platinum. It comes in the classic 42mm Speedmaster case with twisted lugs that we all love — but it is rendered entirely in platinum. Not only that, the dial even has chronograph registers made out of slices of meteorite material from the moon. And if that’s not enough, the movement is the legendary caliber 321. 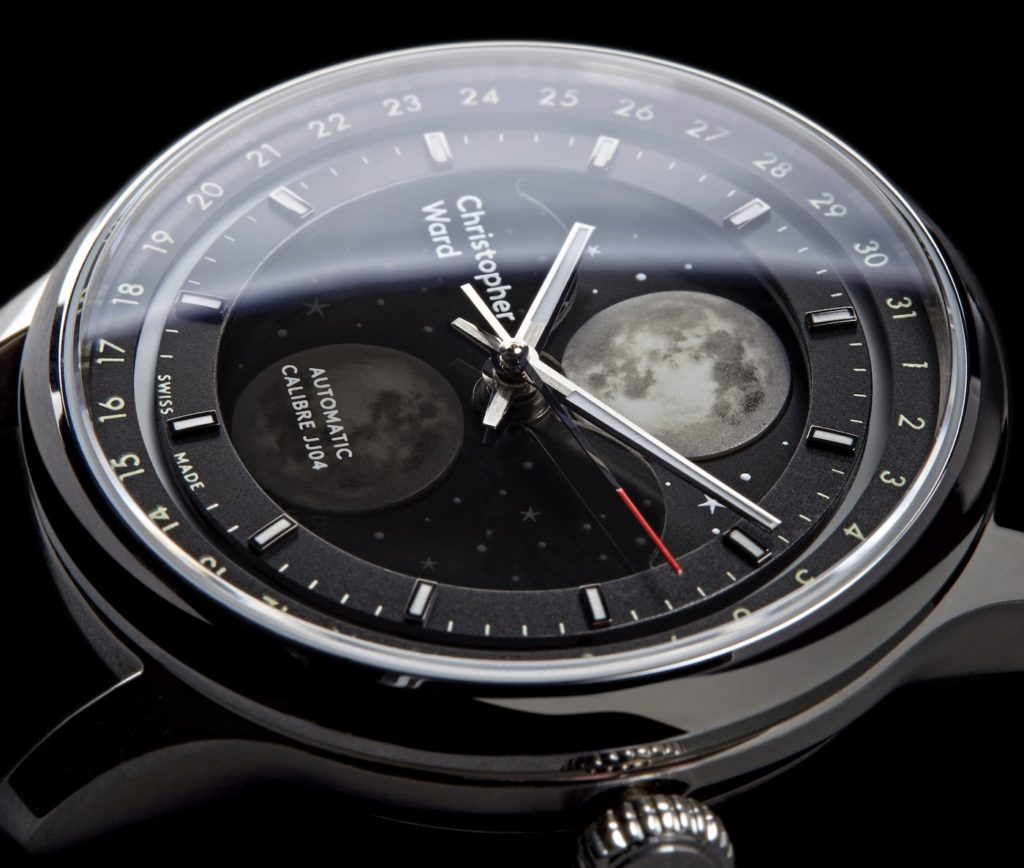 Omega wasn’t the only brand to have released a special watch to commemorate the 50th anniversary of the lunar landing. Joining the party is English watch brand Christopher Ward with the C1 Moonglow. The watch is so-named because of its unique moonphase display. Not only is it oversized, but the photorealistic moon disc is also coated with Grade X1 GL C1 Super-LumiNova, so it positively glows in the dark. An ETA2836-2 movement fitted with Christopher Ward’s in-house moonphase module powers the watch.

3. SEIKO MOVES UPMARKET AND DOUBLES DOWN ON AMERICAN WATCH BUYERS 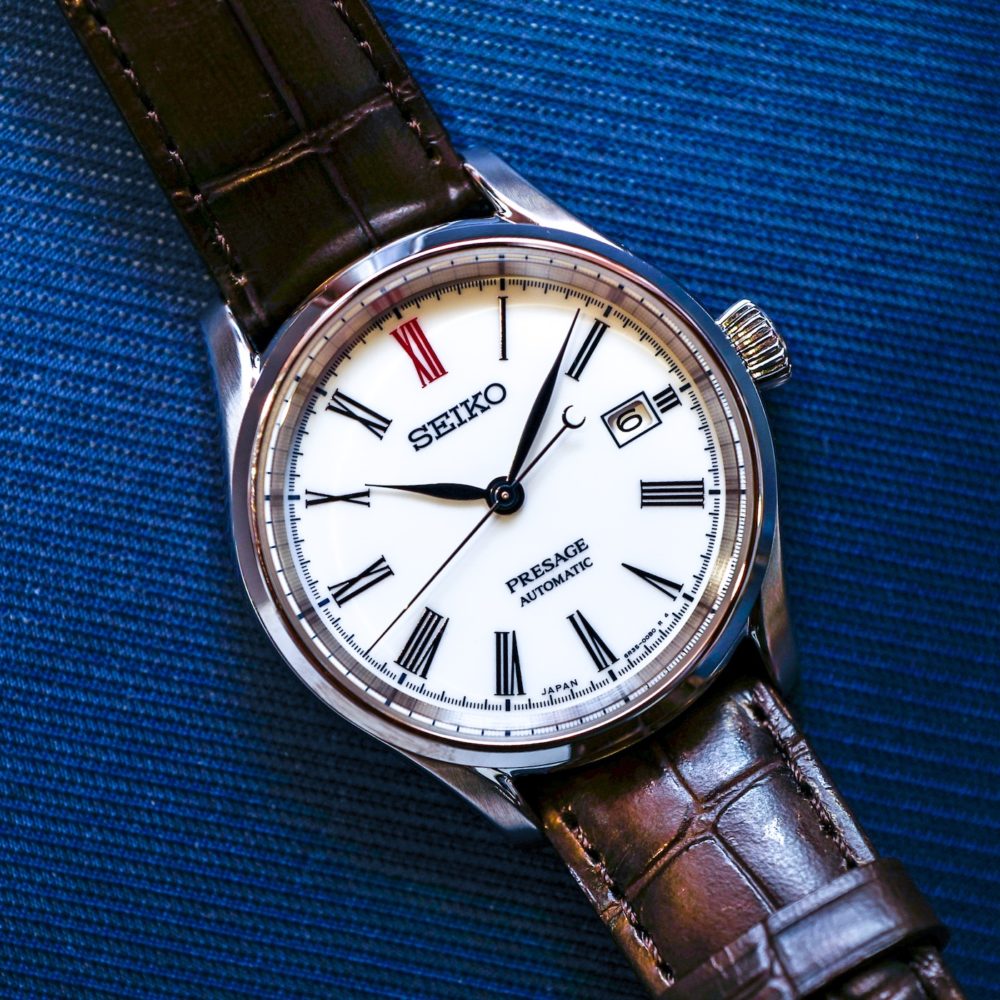 Seiko is one of the most dynamic watch brands now. It’s moving at light speed compared to its Swiss counterparts. In just the past few years, it has made remarkable strides and changes to its business model, an example of which is making its Prospex collection of watches more readily available worldwide. Beyond that, it has also improved existing watch collections, solidified its position at certain price points, and made Grand Seiko a separate entity. But perhaps Seiko’s most important move of all is its heavy investment in the U.S. market. Additional points of sale aside, Seiko has also introduced more U.S.-only watches as a way of indulging U.S. watch buyers. This is a great time for Seiko fans in the U.S. 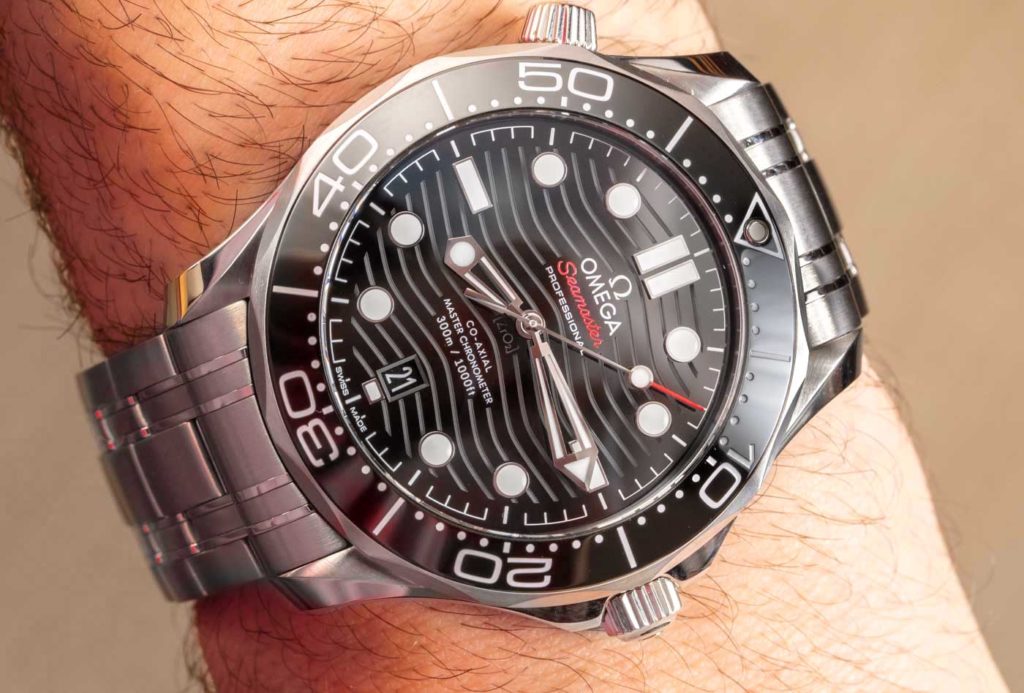 Last year, Omega updated its Seamaster 300M diver watch collection. This was big news because the Seamaster 300M is a very popular watch, especially among people who are looking to dip their hands into the world of luxury watches. The new watch doesn’t disappoint. It retains the look and feel of its predecessor but has tons of welcome new features, including a ceramic bezel and dial. And if that’s not enough, it even features a Master Chronometer-certified movement. This means it’s highly amagnetic and accurate. I fully expect this watch to be a hit. 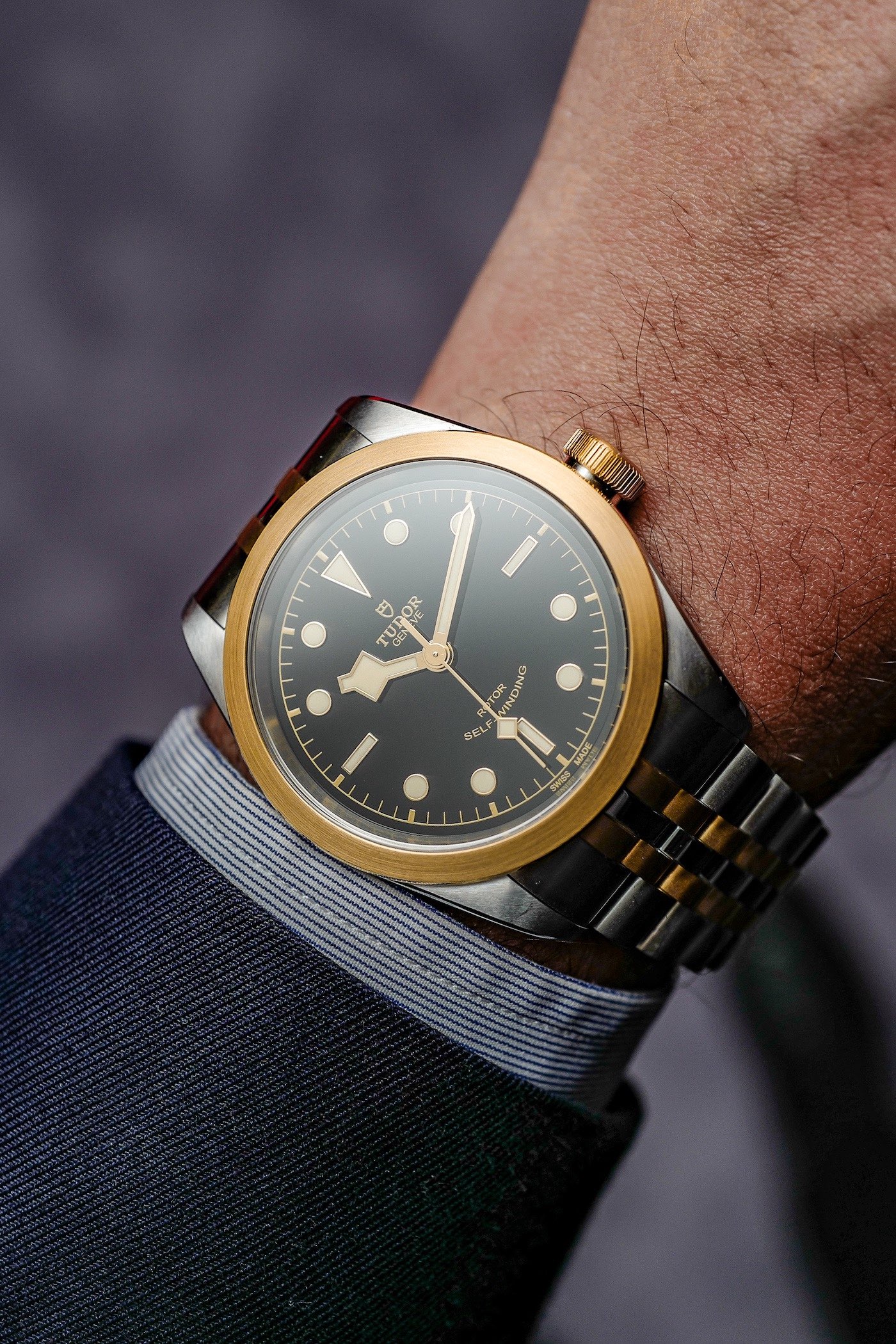 Is two-tone really back? The Swiss sure seems to think so. Tudor began releasing two-tone models from 2017, beginning with the Black Bay S&G. But they really went all-out this year with the Black Bay Chrono S&G and the Black Bay 41, 36, and 32 S&G. Furthermore, Tudor’s approach to two-tone watches is quite interesting. Rather than using full gold which would have jacked up the price, what they are doing instead is capping their two-tone watches with just enough so that they can be naturally refinished throughout their life. This keeps the prices of the watches down. But does it really work? Check out our hands-on report below. 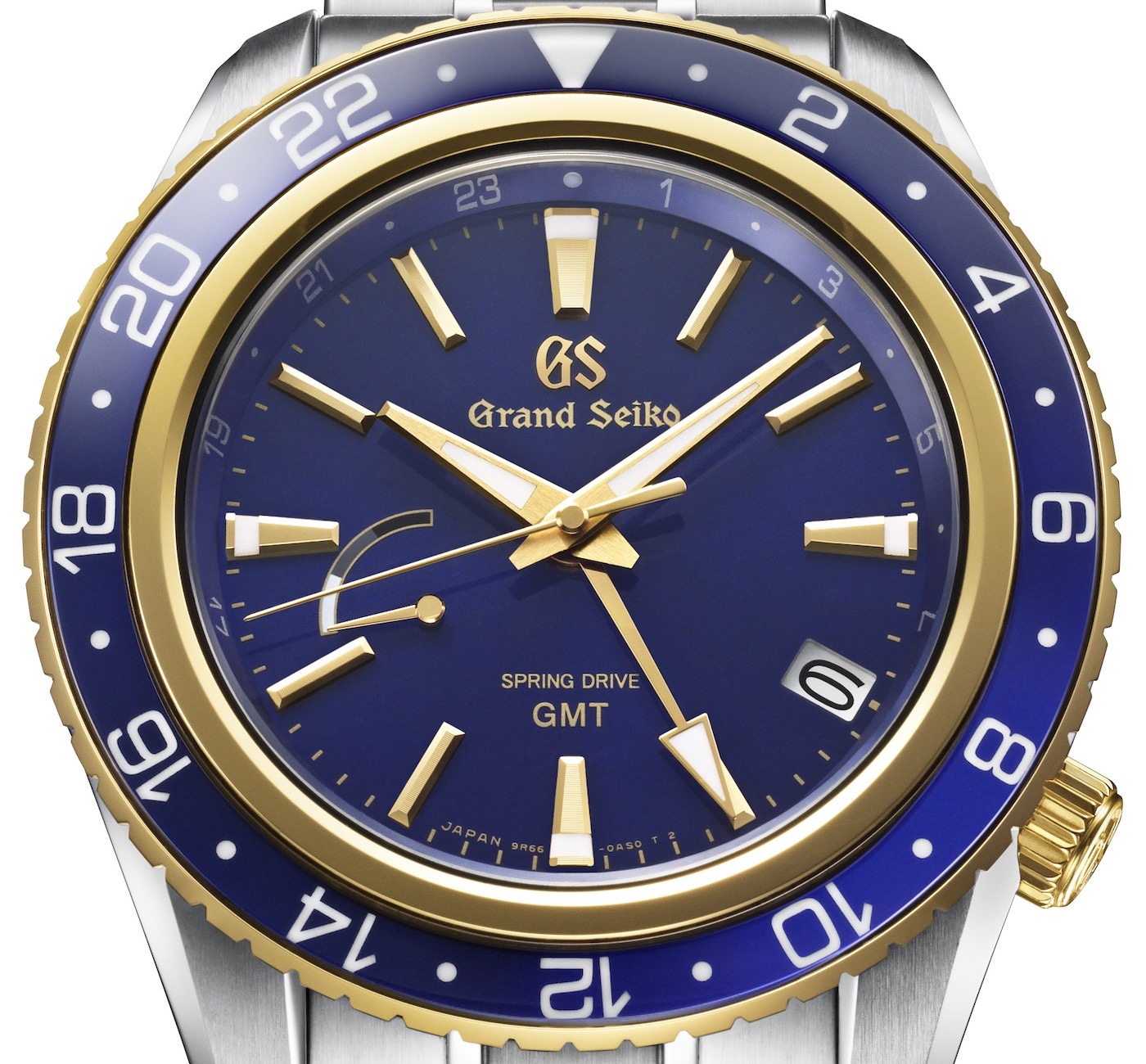 Grand Seiko has been on fire lately. Its new releases at Baselworld this year are certainly striking and interesting, and their newest watch is equally eye-catching. What you are looking at is the new Grand Seiko Spring Drive GMT SBGE248. We have seen Grand Seiko GMT watches before but never one in such an eye-grabbing colorway. The SBGE248 features a rich blue dial with gold hands and markers. Not to be outdone, the sapphire bezel features an 18k yellow gold surround — a first for Grand Seiko. I think it’s safe to say that this watch won’t be to everyone’s taste, but you have to applaud Grand Seiko for its daring.