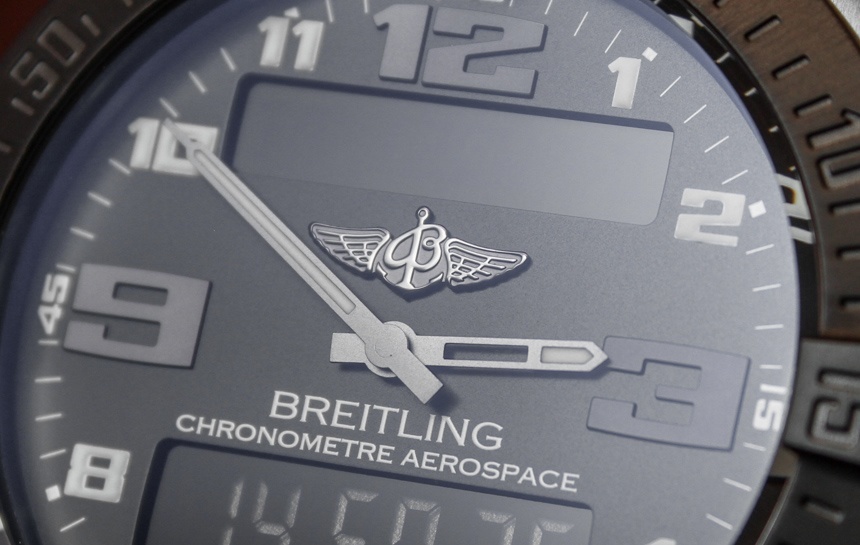 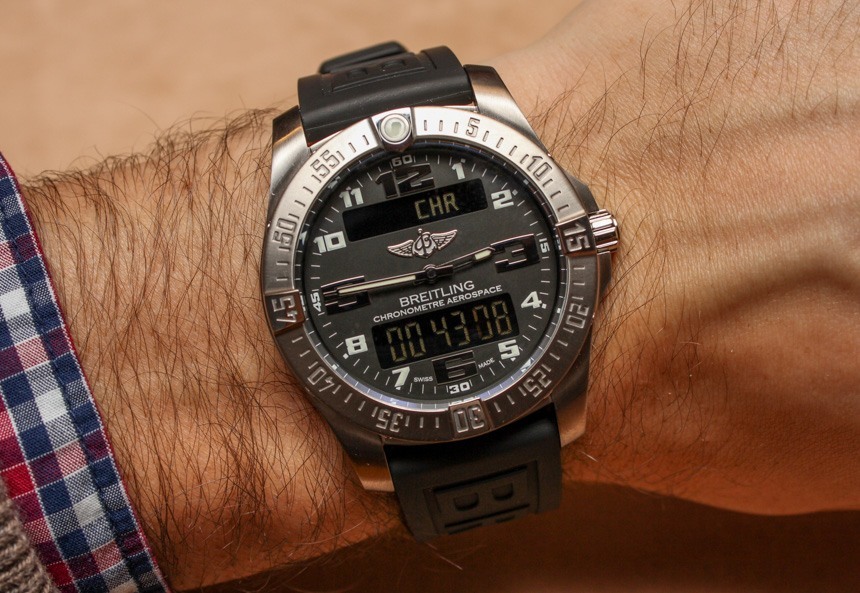 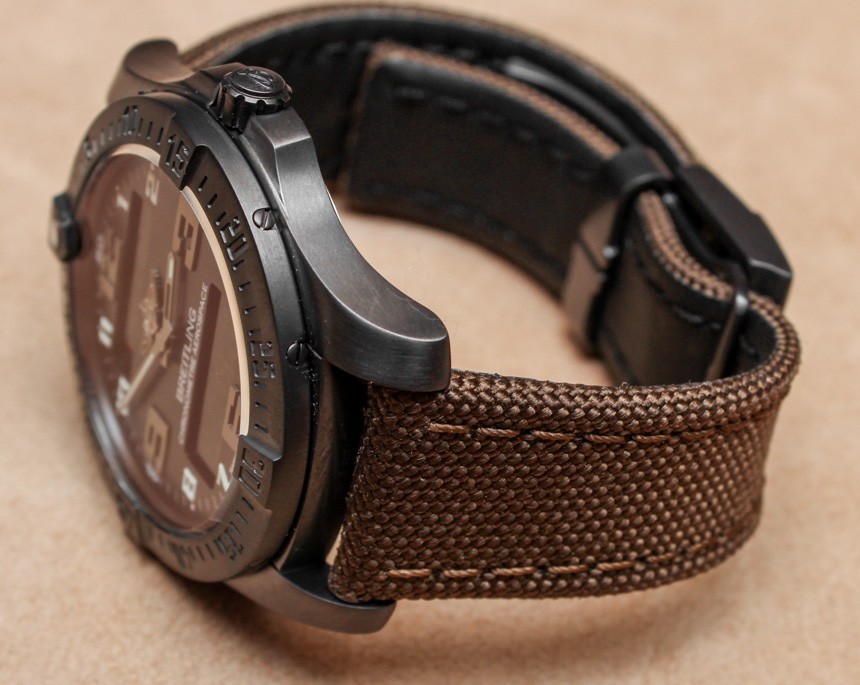 Why did I add that caveat? Well, this is a luxury quartz watch in a world without that many luxury quartz watches. In fact, I have praised Breitling before on its decision to continue offering quartz watches as part of their collection. Some of the people who wear Breitling watches do actually require an electronically accurate timekeeper, and for them, mechanical timepieces really won’t do. The ETA-produced Breitling caliber 79 inside of the Breitling Aerospace Evo is a thermo-compensated “SuperQuartz” which is accurate to within seconds per year. That is much more accurate than your standard $20 quartz watch. In addition to being a COSC Chronometer certified Swiss quartz movement, the caliber 79 also features a range of other functions such as a chronograph, countdown timer, perpetual calendar alarm, second timezone, and more. 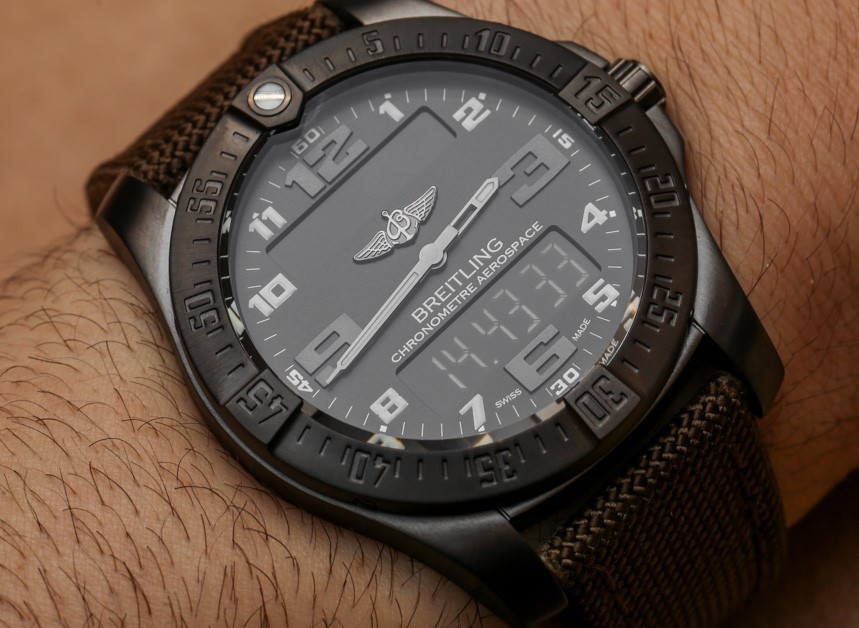 When the Breitling Aerospace collection first came out in 1985, it was probably a bit of a big deal. Well enough that Breitling has been a popular choice for pilots of all types for years. What I’ve always appreciated about the Aerospace collection is that, true to its name, it has focused on modern aircraft versus only looking at the past. 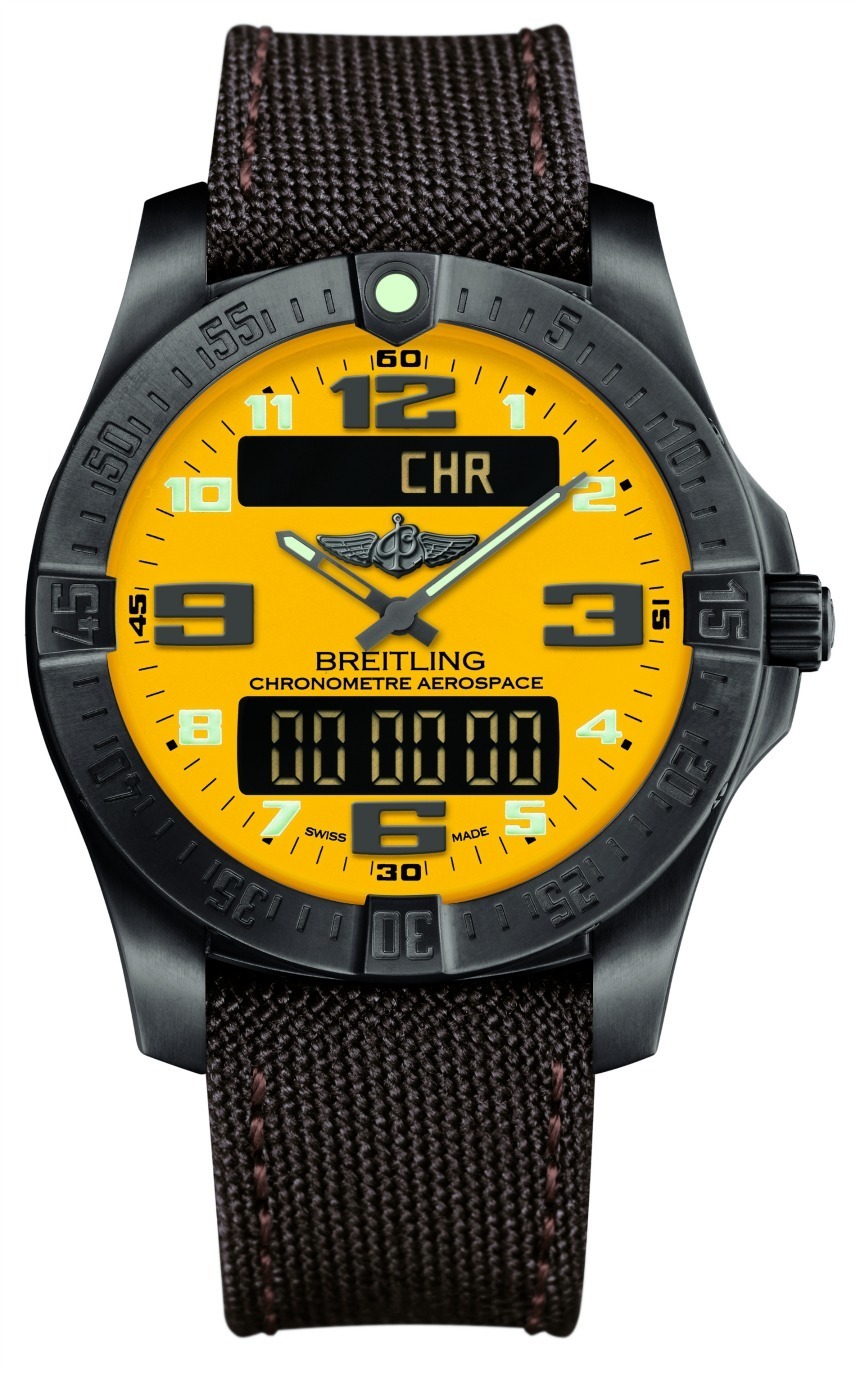 Not that Breitling doesn’t have its fair share of “retro-themed” pilot watches, but at least they also have modern ones. I get as nostalgic as most about the past, but sometimes, I crave stuff which is a lot more modern. Speaking of that, modern Aerospace watches are typified by their “ana-digi” dials which combine analog hands and two LCD screens which display additional information. While Breitling does offer other SuperQuartz watches with two other pushers, the Aerospace has always been about controlling everything via the crown. 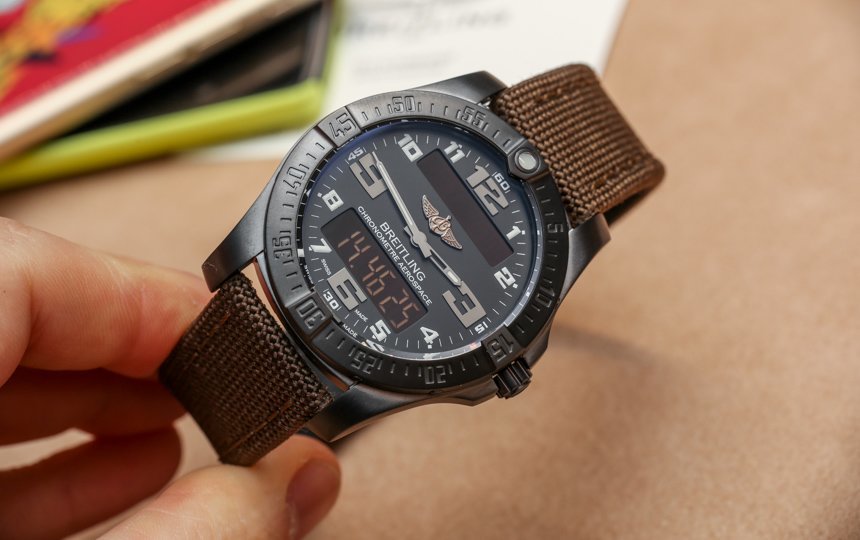 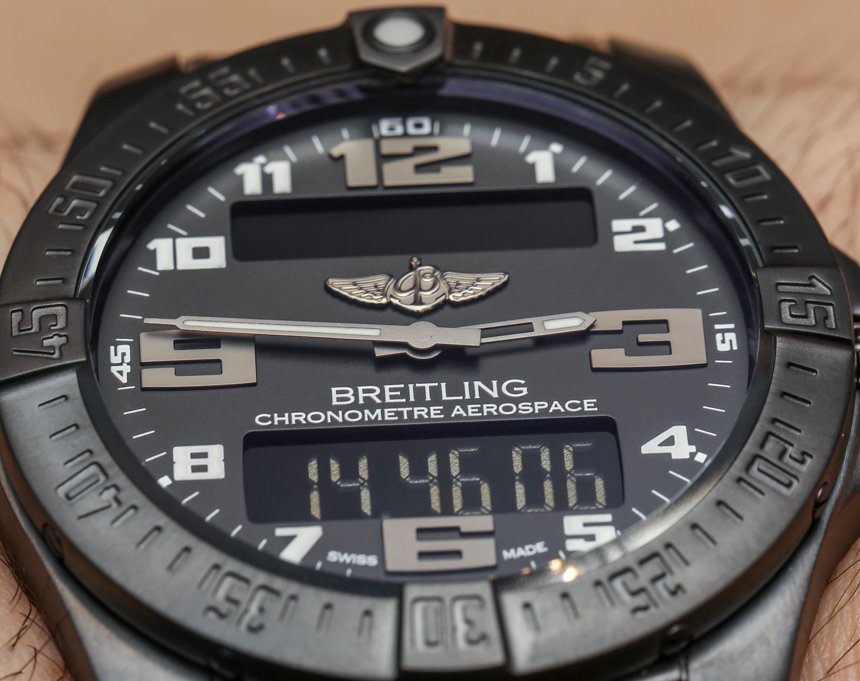 Using all the functions is easy enough, but ever since Breitling debuted their brilliant B55 Connected watch that uses Bluetooth to make it easier to control a watch with an app on your phone… I’ve been eager to see that technology hit the market, as well as other Breitling watches. I really think that a circa $5,000 Swiss quartz watch with a lot of great features that works in tandem with a phone to collect that data and use the functions on that watch would be excellent. Say, for example, you want to do something simple like make sure your watch indicates the time in some other city. Why mess around on the watch using complex controls when you can just command it to do that via your phone. 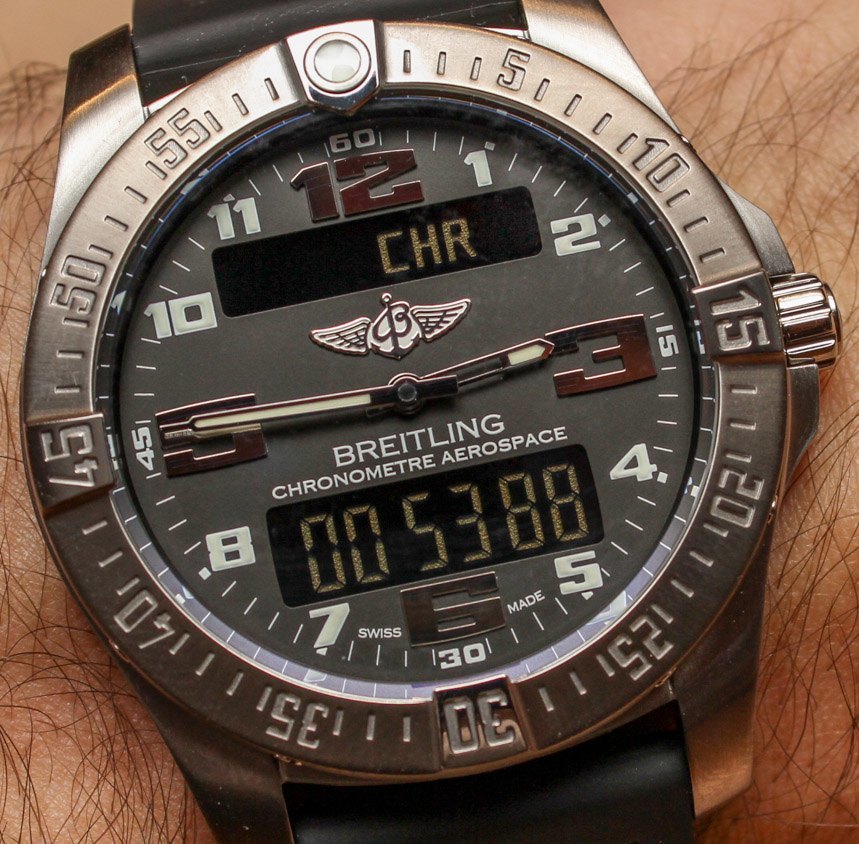 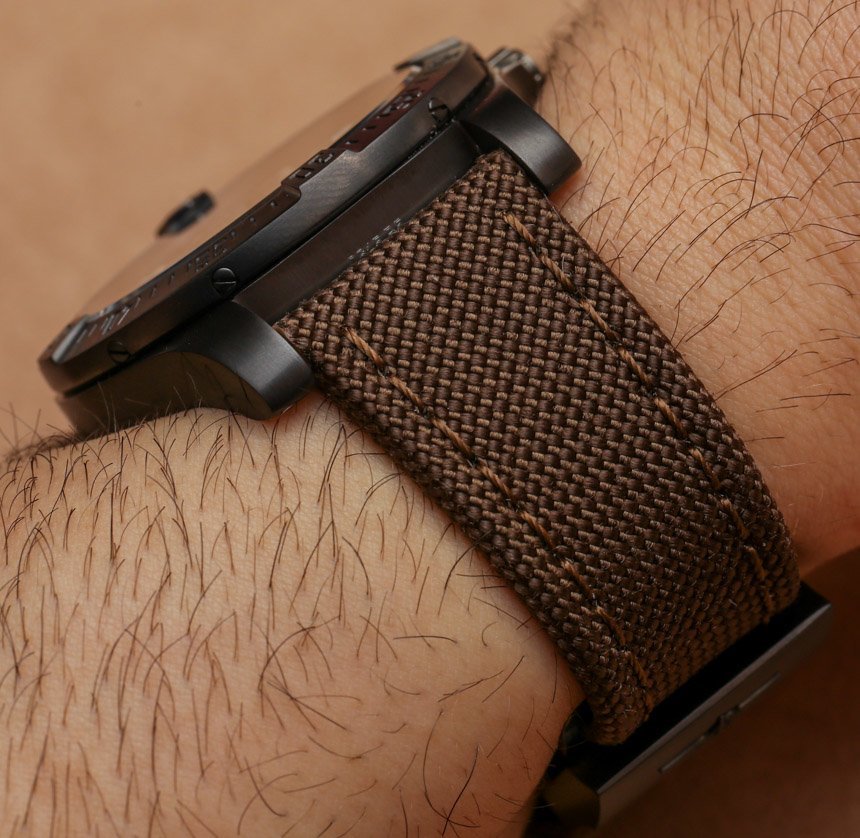 Anyhow, the Breitling Aerospace Evo Night Mission comes in a 43mm-wide black PVD-coated titanium case that is water resistant to 100 meters and sits thin on the wrist despite the rotating bezel. The standard dial is the “Volcano Black” version, and the limited edition yellow dial is available as well. 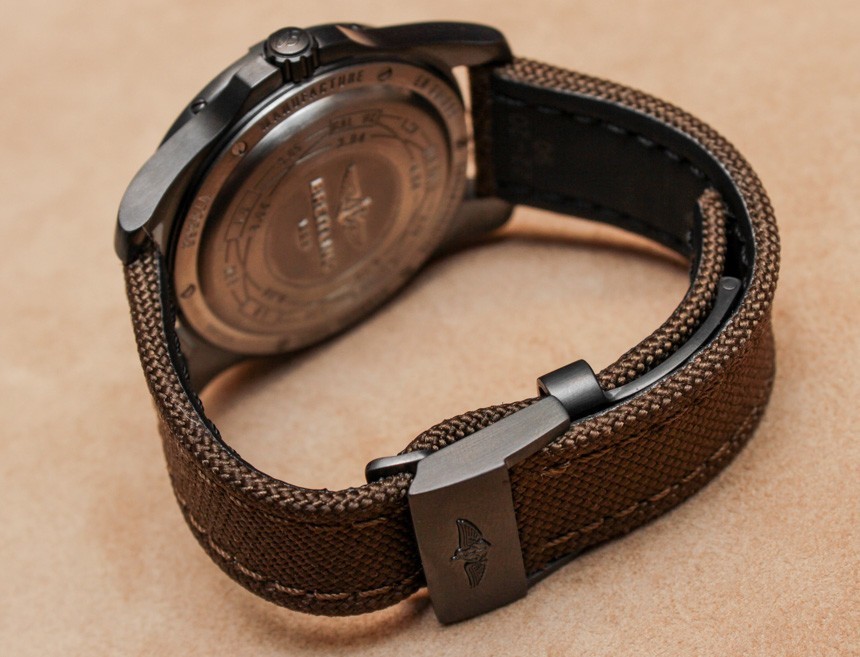 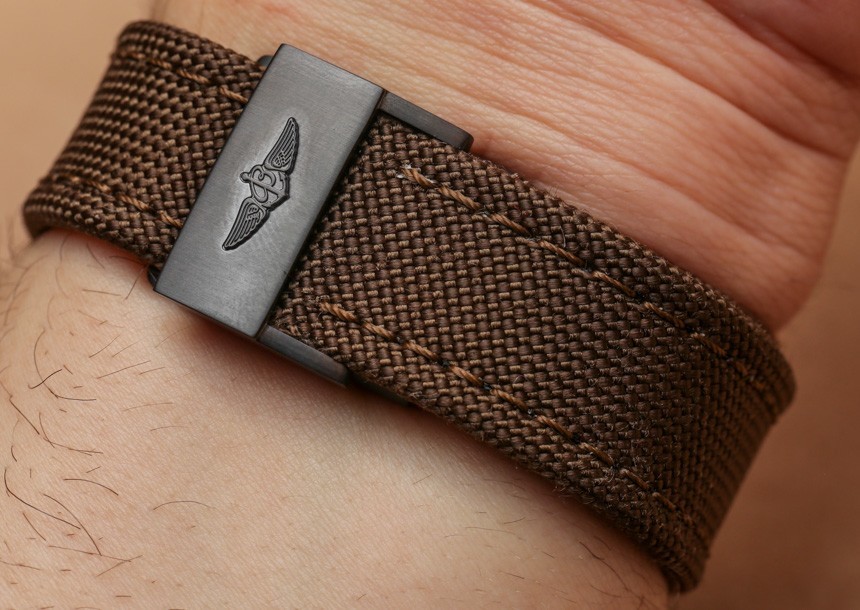 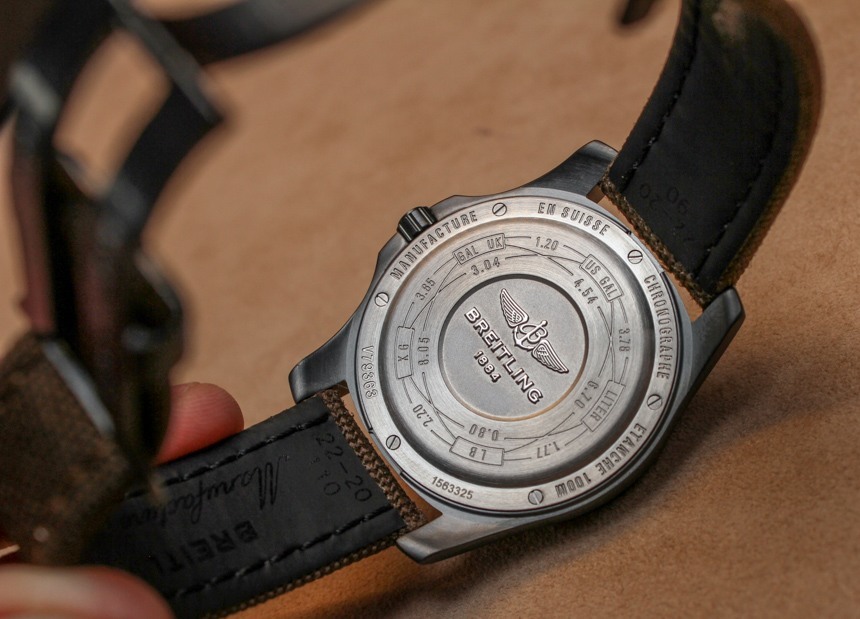 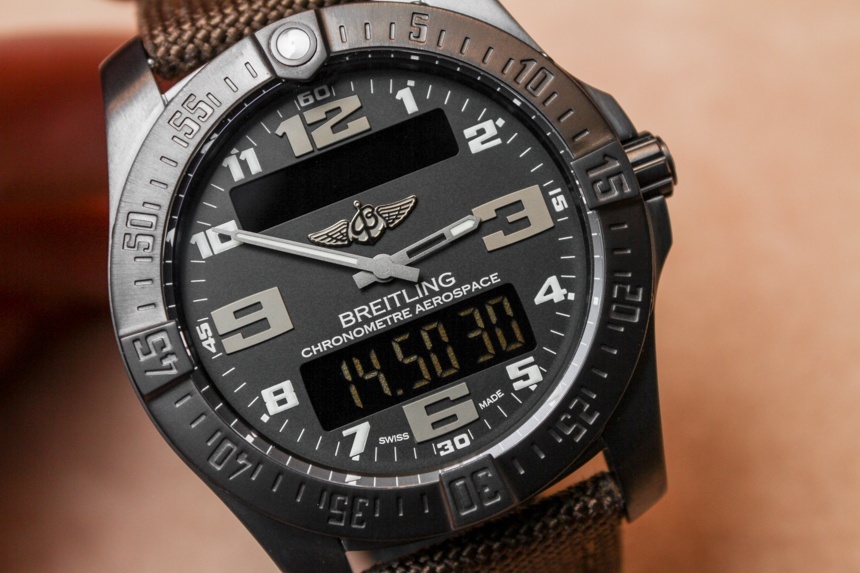 While these are cool watches and Breitling continues to see success with them, I am of the opinion that pricing is a little out of whack. The Aerospace was once a great entry-point into the Breitling brand, and the good price matched the quartz nature of the watch. We now have mechanical Breitling watches that are in some instances less expensive than their quartz models (despite the fact that SuperQuartz movements are not cheap like other quartz movements). I’ve always felt that Breitling should keep the Aerospace collection in the $3,000 – $3,500 range – but it has been a while since they had price points like that. The Breitling Aerospace Evo Night Mission has a retail price of $5,290, while the limited edition of 300 pieces Aerospace Evo Night Mission 30th anniversary watch is priced at $5,740. breitling.com