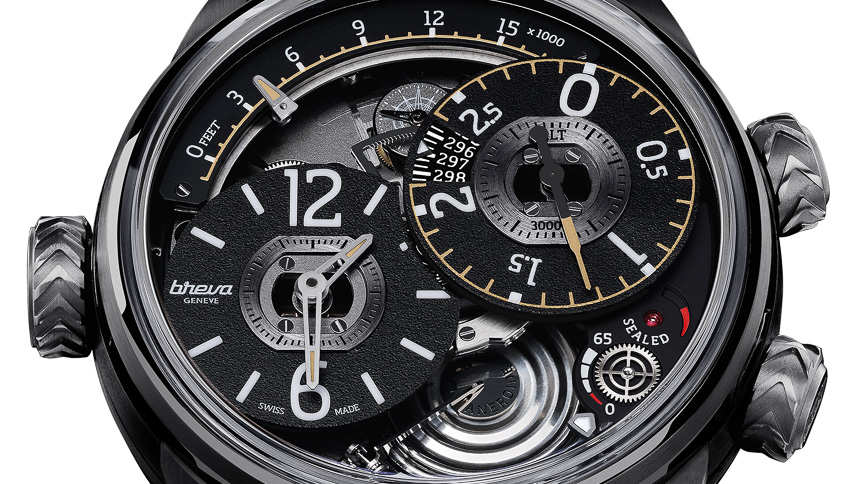 Earlier in 2014 we showed you the newest creation by Breva, their Genie 02 Altimeter watch with a hands-on look. It followed up the Genie 01 watches from 2013 that included a barometer. For Baselworld 2014, Breva is adding an additional version of the Genie 02 with the Genie 02 Air produced in a titanium case that has been coated in black and bears slightly different dial and calibration.

The Genie 02 is a rather complicated watch given the fact that it has a mechanical altimeter in it. When Breva originally released the Genie 02 they tried to pen it as a watch for use on high mountains while skiing to check your altitude. I figured it made a bit more sense for them to focus on it being an aviation watch. So that is exactly what they did with the Genie 02 Air. 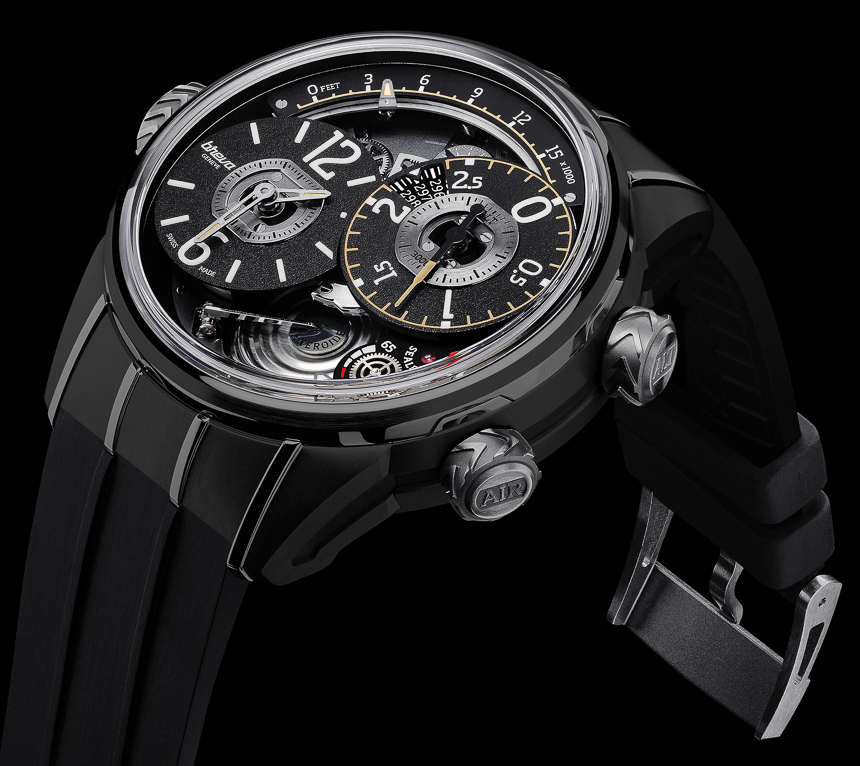 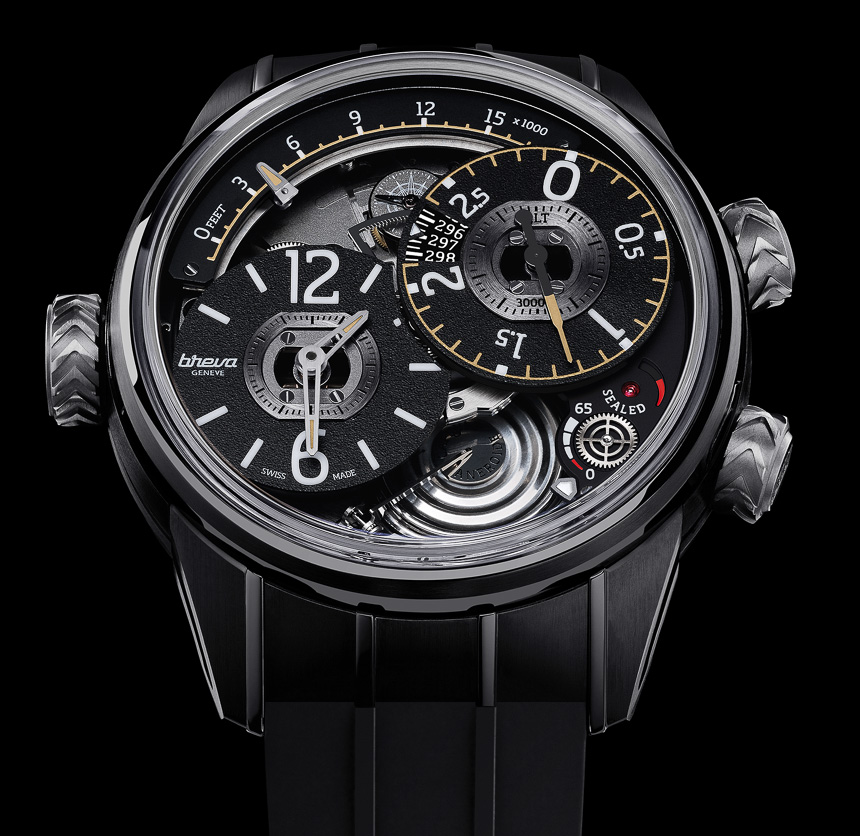 As an aviation watch, I think the Genie 02 Air makes a bit more sense given the complication and who it is useful for. The Genie 02 Air in many ways is the ultimate cool mechanical toy. I doubt anyone would use it as a life-saving instrument, but as a back up to an electronic instrument it might be cool to wear on the wrist while flying, either as a pilot or passenger. I do suggest that you click on the link above to learn more about Breva and the Genie 02 altimeter watch in general. Price is $132,000. breva-watch.com 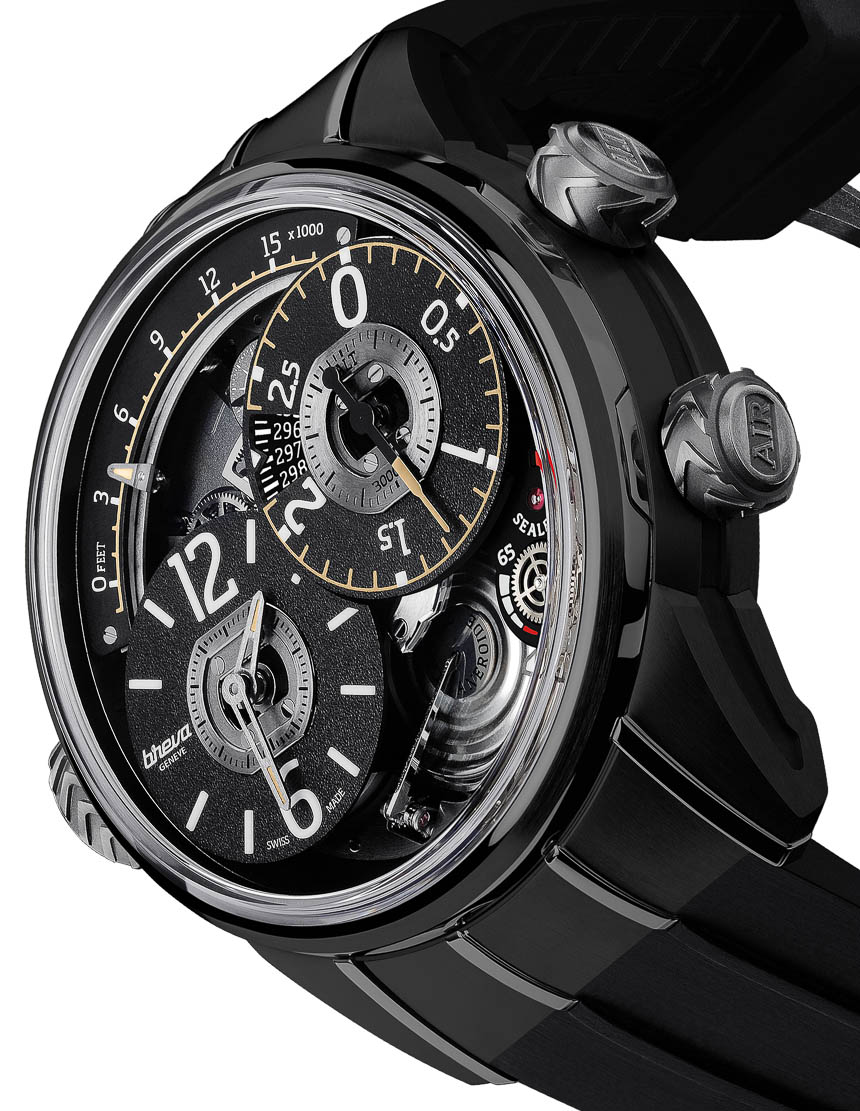