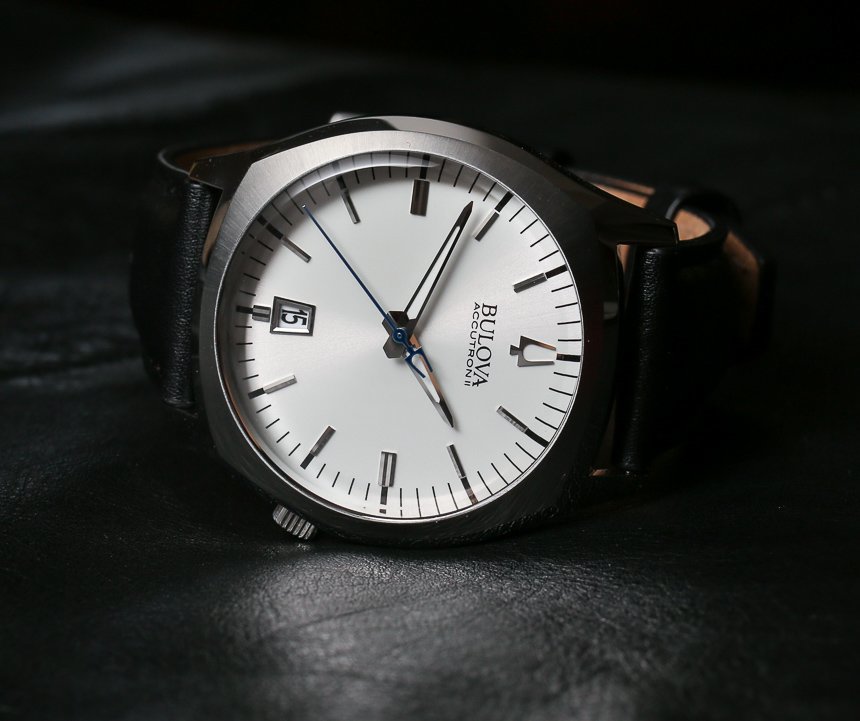 You might be surprised when I get excited about a three-hand quartz watch such as this Bulova Accutron II Surveyor ref. 96B213. I know, it is uncommon for me, but read on in the review, and I will explain why I think this is a timepiece collection worth knowing about.

Sometimes I come across as being a major watch snob; and in effect, that is true. I am highly judgmental in how I evaluate timepieces from both a technical and aesthetic perspective. Sure taste is a matter of opinion, but within my set of opinions I am rather critical as to what I like and what I don’t. Now having said that, a common misconception some people have is that I only like expensive watch watches. That isn’t exactly the case. 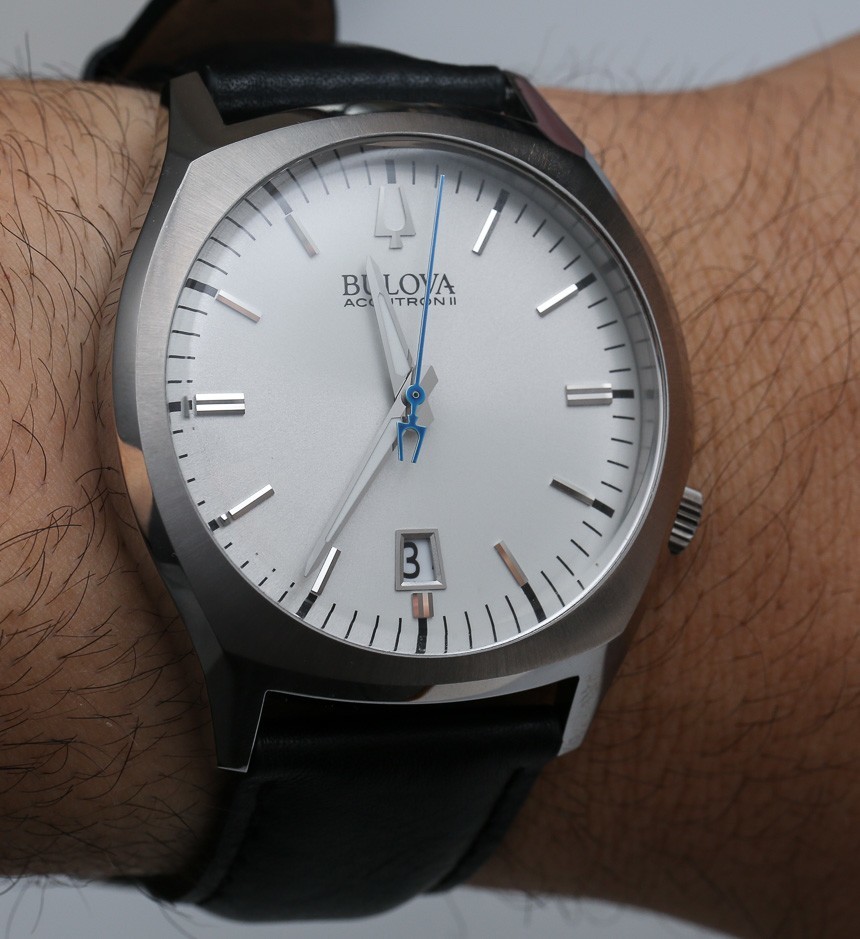 Expensive watches tend to be those which have the best materials, most interesting designs, coolest movements, and overall better composition compared to more mass market watches that strive to remain at or below a certain price level. Of course I am going to be most excited by items produced where cost is less of an issue than those which must make sacrifices for the bean counters. For that reason, it can often appear that my personal interests lay exclusively with high-end fare. But that isn’t true.

A good example of my broad tastes is how excited I get when reviewing a new Casio G-Shock with improved features or a simple tool watch that focuses on strict utility. So it isn’t that I don’t like cheap watches, it is rather that I don’t like poorly executed, unfocused watches. So where does that leave this new Bulova and the new Accutron II collection. In short, these are an excellent way to get a genuinely cool watch at a price under $500. 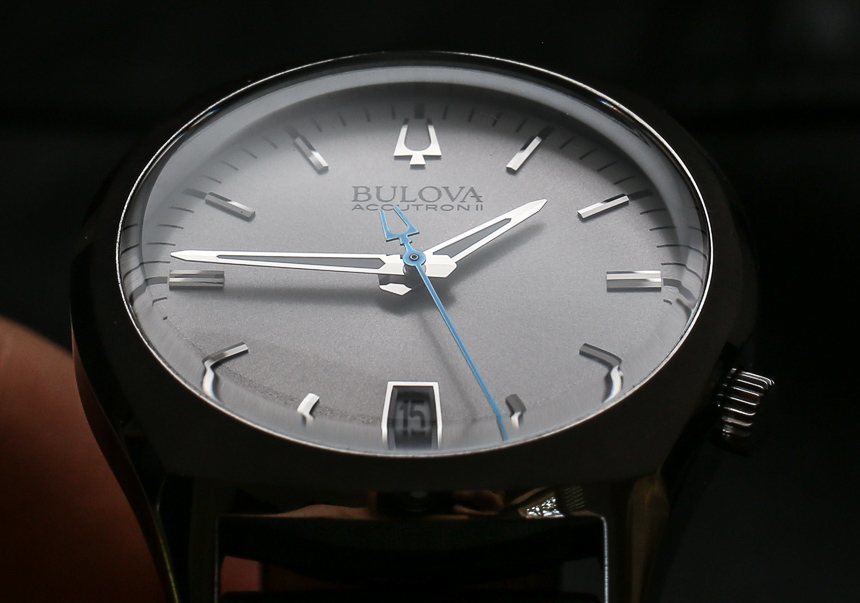 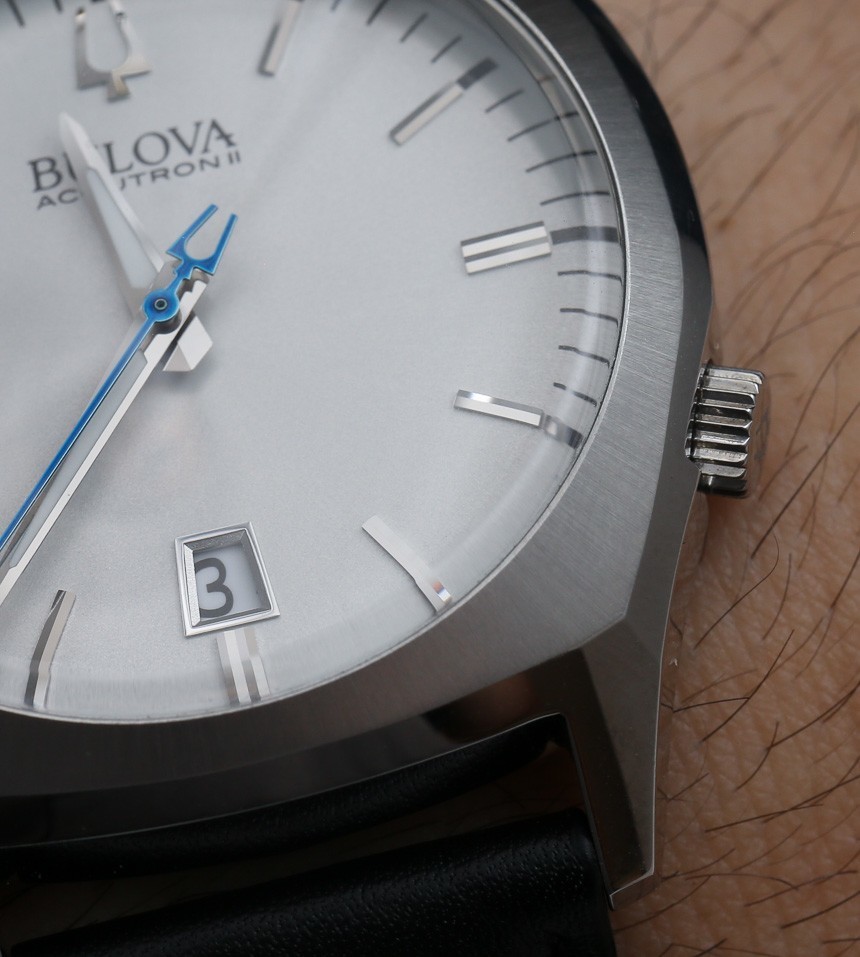 2014 sees the release of the Accutron II collection from Bulova, but explaining it within the historic and modern context of the Bulova brand is a bit complicated. Accutron was the name of the sub-brand Bulova launched in 1960 to house its highly successful electronic tuning fork movements. These pre-quartz movements were the height of watch technology for about a decade. At Baselworld 2014 one of the new Bulova watches released was the Accutron II Alpha collection, which is in honor of the iconic Spaceview. You can read that article for a bit more historic context. 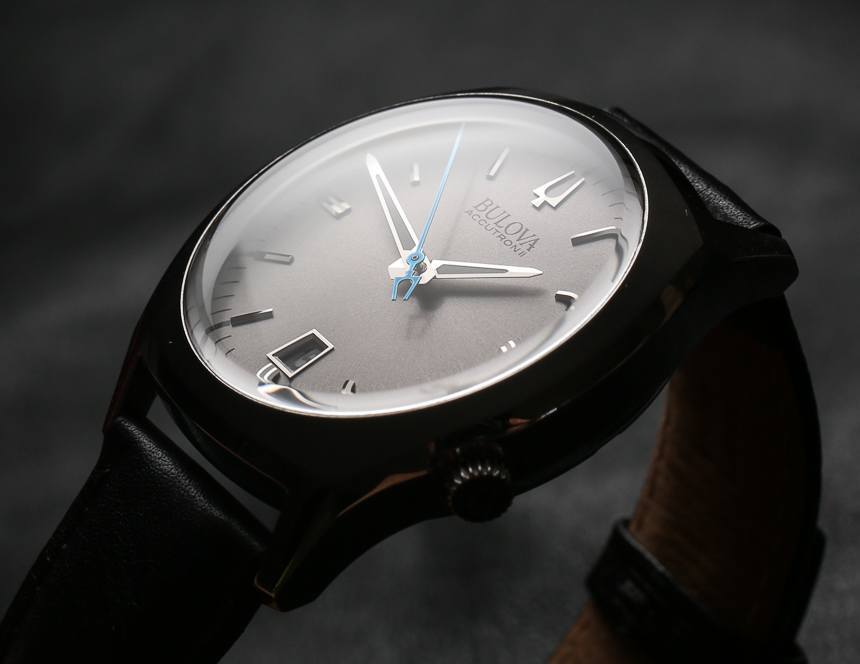 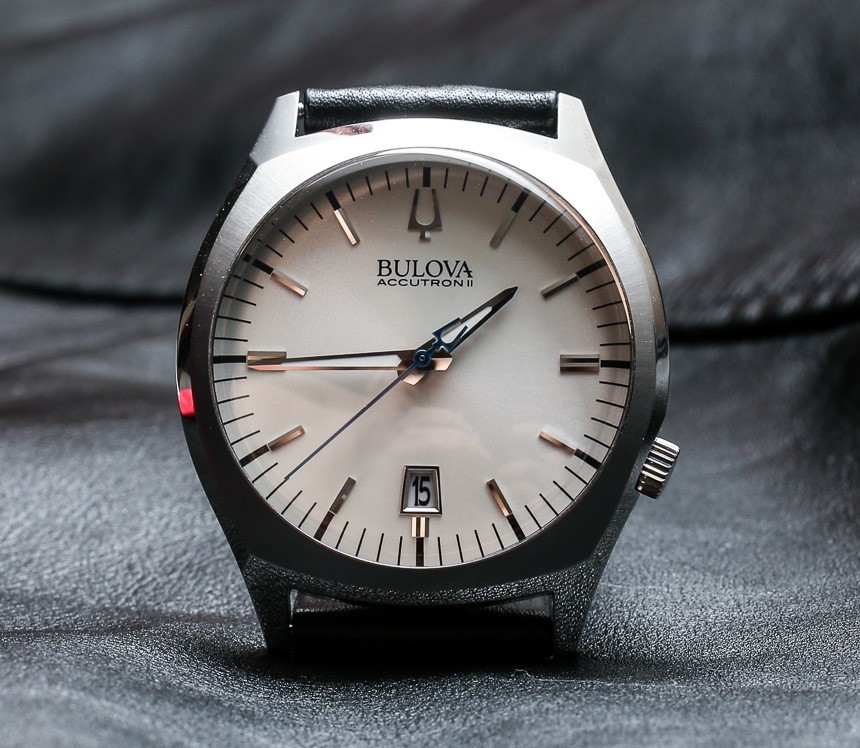 It is important to note that the Precisionist movement in the Accutron II collection of watches is slightly different than the movement in the larger Precisionist watches (collection). That is because in order to reduce the size of the movement for these more classic timepieces Bulova needed to use smaller batteries. To maintain the same three year battery life Bulova slowed down the frequency of the watch so that is uses a bit less power. So what does all this mean? Basically in order to have a watch that is not so large, Bulova decided to offer a bit less accuracy. Having said that, these are still much more accurate than “traditional” quartz movements. So while the larger Precisionist movements are “way” more accurate than most quartz movements, the Accutron II Precisionist movements are “much” more accurate.

How accurate? Well the original Precisionist was accurate to about 5-10 seconds per year. The Accutron II Precisionist is I believe accurate to about 5 or so second per month operating at a frequency of 262,144 Hz. Having said that, you really don’t hear people complain about the accuracy of traditional quartz watches. Though what people do complain about is the tick, tick, ticking seconds hand of a quartz watch. 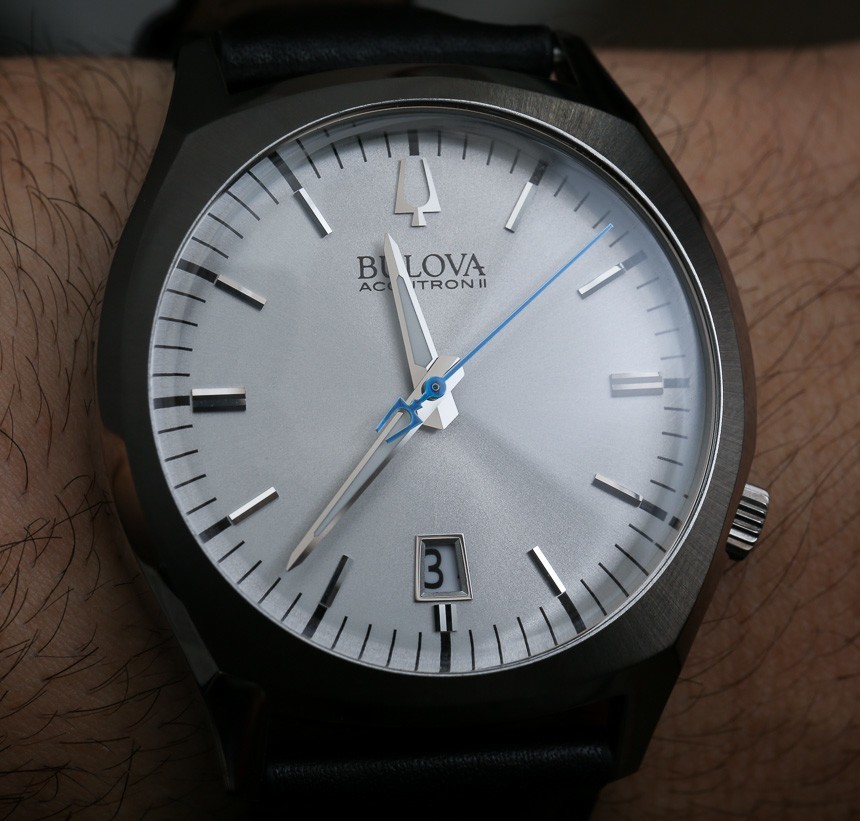 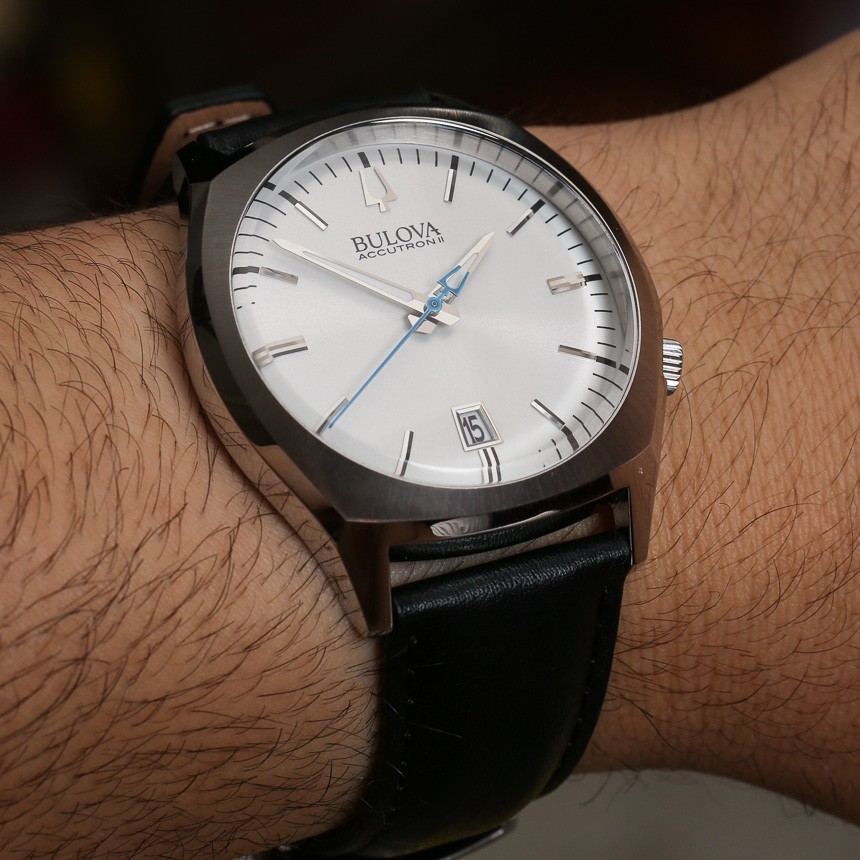 Precisionist movements have sweeping seconds hands like those on mechanical watches. They don’t tick and it would be easy for someone seeing these to believe an Accutron II is a mechanical watch. Further, the 2014 Accutron II collection is very much made up of classic designs, such this Bulova Accutron II Surveyor and other models. There is a very healthy Accutron II variety this year, and I anticipate that many more will continue to come.

This particular dial style comes matched to a round case or this quasi-cushion-shaped case. At 41mm wide, I felt the size was nice, being neither too small or too large, and the unique look of the case makes the simple dial feel a bit more interesting. For a watch at this modest price level the fit and finishing are pretty nice. 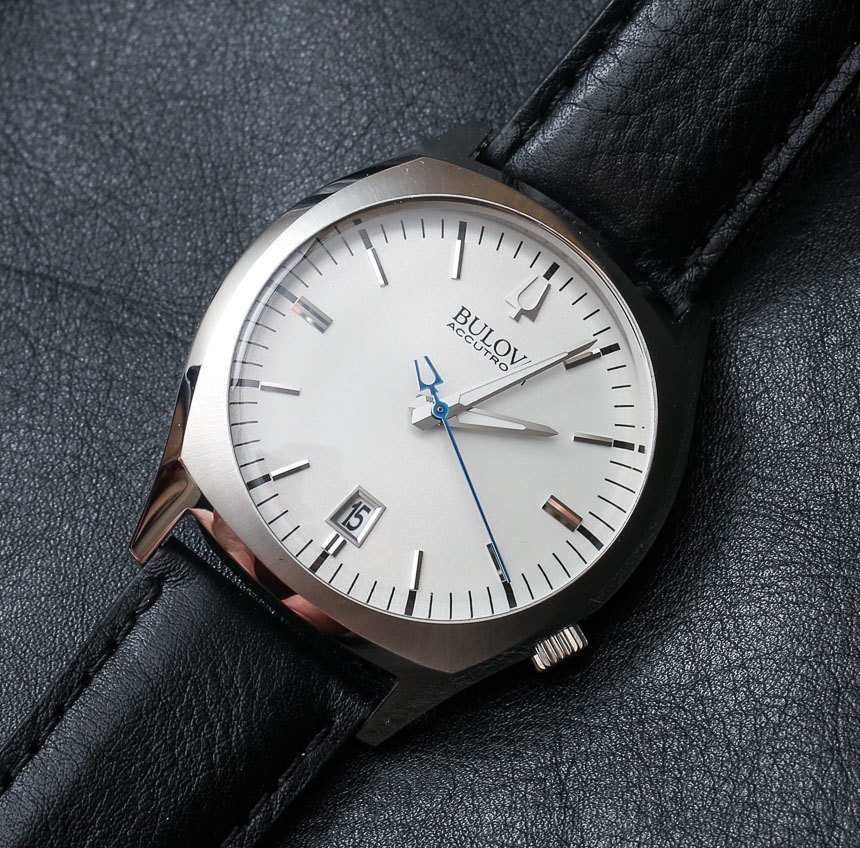