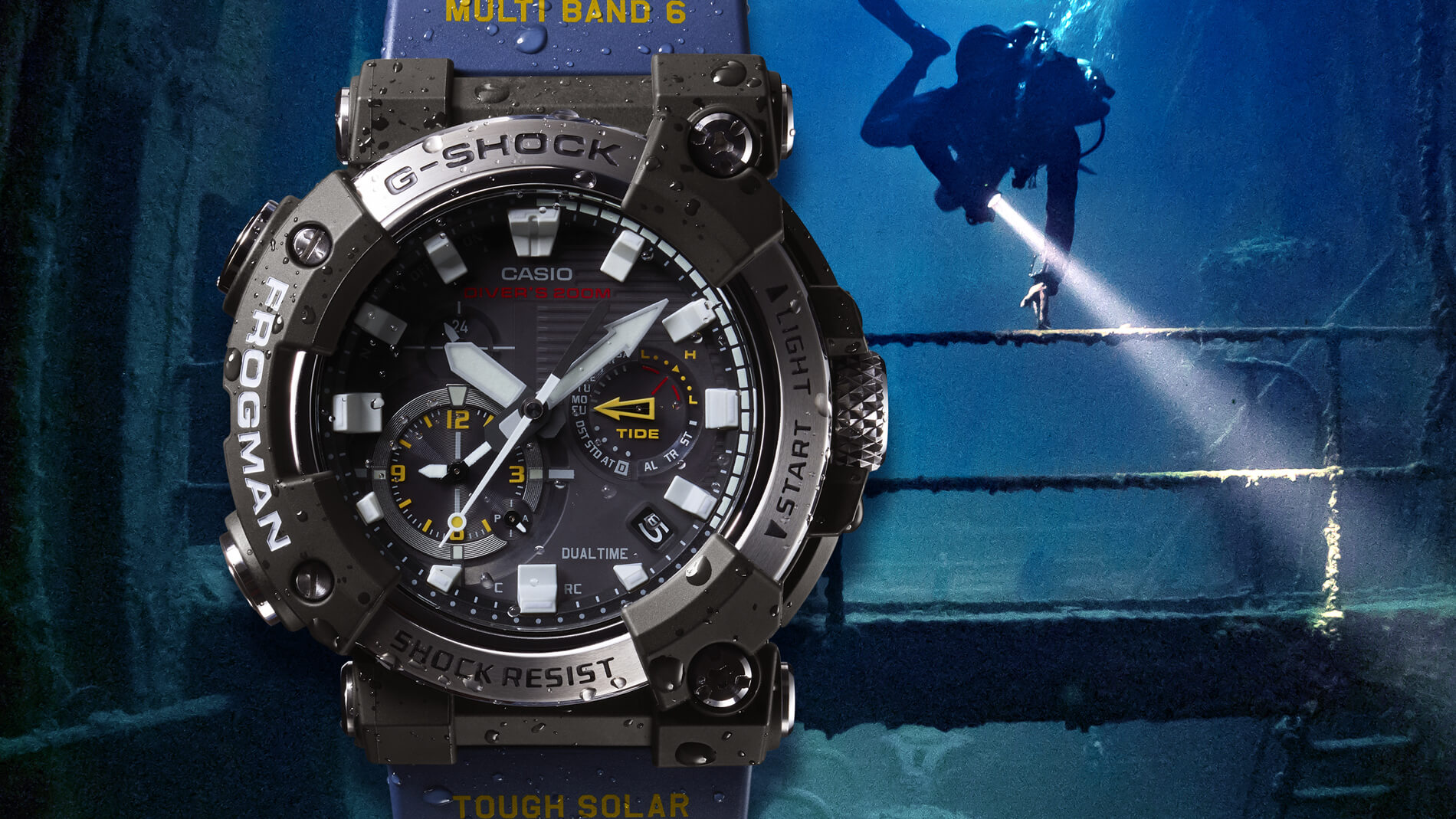 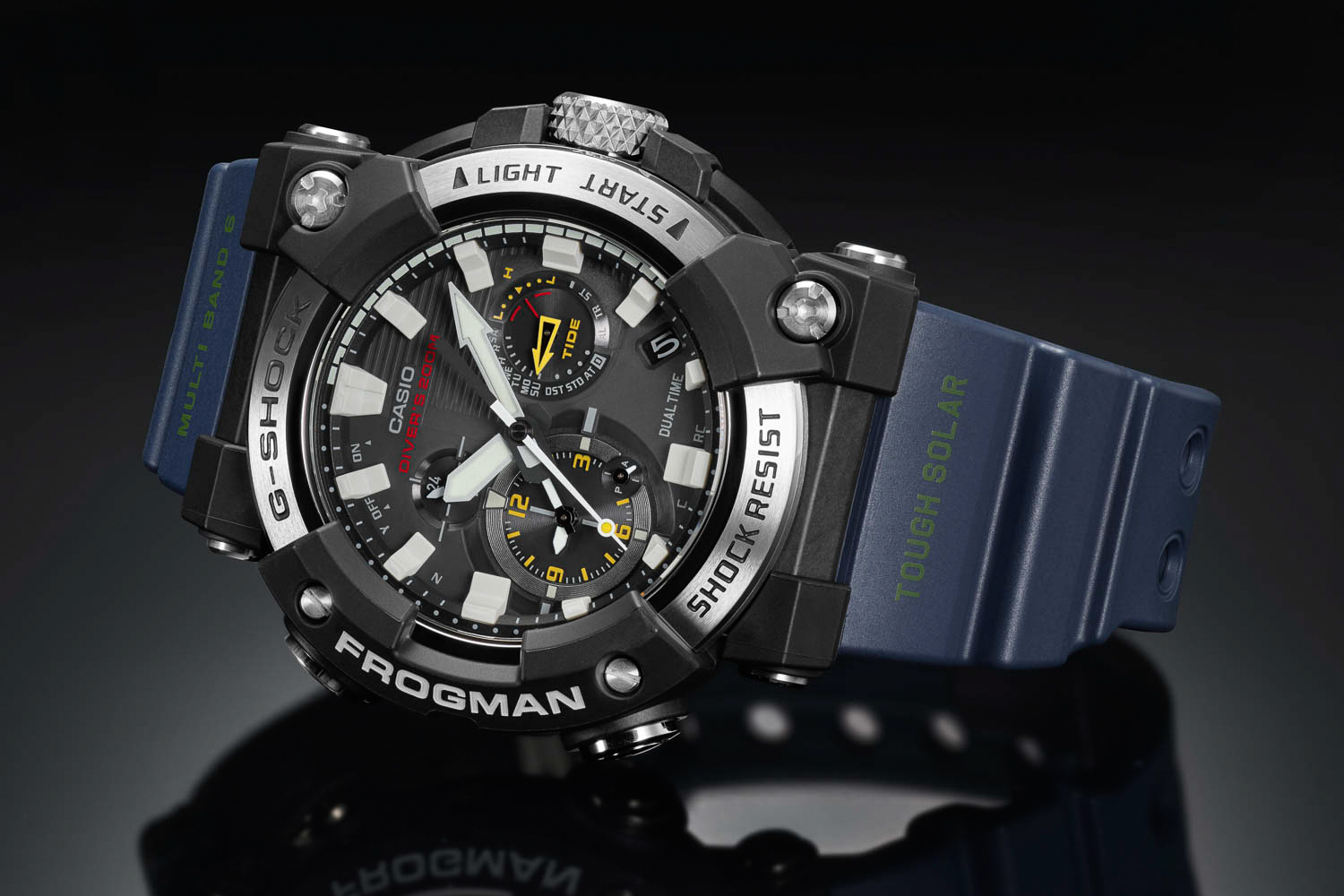 When it comes to the G-Shock “Master of G” series of high-end, purpose-specific references (Mudmaster, Rangeman, etc.) the conversation simply can’t be had without a mention of the iconic Frogman, which kicked off the sub-collection and has been there from the very beginning when it was introduced in 1993. New for 2020, Casio has introduced its first-ever analog Frogman — a full-fledged, ISO-6425-rated connected dive watch that introduces an entirely new suite of functionality (while shaving off one very key feature) to yield a watch that deftly continues the long traditions of the Frogman’s impressive capability. 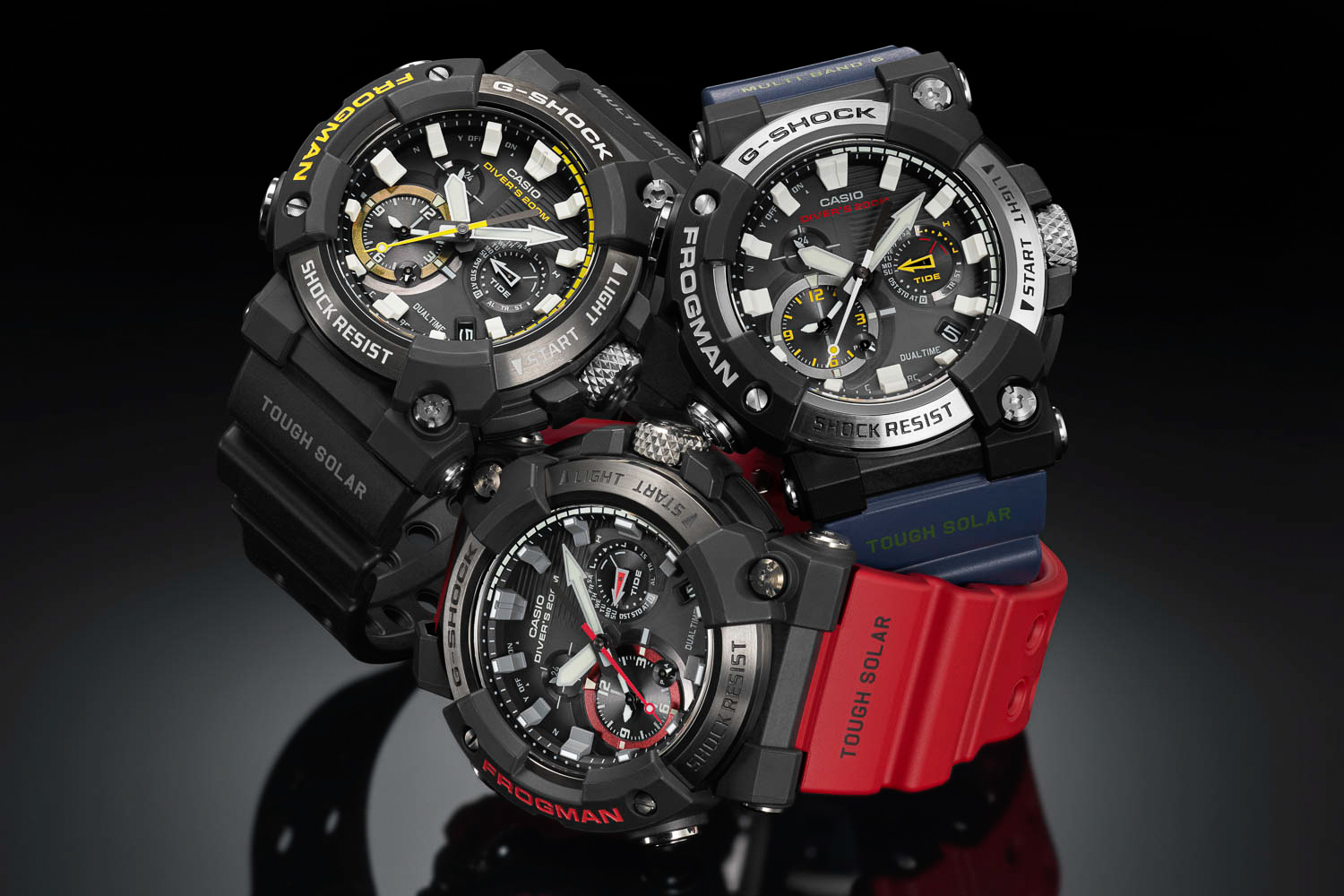 The new Frogman (ref. GWF-A1000 – where “A” most likely stands for Analog) is not designed to replace, but rather to complement the current digital Frogman (ref. GWF-D1000 — where “D” stands for Digital), which was introduced in 2016. Both versions of the watch are water resistant to 200 meters, shock resistant, and equipped with Casio’s “Tough Solar” sun-powered movement with a six-band atomic clock accuracy control system. But the aging triple-sensor-equipped digital version still houses a feature that the new connected analog variant does not: a depth gauge. It might feel like a crucial omission, but the new Frogman looks to make up for it with an all-new G-Shock Frogman app, which does everything from managing time adjustments and changing watch settings to checking on local tide conditions, managing a long-term dive log, exceeding the digital version (which could only remember up to 20 dives). 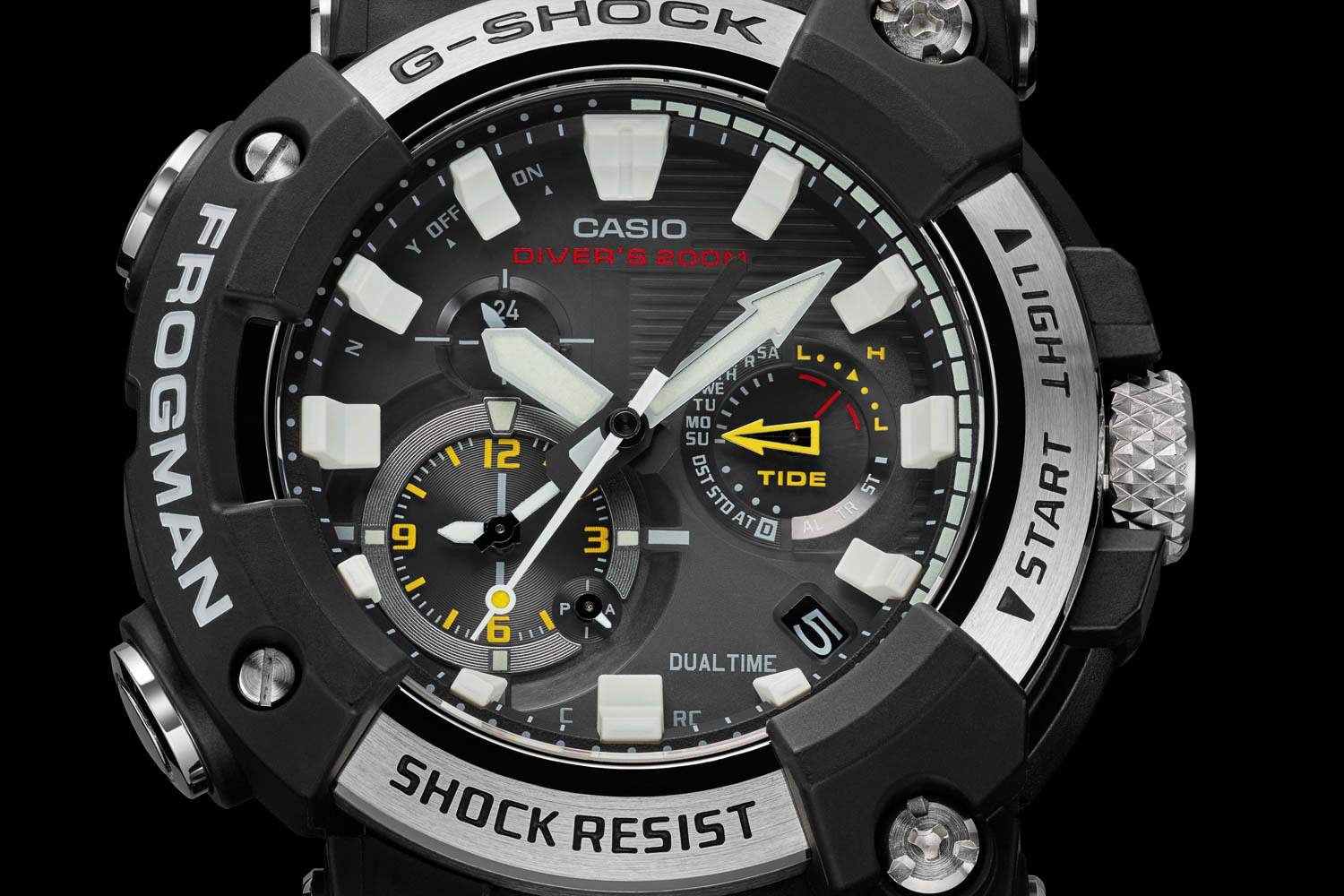 Like any traditional analog watch, the new Frogman doesn’t have the luxury of hiding any of its functionality behind a digital menu system, so it’s understandable that the majority of its capability slave to the app functionality in order to keep the dial legible. It also makes a fair amount of sense to devote a large part of its dial real estate to the watch’s dual-time functionality, seeing as the majority of the world’s sport divers are also avid travelers, by necessity, in order to get to their favorite dive spots. As Casio does with its other premium Bluetooth-enabled G-Shocks, setting both “home” and “local” times is a breeze with the app. And in lieu of showing current depth, the primary utility of the new Frogman is as a dedicated dive and surface interval timer. Where a traditional analog dive watch would do this by means of reading the minute hand against a rotating bezel, the Frogman does this without a bezel by decoupling and overlapping the handset, which then acts as a running singular 60 minute counter when the watch hits the water — not entirely unlike a Regulateur dive watch, of which there’s only one that I’m aware of. 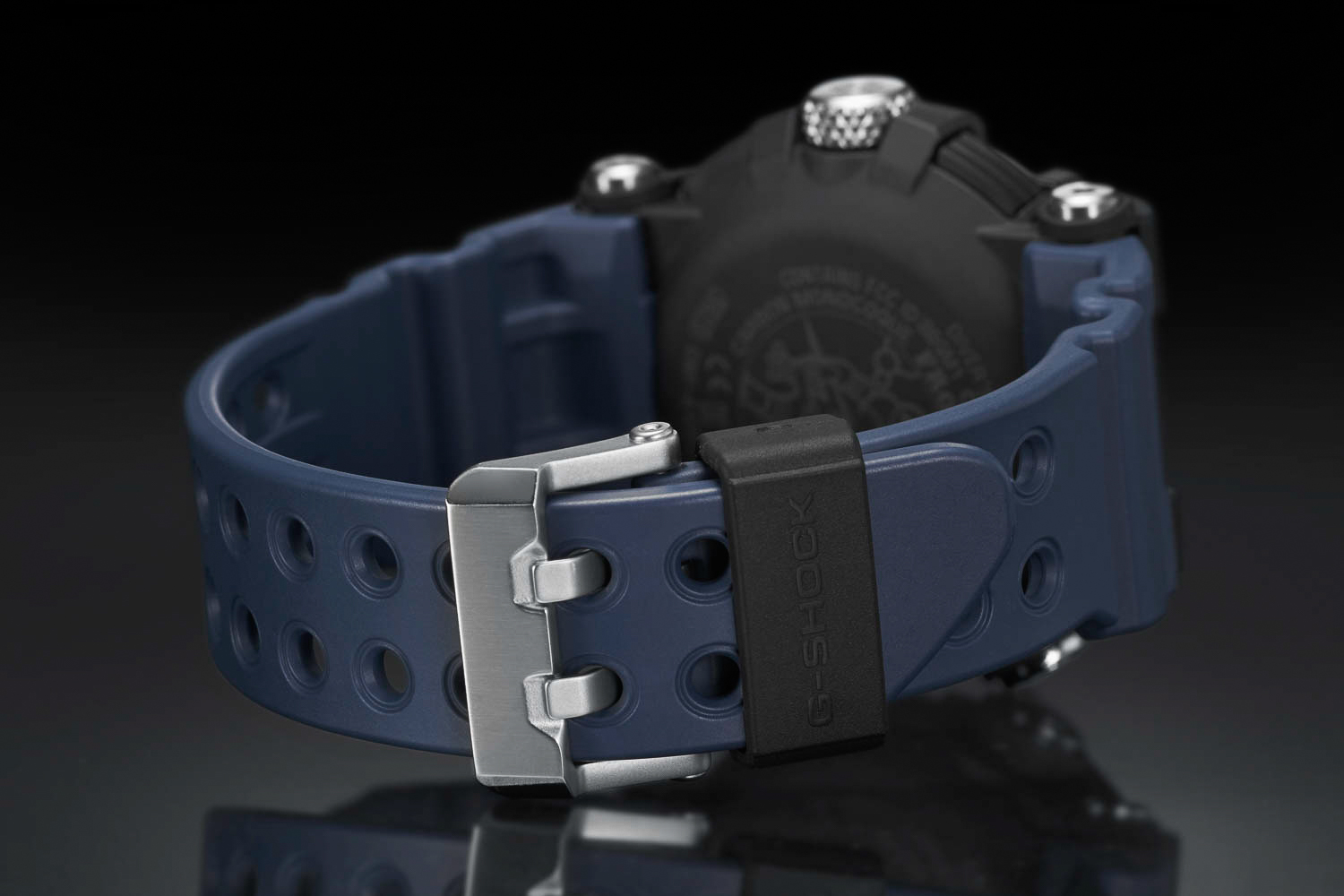 The overlapping hand utility in the movement is really quite cool, and it would be perfectly tailored for measuring depth or acting as a compass (another feature notably absent from this reference), but even without it, the new Frogman is a very neat piece of kit that any frequent-flying sport diver should be able to appreciate — just as long as it’s paired with a proper dive computer. The Casio G-Shock analog Frogman has a price of $800 and is expected to hit retailers in June. Learn more about the new Frogman at gshock.com.