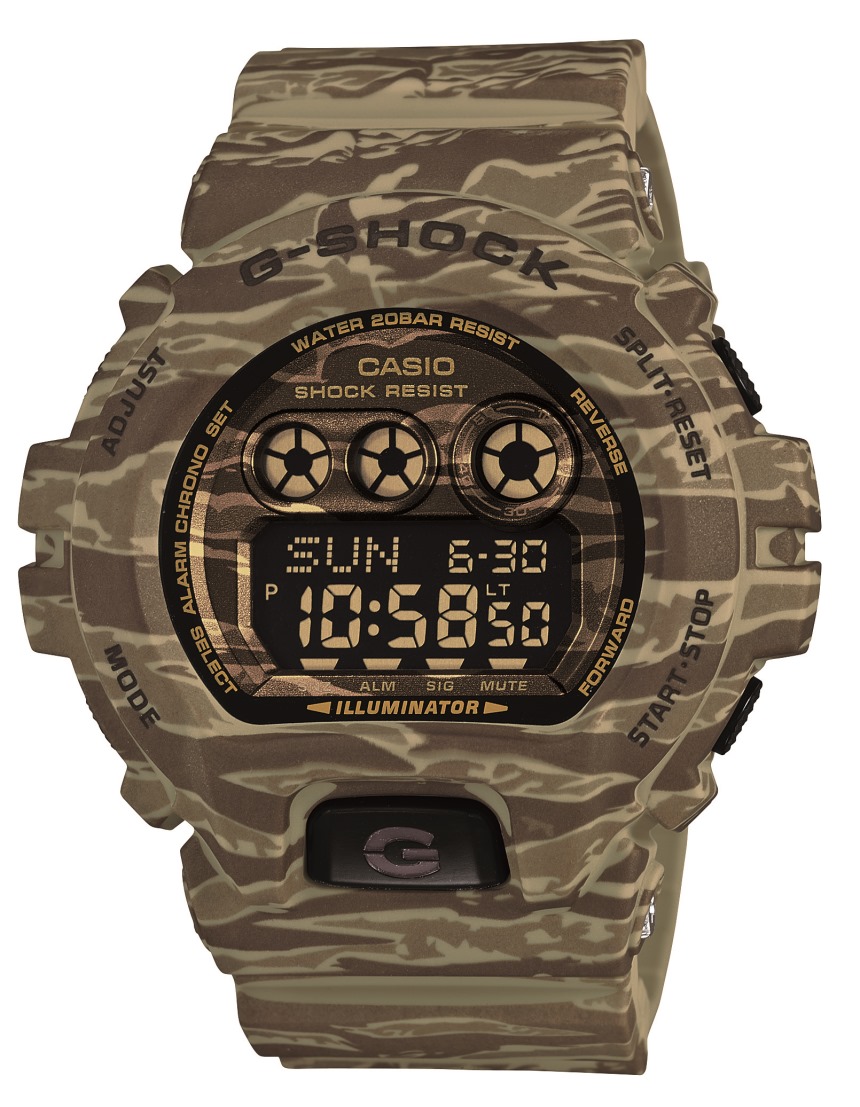 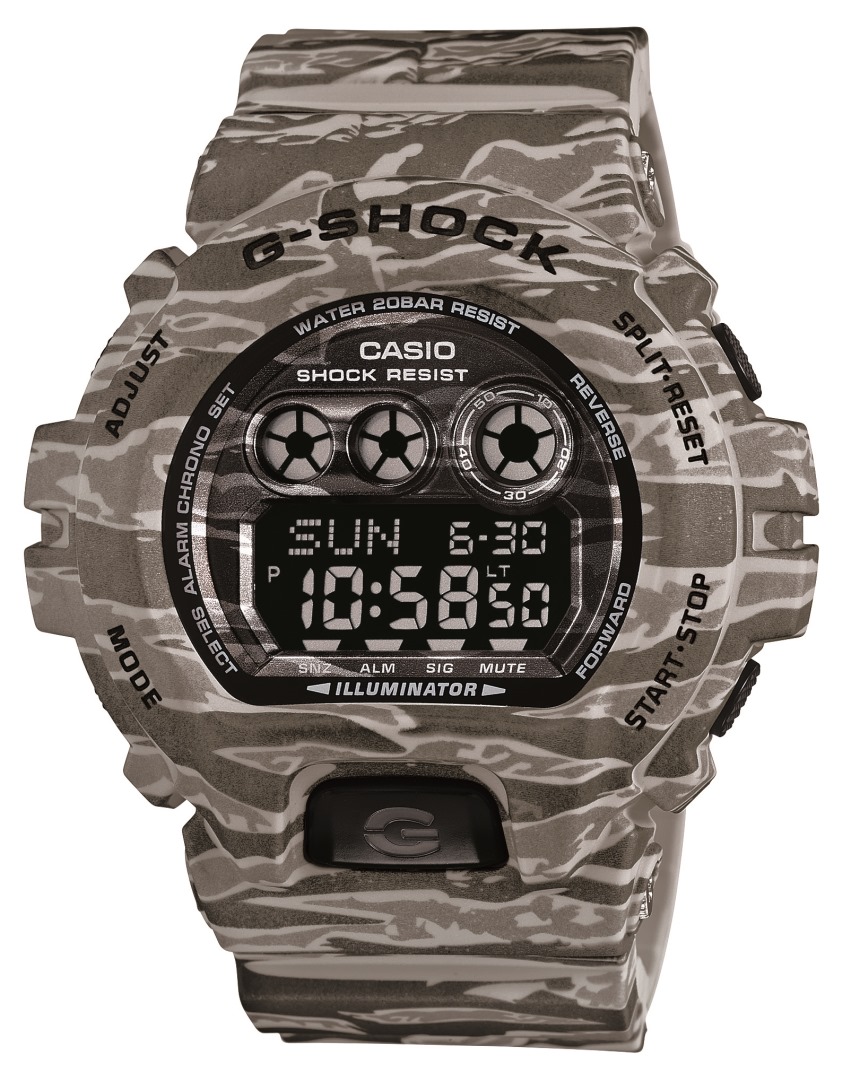 If there was ever a watch that could be rendered in camouflage and get away with it, it would be a Casio G-Shock. The new-for-2014 Casio G-Shock GDX6900CM collection isn’t the first time we’ve seen Casio give its famous Casio G-Shock collection a camo colorway, but these are a rather cool-looking set of watches. Casio even developed a new “3D Camo Print” technique that it is using for at least five new models this year, and the GDX6900CM-5 (greenish) and GDX6900CM-8 (grayish) models will be coming to the US this month.

Military folk love Casio G-Shock watches for good reason. They are durable, useful, expendable, and affordable. If you want to complete a set of camouflage fatigues then one of these is the right way to go. These are both based on the Casio G-Shock GDX6900 series, which is an “extra large” version of the classic 6900 that really started everything for G-Shock around the world. As a larger version the case is a chunky 57.5mm wide, 53.9mm tall, and 20.4mm thick. It weighs just 84 grams, though. These models also have negative LCD displays, that present light numerals on a dark background.

There is really no need to go into the functions that these watches have as it should be clear to anyone who has owned a run-of-the-mill Casio G-Shock before. The case is water resistant to 200 meters and if you are the type of person who feels that a camo pattern fits with your daily attire then this might also be a good watch for you. Weekend warriors and guys who like to use a machete to do their landscaping will also appreciate the GDX6900CM collection.

Additional Casio G-Shock models and colors using the new 3D Camo Print will be available in Japan and perhaps other parts of the world, but these two models are going to be available in North America for the democratic price of $150. g-shock.com