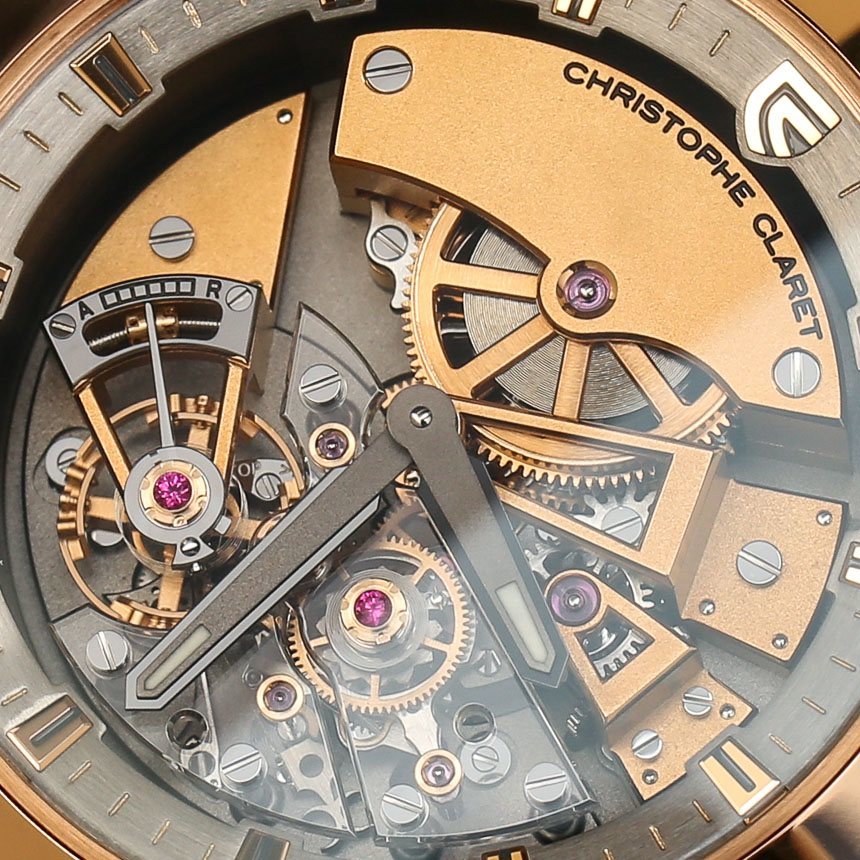 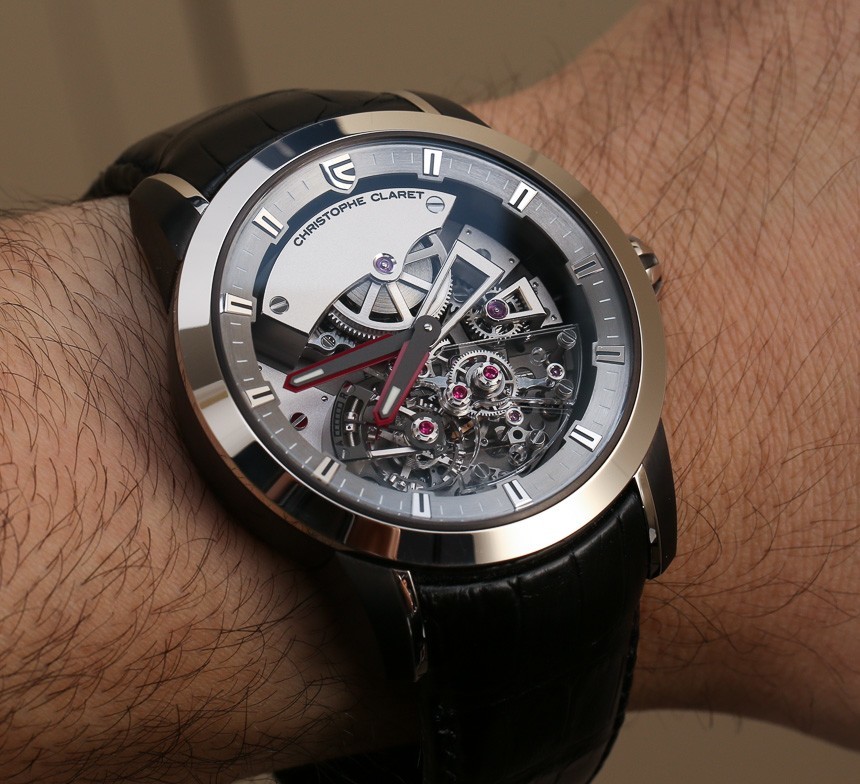 The purpose of a constant force escapement is to normalize the torque so that it is delivered to the movement from the mainspring consistently. This creates a flat versus curved torque line and the outcome is a watch that is more accurate over time. This is a big deal for those interested in attaining the highest degree of accuracy. So hopefully what you’ve come to understand about the Christophe Claret Maestoso is that its goal isn’t to offer complicated features and extra information, but rather to have a pure and accurate expression of just the time. 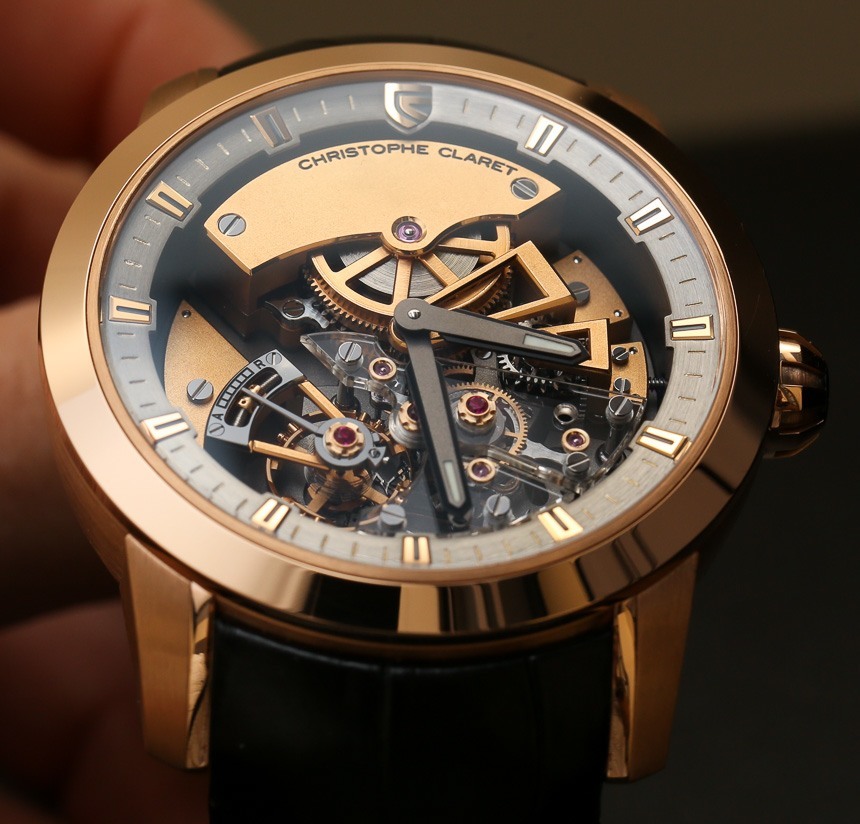 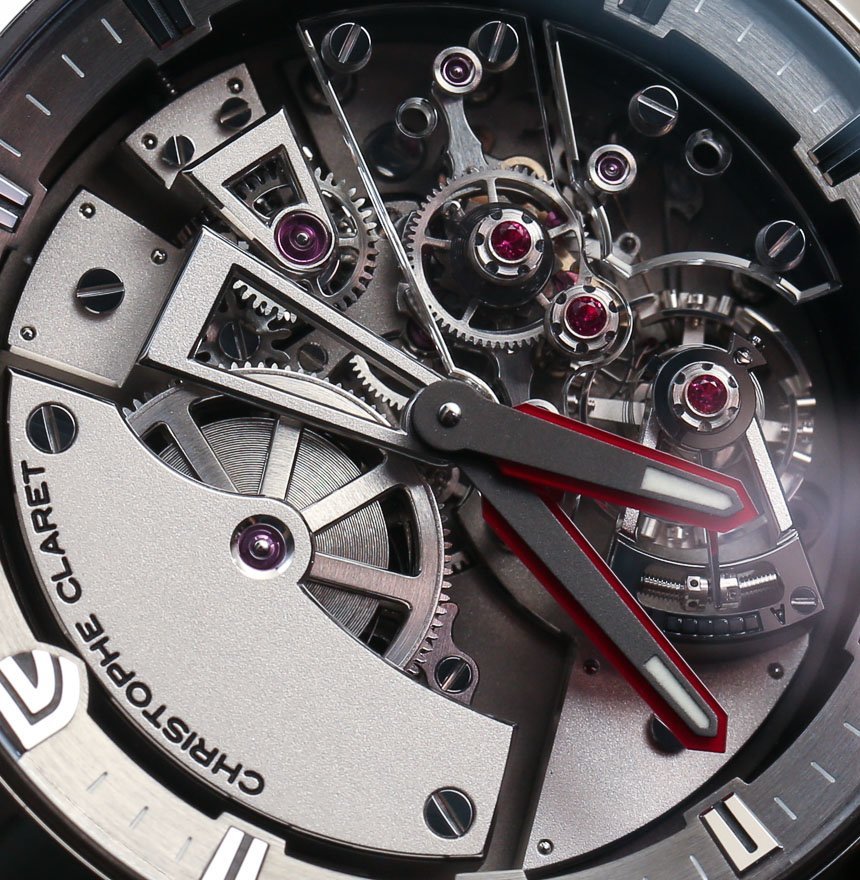 How accurate is the Christophe Claret Maestoso? I don’t actually know. I did ask Mr. Christophe Claret himself and, if I recall correctly, he said that it was difficult to measure, given that traditional rate result machines assume a watch has a normal escapement. Use of a detent escapement means that normal timing machines don’t work. Other brands such as Girard-Perregaux with their Constant Escapement watch have similar issues. Omega even has special machines dedicated to testing the accuracy of their Co-Axial escapement movements.

Claret seemed to suggest that for him pure accuracy wasn’t important, but rather the execution of the concept to include a detent escapement as well as a constant force escapement in a single watch. Having said that, I still feel that I should have probed deeper as I would have really liked to know how a movement like this performs. So often in the world of high-end watches are we presented with amazing new movements promising greater performance, accuracy over time, stability, functionality, etc… Rarely do we have the chance to understand the effects of these new features or measure these new promises of performance. Often this is because we simply lack the tools or time to do so given our limited interaction with the watches. My hope is that moving forward, brands such as Christophe Claret and similar high-end boutique brands dedicated to mechanical excellence will offer more information as to just how well these mechanisms perform based on interesting complications they offer. 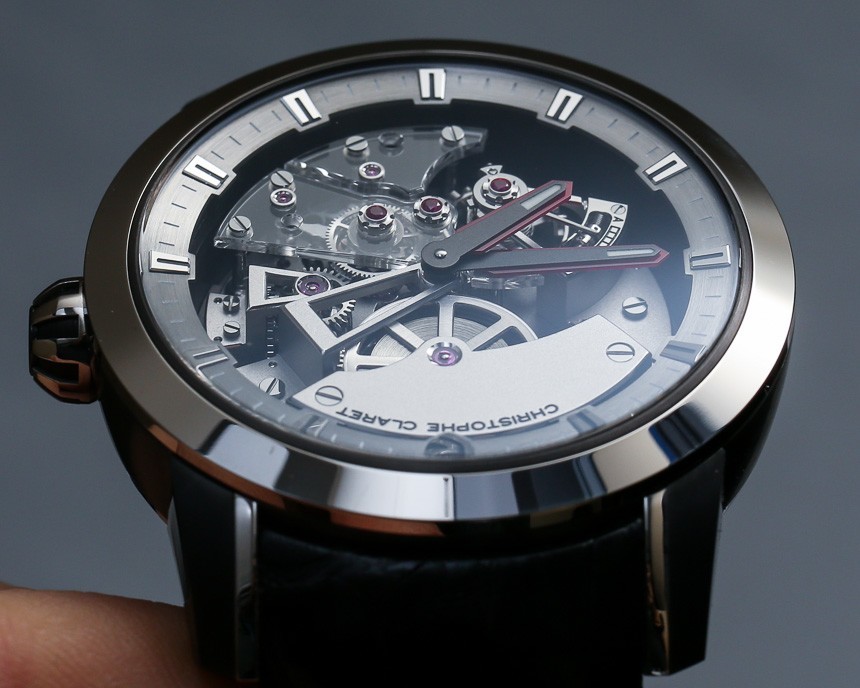 So why do I like the Maestoso as much as I do? Well first of all, there is something very nice about a watch that you only need to set the hour and minute when you wear it. So you get that with the Maestoso but you also get something that is highly complex. Putting the two together results in something very satisfying. No, it isn’t the most legible watch in the world, but it isn’t bad for what it is. Plus, gazing into that amazing movement never gets old. Unlike some of Christophe Claret’s other watches which are a bit “interesting” in how they combine complications, the Maestoso seems to have a simple, unified theme that is easy to appreciate – and that theme is a pursuit of timing excellence in a most classic sense. Price for the limited edition Christophe Claret Maestoso watch is $178,000, $182,000, and $186,000 depending on the version. christopheclaret.com