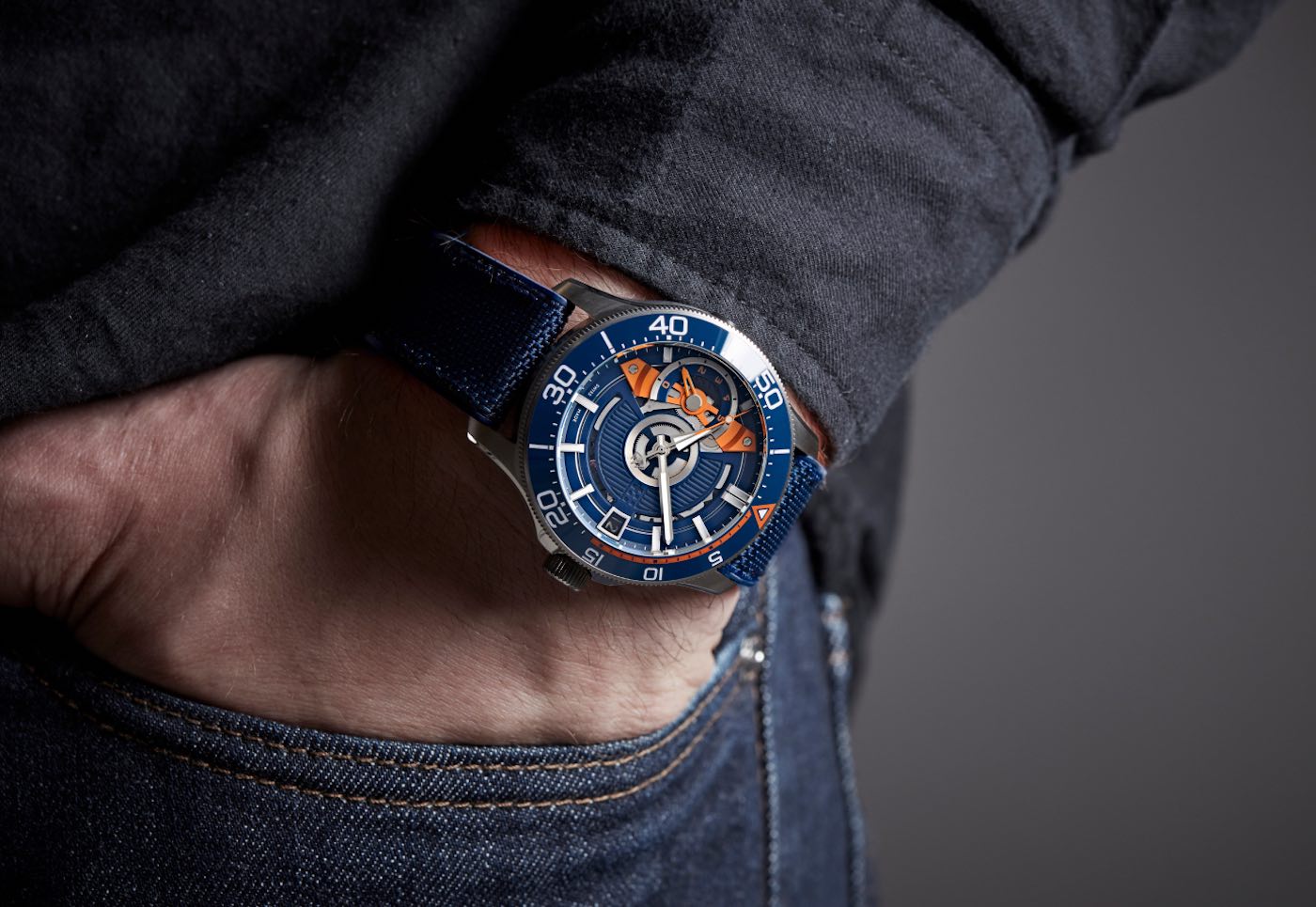 It used to be easier to predict what Christopher Ward was about to launch. In the company’s early days, homage pieces were the order of the day. Solidly built, mostly outsourced reflections of whatever trend the industry was wading through would hit the shelves thick and fast. But no longer. The company has changed. Gone are the days of honoring past masters. Now is the time for innovation. And while that independent character is starting to break through in the watch designs of late, it’s been in the works for quite some time already. The Christopher Ward C60 Apex Limited-Edition watch is the brand’s birthday gift to the movement that makes its newest watch tick — Caliber SH21. 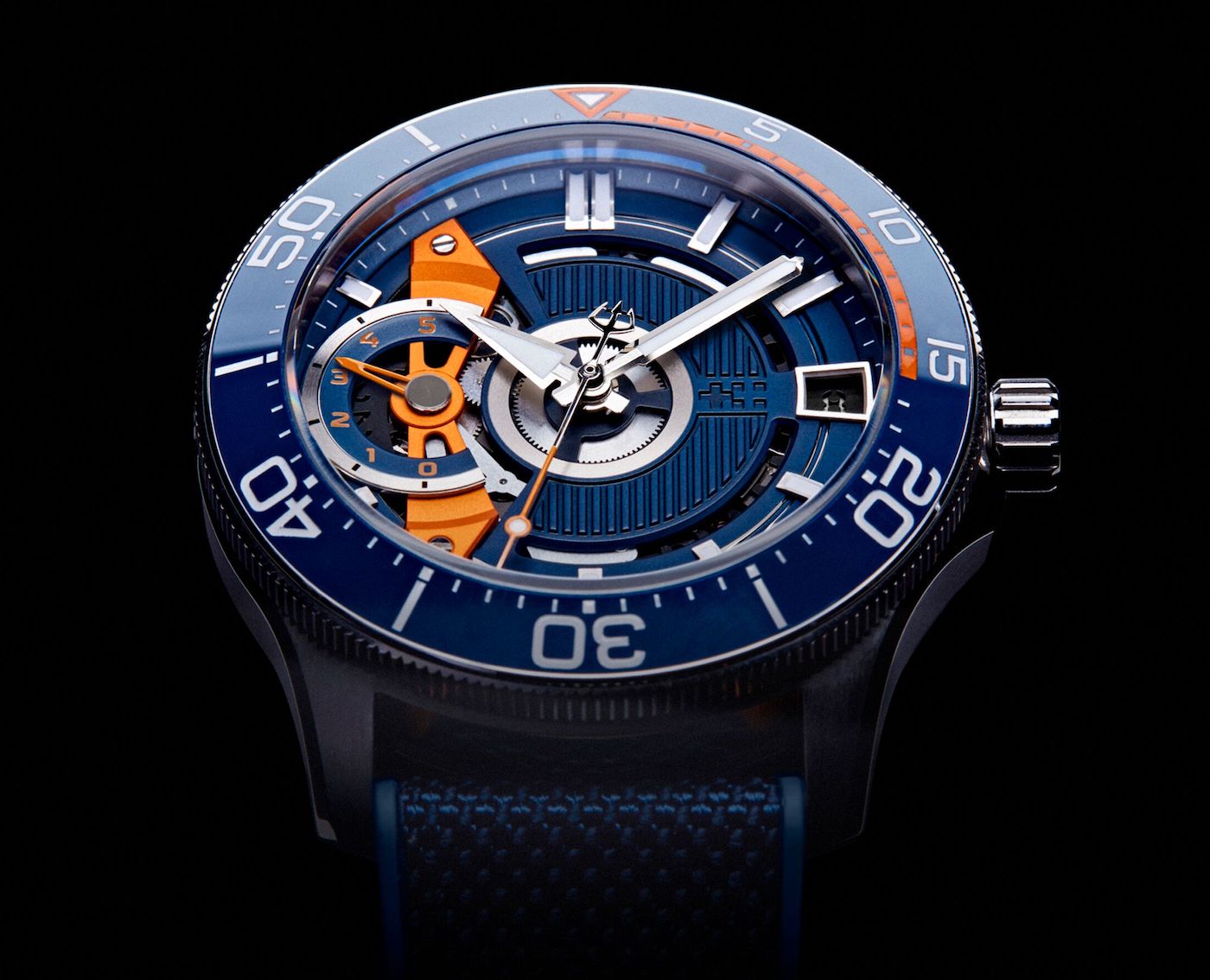 This 100-piece limited is a self-confident wrist warrior. Garbed in bright blue and orange, it is in full attack mode from the moment you strap it on. Whether this sits comfortably with a broad audience is not really the point. This is exactly the kind of statement piece a brand at Christopher Ward’s stage of development should be making. And the fact it has been released to commemorate the fifth anniversary of the brand’s first in-house caliber makes it all the more significant. 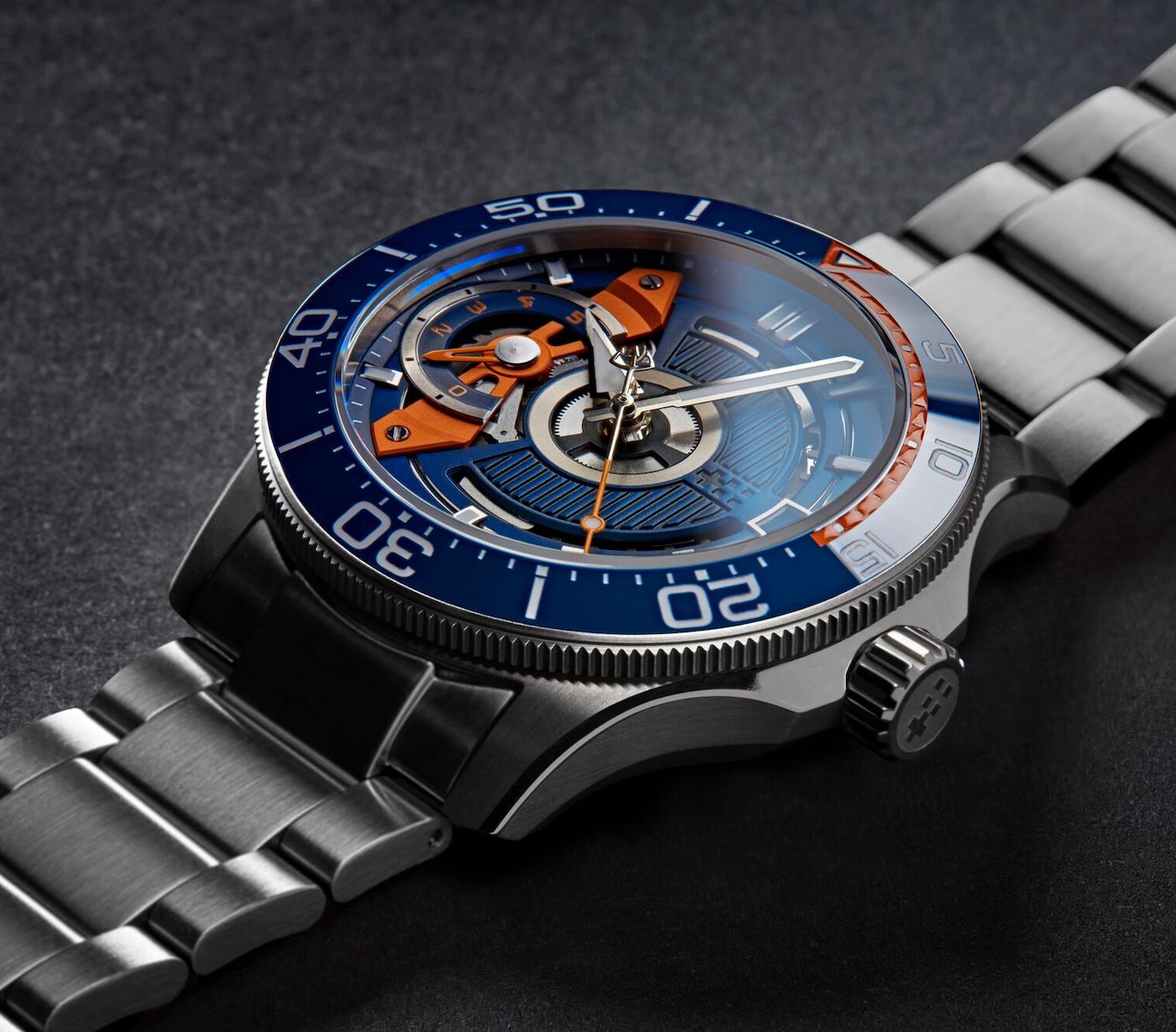 The SH21 debuted in 2014, shocking the British watch industry in the process. Designed at home, while manufactured in Biel, Switzerland, the SH21 was the first commercially viable mass-series caliber produced by a British mainland brand for 50 years. And Caliber SH21 is not just a run-of-the-mill clone, either. It boasts a robust 120-hour power reserve thanks to its twin-barrel construction. Not only that, but every SH21 has been COSC-certified, which means that the watches offer timekeeping parameters of -4/+6 seconds per day. 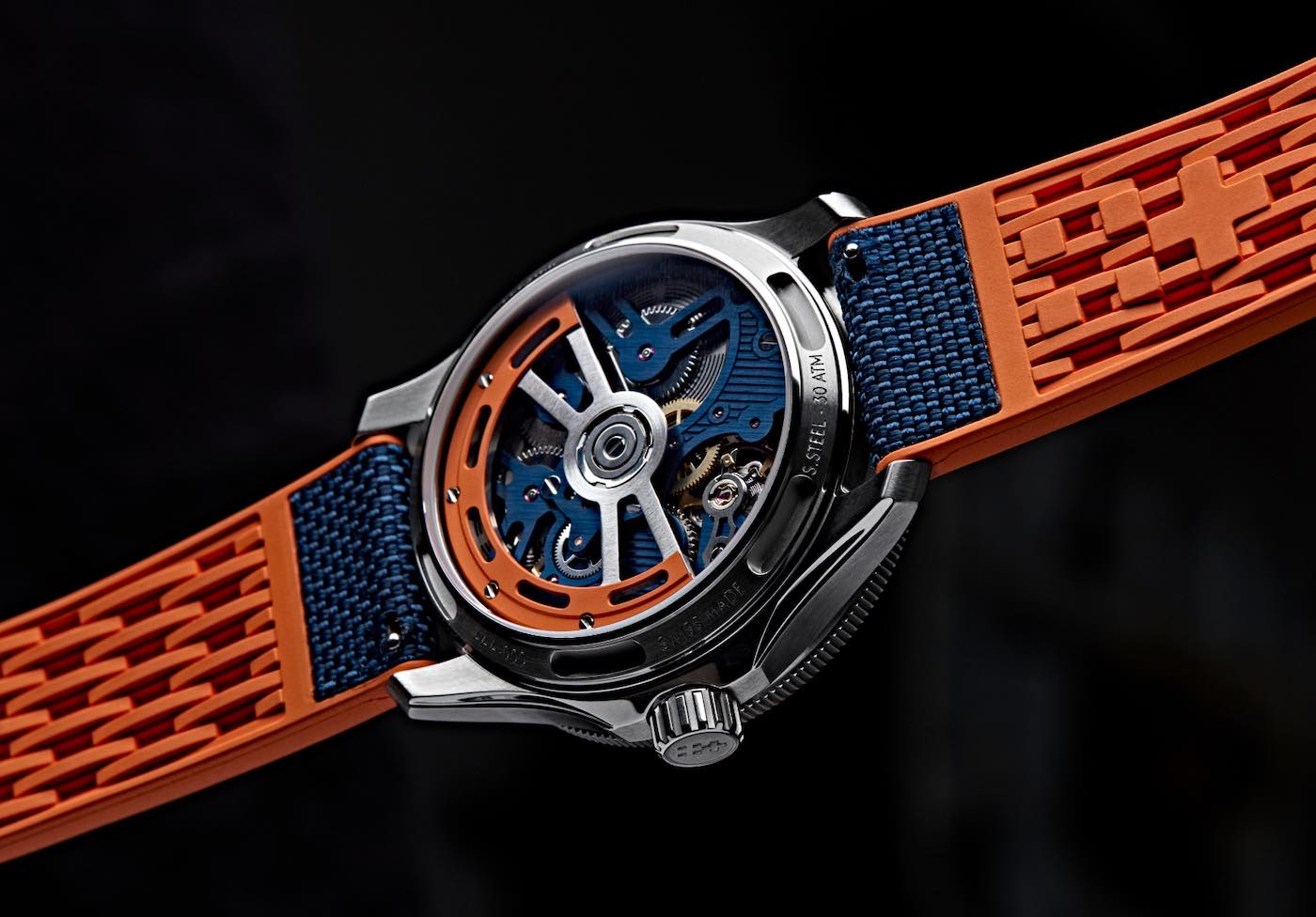 Mike France, CEO and Co-founder of Christopher Ward, explains the thinking behind the bold appearance of the new model: “With the first of the Apex series, the C7, we introduced a semi-skeletonized architecture to expose the beauty and technical expertise of Calibre SH21. The C60 Apex continues and expands this approach and is the first Christopher Ward dive watch with an exhibition caseback.” 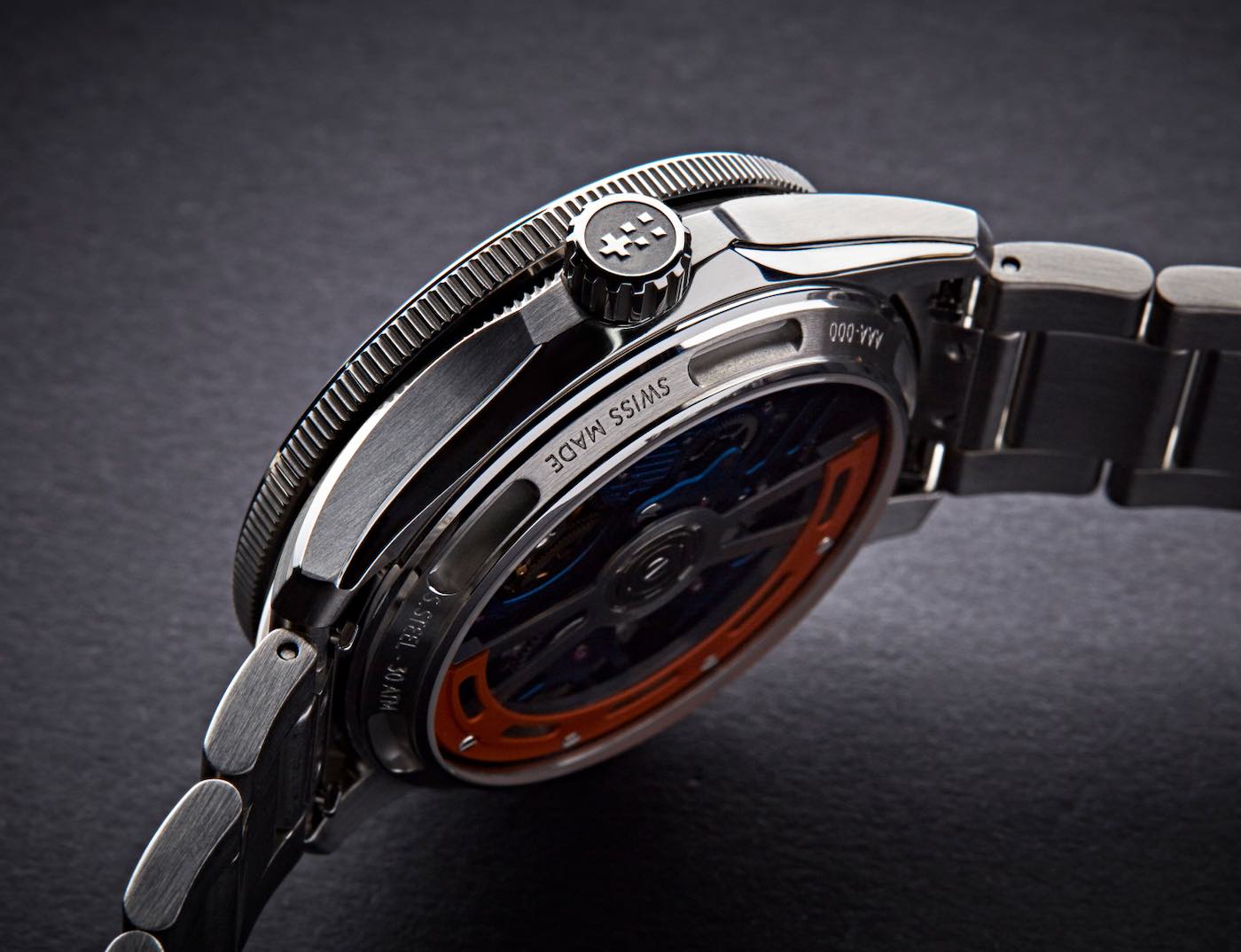 Fans of highly-functional dive watches that don’t actually dive will probably appreciate the presence of display back, which enables them to show-off a movement that has been skeletonized with the help of Swiss skeleton specialists Armin Strom. 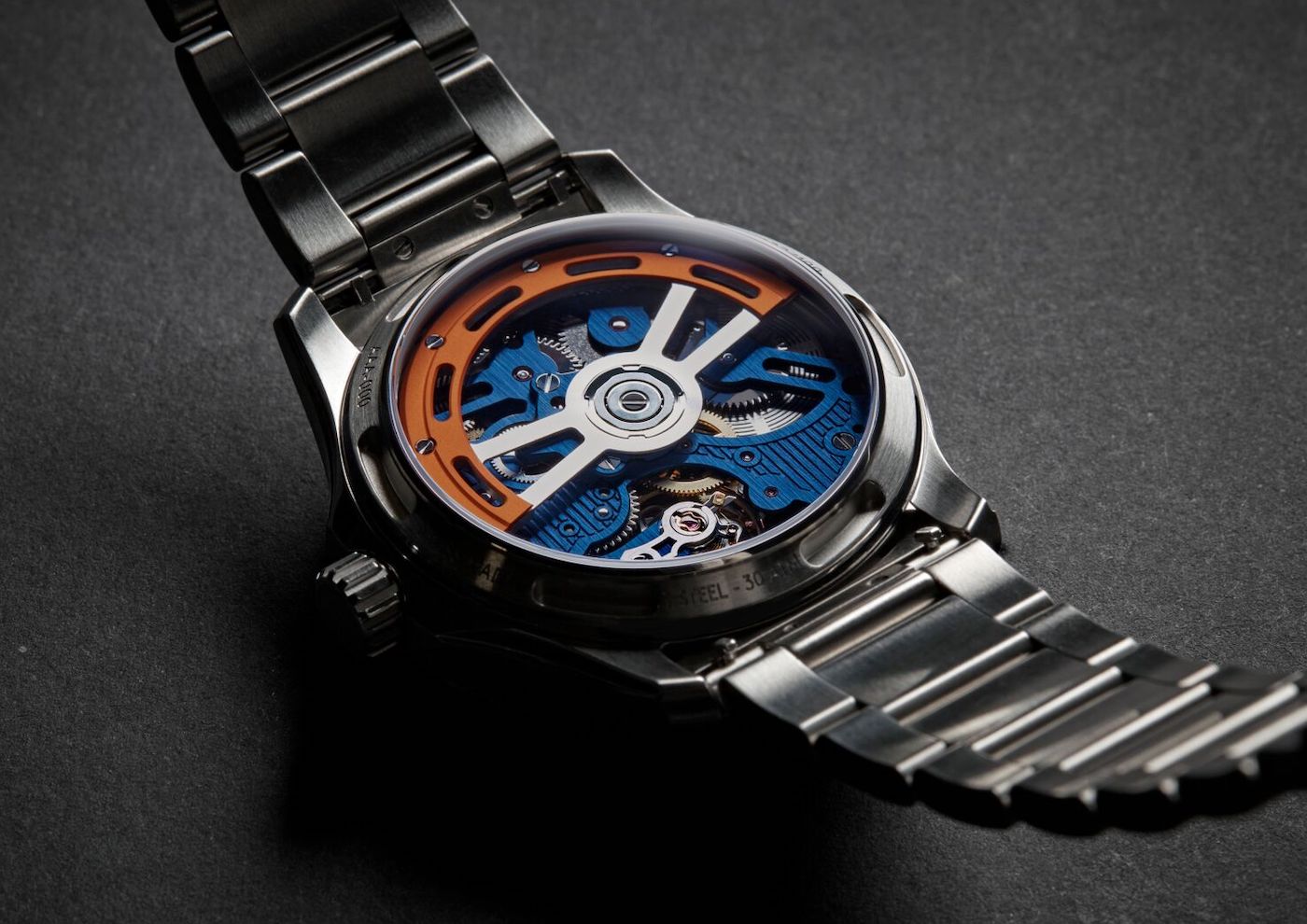 Armin Strom is well-known for its colorful movement architecture and has brought that influence to the new Christopher Ward C60 Apex Limited Edition Dive watch. Blue bridges and a hollowed-out aluminum and tungsten rotor in bright orange are anything but ordinary and give this watch a unique appearance. 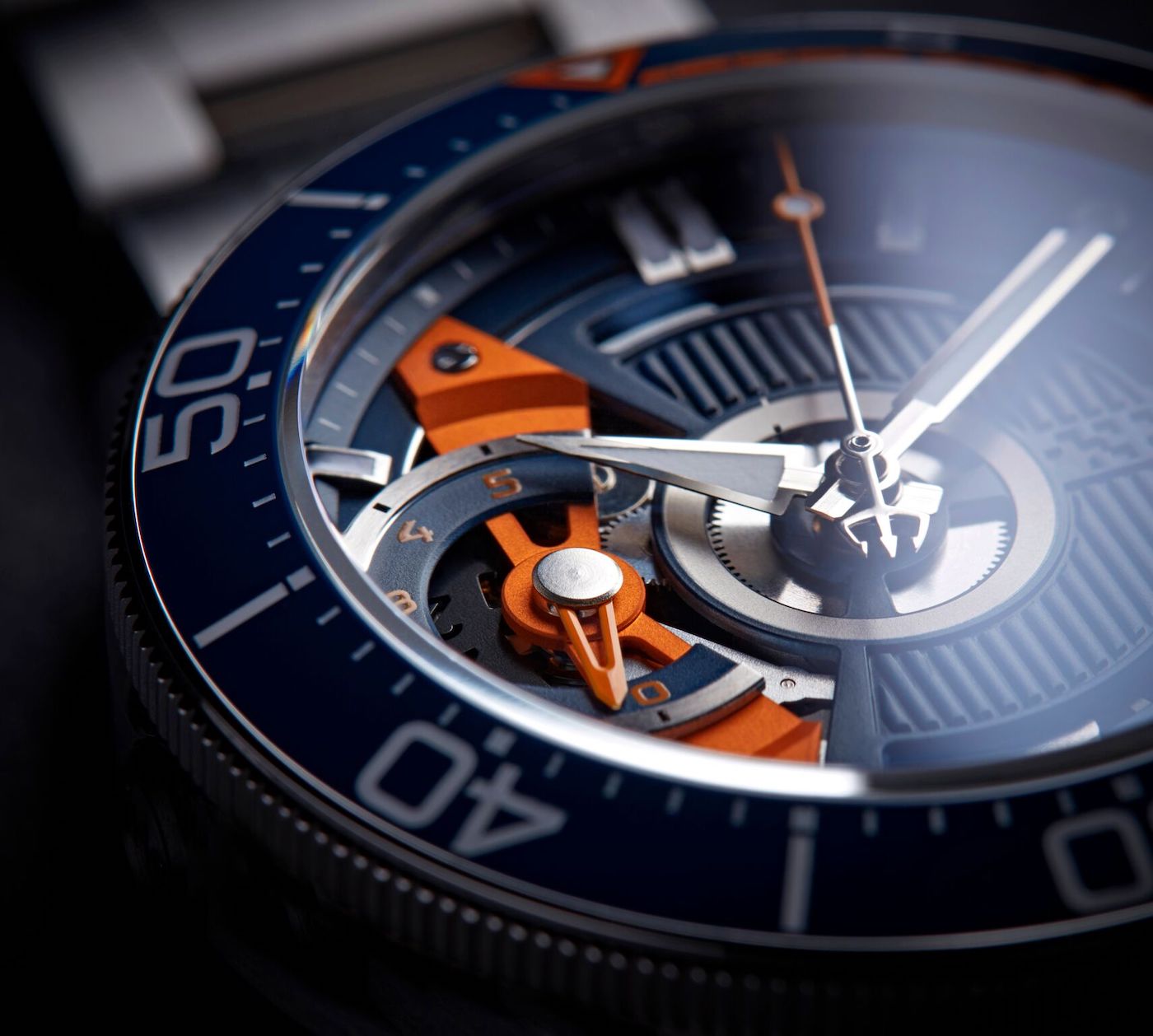 Wisely, pride of place on the dial has been given to the power reserve indicator, which is the most impressive element of this in-house engine. At 9 o’clock, an unmissable orange indicator occupies a 5-day register that dominates the display. The depth afforded by this three-dimensional dial furniture is quite something. While the youthful, sporty color palette and hyper-modern texture of these machine-engineered dial embellishments will alienate fans of more traditional hand-finishing, the Christopher Ward C60 Apex Limited Edition Dive watch will have no trouble finding 100 buyers. 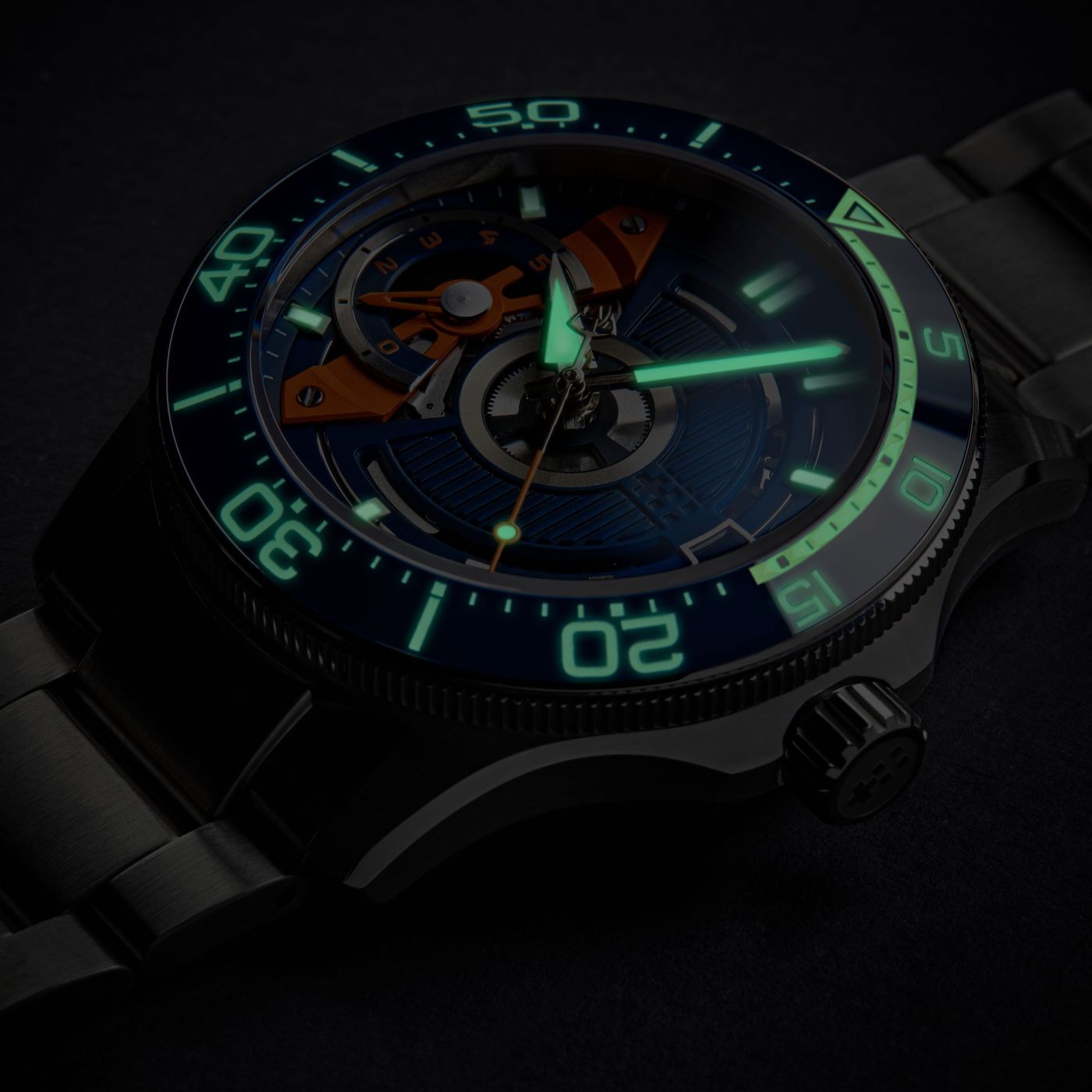 And lest we forget, this watch is more than just a pretty face: X1 GL C1 Super-LumiNova has been applied to the hands and indices on the dial, as well as the markings on the uni-directional ceramic bezel. A helium valve occupies the lefthand side of the 42mm — stainless steel case, reinforcing this timepiece’s serious dive credentials. The Christopher Ward C60 Apex Limited Edition Dive watch will retail for £3,495 and is available now. Learn more at christopherward.com.