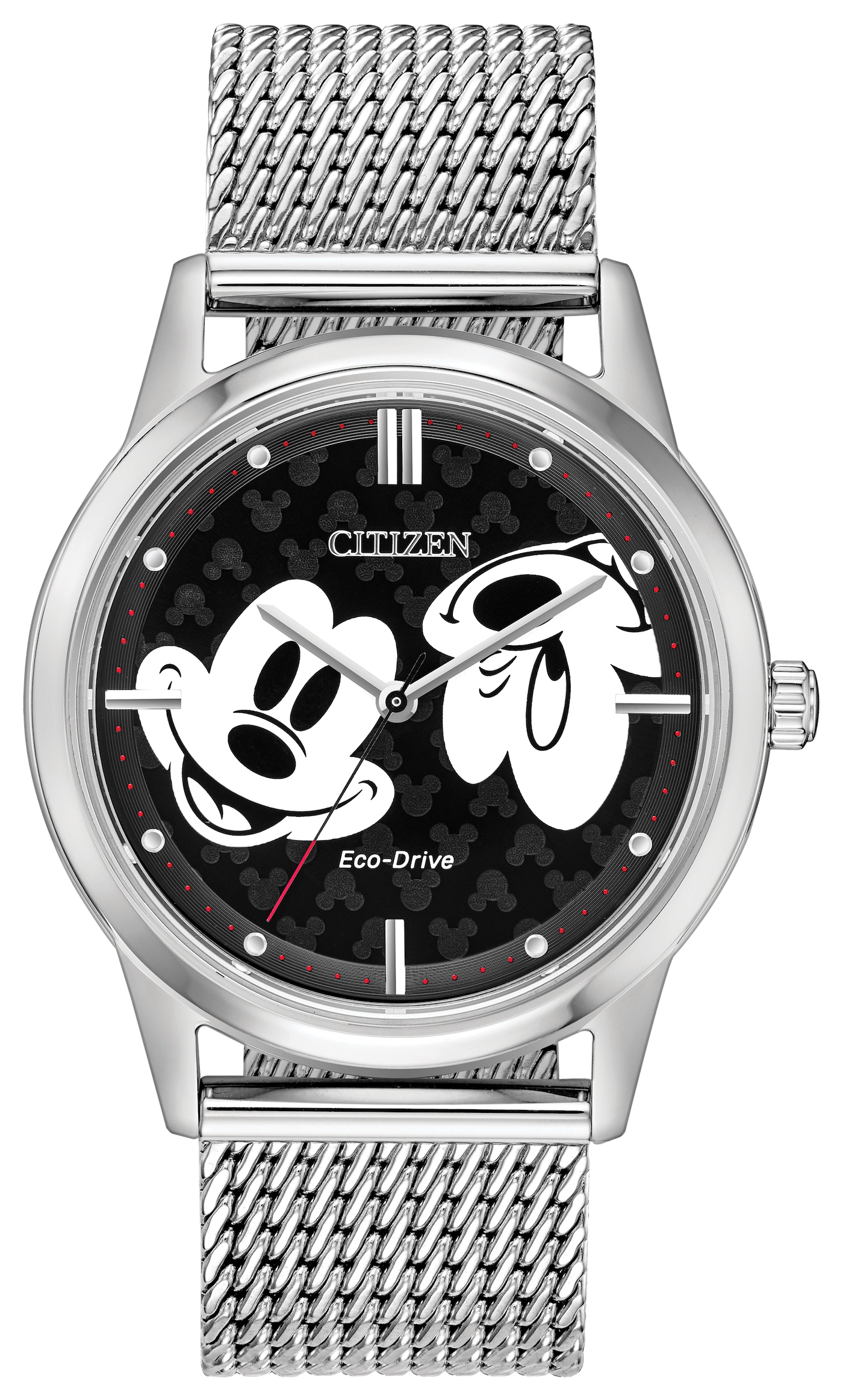 With the release of a series of Mickey Mouse watches, Citizen is renewing its long-term partnership with Disney and treading a well worn path. The Citizen X Disney Mickey Watches employ an already popular character, which has stirred up interest in the past, and attempt to bring an old idea back up to date. The release also coincides with the unveiling of several special clocks made by Citizen to be displayed around Disney’s world-famous theme parks. 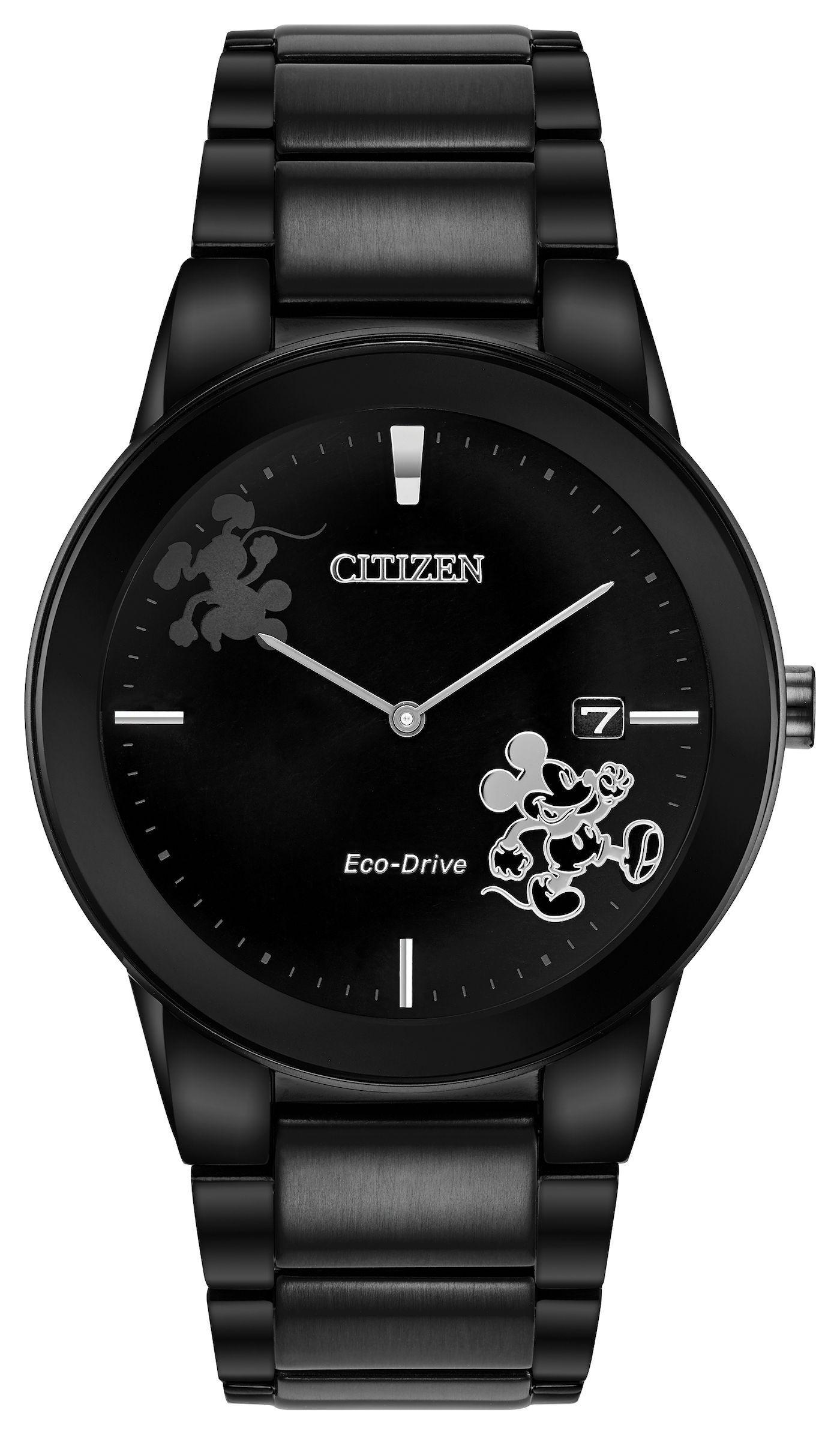 There aren’t many cartoon characters that look at home on a watch dial. It’s not so unusual for brands to explore this personable style of decoration, but it rarely pays off. Of all the attempts, perhaps none has been as highly sought after as the legendary Micky Mouse Rolex. There is much debate as to whether any of these watches are “real” Rolexes or simply aftermarket redials. However, a consistent rumor persists that Disney Corp did, in fact, have a very limited number made for its executives. 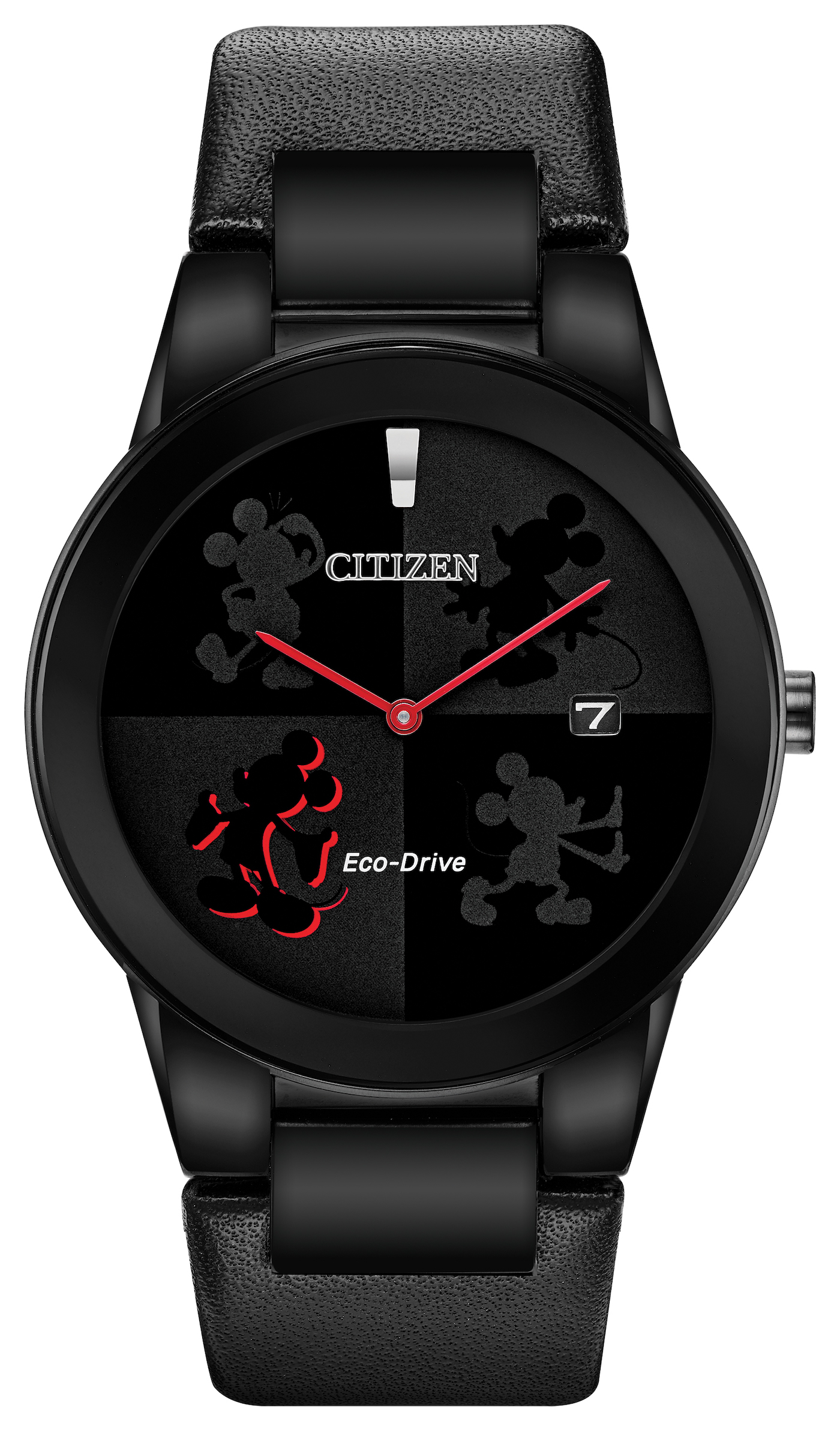 Of the collaborations we can assert to be genuine (and, despite some pretty crazy price tags these days, attainable), my personal favorite cameo appearance has to be Snoopy on the Omega Speedmaster Apollo 13 Silver Snoopy Award Limited Edition, closely followed by a cutesy caricature of Coco Chanel herself on the Madamoiselle J12. Keen to capitalize on a known commodity, Citizen has thrown its hat into the ring with a new range of Disney-inspired timepieces.

As you can see from the above advert, Citizen is really going to town with their Disney partnership, using characters and leitmotifs from around the Disney Universe to promote their products. It’s cute, but I’m sure an effective partnership given Disney’s mass-appeal, and Citizen’s affordable price point (for the most part). 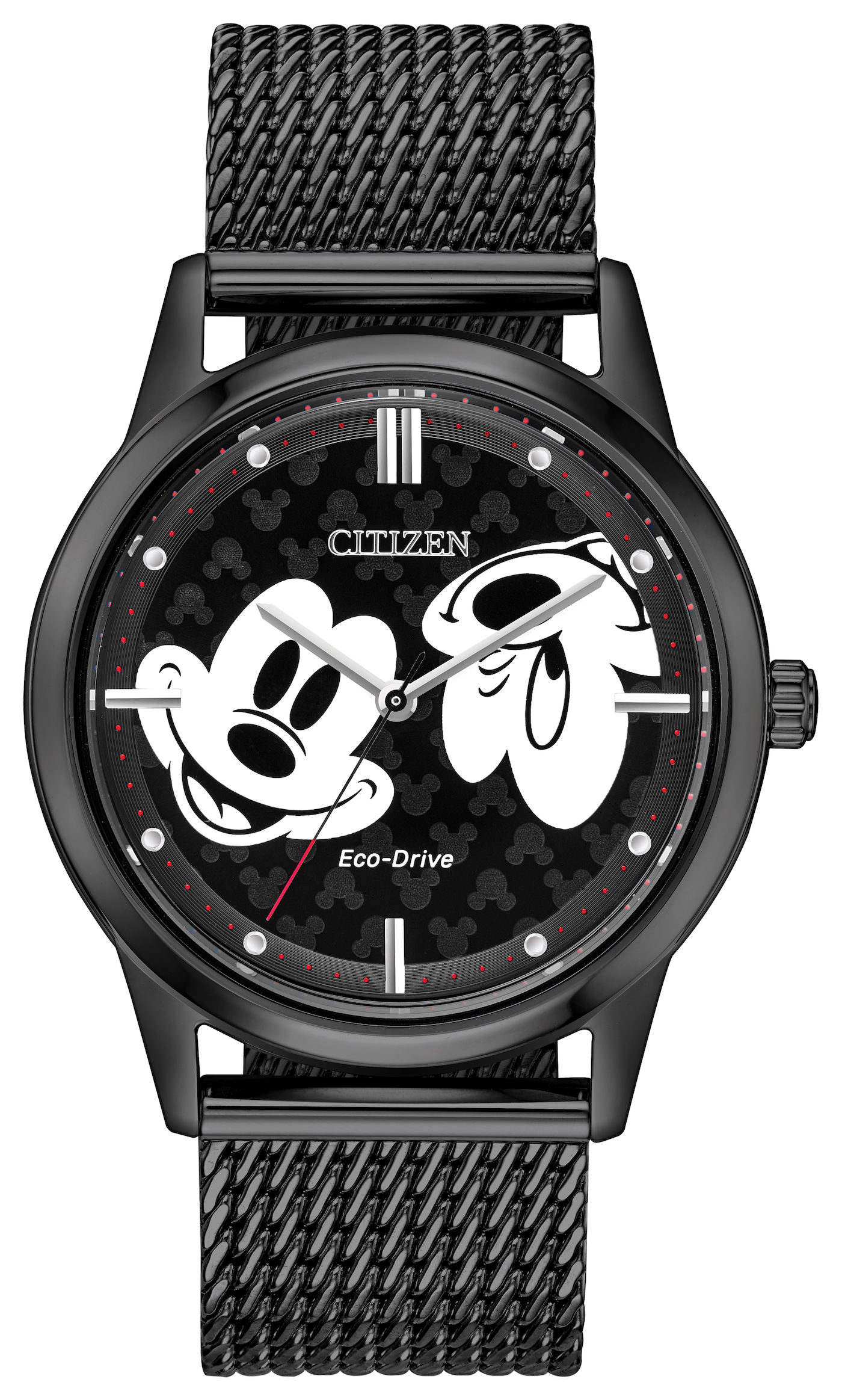 Citizen is obviously not the first brand to feature the character formerly known as Steamboat Willy on its dials. But did you know it isn’t even the second? Or the third? In fact, Mickey’s taste in timepieces starts to look awfully indiscriminate when you rattle off his list of brand partners: There’s the fabled Rolex run, of course, but also mainstream collaborations with Wittnauer, Bulova, Seiko, Timex, Bradley, Lorus, Nixon, and, perhaps coolest of all, Ingersoll (as well as others we haven’t time to mention).

What I liked most about the very early Ingersoll models was exactly the same thing I loved about the Chanel Madamoiselle J12. In these watches, the cartoon character’s hands are used to indicate the time. It’s a wince-inducing rotator cuff injury waiting to happen, but it shows a full commitment to the partnership. I mean, why not? If you’re happy to stick a brightly colored, dungaree-shorts-wearing mouse on the dial of a luxury watch, your willingness to go the whole hog and animate the scene is almost implied. Apple has recently brought this style into the digital age, with a series of Disney mouse dials that are cleanly animated to display the time in the same manner, without inducing such a shoulder-wrenching pose. 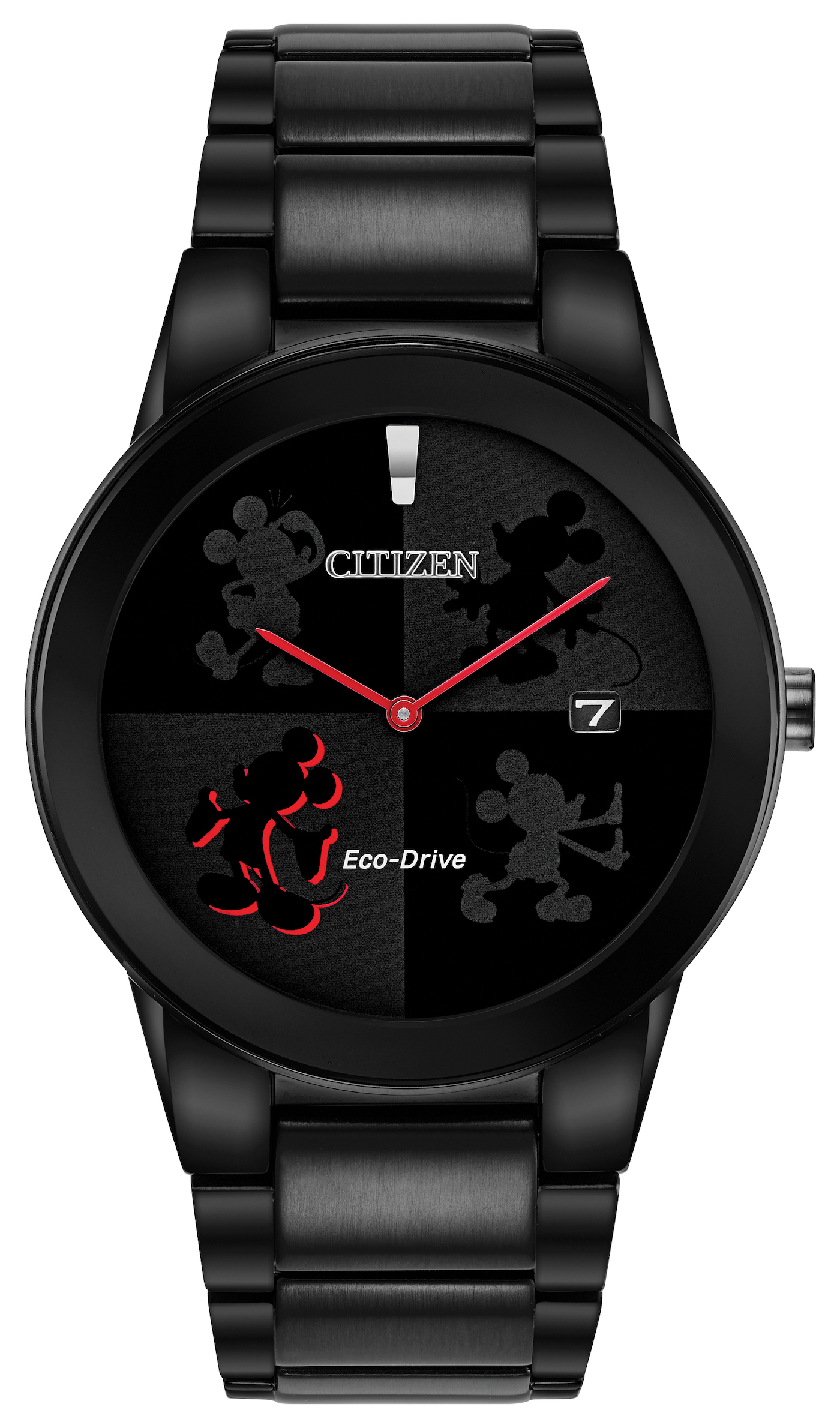 With the character’s popularity established, the question was how to present the collection in a modern and commercial fashion. Citizen has decided to use four different designs and offer them in a variety of colors, with a choice of strap and bracelet options. All the watches are powered by Citizen’s in-house eco-drive calibers, which are powered by sunlight. While these designs are undoubtedly simple, we’ve been assured that Citizen is working on some more Mickey Mouse watches that might well harbor more interesting displays, designs, and complications. 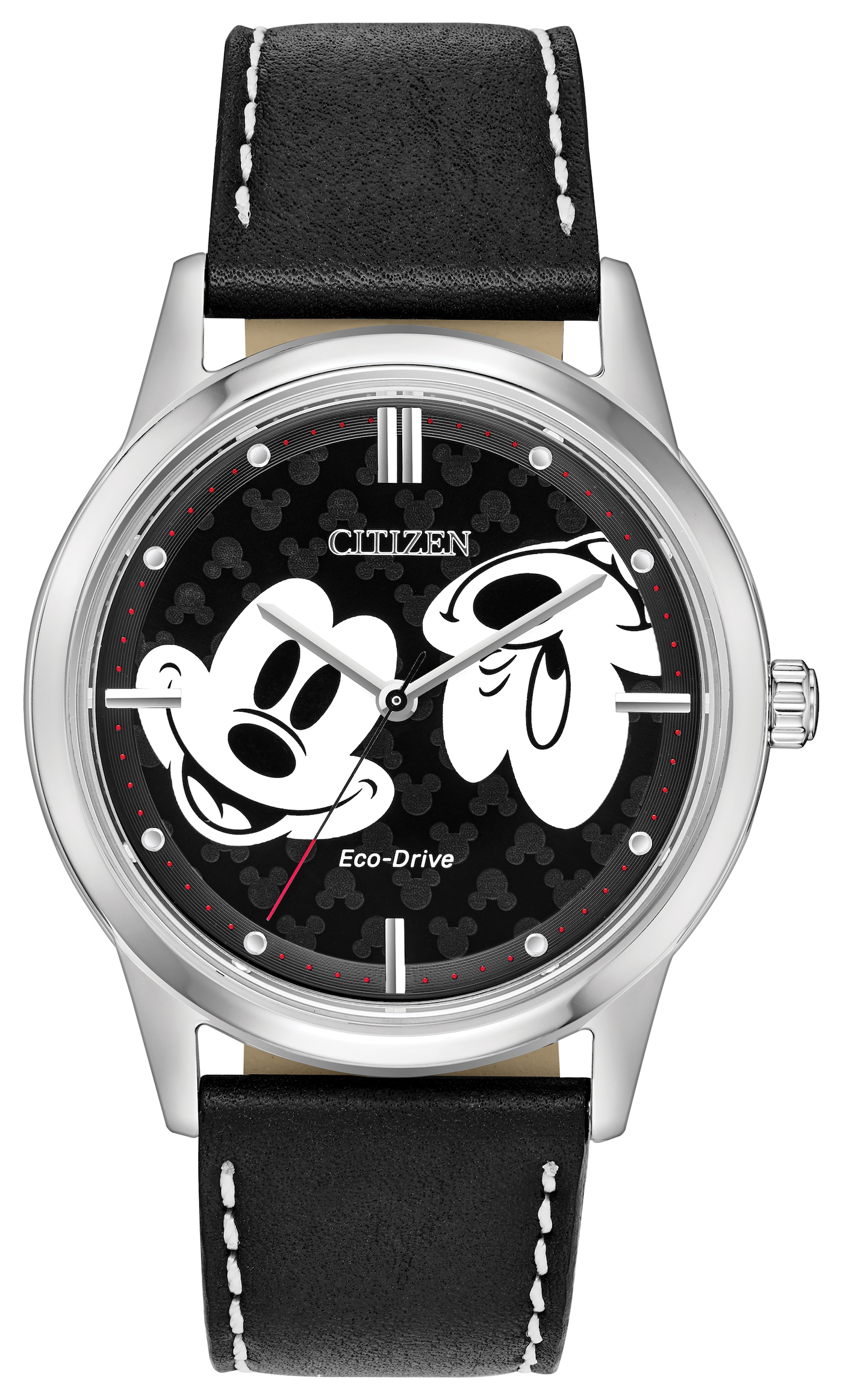 There will be eight new Mickey timepieces featured in this latest collection. Six of these models will be 40mm (two stainless steel cases, four black PVD cases), and two will be 29.5mm (one stainless steel, and one rose gold PVD). There will be three designs in the 40mm case size. Fristly, a dial featuring a smiling and a winking Mickey Mouse comes in three variants: steel case/mesh bracelet, steel case/strap, and black IP case/mesh bracelet. ‘IP’, or Ion-Plating, is another coating process that has a similar result to DLC or PVD in that it changes the surface color of the metal. In this case, black ion plating has been used. Other colours are available (with brown/gunmetal and blue being common alternatives), but are less often used. The end effect is visually a little more like DLC than PVD (it appears like more of a coloration rather than a coating), and is a cheaper alternative.

The quadruple silhouette dial comes only in a black case, but this comes with either a strap or a bracelet. The sixth and final 40mm option comes in a black IP case and shows a silver Mickey “chasing time” between 3 and 5 o’clock.

There is only one design in 29.5mm but it comes in either a stainless steel case or a rose gold plated case. This design shows Mickey’s face between 7 and 8 o’clock, with the 8 o’clock hour marker highlighted by Mickey’s ear. The hour markers on these more feminine watches are made of diamonds, hence the rose gold-plated version carrying the highest price tag of the bunch.

What’s really cool about releases of this nature is the cross-appeal these products have. Fans of cartoons, fans of Disney, specifically, fans of the Citizen brand, and fans of watchmaking, in general, could see their way to owning one of these timepieces. And the fun, youthful nature of the designs means these watches may well be a gateway product for children. Adding additional collectibility is the packaging. Every watch in this collection will be packaged in specially designed themed boxes decorated with exclusive artwork. The eight-piece collection will range from $295-$475 in price and will be available from Citizen’s official website from the end ofMarch 2019. Learn more at citizenwatch.com.