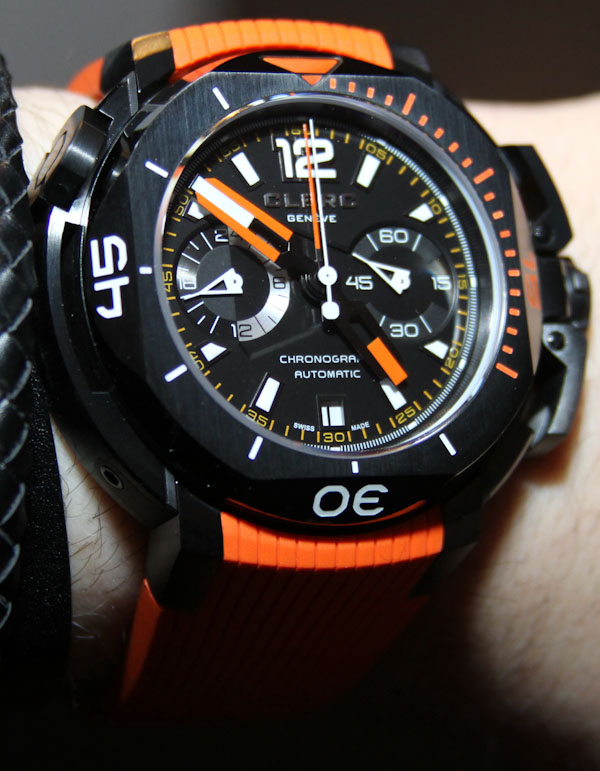 This is the third time I have written about the Clerc Hydroscaph Limited Edition Chronograph watch, and there is an interesting lesson to be learned here. Normally I would have stopped at two articles, but the third one is merited for an interesting reason. What you see here is the final production version of the Limited Edition Chronograph watch. In my last article here I reviewed a prototype version. I was really surprised at the differences between the two. Let me explain.

Normally when I check out pre-production watches brands make excuses for little problems and say “it is just a prototype.” Later when I see final retail versions they are a bit better, but usually pretty close to the prototypes. Brands like to overstate a bit how much better the final versions are going to be. That isn’t always the case however. 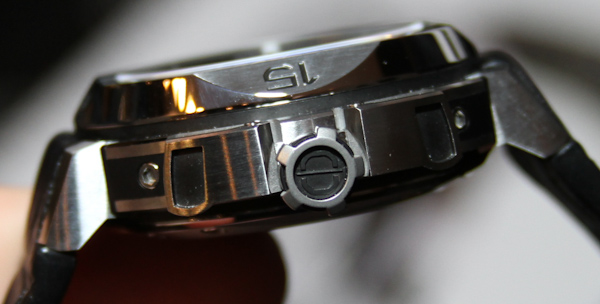 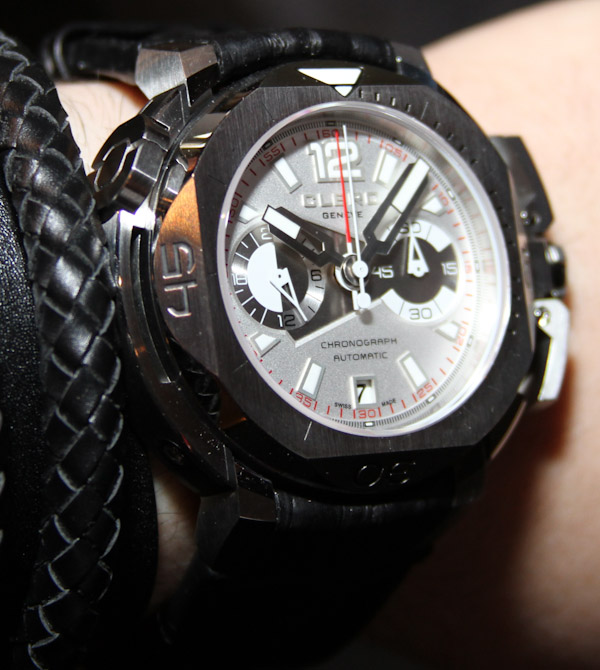 Meeting with Clerc recently I got to check out the latest versions of their very cool range of Limited Edition Chronograph watches. Each style is limited to 500 pieces and there are between 4-5 styles, maybe more. Like I said before this is likely the best Hydroscaph watch produced by the brand yet, and I was really surprised to see how much better the retail versions were over the prototypes.

Entire parts were changed, the case was polished in a new way with contrasting polishes, the caseback was changes, new straps were added. It overall feels like a totally upgraded experience and I was visibly impressed. One of the reasons for that was because it was totally unexpected. The prototype if produced was good enough, but this is a whole lot more watch for the money and I was really happy to see a small brand like Clerc put their all into the final piece. 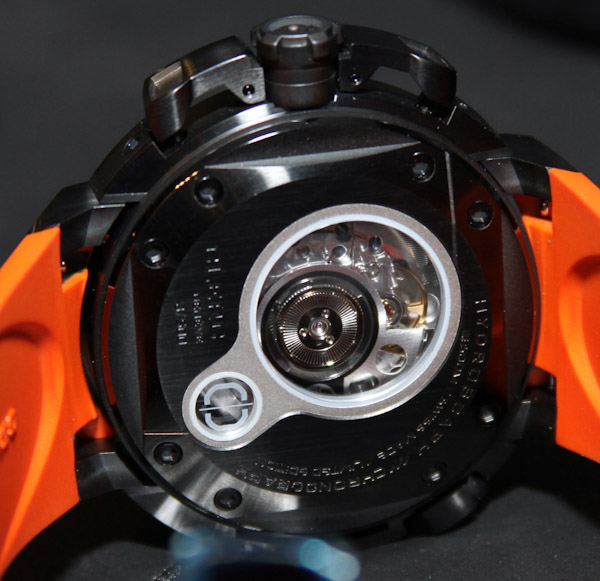 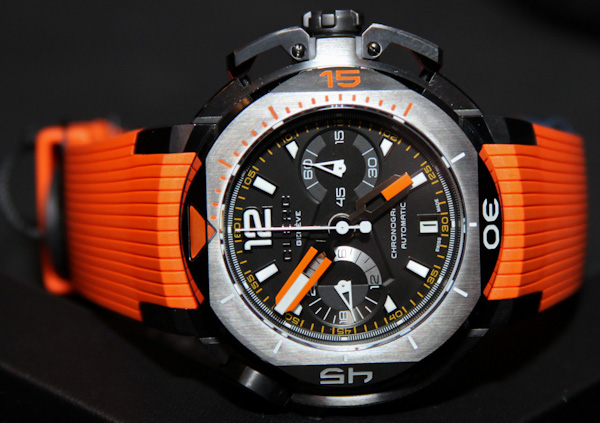 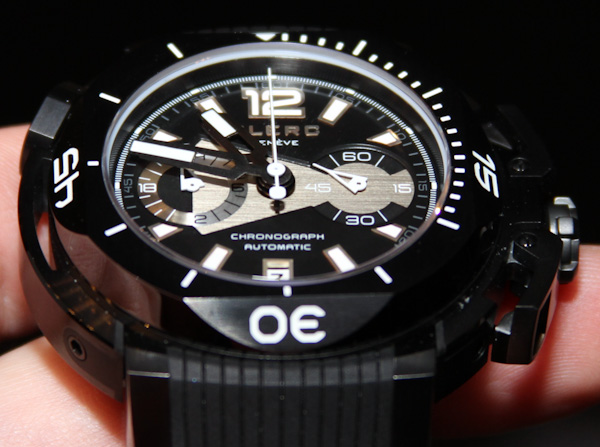 One of the new case parts are the chronograph pushers. Again, nice before, and even better now. Case colors were tweaked and the new caseback is much better – showing more of the movement. Unfortunately my pictures didn’t really get across the fantastic case finishing. Even on the black DLC coated models there is a mixture of polished areas. New versions of the Hydroscaph Limited Edition Chronograph include a silvered dial version, and the awesome black and orange version gets a beautiful orange rubber strap. If you get a chance to check these out I recommend it. Prices are mostly in the roughly $9,300 – $11,200 range.