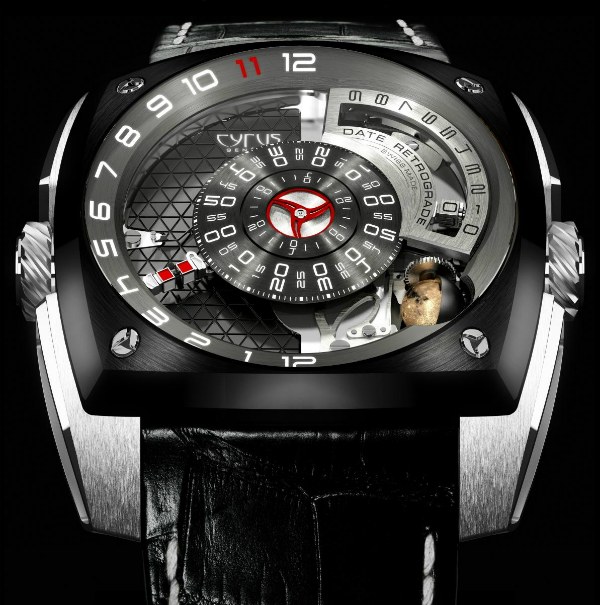 Newer brand, new watch. Cyrus debuted late last year but I never got a chance to really check them out as their timepieces reminded me of wrist-mounted doomsday devices. Their flagship watch is Klepcys (still trying to properly pronounce that one) and it is a formidable piece of unique horology. The master behind the mechanism is Jean-Francois Mojon. One of today’s better watch makers who is known for (among other things), the Harry Winston Opus X. 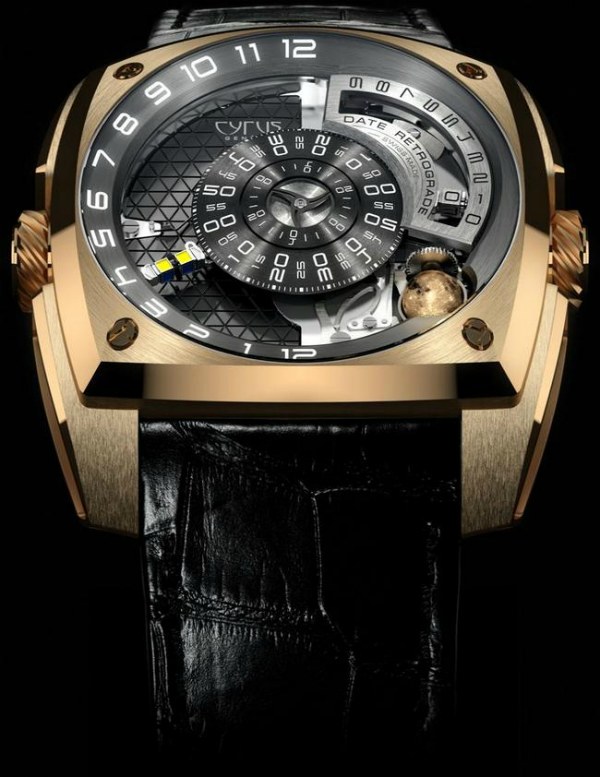 In addition to the standard Klepcys watch, Cyrus will be donating a special one to the Only Watch 2011 auction. Images of both are seen here, whereas the piece unique model for the action is in white gold with a red “11.” The high-end piece is another attempt on “doing it differently.” While I respect the mechanism and concept for some reason the design leaves me a inert. I feel as though I need more time with the watch to appreciate it fully. It does however move me much more than the brand’s other watch called the Kuros. We will see what happens when the Cyrus releases their third watch sometime soon.

Functionally speaking the Klepcys has an automatic movement that has a few neat retrograde hands. You get the time, date, and moon phase. The time and date use sorta of hybrid retrograde hands. A retrograde hand is used to display one digit, while a flipping indicator (similar to Urwerk’s stuff) is used to show another one for the date. There is a traditional seconds disc, and then a minutes disc that “follows” the hour hand (but also moves). If you are totally confused then just look at the video.

For the moon phase you get a golden life-like moon orb with a cover the shrouds parts of the orb to display the phase of the moon. It is all pretty straight forward once you get the hang of it. The movement has over 450 parts and is a fine example of what Mr. Mojon is capable of. 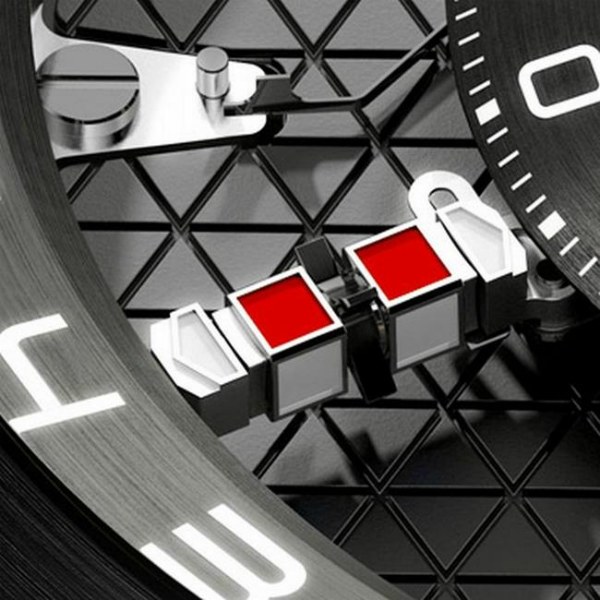 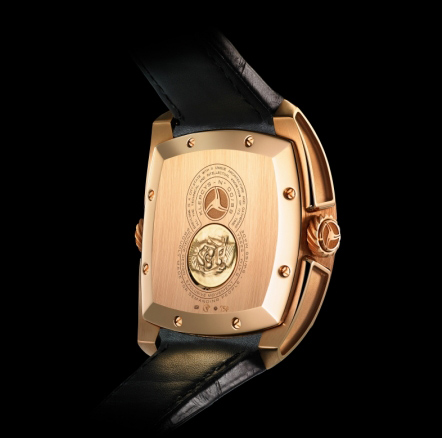 The watch case is in 18k gold (rose, white, etc…) and 48mm wide. It isn’t super exciting by my standard but OK. On the back of the watch is a replica engraving of a coin that Cyrus owns that is 2,500 years old. Not sure what this means, but it does somehow subliminally remind you that the watch is expensive. Worth its weight in gold? Probably more.

Below you’ll notice that Cyrus uses the term “sprockets” in the technical description. Whether or not sprockets are a real thing (probably they are), this made me smile. When I make watches I make very liberal used of widgets and sprockets. Overall a neat watch with a fascinating movement – not sure of the price but it would probably make Cyrus the Great of (Greece maybe?) blush. 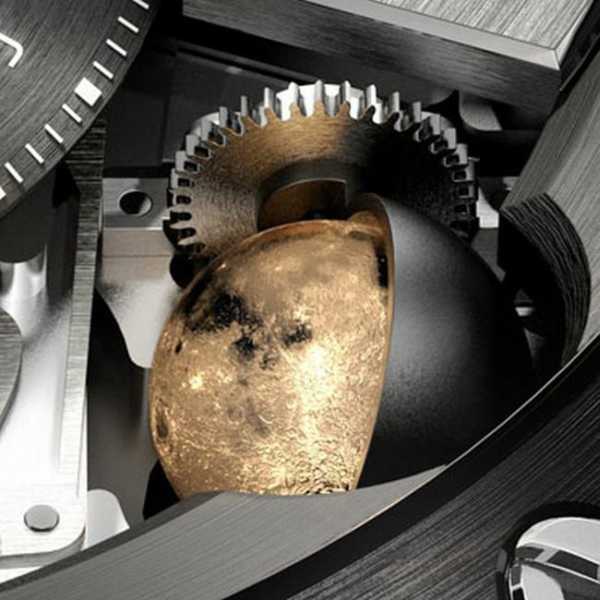 Date : Large date, retrograde three-dimensional tens, pivoting Precise guidance of the height of the tens hand with a ruby bearing Patent applied for.

Phases of the moon : Three-dimensional moon Progressive rising of the patch to indicate the various moon phases In case of a fully covered moon: appearance of the CYRUS logo.

Back case : 18K red gold — Identical copy of the original, over 2,500-year-old coin. The original coin is the property of CYRUS, and can be viewed at www.cyrus-watches.ch.