When you think of the watches coming from New Zealand-based Magrette, you might be tempted to write them off as “seen one, seen them all.” While it is true that they follow a particular design style, there are some interesting variations across the lineup (not to mention the heavily-engraved series). Their latest, the Magrette Regattare Carbon, definitely ups the ante for the brand.

As you might surmise from the name of the watch, carbon fiber makes its debut here for the brand. Rather than just slapping a CF dial on the watch and calling it a day, Magrette has gone in a much more interesting direction: they created a 44mm forged carbon case (yes, just like Linde Werdelin and Audemars Piguet). This alone makes for an interesting change up, as they commonly have featured steel cases in the past (with one notable brass/bronze case).

As would befit a case with this mix of strength and lighter weight, the non-carbon bits you can touch (caseback and crown) are made from titanium, and the crystal up top is a domed sapphire crystal. On the dial side of things, they have kept the clean, legible style we are accustomed to seeing in the Regattare lineup. This time around, we have a sandwich dial being utilized, which should give a little bit of depth and texture variation to the dial that would not otherwise be present on a printed dial. 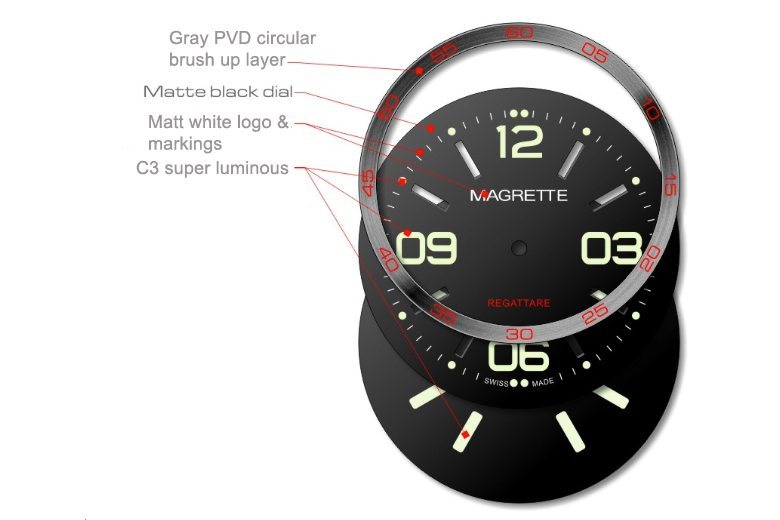 As you might expect for a limited-edition watch of this nature (more on that in a minute), the movement is a few rungs up the ladder as well, with the usual Miyota being swapped out for ETA 2824. Now, back to that limited edition part. While Magarette has certainly had some limited runs in the past, they’re generally counted more in the hundreds. For the Magrette Regattare Carbon, this is about as close to a piece unique as we have seen the brand make available to the public. At an asking price of $1,225, all (10) pieces in the run have been spoken for. magrette.com 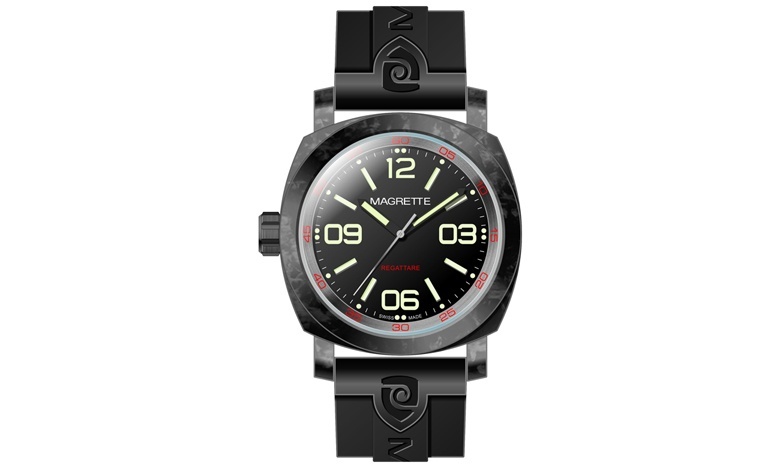