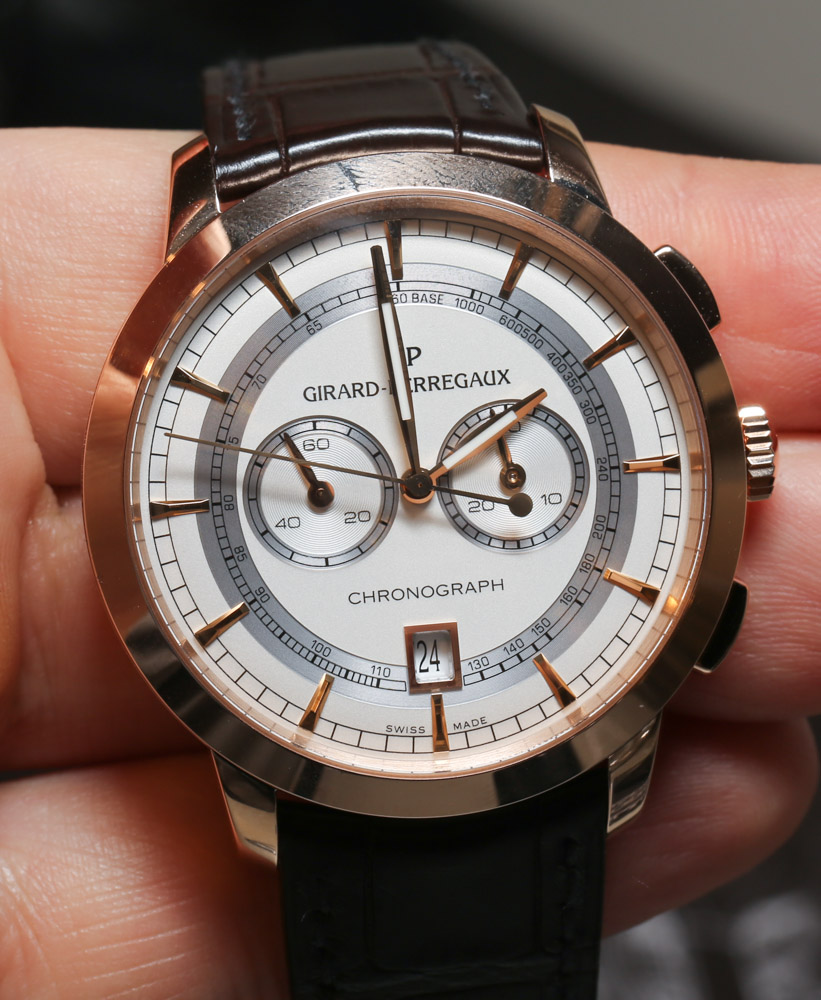 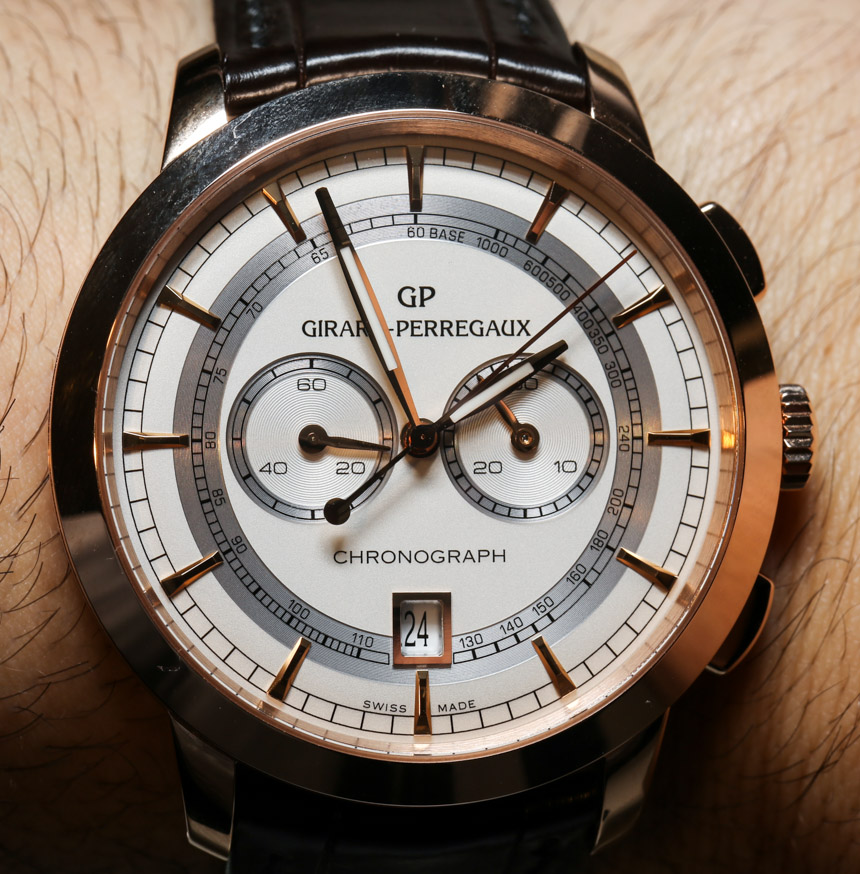 Among other things, Girard-Perregaux is a dedicated producer of watch movements. In this 1966 collection watch we find a brand new chronograph caliber for 2013. Despite the brand’s penchant for offering wonderfully classic watches, they have been an innovative brand for decades, especially when it comes to movements. In the 1970s, Girard-Perregaux (especially) was actually among the leading Swiss watchmakers experimenting with the then new quartz movement technology. Some of the most interesting Swiss quartz movements of the era were produced by Girard-Perregaux, including analog, as well as LED digital timepieces. And yes, those are pretty desirable collector’s items.

Today’s Girard-Perregaux retains a lot of the brand’s historical pioneering spirit, and ability to adapt to the market. While Girard-Perregaux has never stopped making movements, the next few years will see a new golden age of in-house production at GP. One thing that Girard-Perregaux was without for a while was a truly in-house chronograph. What does that mean? Well for a while the chronograph watches from the brand were half in-house, with chronograph modules used on top of the in-house produced caliber GP 3300 base automatic movement. The modules were produced by fine Swiss suppliers such as Dubois-Depraz. That is all beginning to change. 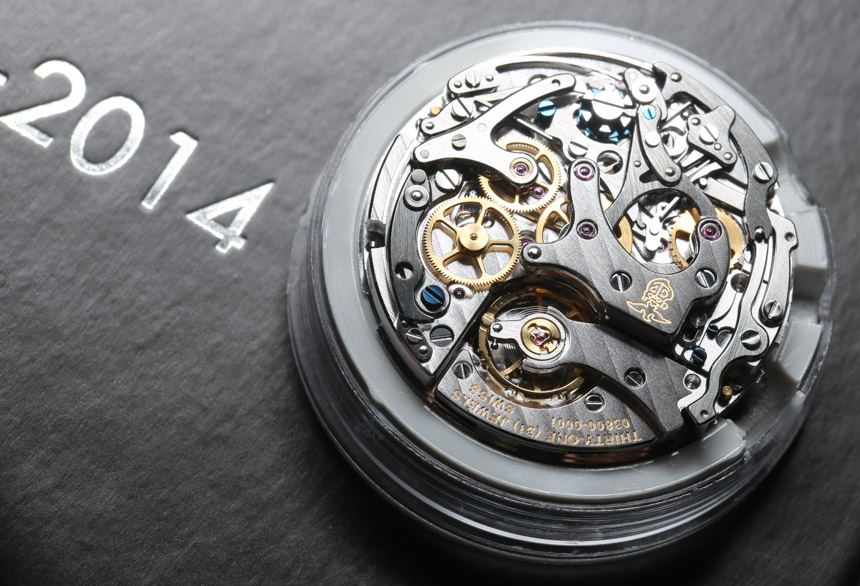 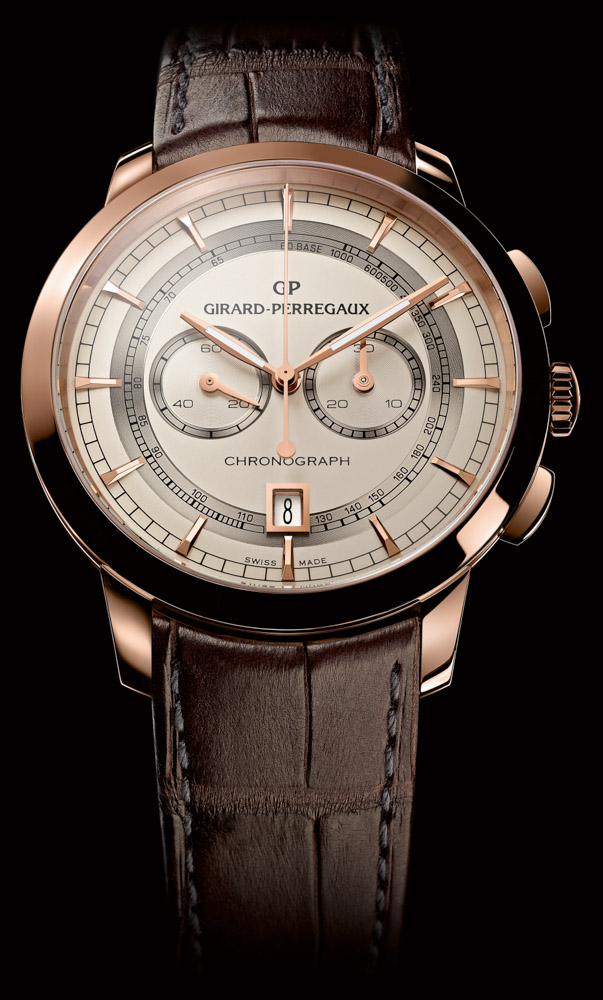 For 2013 Girard-Perregaux has finally released a new “integrated” in-house chronograph movement. That means that the chronograph mechanism is fully integrated into the movement, as opposed to being a module on top of a base movement. Integrated chronographs are more challenging to produce, and of course are often more beautiful to look at. The new movement is the Girard-Perregaux GP03800-0001 (GP 3800), and it is manually wound with a 58 hour power reserve. It contains a column wheel for the chronograph, as well as a jumping 30 minute indicator. Other features include the time and date. Surely the GP 3800 will be a base for even more complication chronographs to come out of the brand in the years to come.

Running at 4Hz (28,800 bph), the new movement is thoroughly modern, as well as very attractive to look at. No doubt it is visible through a sapphire caseback window on the rear of the watch. Girard-Perregaux has chosen its popular 1966 watch collection to debut the new movement. To compare, you can see a previous aBlogtoWatch review of the Girard-Perregaux 1966 Chronograph 42mm watch. As you will see, this new version of the 1966 Chronograph sports a fresh dial design, and of course the new movement. Girard-Perregaux may have missed an opportunity though as the two movements are functionally the same, making it difficult for all but the most dedicated of collectors to understand the difference. Though there is an important technical difference (that will not be apparent to most people who aren’t movement junkies like us). The new movements include a Girard-Perregaux Microvar balance wheel design. These are a new form of free-spring variable inertia balance wheels that when regulated properly are said to result in very high accuracy performance ratings.

That means that the previous 1966 Chronographs and the Integrated Chronograph each have the time, 30 minute chronograph and the date. Sure the movement is much more lovely on the Integrated Chronograph, but I don’t feel that there is a clear winner. The previous version is also an automatic, which some prefer. Then again you need to understand Girard-Perregaux’s motivation behind offering the new chronograph movement in this collection. It is a brand new caliber for them that they are trying to slowly integrate into their collection. At this point the brand is going through a transitional phase as they work to produce an increasing variety of in-house movements, so there is bound to be a bit of redundancy. 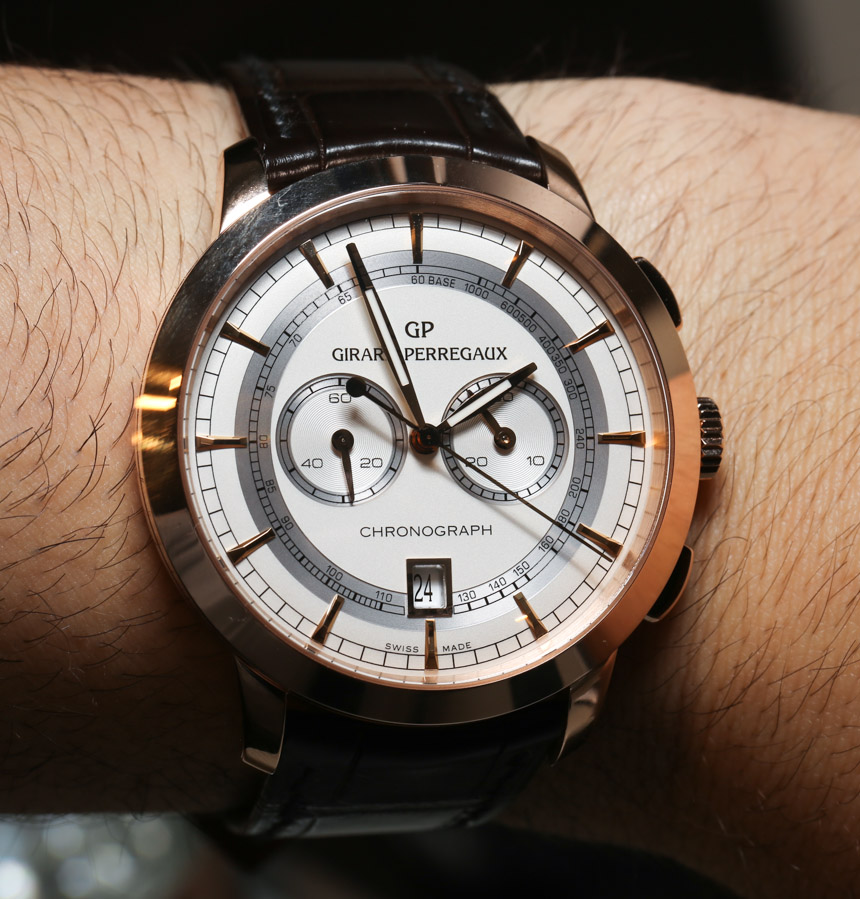