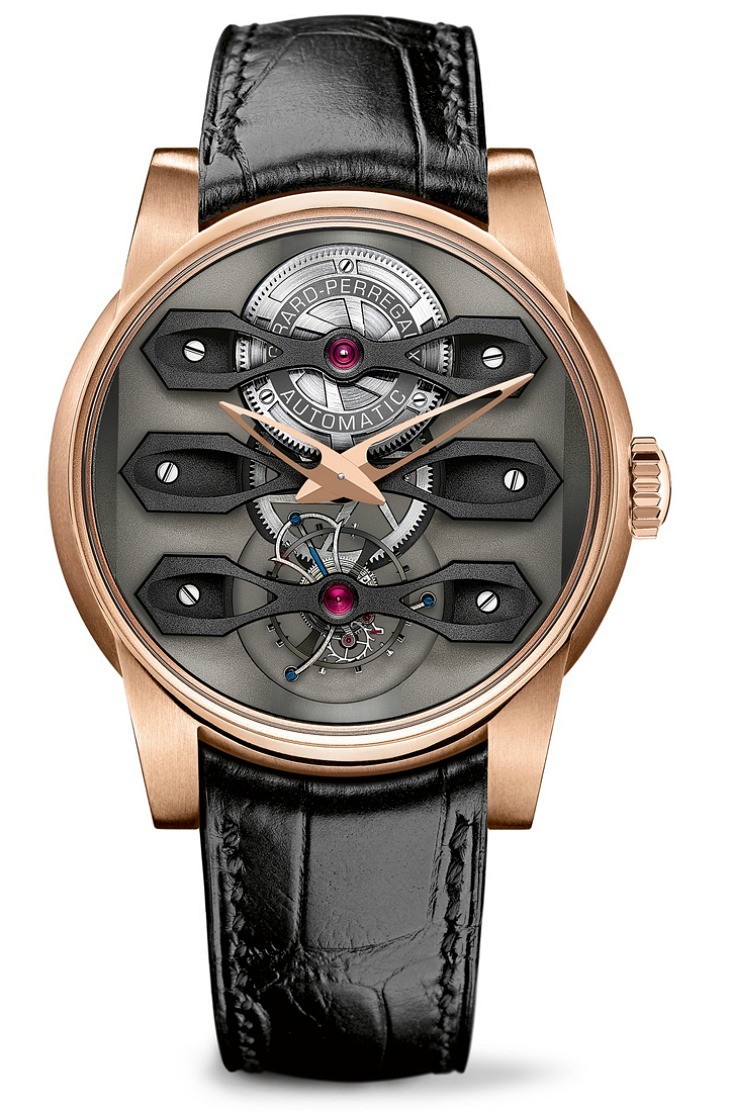 The iconic Three Bridge Tourbillon collection from Girard-Perregaux has been one of the more understated, yet interesting high-end timepieces available for quite sometime. Originally based on the design of a Girard-Perregaux pocket watch from the late 19th century, the aesthetic of three distinct parallel bridges and a tourbillon has been a key part of the brand for as long as I can recall. A new version with an automatic and an updated design has been released for 2014 at the Baselworld watch show.

Known as the “Neo Tourbillon With Three Bridges,” the timepiece is most noteworthy for playing with the design of the bridges themselves. Retained are the arrow point ends, but now they are now skeletonized. Further, the 2014 Girard-Perregaux Three Bridge Neo Tourbillon Automatic model will have titanium bridges in a deep gray color with a very interesting look. Pretty much everything about the watch is actually new, especially the hour and minute hands as well as the touribllon cage. Further, the in-house made Girard-Perregaux caliber GP09400-0001 movement features a 72 hour power reserve along with automatic winding, being built of 245 components. 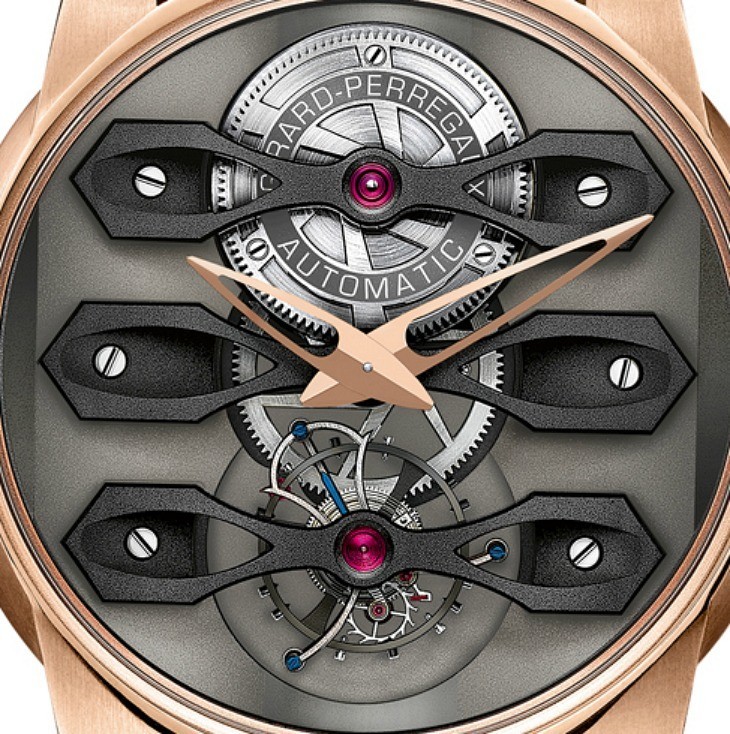 While the outgoing Three Bridge Tourbillon is no slouch, I am happy to see that Girard-Perregaux decided to offer a more than symbolic new addition to the collection with something that is totally fresh in the Girard-Perregaux Three Bridge Neo Tourbillon Automatic. I, in particular, am a fan of when brands attempt to “reinvent” their own classics to see what happens.

The Girard-Perregaux Three Bridge Neo Tourbillon Automatic will come in a 45mm wide 18k rose gold case with some interesting lines. For example, notice how the lug lines seem to go through the dial with the different finishing on the face. The dial reveals a skeletonized mainspring barrel and the tourbillon. The micro-rotor style automatic winding system should be visible on the rear of the watch. The overall design is modern, but with a lot of respect to the past. I think this model should prove to be a hit among traditional watch lovers who like what Girard-Perregaux is capable of. Price for the Girard-Perregaux Three Bridge Neo Tourbillon Automatic is said be in the 140,000 Euro vicinity. girard-perregaux.com