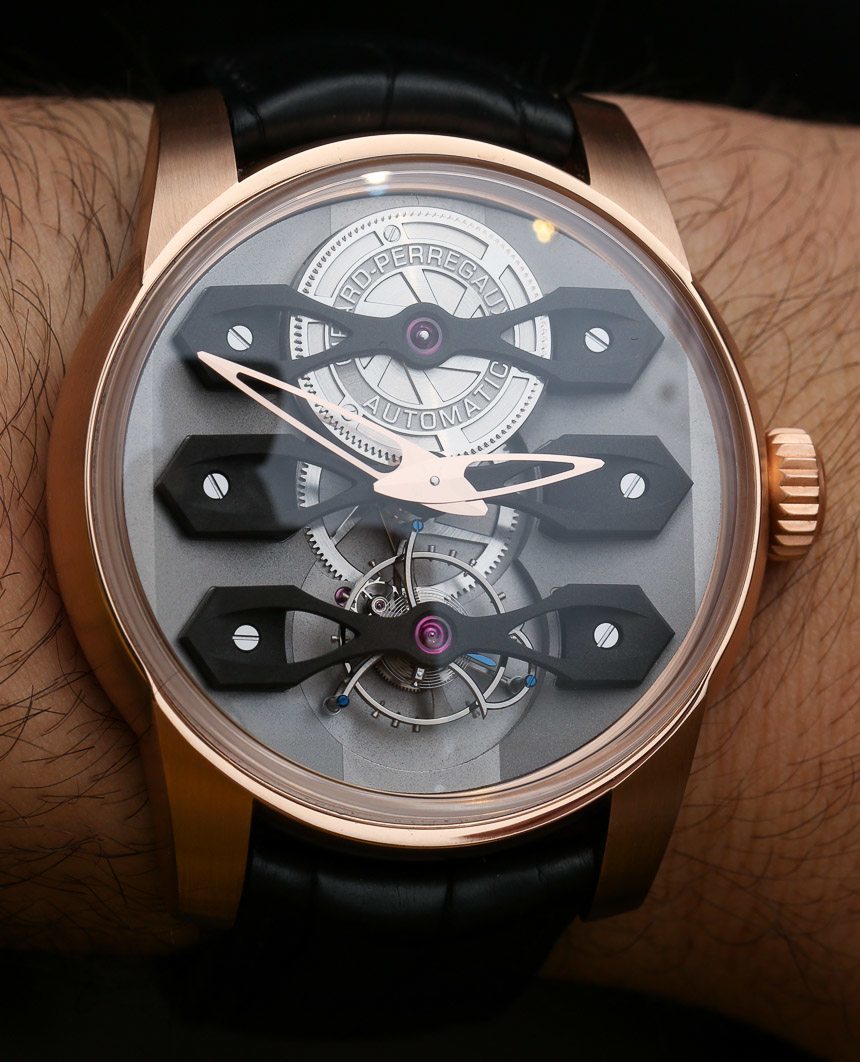 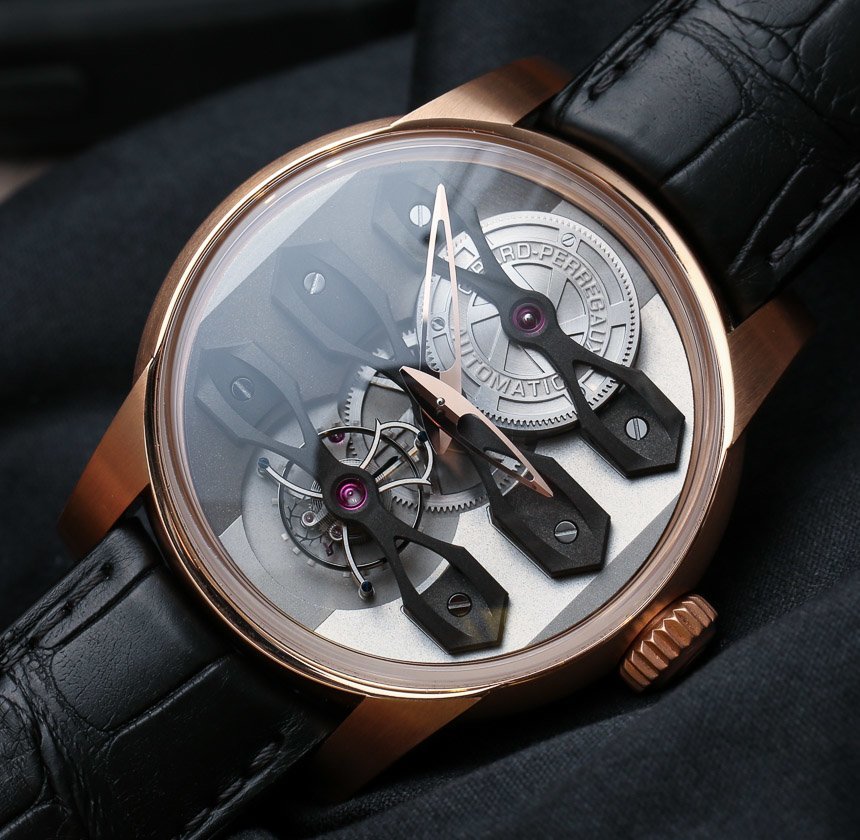 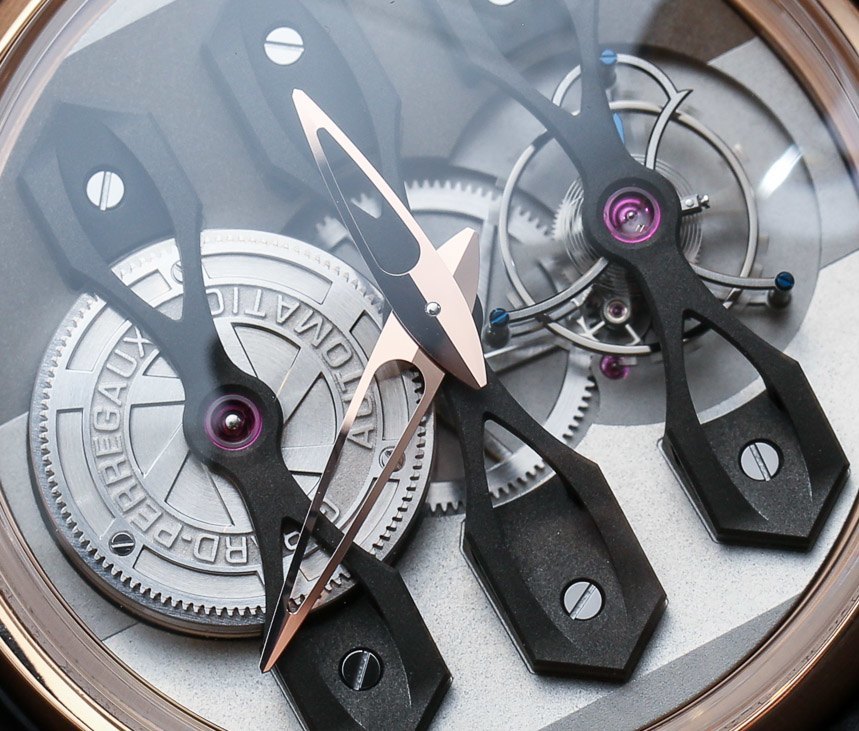 For the most part, the Girard-Perregaux Neo Tourbillon contains much of what we loved about the former models, but adds a lot. While the case is not as thick (14.45mm still), it still has a substantial feel to it with the hefty brushed rounded sides. At 45mm wide, it is still a large timepiece, but the lugs allow it to wear comfortably. The materials on the case and overall construction are really top notch.

The case itself is uniquely detailed with a cool-looking sapphire crystal that sits over the entire case acting as the bezel. Acting like a cap, the sapphire crystal allows for a very dynamic view into the dial. Even though it is curved, Girard-Perregaux ensures that it has the right amount of AR coating so it is not marred with glare and reflected light. If there is any company that understands how to properly use sapphire crystals it is GP, for sure. 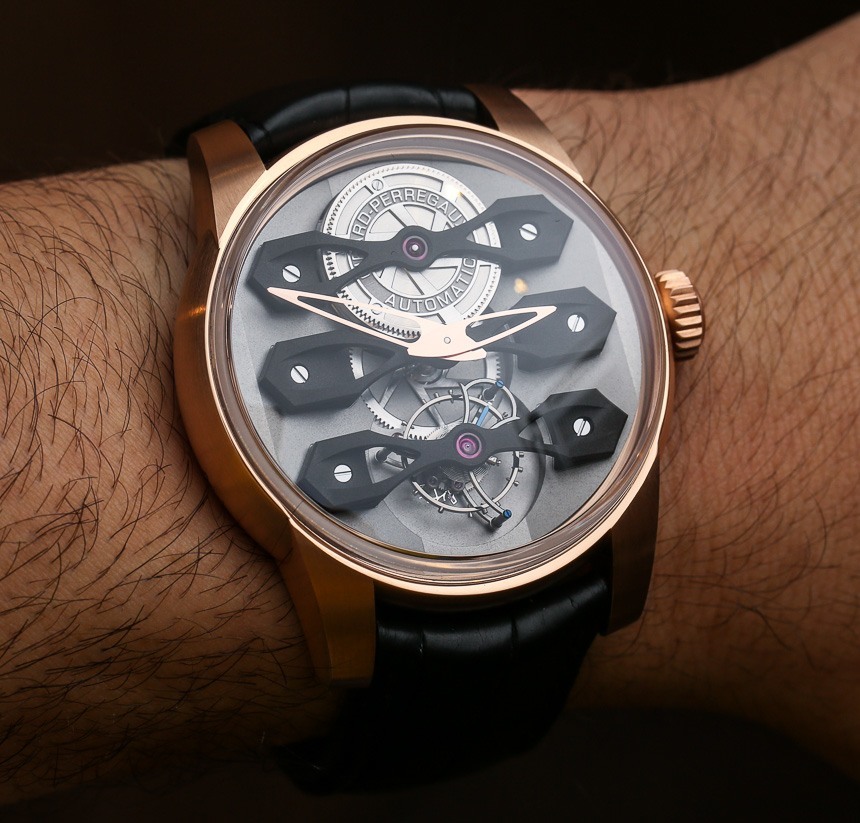 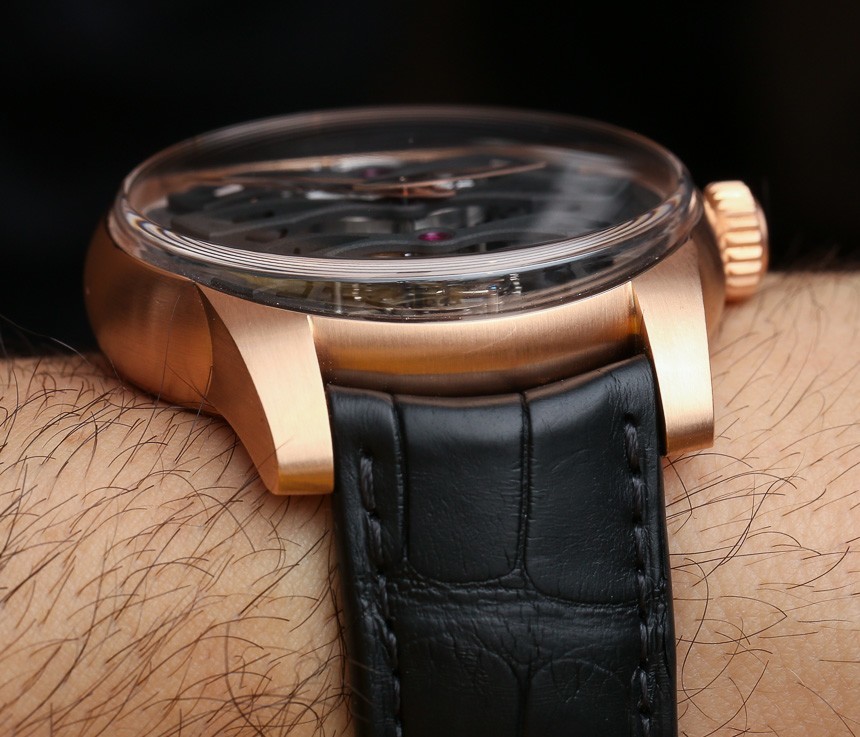 Probably my least favorite part of the entire watch is the hands. I get what Girard-Perregaux was trying to do, but I am not sure it worked out perfectly in the execution. Former models used amazing looking dauphine hands that were perfect. Here, you have a set of rounded-ish dauphine hands that are both skeletonized and polished. They look attractive enough but – you can guess what I am going to say next… yea, legibility suffers. That is not only because the hands are mostly cut-out, but also because they reflect light, which makes them more difficult to read. If Girard-Perregaux wants skeletonized hands, that is fine, but they should ensure that there is proper finishing on them, and I don’t think they need to be as skeletonized.

The re-imagination of the “three bridges” concept works very well on the dial. The three bridges have been redesigned and are also skeletonized. On the dial of the Girard-Perregaux Neo Tourbillon watch, they are produced from PVD-coated titanium and quite literally look like bridges being raised up. Girard-Perregaux stays true to the Three Bridges theme without applying too much polish to the dial and offering textures and finishes that promote visibility of the details. 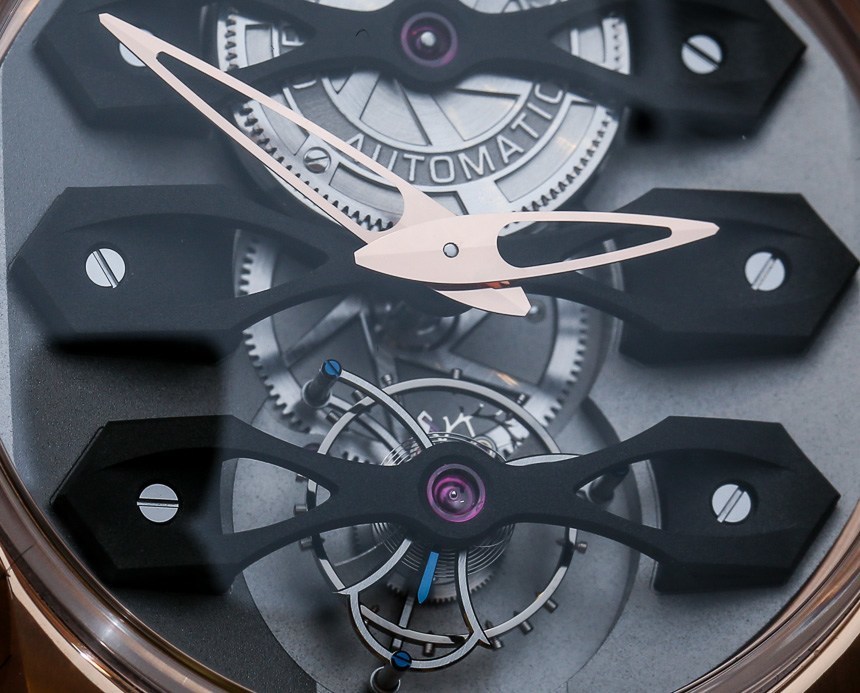 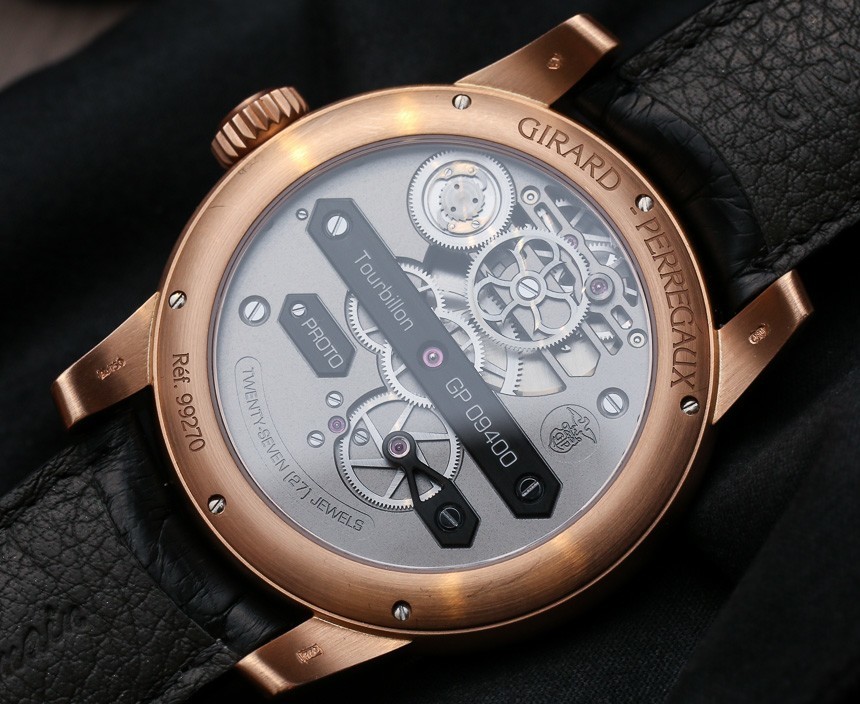 Inside the Neo Tourbilon With Three Bridges watch is the Girard-Perregaux in-house made caliber GP09400-0001 automatic movement. A micro-rotor is placed right behind the mainspring barrel that offers around 72 hours of power reserve. The movement operates at 3 Hz and contains a tourbillon-style escapement. Here, it is just a simple tourbillon (no bi or tri-axial ones), but it is rather large, being over 14mm wide in diameter. At 245 pieces, you get a nice mixture of complexity and style in the mechanism.

For 2014, the Girard-Perregaux Neo Tourbillon will be available exclusively in 18k pink gold and is not part of a limited edition. I feel that future versions will come, but I don’t think that Girard-Peregaux intends for this case design to replace the existing Three Bridge collection timepieces. It is a successful re-imagination of a classic, and helps Girard-Perregaux maintain a high level of innovation and appeal at the $100,000 plus level. Price for the Girard-Perregaux Neo Tourbillon With Three Bridges ref. 99270-52-000-BA6A watch is $153,150. girard-perregaux.com 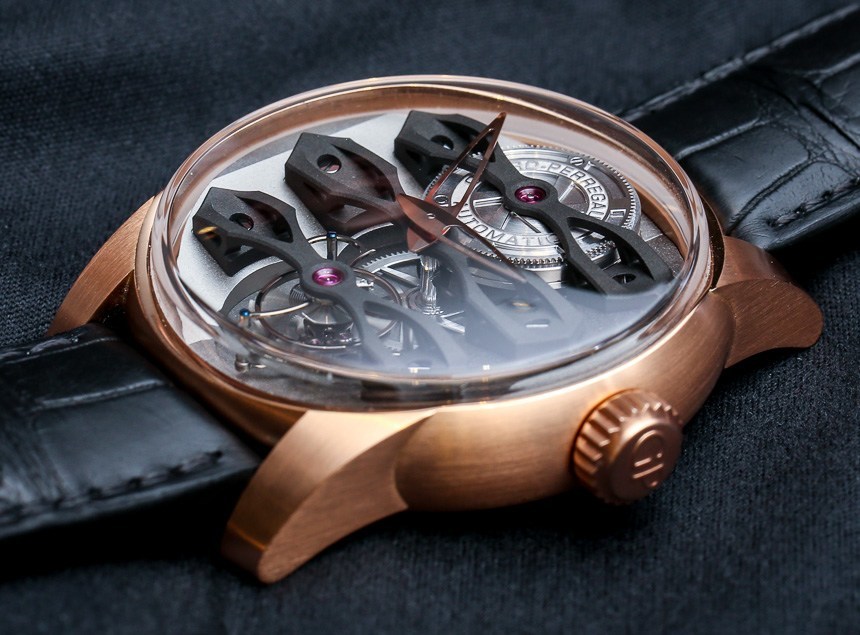 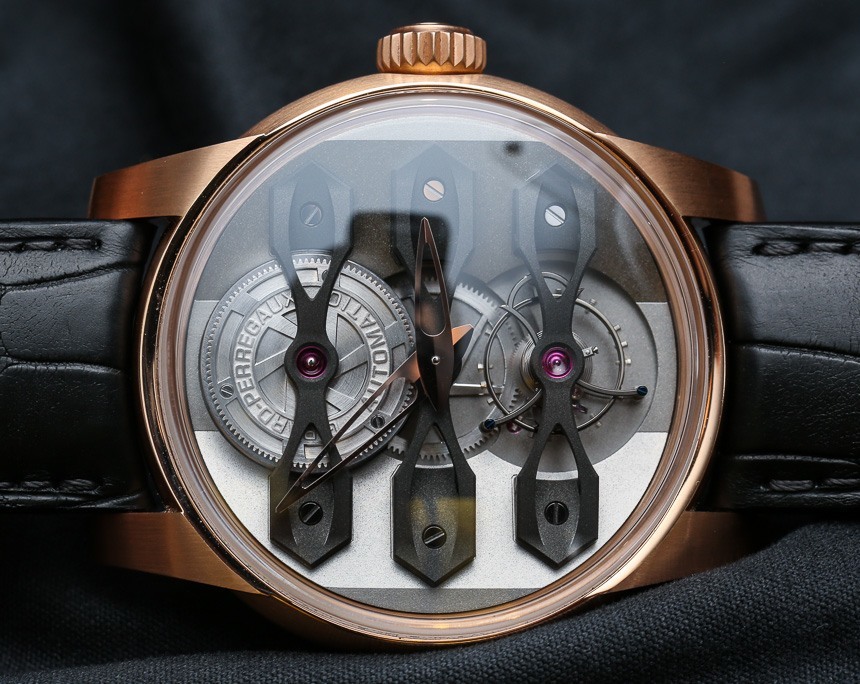