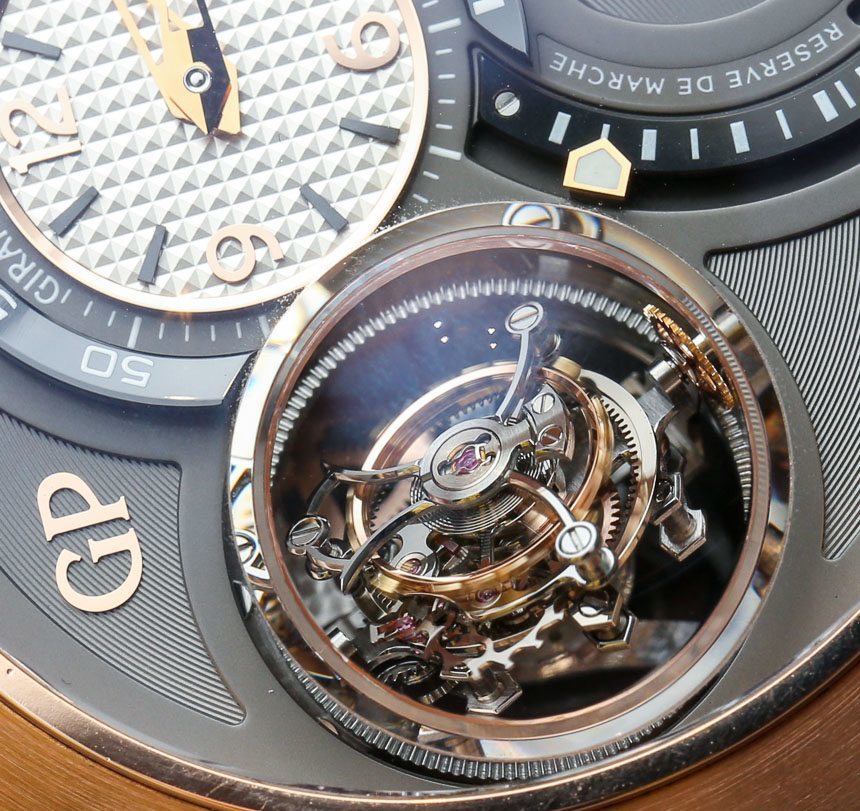 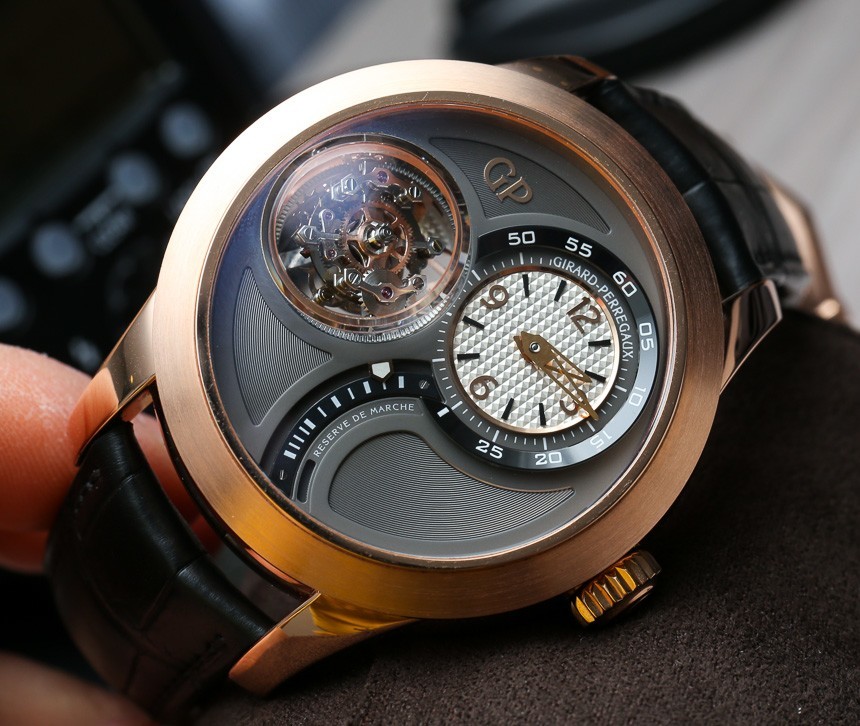 There are some people who might not understand the concept of a three axis tourbillon, so allow me to explain a bit. Of course, the best understanding will come from viewing the video. First of all, we are not talking about three different tourbillons. There are some watches (such as from Roger Dubuis and Greubel Forsey) that have multiple tourbillons. Rather, we are talking about a single tourbillon that rotates on three axis points – versus one axis point.

What purpose does offering multiple axis points of rotation offer? Well, none really, aside from artistic and mechanical value. It has been shown that a tourbillon mechanism – originally designed to help pocket watches be more accurate – doesn’t really add much to a wrist watch. We see tourbillons a lot because of their decorative value and complexity. It is not only difficult to design tourbillons, but it is difficult to assemble them. There are simply so many parts in such a small area. 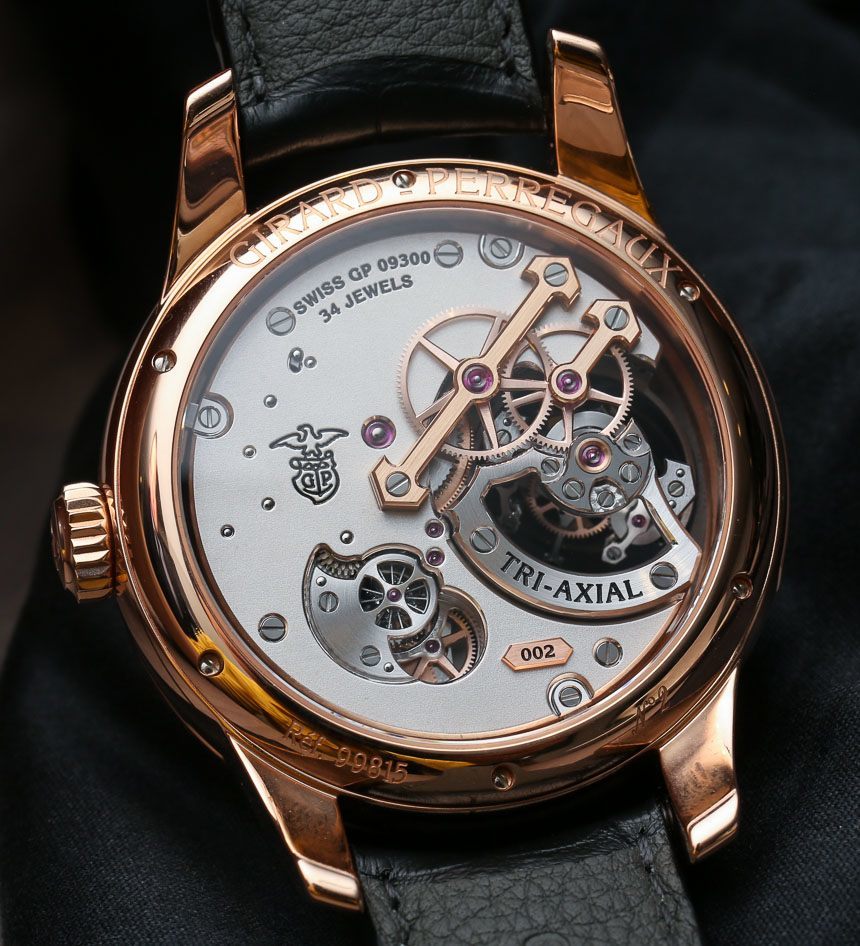 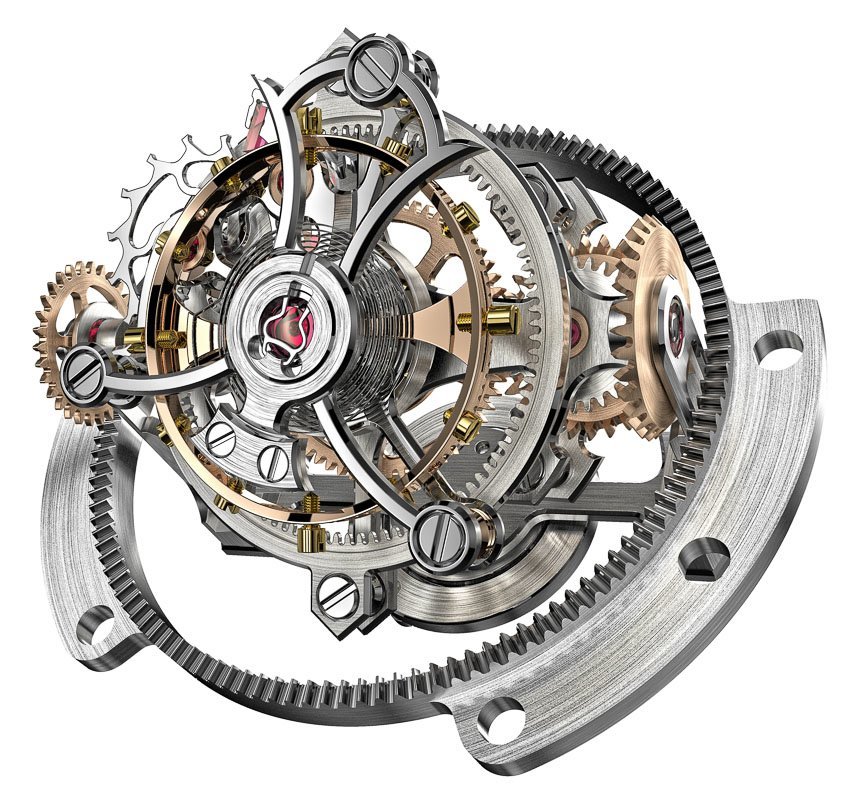 The entire tourbillon assembly in the Girard-Perregaux Tri-Axial Tourbillon is 13.78mm across in diameter, and it weighs just 1.24 grams. In that tiny space, there are 140 parts. Try to imagine what it is like to produce, decorate, assemble, and adjust just this tiny mechanism. Literally, the smallest error will result in the tourbillon system not working, as a range of gears must dance in unison. Furthermore, the complexity of the triple axis tourbillon holds the regulating organ of the watch. So in addition to the Girard-Perregaux Tri-Axial Tourbillon needing to actually work, it needs to work well in order for the timepiece to reliably indicate the time.

Adjustment of the balance wheel inside of the three axis tourbillon is also necessary. It contains 16 18k pink gold screws that must be carefully adjusted to ensure proper rotational balance, so that the watch’s timing rate results are within an acceptable range of accuracy. This must be done in tandem with ensuring that the entire tourbillon system works properly. In a sense, a triple axis toubillon is an exercise in mechanical futility as it does not add functionality, but as watch lovers, we deem it to be a heralded form of art. 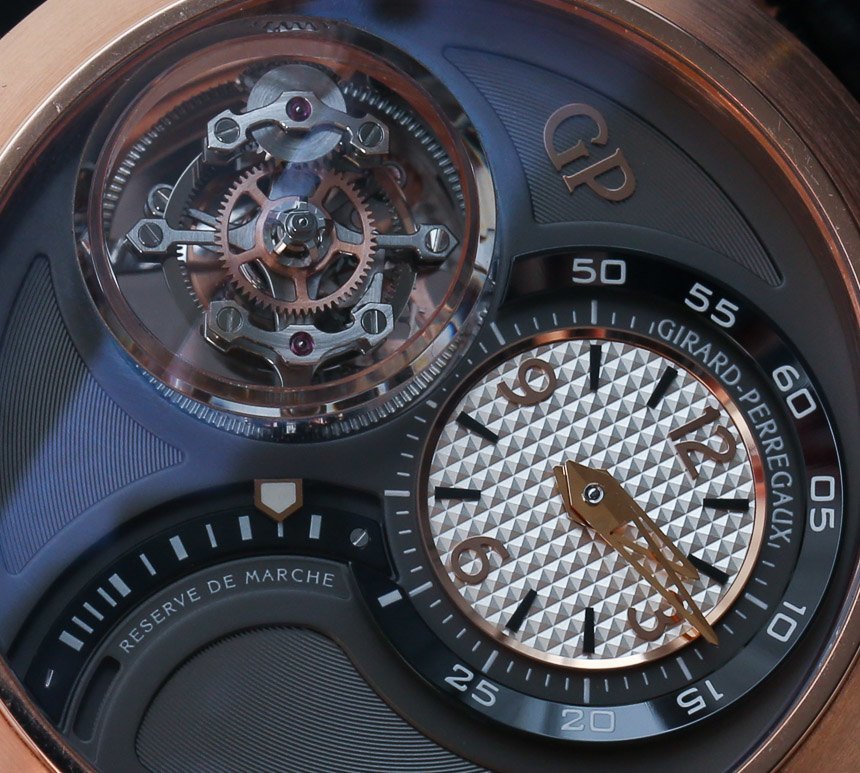 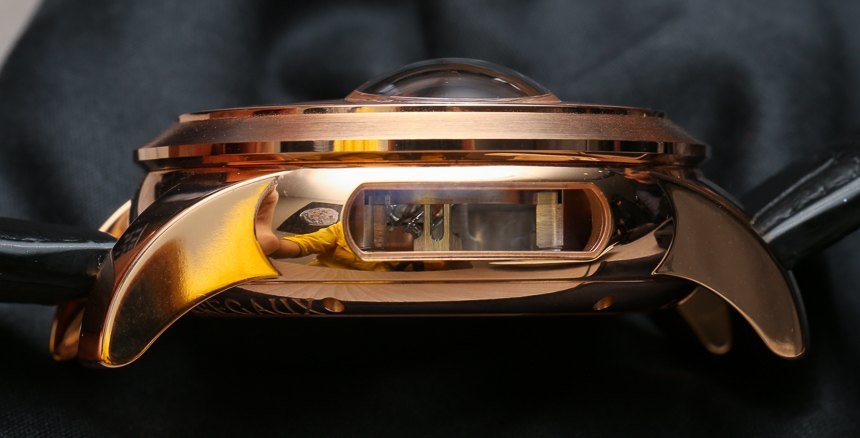 In a typical Girard-Perregaux system, the bridges on the tourbillon cage are produced in their typical “three bridges” style with arrow-tipped bridge ends. Even in this micro-space, Girard-Perregaux is keen on infusing a sense of brand DNA. All of this is part of the caliber GP09300-0001 movement, a new mechanism dedicated to the Girard-Perregaux Tri-Axial Tourbillon. The movement is manually wound with 52 hours of power reserve. It operates at a frequency of 3Hz (21,600 bph) and is made up of 317 parts.

The movement features an off-centered dial for the time, as well a handy power reserve indicator. Of course, there is the wide open window for the tourbillon, which has a bubble in the sapphire crystal to make room for it. Such “bubbles” in the crystal are becoming more acceptable these days. It was perhaps Zenith that first introduced them in the original Zero-G Tourbillon that later turned into the Christophe Colomb collection. Other brands, such as Harry Winston also use bubbles in the crystal to make space for their complex tourbillon complications. 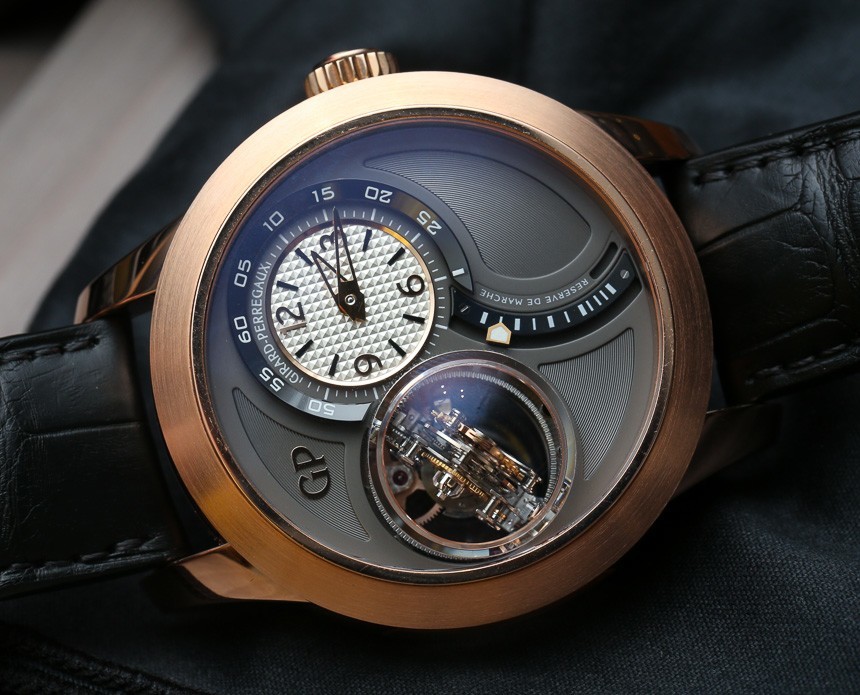