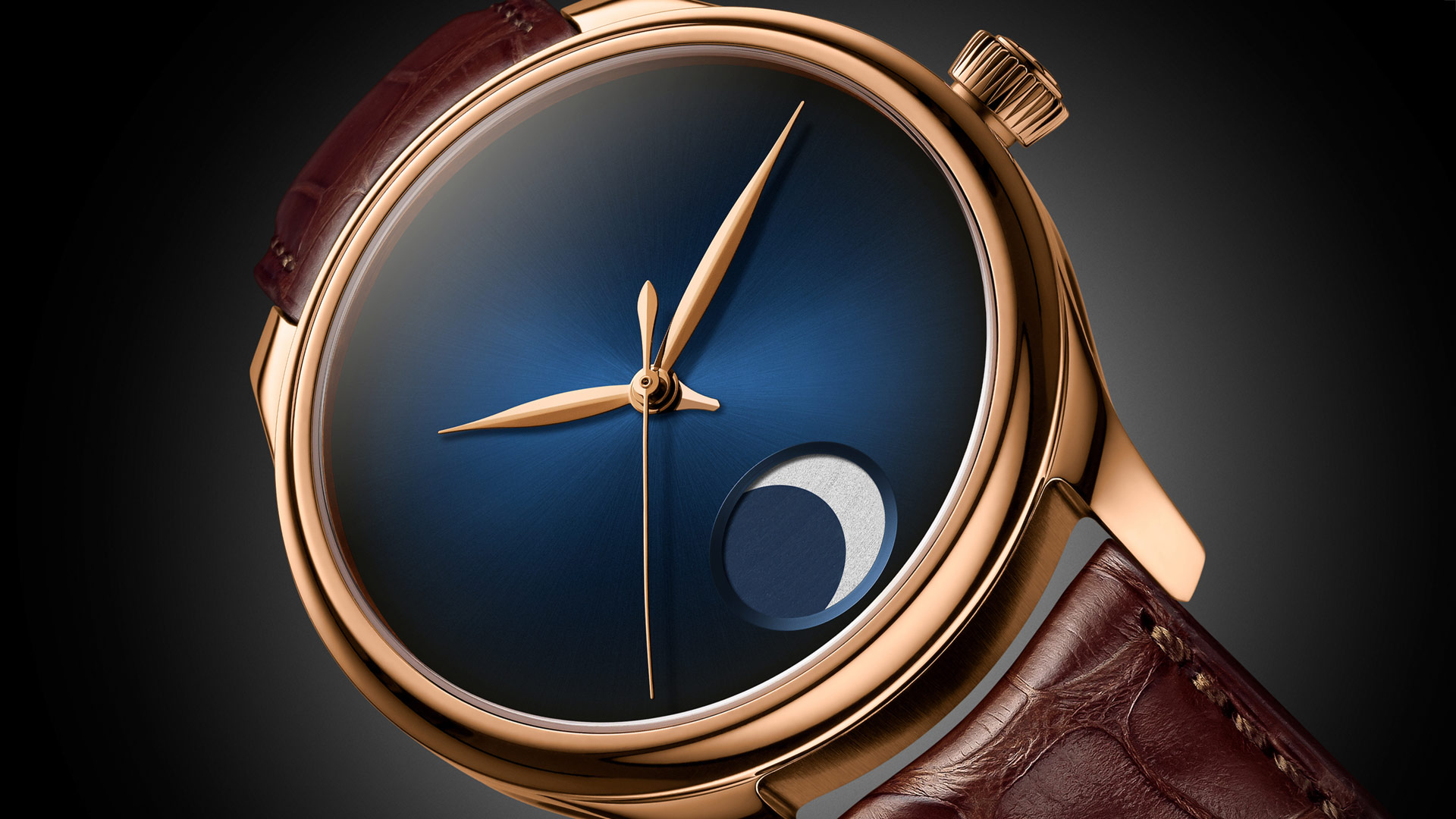 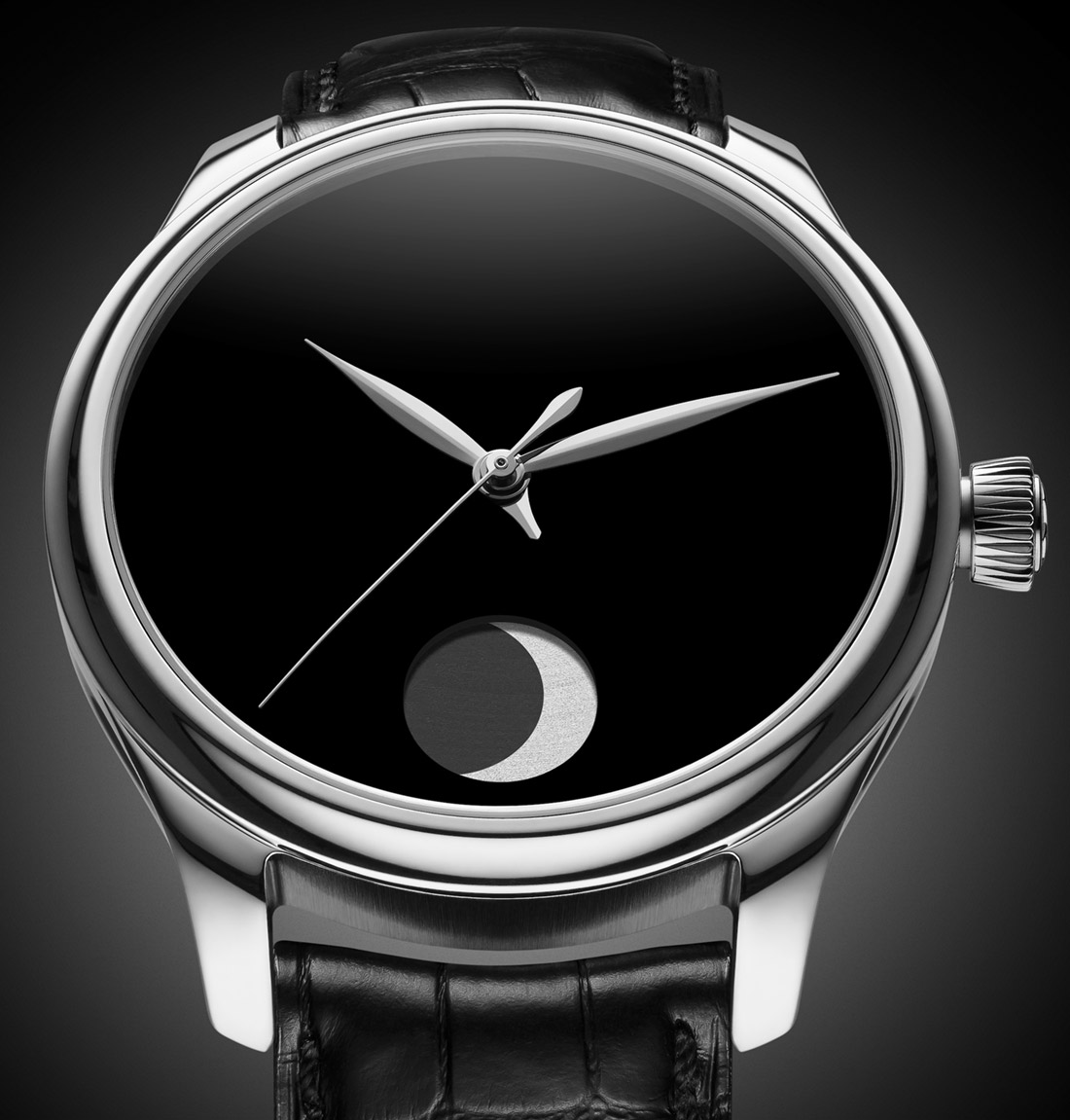 Swiss H. Moser & Cie. today introduces the latest moon phase watch that eschews the complication’s traditional understated display, instead choosing to emphasize it and embody the emotional connections associated with the moon in watchmaking form. The H. Moser & Cie. Endeavour Perpetual Moon Concept watch’s characteristically minimalist dial with light-absorbing carbon nanotubes is particularly well-suited to expressing the image of, say, a moon in a quiet sky. With little else on the dial at all, the moon is the focal point. These aesthetic features aside, a closer look reveals more clever and creative H. Moser & Cie. touches to round out the package. 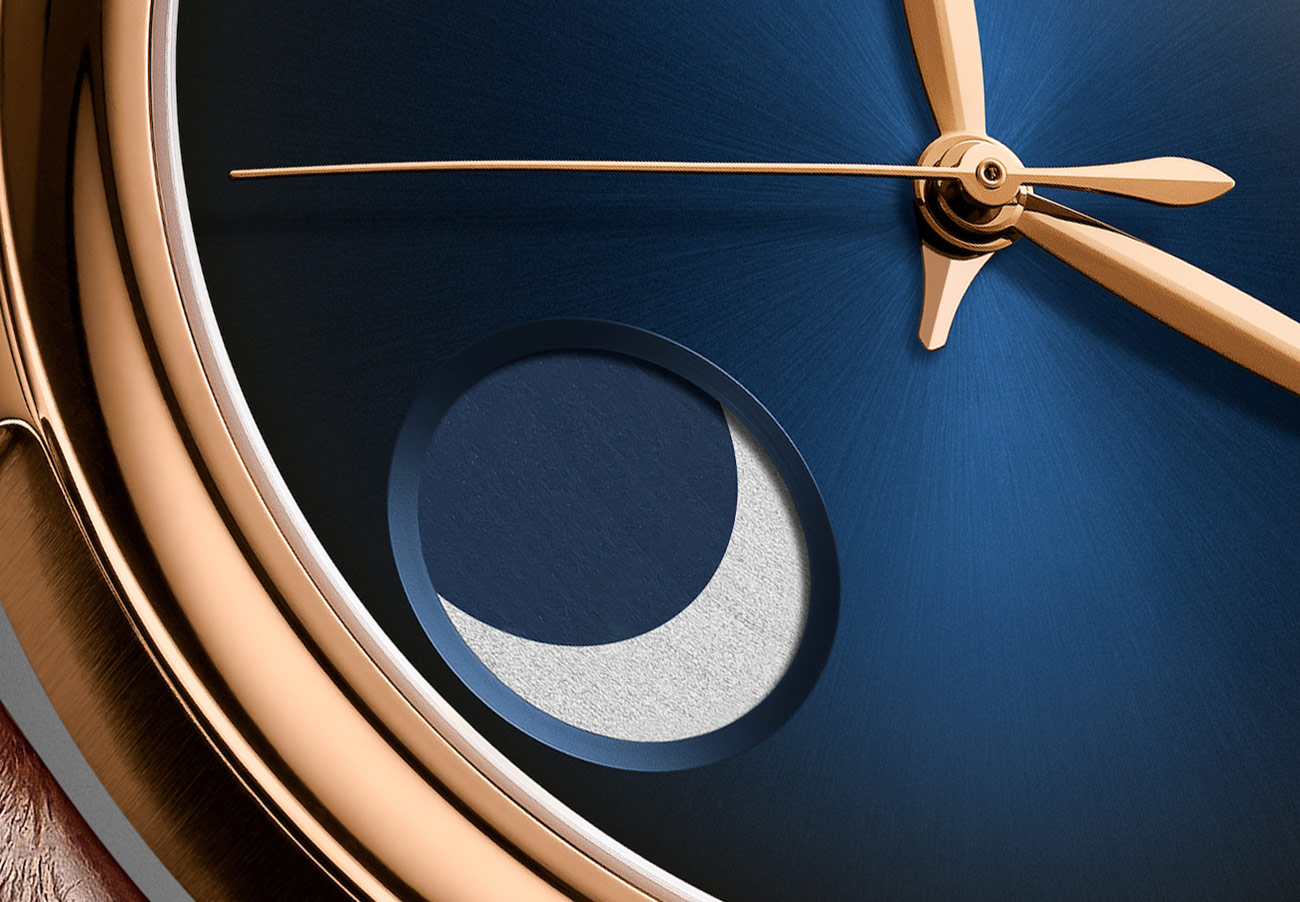 The austere “Concept” dial of the H. Moser & Cie. Endeavour, stripped of any indices or even text, immediately places it in the realm of the artistic. Such watches, like the Endeavour Perpetual Calendar Concept, for example, are representative of one aspect of H. Moser & Cie.’s admittedly multifaceted personality, at least in my mind. They also seem like an appropriate base upon which to highlight the moon phase, which many consider a whimsical and impractical complication — but it is worth noting that some professions would make good use of this information on the wrist, as a professional photographer recently pointed out to me. Good thing they placed the moon phase at 6 o’clock here, or it might have inadvertently ended up looking like a reference to the Movado Museum Dial watch (and Moser has been known to playfully “spoof” other watches). 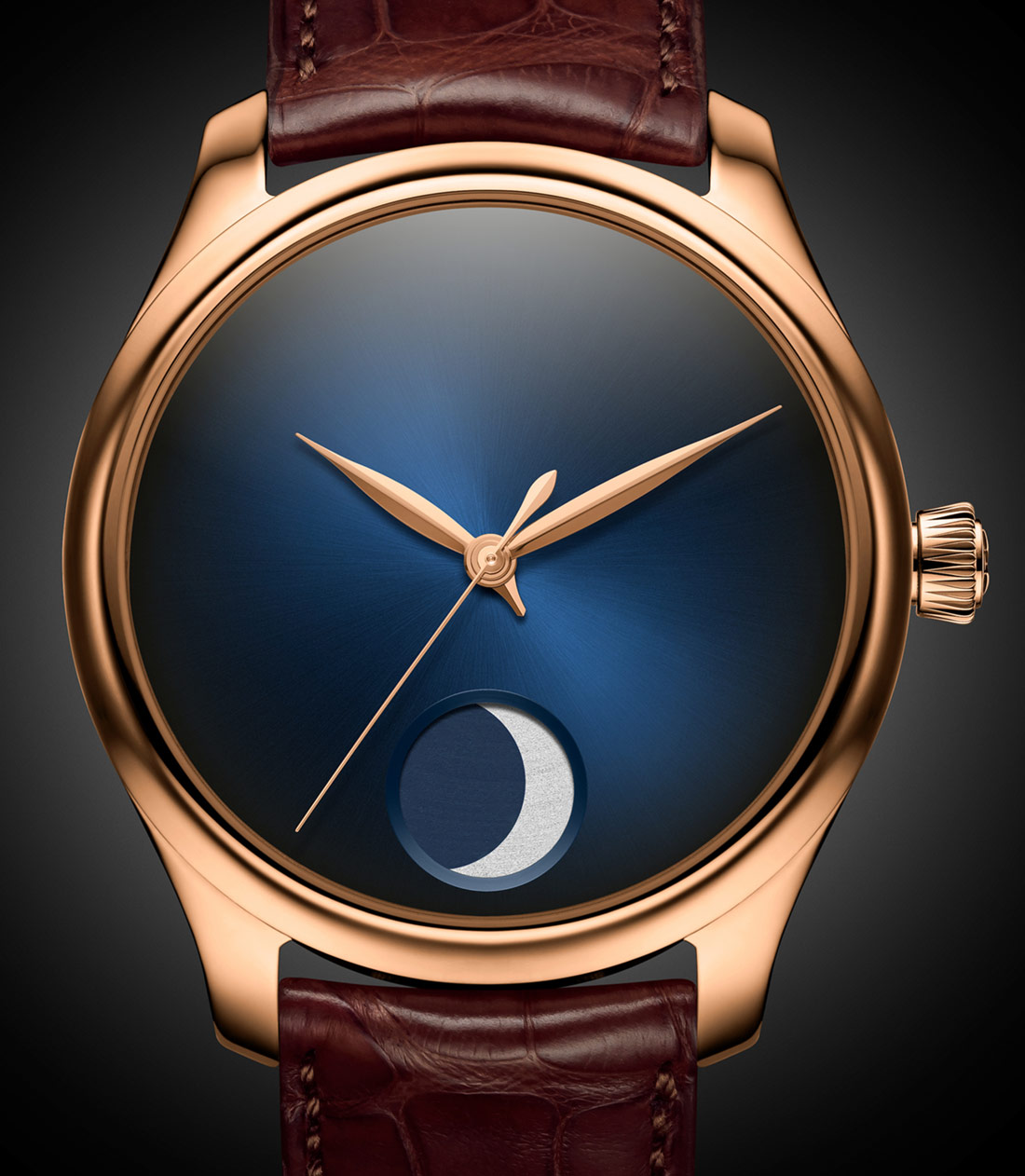 In two versions, the H. Moser & Cie. Endeavour Perpetual Moon Concept has a 42mm-wide, 12.9mm-thick case in either steel or red gold (Moser has not specified a water resistance rating but the screw-down crown indicates that it will have some level of water resistance). The red gold version has another Moser signature: the fumé dial, this one in blue. The blue and gold is an attractive combination, but the black dial of the steel version is probably the more discussion-worthy. That is because Moser uses a “high-tech” material to produce an unusually dark effect. 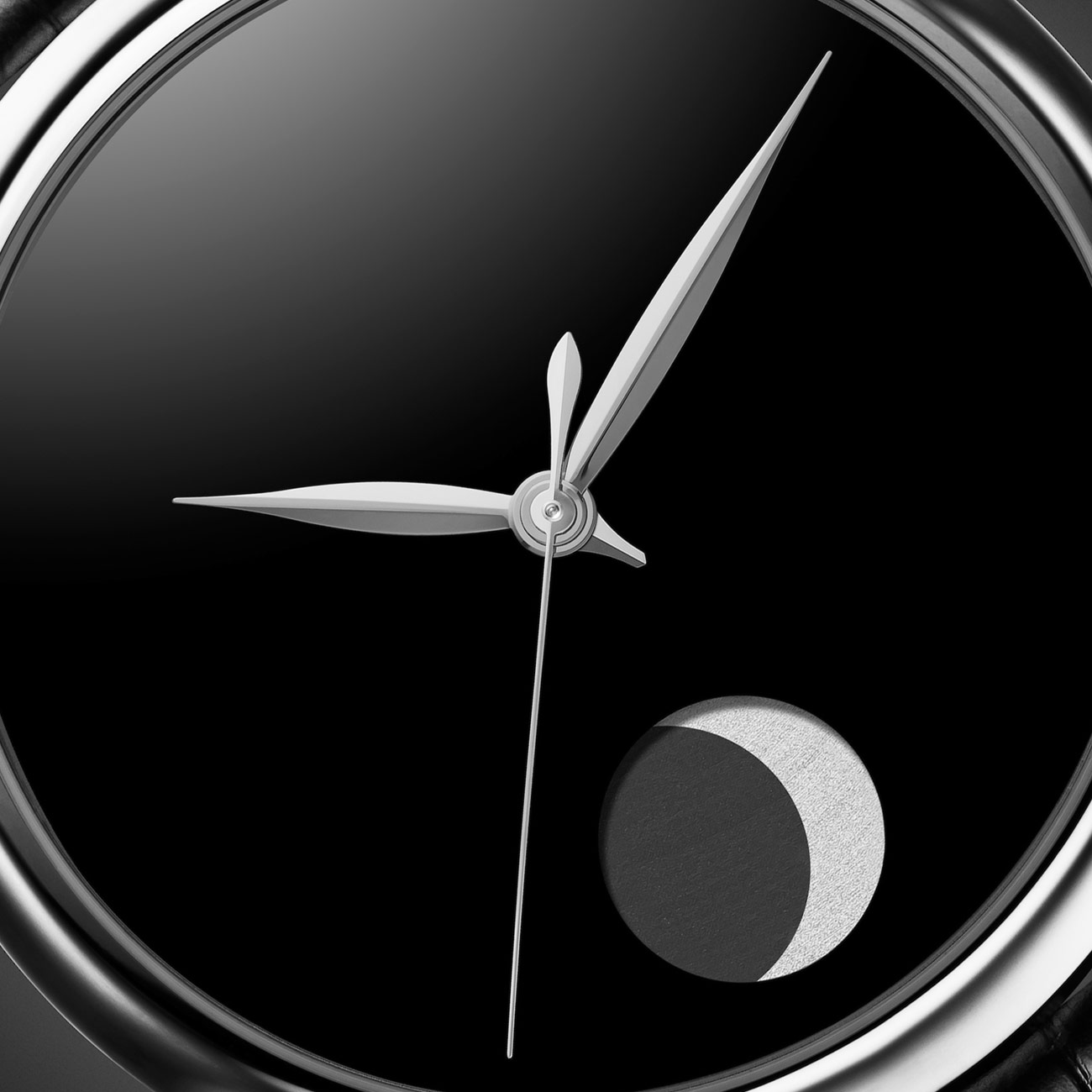 The dial of the H. Moser & Cie. Endeavour Perpetual Moon Concept in steel isn’t just any black, it is apparently abnormally black. H. Moser & Cie. uses a “Vantablack” dial coating made of “carbon nanotubes” produced by Surrey Nanosystems. The company says that Vantablack “holds the world record as the darkest man-made substance” and apparently absorbs 99.965% of light, which you can just round up to 100%. What does this actually look like? Well, there should be virtually no discernible texture to it, as three-dimensional objects coated with Vantablack even appear two-dimensional (demonstrated in a video on the company’s website), and… we are told it is possibly “the closest thing to a black hole we’ll ever see.” 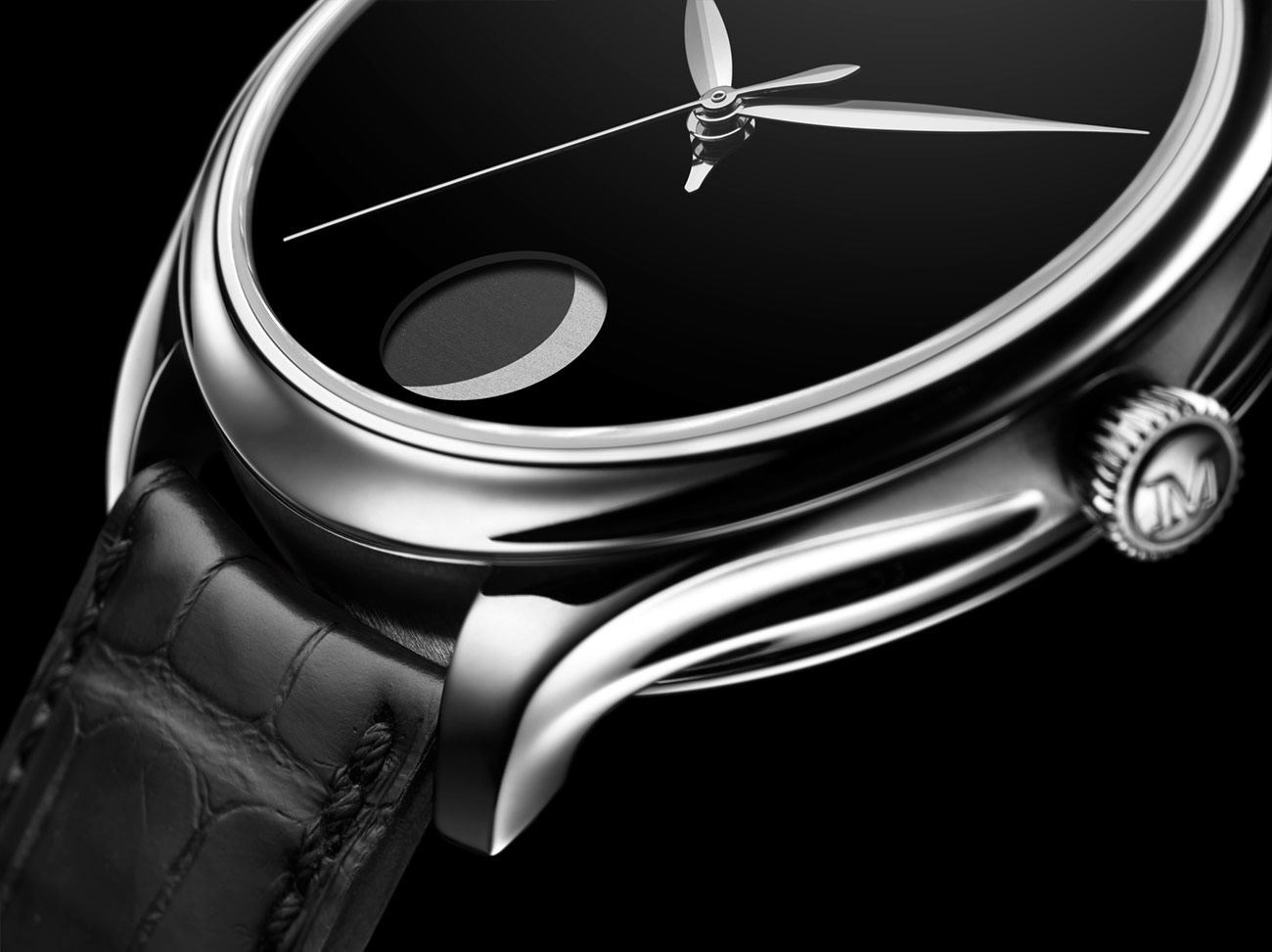 Frankly, reading about Vantablack on the company’s website (linked to above) is pretty damn fascinating. The coating has been used in telescopes and by the military for thermal camouflage, as well as the dial of Panerai’s LAB-ID Luminor 1950 Carbotech 3 Days PAM 700 (hands-on here). The Vantablack coating apparently cannot be printed on, and while Panerai chose to print on the crystal above, it happened to fit right in with Moser’s stark Concept dials anyway. This technology stimulates the imagination and the effect begs to be seen in person — as, by definition, it cannot be perceived in images — but in my imagination, at least, the moon phase display and hands of the H. Moser & Cie. Endeavour Perpetual Moon Concept will appear as if floating in space, with the sweeping seconds hand looking especially weightless. 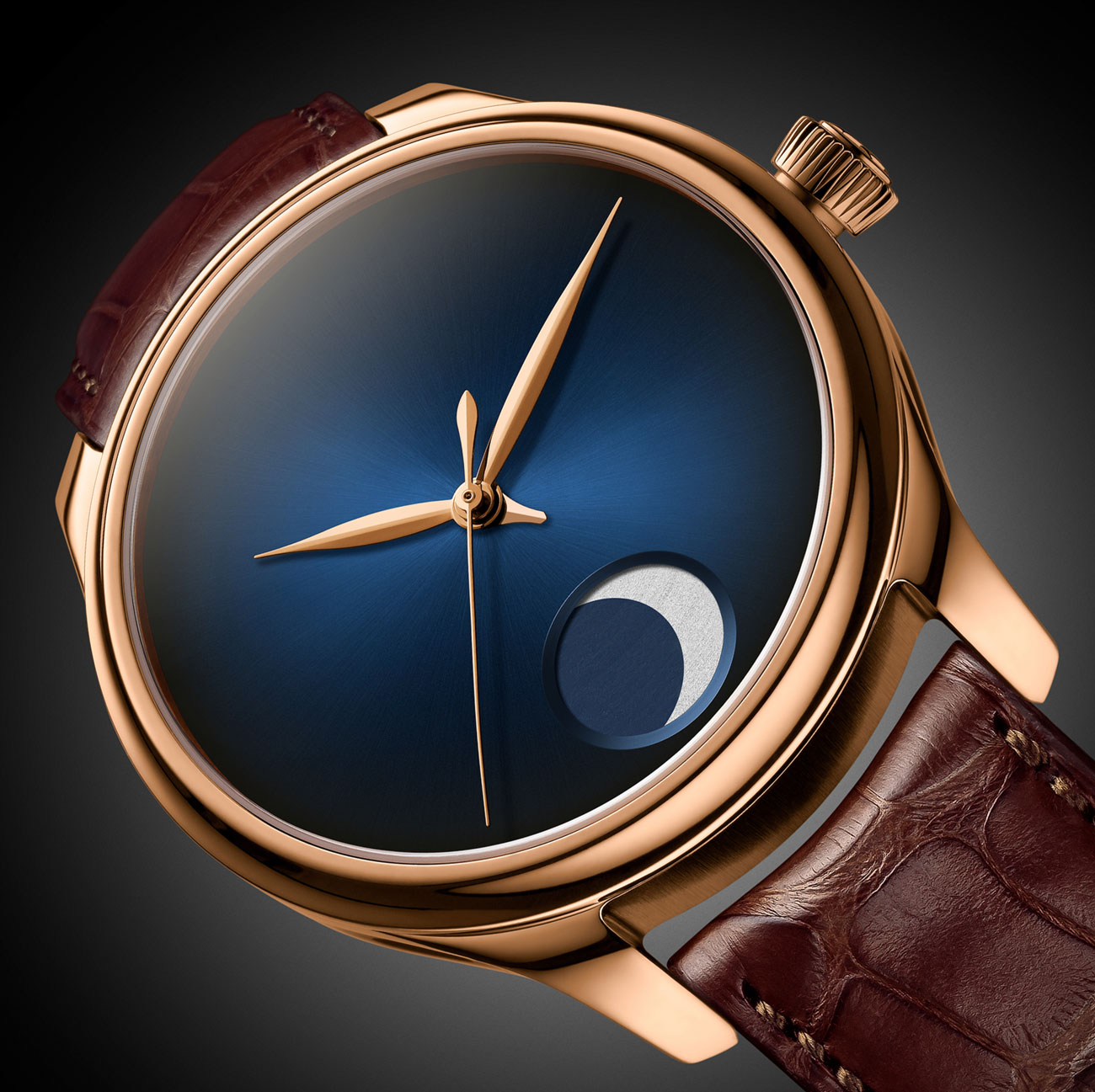 Perplexingly, H. Moser & Cie. has not included images of the caseback or the hand-wound, in-house HMC 801 movement that powers the Endeavour Perpetual Moon Concept. This is different from the HMC 348 movement found in Moser’s earlier Perpetual Moon watch which might explain why the H. Moser & Cie. Endeavour Perpetual Moon Concept is slightly bigger — or the brand might have just judged this to be the right size. Anyhow, it should be beautiful to admire, as all Moser movements are (you can learn more about Moser’s in-house movement production here), and one of the primary draws for such a watch. 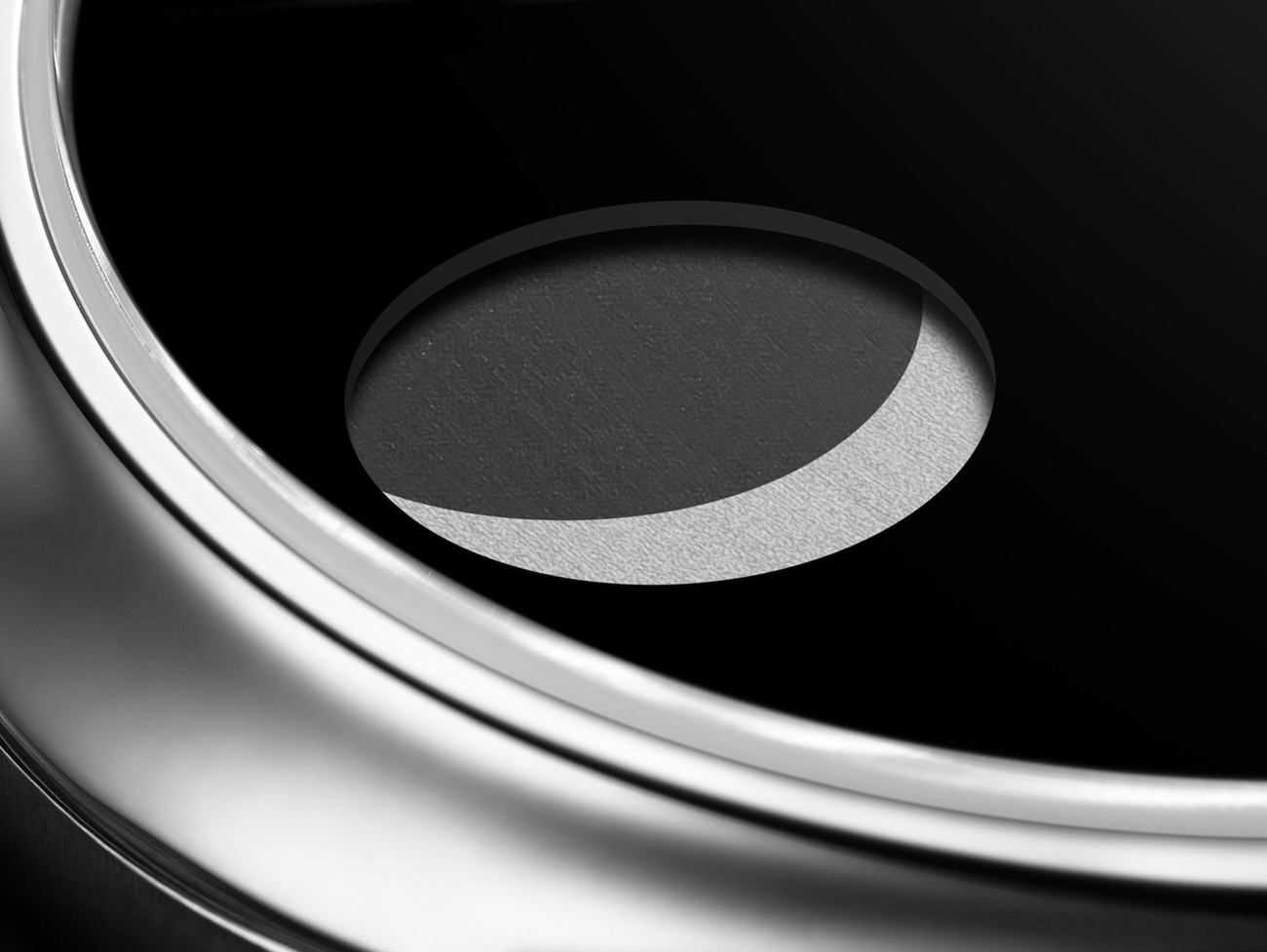 Regulated with traditional gold screws, you will be able to see the HMC 801’s interchangeable escapement and its balance wheel operating at a nice and leisurely 2.5Hz. Also visible on the movement is an indicator for its power reserve of seven days. The HMC 801 provides for a moon phase display that will only require adjustment of one day after 1,027.30 years — theoretically, of course, because there is no way a watch could be kept constantly running for so long, and will at least need servicing in that time. But I hope some distant human descendent is setting the moon phase on a Moser watch via the little pusher in the case side at that time. This figure upstages the more typical but still unnecessarily long 122 years that many high-end moon phase movements boast. 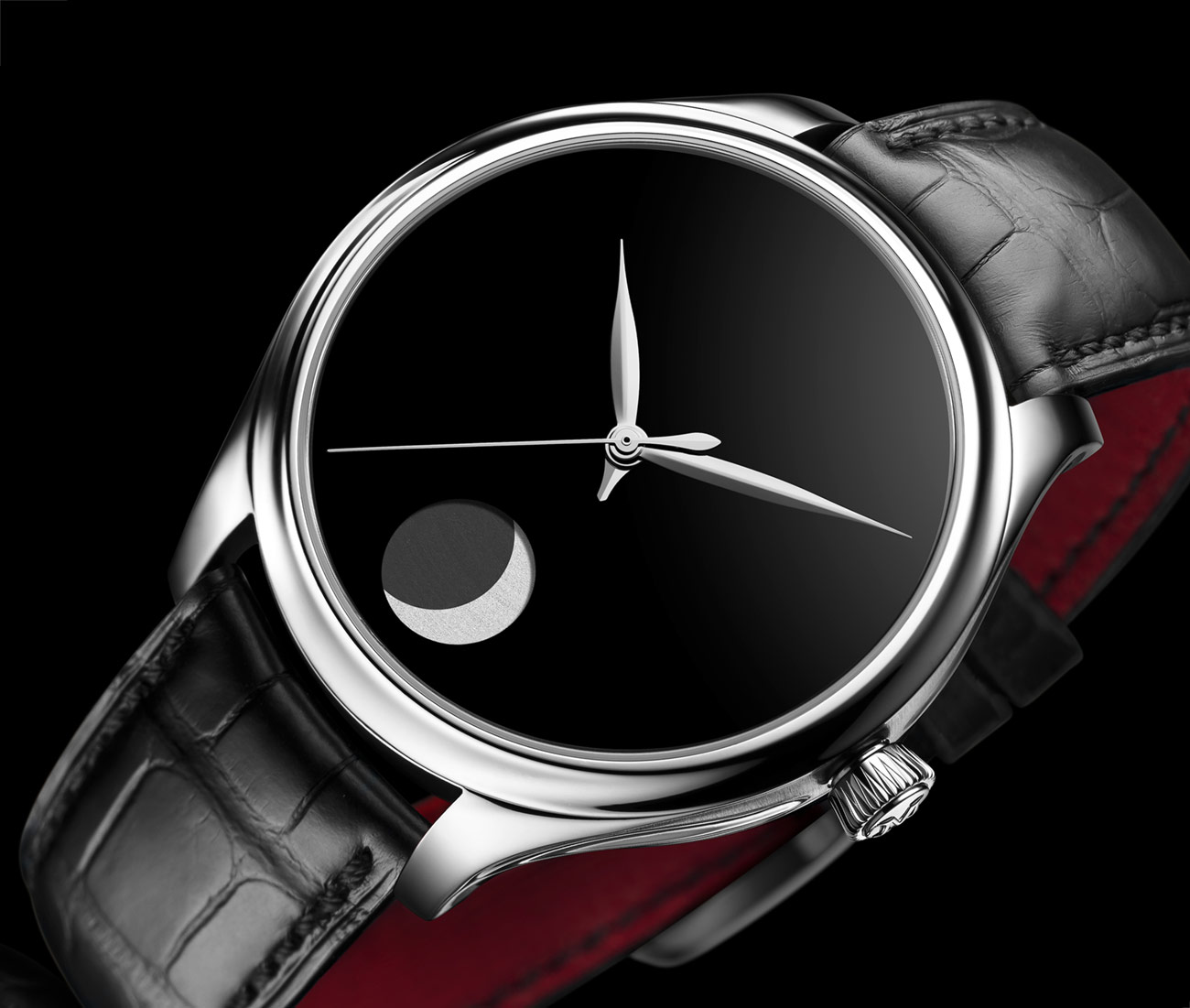 In pictures or at first glance, it may appear that this is a moon phase watch with three-hand time-telling. But there is a very short fourth hand that at first looked to me like a counterweight or part of one of the others. I believe that this indicates the 24-hour time, but since it is so short — and the dial lacks the precision of markers anyway — H. Moser & Cie. calls it an AM/PM indicator. Little touches like this give watches like the H. Moser & Cie. Endeavour Perpetual Moon Concept an extra boost of interest and help it to feel special. Each version of the H. Moser & Cie. Endeavour Perpetual Moon Concept watch will be limited to 50 pieces and will have a price of $35,000. h-moser.com