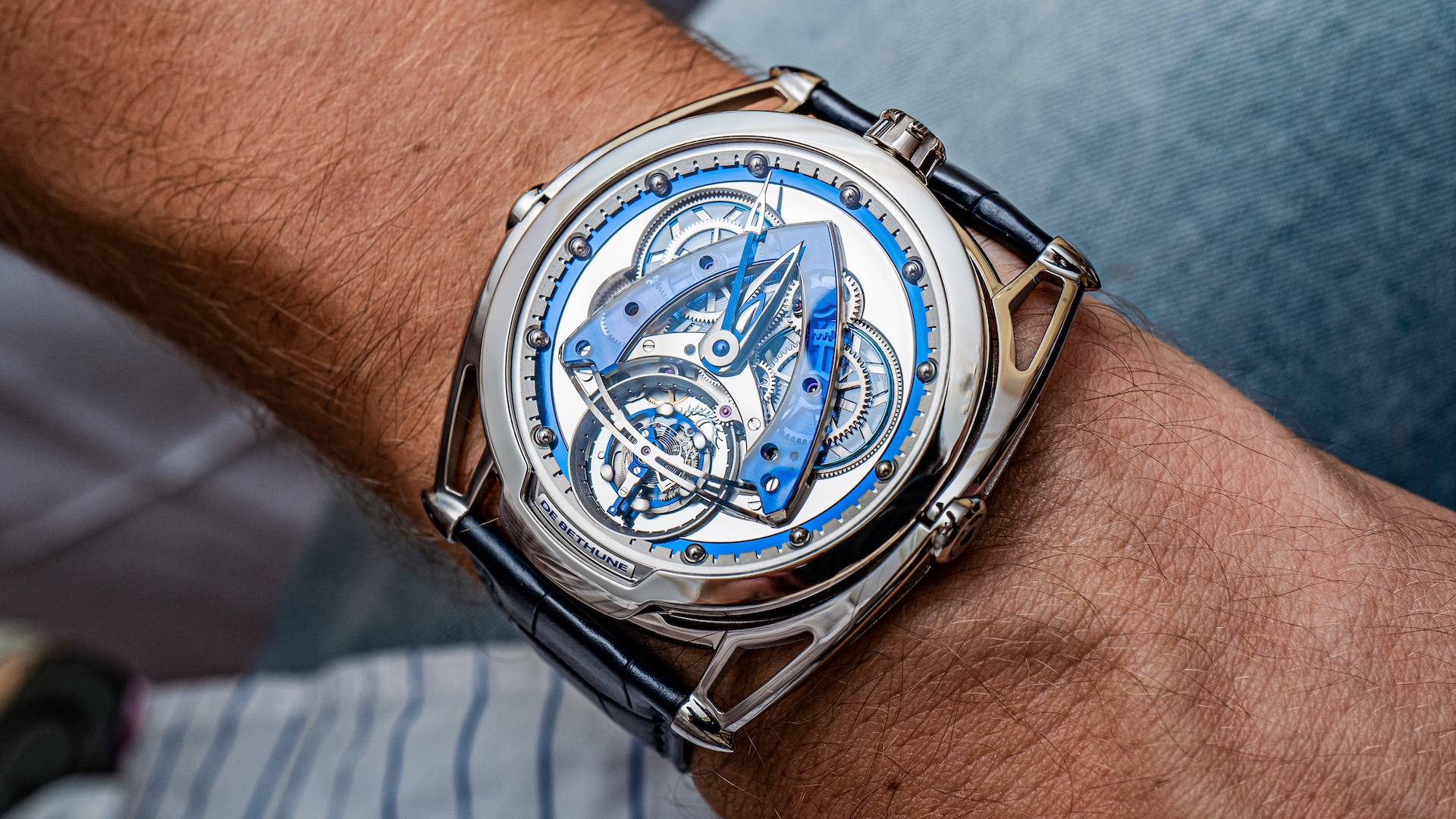 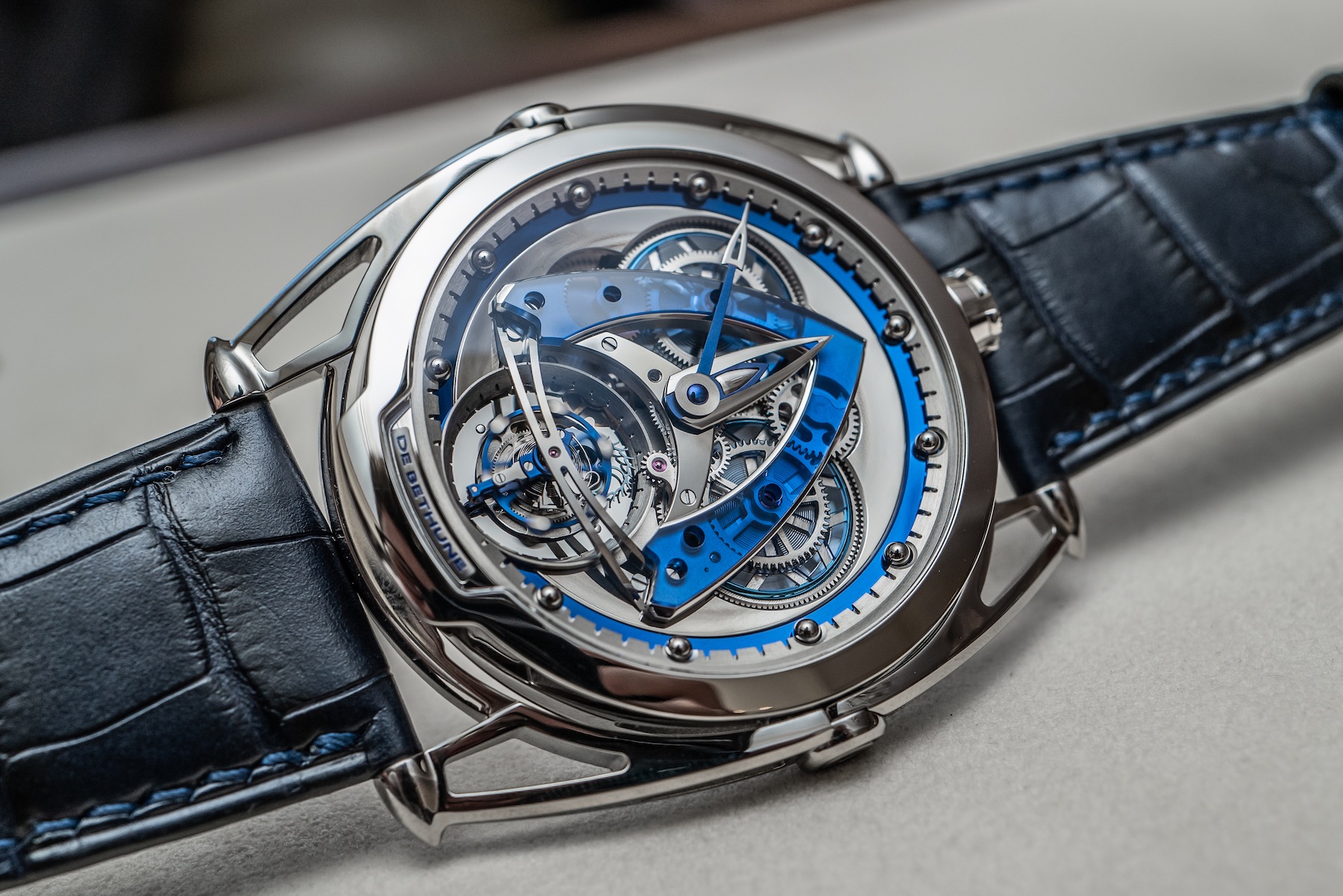 For the 10th anniversary of the now-iconic De Bethune DB28 collection, the spirited Swiss ultra-high-end watchmaker released the limited edition of 10 pieces De Bethune DB28 Steel Wheels Sapphire Tourbillon — and it is a beauty. In addition to its obsessive dedication to precisely cutting small parts and finishing them with brilliant results, what I most admire about De Bethune is its devil-may-care attitude toward norms or conventions. While there are a number of “rebels” in the high-luxury watch space, when it comes to serious horological rebelliousness, few can properly rival De Bethune. 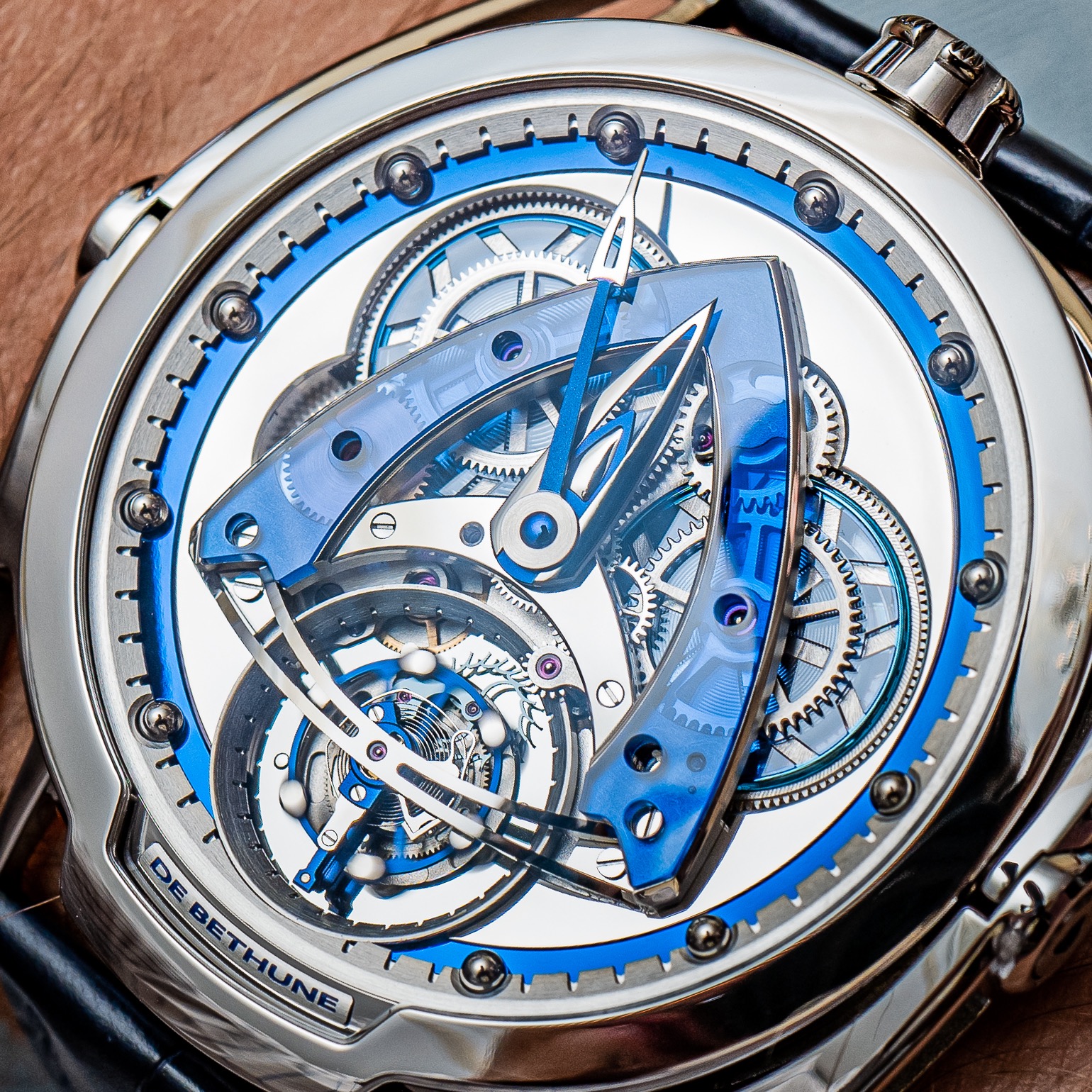 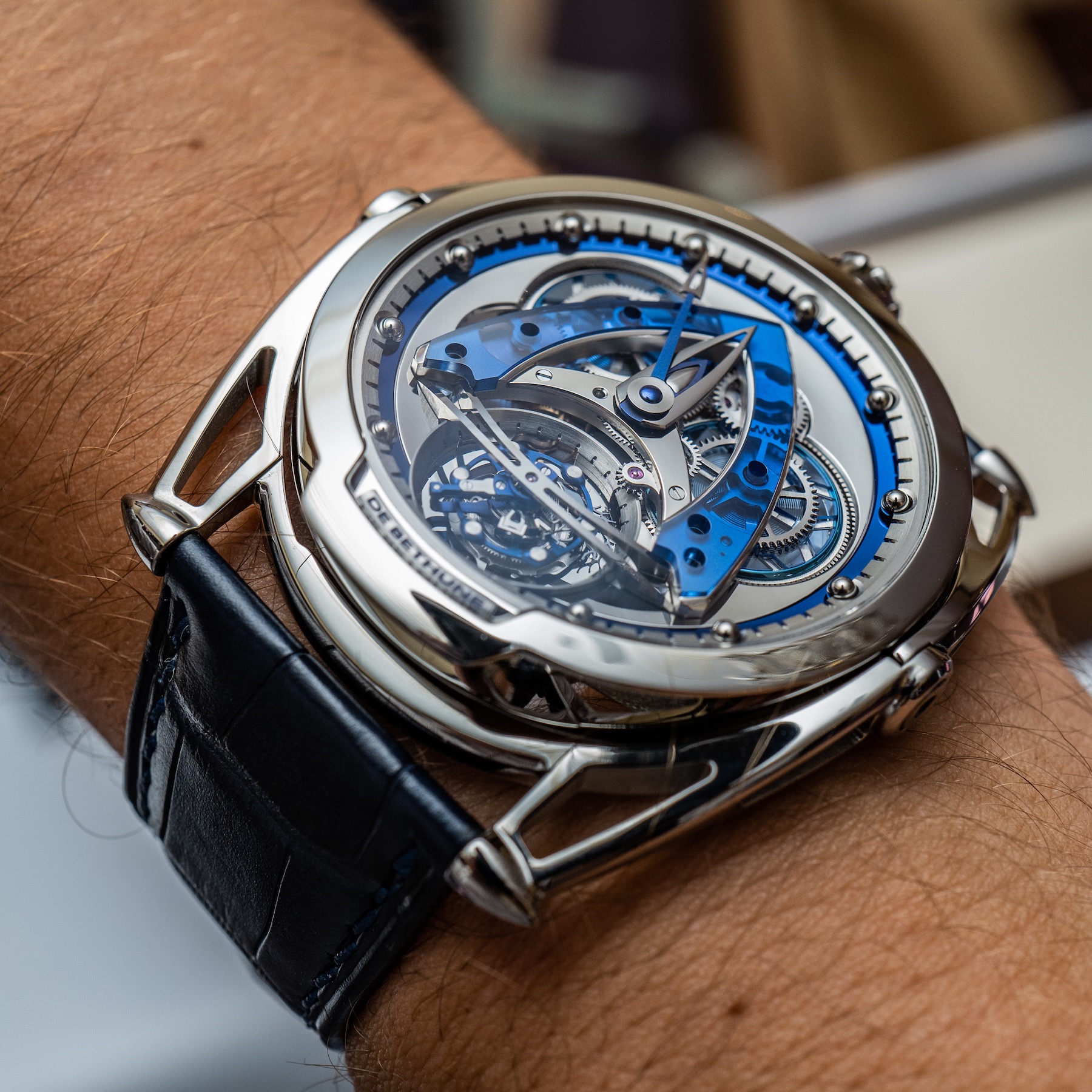 When I talk about “not caring,” I mean doing things such as putting “Steel” in the title of a watch where steel makes up a comparatively tiny volume of the piece’s overall metal or materials makeup. Or simply evading important little details in press releases, such as detailing how large the watch is (it is 43mm-wide and 9.8mm-thick). I’m pretty sure De Bethune doesn’t give a darn about watch sizes. They make cases to fit their movements and, in the case of the DB28, one reason it is so well-known is the articulating lugs that help it wrap around the wrap. This “comfort lugs” system is actually newly refined for the DB28 Steel Wheels Sapphire Tourbillon, demonstrating that this isn’t the same DB28 case as De Bethune originally debuted a decade ago. 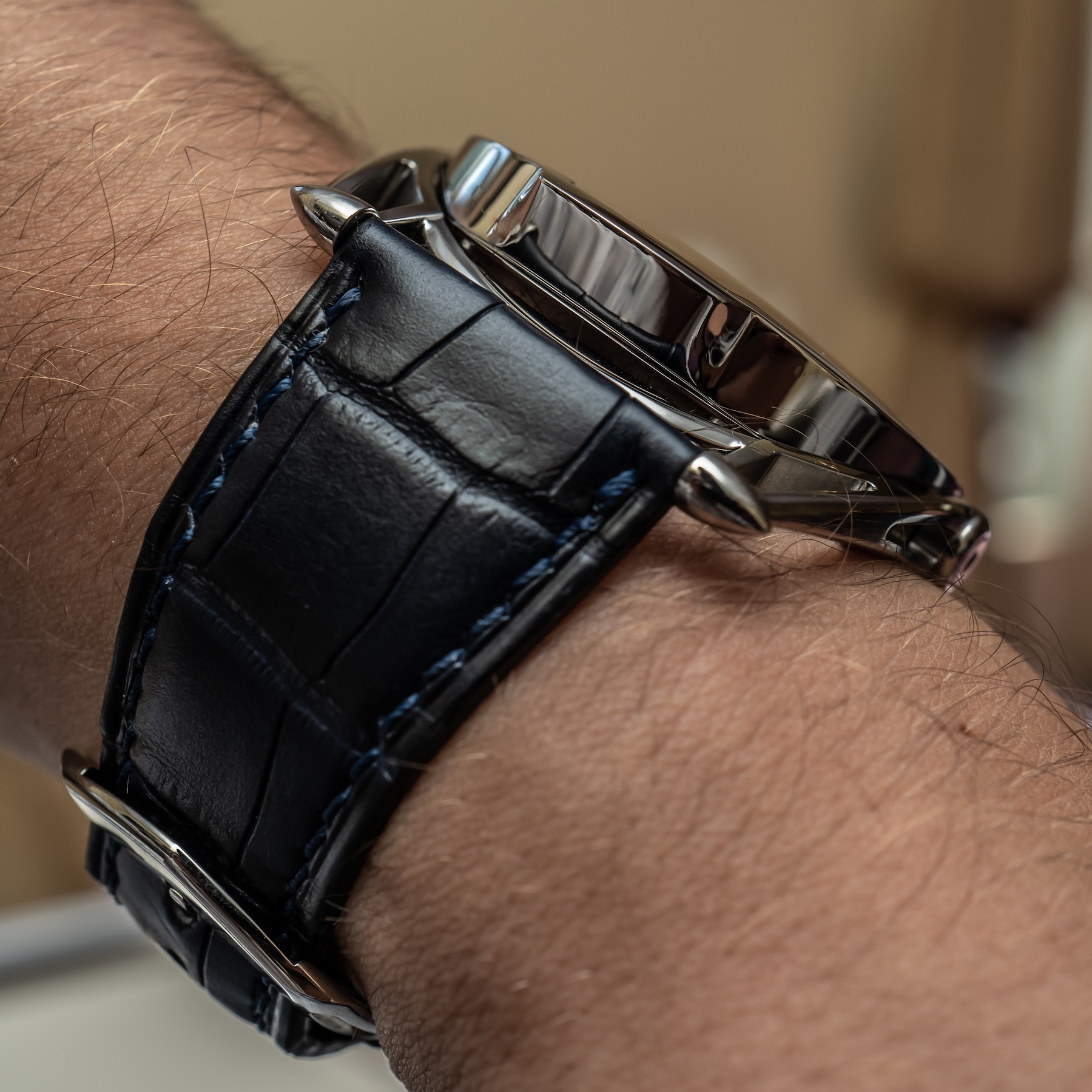 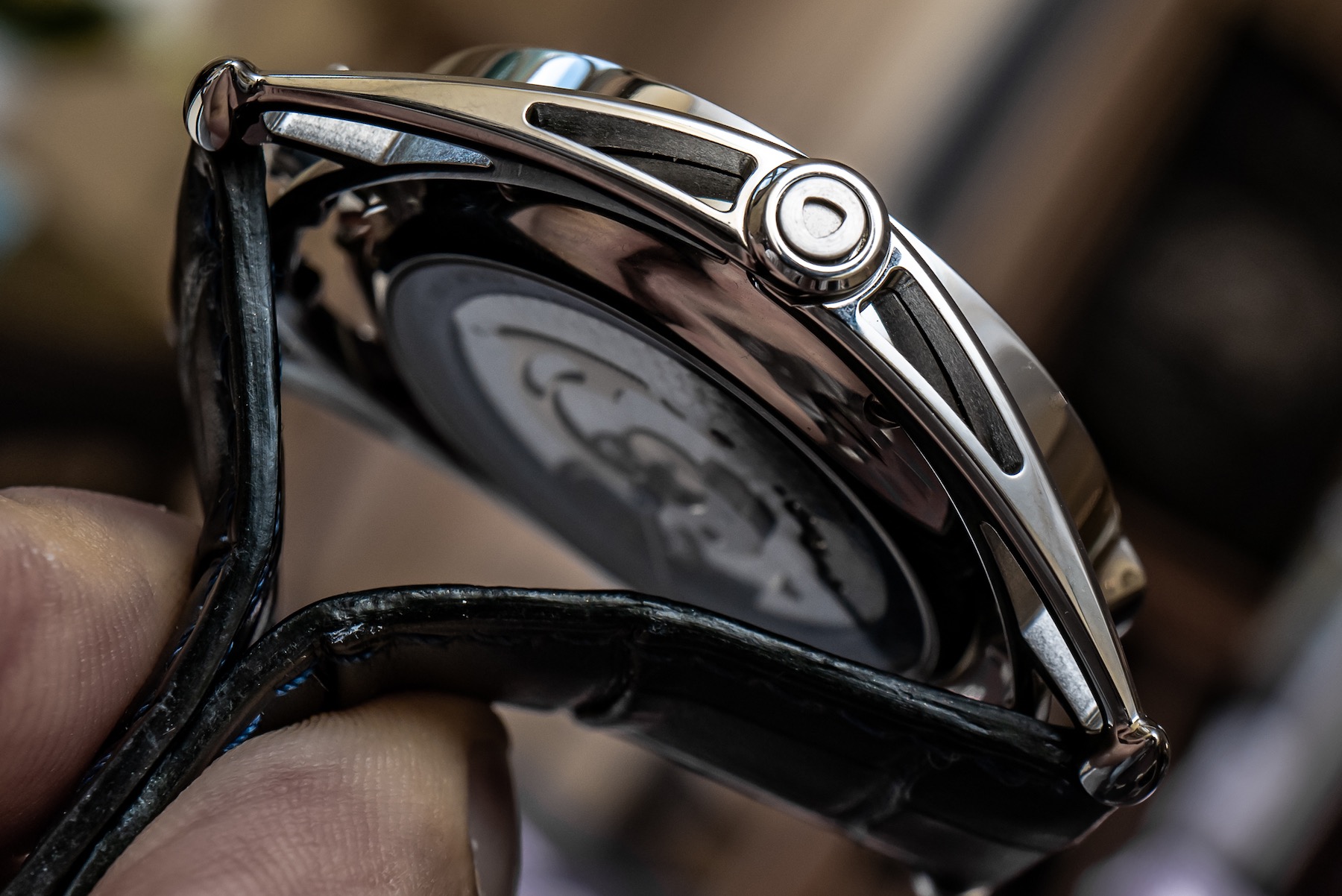 The case is in highly polished titanium (which actually looks like steel), which is something De Bethune does very well. They also flame-blue titanium, pieces of which you can see on the watch dial such as the peripheral ring, around the mainspring barrels, and for the tourbillon cage. The Steel Wheels concept is De Benthune’s take on skeletonization, which is quite elegantly done here. We see a lot of inspiration from contemporary luxury boat and ship design at play here — meaning it is elegant, sporty, and functional. This is how to do futurism on your wrist.  It’s just so nice to look at while also being technically fascinating. 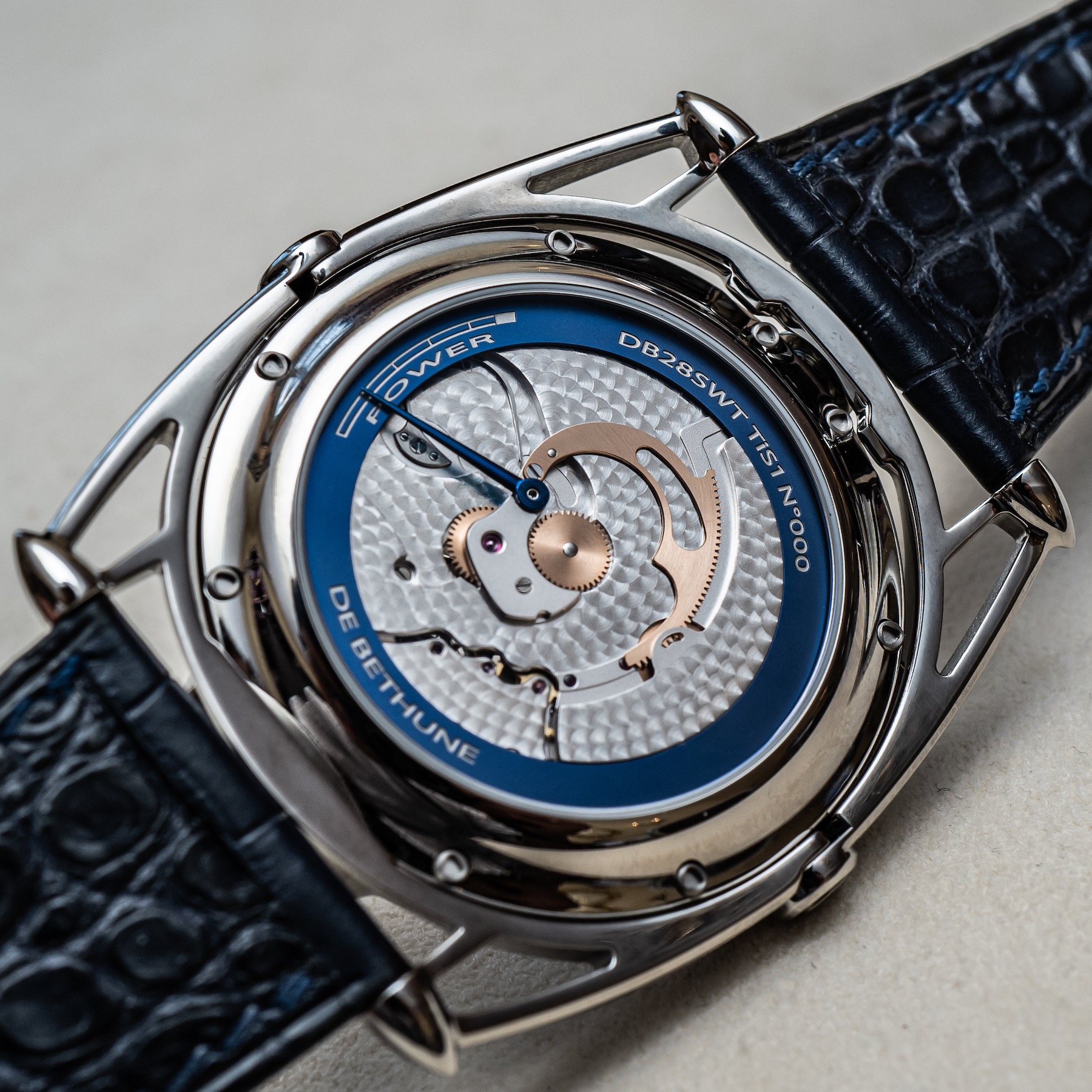 This DB28 is not a traditional skeletonized watch for a few reasons. The first reason is that it is not as “hollow.” The bridges and wheels of the calibre  DB2019V5 are meant to be transparent, but still mostly structurally rigid. Precision-cut pieces of clear and blue sapphire crystal help create this interesting effect, which is made more pleasant by the multi-level depth of the dial. Legibility is ensured given the full design of designer hour and minute markers, as well as the distinctive DB28 hands done in two-tone titanium. The manually wound movement is made up of 272 parts and features the time with a special 30-seconds tourbillon system. 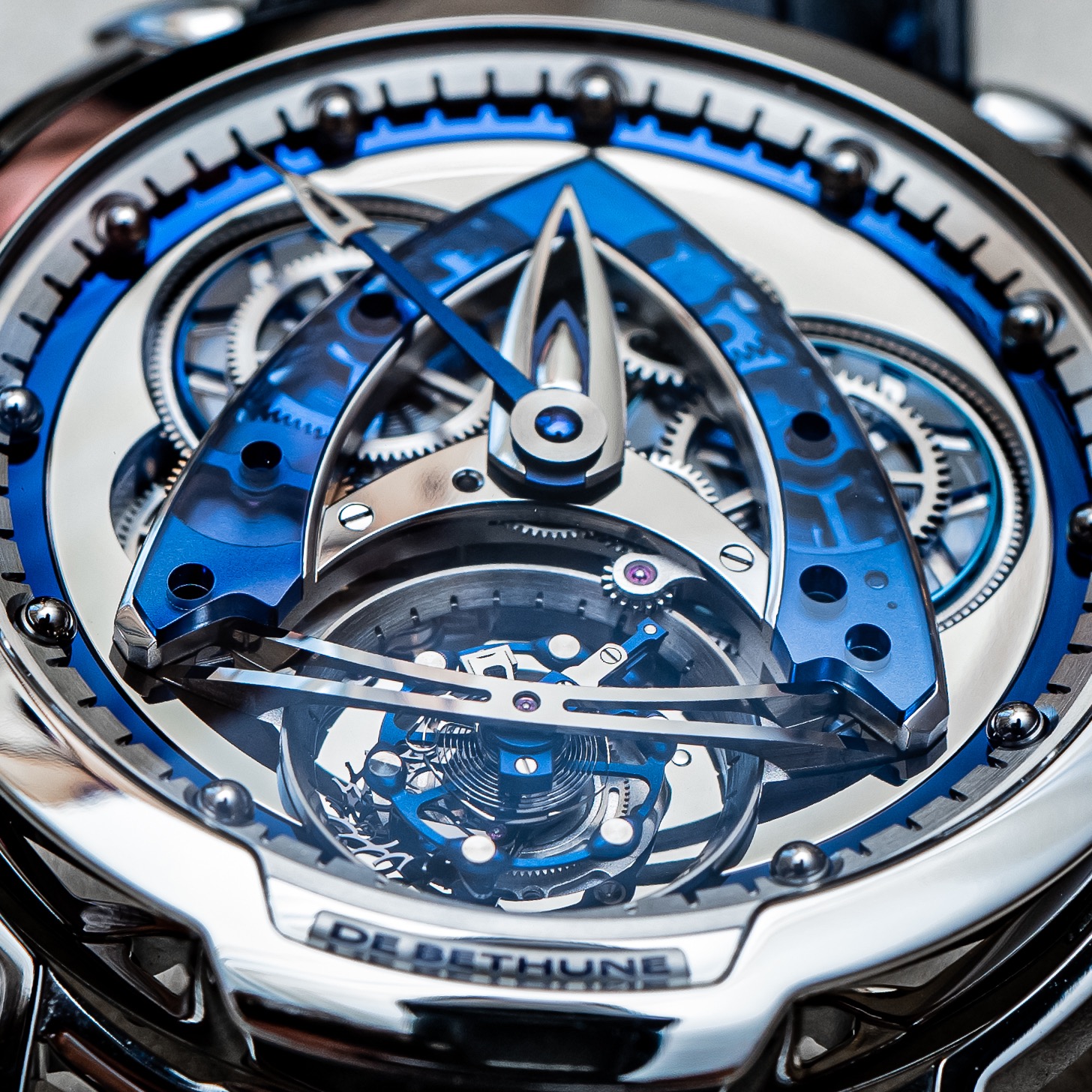 The tourbillon is also a “high-beat” tourbillon that operates at a frequency of 5Hz (36,000 bph). That is the same as a Zenith El Primero. The balance wheel itself is produced from titanium and silicon and is apparently the absolute lightest De Bethune has ever created at just 0.0001 grams! The entire tourbillon cage assembly itself weighs just 0.18 grams). Again, according to De Bethune, this is an import record for that category. Visually seeing the tourbillon in a watch like this is a more animated experience, given that it moves literally twice as fast as standard tourbillons, making one full rotation every 30 seconds. 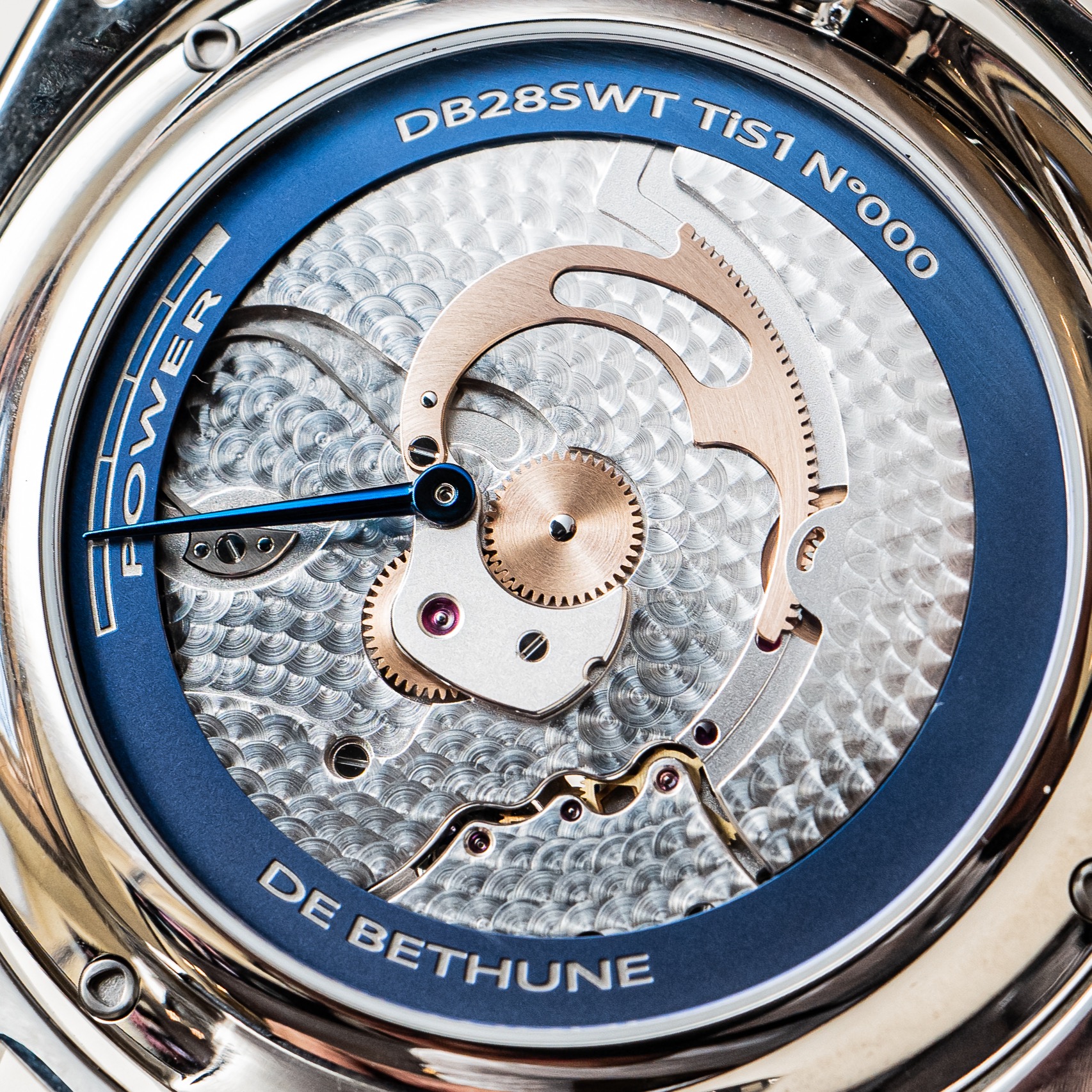 Where does the steel in the “Steel Wheel Sapphire Tourbillon watch” come in? Well, as the name of the product implies, the movement’s wheels are largely made from steel. Why is this a big deal? Steel is a very rare metal to be used in watch movements, even though many watch cases are done in steel. Steel is a comparatively challenging metal to cut since it is pretty tough. Brass is more preferred for a lot of machining purposes. Brass is relatively sturdy, but also much softer to machine. Most metal watch components are in brass. Steel can be polished beautifully but is also very strong. It may have been the preferred metal for such thin structures, given that brass was probably too flimsy, even with the sapphire crystal supports.

Can you appreciate why watch nerds, as well as design aficionados, love watches like this? The movement inside this DB28 is like an elegant coach car, but the movement is also designed to operate like an exotic supercar. While the style isn’t for everyone, no one can really disclaim the vast merits incumbent in such a creation or easily impeach the value proposition of the price. Yes, this watch costs around $200,000 dollars, but it is also true that a lot of other watches at this price (and there is no shortage of them) deliver markedly less overall value including originality and effort applied. Limited to just 10 pieces, the De Bethune DB28 Steel Wheels Sapphire Touribllon watch has a retail price of 195,000 Swiss Francs. Learn more via the De Bethune website here.