I had heard of the Gronefeld One Hertz for some time, but a chance to see it in person had never really materialized. One thing you have to know about independent watchmakers is that the watches they produce are as rare as hen’s teeth. Only a small number can be made per year. To have a completed watch available sitting around is something that realistically only happens for a few days a year at any one time. The truth is that completed watches go out the door to eager and waiting clients as soon as they are finished and ready.

Seeing the One Hertz therefore necessitated some amount of co-ordination with Bart and Tim Gronefeld, the talented watch-making brothers who had with this watch, placed their stamp onto the independent watchmaking scene. I had to time my visit to when the watches were available and completed for me to have a really good look at them. Luckily for me, I arrived in Oldenzaal in the Netherlands at their workshop at a time when preparations for Basel 2013 were in full swing. I was able to see three pieces during my trip, part of the collection that would be shown this year, and this allowed me to see a nice sample of the variations of this very special watch all together.

The One Hertz comes across as unique and fresh, feeling complete and sorted with just the right amount of visual and mechanical interest in a well curated package of features. You could say that there is something decidedly poetic about this watch, from the well-chosen name to the large sub-dial showcasing the dead beat complication to the unusual crown mechanism, to the bridges on the display back. There is much about this watch that is so satisfying and it is of no surprise that it won the Timezone watch of the year in 2011.

Coming after their first watch, a Tourbillon Minute repeater, whose aim was the confirmation of their haute horlogerie credentials, their second watch had to evolve the brand and push it further into the consciousness of the watch connoisseur. Even with the success of their first watch, it was still based on a Christophe Claret movement and so did not have the cachet of a fully in-house designed and produced movement. 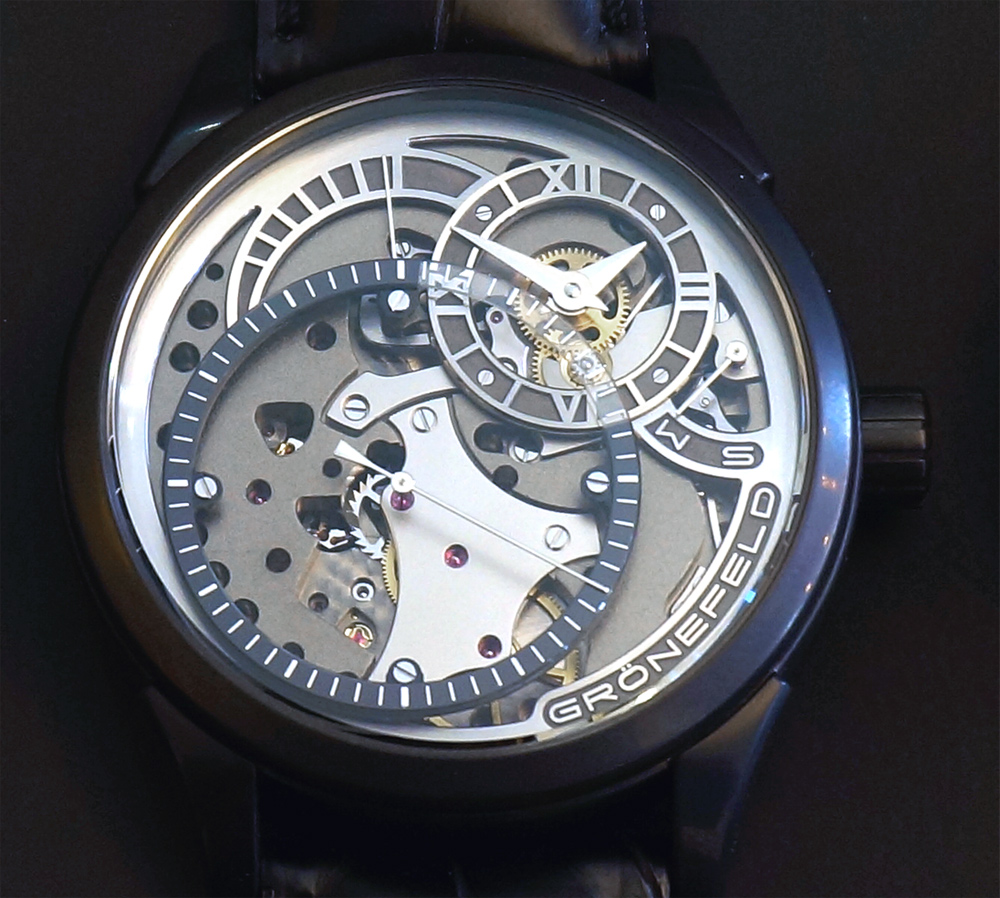 The Gronefelds had initially wanted to do a simple three hand watch with a new movement. Their plan was underway, until as Bart told me, a change of heart coincided with the mantra that they “specialize in complicated watches, not simple watches.” 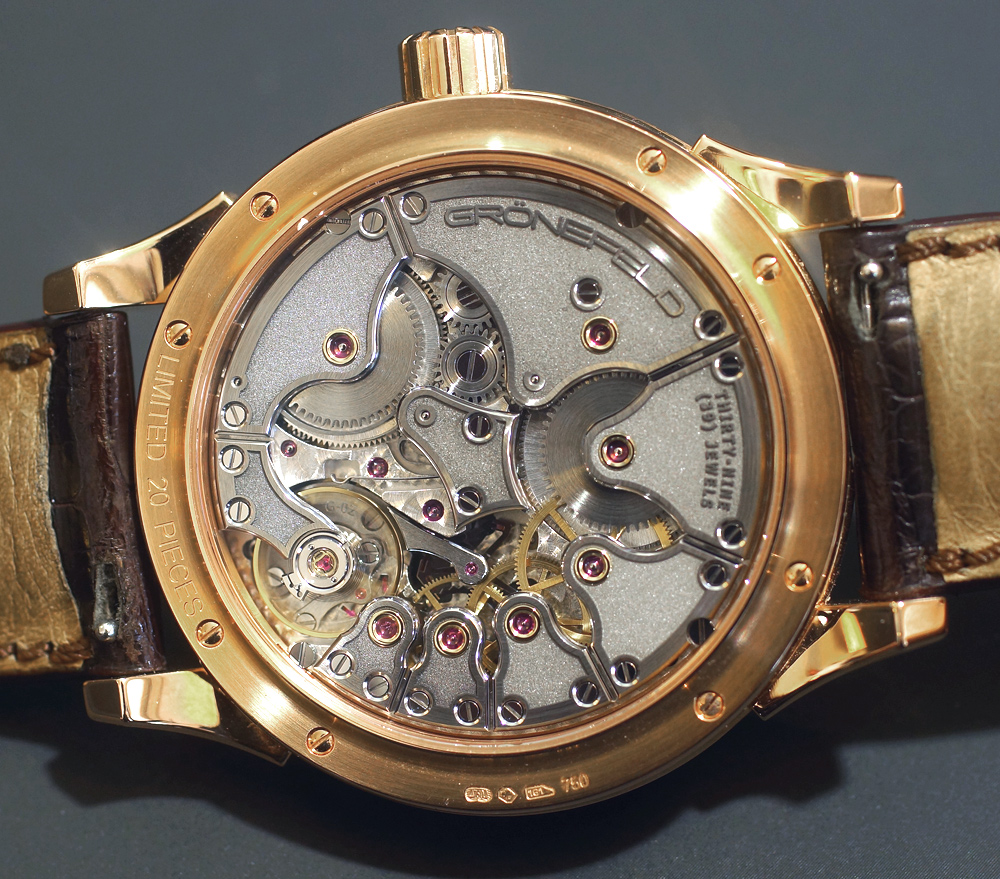 The starting point for the design is what you can see from turning the One Hertz watch over and looking through the display back. There you will see what is without doubt, one of the prettiest views into a movement that exists in the watch industry. Bart sketched this design at the beginning to more-or-less confirm this look right at the outset. The aim was to create a totally new style of bridge, not wanting to borrow the existing design idioms of the German and Swiss style, but to come up with a totally new, Dutch style.

You will note, looking at the movement, that it consists of many little bridges, all mounted in a way that provides glimpses into the mechanism. There is something quite organic and luxurious about these bridges in the way that they are arranged, and I am told that this will be a signature look of all Gronefeld watches in the future. The finishing process for so many bridges is obviously more time-consuming, but for the view, it is definitely worth it… (more »)