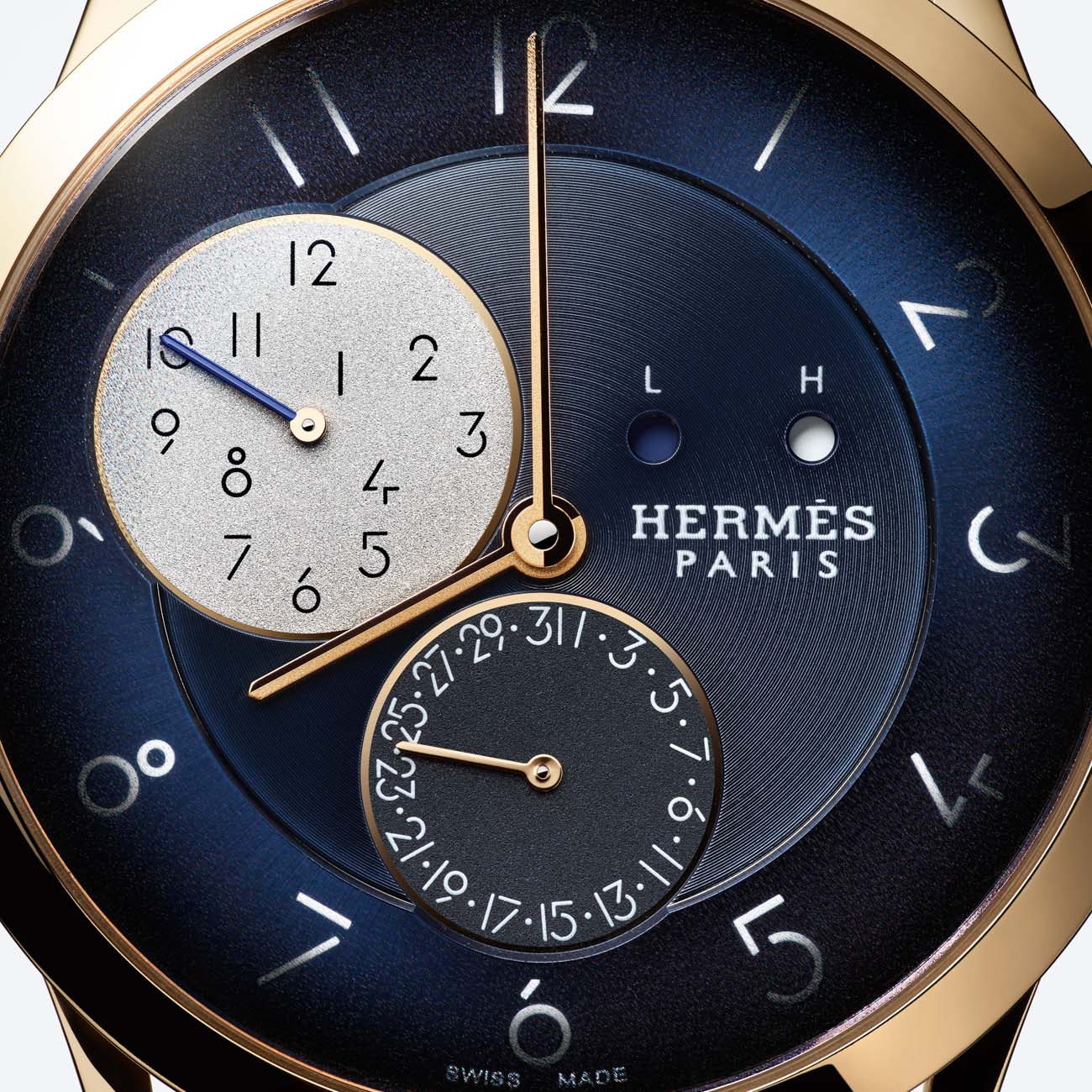 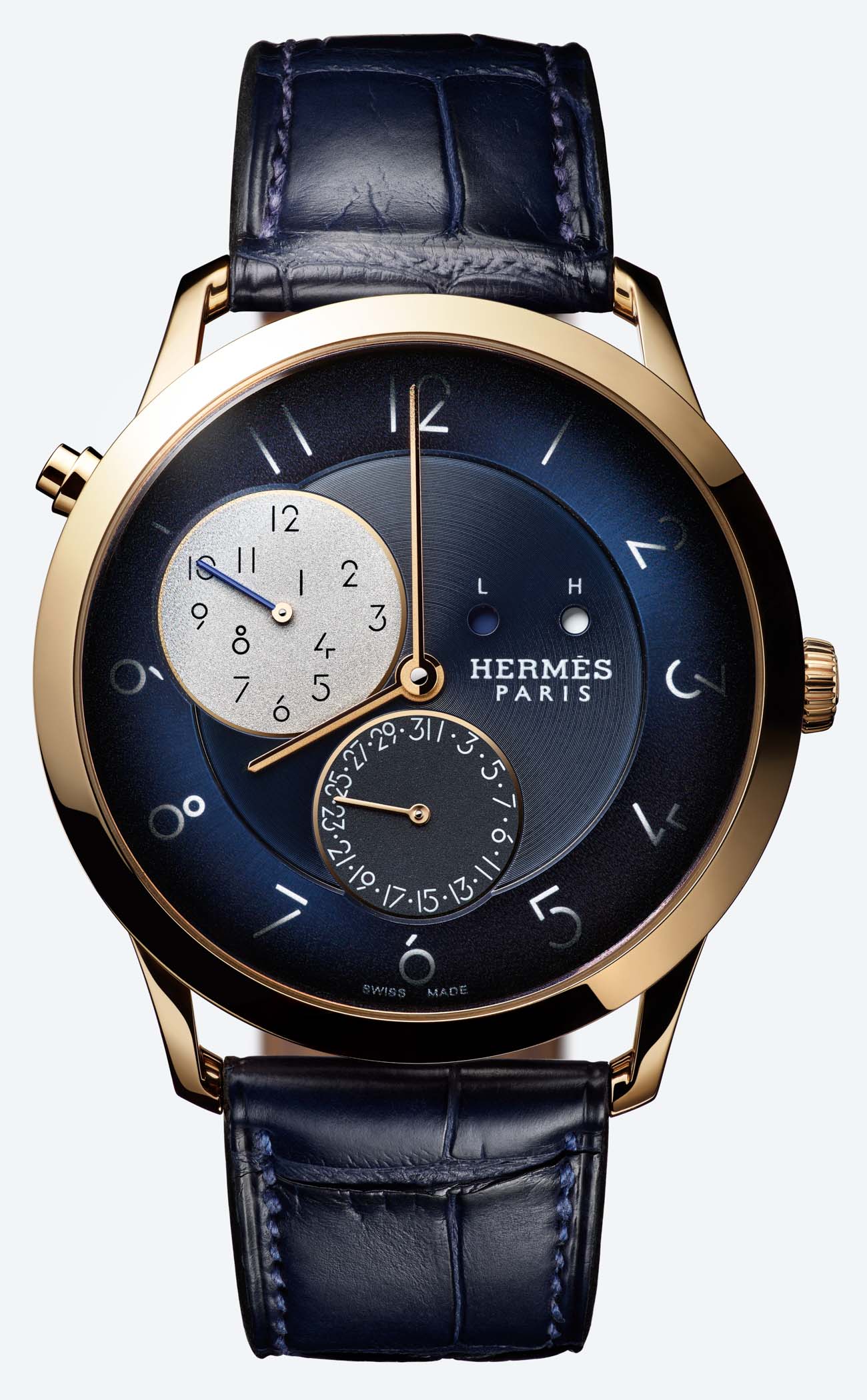 For Watches & Wonders Digital 2020, Hermès launches this brand new version of the successful “Slim d’Hermès” or “Hermès Slim” (as we call it). The modern dress watch family that comes with excellent looks now includes a new GMT system. Hermès once again worked with Geneva-based Aghenor to develop a module with a novel approach to indicating two time zones on the same dial. Not a limited edition, the Slim d’Hermès GMT debuts in 18k rose gold.

While the Hermès Slim GMT is probably going to be marginally thicker than the time-only Slim, the GMT module apparently only adds 1.4mm of thickness to the movement. The case itself remains the 39.5mm-wide size that fans of the Slim expect in this dress watch package. We also see Hermès, like many other brands, focus on dark blue colors as their palette of choice for this year. Don’t miss the best feature of the Slim collection which are the stencil-style hour markers designed for Hermès some time ago by designer Philippe Apeloig. 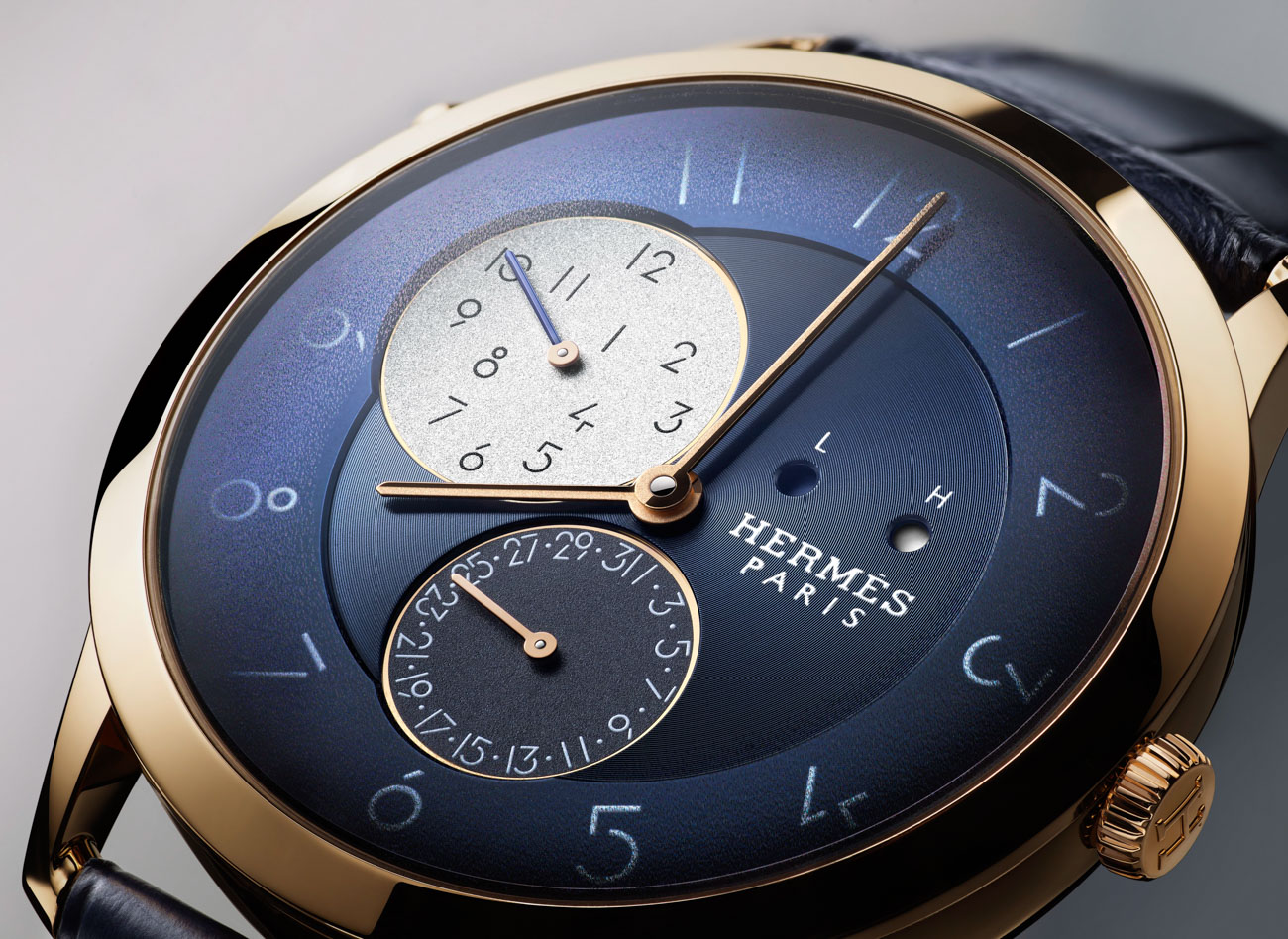 The GMT system is interesting given the asymmetric dial layout, as well as the unique windows that show the AM/PM time for both the home (H) time and the local (L) time. This is represented as a light or dark color in the small windows near 2 o’clock on the dial. The face also has subdials for the date, as well as for the GMT hand. The GMT function has its own dedicated pusher to adjust one of the time zones in one-hour increments. This is just one more flavor of practical mechanical travel watch in a crowded, highly dynamic space. We must applaud Hermès for wishing to not only have a GMT watch, but also for having its own take on it.

Inside the Hermès Slim GMT watch is the H1950 automatic micro-rotor-based movement that is produced for Hermès by Vaucher. On top of the slim automatic movement is the Aghenor module for the GMT complication. The movement operates at 3Hz with 42-hours of power reserve. Attached to the watch is a blue alligator Hermes leather strap. Price for Hermes Slim d’Hermès GMT watch in 18k rose gold is $19,675 USD. Learn more at the Hermes website here.