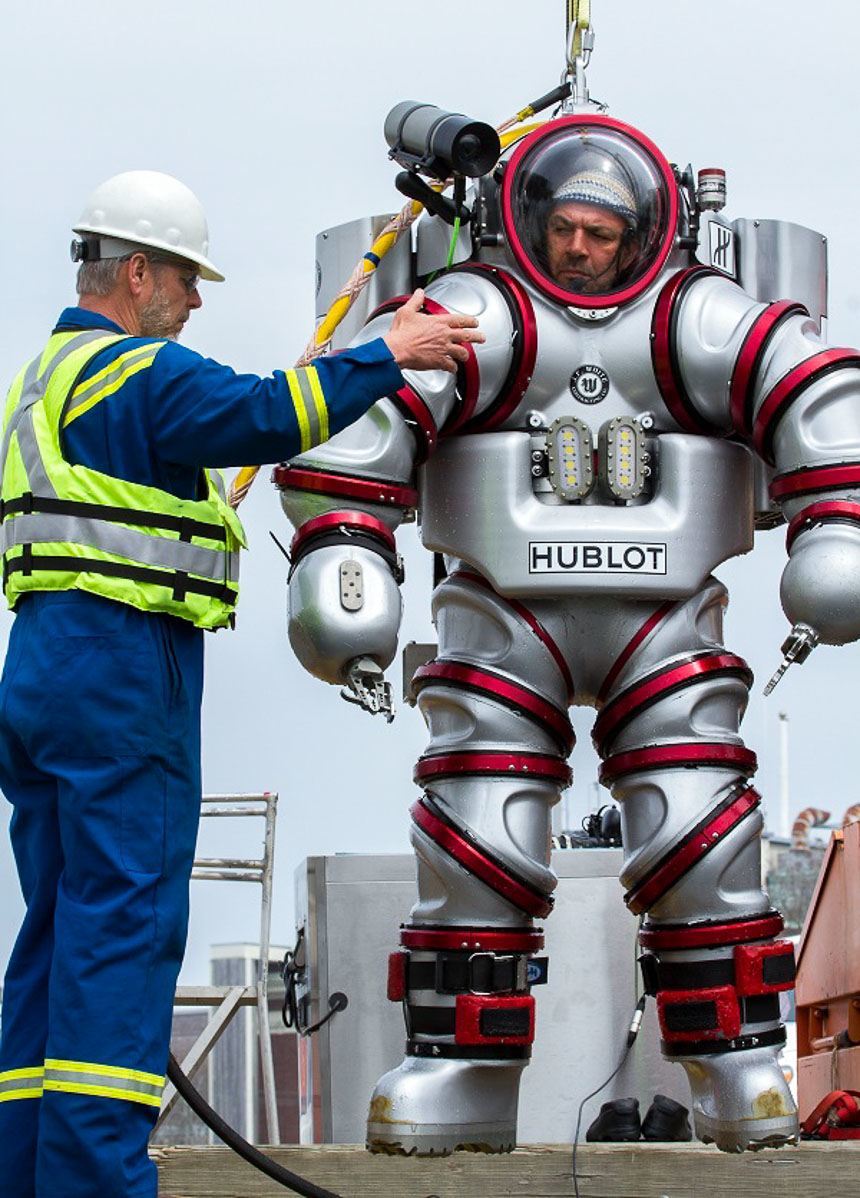 Swiss Hublot has its hands in a lot of things, ranging from sponsorships to limited edition watches that seem to celebrate other limited editions. We can’t cover them all, but once in a while there is an image or story that we just have to share. It looks like Hublot is sponsoring an Exosuit for the European team that is continuing to dive and explore the region around where the Antikythera device was found. UPDATE: Hublot has (of course) released a limited edition watch called Hublot Oceanographic ref. EXO4000 731.QX.EXO14.

If you recall, back in 2011 Hublot’s genius designer Mathias Buttet recreated the ancient Greek calendar device into a wrist watch. I was at the official unveiling of the movement, and I have to admit that what Mathias did was really cool. Last year in 2013, Hublot released a limited edition watch inspired by the original Antikythera timepiece known as the Hublot MP-08 Antikythera SunMoon (hands-on here). Apparently, exploration work continues on the ship wreck where the ancient device was found. 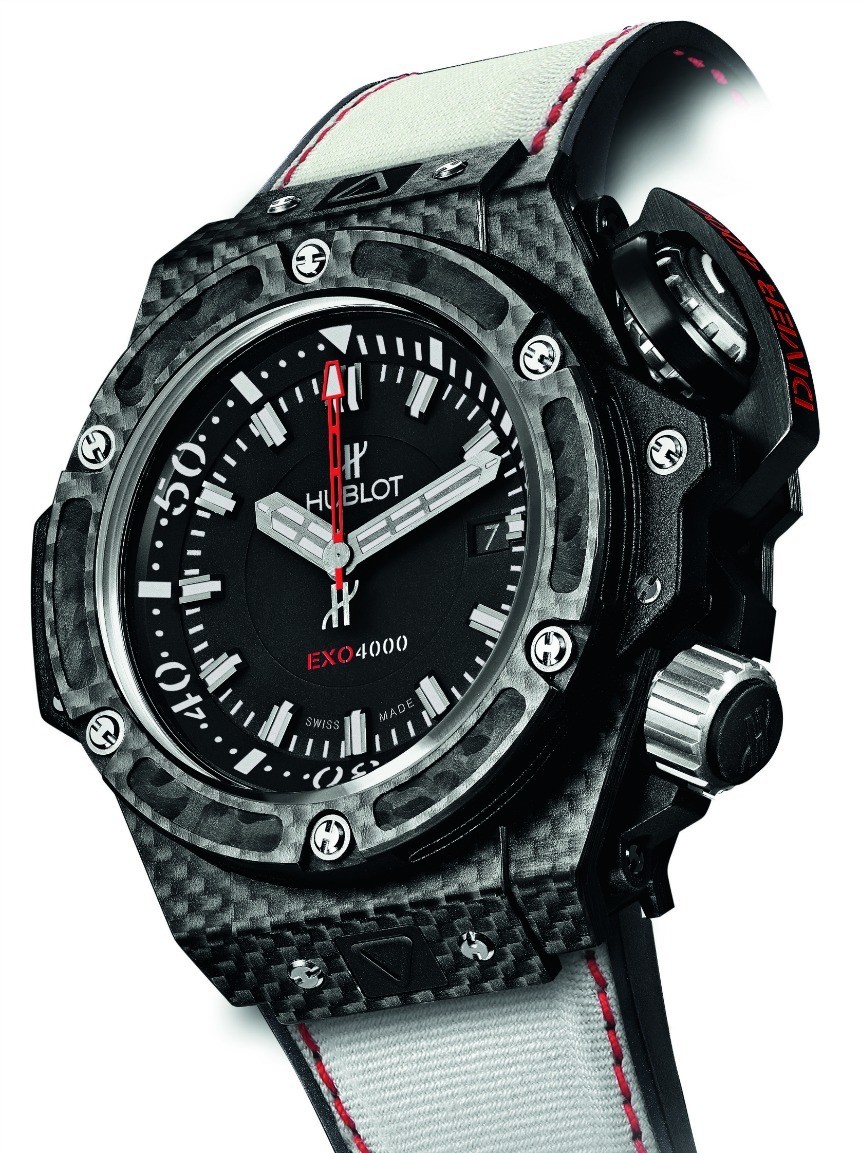 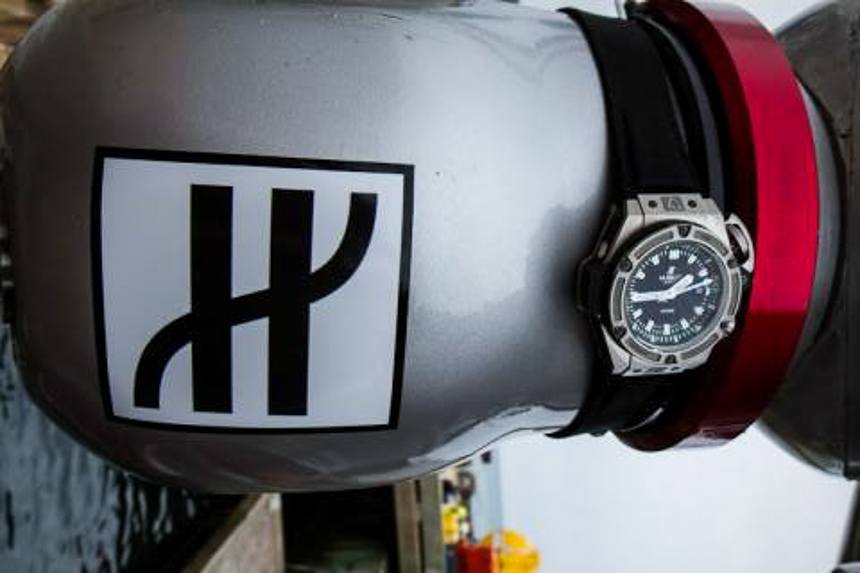 To assist the scientists, someone acquired an Exosuit. What is the Exosuit? It is a relatively new manned submersible suit that takes the traditional steampunk diving suit to the next level. The suit was designed by Nuytco Research in Vancouver. The firm J.F. White Contracting purchased at least one these that it seems to either be loaning or renting to various groups – such as the team Hublot is working with.

The Exosuit is pretty bad-ass, to be honest, and is what happens when you give an engineer freedom to design something that doesn’t need to be on a budget. The Exosuit is more or less a wearable submarine suit made from mostly aluminum and contains life support systems. Interestingly enough, it is not designed to dive all that deep, but instead is about allowing a diver to remain underwater for a very long time without having to worry about limited oxygen or decompression. The Exosuit is an atmospheric suit, meaning that the pressure inside is about the same as on the surface. So the diver coming back up does not need undergo decompression to avoid getting the bends. 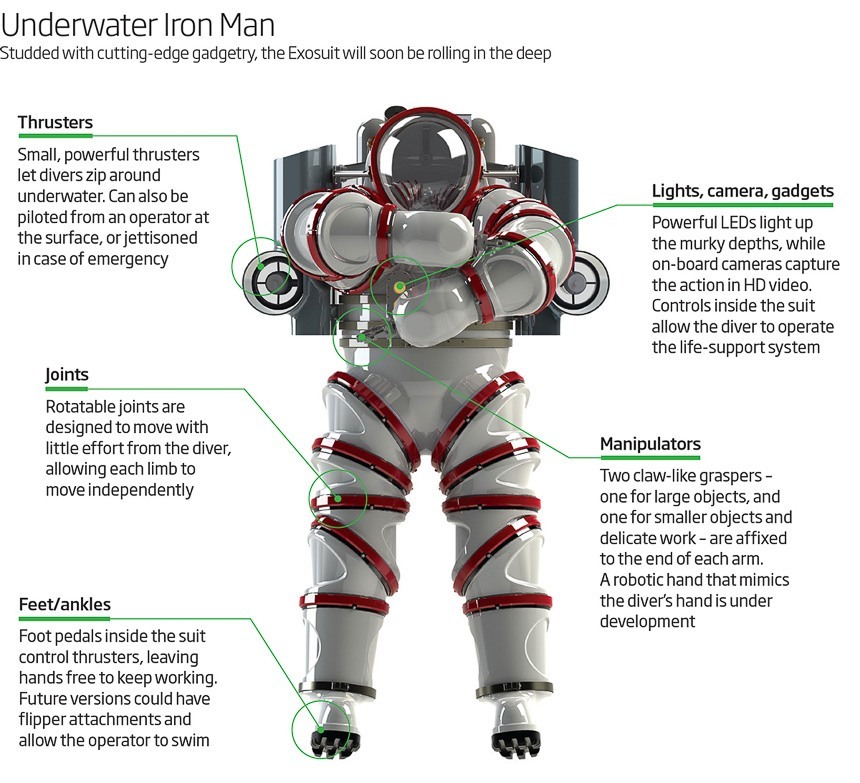 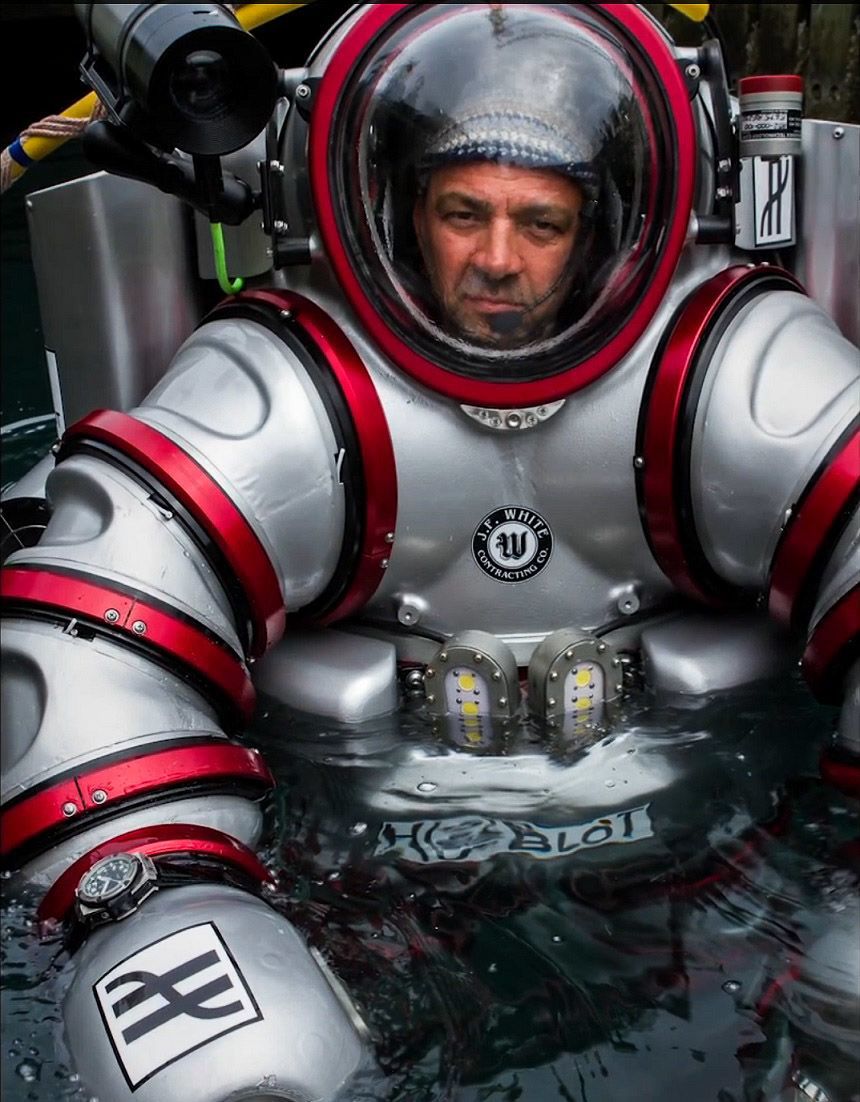 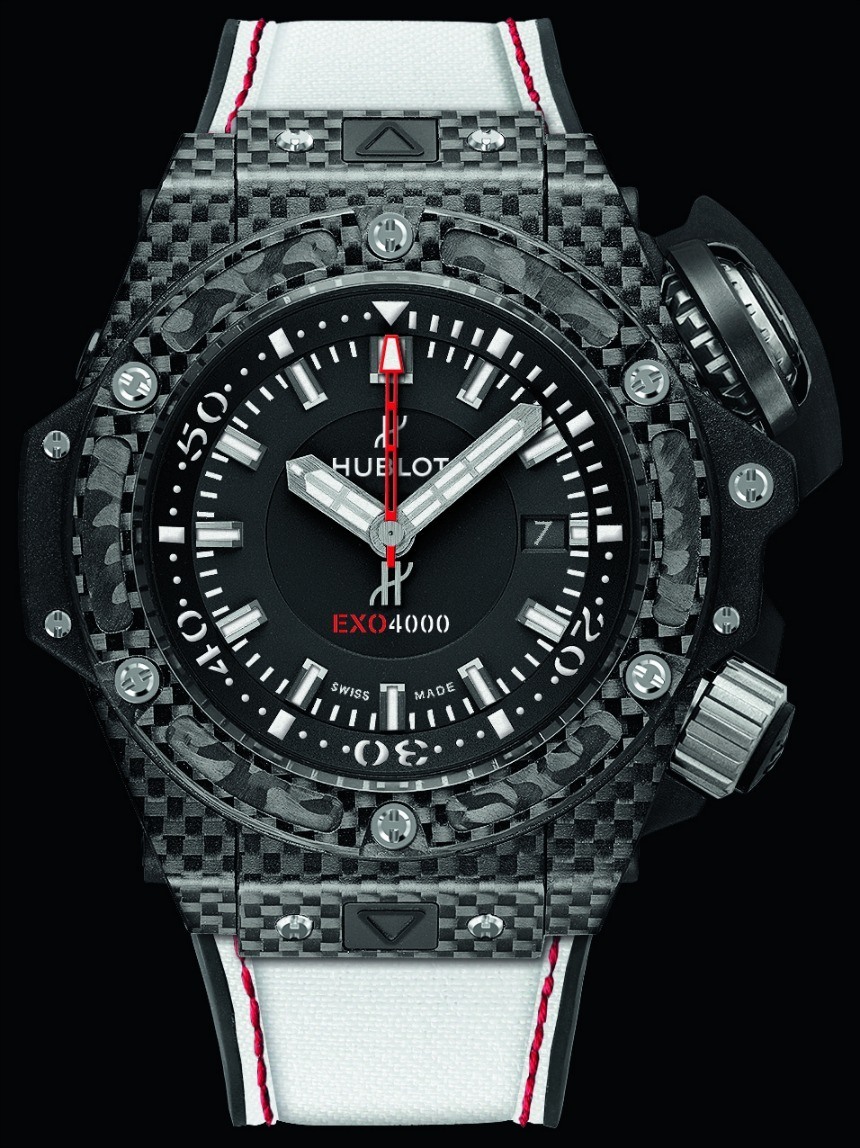 A cable from the Exosuit goes back up to the support vessel, offering power and oxygen. The system is designed to allow for the diver to last up to 50 hours in the suit if needed. The suit has all types of communication equipment and information gathering gadgets. The diver controls the legs and arm manipulators, and the feet have propulsion systems to allow the diver to maneuver and get back to the surface.

For this particular Exosuit, Hublot not only put their logo all over it, but also strapped on one of their Oceanographic Chronograph 4000m Dive watches on the arm. Ironically, the watch is rated to dive much deeper than the Exosuit, which is rated for 1000 feet (about 300 meters) at this point. It will be pretty impressive if and when the Exosuit is able to dive much deeper so that Hublot or other brands can test their dive watches on it in the style of the James Cameron Rolex Deepsea Challenge. 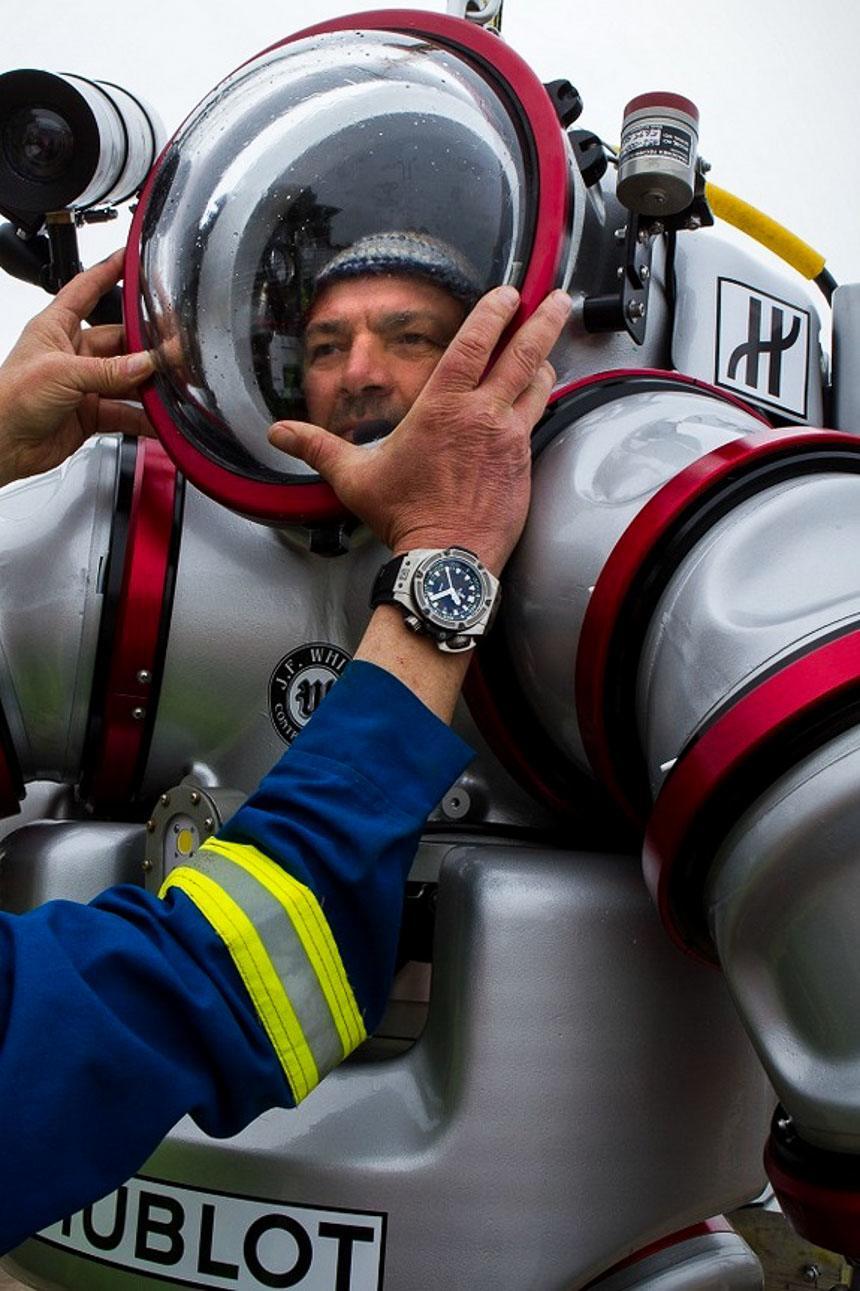 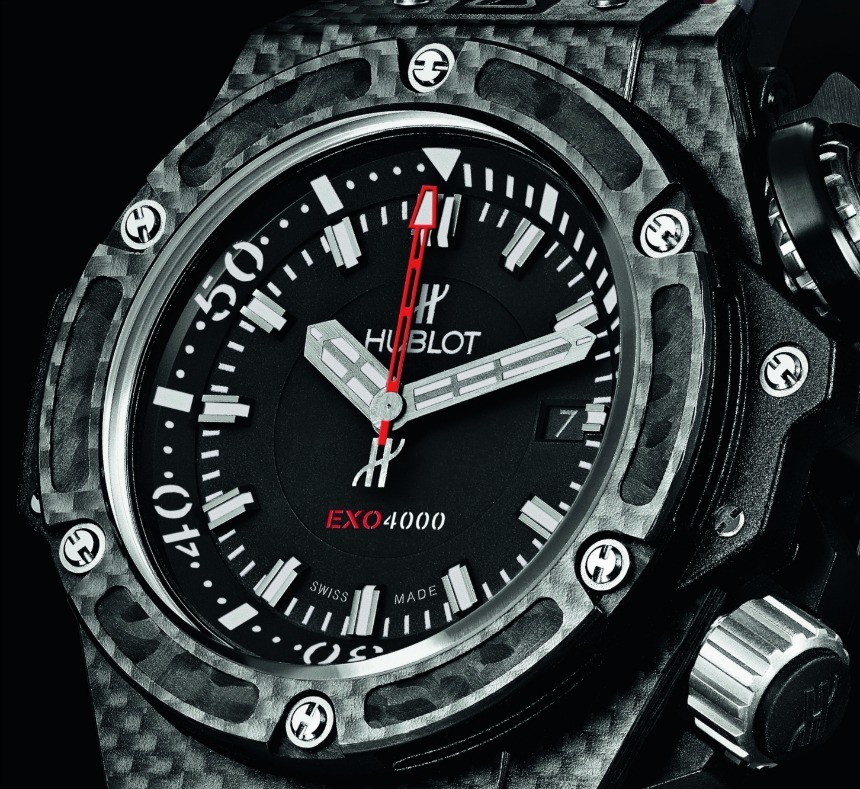 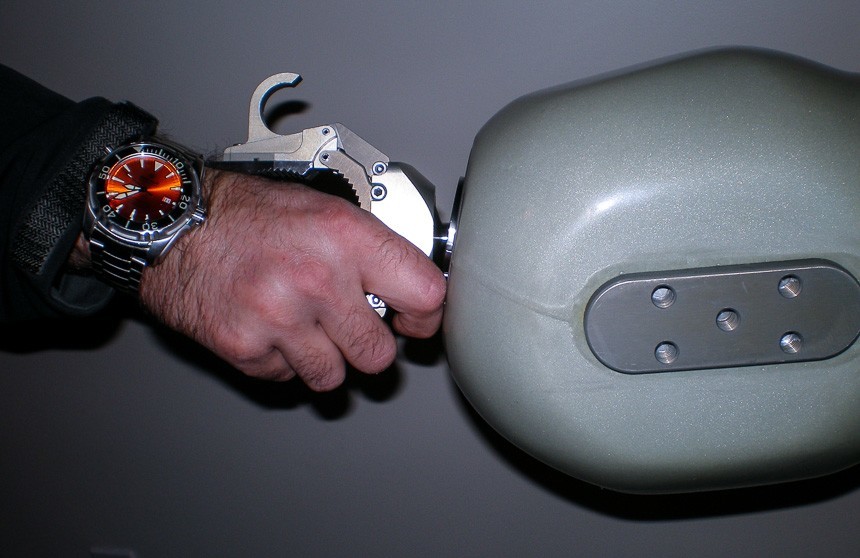 Watch guys seem to be clamoring to the Exosuit. Writer Michael Lombardi, who blogs for National Geographic, took a picture holding the Exosuits’ manipulation claw with his hand that includes a shameless wrist shot of his Deep Blue watch. He even wore his diving piece upside down “watch advertisement-style” offering a better view of it for the picture. Now that is dedication. Want an Exosuit for yourself? Pretty sure you can get one but the price is $1.5 million. hublot.com