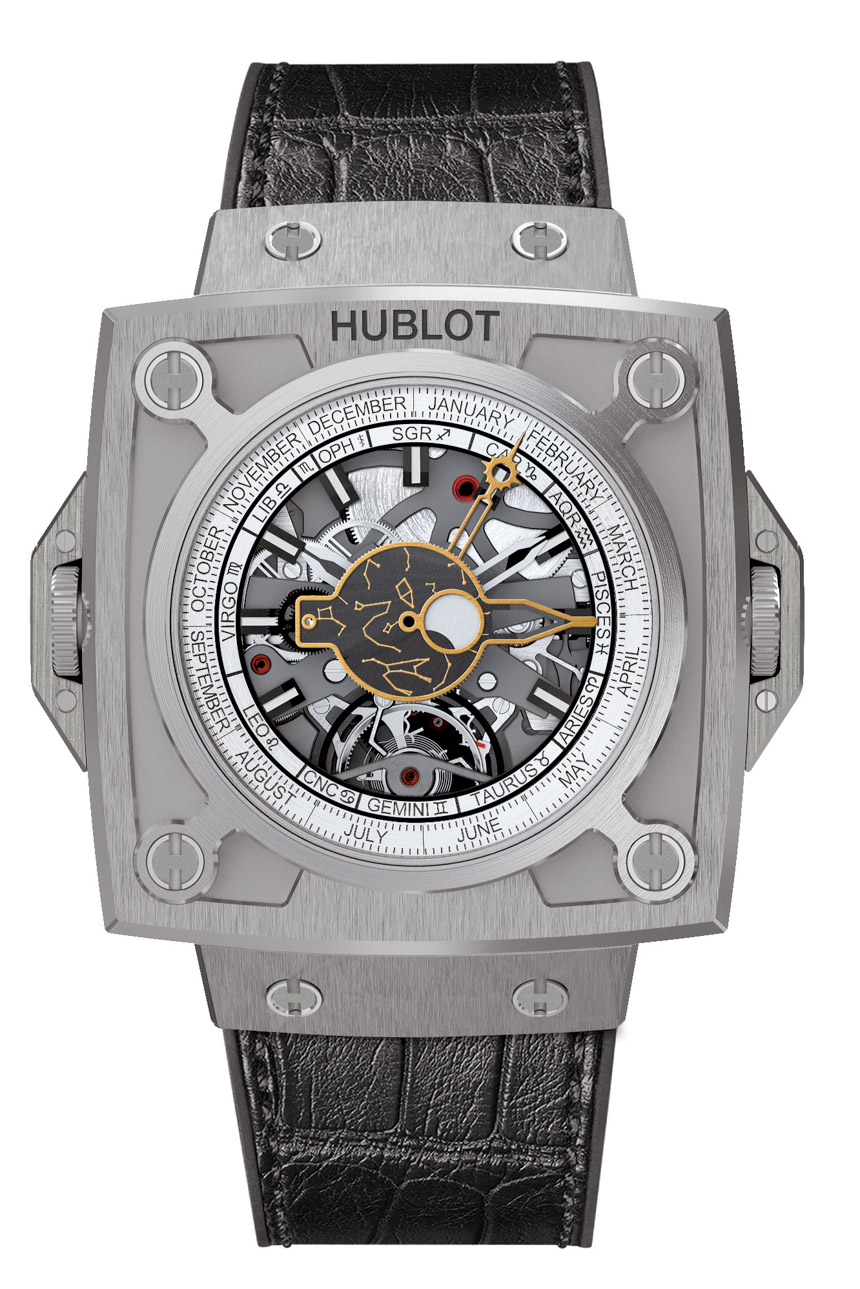 Long known for its Big Bang, Classic Fusion and King Power models, Hublot’s unique MP collection was first unveiled at the Geneva Trade Show in January 2011 with the introduction of the “MP-01.” These record-breaking pieces are made possible by a team of 30 developers and engineers devoted entirely to grand complications and extraordinary movements. The collection accurately reflects Hublot’s Chairman, Jean-Claude Biver’s statement: “More watchmaking, more mastery, more innovation…”

The first “Masterpiece,” the MP-01, was limited to 100 pieces and was a barrel-shaped titanium watch with a curved chronograph movement and a 10-day power reserve made possible by three barrels working consecutively. Developed and manufactured entirely by Hublot’s dedicated team, the timepiece is composed of 384 components and 43 jewels. 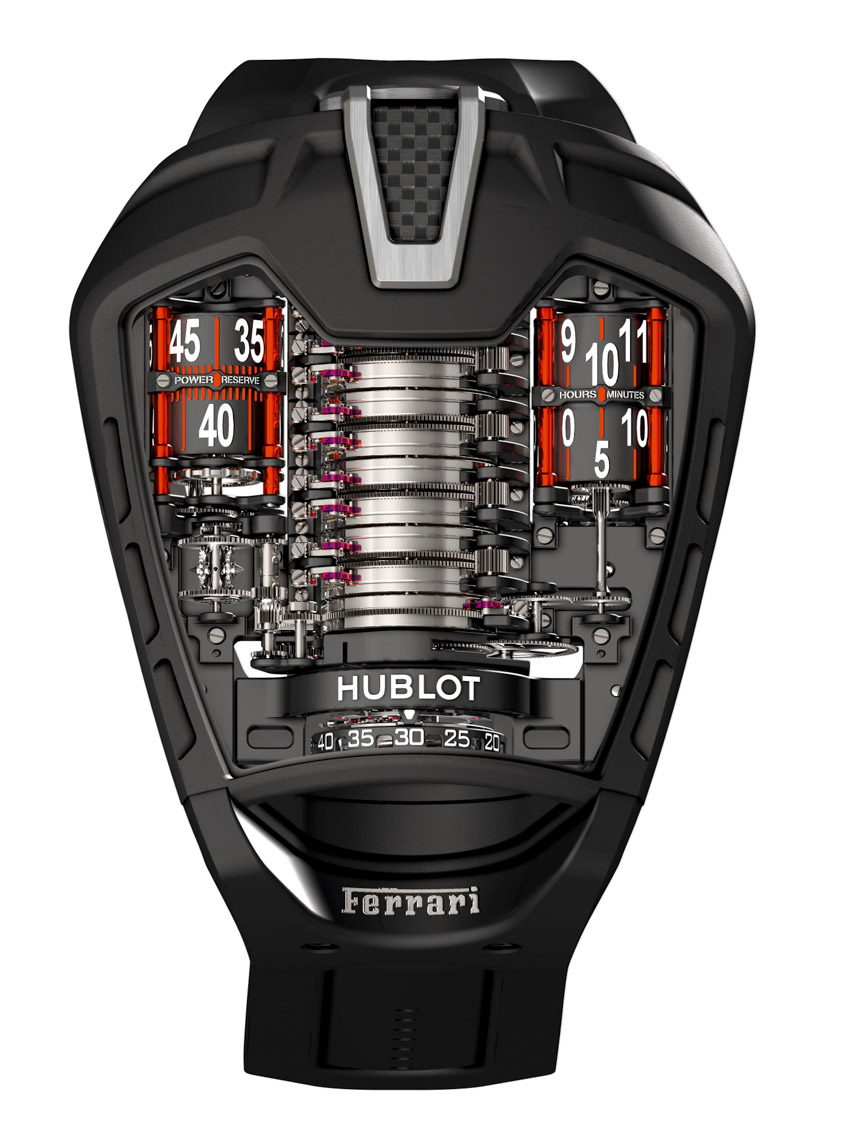 Since 2011, several more ground-breaking timepieces have come out as part of this collection, including the MP-02 Key of Time, which allows wearers to modulate the passing of time from their watch in three different ways. Baselworld 2013 led to additional “MP” timepieces, including the record-breaking MP-05 LaFerrari and the MP-08 Antikythera Sunmoon.

Completely designed, developed and produced by Hublot manufacture engineers and watchmakers, the MP-05 LaFerrari further distinguishes itself by a 50-day power reserve – a world record for a hand-wound tourbillon wristwatch. Conceptualized alongside the Ferrari team, a complex shaped sapphire crystal echoes the sports car’s outline, as does the case back, which is made from black PVD titanium. 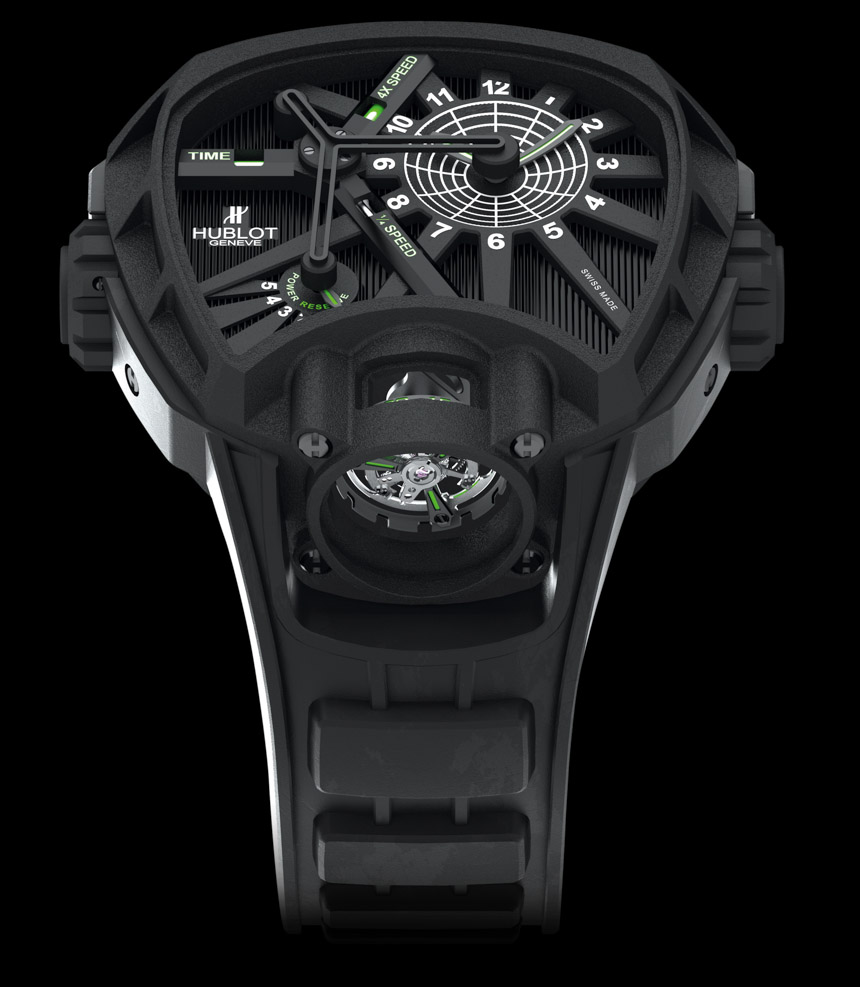 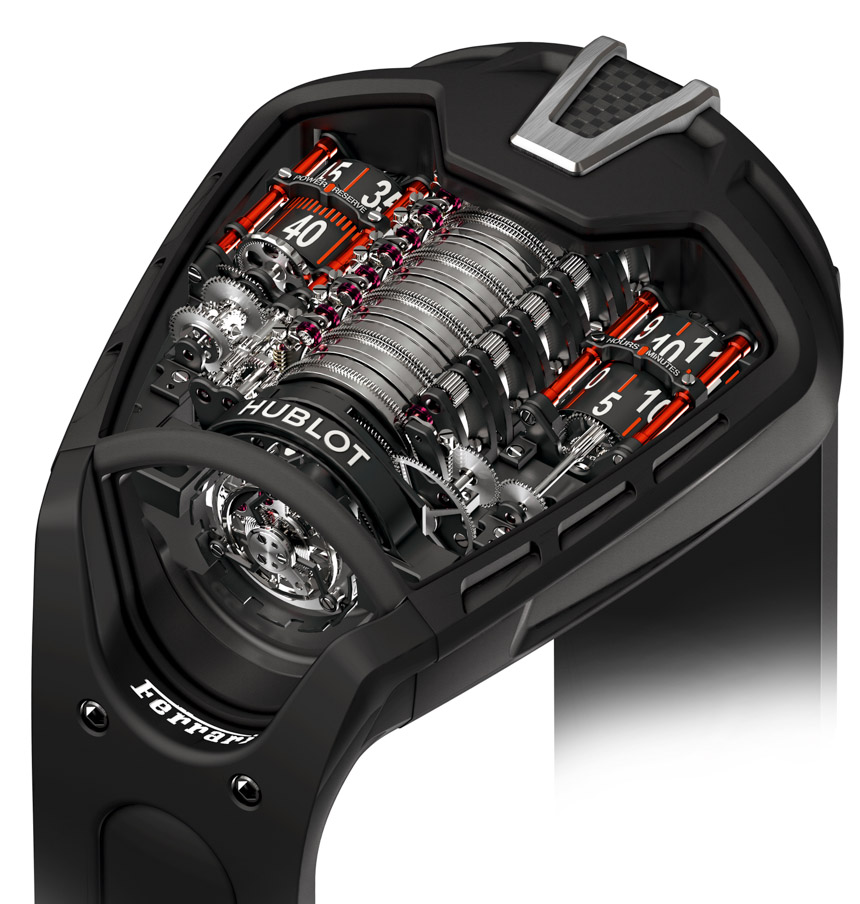 The MP-08 Antikythera Sunmoon, developed in tribute to the ancient mechanism discovered in Greek waters in 1901, was presented at Baselworld one year from the launch of the “Tribute to the Antikythera Mechanism” at the Archaeological Museum of Athens. The Antikythera mechanism is one of the most mysterious objects in the history of civilization, and is considered to be the first “astronomical calculator” in the history of humanity.

It dates back to the second century BC. The watch is limited to 20 pieces and features a simplified, miniature version of the original mechanism in honor of the masterpiece of Antiquity and includes both a solar and a lunar calendar, as well as an indication showing the sidereal position of the Sun and the Moon. hublot.com