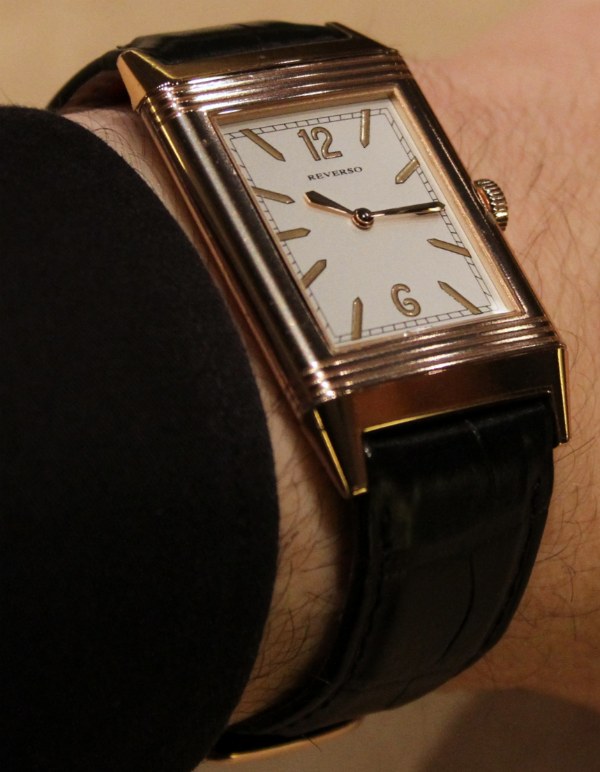 Jaeger-LeCoultre’s answer to the thin watch in 2011 was with their Reverso. Many of the Richemont brands were releasing their own slim watches, and I think the Grande Reverso Ultra-Thin is one of the sleeker models. As of now it will come in at least four versions. Some unlimited models including one with a more typical Reverso face guilloche engraved silvered dial with Arabic numerals, and a tribute dial that hearkens back to some of the original Reverso models. The limited edition models have slightly different dial or come in 18k pink. 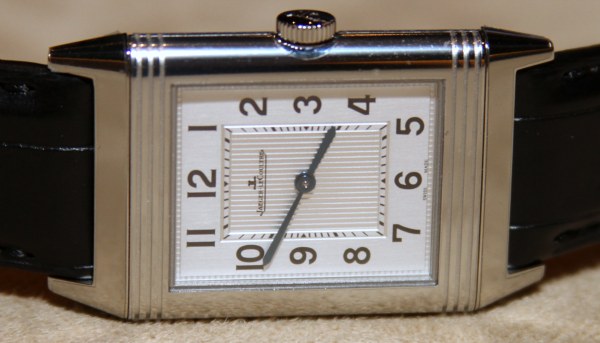 The model pictured at the very bottom of the article is the “Jaeger-LeCoultre Grande Reverso Ultra Thin Tribute to 1931 U.S. Edition” watch – and I will cover it first. This one uses all baton hour markers with tan lume on them to look aged. It also has different style hands than the other models. What is really special is the strap. It is made by a fellow living in Argentina named Eduardo Fagliano who makes boots for polo players. Polo is big in Argentina, and Jaeger-LeCoultre is big in Polo. As you’ve probably heard a few times by now, the original Reverso was made for British Polo players.

Fagliano is said to be one of the greatest book makers, and was specially commissioned by JLC to make the strap for the US limited edition model. There will be only 100 of these version and they will have a price of $7,250 in steel. OK, now on to more hands-on stuff. 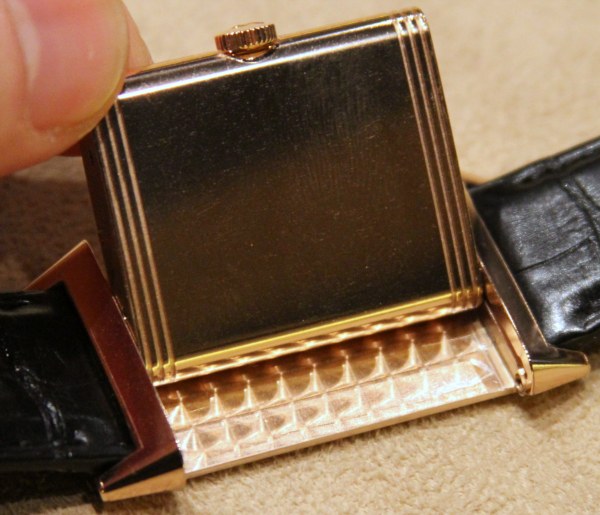 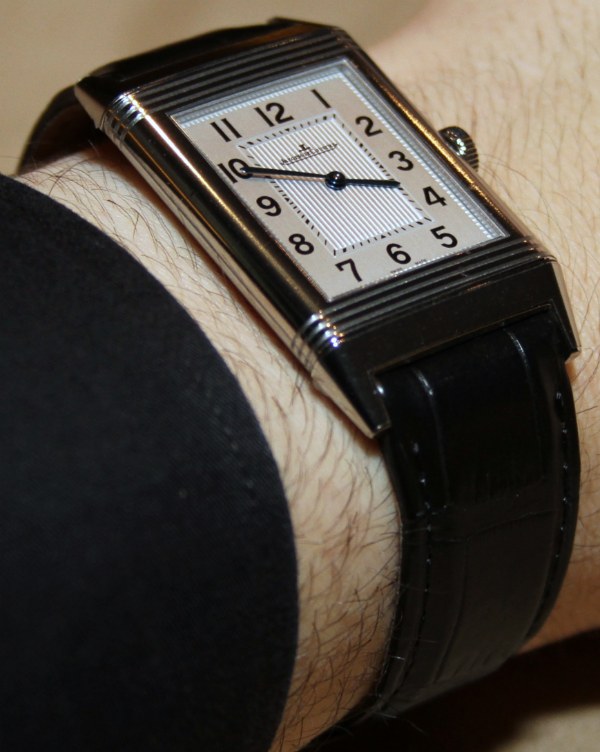 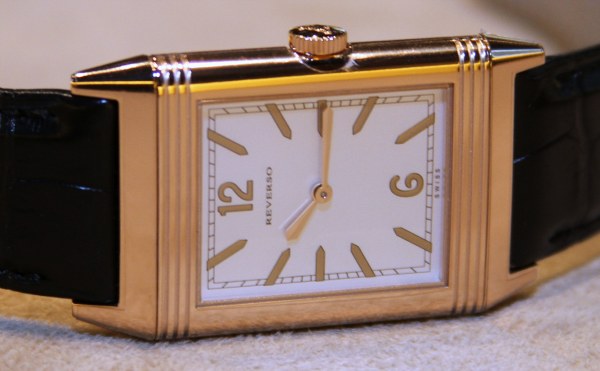 The Grande Reverso Ultra-Think is 7.2mm thick and in a 27.5mm by 46mm case. Even being that thin the case still allows the watch to flip around in true Reverso style. It looks and feels great on the wrist. When I first saw images of the watch I was feeling pretty ho-hum about it. I liked the looks of it but felt it might be a bit lacking in the excitement department – especially because I get so enthusiastic about JLC sport watches. When I put the Grande Reverso Ultra-Thin on my wrist, my perception changed and I felt a lot more positive about the watch. It just has a really nice elegant feel to it. I would term it “dignified.” The style is sophisticated and demure – with various decorative elements but nothing too showy. It will win a lot of friends without having to try too hard.

My favorite piece is the 18k rose gold Tribute model. The limited edition models all have “Tribute to 1931” added to their name because they replicate original dials. This one has Arabic hour markers at 12 and 6, with baton hour markers elsewhere. Just a neat retro look. They did a good job with this collection in 1931, and now we can appreciate that again today. 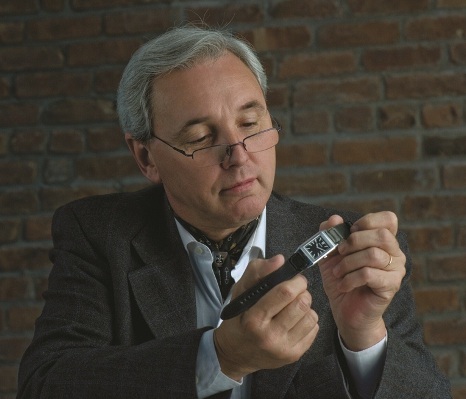 Inside the Grande Reverso Ultra-Thin watches is a manually wound Jaeger-LeCoultre in-house made calibre 822 movement. The movement is assembled and decorated by hand, which is nice, but I think it would be awesome to make another version with a power reserve indicator. Think about it. The Reverso flip case is fun to operate, but you don’t often have a reason to do it. What if you put the power reserve indicator on the back of the case. This way you could not only have that added information to know when to wind the movement, but you’ll also have an excuse to play with the case. Sounds win-win to me, and maybe we will see that? Not sure about pricing for the whole collection, but you can get a pretty good idea of the pricing knowing the limited edition steel model is $7,250. A bit less for the standard steel models, and a bit more for the gold models. Look for the Jaeger-LeCoultre Grande Reverso Ulta-Thin and Grande Reverso Ultra-Thin Tribute to 1931 limited edition watches soon.