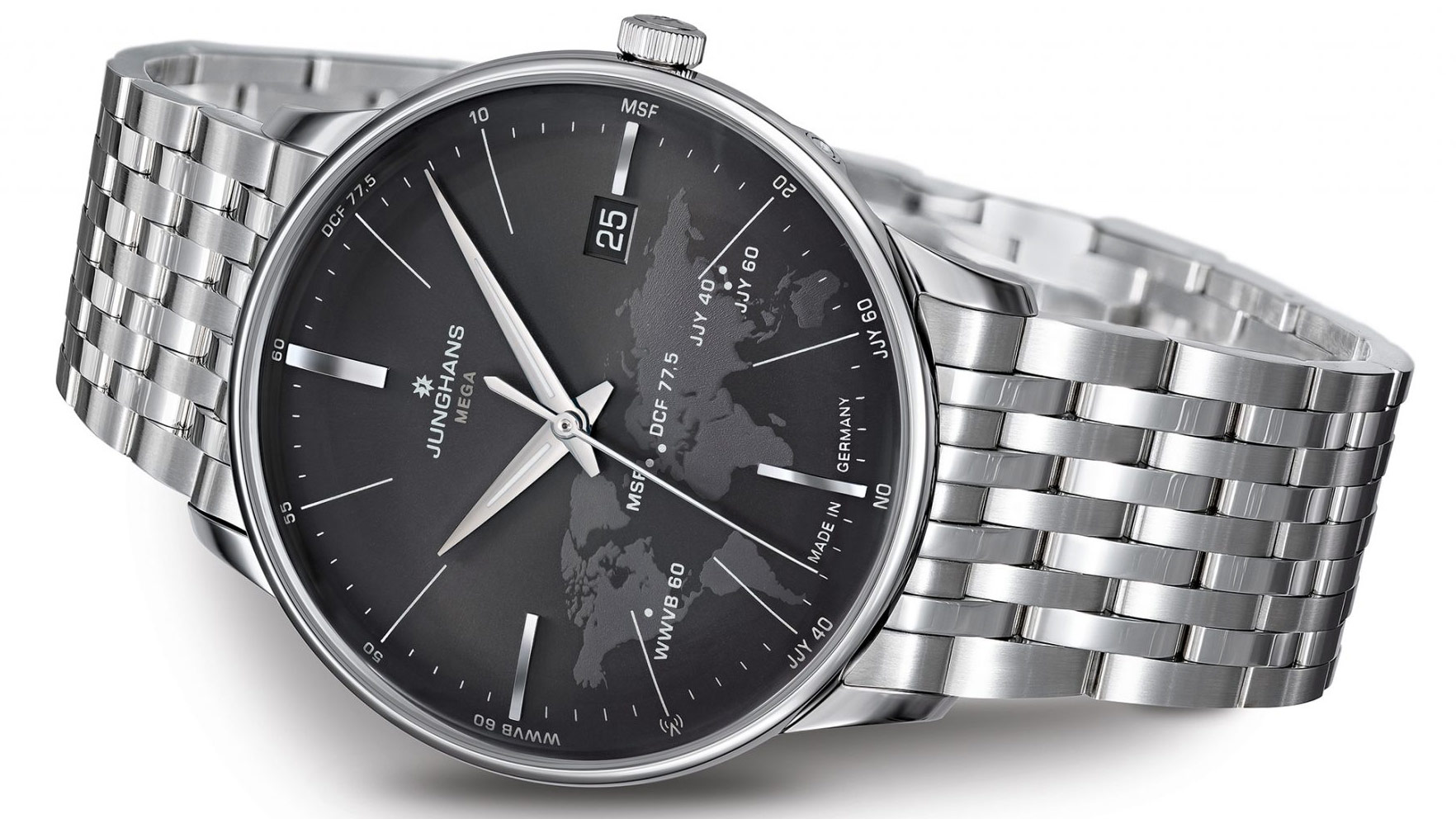 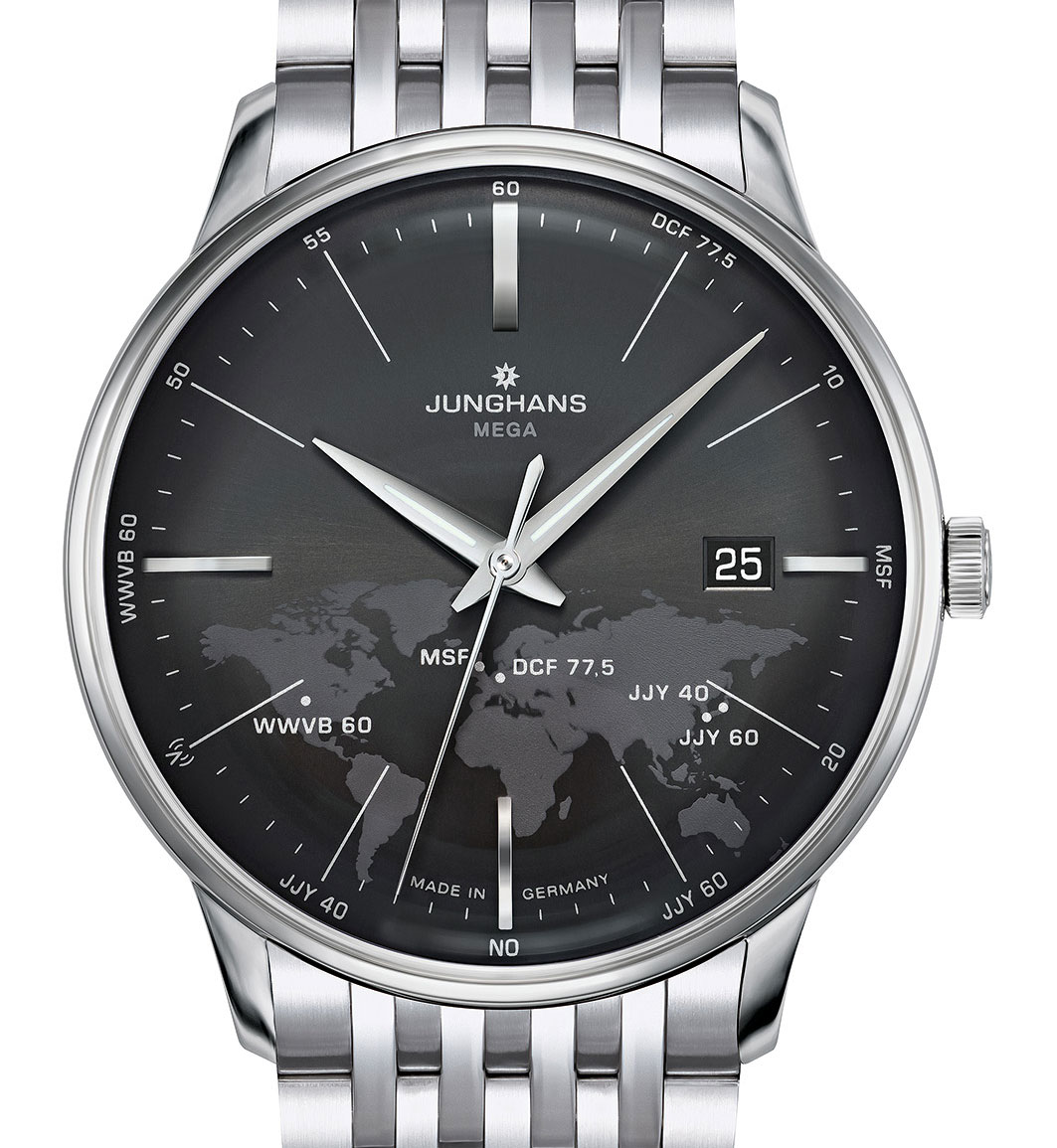 For 2018, Junghans has released a new watch that combines the Bauhaus aesthetic the German brand is best known for with the radio-control technology it should probably be better known for. The new Junghans Meister Mega looks classic and minimal but offers state-of-the-art accuracy through an in-house-developed quartz movement with, in my opinion, a lot of the right features. One of the coolest touches about it, however, is the proud display of the J101 movement through a transparent caseback. 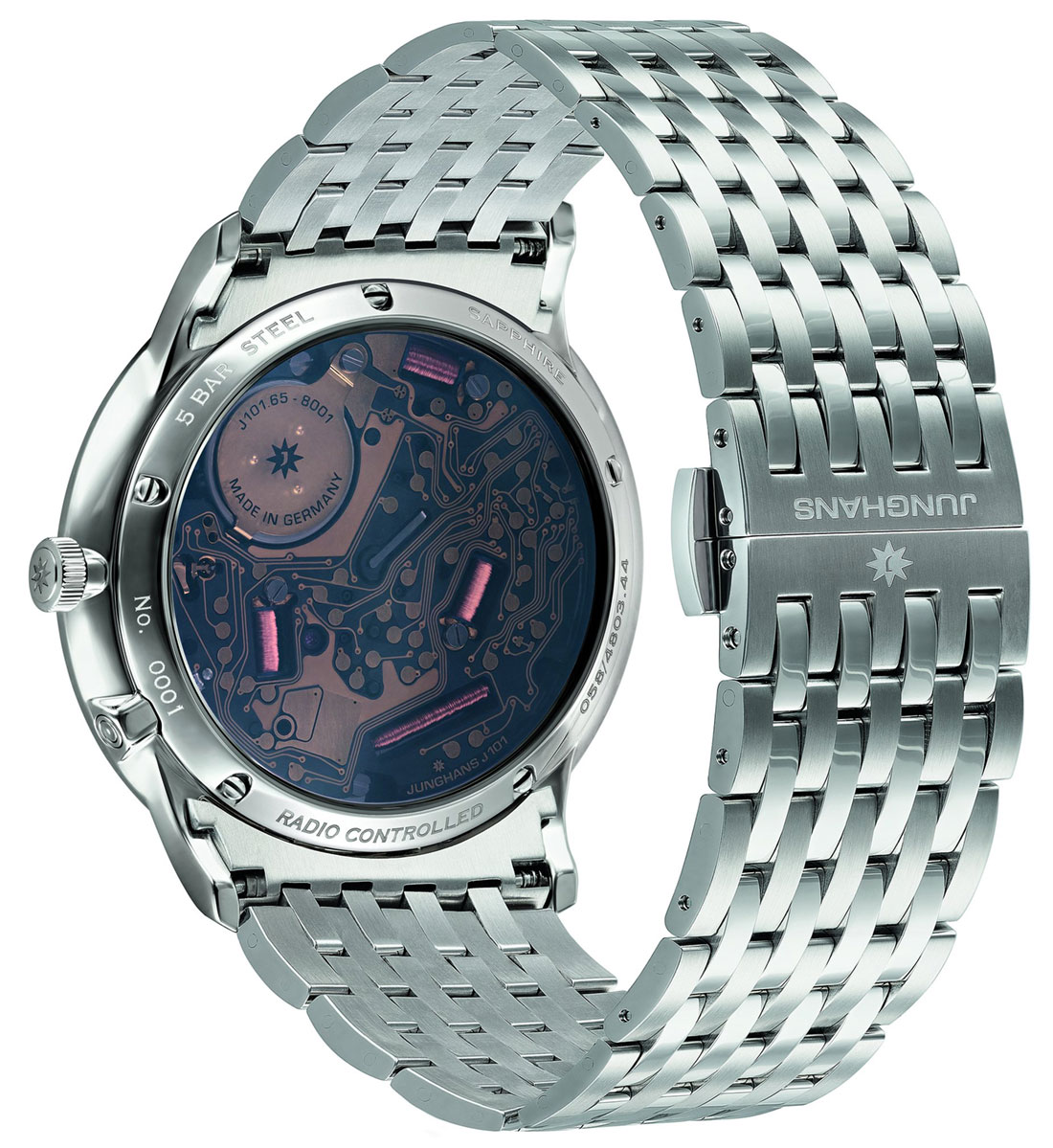 Junghans has been around as a company since 1861 and, through its ups and downs, has made its own mechanical movements and pioneered quartz technology in the 1980s. In modern times, they have been seen more as a design-focused brand with relatively affordable quartz watches as well as mechanical ones with sourced movements. The brand’s more recent image is in large part based on the Bauhaus classic – dare I say, “iconic” – Max Bill line that first took wristwatch form in the 1960s (see our recent review of the Max Bill Chronoscope here). The name Meister has been around even longer for a range of watches such as the Meister Driver Chronoscope reviewed here or the sportier Meister Pilot Event. The Junghans Meister Mega, on the other hand, is stylistically very much in line with the minimalist feel of the Max Bill range. 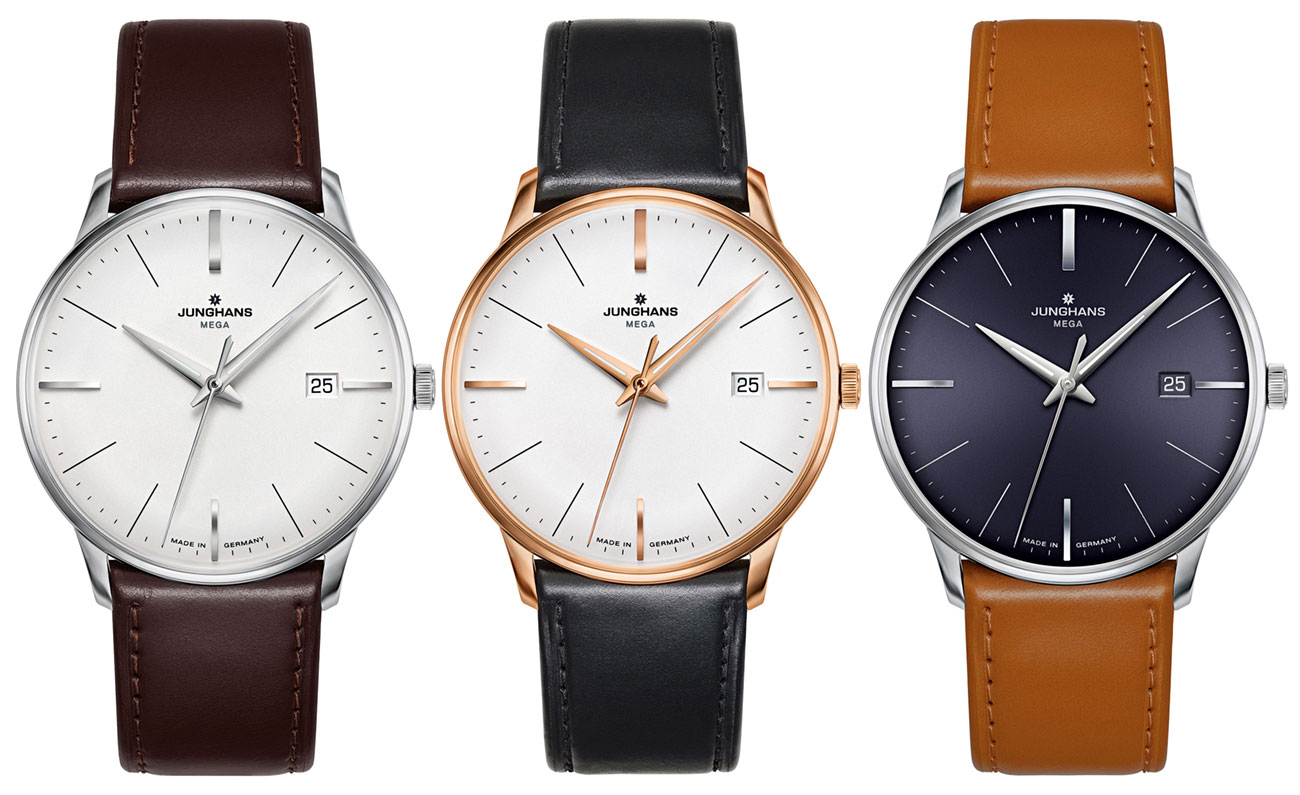 The various Junghans collections with the Mega designation use radio signals to constantly update the time for accuracy a watch movement alone cannot achieve. The Junghans Mega 1 from 1990 claims the title of the world’s first radio-controlled wristwatch, and the brand also boasts some of the first solar powered clocks. While this technology is now mostly associated with Japanese watches from Casio, Seiko, and Citizen, the J101 movement in the new-for-2018 Junghans Meister Mega watch was developed in-house at Junghans. 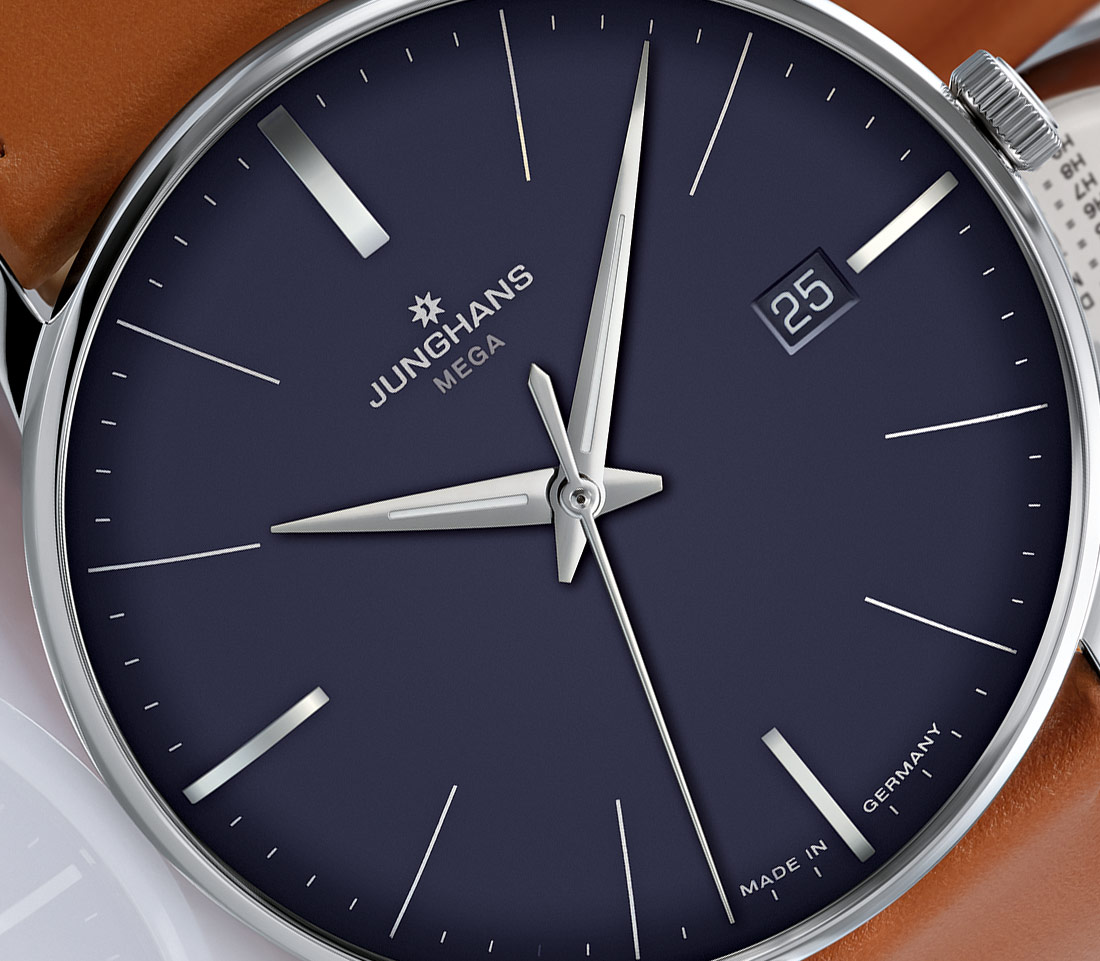 As with other radio-controlled watches, the Junghans Meister Mega can receive signals only in certain geographic locations. Specifically, that is Asia (two in Japan), Europe (UK and Germany), and North America (Colorado), and the movement automatically searches for transmissions through a “patented auto-scan” feature. For other parts of the world, or if it can’t get a signal for whatever reason, it also pairs with one’s smartphone and a Junghans app (iOS or Android) to synchronize with atomic time. These are familiar features of other such watches, but Junghans’ movement adds its own mix and other touches such as “intelligent time correction” to check the position of the seconds hand 1,440 times per day – about once per minute, that is. 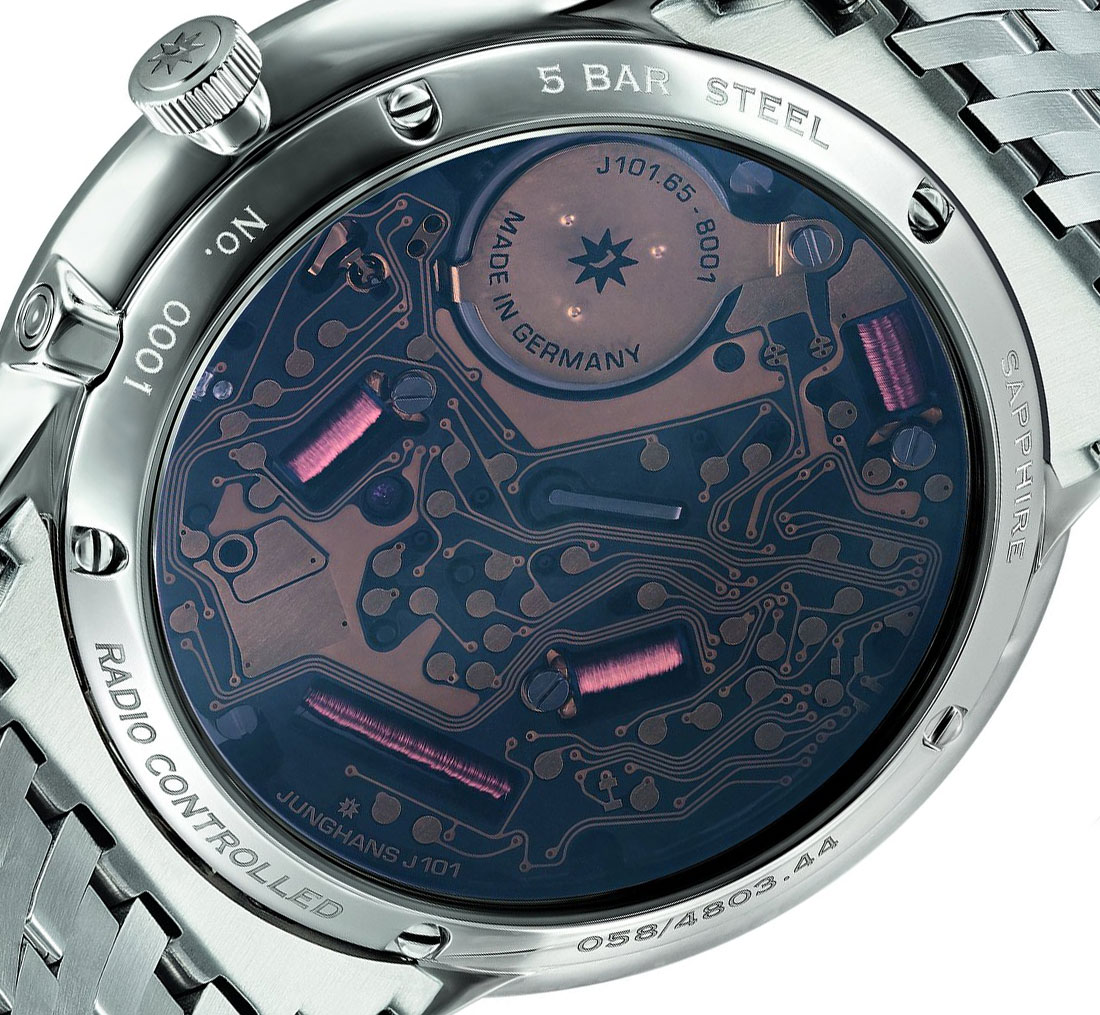 The J101 movement also promises that the minute hand and date will advance smoothly and precisely, and the seconds hand actually moves twice per second. This is kind of a neat feature that differentiates it both from mechanical watches but also from other quartz watches. While only displaying the current three-hand time and the date, the movement includes a perpetual calendar that is independent of radio reception and accurate until the year 2400. Everything is controlled via the crown. With a battery life of two years, though, I feel that adding Junghans’ solar-charging technology for future versions would make it significantly more competitive. 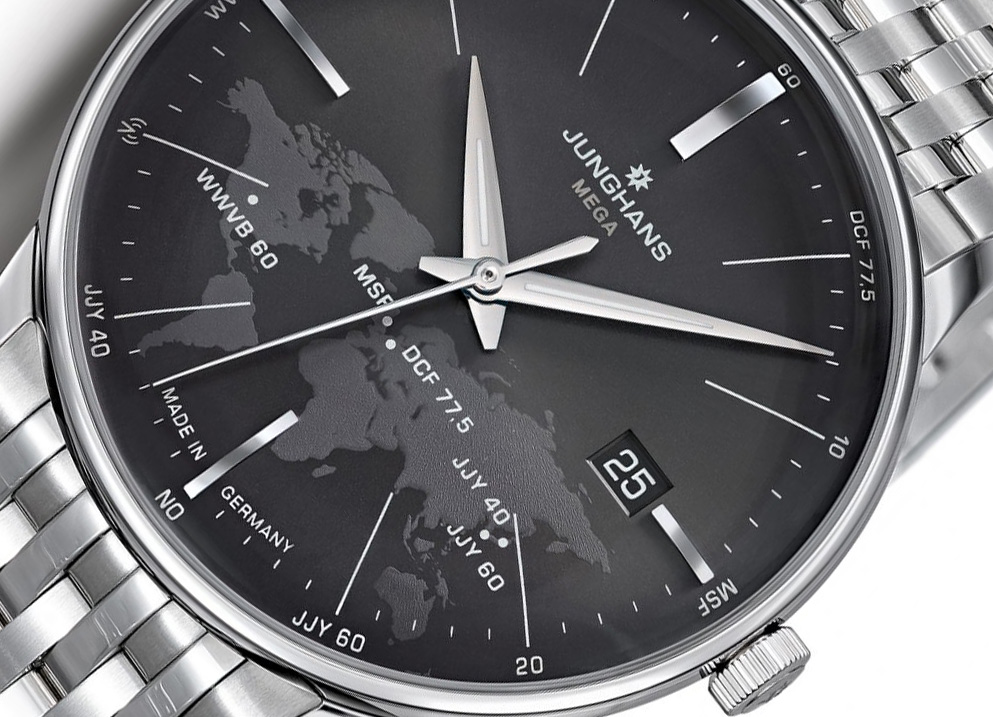 There are a few dial and strap options for the Junghans Meister Mega – and this might be a good place to note that there is also the option of a Max Bill Mega with the same radio-controlled features. Mentioned above is the tinted display caseback that shows off the quartz movement inside, but this is actually only present on the highlighted model with the bracelet that has a black dial and world map showing “reception instructions.” This version also features a sapphire crystal while the others use plexiglass. Each of the other models, with black and white dial versions as well as a PVD-coated rose gold case option, has a very traditional dial and leather strap. These versions have the map and instructions on the solid caseback instead. 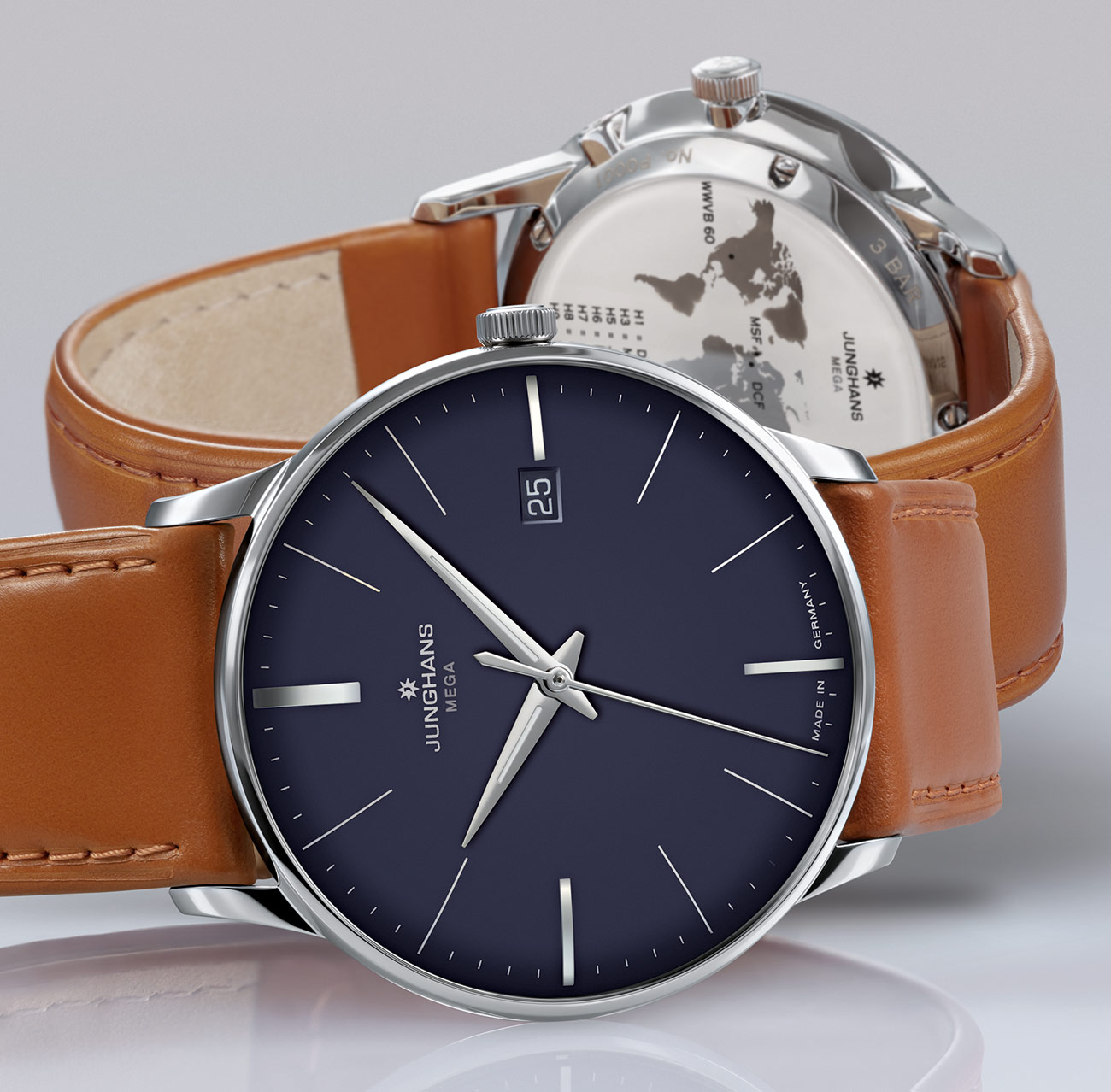 Little differences like the half-second ticking of the seconds hand will distinguish the Junghans Meister Mega, but it is otherwise very similar looking to other Junghans Meister watches. Part of the idea is to offer the technology and convenience of a modern gadget with an elegant design that people actually want to wear. It’s not a totally new approach, but only a handful of brands (Frederique Constant’s “smart watches” come to mind) are actually offering something comparable. The Junghans Meister Mega watches have a 38.4mm-wide case with a water resistance of 50m for the “special” version (with the map dial) and 30m for the “standard” versions. They are also nice and slim at 9.2mm thick (or 9.6mm for the highlighted model). 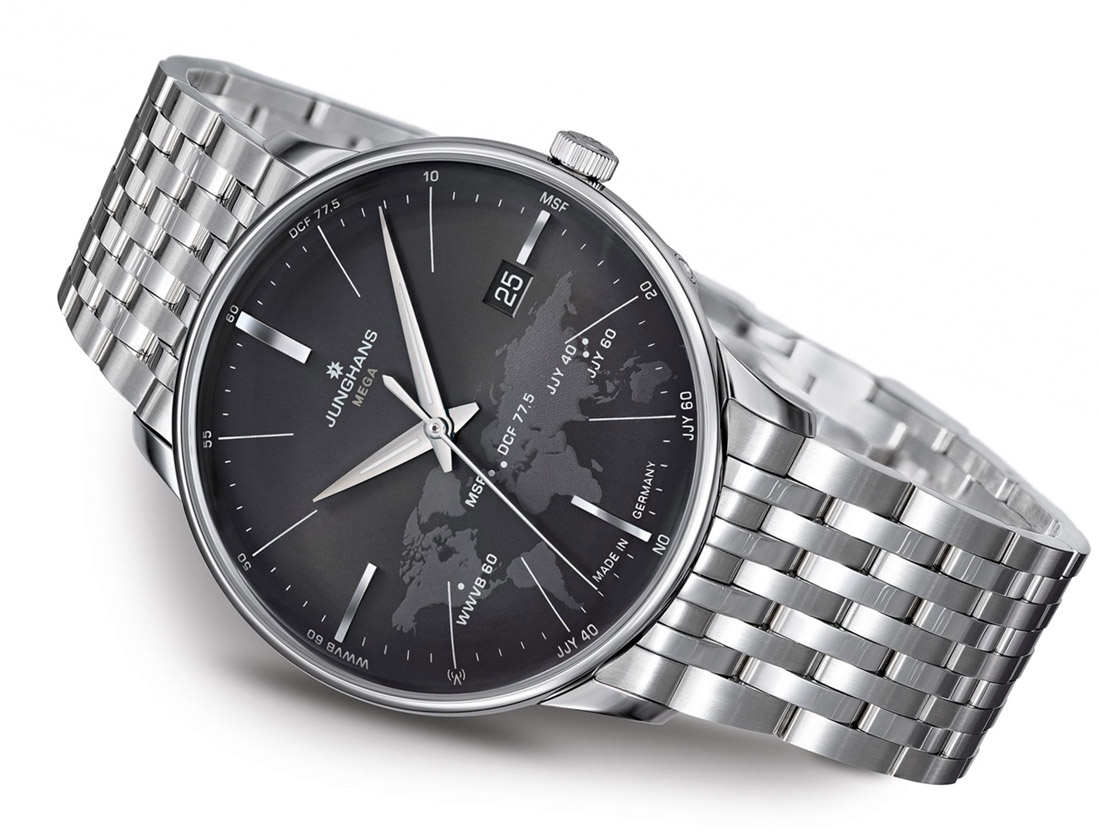 For some people, watches designed by traditional watchmakers but with radio-controlled atomic accuracy will be just the right balance. Again, I really like to see the quartz movement on display. That goes a long way in addressing some of the negative associations mechanical watch fans often have with quartz, and it’s something that’s seen various forms, for example, on Undone’s Urban and watches from The Electricianz, not to mention Bulova’s Accutron II Alpha. The Junghans Meister MEGA will have a price of $1,290 for the version on the bracelet with sapphire crystal, map on the dial, and transparent caseback; the PVD gold model will be the same; and the other versions will each be $1,190. junghans.de