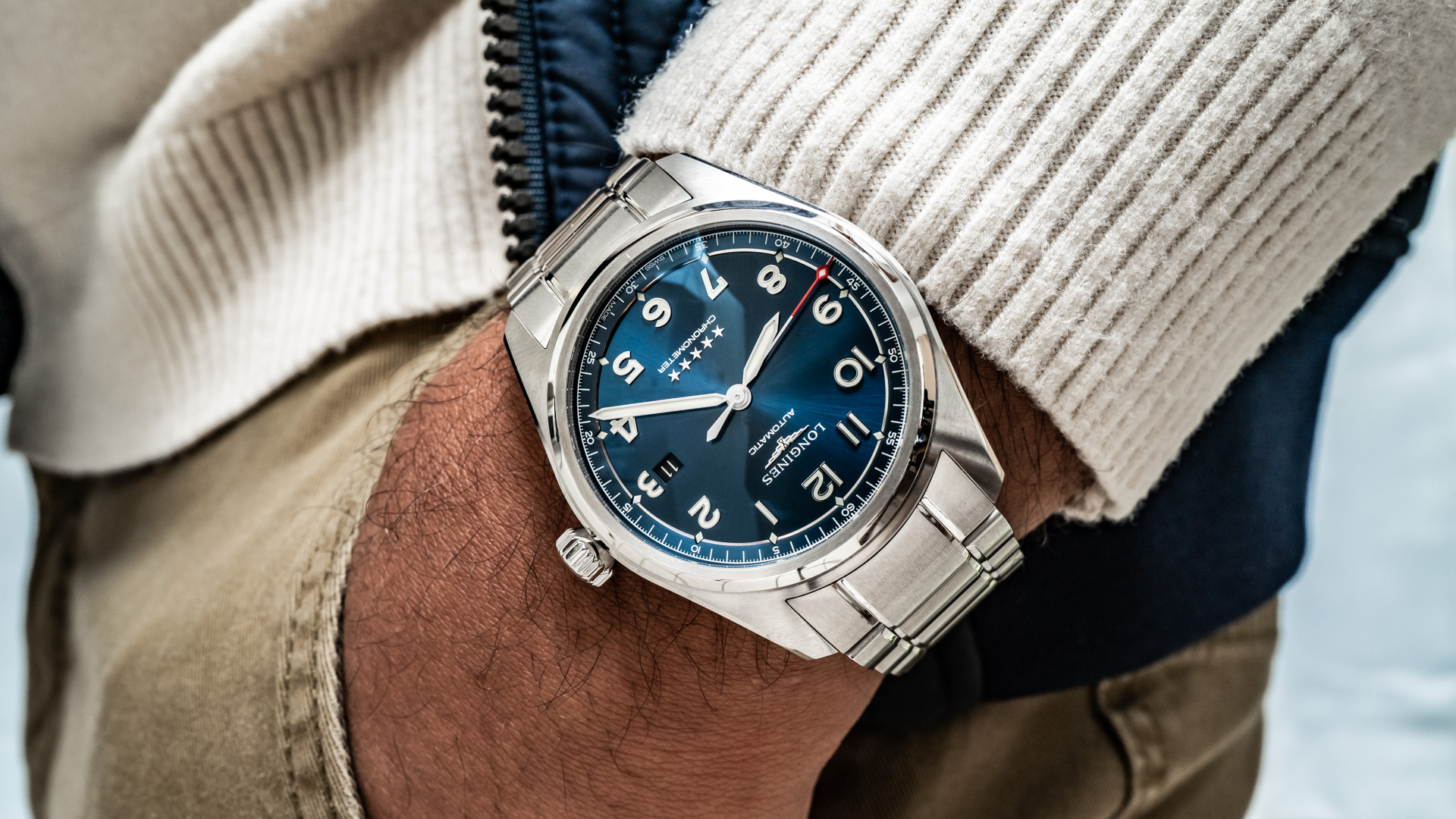 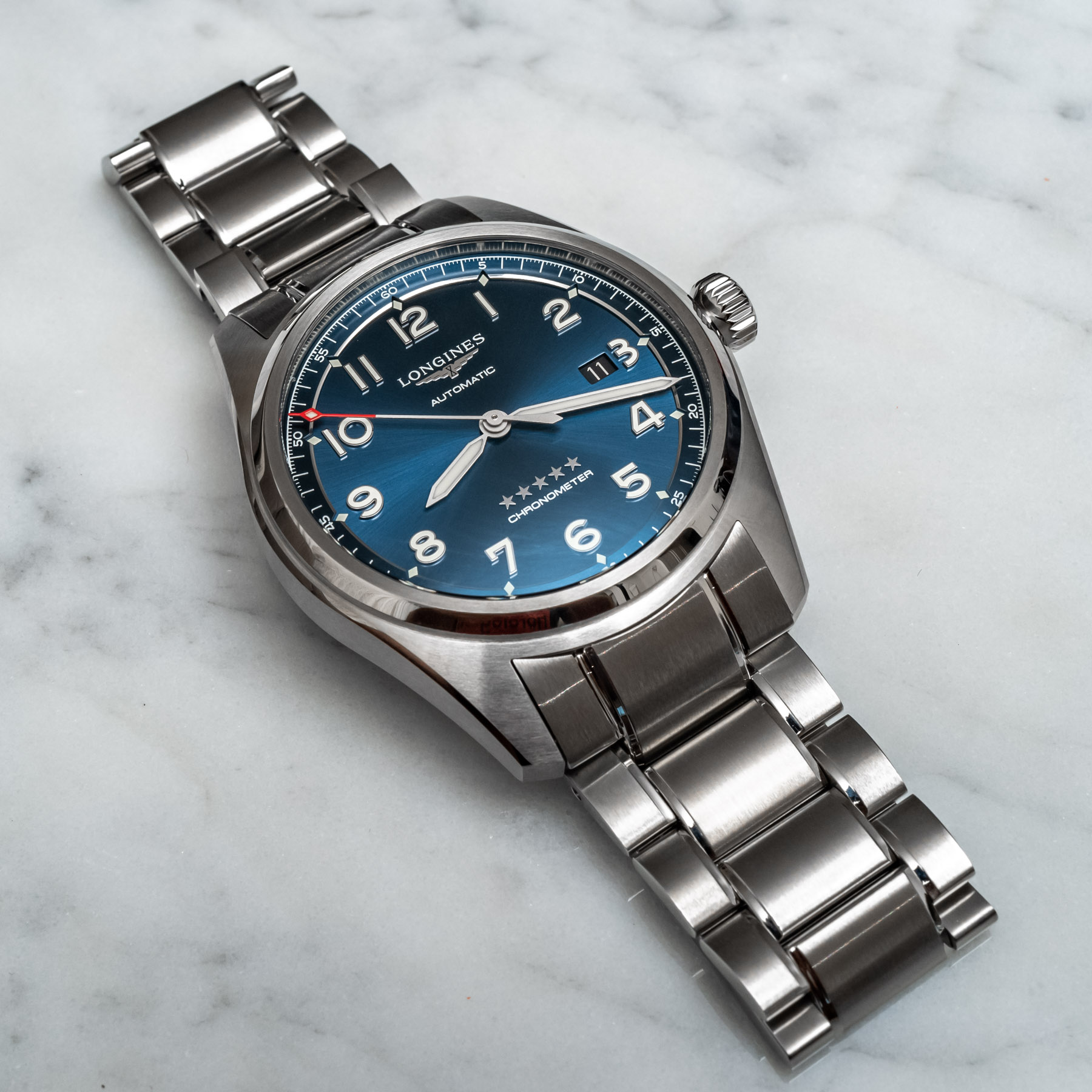 Like most of you, I love a good, well-executed vintage reissue. Longines has been a master at this in recent years (just look at the Heritage Military Marine Nationale released this summer), and it makes complete sense: If you’ve got a historical catalog of incredible pieces just waiting to be remade for a modern collector, it’d be malpractice not to pursue it. That said, the real challenge comes with designing an all-new collection, in this case, one that is just vintage aviation-inspired enough in design while contemporary in its finishing and execution. Of course, what I’m talking about is the Longines Spirit Collection which dropped back in June of this year.

Though the Spirit collection launched with both three-hander in either a 40 or 42mm and chronograph variants, I spent time with the 42mm three-hander with a beautiful classic (and 2020 trend-bucking) sunray blue dial. Again, the combination of great design coupled with finishing that’s above its class makes for a very compelling COSC-certified watch for someone whose tastes are largely contemporary/conservative but with that vintage DNA there. 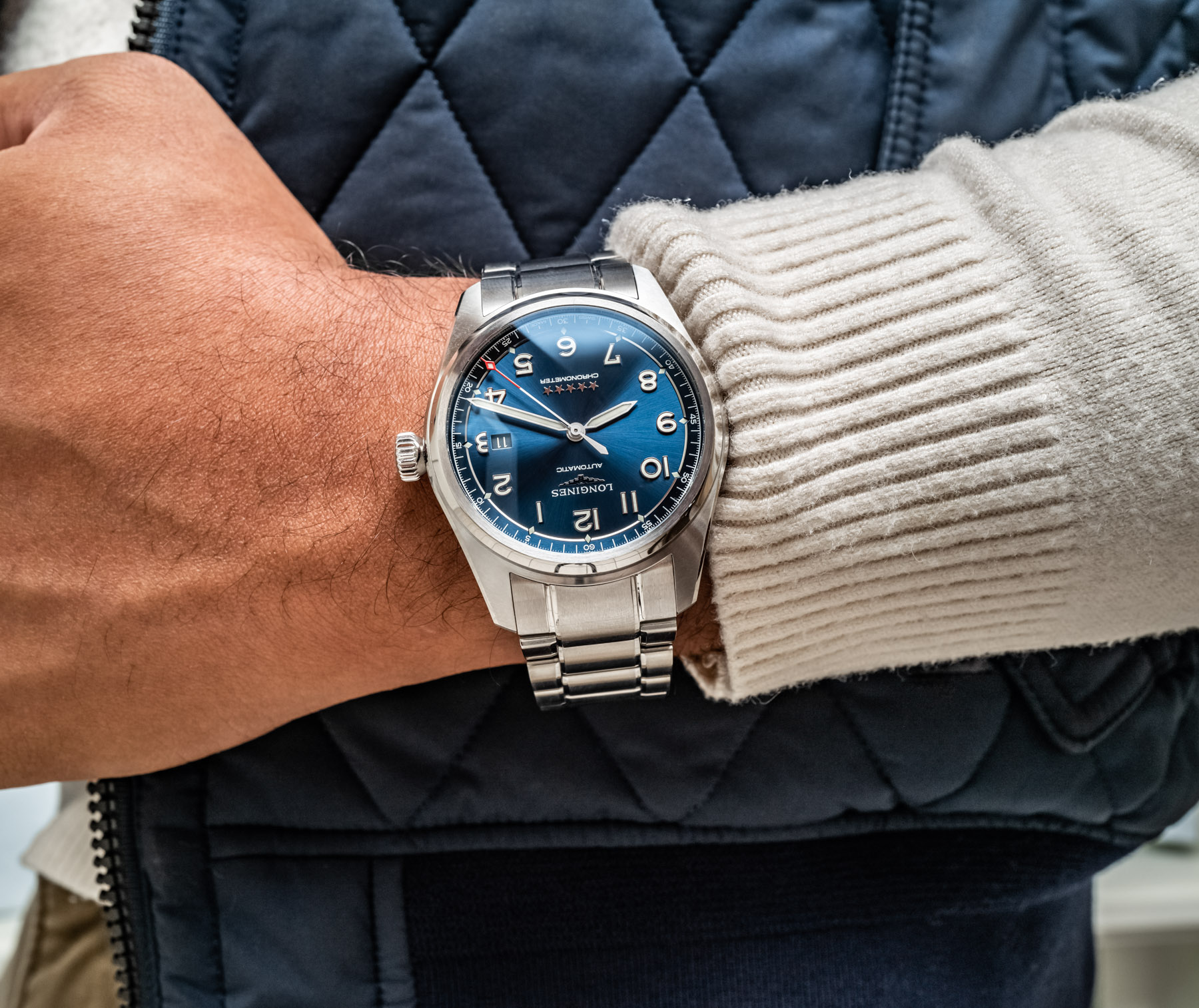 I know a lot of people had questions about how these would wear in the metal and, while I can’t speak to the 40mm or chronograph versions, I can say that the 42mm three-hander feels balanced on the wrist and solidly constructed when handled. At 42mm-wide, 13mm-thick, and with a lug-to-lug height of 52mm, this is a good size for someone who typically opts for the bigger side of 42-43mm. While I can only eyeball it, I would estimate the 40mm case to have an approximate lug-to-lug height of ~50mm and the same case thickness, as they share the same movement. Another difference between the two sizes is that the 42mm has a 22mm lug-width, while the 40mm has a 21mm lug-width. 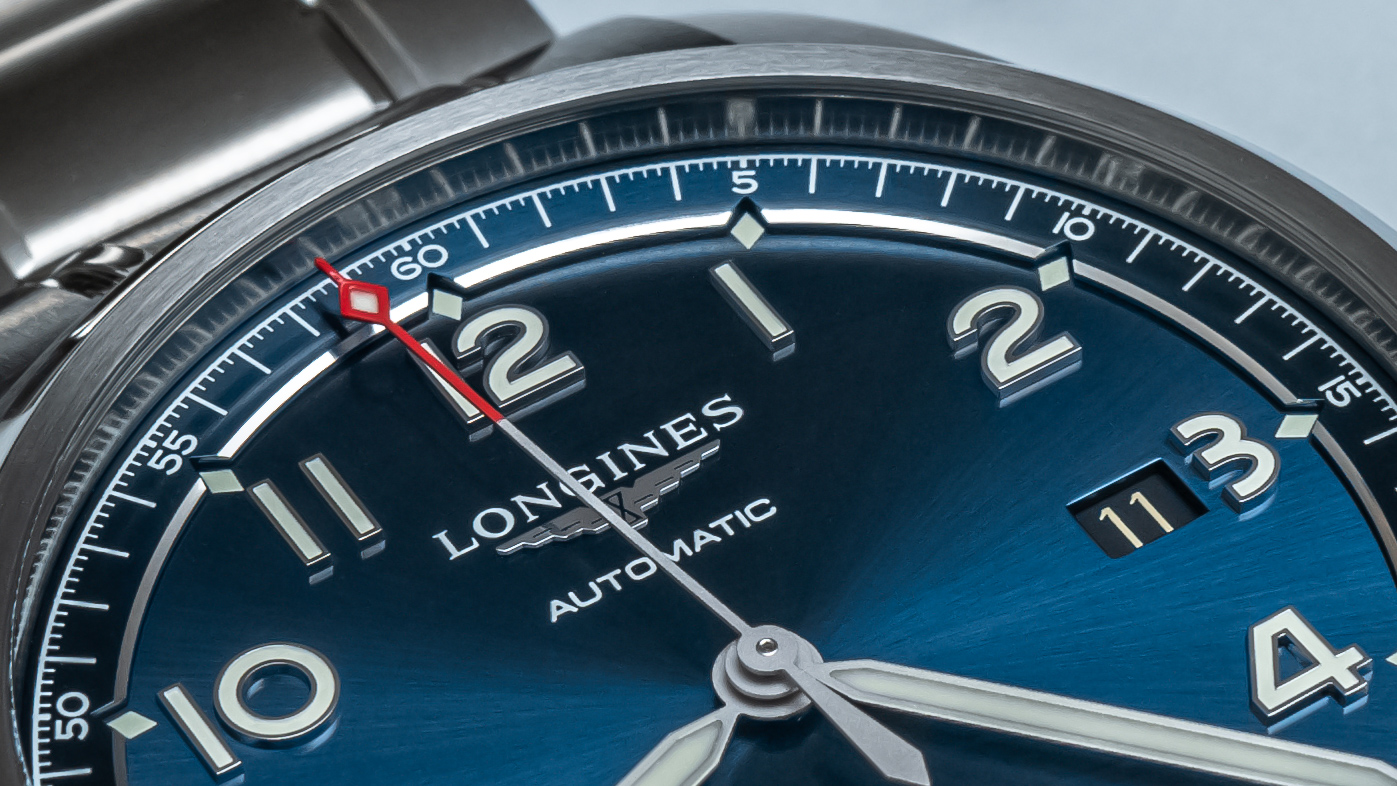 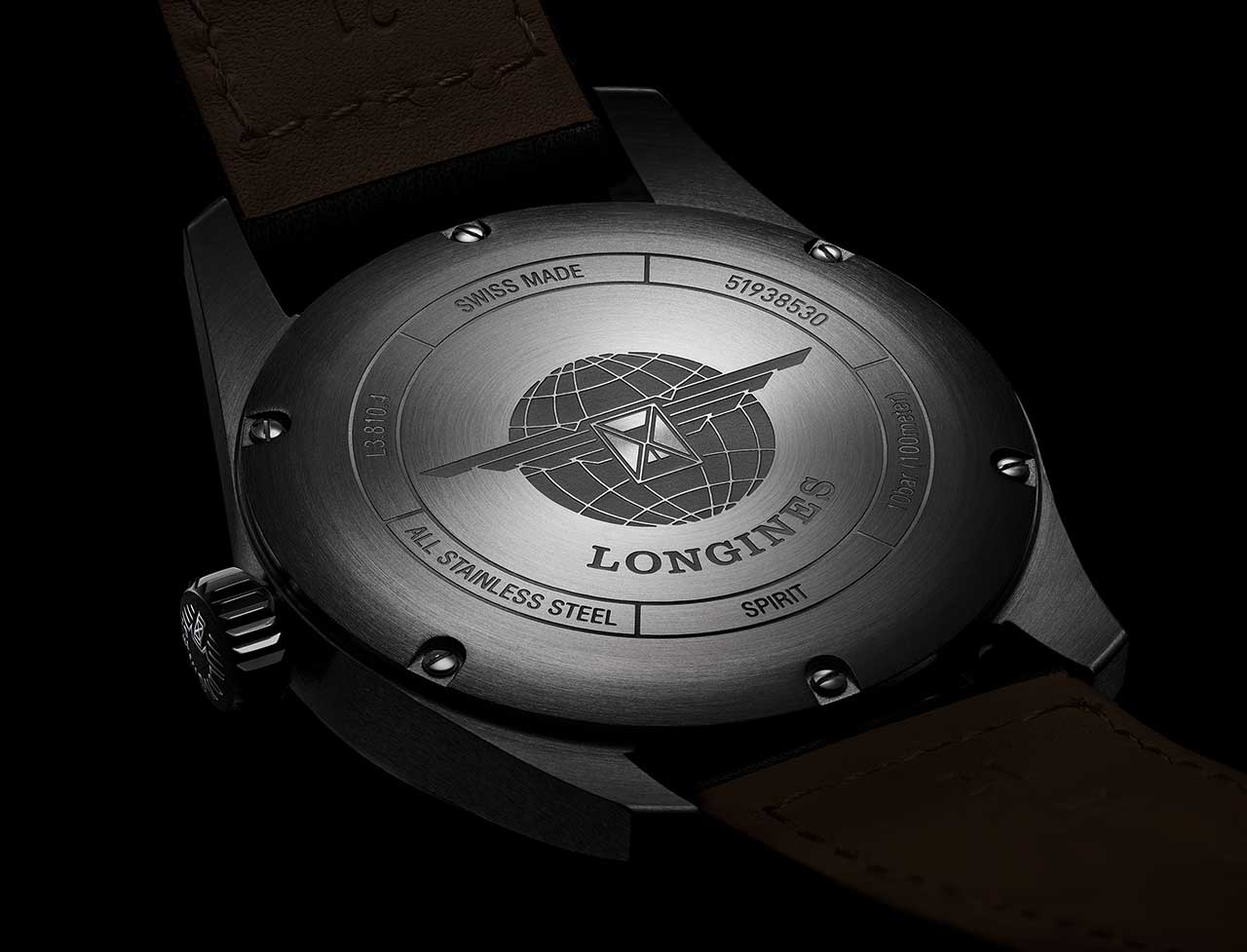 Having an enclosed caseback rather than exhibition is one of the smartest ways to keep costs under control, and that’s what Longines did here. Frankly, no movement is going to be anything but generic-looking at this price point. Even the usual touches like a customized rotor or some perlage would add to the costs and result in an uninspiring package. I’ll concede that some will disagree with my take about this, and like most things, it comes down to taste and preference.

What is worth boasting about when it comes to the movement is that the caliber L.884 is a COSC-certified Chronometer movement produced by ETA specifically for Longines under the massive Swatch Group umbrella. This movement has a 64-hour power reserve with an accuracy of at least -4 to +6 seconds per day, a silicon balance spring that helps resistance against temperatures, magnetic fields, and shock, and operates at 25,200 vph. 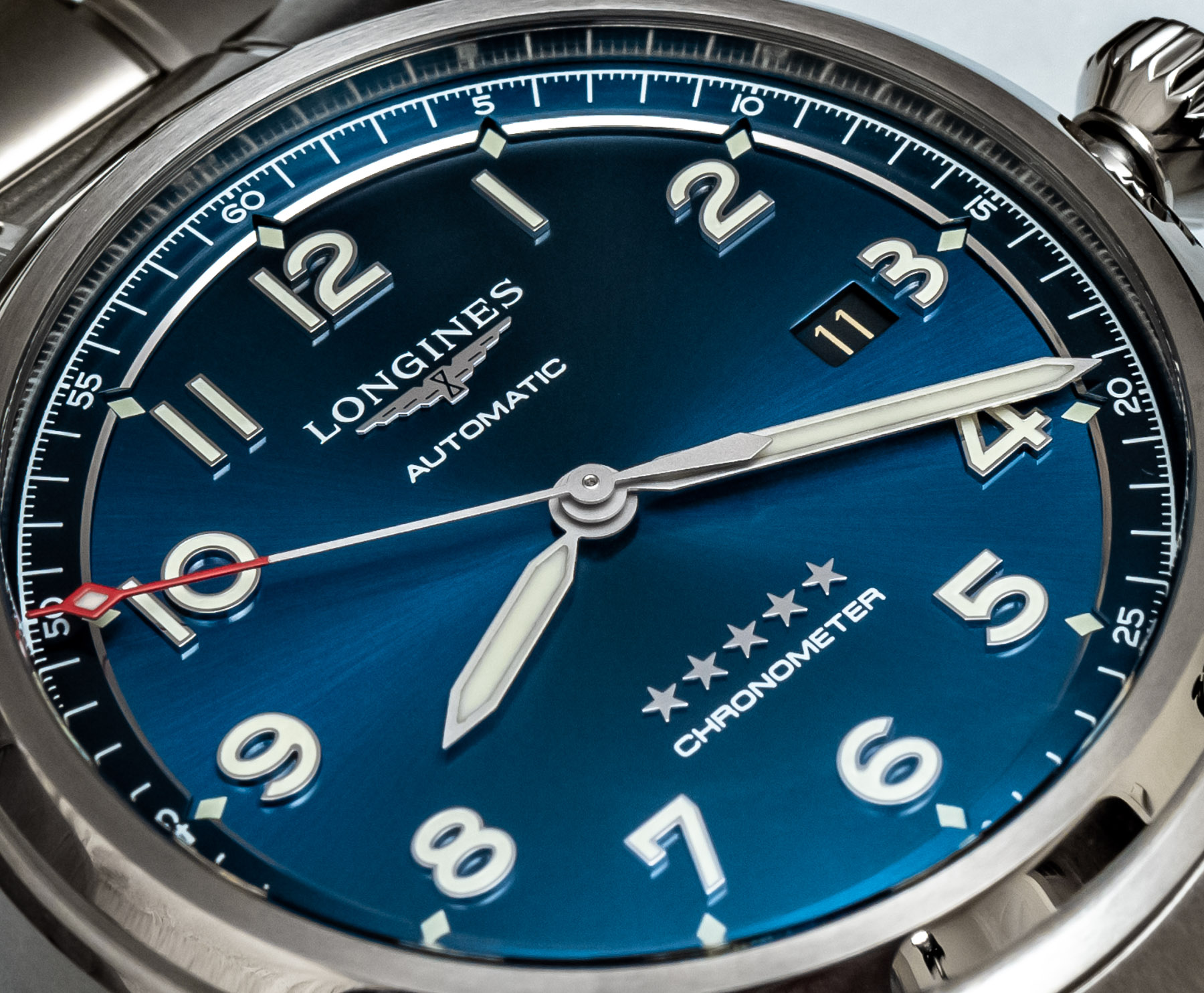 The dial of the Longines Spirit makes me happy because it’s classic and legible, as an aviation watch should be, but all the individual parts all have a bit of character to them. The baton-shaped hands and the applied Arabic numeral hour indices are lumed. You’ll notice there’s a diamond theme across the dial with the specific way the hands are shaped, as well as the little lumed diamonds that correspond with each hour marker. I was initially ambivalent toward the seconds hand with its red-tipped diamond design but then noticed that it lines up with the aforementioned cutout lumed diamonds, which is a nice touch. 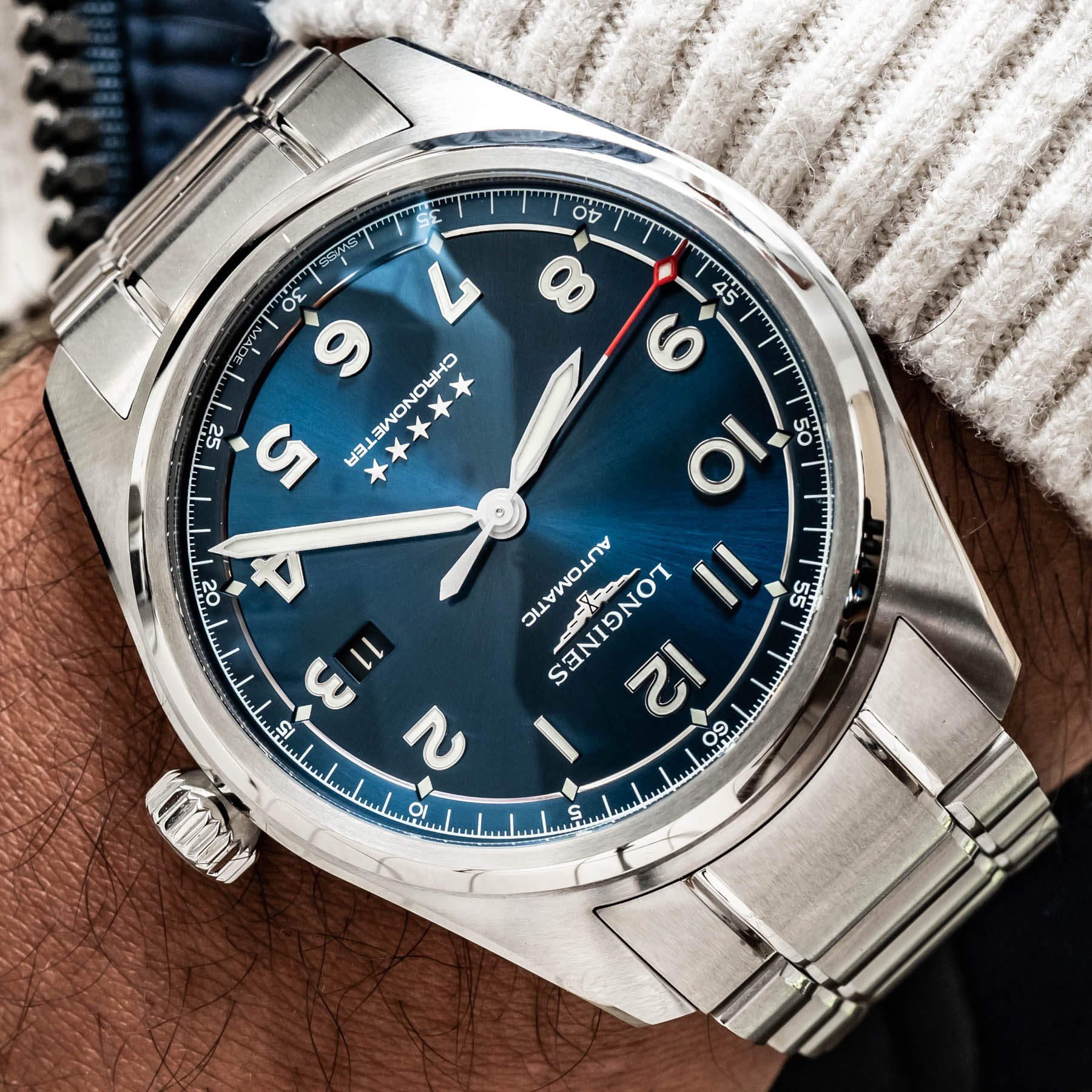 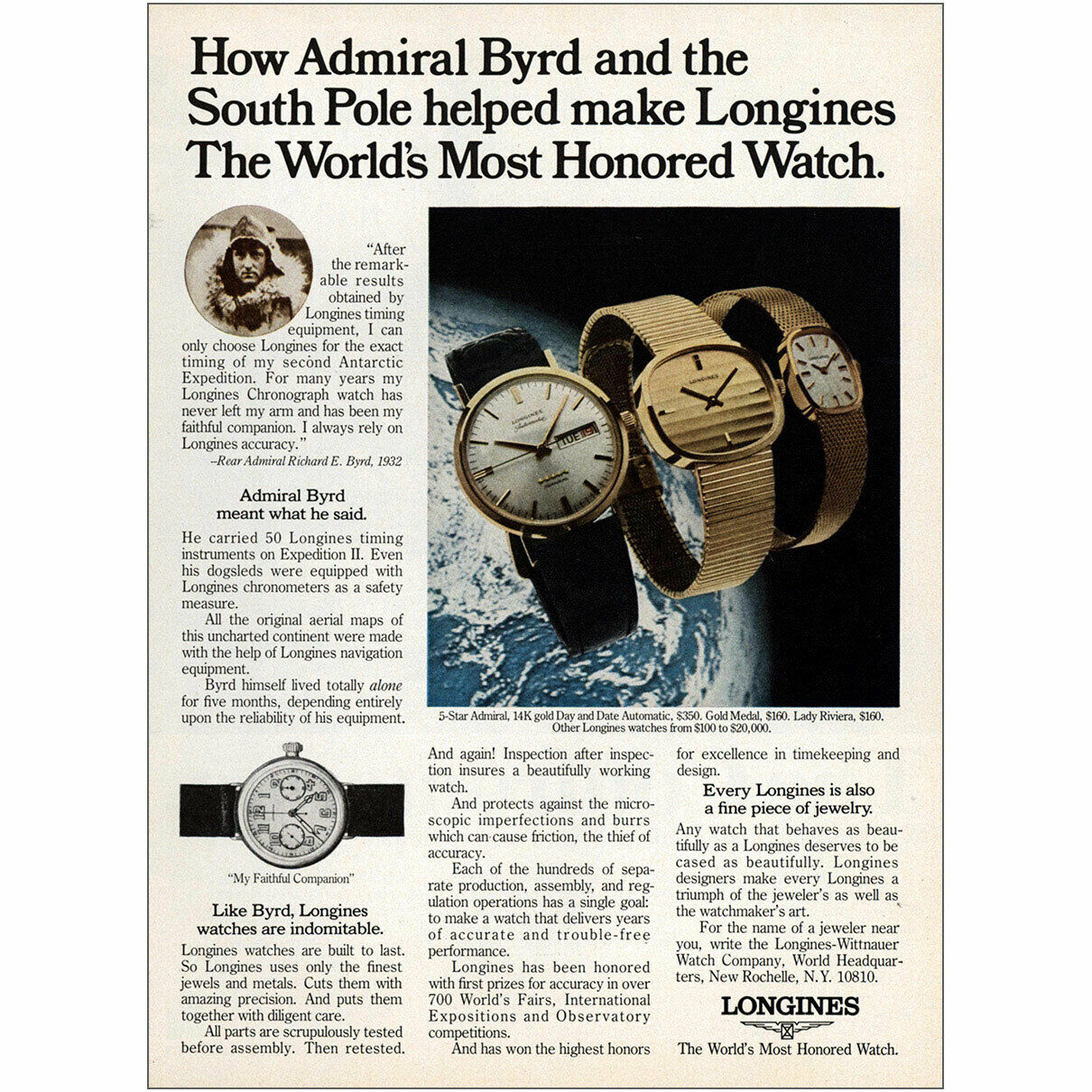 I know people have opinions about the five stars above the word “Chronometer” at 6 o’clock, but there is some history to them. I know some top-line vintage Longines Admiral watches from the 1960s and 1970s were called “5-star Admiral,” so having this on the dial of the Spirit is a neat throwback that alludes to part of the brand’s long history. 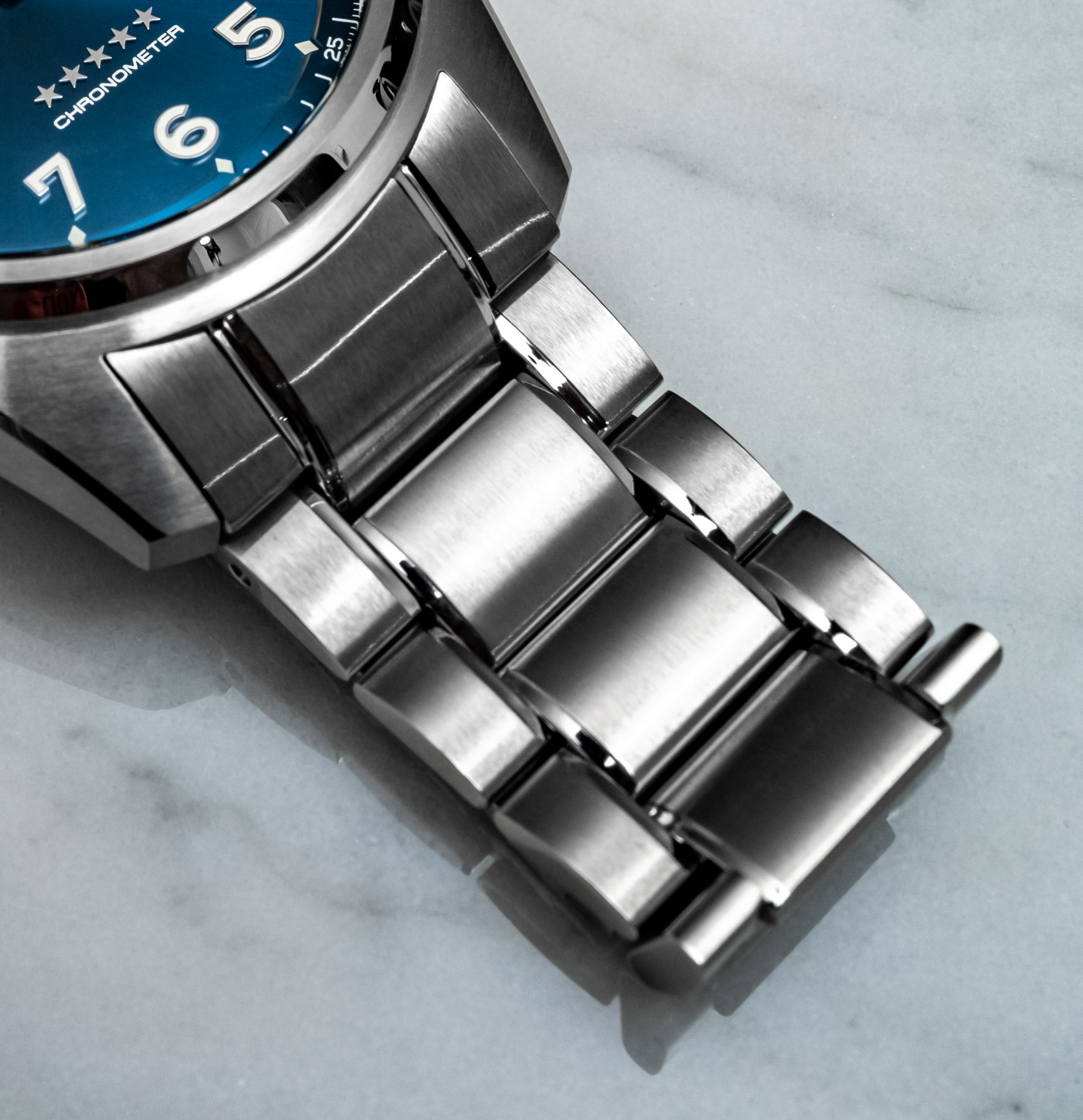 The bracelet is nice and comfortable, with the three-link setup alternating between polished and brushed finishing. The folding clasp feels secure with a sturdy release button, as well. In an unusual but interesting move, Longines introduced a “Prestige” version of the Spirit, as well, which is the same as the model you see here but has one key difference: a quick-release system for changing out the straps and bracelets. For a $500 premium, the Prestige edition comes with the bracelet, a leather strap, and a NATO-style leather strap. If the Longines Spirit is going to be your only or everyday watch, this is a pretty compelling option that allows easy dressing up or dressing down. 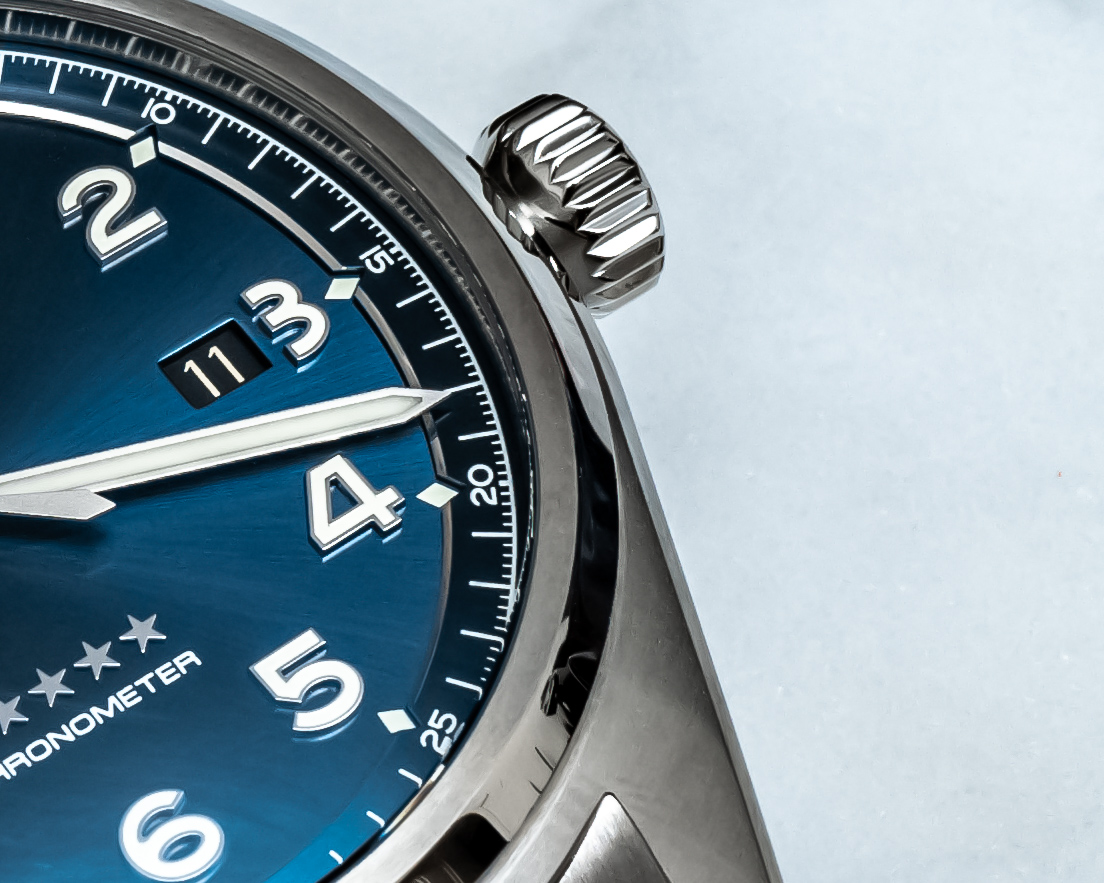 The Longines Spirit is a solid new entry to the brand’s already extensive lineup. I wanted to say that it’s a “safe new entry,” but the word “safe” can insinuate a lack of ambition or trying, which is absolutely not the case here. What the Longines Spirit nails is classic design with thoughtful touches of personality, excellent finishing, and a COSC-certified movement for just over $2,000. That’s “safe” because there is not a lot to criticize about it, and Longines knows that. By having access to the Swatch Group, Longines can produce pieces like this at a cost that would simply be impossible for most others to achieve. If you’re looking for a versatile everyday watch with serious Swiss credentials, the Longines Spirit is absolutely worth trying on in the metal. The Longines Spirit in either 40mm or 42mm is priced at $2,150 on either bracelet or strap, while the Longines Spirit Prestige Edition with quick-strap change system and steel bracelet, leather strap, and NATO-style leather strap is priced at $2,650 in 40mm and $2,750 in 42mm. You can learn more at longines.com.