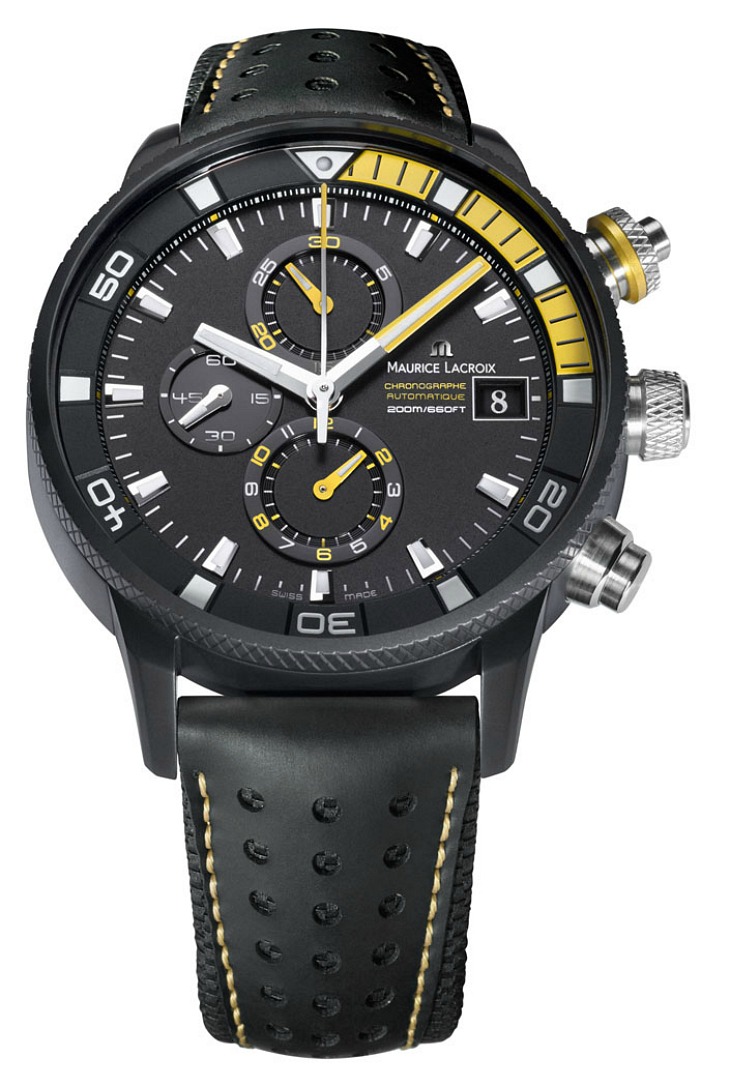 Is the “big watch” going to make a comeback for 2014? That is hard to say, but Swiss Maurice Lacroix has an XXL-sized horological entrant with their 48mm wide sized Pontos S Supercharged. It continues the Pontos S legacy that began in 2012, and last year in 2013 resulted in the Pontos S Extreme (hands-on here). The Extreme had some interesting colors and now the Supercharged is all about bold design and size.

We’ve always liked the Pontos S for its forward-thinking design and sharp modern looks while conforming to traditional standards of legibility and functionality. And don’t forget that cool crown for the inner rotating bezel that is connected to the chronograph start/stop pusher. All of that is retained in the Pontos S Supercharged, but with some design updates and a different movement. While the standard Pontos S chronograph made use of a Swiss ETA Valjoux 7750, the Pontos S Supercharged will make use of the still very uncommon Valgranges caliber. What is that you ask? 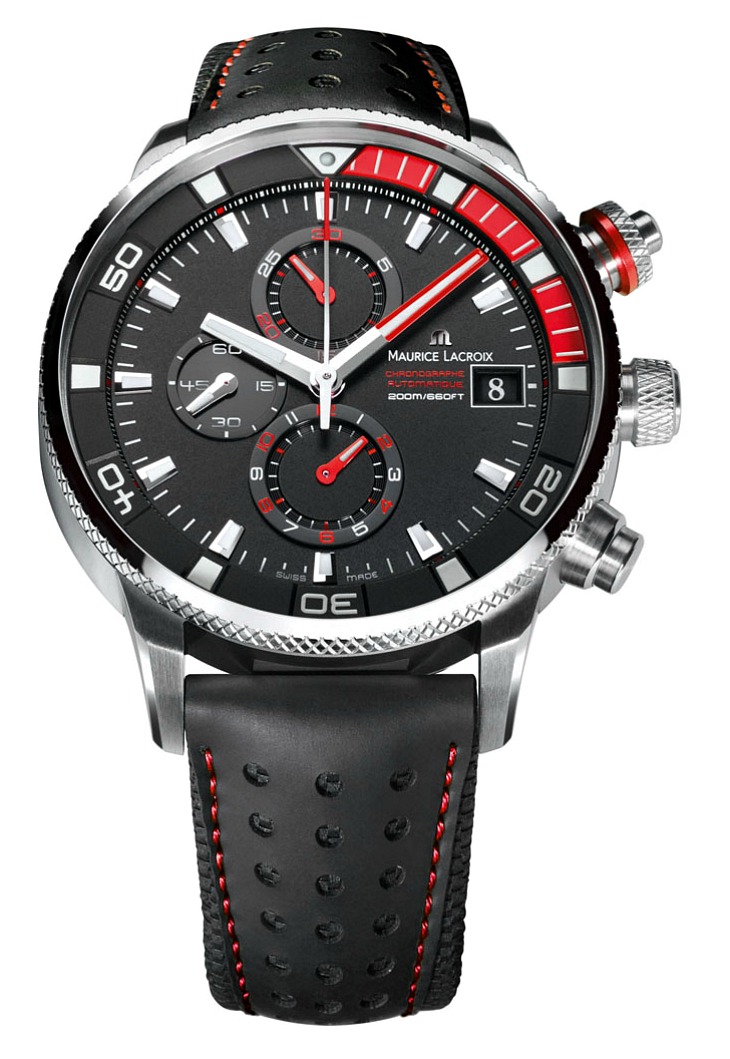 In 2009 Swiss ETA began to release a new family of mechanical movements intended for larger sized watches. Larger than the Valjoux 7750, the Valgranges functional equivalent is the caliber A07.211. To put things into perspective, while the 7750 is just under 30mm wide, the A07.211 is just under 37mm wide. That extra 7mm helps it have more spread out subdials and can take larger hands. It also fills the case in a more satisfying manner. As of 2014, finding the various Valgranges family movements is still rare, and it is interesting to see them pop up for the new Pontos S Supercharged collection. The movement still operates at a 28,800 bph frequency, and has just a bit more power reserve of 46 hours.

The Pontos S Supercharged case will come in steel (with red trim) but also have a PVD black version (with yellow trim). Water resistance is once again 200 meters and it will have a domed AR coated sapphire crystal. The straps seem to mix perforated leather with textile for a pretty cool look. If you have been looking for a larger good looking sport watch and 48mm wide is your sweet spot, then the 2014 Maurice Lacroix Pontos S Supercharged might be your thing. mauricelacroix.com