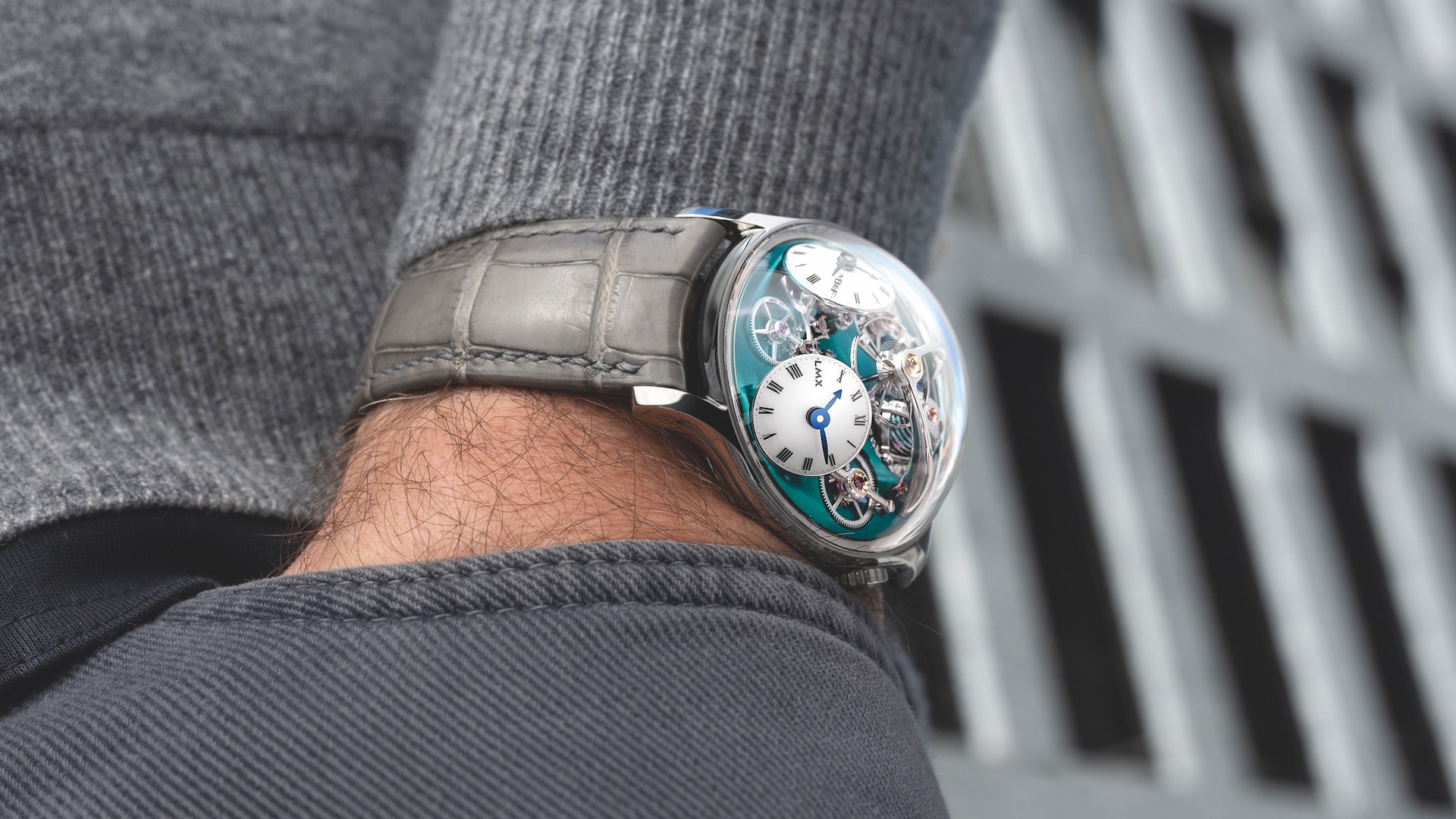 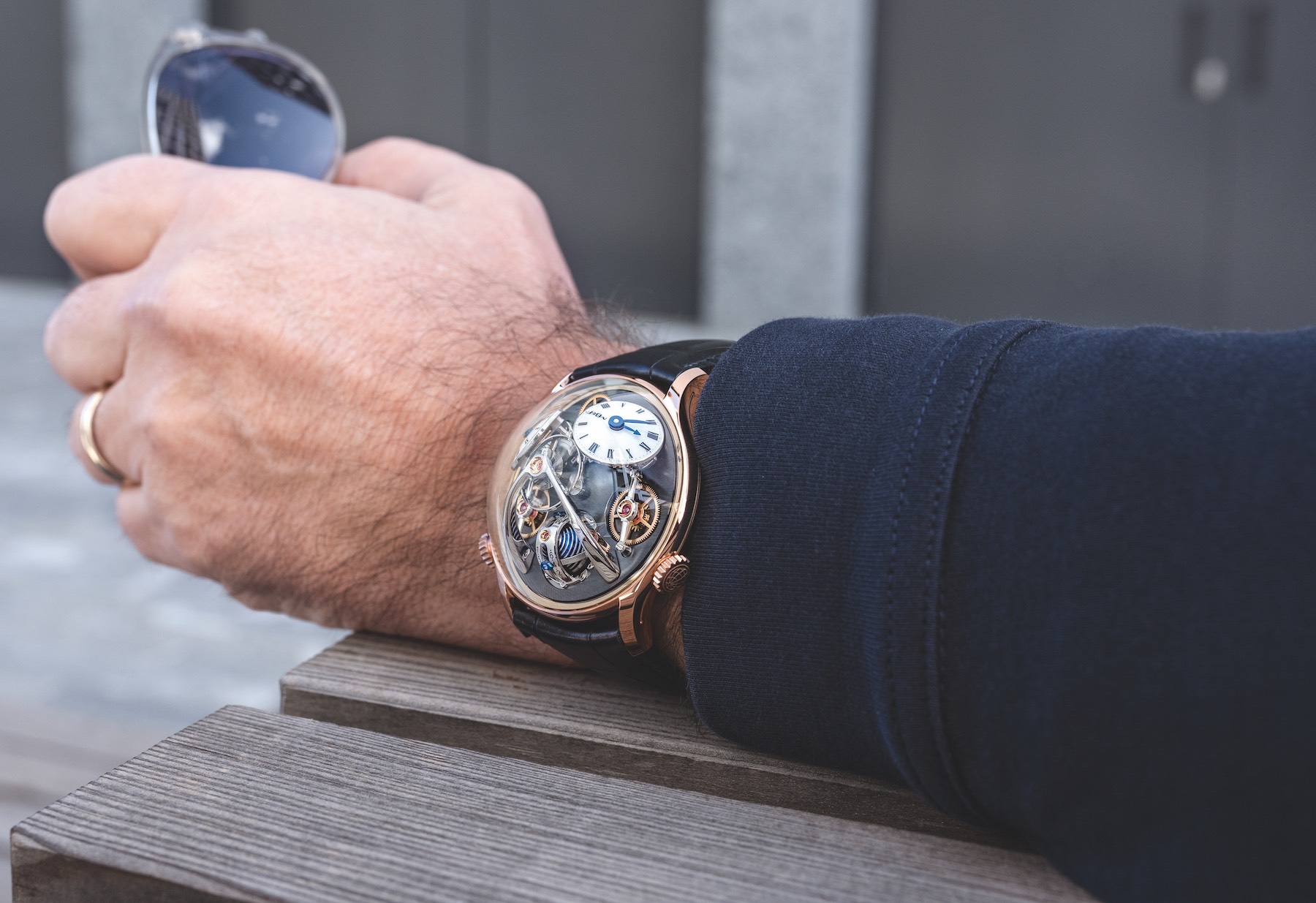 When MB&F released the first Legacy Machine in 2011 it just seemed a bit…well, normal. After half a decade producing its funky Horological Machines like the HM3 or HM4 (of which you can enjoy the now-11-year-old aBlogtoWatch hands-on here and here). The “traditional” mainstream Legacy Machine 1 would mark a turning point for the brand and draw a much broader group of collectors. Now 10 years and eight Legacy Machines later, MB&F announces the LMX, which takes the original Legacy Machine from 2011 but pushes it further by applying all the advancements and developments picked up in those years. The result is a Legacy Machine that ups the creativity by embracing three-dimensional design while still being a symmetrical work of horological art. 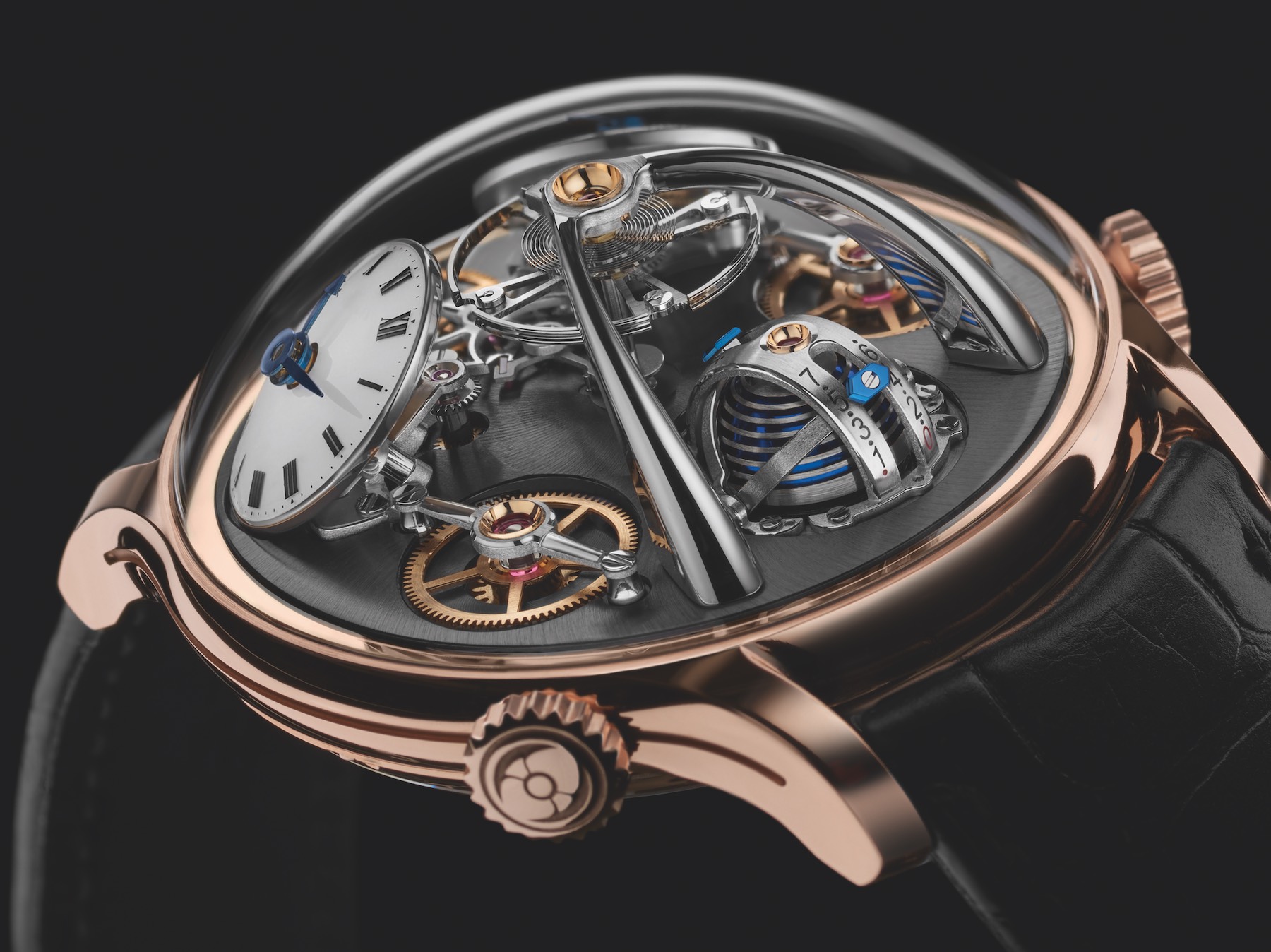 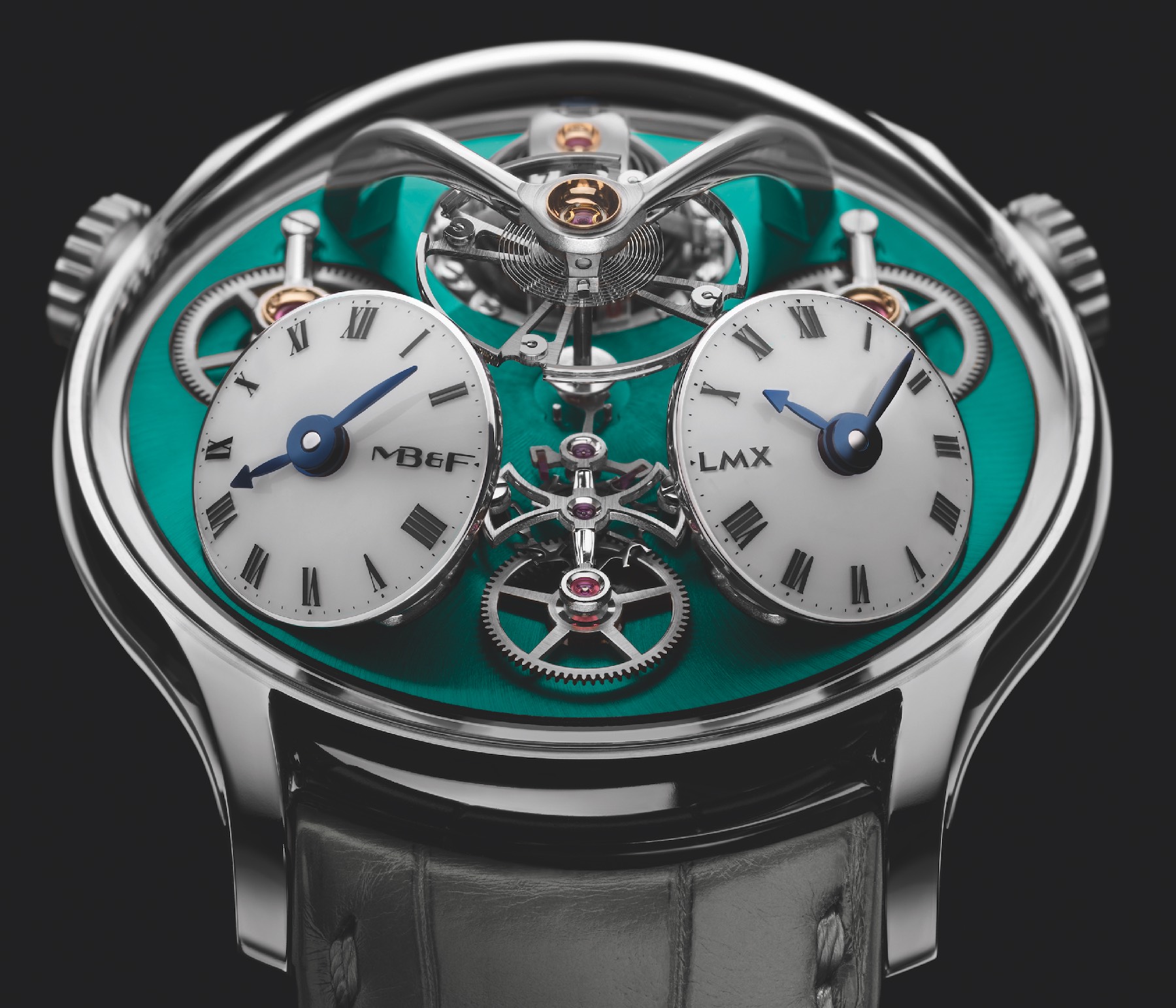 The LMX has the same basic layout as the LM1, as a dual-time zone display with twin dials controlled by two crowns on either side of the case. The white lacquer dual time zone dials are now presented at an angle rather than laid flat on the dial, which is reminiscent of more recent MB&F creations like its Moser collaboration Endeavour Cylindrical Tourbillon or Thunderdome. I may be wrong, but I believe the diamond-studded Flying T was the first watch MB&F used a slanted dial on. The use of conical gears allows power to be sufficiently transferred to these vertical dials on the LMX. You’ll also notice that while previous LM1 models didn’t show off too much of the movement mechanism, the LMX makes the gear train and that axe-shaped escapement bridge right up there with the main attractions. 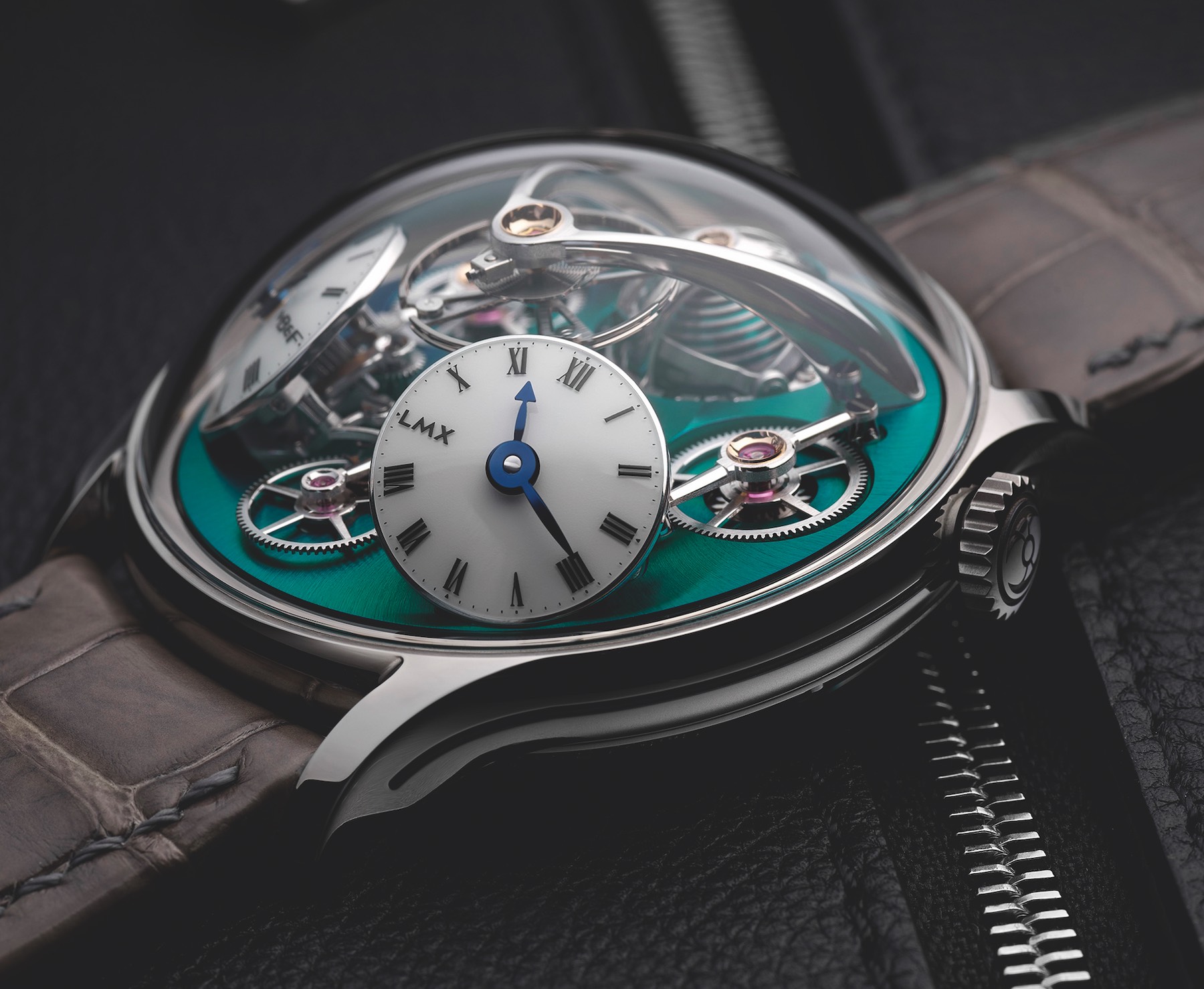 The crown at 10’clock is used to set the time on the left dial and the multifunction (more on that soon) crown at 2 o’clock sets it on the right dial. The rotating gear in between the two time zone dials acts as the common running seconds wheel. The balance wheel is also new and I believe a little smaller at 13.4mm (LM1 was 14mm, so not a huge difference), switching out the old screwed balances for inertia blocks that you can spot in several of the photos. 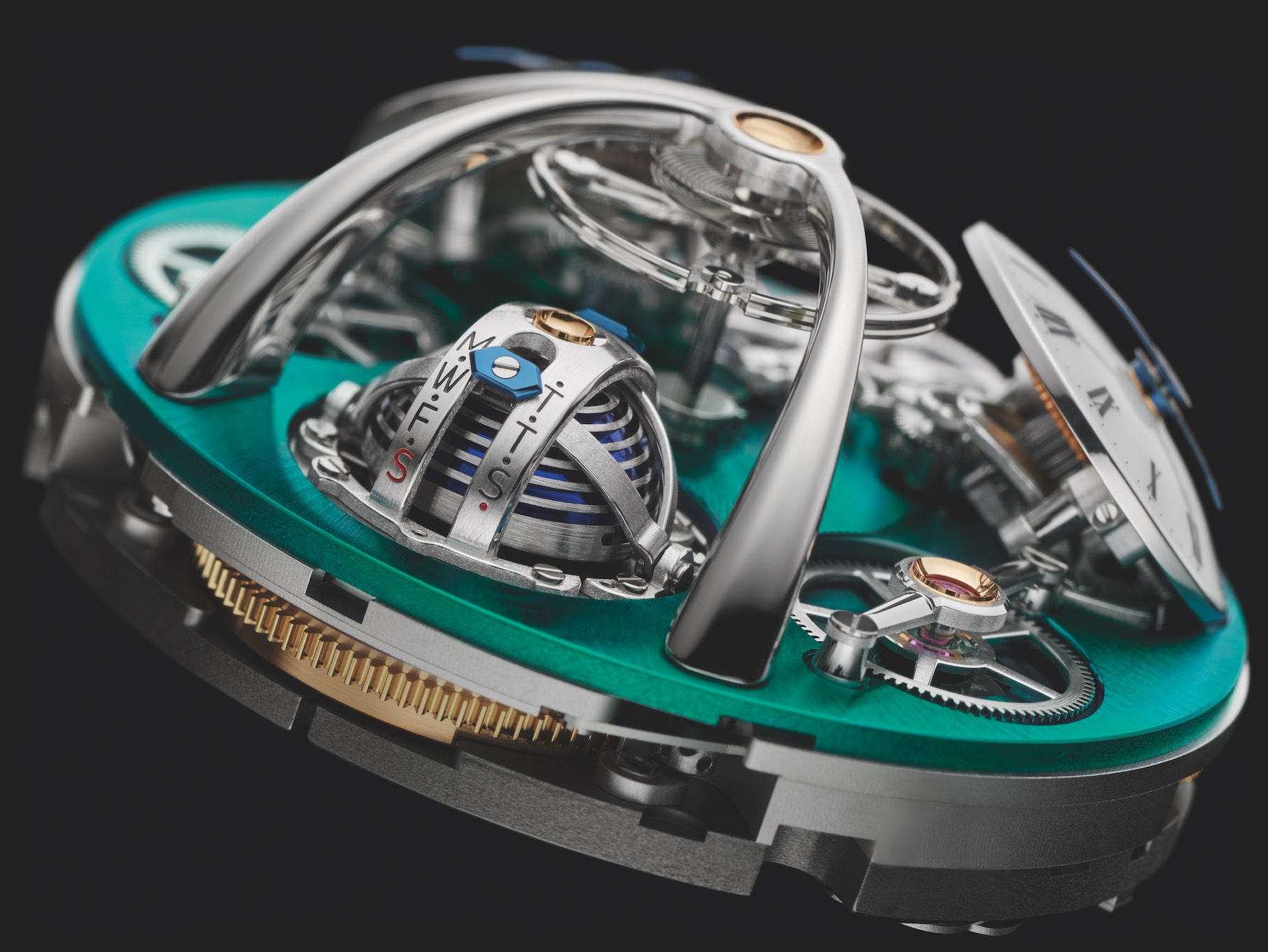 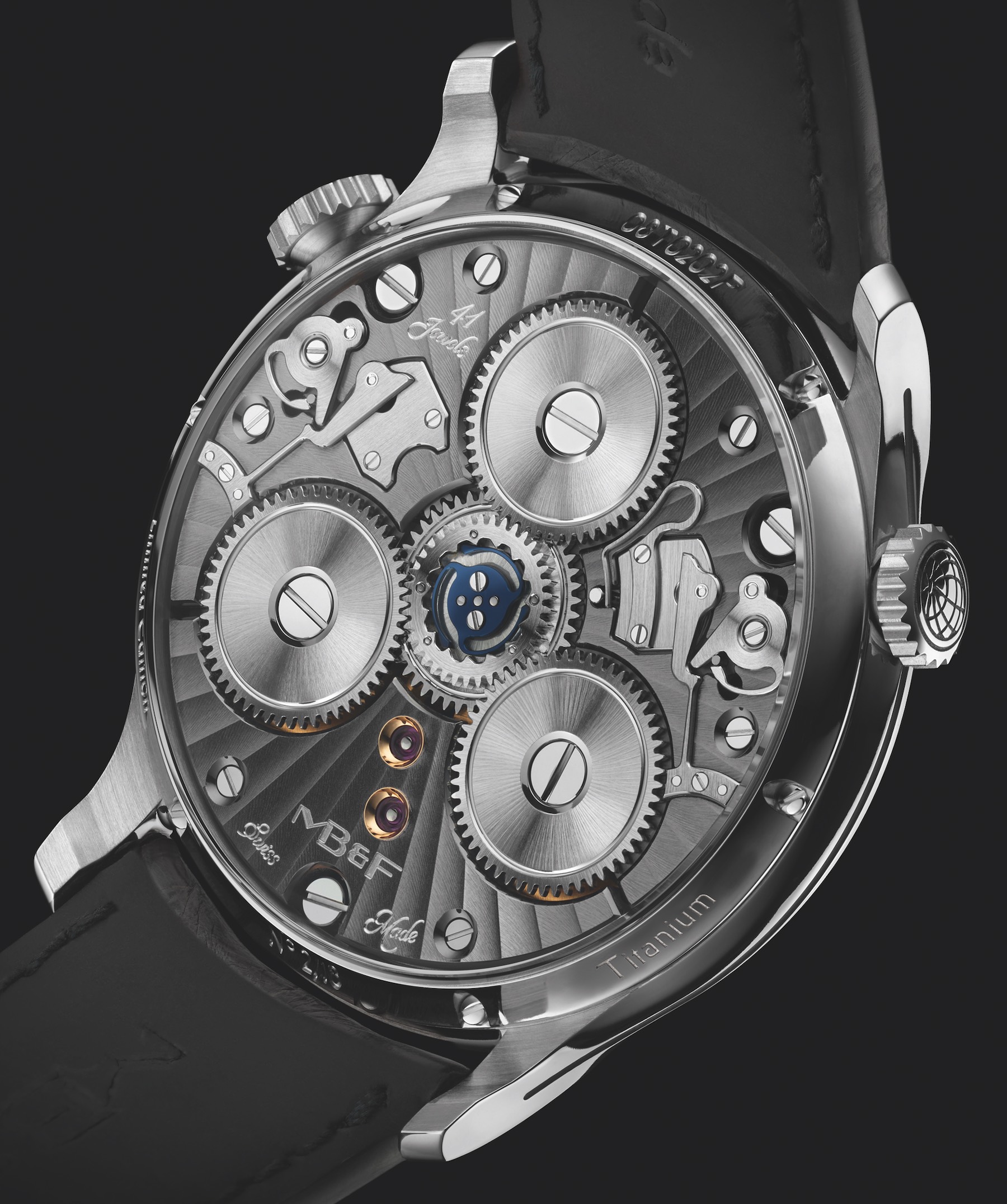 Looking at the caseback shows off three barrels and what looks to be beautiful sunray Geneva Stripes along with the charmingly old-school gold chatons. Comprised of 367 components and operating at 18,000 vph, this new 165-hour power reserve movement is a testament to the growth and development at MB&F in the past decade. 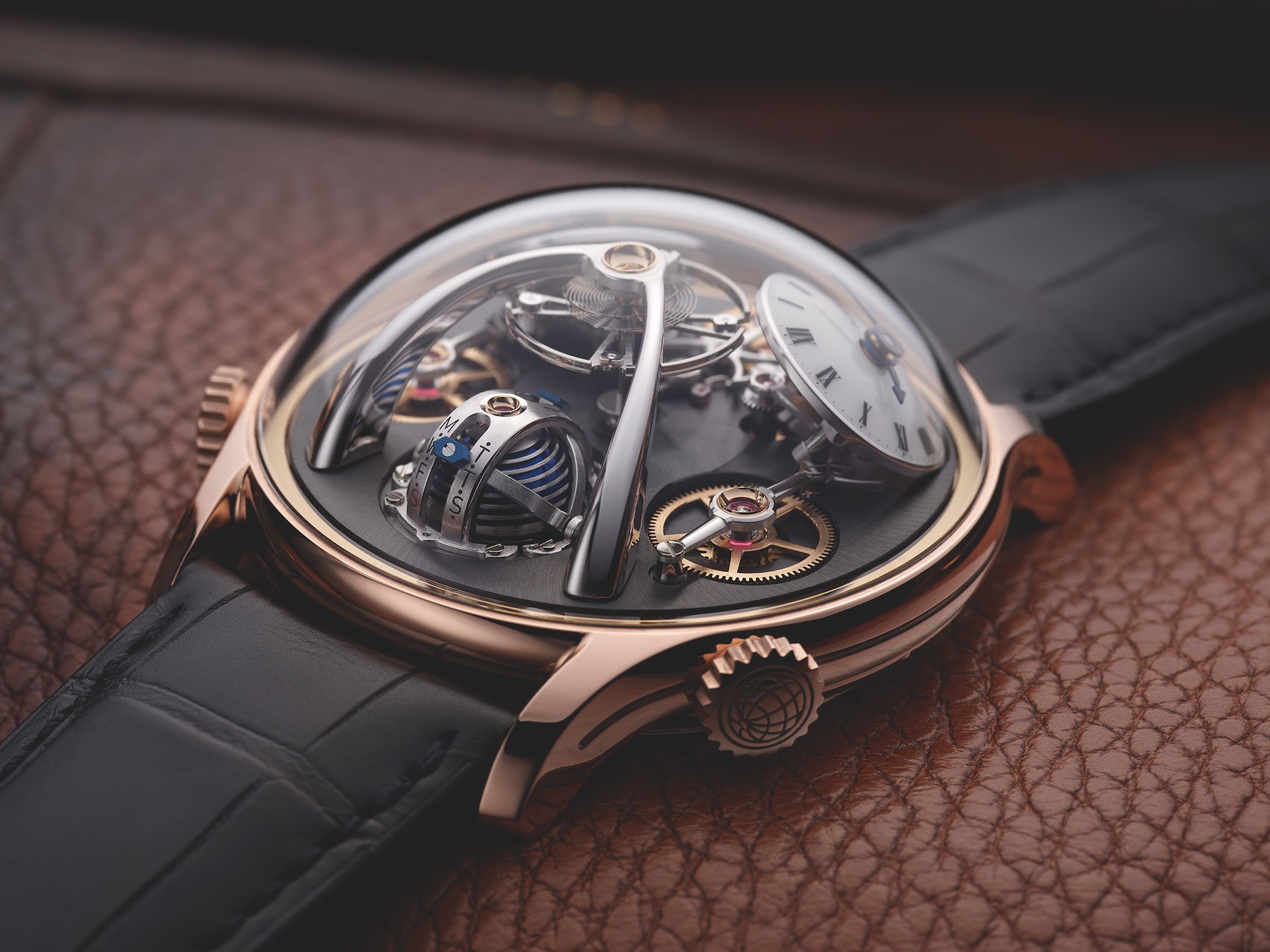 Measuring 44m-wide and 21.4mm-high with that domed sapphire, the MB&F LMX will come in red gold and titanium. The red gold variant has a black NAC treatment on the bridges and plates on the dial, while the titanium model is done in a green CVD. Both look stunning in the renders, and I’ve got no doubt they’ll live up in the metal.