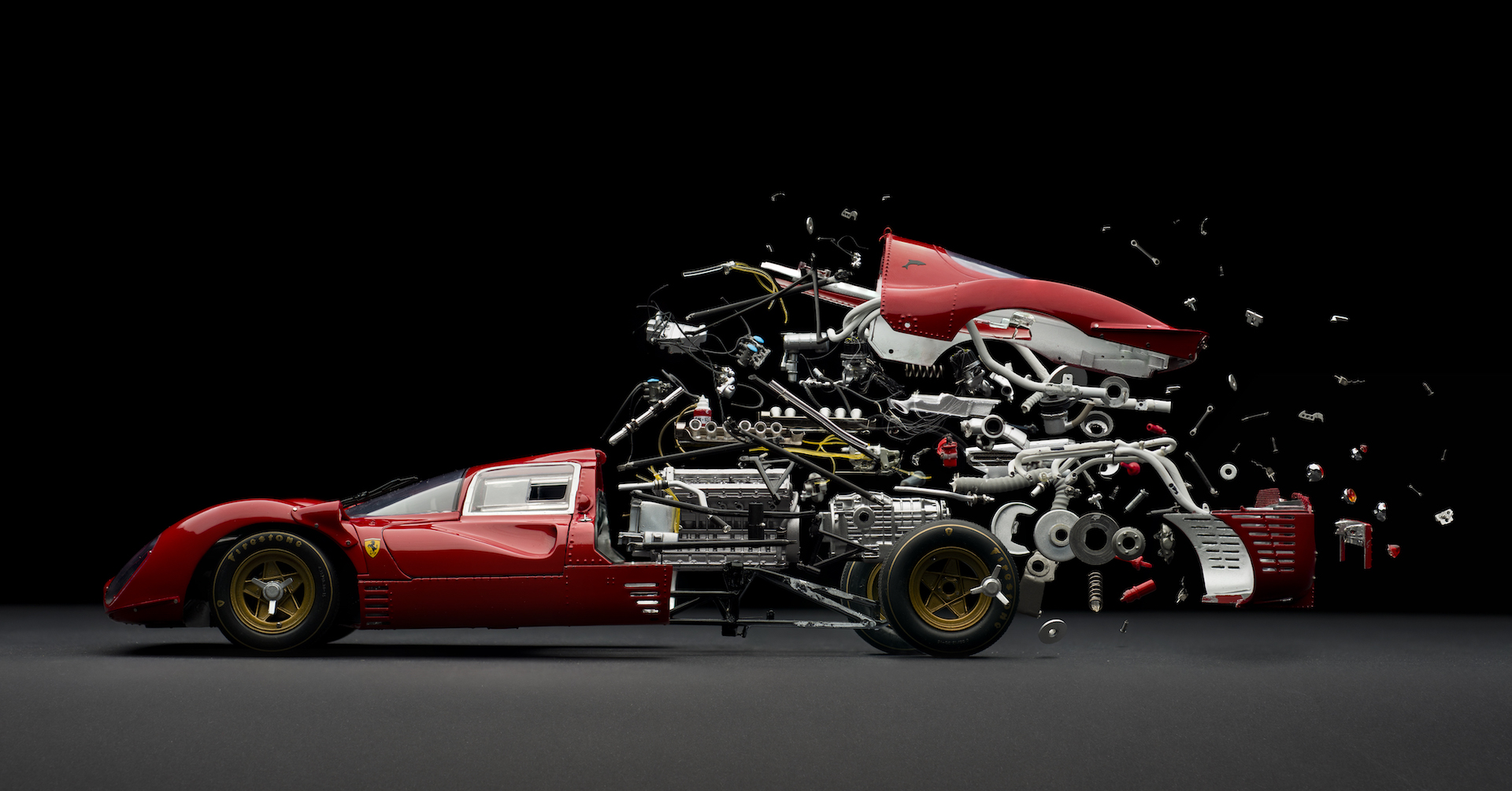 Method In The Madness: An Introduction To Max Büsser’s M.A.D. Gallery

M.A.D. stands for “Mechanical Art Devices,” but it is also a take on the Mel Gibson character in the film Mad Max — a connection perpetuated by the name of MB&F’s latest piece, the Thunderdome — conflated with the name  of the company and gallery founder, Max Büsser. Is there madness in there somewhere? Only in a good way. Büsser’s watch brand, MB&F, needs no introduction. Its offbeat, completely unique interpretations of mechanical timekeeping include watches that resemble spaceships and clocks that move like jellyfish or spiders. They are fun, sometimes scary, always fascinating and never ordinary. Despite their endeavor to entertain and amaze, the level of finishing and horological craft raises them above the level of being gimmicky to the level of art. 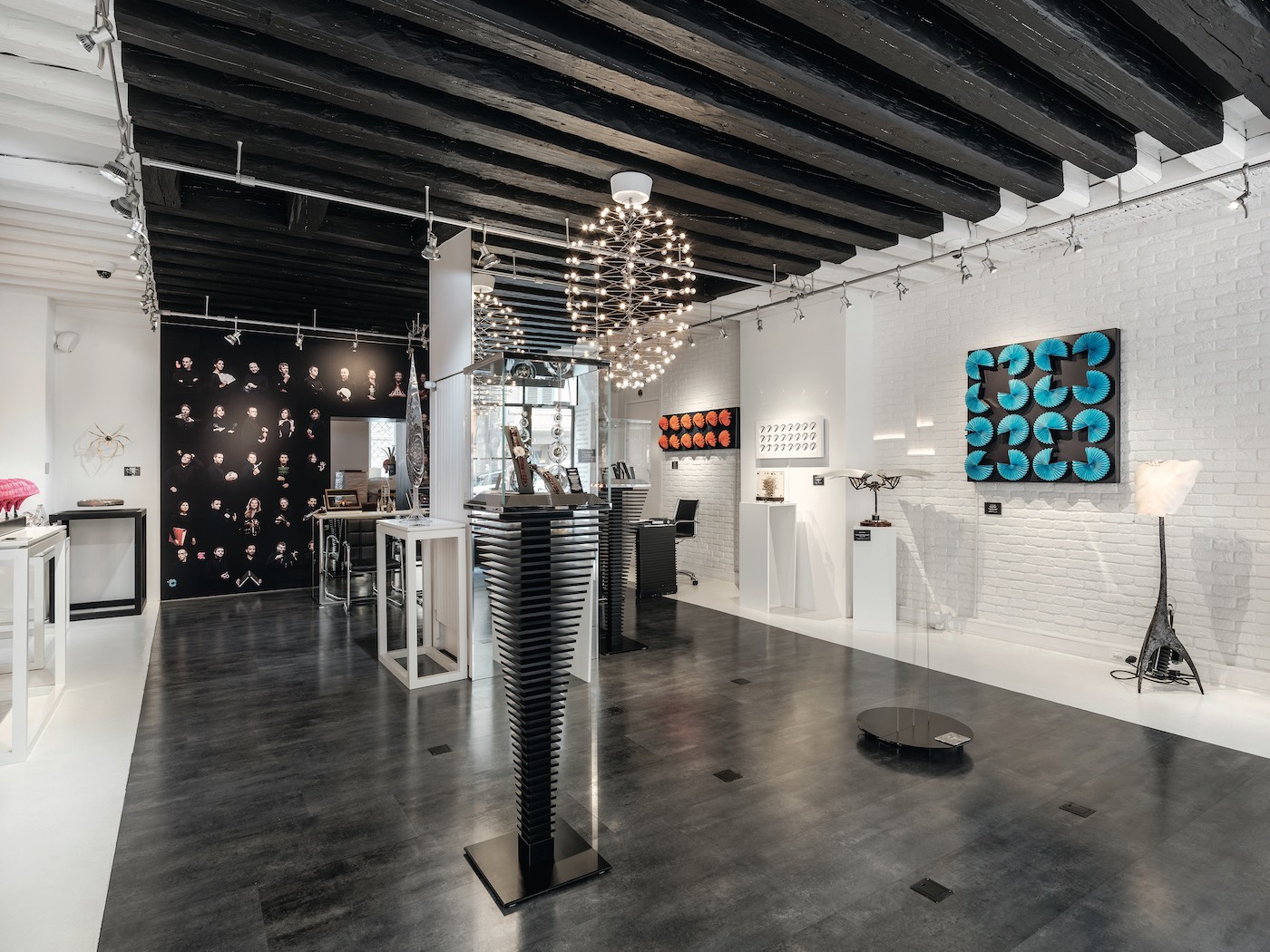 The same can be said for the pieces in the M.A.D. Gallery, all of which move or illustrate movement in some way that is out of the ordinary. The kinetic energy in the gallery reveals Büsser’s love of mechanical devices and the nitty-gritty of what makes things work. And yes, there is an element of madness in the gallery as well.

Take the mechanical art of Swiss artist Fabian Oefner, who is based in New York City. His “Disintegrating” series of photographs of iconic cars is staged to make the cars look as if they have been blown apart. Creating the elaborate exploded views is a long process. First, he sketches on paper where the individual pieces should be posed. Then he takes apart model cars piece by piece, including over 1,000 components from body shell to screws, and arranges each one for a photograph. He creates the final print by blending over 2,000 individual images together in Photoshop. It can take two months to create an image that looks like it was captured in a fraction of a second. 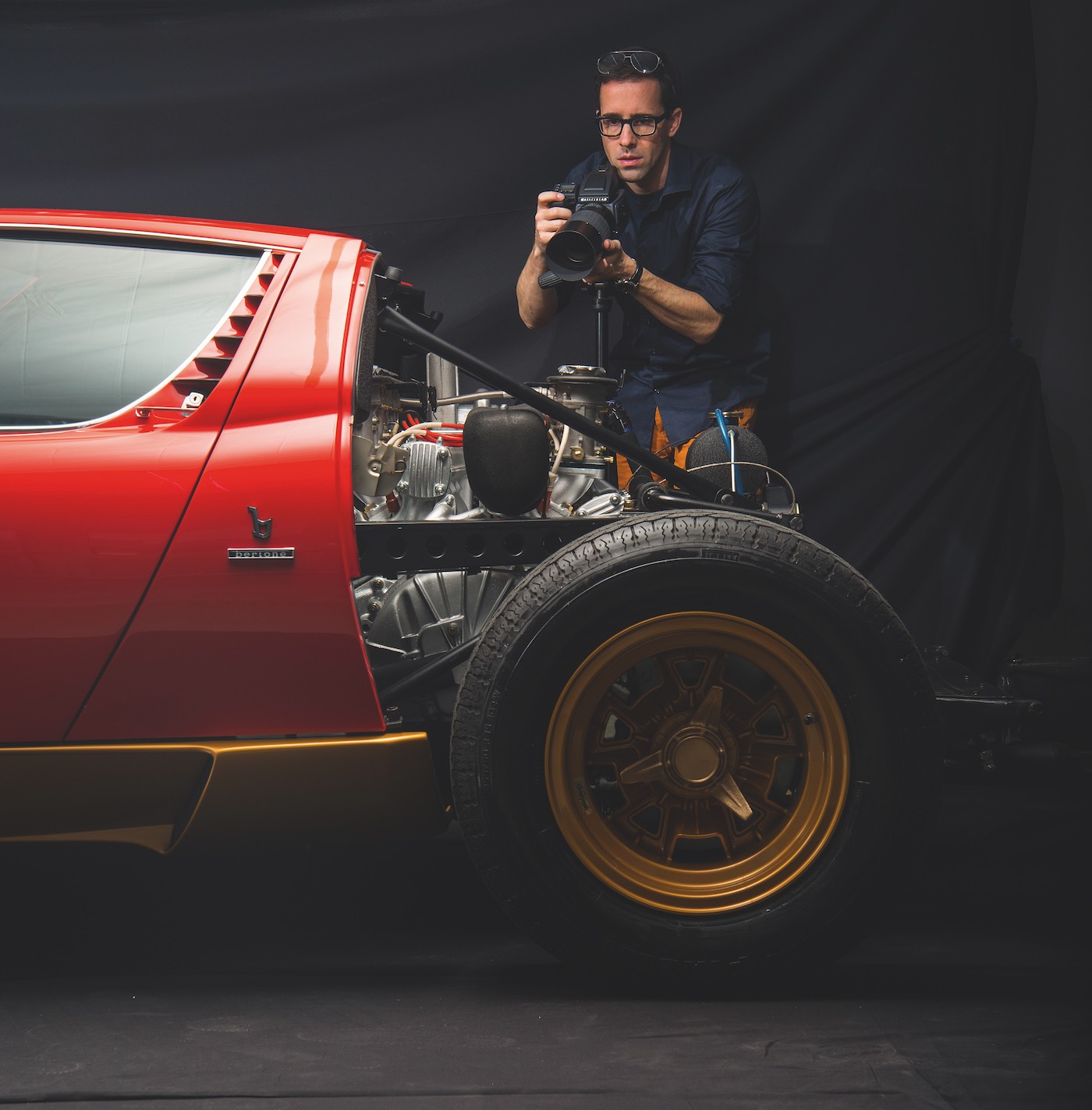 His latest project involved taking apart a real car, a 1972 Lamborghini Miura Super Veloce, and posing it with its components. The opportunity arose when the car was being restored, and its owner, a friend of the artist, invited Oefner to set up his cameras in the factory and shoot the components as they were removed. It took two years and over 2,500 photos to create the final print. 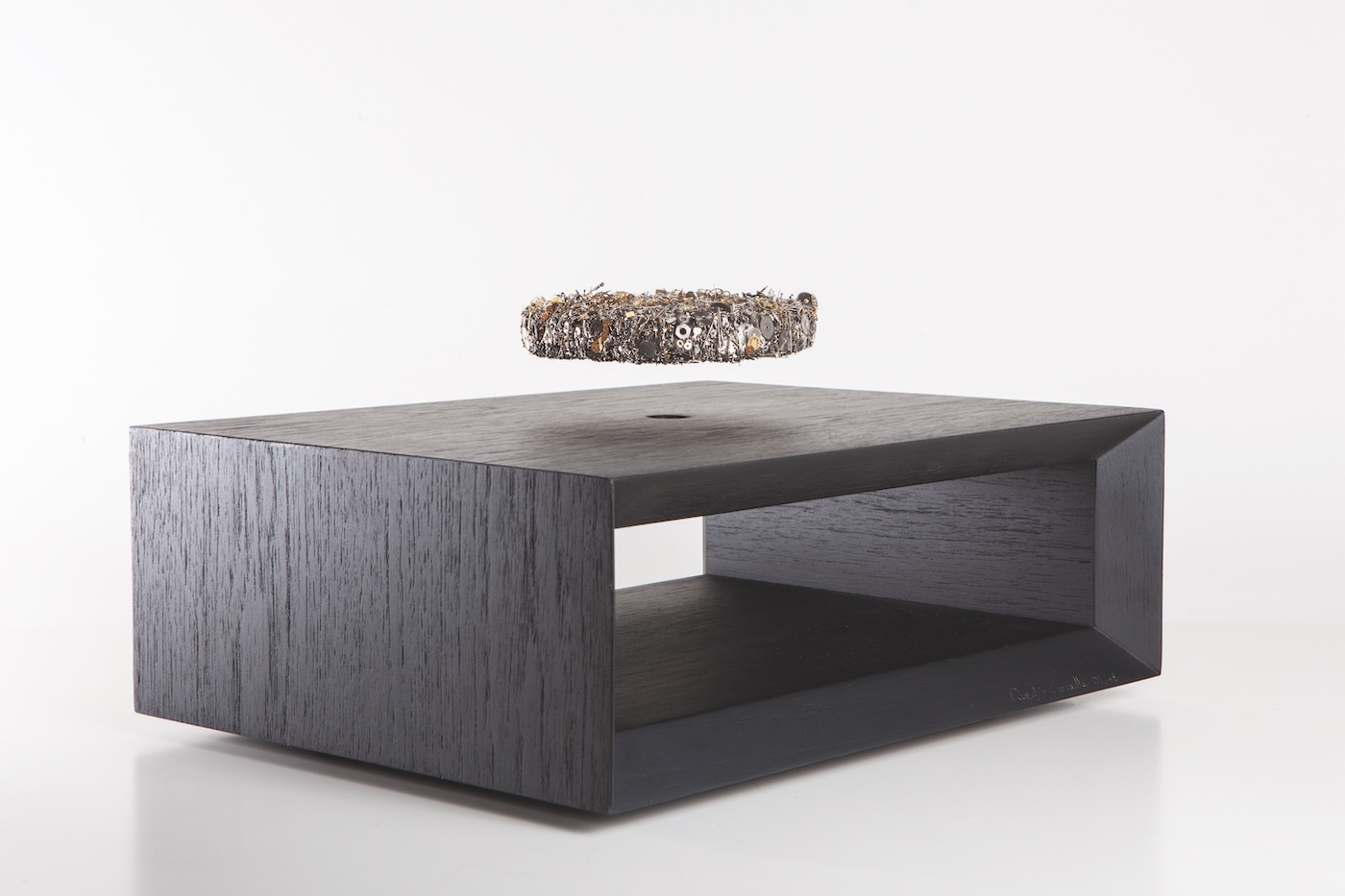 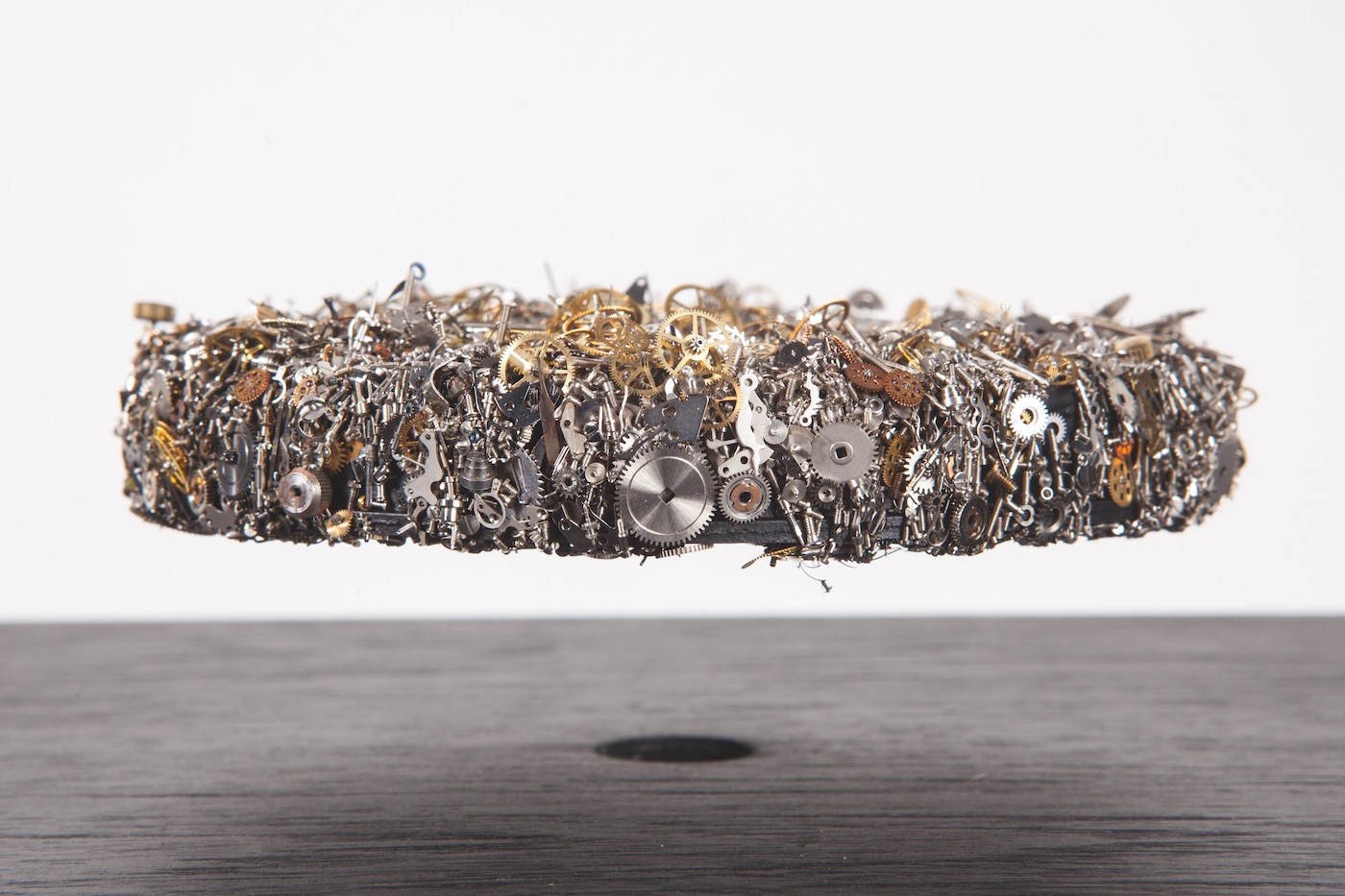 Artist Quentin Carnaille creates similarly exploded views of components, but he uses watch movements to tell his story, and his medium is sculpture rather than photography. While studying architecture, Carnaille created a pair of cufflinks as a gift for his father by using components from two mechanical watch movements from the 1930s. Following that, he moved on to larger scale sculptures. “Apesanteur” (Zero Gravity), for example, is a disk-shaped sculpture that levitates, like a star or planet. It is made of thousands of tiny mechanical watch and clock components that Carnaille sourced from watchmakers and antique dealers. It levitates and rotates via a powerful magnet positioned in a wooden base. 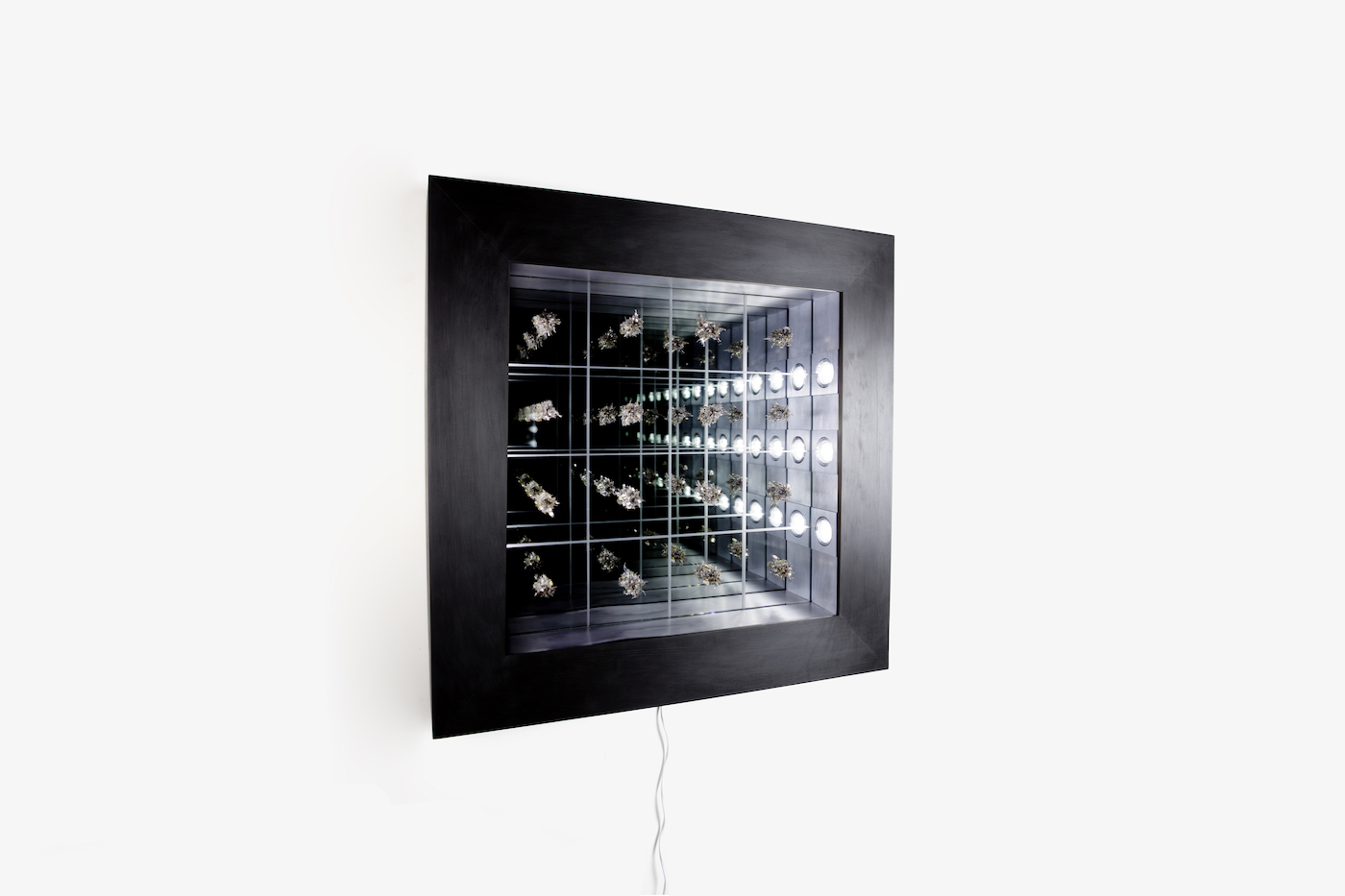 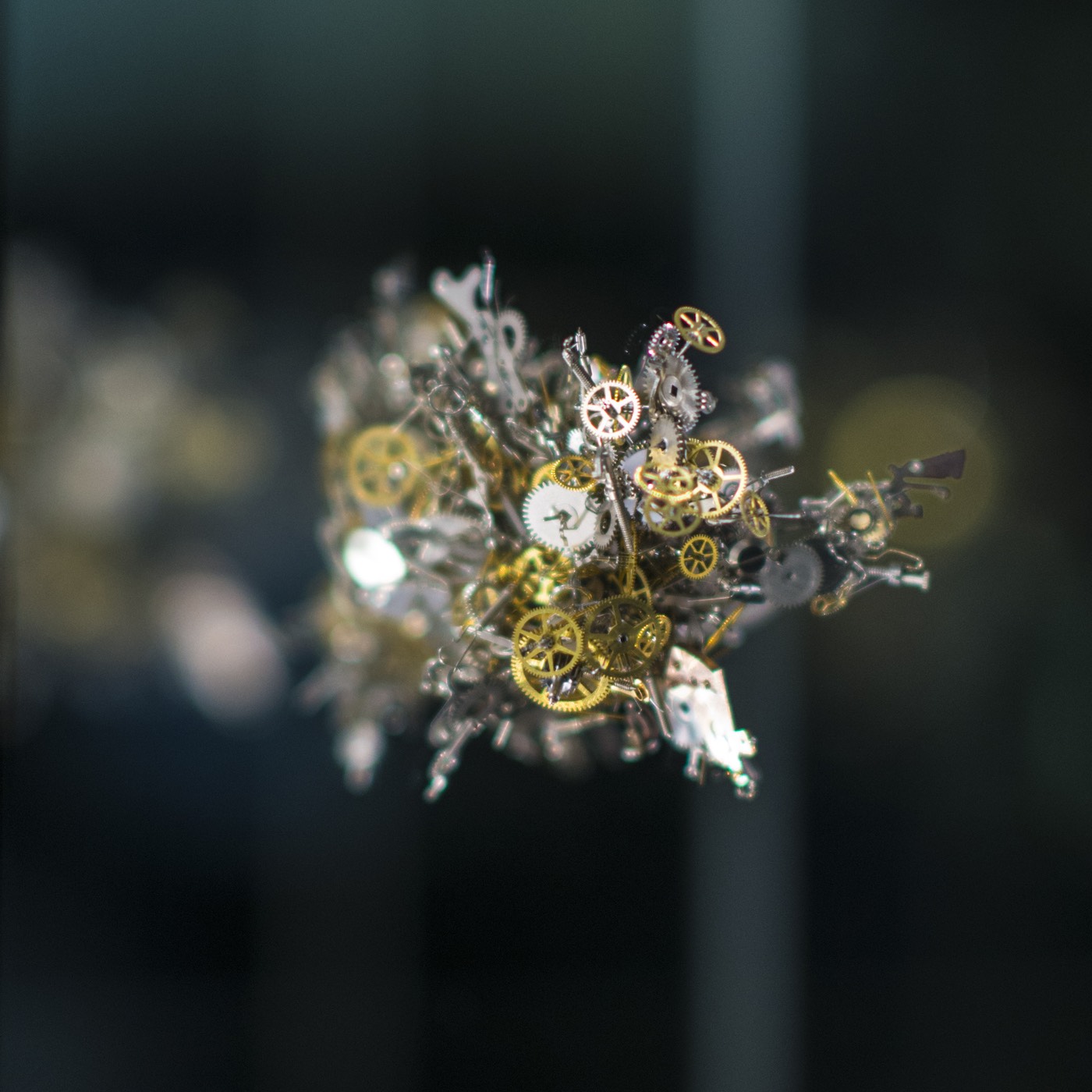 Another work of Carnaille’s, “Infini” is a work consisting of 16 smaller watch component sculptures, also controlled by magnets, that float inside a complex framed box. 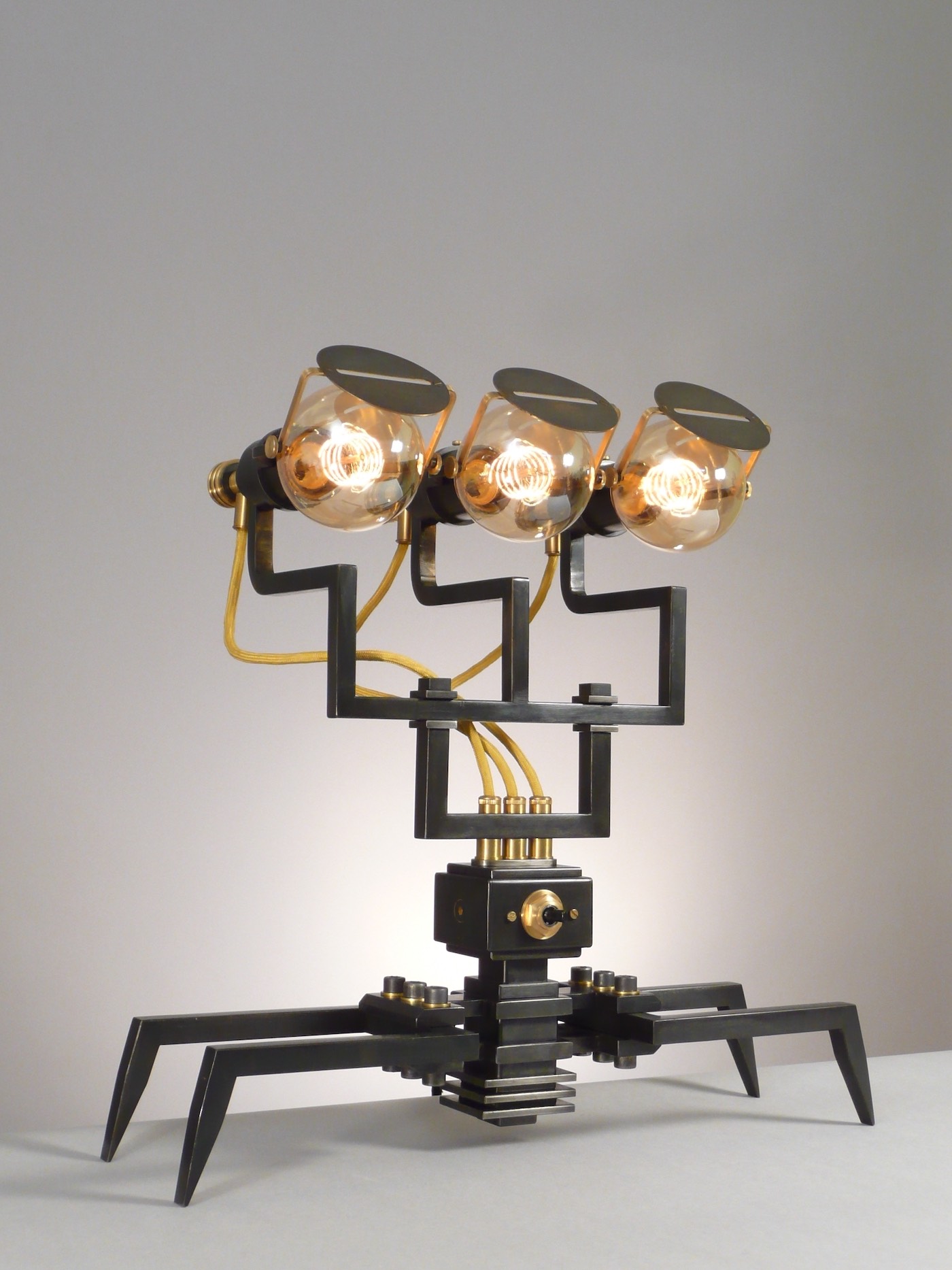 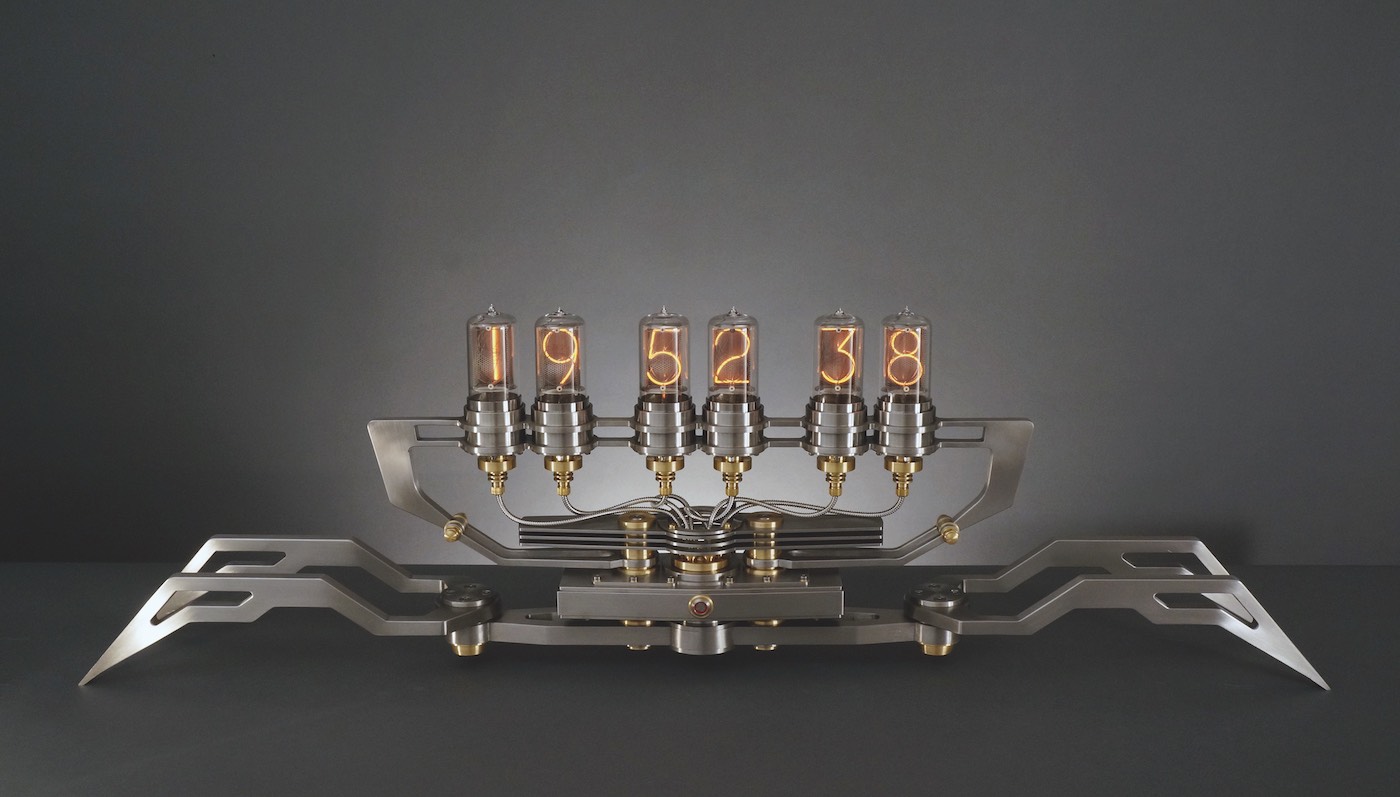 Frank Buchwald’s take on the mechanics of time involves light combined with sculpture. Büsser says his “Machine Lights” creations “typify the mechanical-artistic excellence that forms the cornerstone of the M.A.D.Gallery.” After studying design at the University of Arts in Berlin, Buchwald worked as a freelance artist and science-fiction illustrator until 1993 when he turned his attention to designing and manufacturing metallic furniture, then, gradually, to metallic lights. The Nixie Machine II, one of his latest works, repurposes 1950s Nixie tubes, also known as cold cathode displays, to light up the time. “Frank creates machines that give light,” says Busser. “His craft transcends a practical purpose and his creations well and truly assume the status of artworks.” 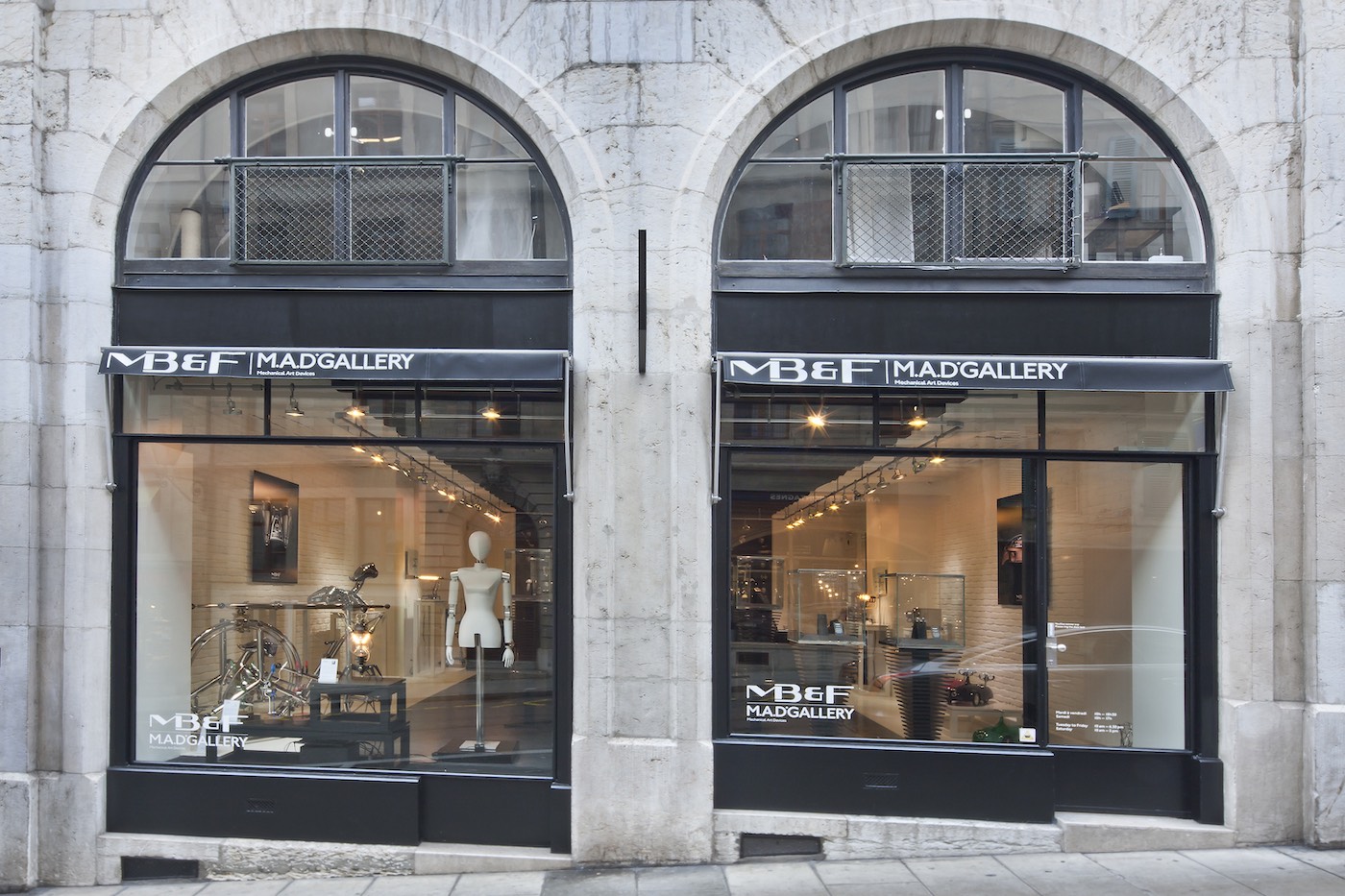 It is easy to see why the M.A.D. Gallery has become a go-to destination spot in Geneva’s old town, and now there are galleries in Dubai, Taipei and Hong Kong as well. For more information about the works of art at M.A.D. Gallery, please visit madgallery.net.