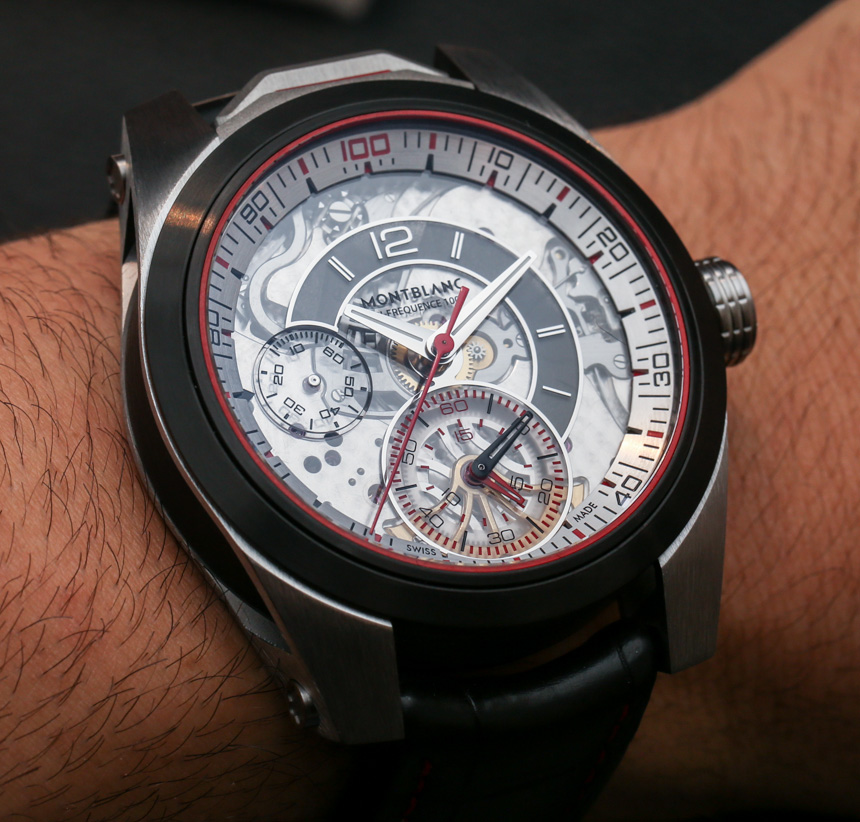 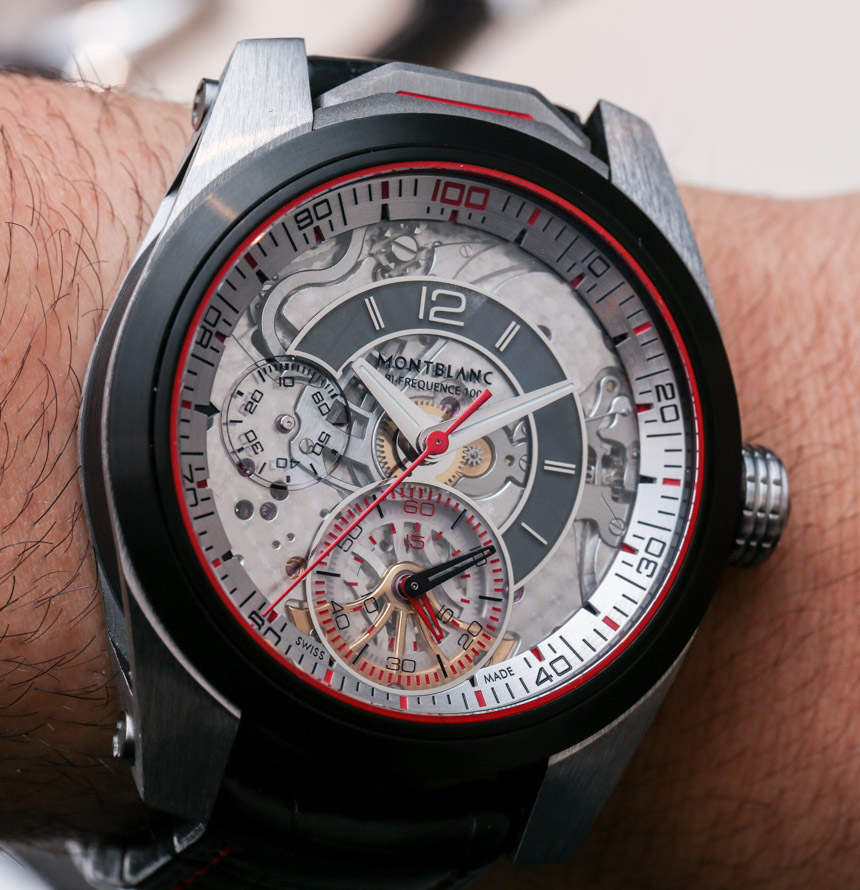 One of Montblanc’s new timepieces for SIHH 2014 was this Timewalker Chronograph 100. In addition to quite literally being a rare breed of watch, the Timewalker Chronograph 100 is also part of a genre that is almost non-existent this year. That genre would be the “concept watch,” which I define as a limited production timepiece with an experimental design whose sole purpose is to spark conversation and purchase by select collectors. The SIHH watch trade show this year was almost completely devoid of them, but here is one that shows off what this type of timepiece is really supposed to be all about.

A “concept watch” is a lot like a concept car – but the difference is that it is actually produced and sold (for the most part). For much of the 2000s watch brands would produce interesting and unique designs that often heralded new materials, complications, and production techniques. Then, a few years ago during the financial crisis, the debuting of new concept watches quickly began to stop. Of course, these are expensive to engineer and produce, and are less about making money than they are about branding and acting as “media bait.” Meaning “bait” used to capture media professionals such as ourselves to cover brands in ways we might not otherwise consider. True enough, when it comes down to it, concept creations are about showing what a brand can do and offering people like us something really interesting to talk about. Like it or not, the Timewalker Chronograph 100 is just that type of watch. 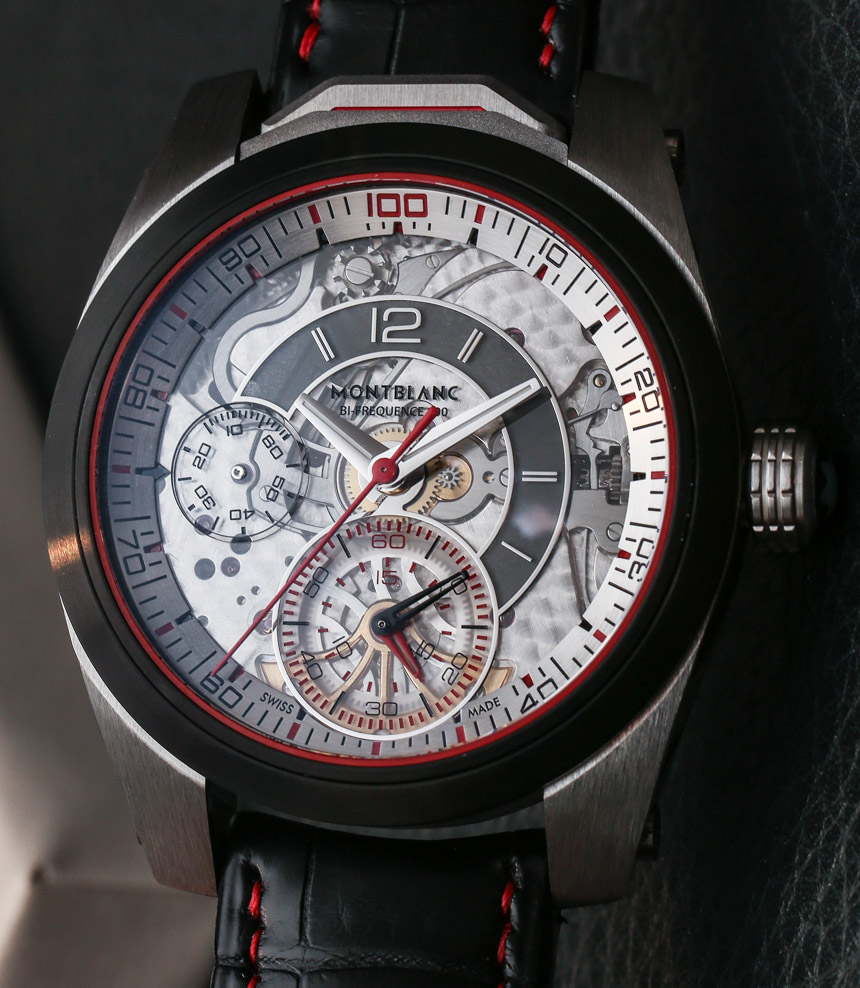 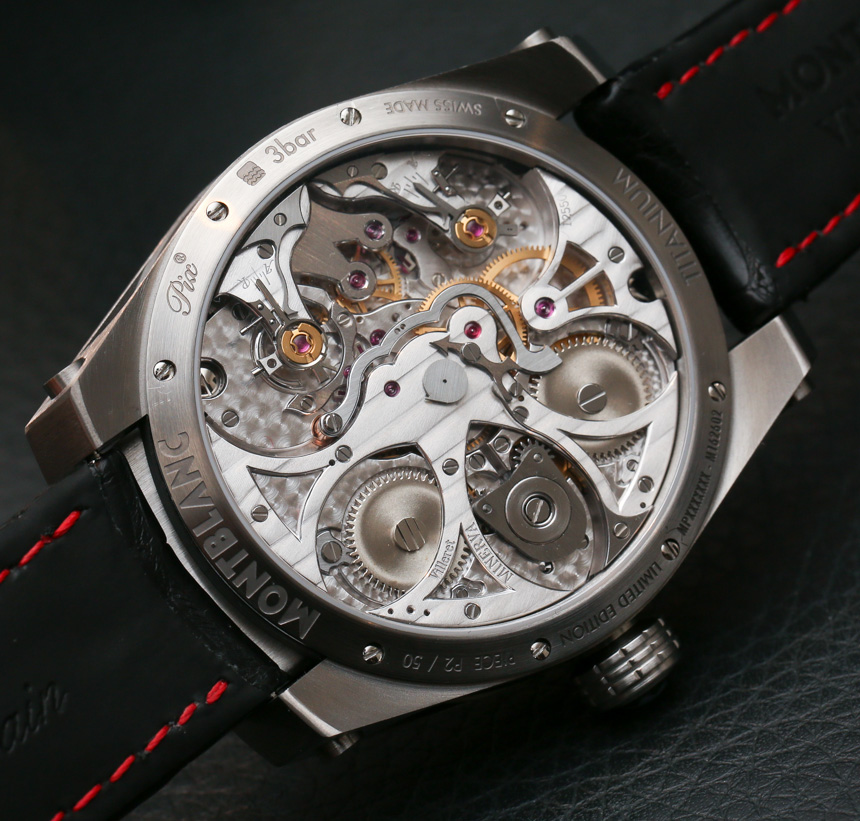 Unfortunately, the Timewalker Chronograph 100 doesn’t break too much new ground technically. It features a 1/100th of a second chronograph build using a slightly novel architecture compared to some of the others before it. TAG Heuer has been spending a lot more time than Monblanc impressing people with high frequency ultra precise chronographs over the last few years. Having said that, both brands have a lot of focus on “the chronograph.” In 2011 TAG Heuer released the Mikrograph (hands-on here) that was the first mechanical wrist watch to have a 1/100th of a second chronograph with a central seconds hand. The Timewalker Chronograph 100 follows suit, but in a slightly different manner.

What most of these high-frequency chronographs have in common, is the use of two balance wheels. One of them operates at a “normal” rate used to indicate the time, and the other operates at a very quick rate which allows the chronograph to measure down to the precision required to indicate 1/100th of a second intervals. So, in the Timewalker Chronograph 100, the time is regulated by a steady 2.5 Hz 18,000 bph balance wheel, and the chronograph relies on a much faster 50 Hz (360,000 bph) smaller balance wheel. The latter only operates when the chronograph is working and uses much more power. If it ran all the time it would likely quickly wear itself out – you just can’t expect metal parts to put up with that type of abuse for too long. 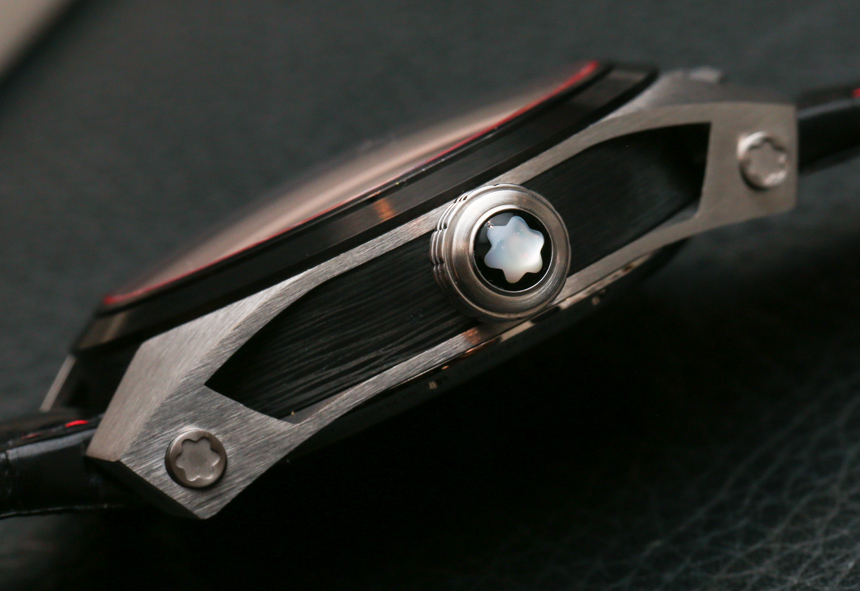