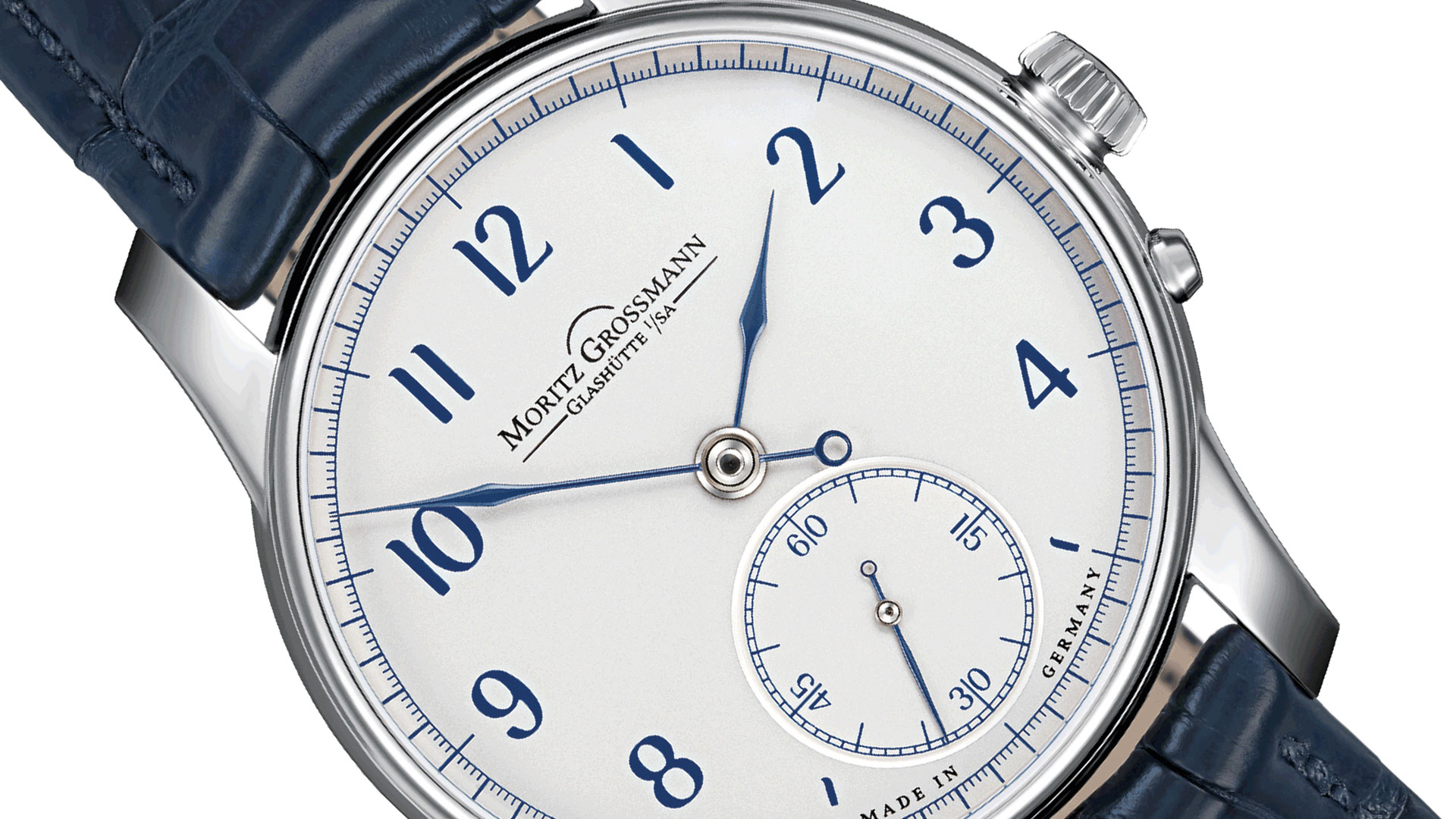 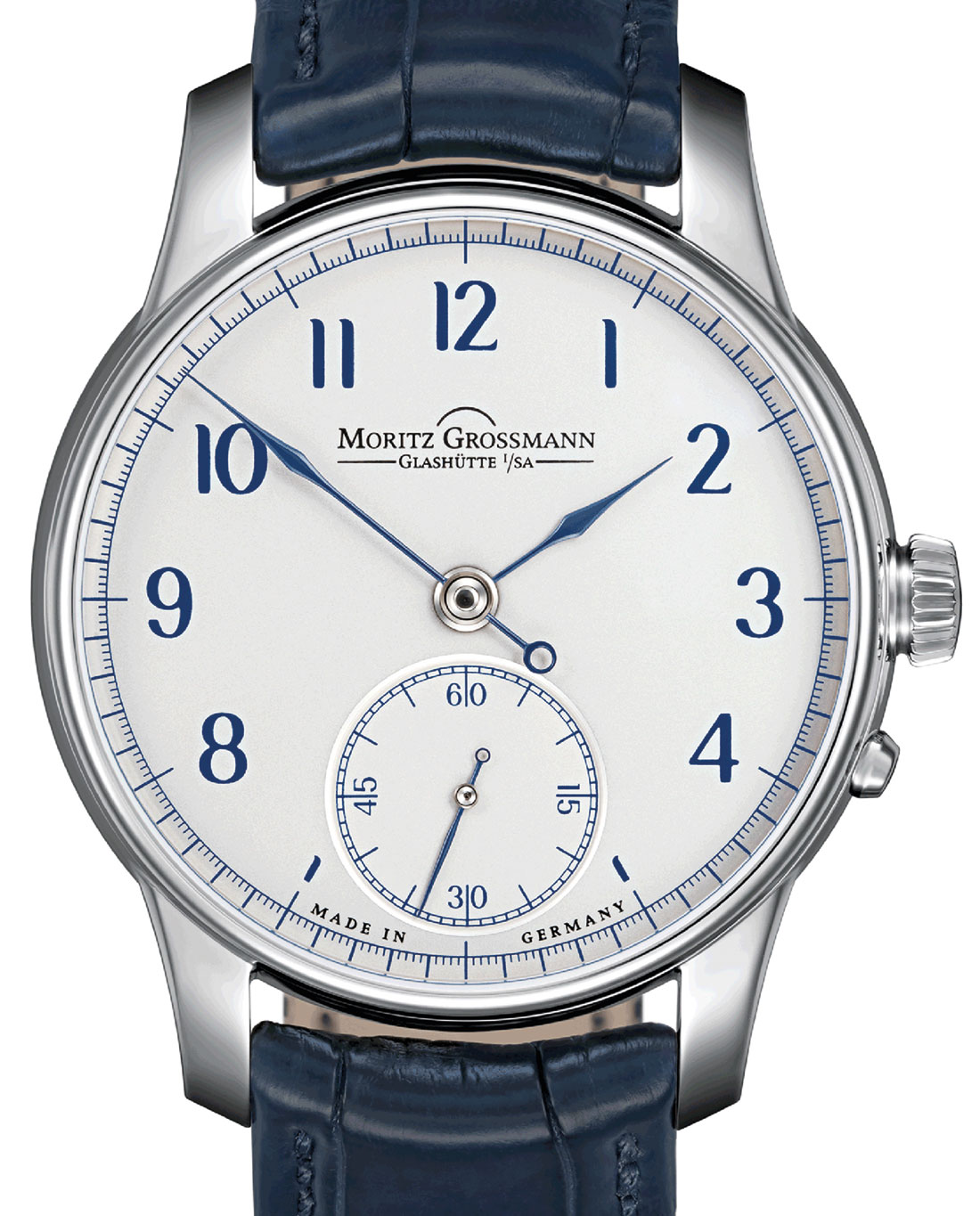 High-end watchmaking can be said to come in two forms. The first is obviously in the form of complications and complex movements. Think multi-axis tourbillons, double-split chronographs, grand sonneries, and the like. The second is a meticulous attention to detail. Think pieces like the Philippe Dufour Simplicity and Seiko Credor Eichi. To celebrate the brand’s 10th anniversary, the Moritz Grossmann Benu Blue Steel has just been announced as a special one-off piece that clearly falls into the latter camp of high-end horology.

The Benu is Moritz Grossmann’s main collection and it was named after the Egyptian deity of rebirth. A fitting name for the brand if you think about it, as Moritz Grossmann was a 19th-century watchmaker who lent his name and influence to the modern brand established in 2008. Benu is also the name of what I consider to be the brand’s signature piece. The normal production Benu is a time-only watch made to the highest standards and the one-off Benu Blue Steel is no different.

Whether the reference to the movie Zoolander is intentional or not, there can be no mistake that the Moritz Grossmann Benu Blue Steel is a watch crafted with an almost obsessive attention to detail. To stand out from the regular Benu watches, the Benu Blue Steel comes in a stainless steel case. Case dimensions are modern, you have a diameter of 41mm and a thickness of 11.35mm. Water resistance is not stated but I think 30 or 50 meters is a fair assumption. 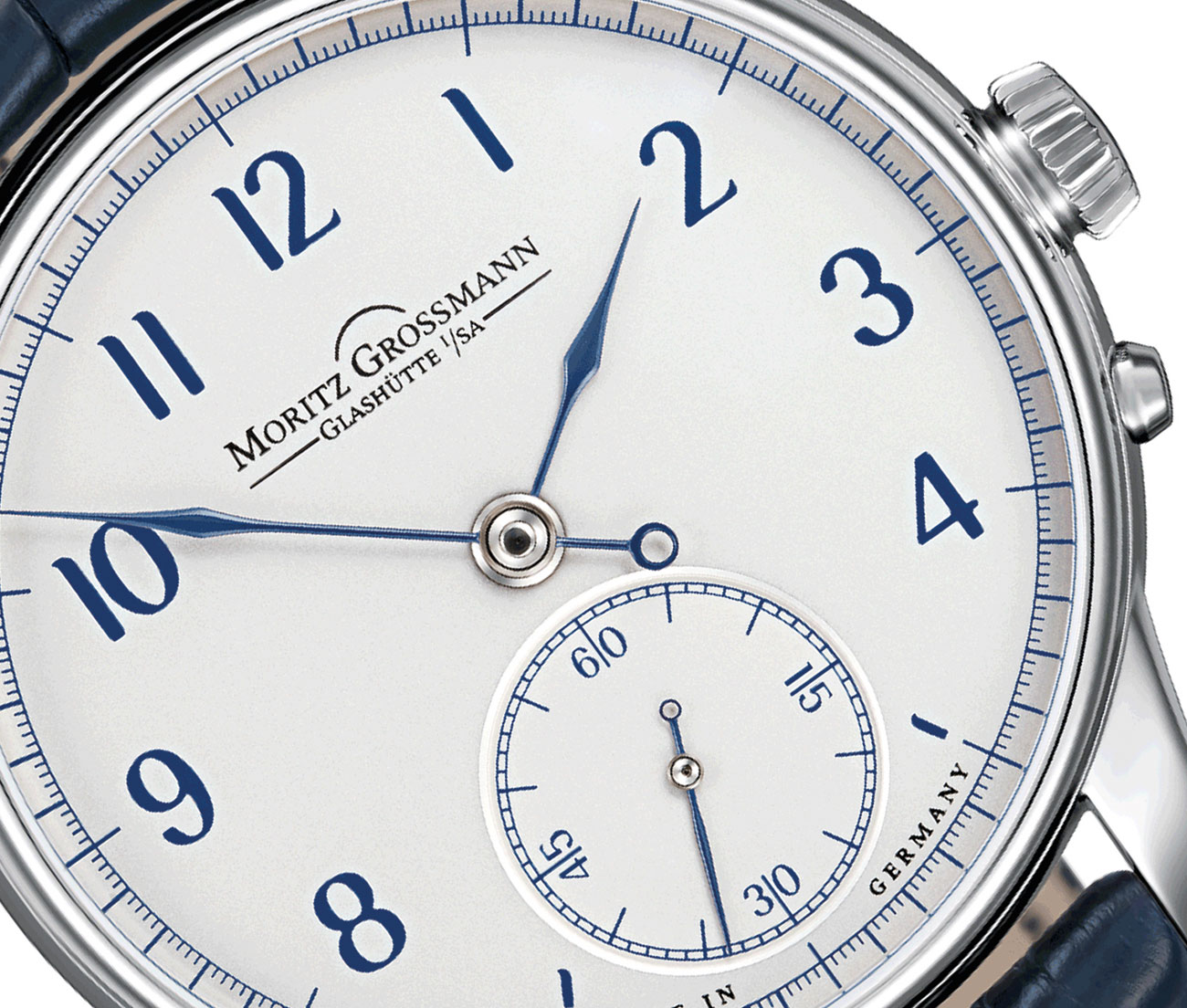 The dial is grand feu enamel and the watch gets its name from the blue markings on the dial as well as the blued steel hands. The large Arabic hour markers, as well as the minute track and running seconds subdial, are all rendered in blue. One thing that makes Moritz Grossman stand out is the quality of their hands. The hands that Moritz Grossman makes are filed, ground, and polished by hand and then carefully put over an open flame until the desired hue of blue is acquired. It is painstaking work but the results are unmatched by any machine-produced hand. 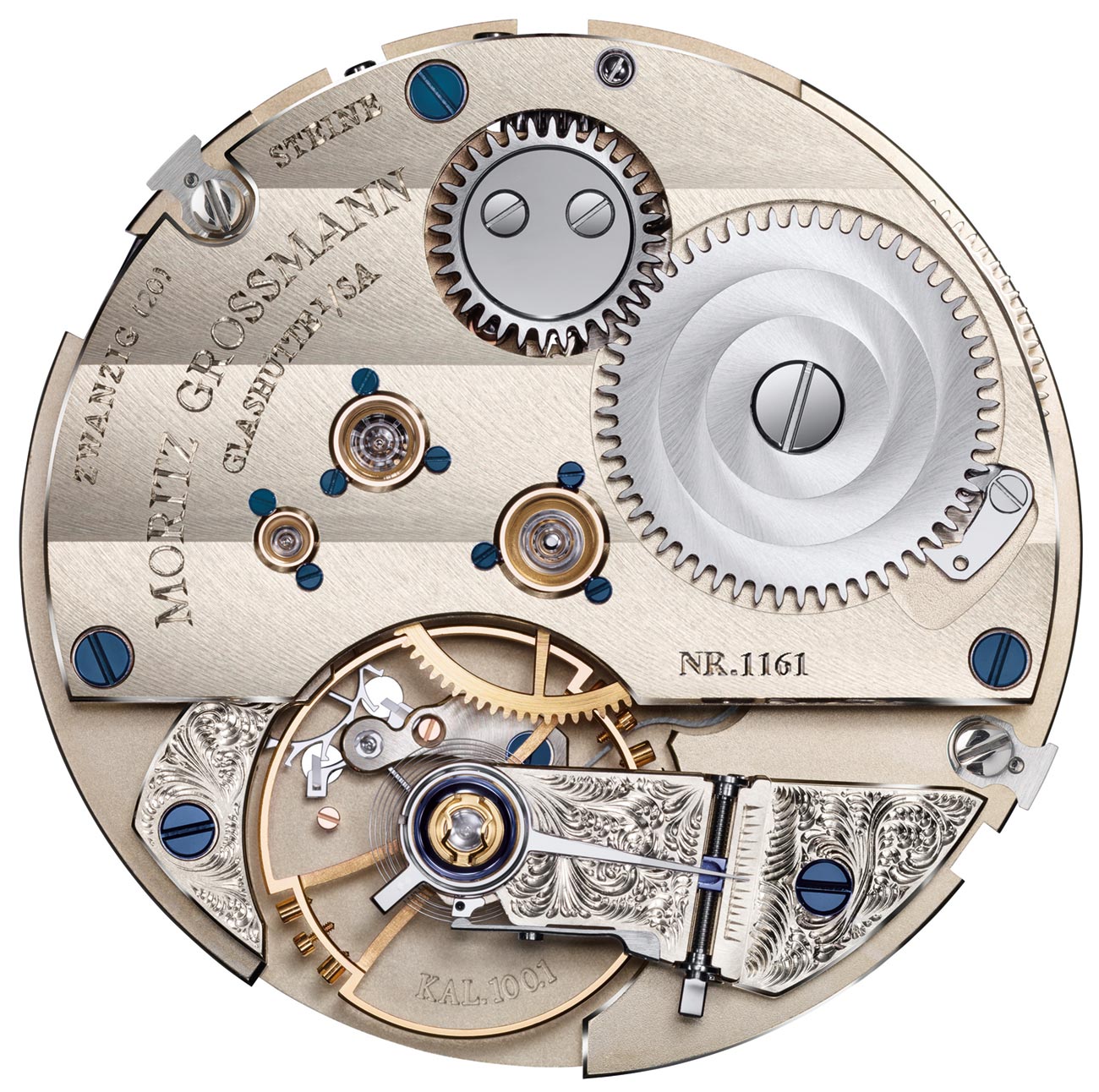 The use of blue doesn’t stop there. The Benu Blue Steel is powered by the in-house hand-wound caliber 100.1 and its screws, regulating nut, and back bushing are all heat-blued as well. Not only that, the caliber 100.1 is highly decorated by hand with hand-polished chamfers on the going-train wheels, edges of the levers and springs, and on the bridges. The bridges are made out of untreated German silver and the ratchet wheel features distinctive three-band snailing. And like many of the other high-end Glashütte brands, the balance cock is hand-engraved. It also features the newly designed Grossman balance, which beats at a calming 2.5Hz and is claimed to improve chronometric performance. Power reserve is 42 hours. 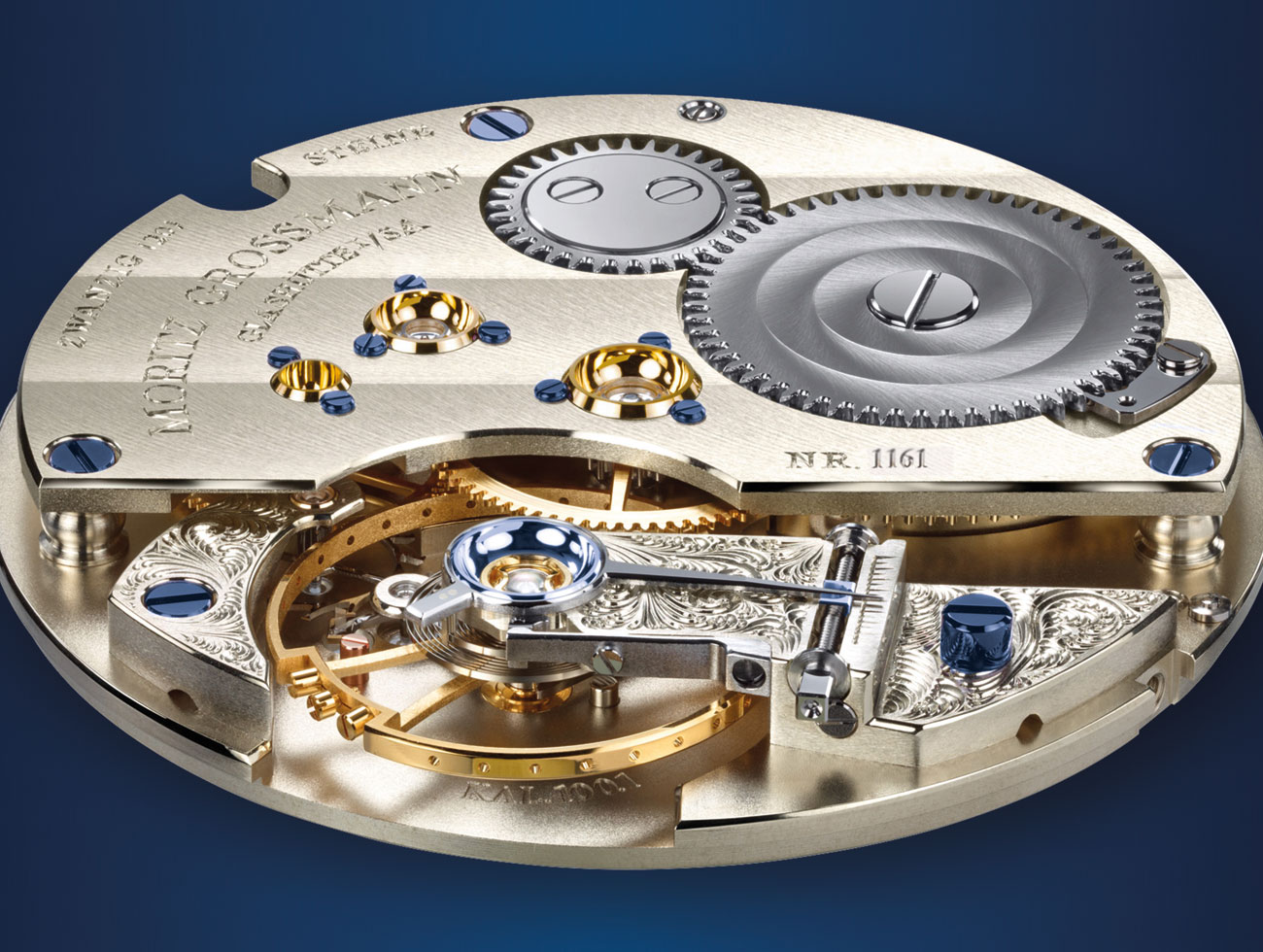 Another interesting thing about the Benu Blue Steel and its movement is that it features a separate pusher to restart the movement. The caliber 100.1 is hacking but it works quite differently from other watches. When the crown is pulled out into its hand-setting mode, the crown actually immediately snaps back into its original position. Even though it is back in the original position, the movement has stopped and the hands can be adjusted. According to Moritz Grossman, this eliminates the possibility of particles going into the case while the hands are being set and prevents the hands from being adjusted unintentionally when pushing the crown back in. The pusher at 4 o’clock is therefore required to restart the movement.

The Moritz Grossman Benu Blue Steel represents a very simple but pure take on high-end watchmaking. It sheds complexity for the single-minded approach of making the best watch that one possibly can and that’s something that is very appealing and refreshing to me, and I think also for many watch lovers. The Moritz Grossmann Benu Blue Steel will be a one-off piece unique, and we will update the article when we can confirm its price. Learn more at grossmann-uhren.com.