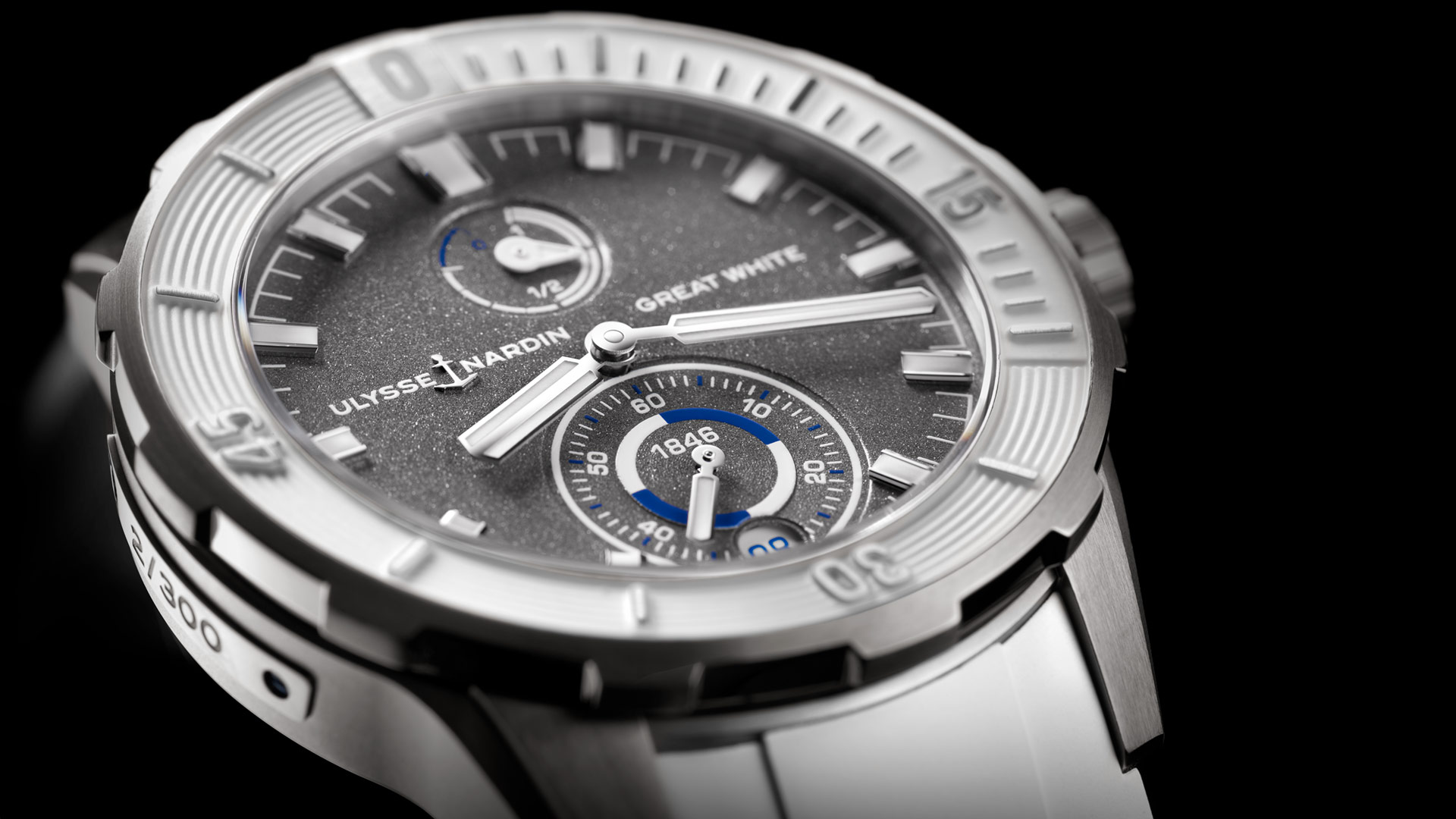 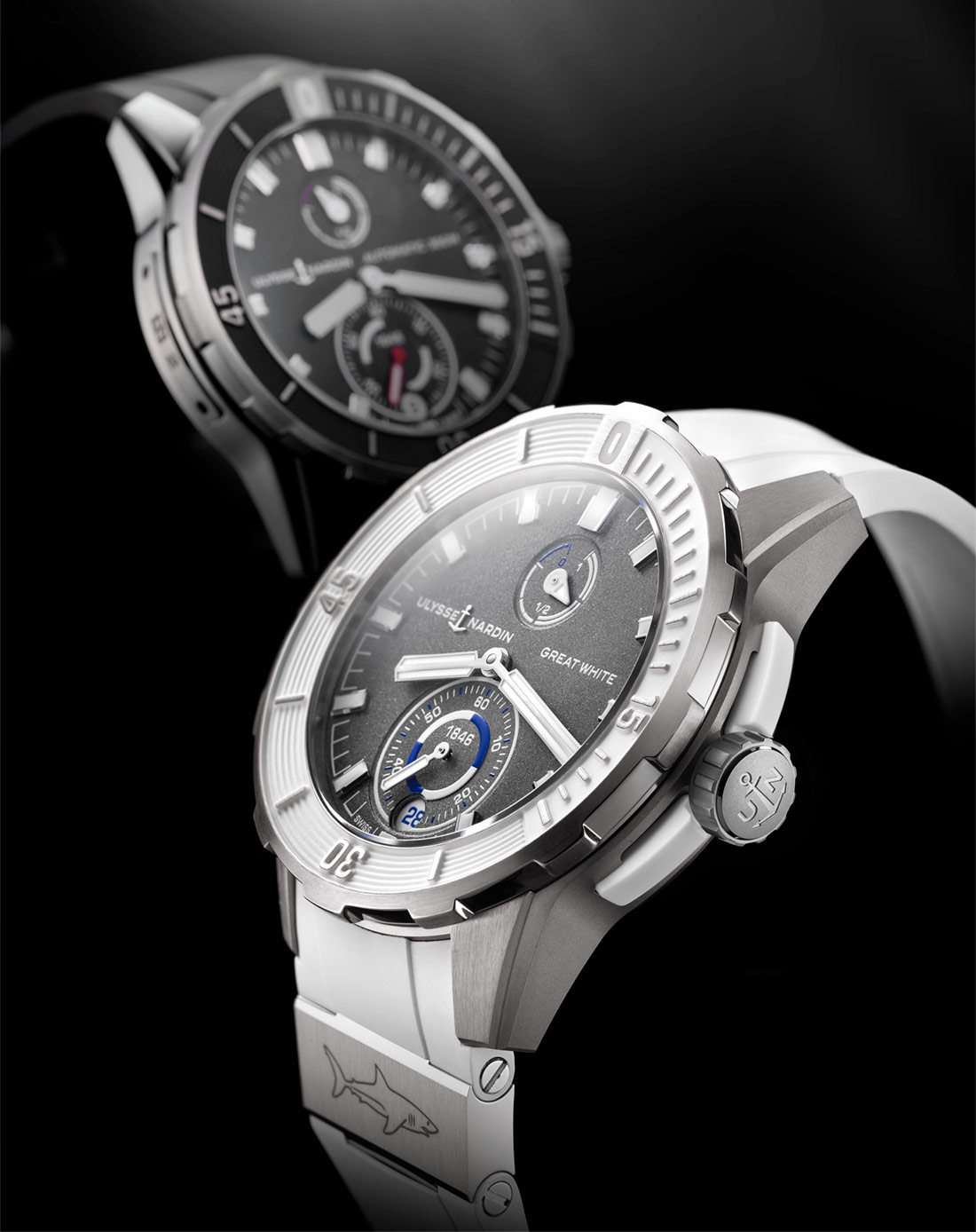 In honor of the Monaco Yacht Show, Ulysse Nardin has unveiled a new selection of dive watches. In four variations, this is a redesign of the existing Ulysse Nardin Diver Chronometer watches that still new CEO (since 2017) Patrick Pruniaux, we are told, was very closely involved with. While it may still be early to infer from these models the impact he will have on the brand’s direction, we shall take a quick look at the new-for-2018 Ulysse Nardin Diver Chronometer watches and how they are different. 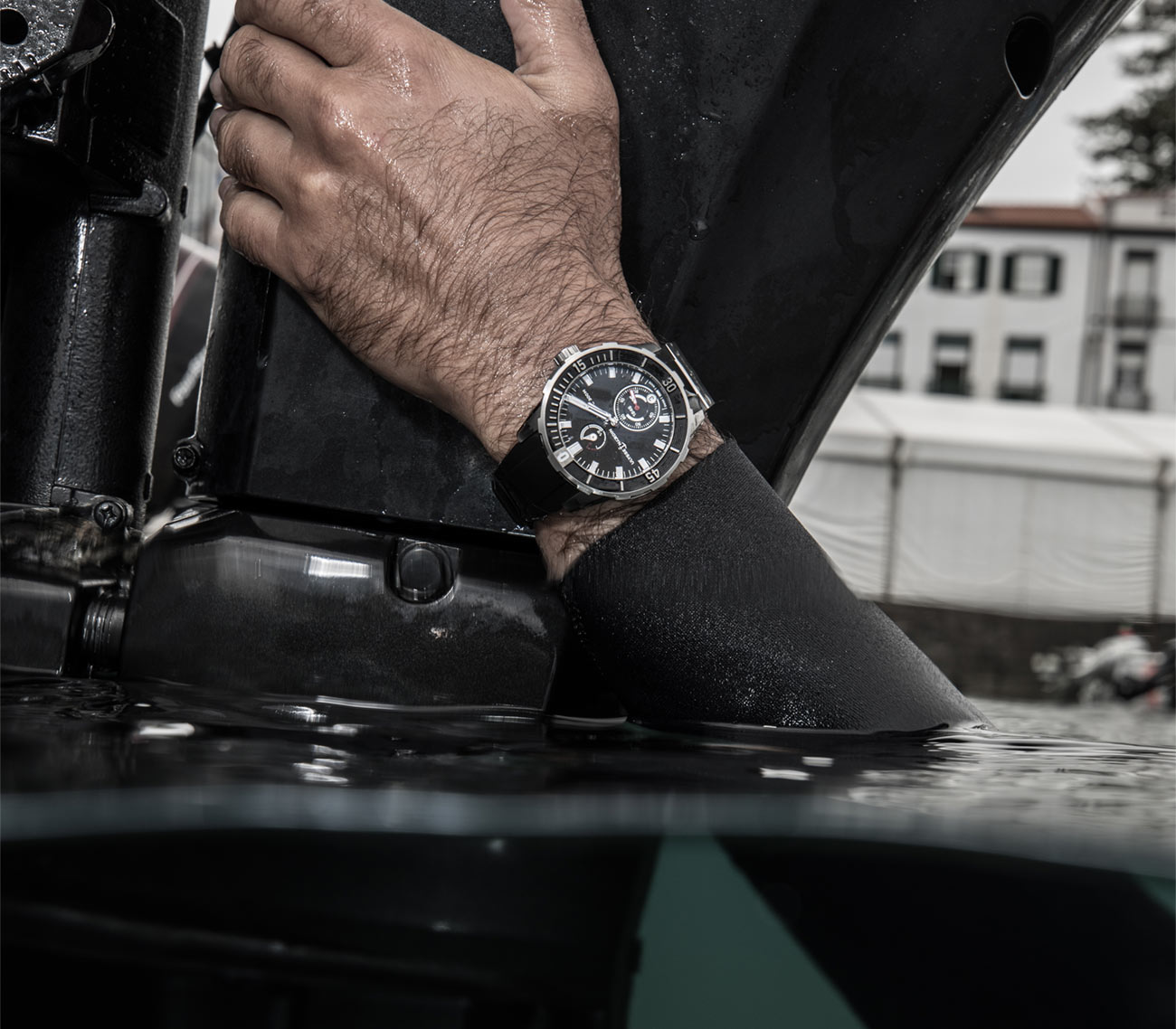 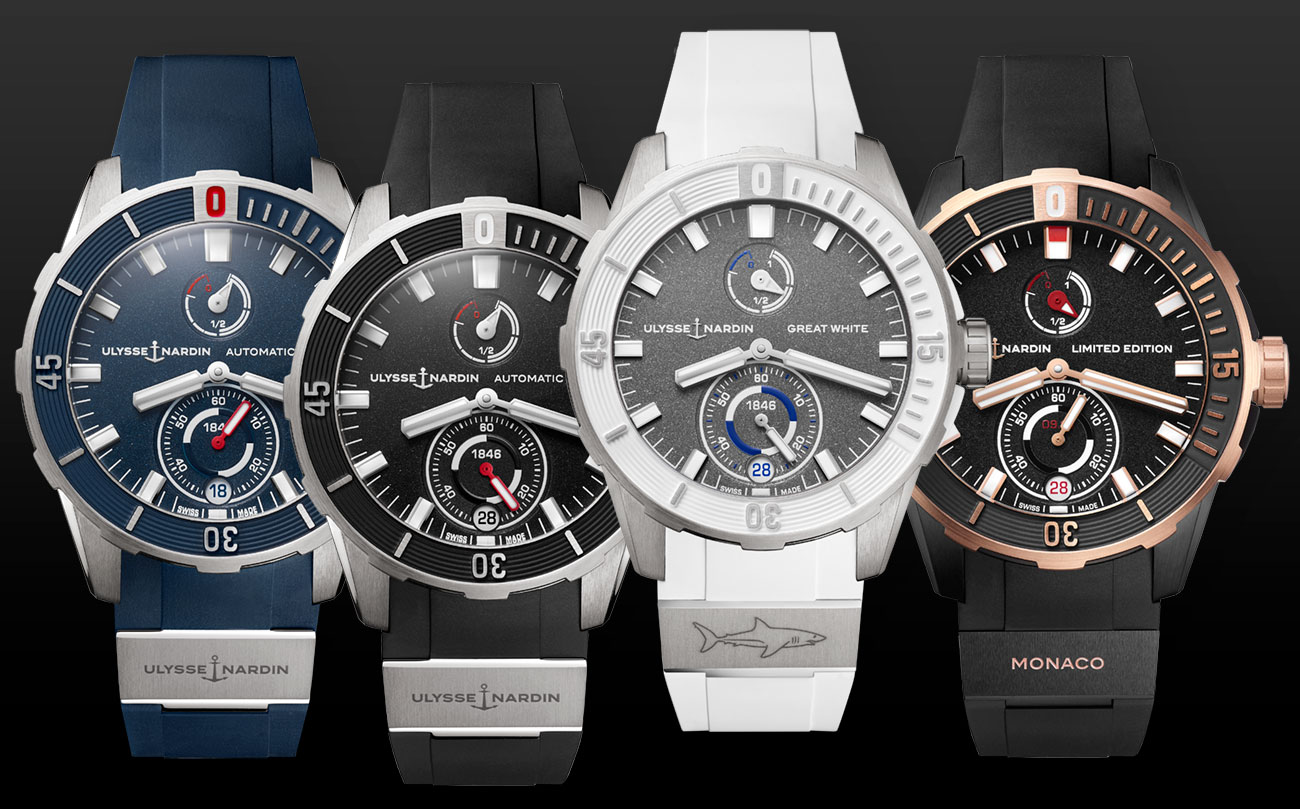 The Ulysse Nardin Diver Chronometer watches are available in four models, two being standard production and two being limited editions. The dials feature the power reserve indicator under 12 o’clock and small seconds subdial nestling a round date window at 6 o’clock, just as the previous Diver Chronometer watches had. But it seems like, while remaining familiar, almost every element has been tweaked and redesigned. From the hands, to the indices, to the bezel, to the case, to the case material… it’s all been changed, and while the previous versions were cool, Ulysse Nardin and Pruniaux have done a nice job, in my opinion, and the refresh represents a refinement. 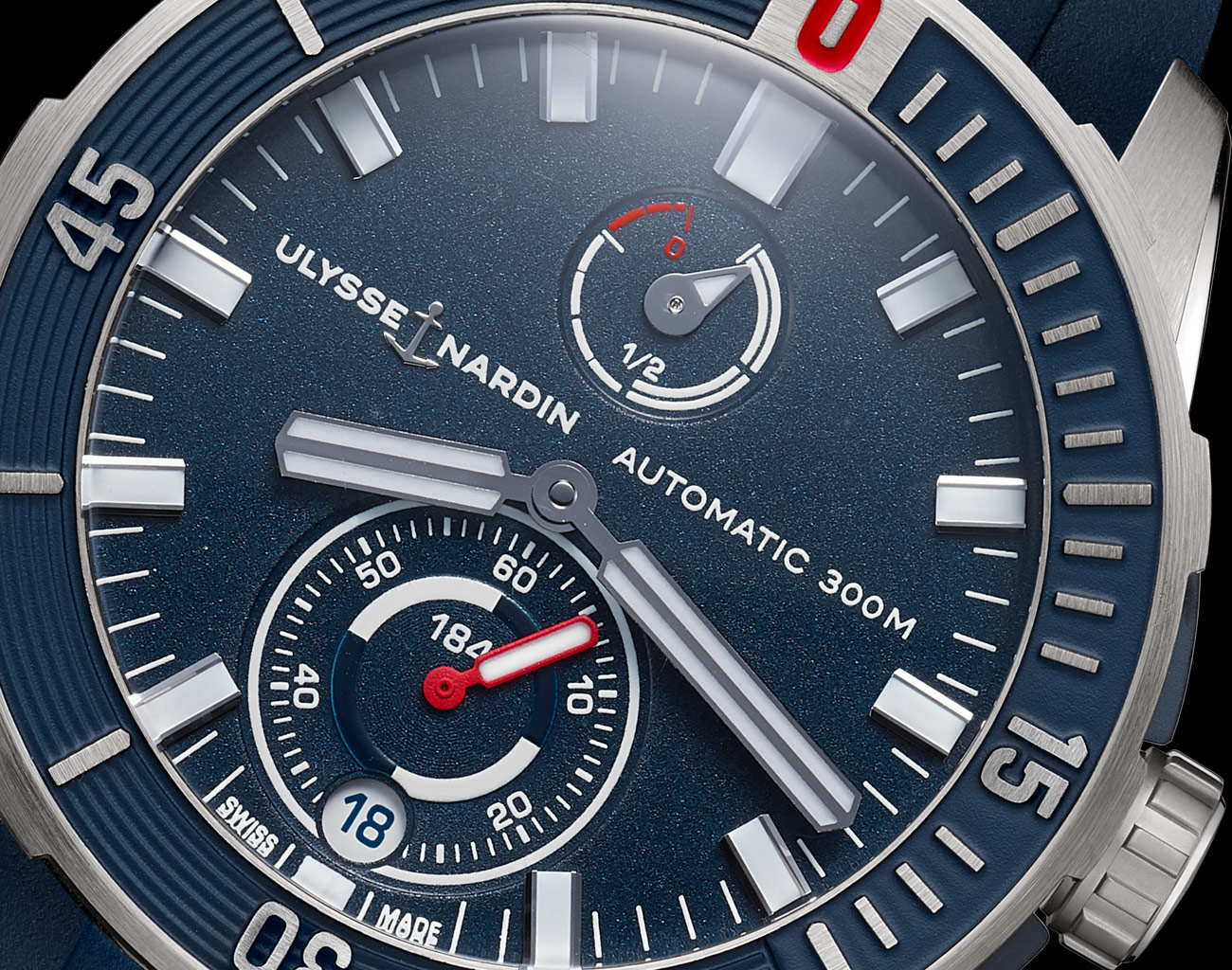 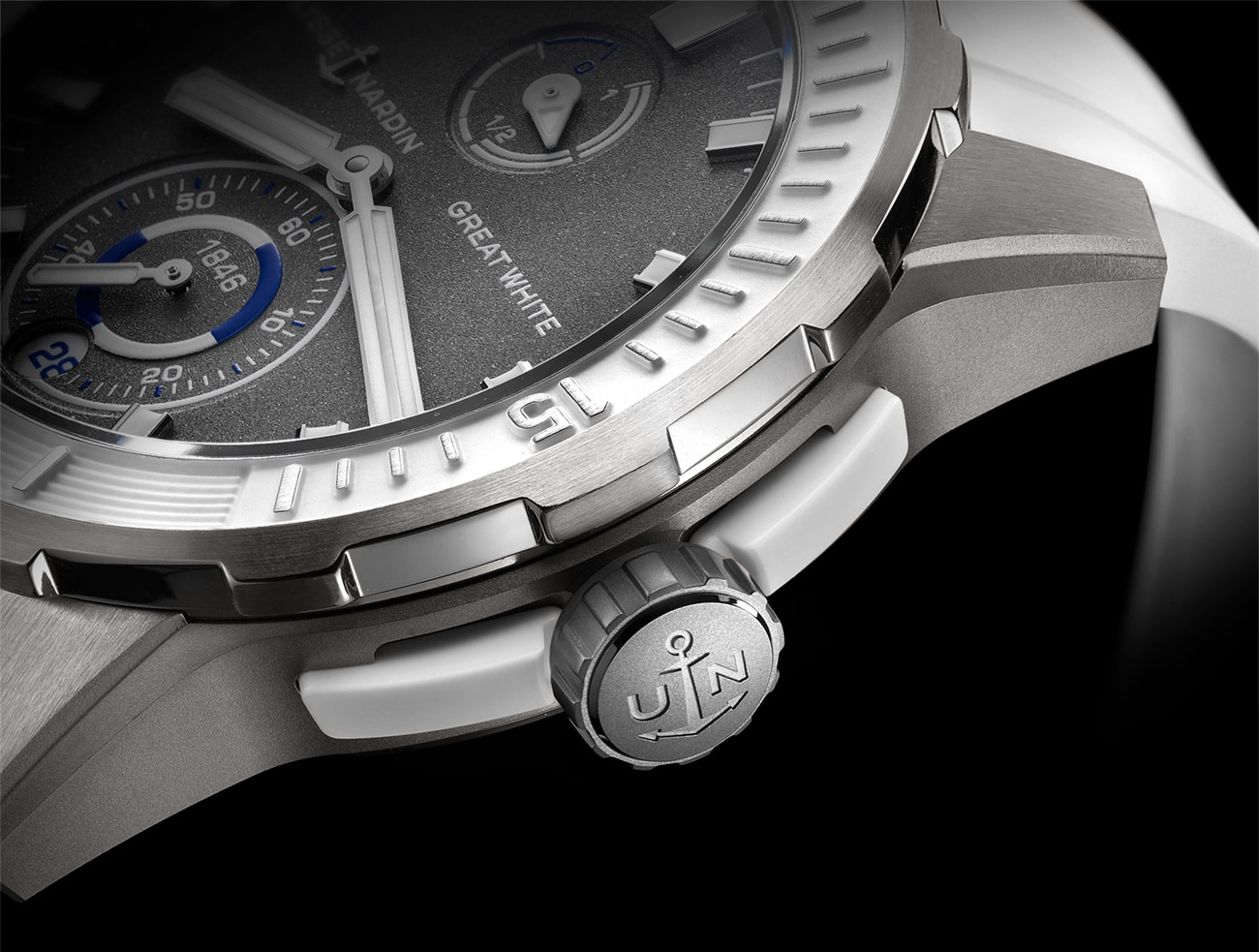 To begin with, the wave pattern on the dial of the previous Ulysse Nardin Diver Chronometer has been replaced with a grained texture which can only be good for legibility. The hands are no longer skeletonized, and are much blockier, as are the indices. The 300m water-resistant, 44mm-wide cases are more angular and now in titanium rather than steel. The prominent rubber crown guards are also new. The bezel is inward-sloping with a domed sapphire crystal, and its texture and numbers have also been redesigned. You get the idea and can see a lot of these elements for yourself in the pictures, so we won’t list every single thing that has been changed. 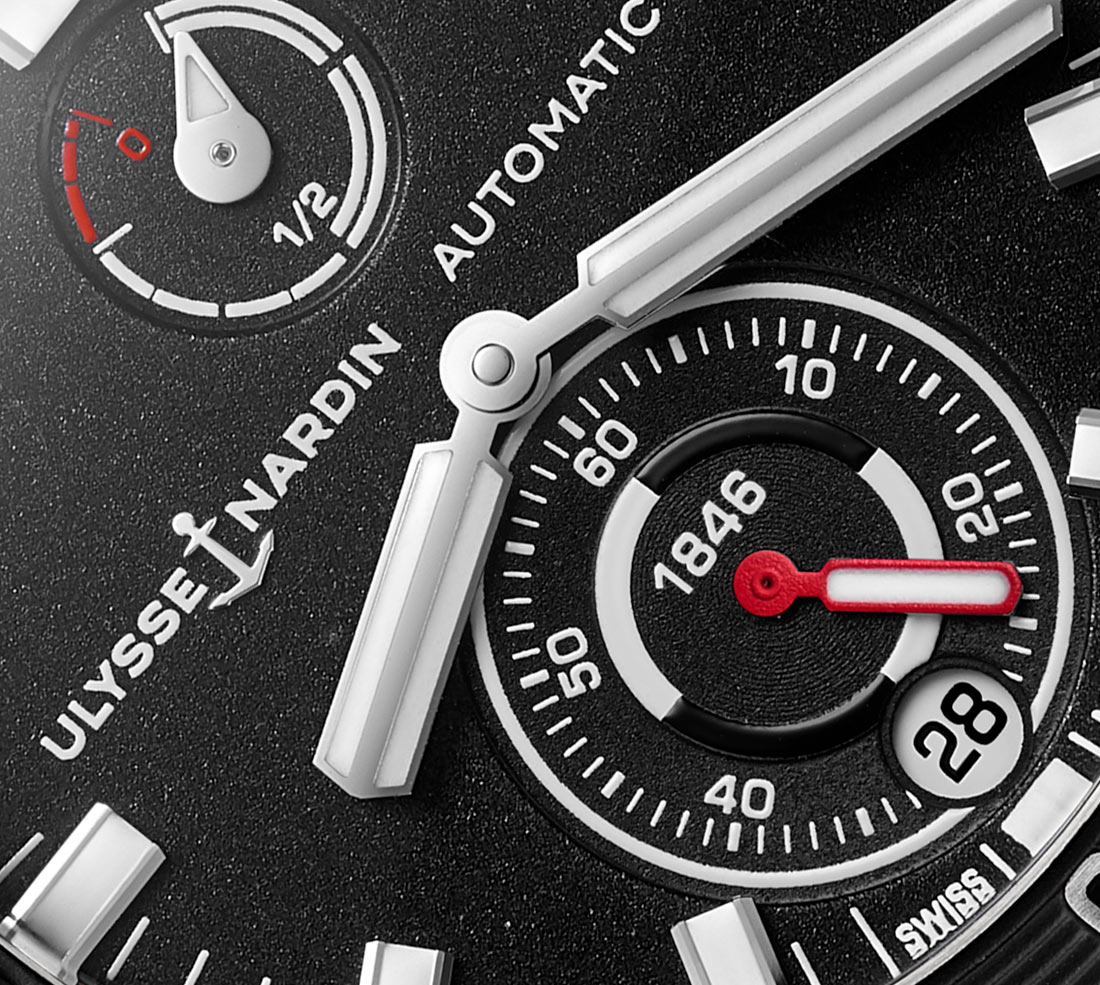 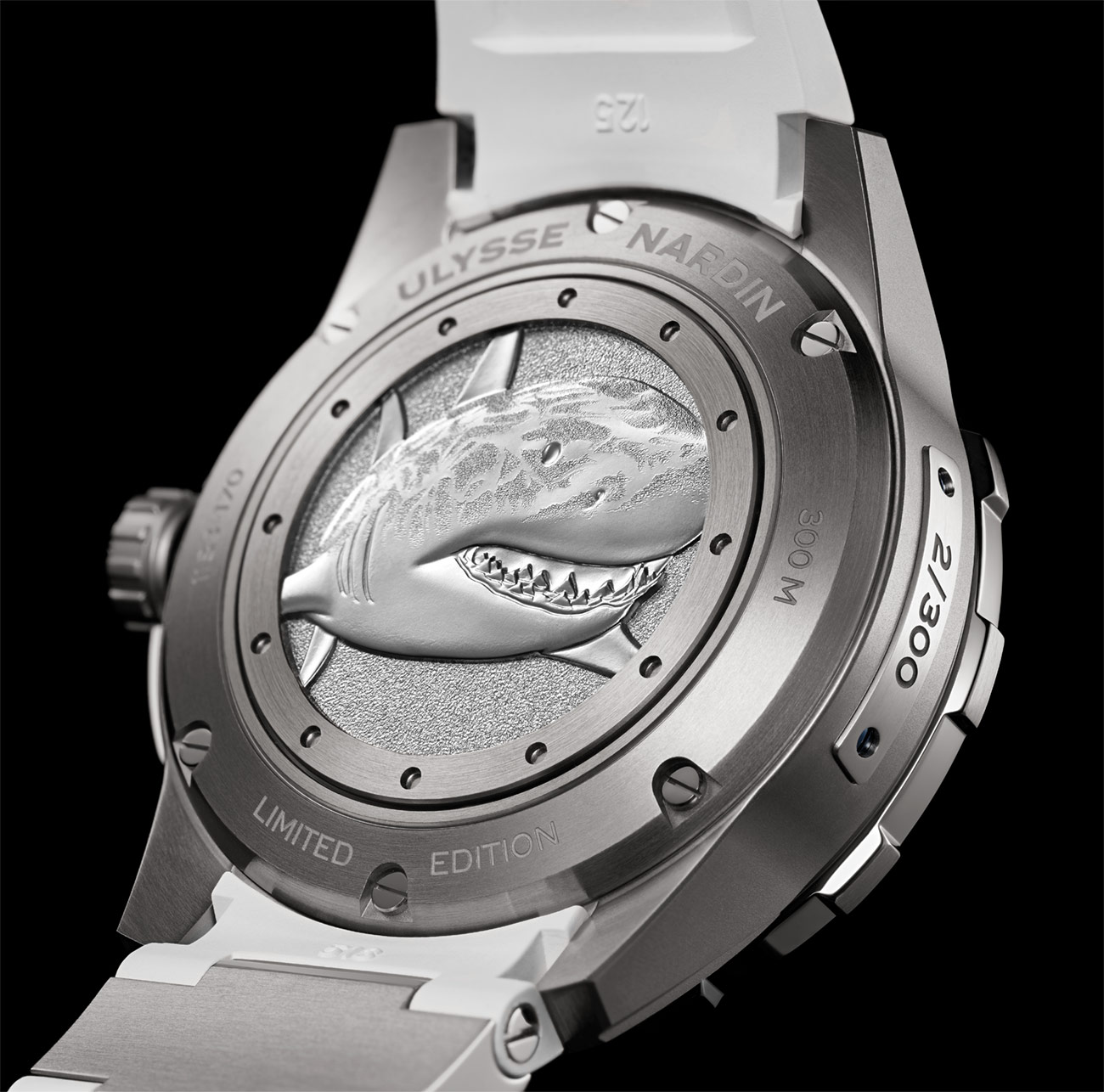 Two of the four versions are limited editions, and they are the Great White Limited Edition (1183-170LE-3/90-GW) that is limited to 300 pieces. The Great White model features a white rubber strap, white crown guards, and an engraved shark on the strap and its solid case back. It is the only model with a solid case back, whereas the other all have sapphire crystal exhibition case backs. The Ulysse Nardin Diver Chronometer Monaco Limited Edition (1185-170LE-3/BLACK-MON) is limited to 100 pieces and has a rose gold bezel and crown paired to its black-coated titanium case. To further signify its “special” nature, it has the red and white Monaco flag for the the 12 o’clock marker as well as a MYS (Monaco Yacht Show) logo on the caseback, and its date wheel has the 26, 27, and 29 dates of the show in red. The non-limited pieces, as you can see, are black (1183-170-3/92) and blue (1183-170-3/93) — note that the blue version is the only model to feature the red zero on the bezel. 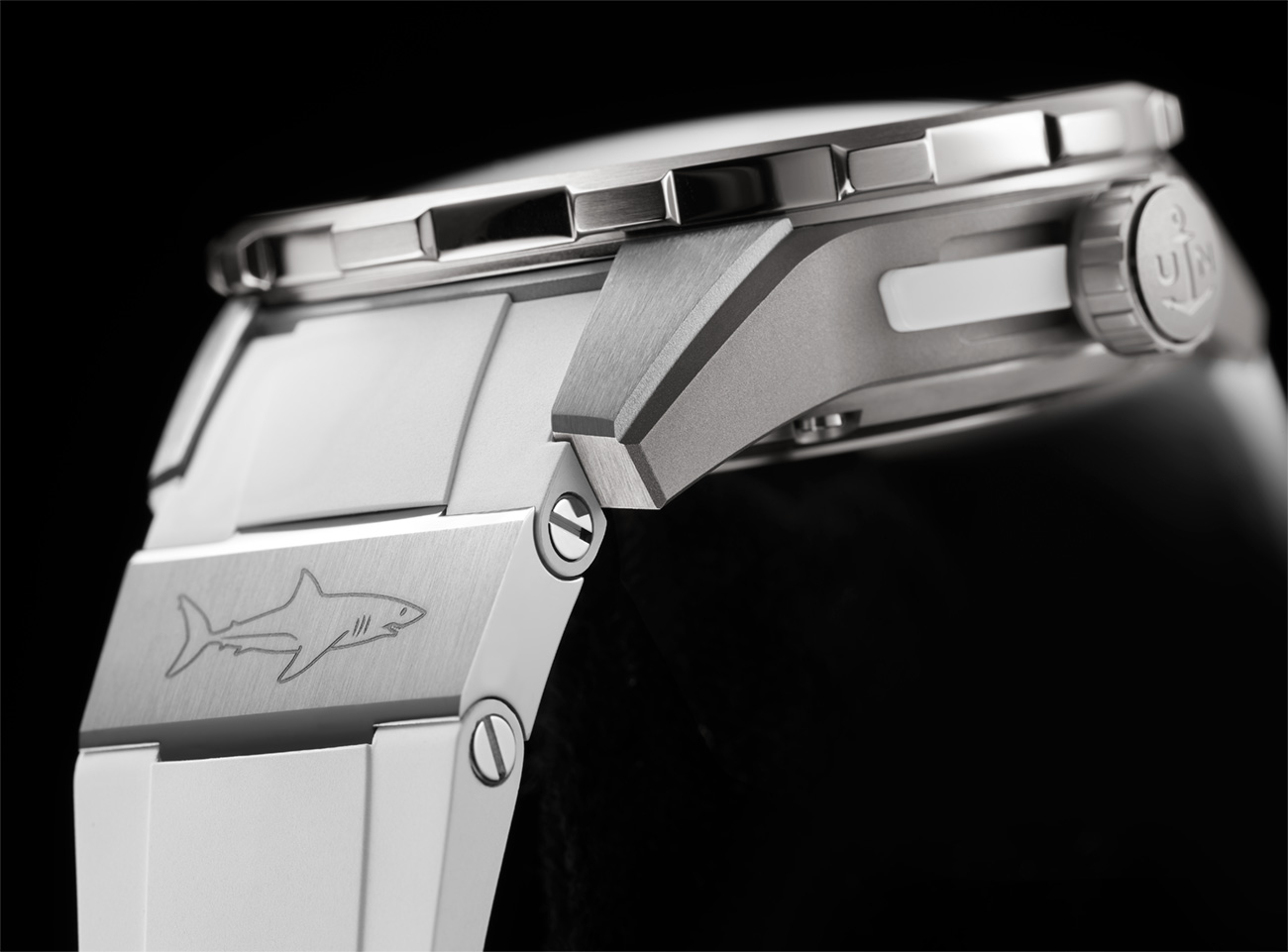 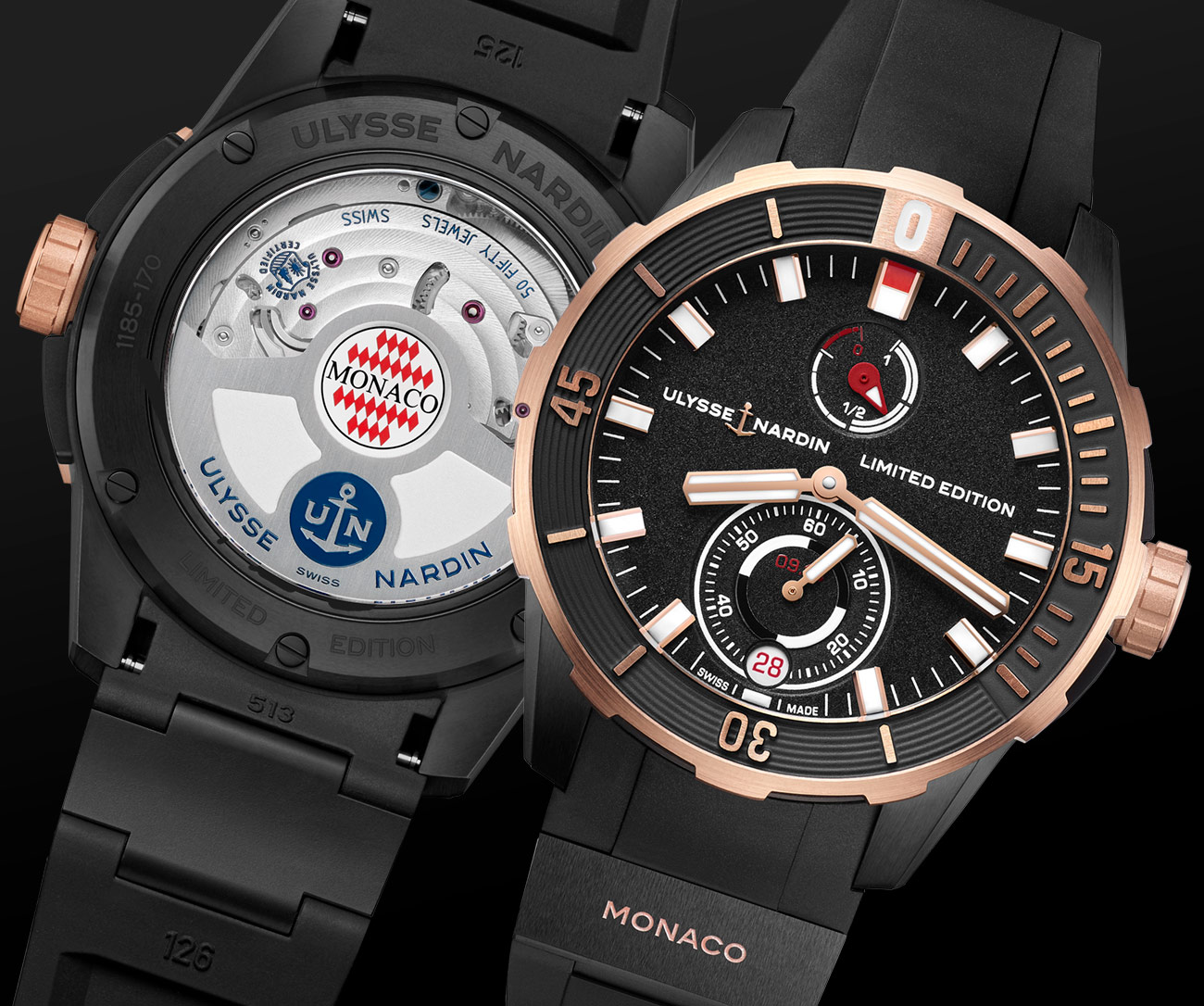 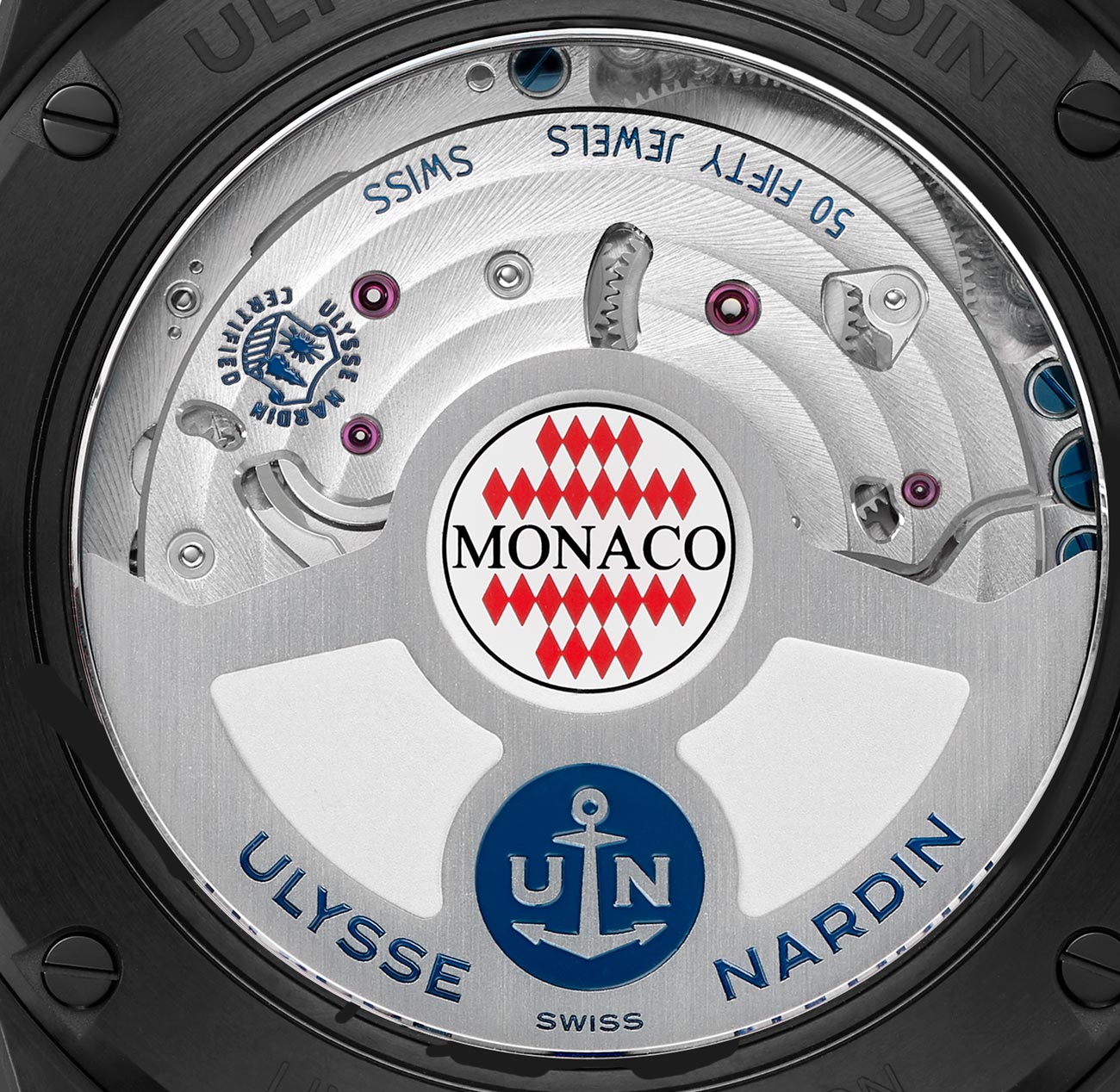 All four watches feature Ulysse Nardin’s chronometer-certified, in-house UN-118 automatic movement with a 60-hour power reserve, operating at 4Hz. The UN-118 has been used in other watches such as the Ulysse Nardin Marine Torpilleur — and you will recognize the dial layout. Of course, it features the brand’s famous silicon escapement technology which we discussed in greater detail here. Chronometer-certification means it has been tested by the Swiss organization COSC and is promised to have an average daily accuracy of at least -4/+6 seconds. 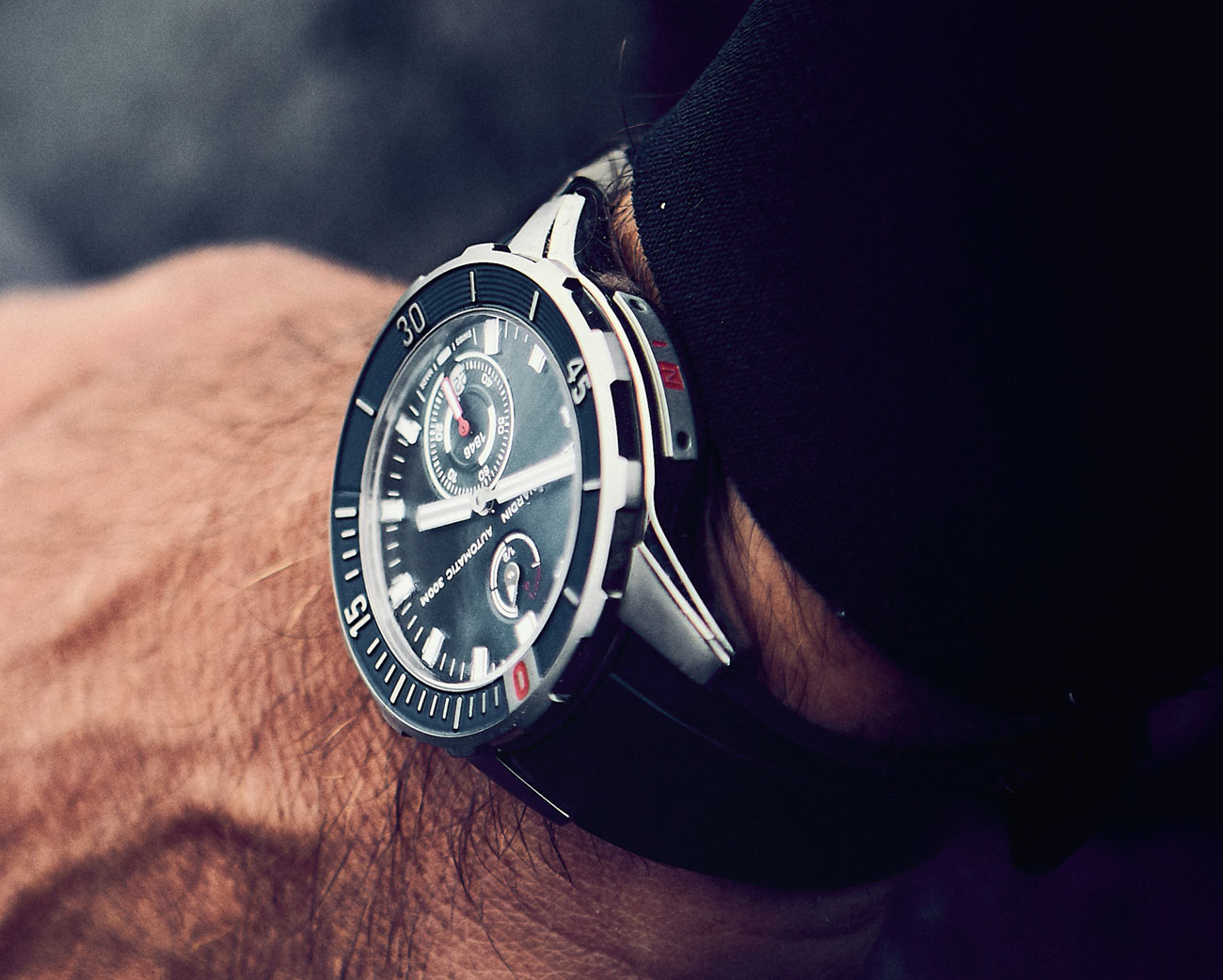 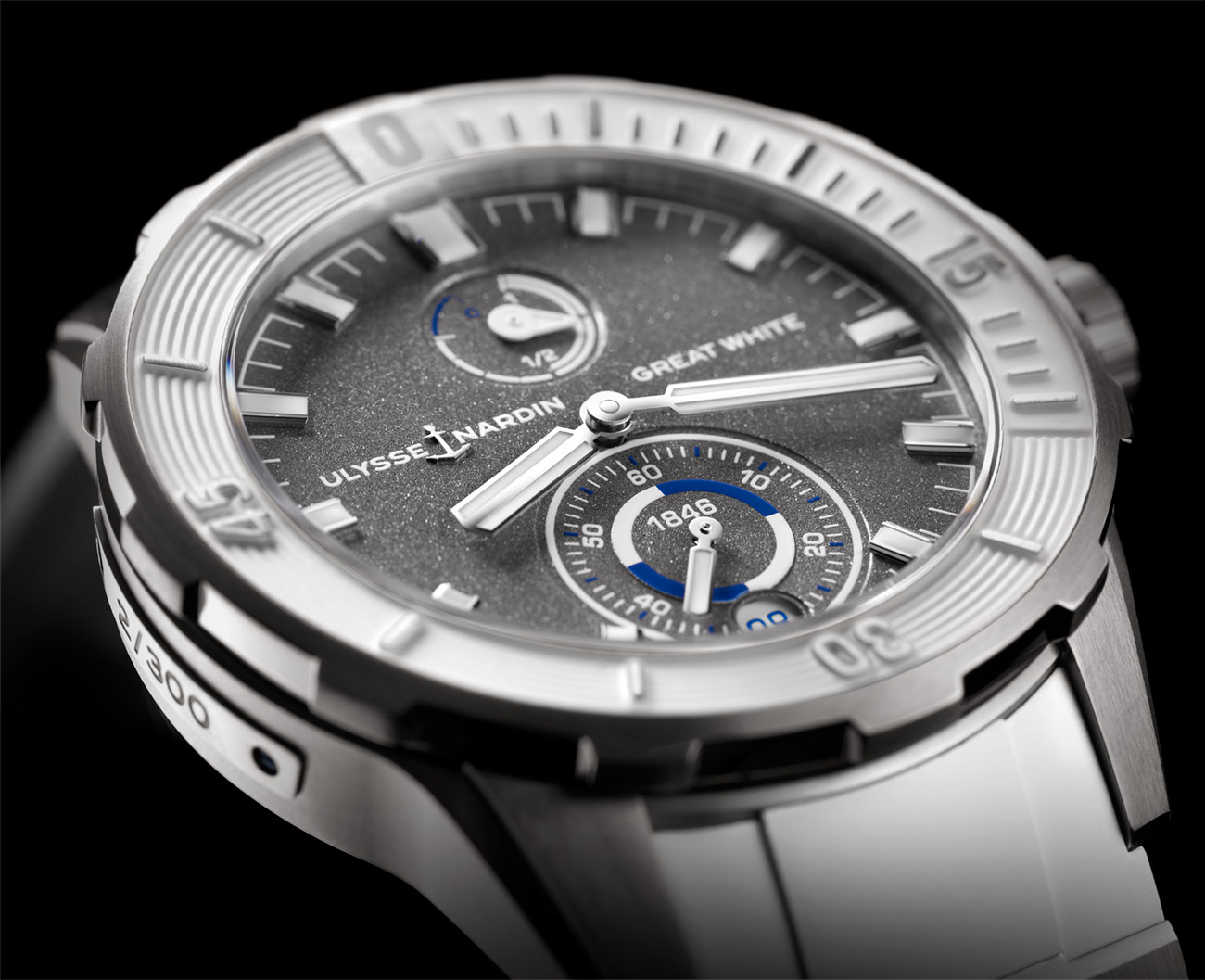