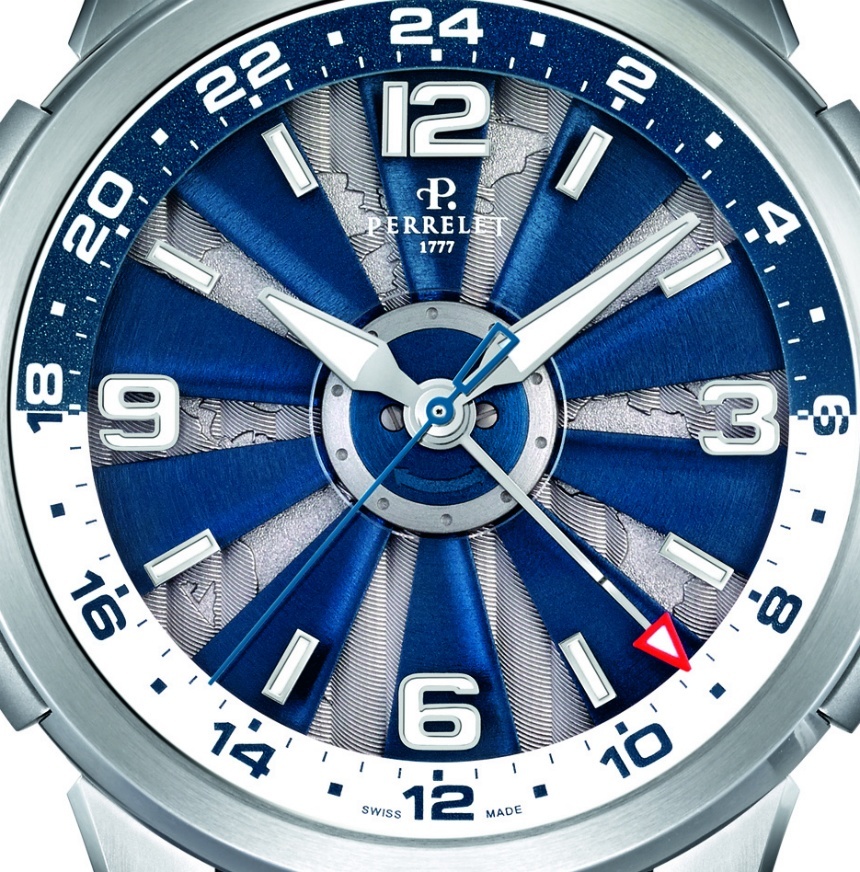 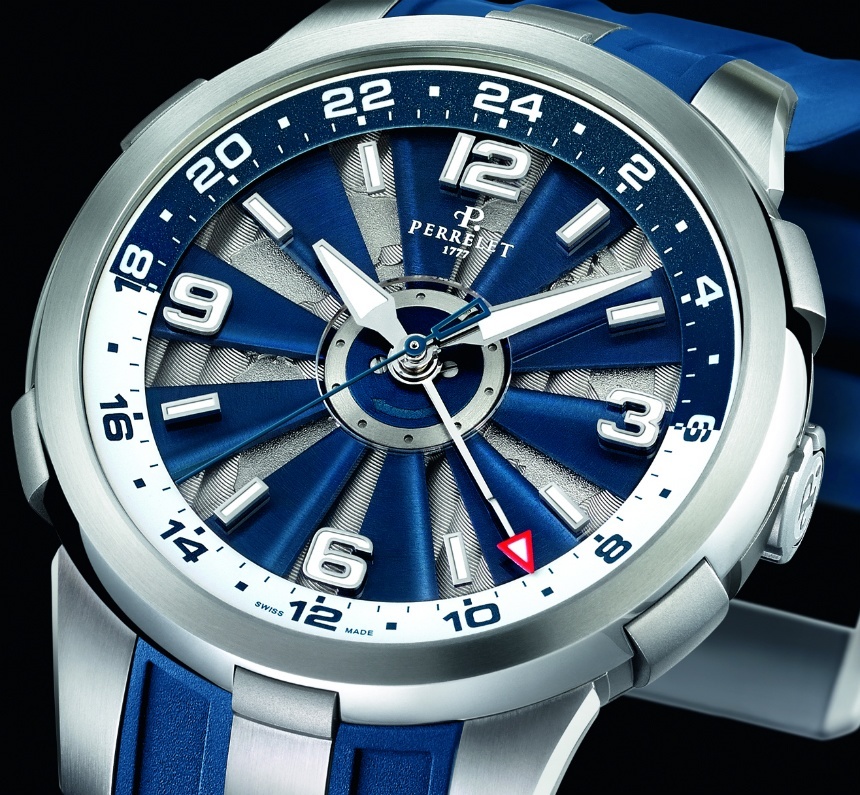 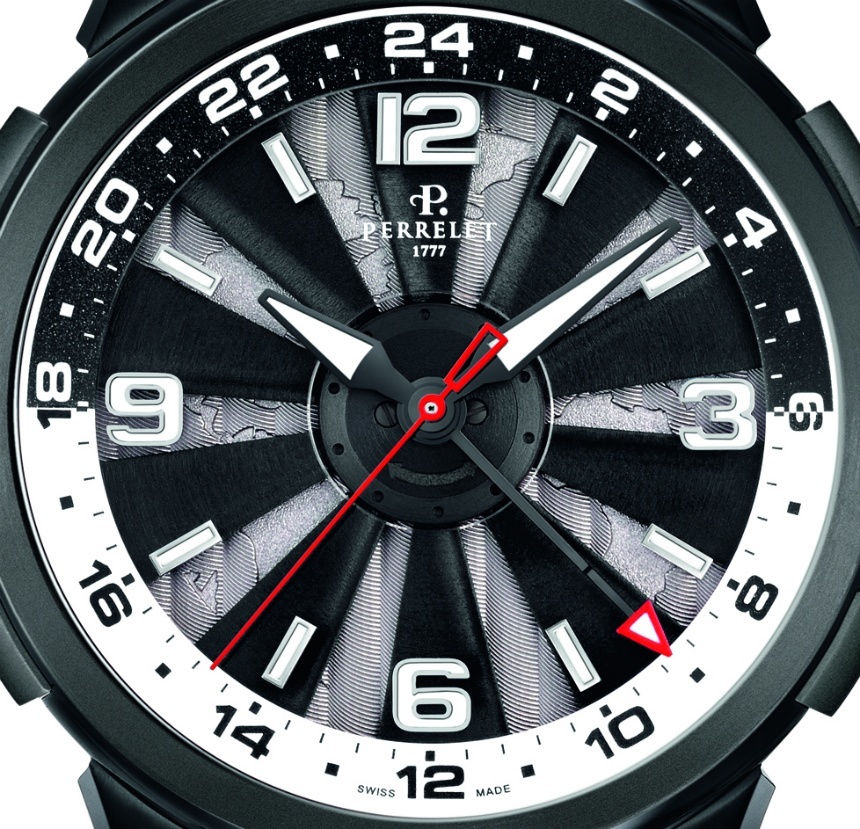 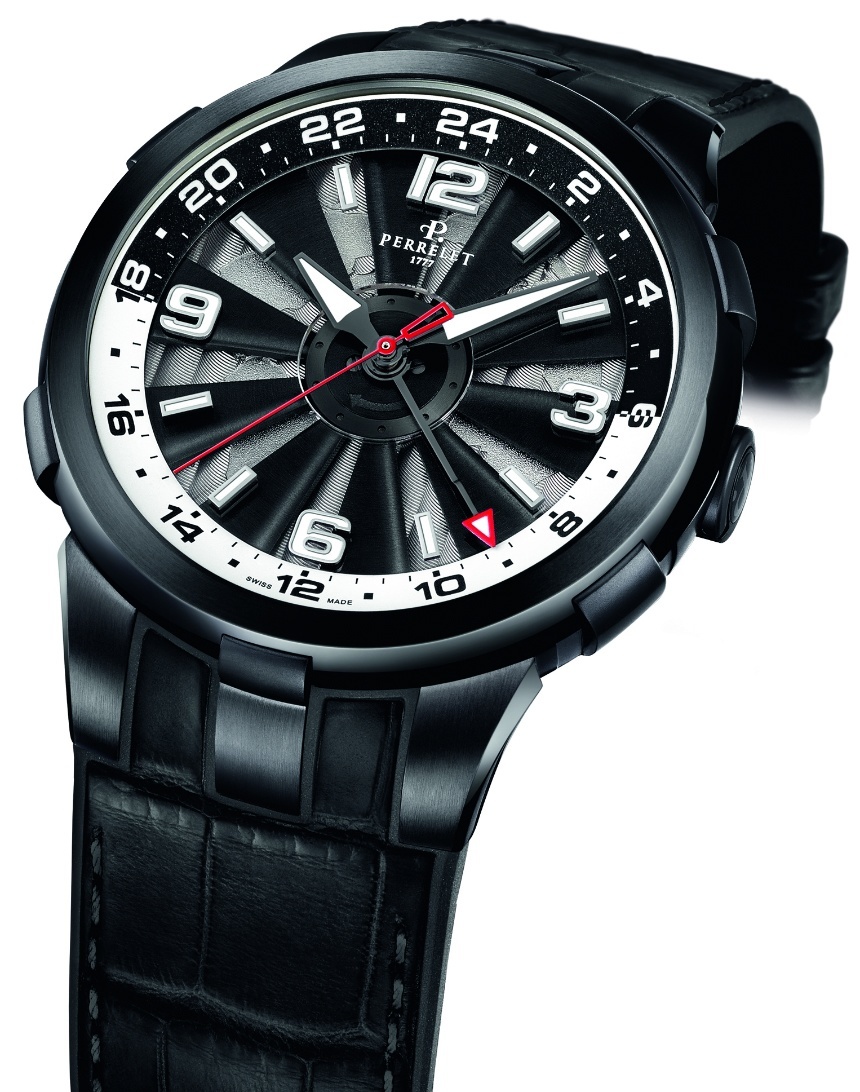 It took nearly a decade for Perrelet to finally add a GMT to its series of Turbine watches, leaving precious few corners where the concept hasn’t yet been applied. However, even with well over a dozen options available in both regular and limited collections, it’s still quite a treat to see the “turbine” rotor spinning on the dial. This time around, though, being a watch grounded in Greenwich Mean Time, the rotor spins to reveal an engraving of the world, generously decorated with wavy Côte de Genève lines – admittedly a pretty cool application, especially since the map-inspired relief found on many world timers or “traveler” watches tends to overwhelm the dial and impede legibility. However, the Perrelet Turbine GMT only shows the map “through” the 10 spinning blades of the turbine – and they’ve got to be spinning fairly rapidly for this to work. 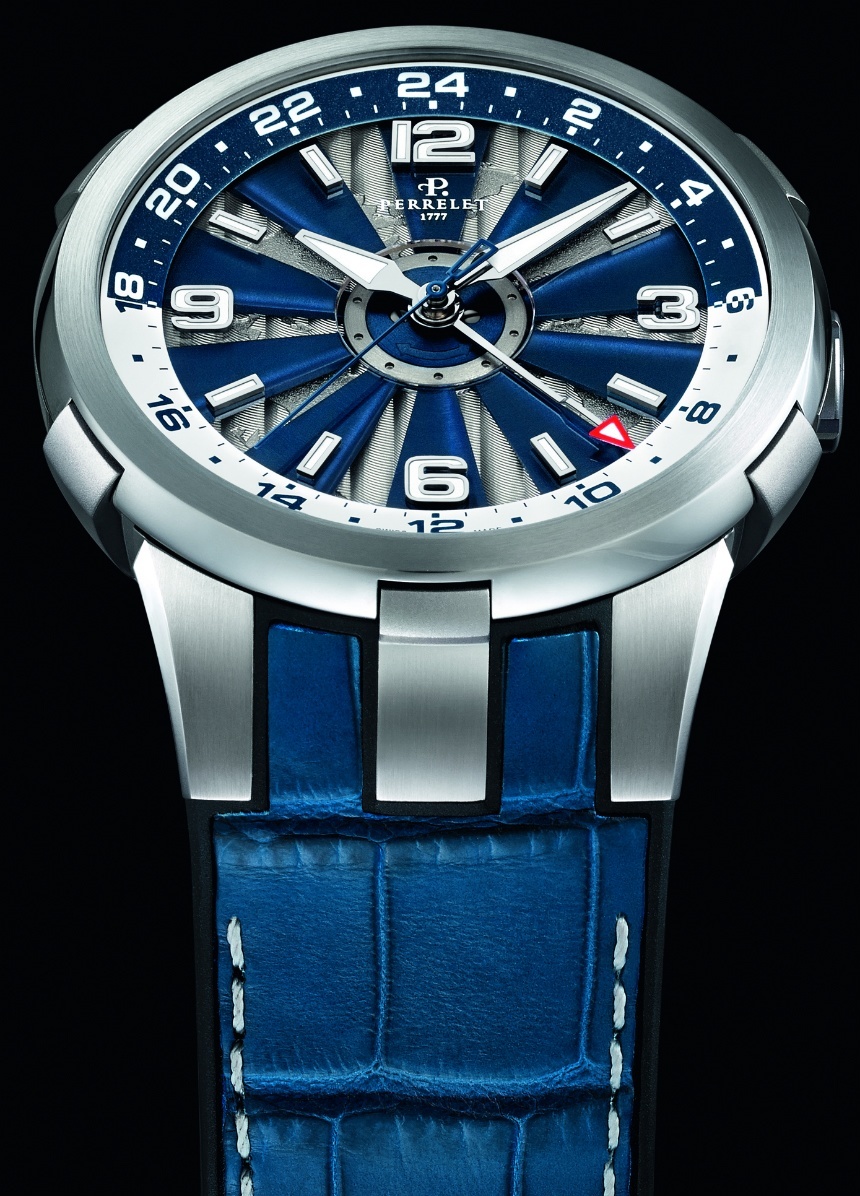 Though largely novel in concept, Perrelet considers its Turbine series still somewhat grounded in watchmaking lore – specifically, with regards to Abraham-Louis Perrelet, credited as inventing the automatic watch in 1777, hence the date being featured prominently on Perrelet dials. The Perrelet Turbine simultaneously pays homage to the spinning rotor of Abraham’s ground-breaking invention and to the age of jet travel by exhibiting a second turbine-shaped rotor that freely spins above the dial in synch with the rotor winding the watch. All things considered, is the connection to aviation a little tenuous? Maybe. Does the Perrelet of today really have anything to do with the Perrelet from over 200 years ago? Barely. But is the concept still pretty neat? Definitely. 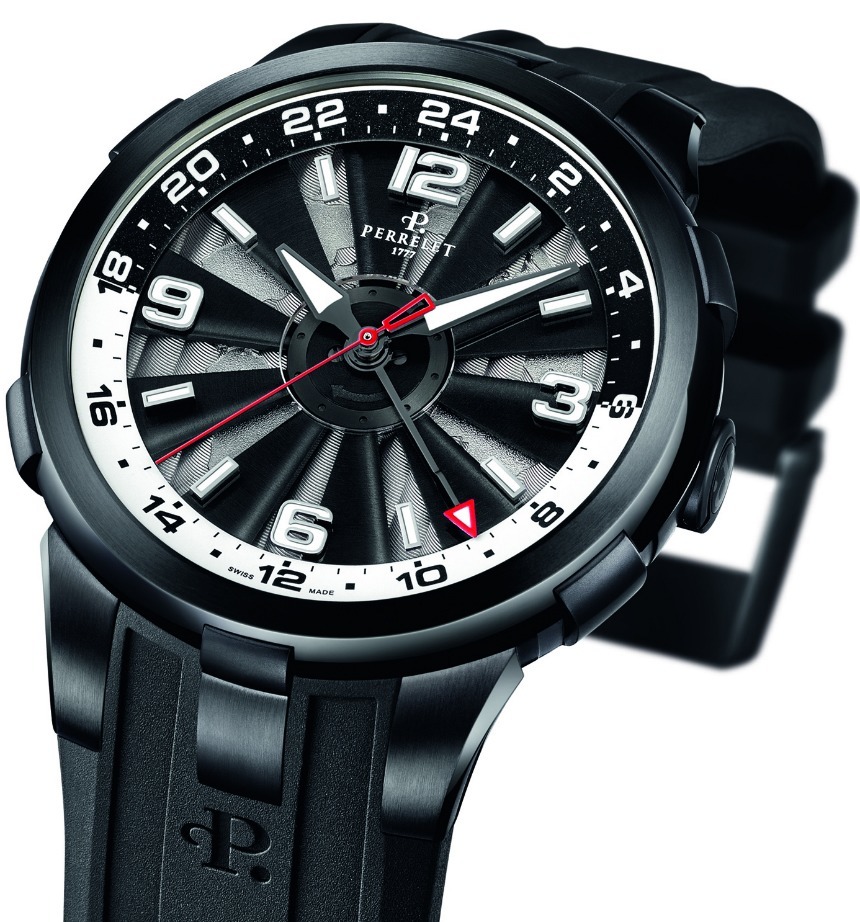 At this point, it’s probably worth mentioning that despite the extremely cool engraving on the dial, the Perrelet Turbine GMT is not technically a world timer, but rather a conventional GMT bearing a second time zone in 24-hour format. Perrelet calls the in-house caliber powering the watch and visible behind the exhibition case back its P-401 automatic, a nicely finished four-hander adjusted to six positions for accuracy, and packing a 42-hour power reserve which is plenty for the longest of international flights. The stainless steel case itself is a modern 44mm in diameter, and is outfitted with luminous hands and arabic numerals on the dial for maximum legibility. It’s water resistant just 50 meters, but then again, there’s already a Turbine Diver if you’ve absolutely got to go swimming with one.

The price of the Perrelet Turbine GMT depends on which color and strap configuration you choose. The all-stainless steel versions will be priced at $6,950 on a blue rubber strap, and move up to $7,350 on a blue crocodile strap. If you prefer a more stealthy look, the stainless steel and PVD-coated versions start at $7,550 on rubber, and jump to $7,950 on the crocodile. Stay tuned for more hands-on impressions from Baselworld 2016. perrelet.com