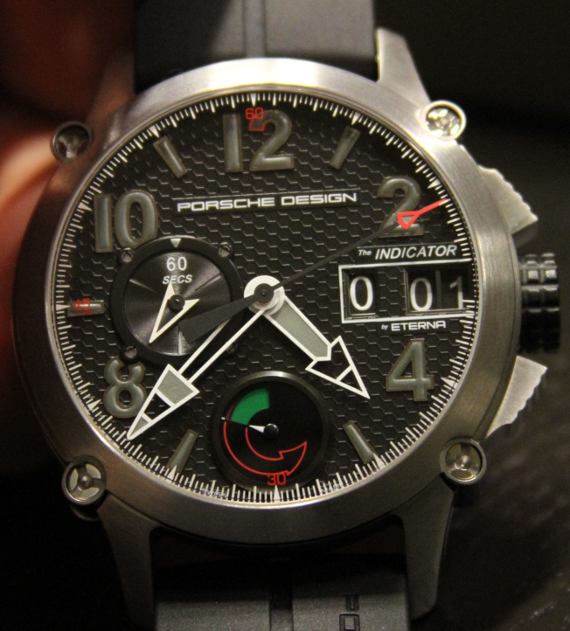 One of the coolest watches of the last few years didn’t see its proper level of greatness because it was too expensive. At over $100,000 (retailed at about 78,000 euros) the Porsche Design Indicator remained a beautiful and fundamentally superior design that you could only appreciate from a distance. Eterna, who makes all the watches for Porsche Design, still makes 2-4 of the Indicator watches per a year, but on request only. The watch is limited to 50 pieces, so eventually they will be all out. Let’s take a quick peak at this watch. You can also get them online, with a few available costing in the $100,000 range. Original retail was at least $20,000 more than that.

What made the watch so great was the (mostly)  in-house movement, sexy functional design, and ultra easy to read dial. The name “Indicator” referred to the digital readout of the chronograph. While the chronograph seconds used the main dial in an standard analog format, the right side of the dial had a digital jumping set of indicators for the chronograph. It could measure about 10 hours. The watch also features a subsidiary seconds dial and a power reserve indicator – both which are special. 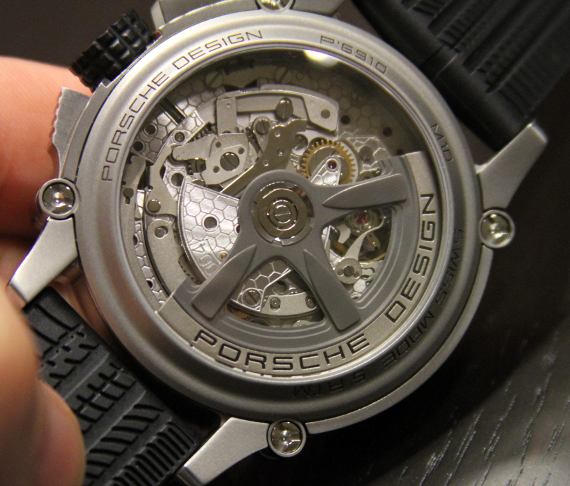 The subsidiary seconds dial has a large arrow hand, but also three small cutaways in the dial. These have a disc underneath the colored red and white. As the seconds move these move from white to red and back again rather quickly. It looks awesome! The power reserve indicator is of the fanciest out there. Basically it is a series of disks. It goes from green to red at the power runs out. When you wind it, the power reserve indicator fill up with green again. The execution of this system is joyous to operate.

Telling the time is a darn delight. Look at those massive hands. The contrast is perfect and they aren’t drowned out by anything. I don’t say this lightly when I say that this is one of the best designed modern watch designs ever.  The face of the watch has a honeycomb pattern that is repeated again on the movement.

The Indicator watch is 48mm wide and done in titanium. You can get it in a light or dark case tone. The watch is exceptionally well built. Pure Porsche Design looks, with a great timeless, yet modern appeal. Inside the watch is a movement that actually uses an ETA base, but is heavily modified with over 400 new parts. The movement actually have about 800 parts. More than most movements with these functions. The movement is an automatic, and you can see the nicely made (looks like part of an auto wheel) titanium automatic rotor through the sapphire caseback window of the watch. There is also gold on the rotor to add necessary weight. The chronograph pushers on the case are large, and the crown is easy to use. Originally, the watch crown was meant to look like a wheel with tire on it. Though that was held back. 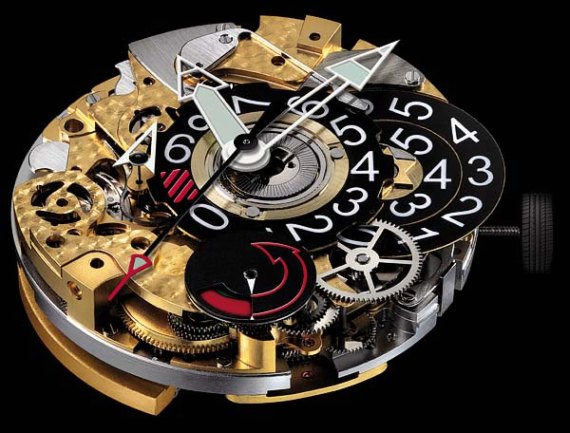 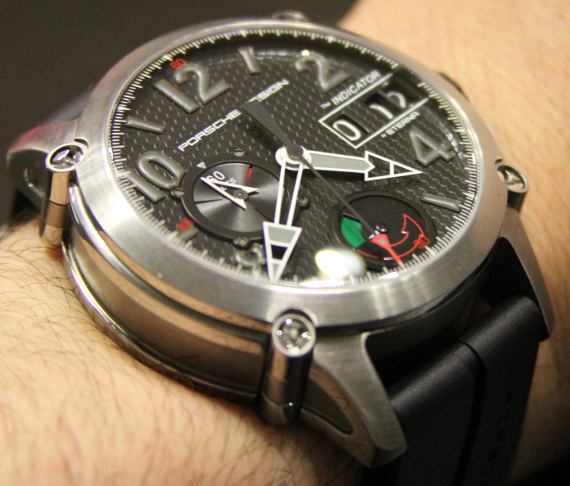 The Porsche Design Indicator watch was released a few years ago around the time when the Porsche Carrera GT supercar was released. It was meant to be a companion piece. The rubber strap on the watch has a tire tread design on the inside that was meant to match the tire tread of the Carrera GT wheels. A super chronograph, to accompany a super car. The idea was that it would be ultra easy to read while driving a very fast car.

Eterna really outdid themselves with this piece. Easily among their list of masterpieces. I felt really lucky to be checking out this watch, and I thank Eterna for that. Will there be more watches like this? Probably, but not likely in the foreseeable future. With the downturn in the economy, the demand for watches like this is much lower. Until then, the Porsche Design Indicator will remain a wonderful and exotic novelty for those fortunate enough to afford one. If you can, I highly recommend it.