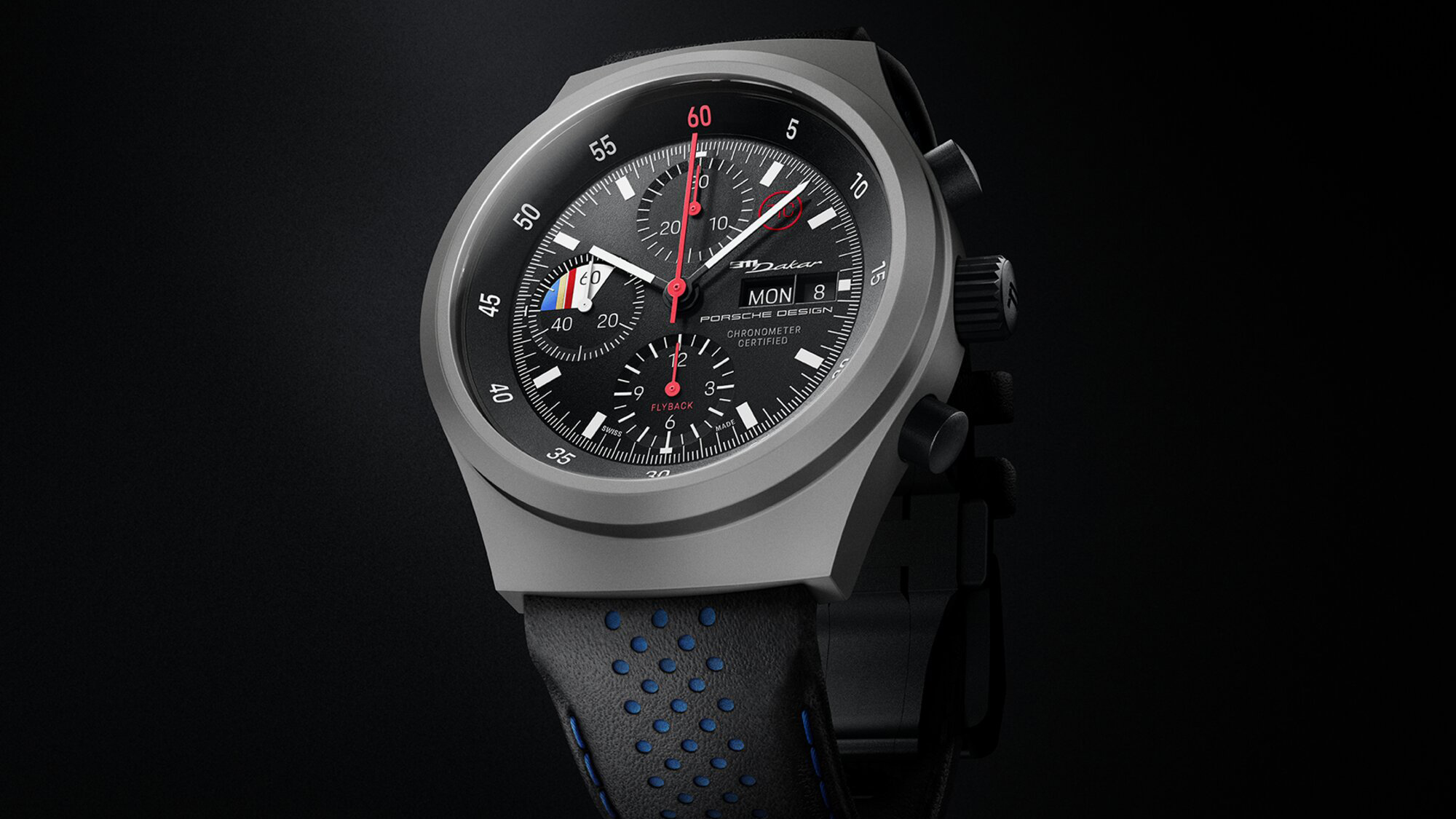 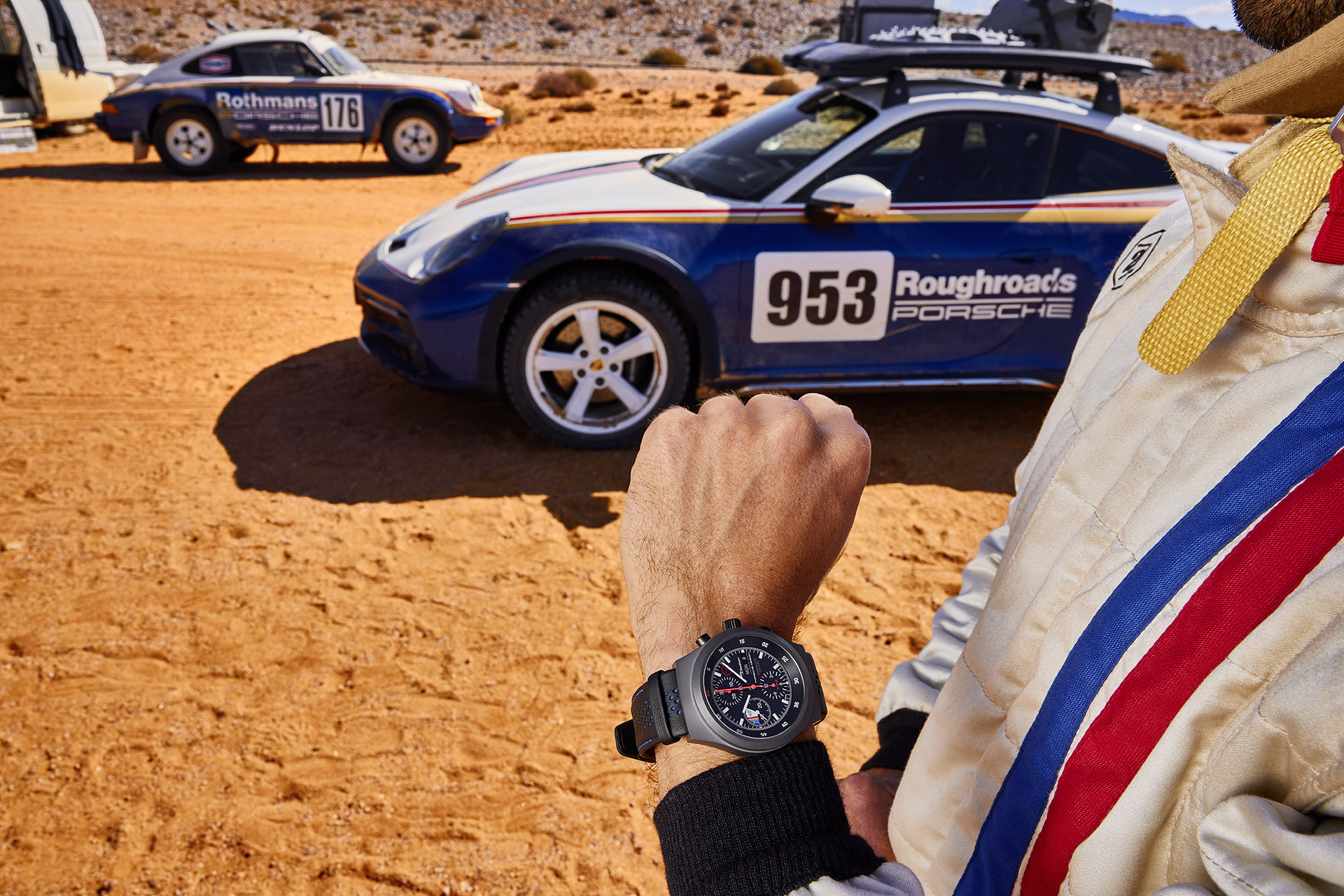 Despite its relatively low-key presence in enthusiast circles, Porsche Design has been remarkably innovative throughout its history. Alongside developing the first black-coated watch in 1972, the brand was also an early adopter of titanium, and offered genuinely unique takes on military watch design for the German Bundeswehr. For its latest release, developed to commemorate the launch of Porsche’s first-ever factory built off-road focused 911, Porsche Design combines some of its most recognizable visual cues with a new proprietary case material and a focus on functional durability. The new limited edition Porsche Design Chronograph 1 – 911 Dakar and Porsche Design Chronograph 1 – 911 Dakar Rallye Design Edition forge a striking new path forward for the brand in 2023, while paying tribute to some of both Porsche and Porsche Design’s greatest milestones. 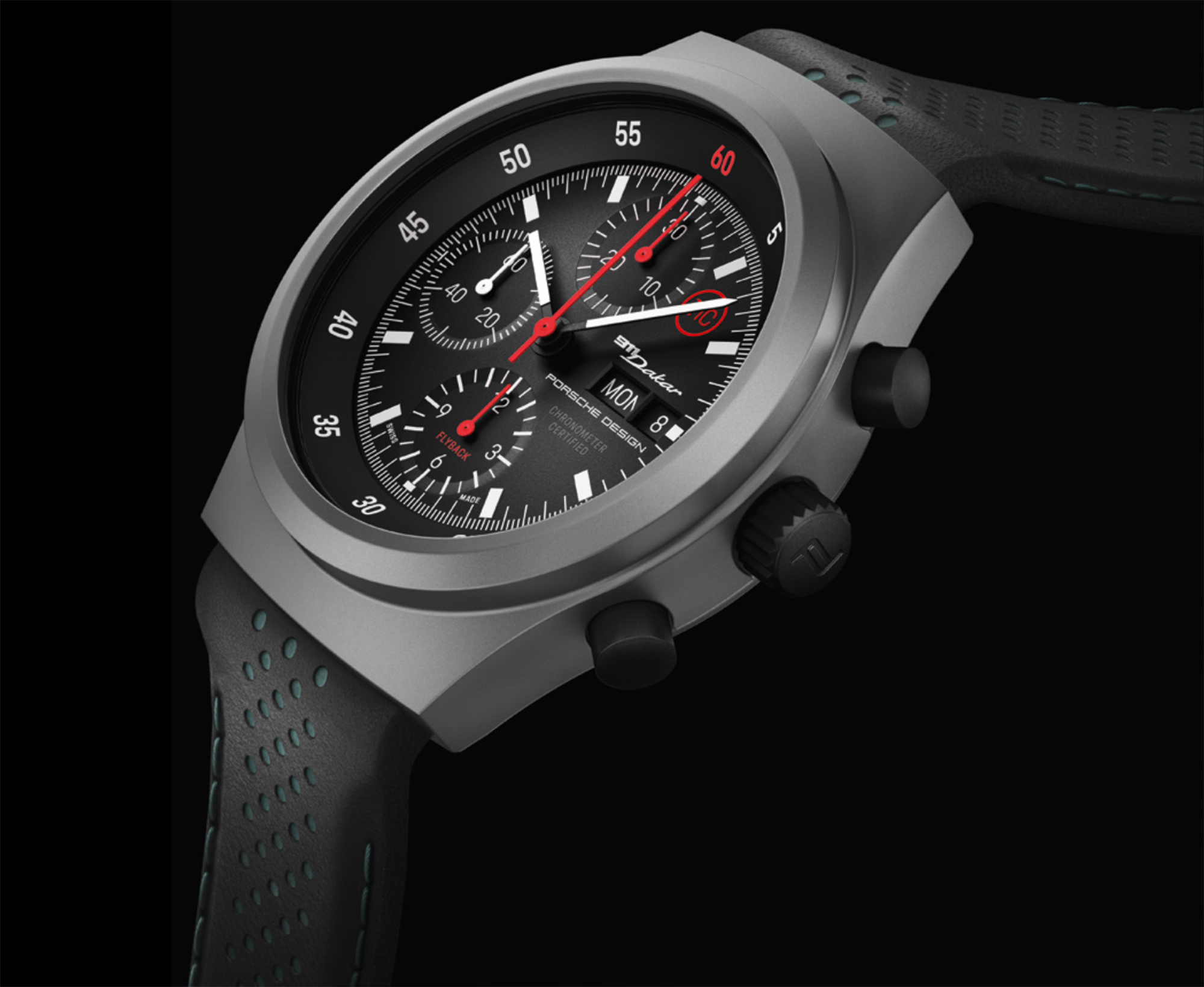 At 42.7mm-wide and a full 15.5mm-thick, the shared hooded lug case design for the Porsche Design Chronograph 1 – 911 Dakar and 911 Dakar Rallye Design Edition should carry a bold presence on the wrist. However, the overall heft should be minimized somewhat thanks to the line’s proprietary case material. For the first time in a chronograph, Porsche Design has created a case in pure solid titanium carbide, which the brand claims offers extreme durability and scratch resistance along with an overall weight even lighter than standard titanium. The overall form of this case follows the lines of Porsche Design’s classic Military chronograph series developed for the German armed forces, with a clean matte blasted finish, simple sloping bezel, utilitarian hooded lugs, and a crown with matching pushers both in contrasting black. It’s a clean, functional look in initial images, and one that smartly reflects the rugged off-roading spirit of the new Porsche 911 Dakar. Porsche Design fits the case with a sapphire display caseback, and rates the watch for a solid 100 meters of water resistance. 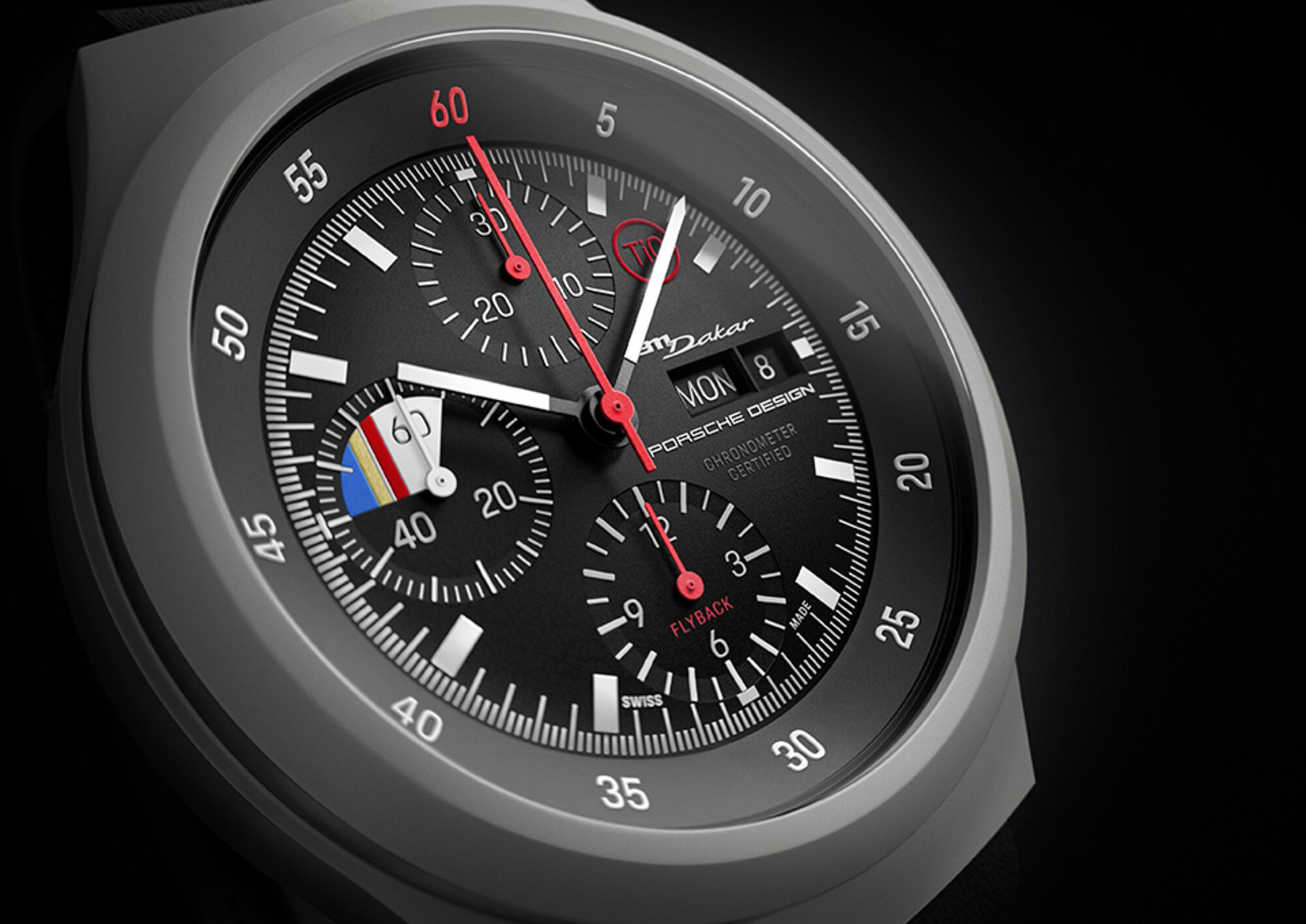 Porsche Design sets the Chronograph 1 – 911 Dakar and Chronograph 1 – 911 Dakar Rallye Design Edition apart with unique dial designs. Both watches begin with the same base dial design, which like the cases is heavily inspired by the late-’70s Lemania-powered Porsche Design Military chronograph. As one might expect with a military design, this layout is simple and function-forward in images, with an emphasis on easy legibility. The matte black dial surface uses crisp optic white dial text throughout, while the broad sloping rehaut presents open and airy minutes numerals for maximum visibility. Both the stick handset and the elemental printed hour indices are fully lumed for low-light viewing, while the central chronograph seconds hand along with the shallow chronograph hours and minutes subdials are sharply color-coded in vibrant red. Although the four lines of dial text surrounding the 3 o’clock day/date window disrupt the purposeful minimalism of the design somewhat, the display itself is handsomely balanced against the rest of the dial design in images. At 1:30, however, both dial variants add a classic Porsche Design flourish. The red “TiC” emblem in a circle refers to the titanium carbide case material here, but plays off the design of the H3 (for hydrogen-3, or tritium) lume indicator mark on the classic Porsche Design Military. For the Chronograph 1 – Dakar Rallye Design Edition, Porsche Design adds another Porsche-influenced visual touch to the 9 o’clock running seconds subdial. A segment of this subdial is given over to a stripe pattern in blue, gold, red, and white. This is an homage to the famous Rothmans tobacco sponsor livery used by Porsche’s factory racing team in the ‘80s, including for the Porsche 959 that scored overall victory at the 1986 Paris-Dakar Rally. It’s a touch that toes the line between subtlety and vibrance in images, and without overt surrounding branding it works as a sleekly integrated nod to the Porsche cognoscenti. 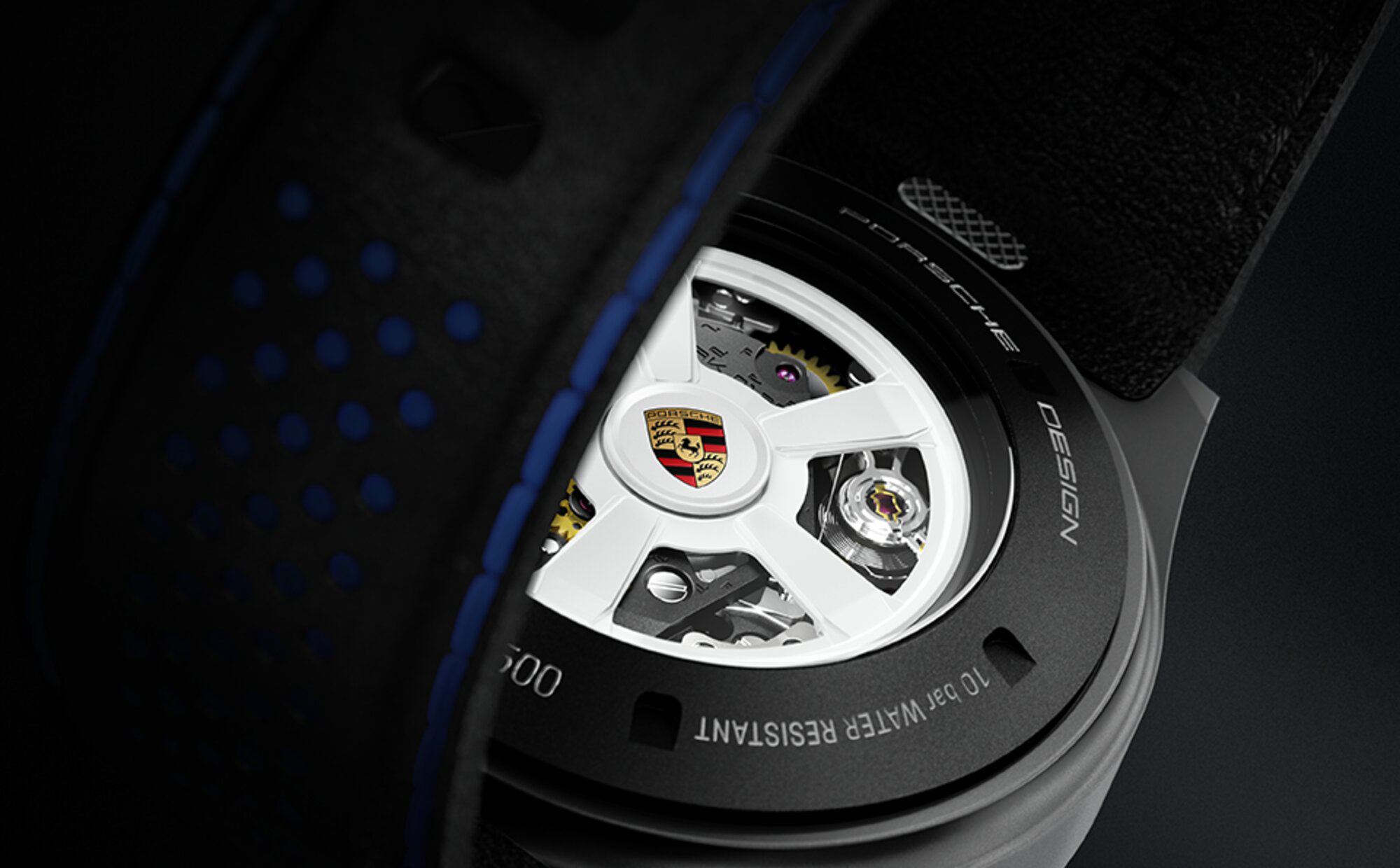 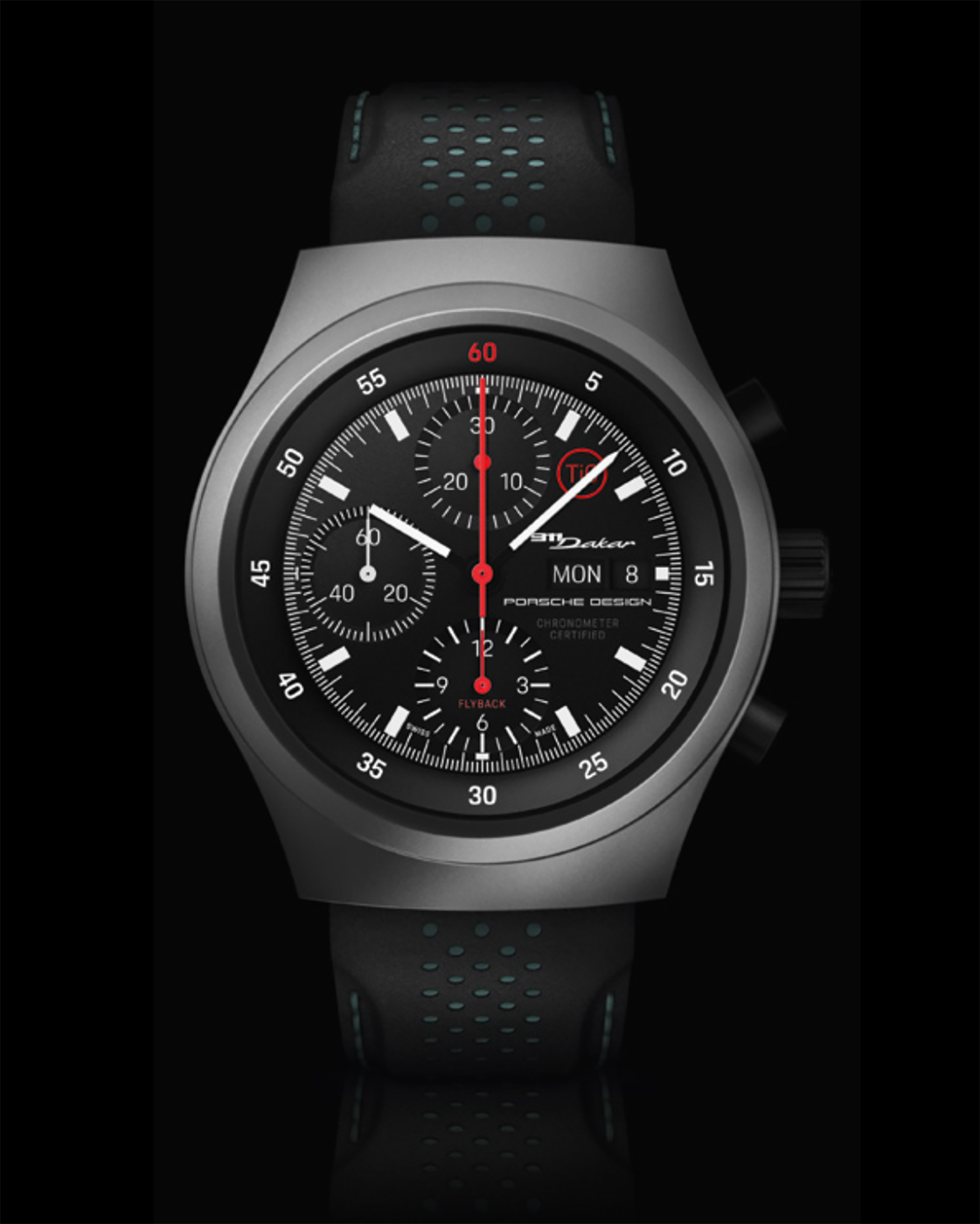