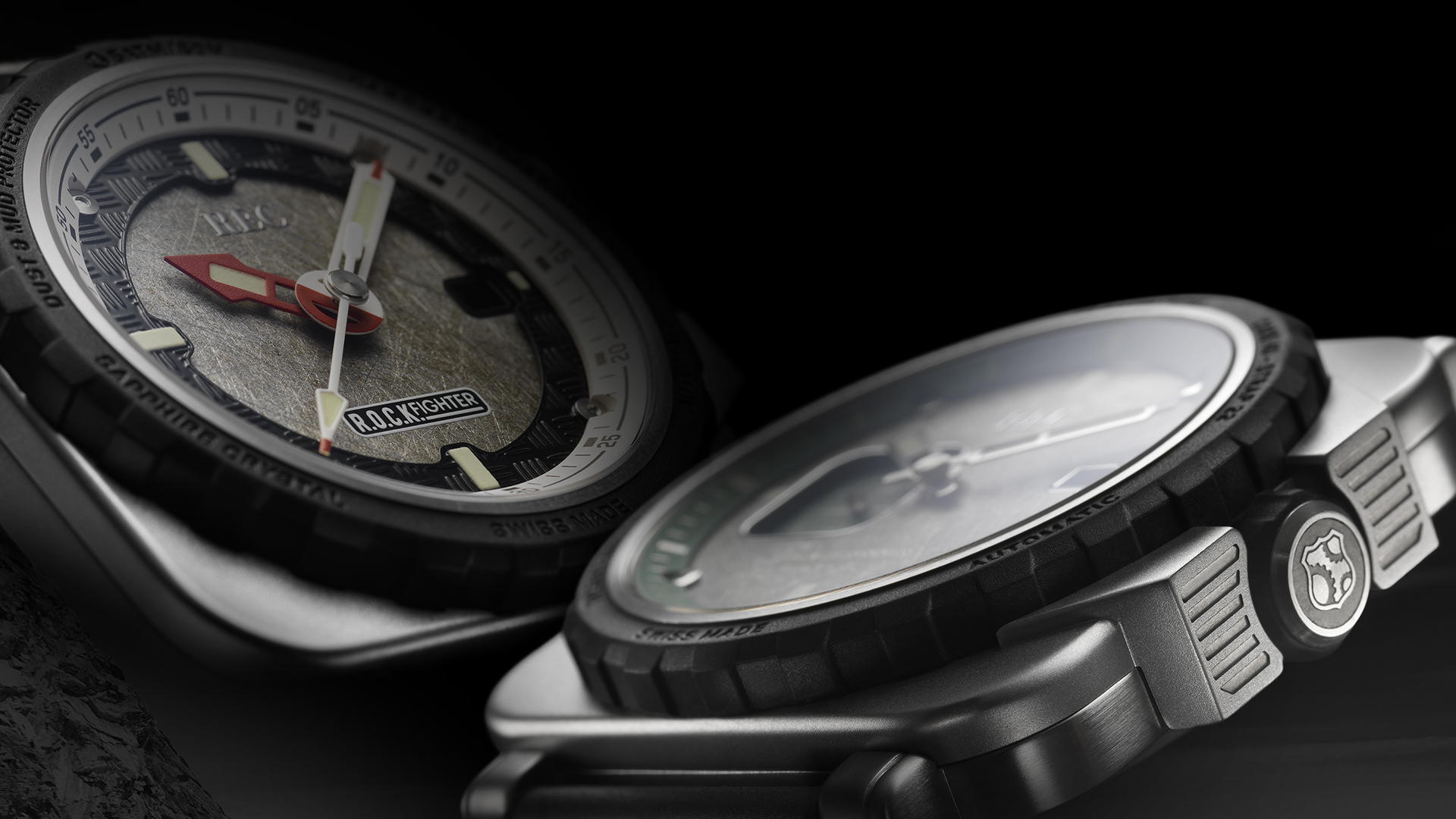 One of the most fascinating trends to emerge in luxury watches over the past decade or so has been the inclusion of historic materials in watch design. Brands have included everything from moon dust to pieces of the Wright Flyer into limited-edition timepieces in the last few years, but one of the most accessible and prolific brands in the space is Danish marque REC. Incorporating reclaimed body panels from such classic cars as the Ford Mustang, Porsche 911, and the original Mini Cooper, REC has built a distinctive name for itself in the collector community for its unorthodox and automotive-inflected designs. For its latest releases, the brand has turned its attention to an off road icon: Land Rover. Incorporating body panels from a 2003 Land Rover Defender 110 and a 1981 Land Rover Series III, respectively, the limited edition REC RNR Rockfighter and REC RNR Beachrunner explore two very different aspects of the classic British automaker with a chunky off-road-inspired design. 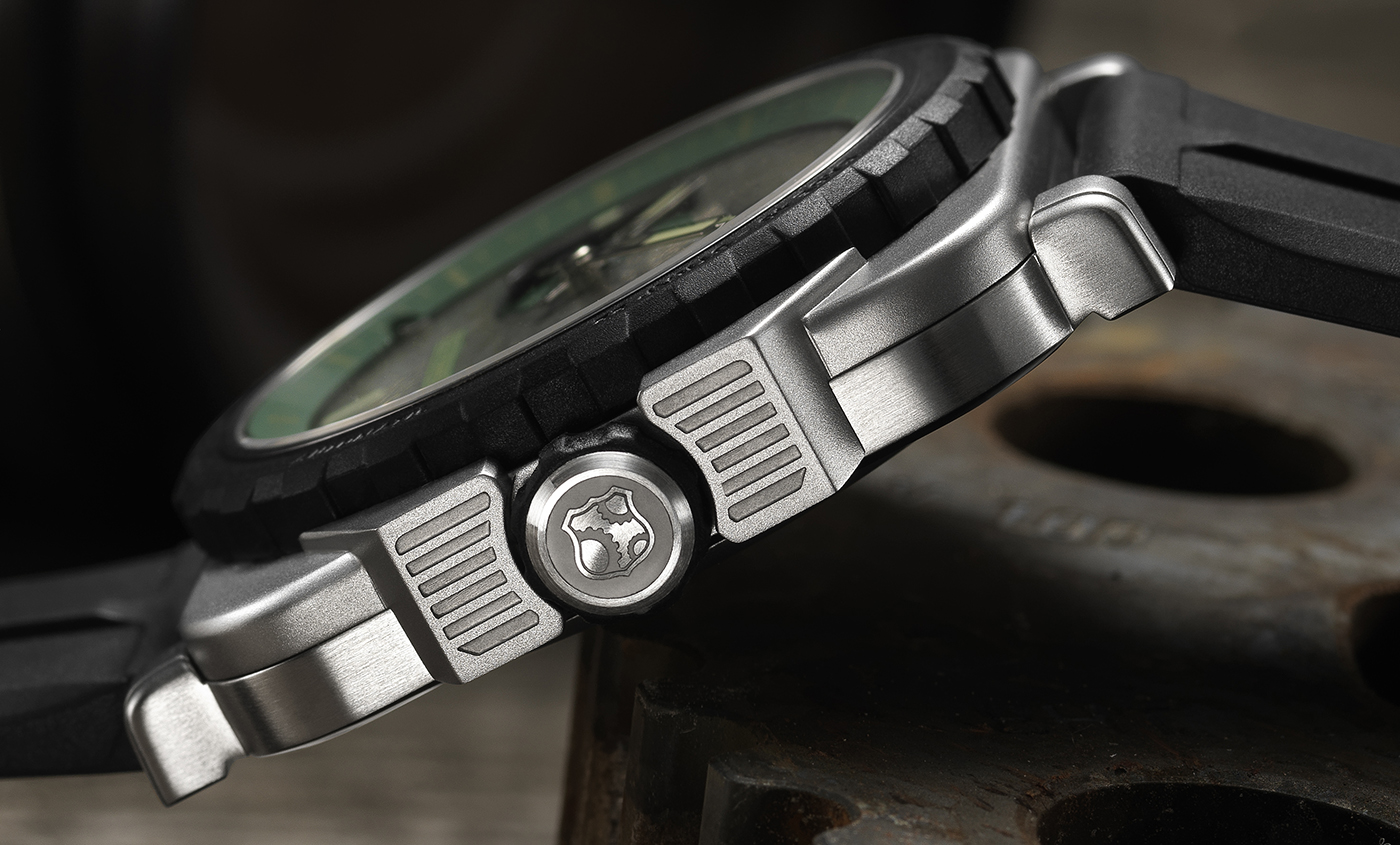 Both the limited-edition REC RNR Rockfighter and REC RNR Beachfighter start with the same 40mm stainless steel case. While at first glance, this is a modernist rounded square form à la Bell & Ross, Land Rover aficionados will recognize this as the outline of the classic Land Rover headlight bezel shape. Another Land Rover nod comes through in the tall squared-off crown guards, which, viewed from the 3 o’clock side of the case, are made to echo the design of early Land Rover grilles. The caseback design includes another off-road hallmark, with the REC emblem at the center of a stylized five-bolt Land Rover steel wheel. This caseback is also the first area in which the two models differentiate themselves, as the more aggressive RNR Rockfighter adds a diamond-plate pattern to the caseback engraving. The final Land Rover touch to the case design for these models is the black rubberized bezel, with a wide-toothed edge meant to simulate the classic hood-mounted spare tire on early Land Rover models. The overabundance of text on this bezel, with specifications ranging from “Swiss Made” to “Sapphire Crystal,” detracts somewhat from the otherwise clean and simple case layout. Taken as a whole, however, the case designs for both models are fresh and sporty, while the Land Rover elements are subtle or abstract enough not to detract from the overall visual flow. For a tough, off-roading-inspired sports watch, however, the 50-meter water resistance rating feels a touch low. 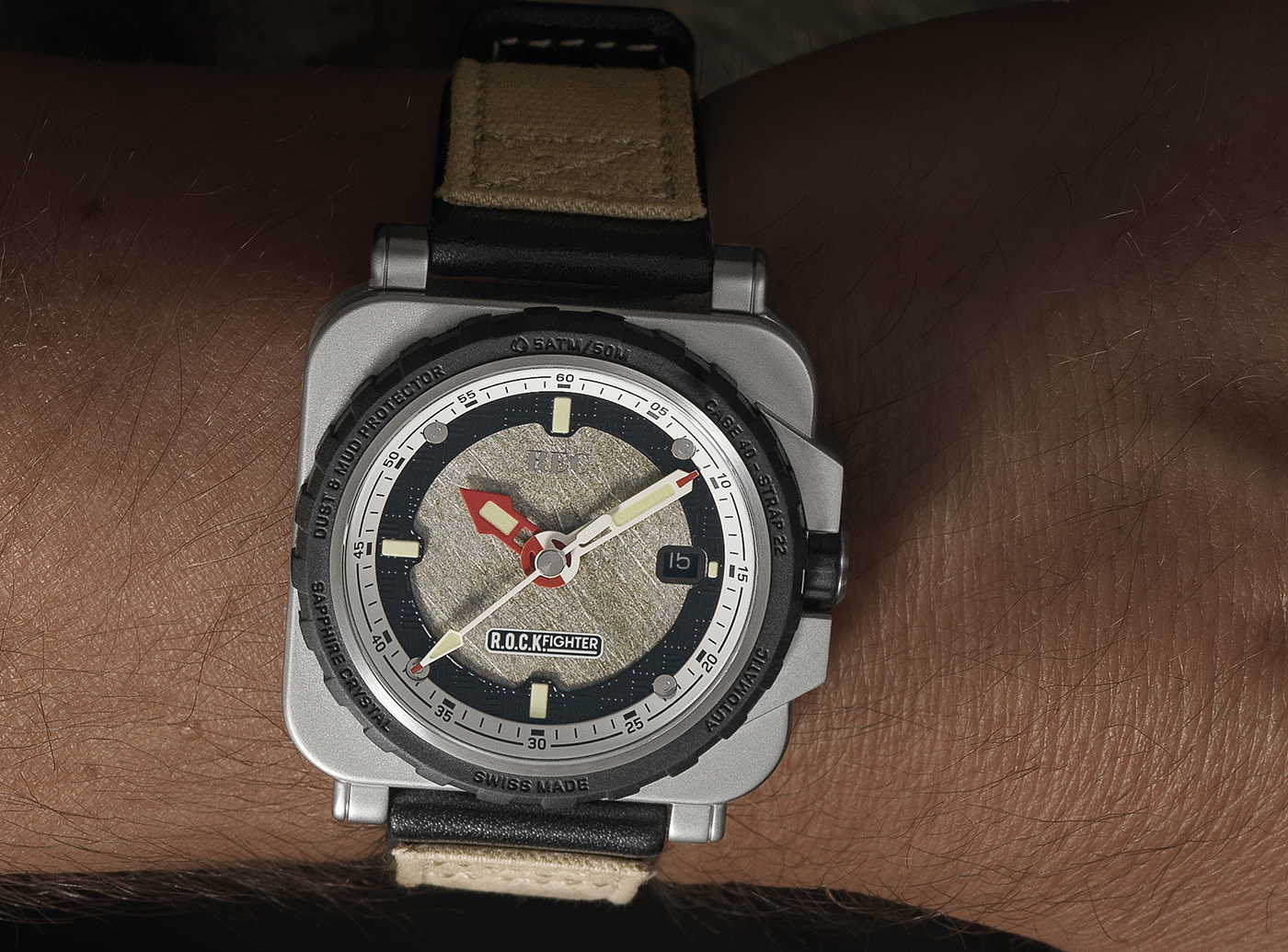 The largest point of divergence between these two models is the dial design. The limited-edition REC RNR Rockfighter is undoubtedly the more aggressive of the pair, with a more angular look. This begins with an applied inner ring in black diamond plate, along with the bright red and white semi-skeleton handset designed to evoke the needle of a compass. Of course, the main selling point of REC’s designs is the reclaimed elements of classic cars, and for the RNR Rockfighter, this comes courtesy of the left door of a customized 2003 Land Rover Defender 110. This particular Defender 110 was an accomplished trail runner, having traveled difficult off-road routes in Morocco, Corsica, Sardinia, and Iceland, and its raw sheet metal forms a one-of-a-kind canvas for each example of the Rockfighter. The dull gray surface features a random pattern of scratches and wear that helps to communicate the rugged inspiration for the watch. 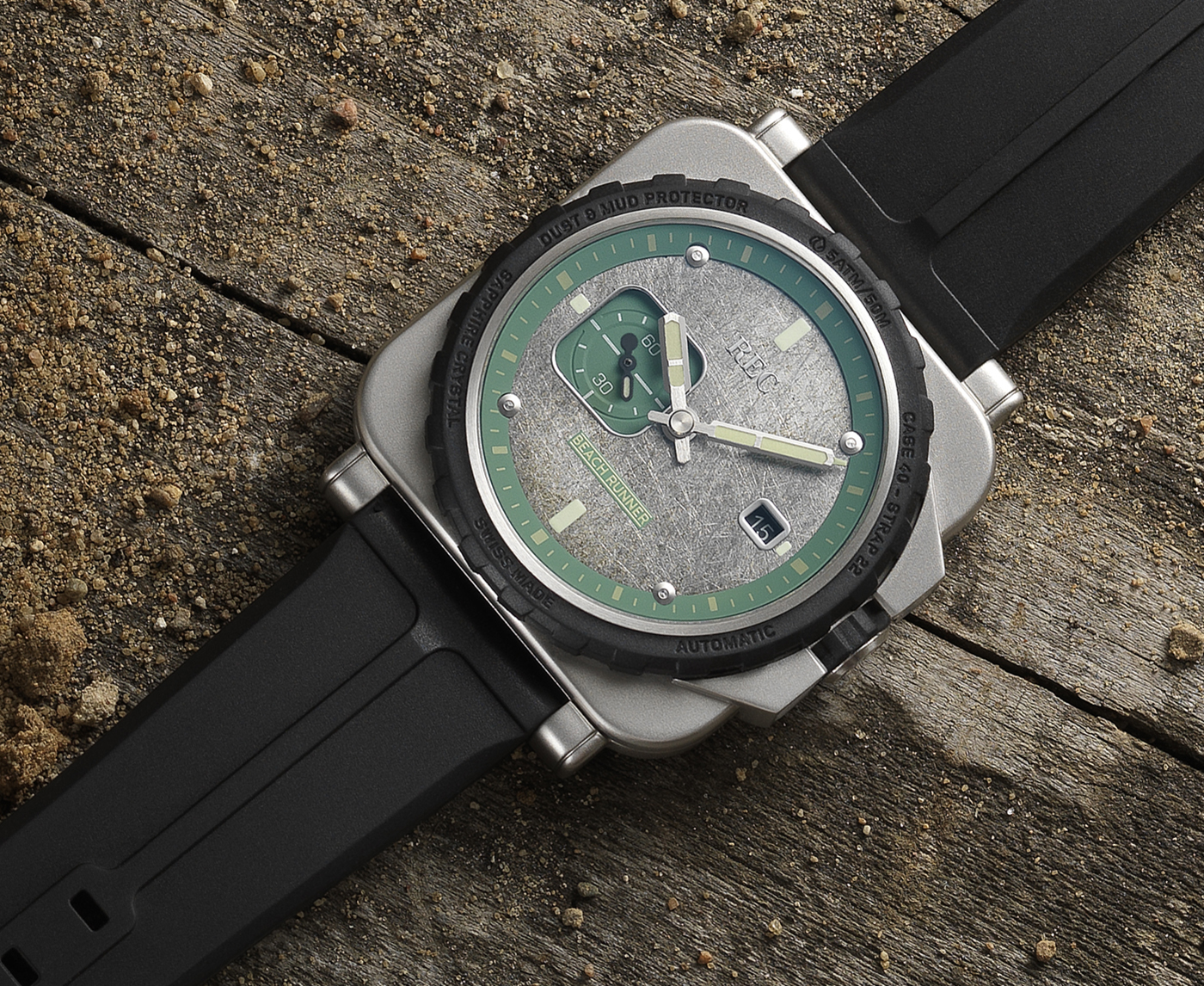 On the other end of the Land Rover spectrum is the limited-edition REC RNR Beachrunner. Compared to the Rockfighter, the Beachrunner is a much more laid-back, casual expression, with more of a vintage vibe. The minutes track here is a much more conventional rehaut in a slightly muted seafoam green. While an odd color to use in a vacuum, in photos, this green looks to capture the look of early Land Rover paint colors well. An added pop of seafoam comes through the 9 o’clock small seconds subdial, with a clean sector dial design inspired by the speedometer of the Land Rover Series III. The central hour and minutes hands are wide-lumed batons, keeping with the more retro overall feel. Like all other REC designs, the main dial surface is sourced from a classic car, in this case, the roof panel of a 1981 Land Rover Series III. Like the Rockfighter, the RNR Beachrunner’s bare sheet metal dial features s a random pattern of scratches and wear that helps to sell the patinated vintage feel. 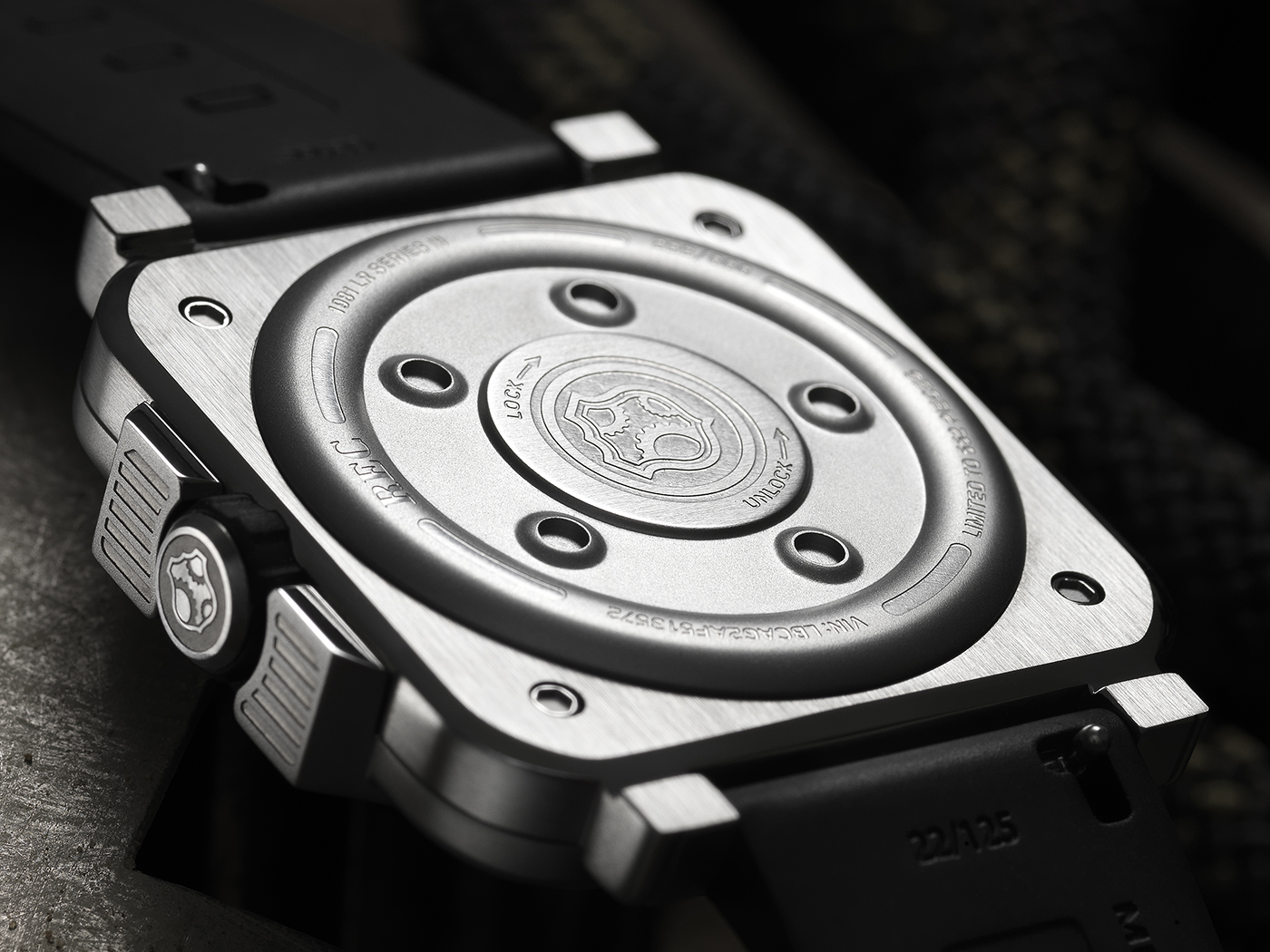 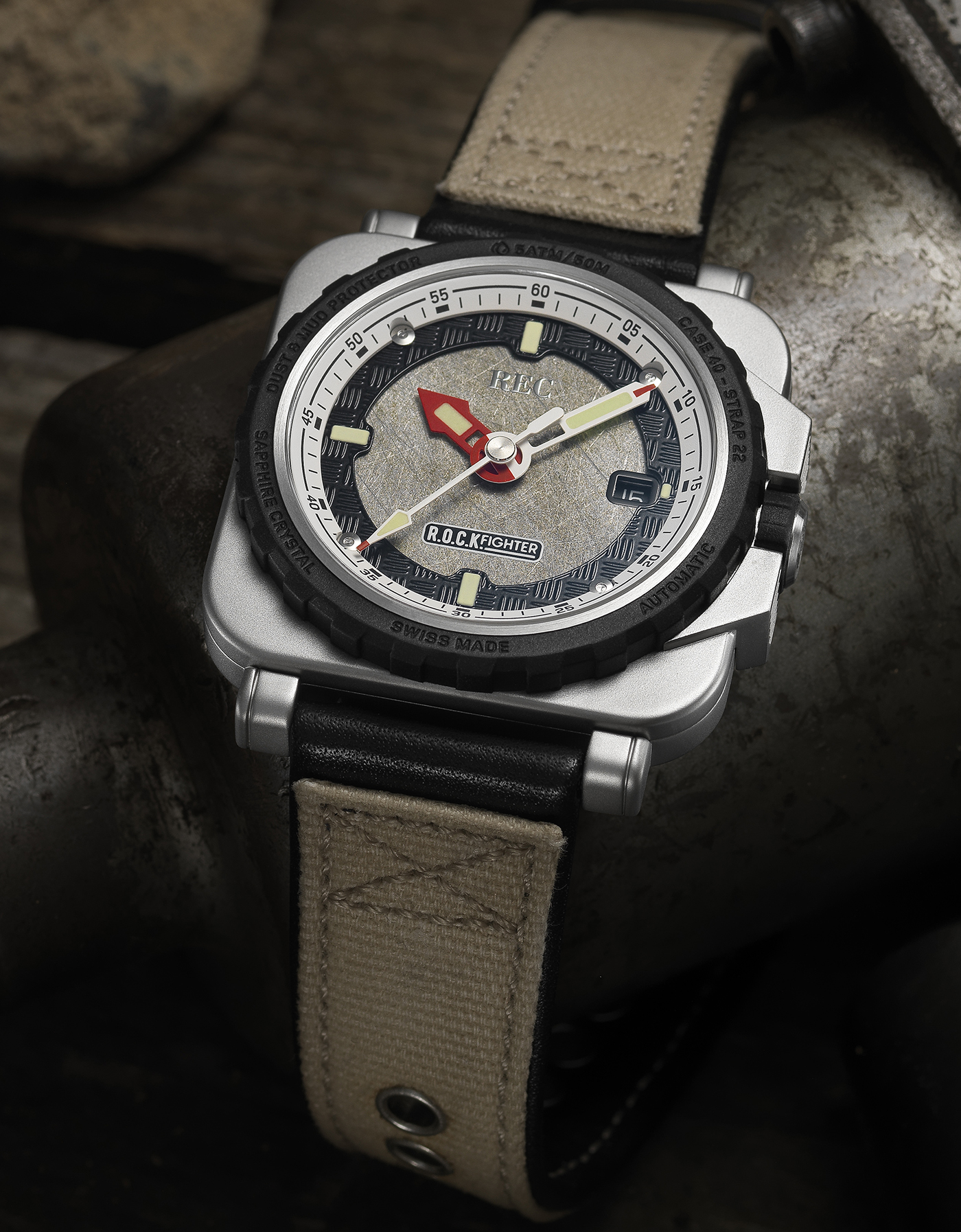 The REC RNR Rockfighter and REC RNR Beachrunner receive very distinctive strap choices, both reflecting the unique character of each design. For the RNR Rockfighter, the strap is rugged black leather topped with khaki canvas, with a stitch pattern reminiscent of the Land Rover Defender 110’s hood straps. The RNR Beachrunner goes with a simpler and more aquatic strap choice, a black rubber strap featuring a prominent central ridge. 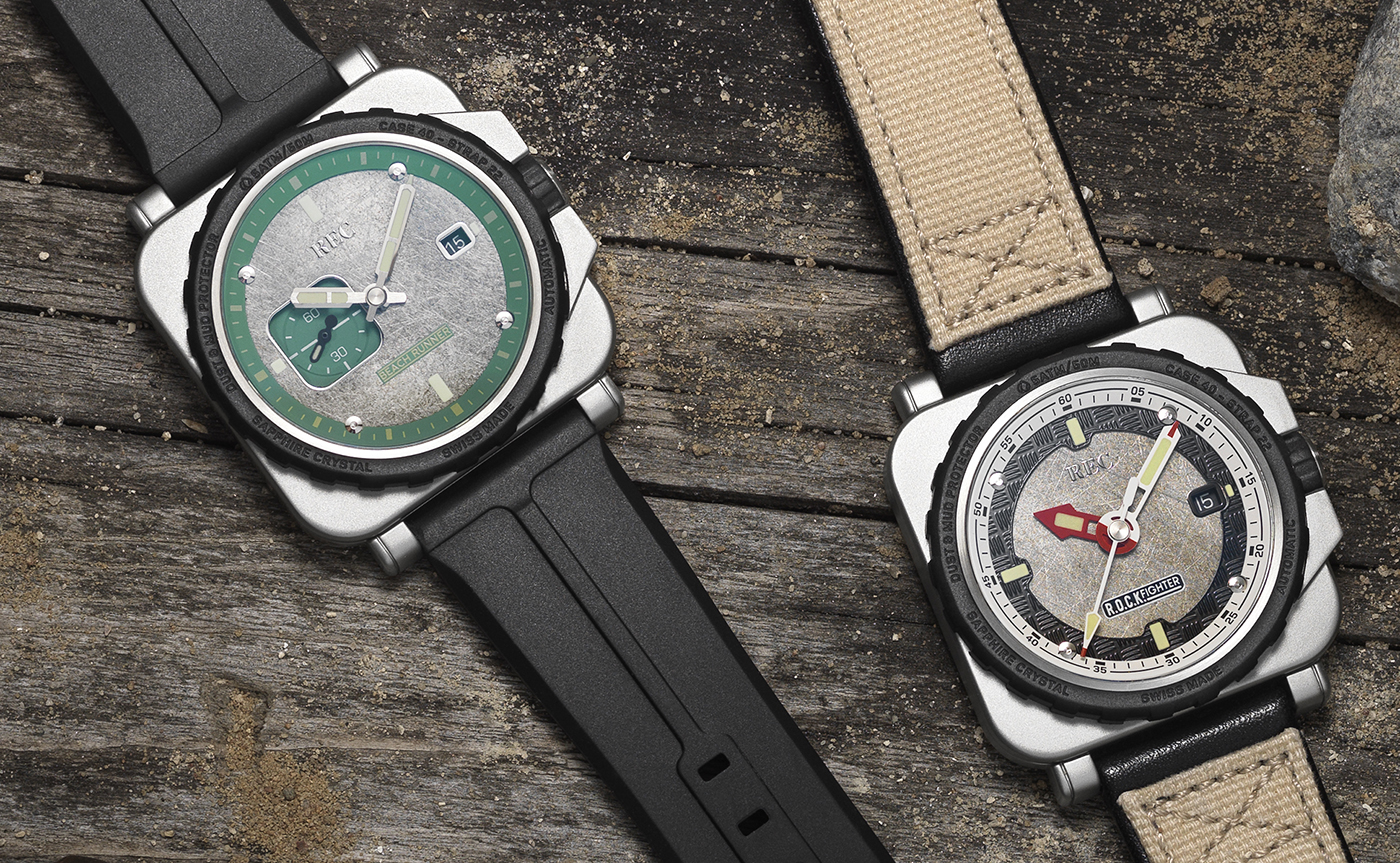 With the limited edition RNR Rockfighter and RNR Beachrunner, REC has expanded its garage of automotive-inspired designs with a pair of interesting and distinctive sports watches. Both models are limited editions. Only 463 examples of the REC RNR Rockfighter will be made, while production of the REC RNR Beachrunner will be limited to 552 pieces. Both models are available for preorder now online, at an MSRP of $1,795. For more information, please visit the brand’s website.