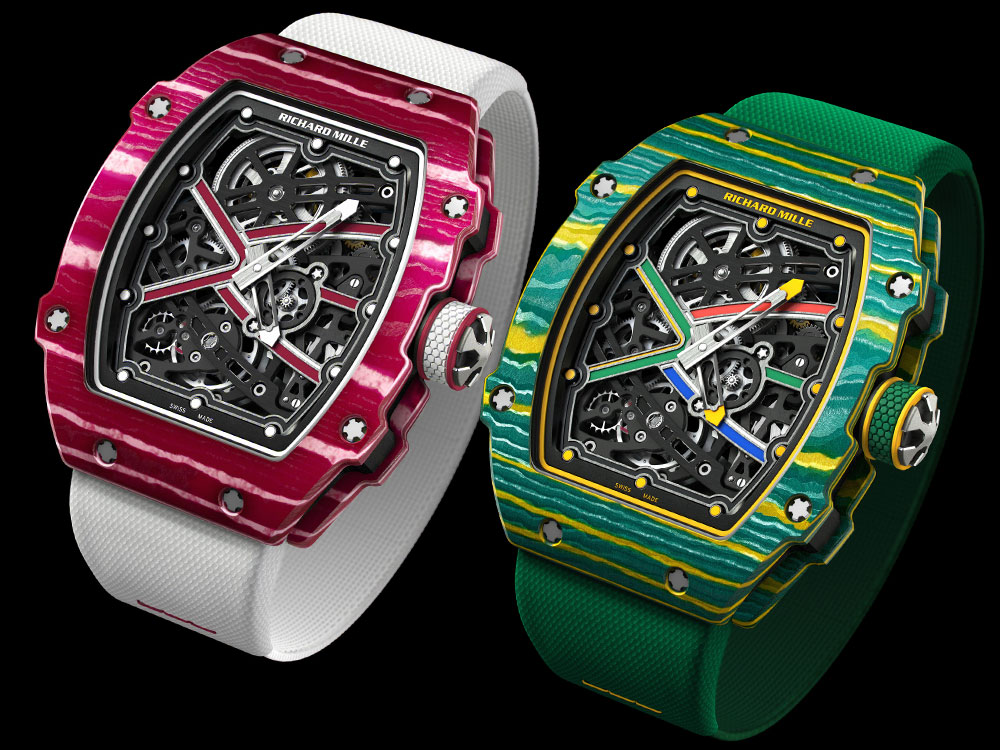 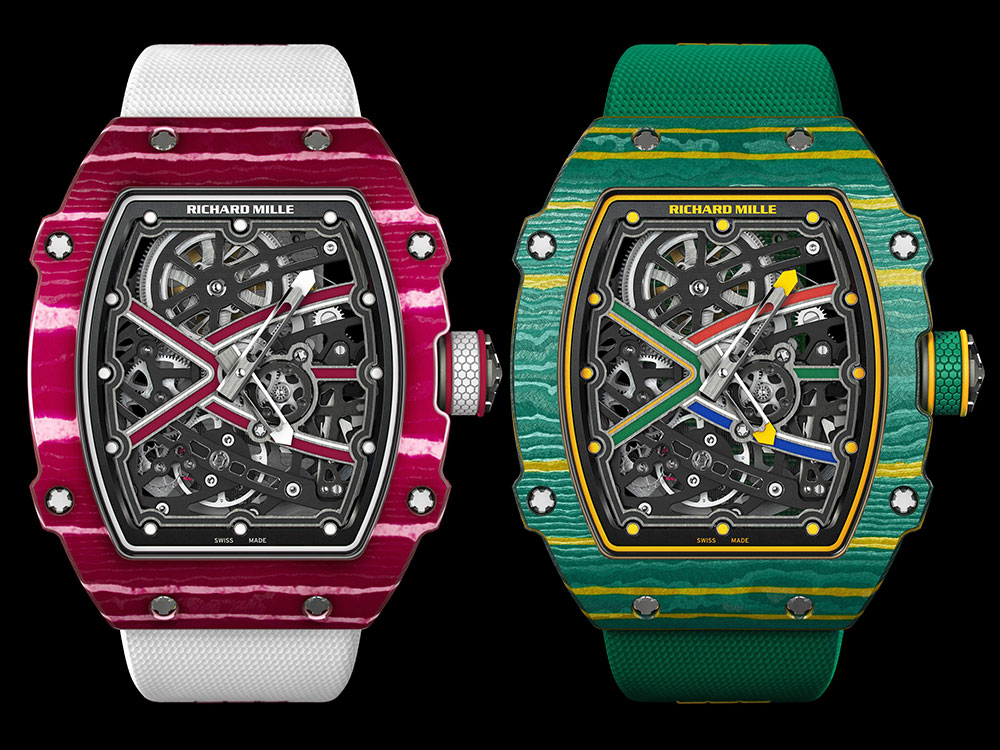 Richard Mille enjoys a close association with many of the world’s top athletes. And with the 2017 World Championships in Athletics due to take place in early August in London, Richard Mille has announced a pair of special watches for two of its newest ambassadors, Olympic medallists Mutaz Essa Barshim and Wayde van Niekerk. These new watches are called the Richard Mille RM 67-02 High Jump and RM 67-02 Sprint, for the athletes’ respective events. 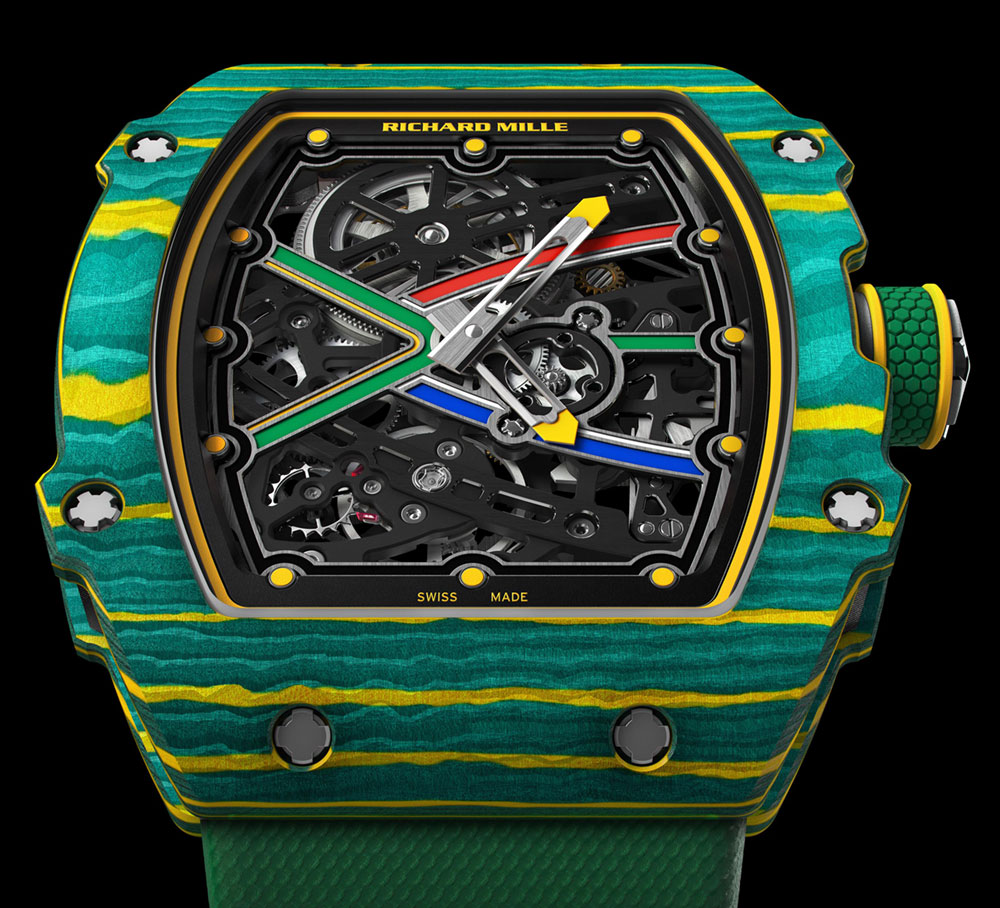 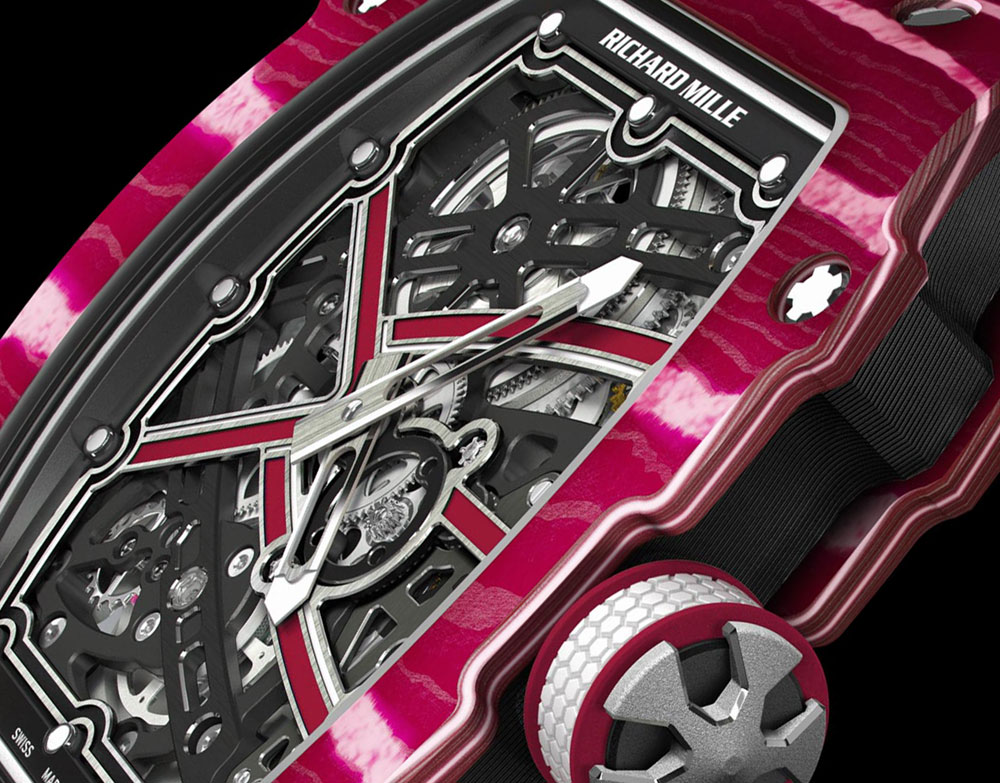 Before we talk about the watches, it is necessary to talk first about Richard Mille’s newest ambassadors. Mutaz Essa Barshim is a Qatari high jump specialist and currently holds the national record and Asian record in high jump with a best mark of 2.43 meters. He won a silver medal at the 2016 Olympics. On the other hand, Wayde van Niekerk hails from South Africa and is the current 400-meter world record holder, world champion, and Olympic champion. He also holds the world’s best time in the 300-meter. And that’s not all, as he is also the only sprinter in history to have run the 100 meters in under 10 seconds, the 200 meters in less than 20 seconds, the 300 meters in less than 31 seconds, and the 400 meters in under 44 seconds. 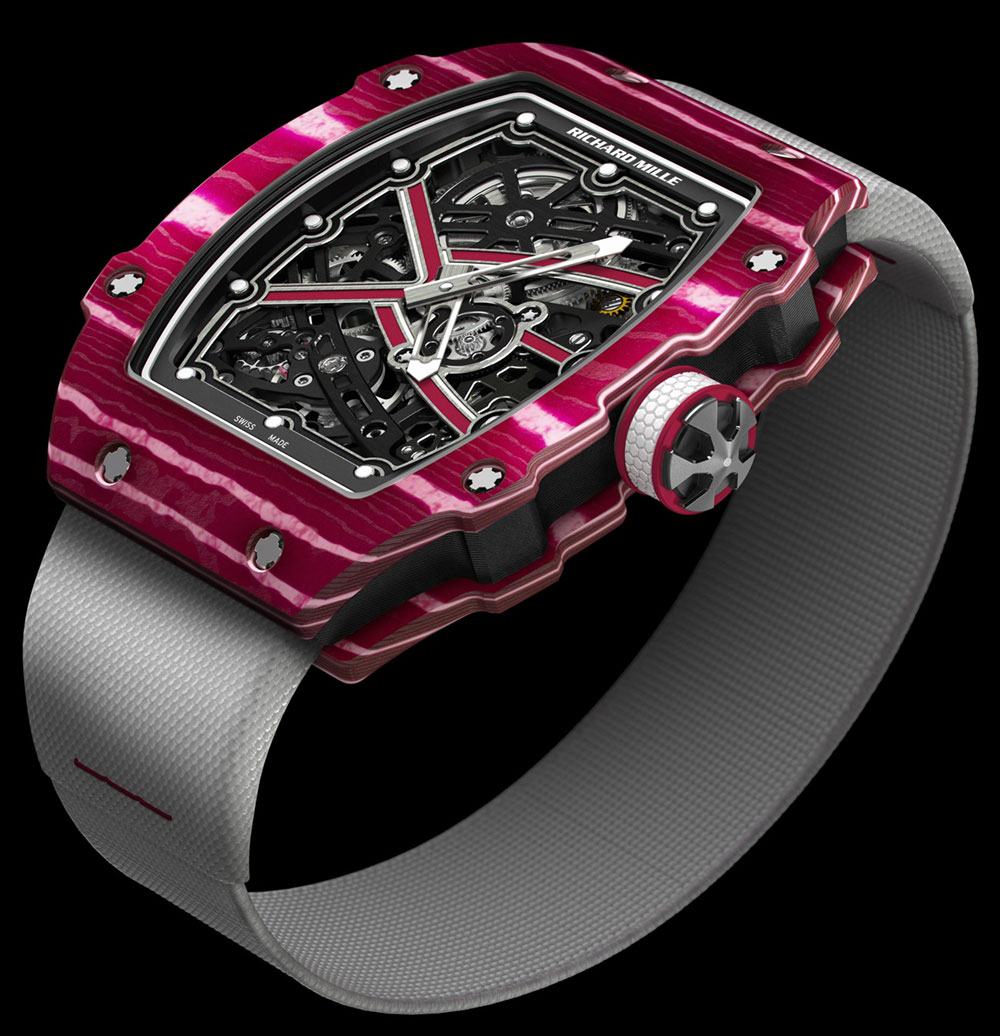 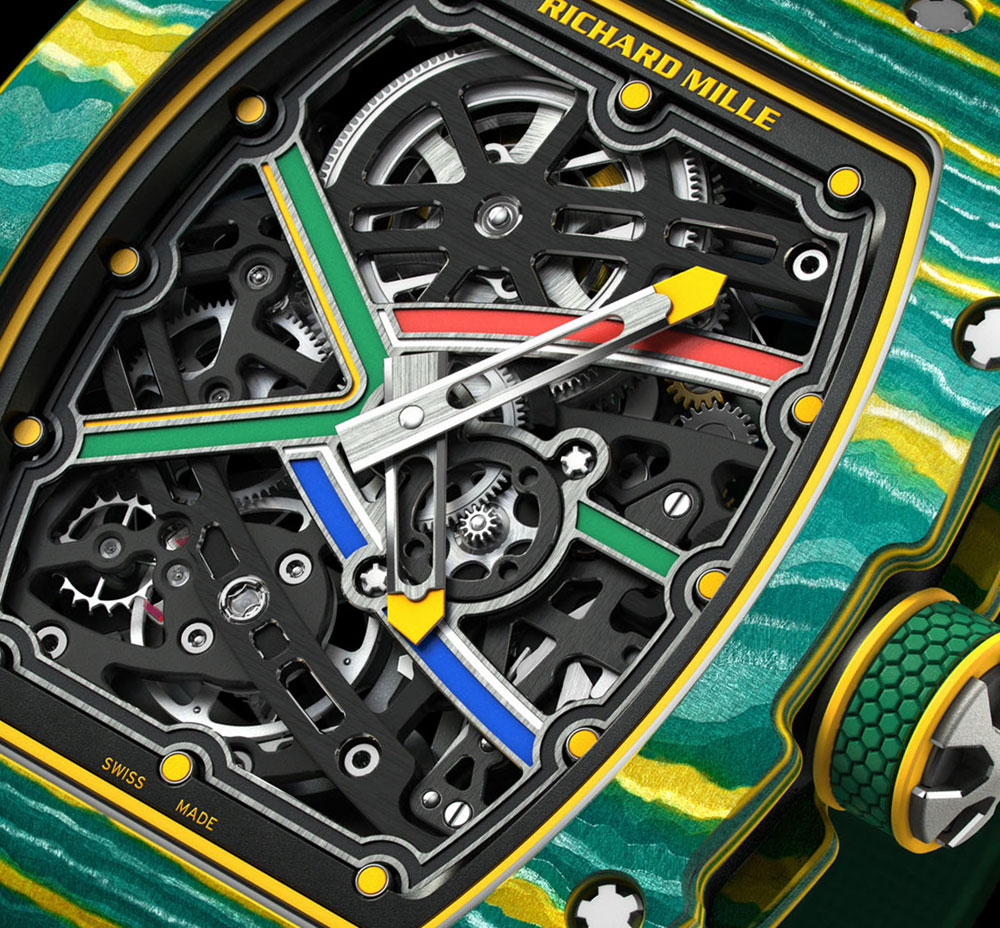 Impressive athletes for sure, but surely also impressive are the new Richard Mille RM 67-02 Sprint and High Jump watches. The RM 67-02 is based on the earlier Richard Mille RM 67-01 (hands-on here) and can be said to be the sports version. The two RM 67-02 watches have the same movement as the RM 67-01, but have different cases that have been designed specifically for the two athletes. 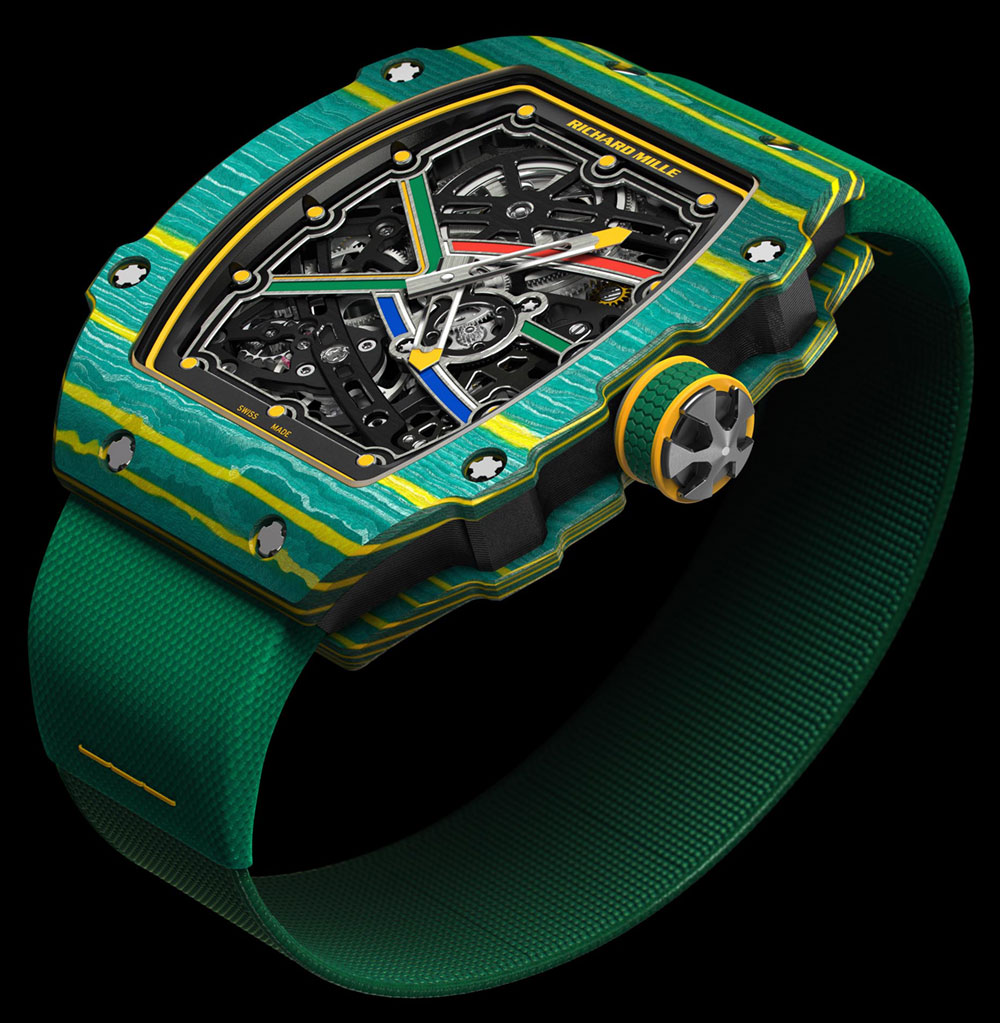 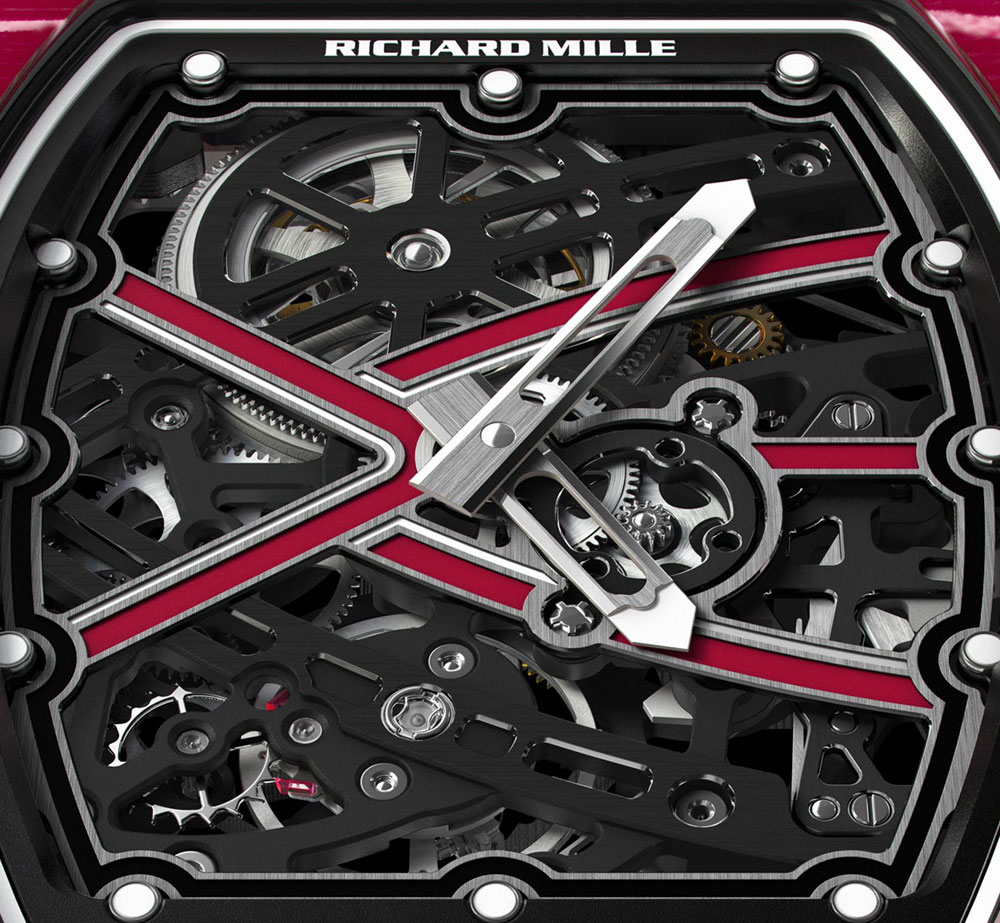 The two Richard Mille RM 67-02 watches weigh just 32g each, which makes them Richard Mille’s lightest automatic watches ever. This is achieved thanks to ultra lightweight materials used throughout the watch. The brightly colored top and back sections of the case are made out of super light but strong Quartz TPT, as we have seen before in watches such as this RM 35-02 watch for Rafael Nadal, while the case middle is made out of Carbon TPT. But that’s not all. The screws used to secure the case are made out of Grade 5 titanium and so are the base plates and bridges used in the movement. 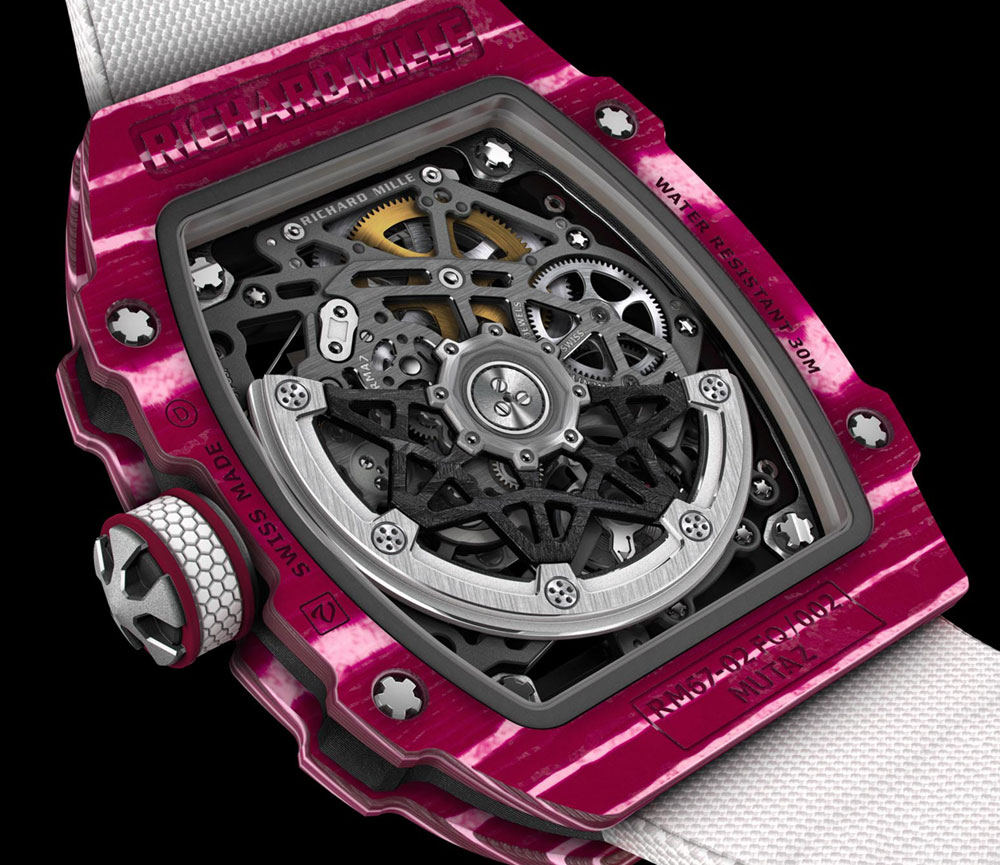 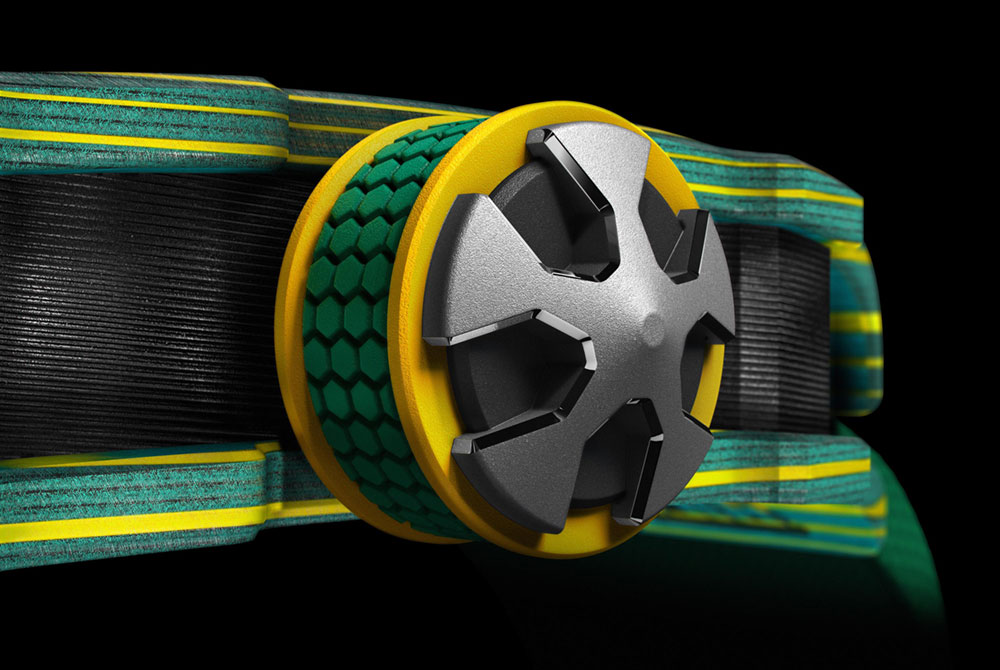 It also helps that the RM 67-02’s case is rather petite (for a Richard Mille, at least). Case diameter is 38.7mm and 47.5mm lug to lug. Thickness is a scant 7.8mm, making it one of Richard Mille’s thinner watches. Water resistance is only 30m, so it should be able to withstand sweaty athletes – if not much more liquid than that. 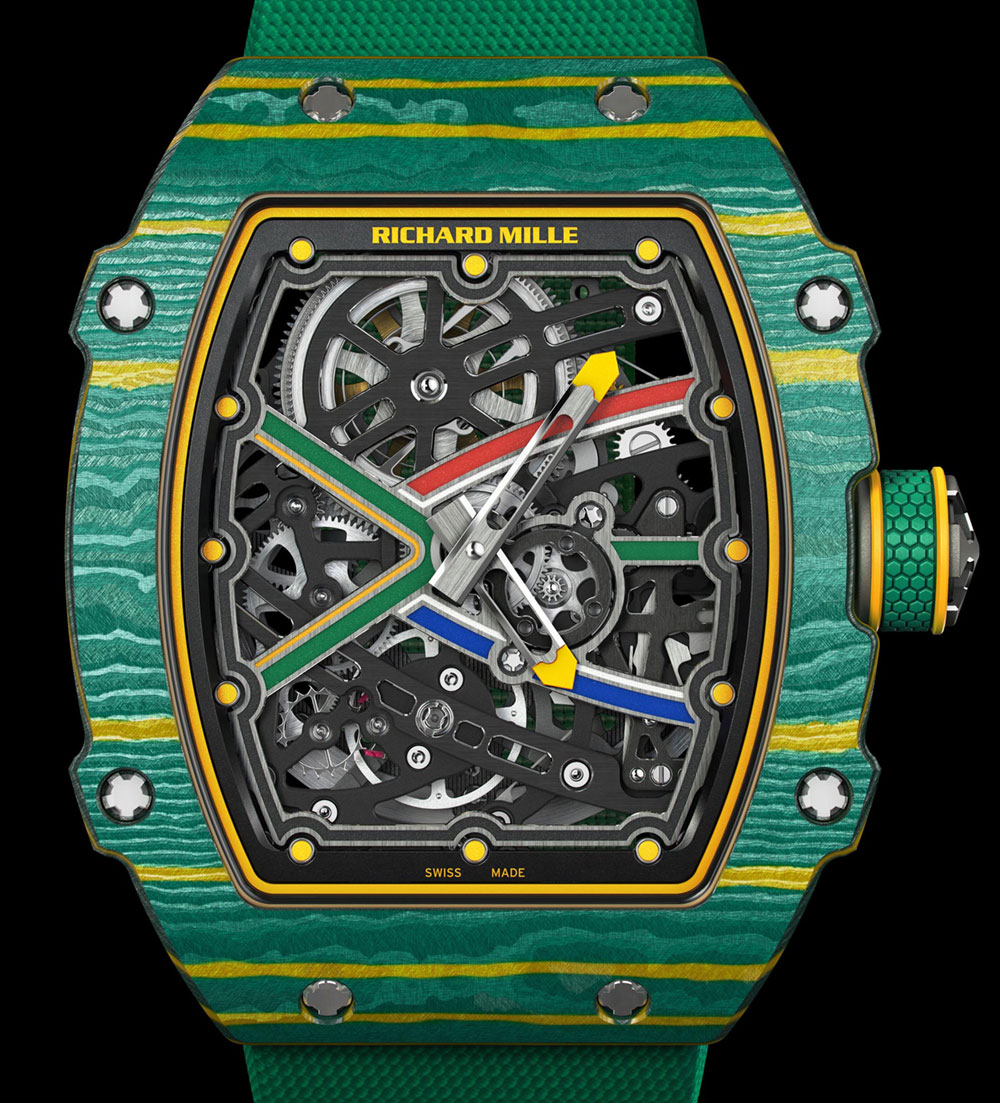 The two watches are actually identical and only differ in terms of colors, which – even though they might look more like flavors of ice cream – represent the flags of the athletes’ countries. The Richard Mille RM 67-02 Sprint, which was made for Wayne van Niekerk, is decorated with the colors of the South African flag and features a bright green case with yellow accents. On the other hand, the Richard Mille RM 67-02 High Jump, made for Mutaz Essa Barshim, is decorated with the colors of the Qatari flag and features a deep red case with white bands. 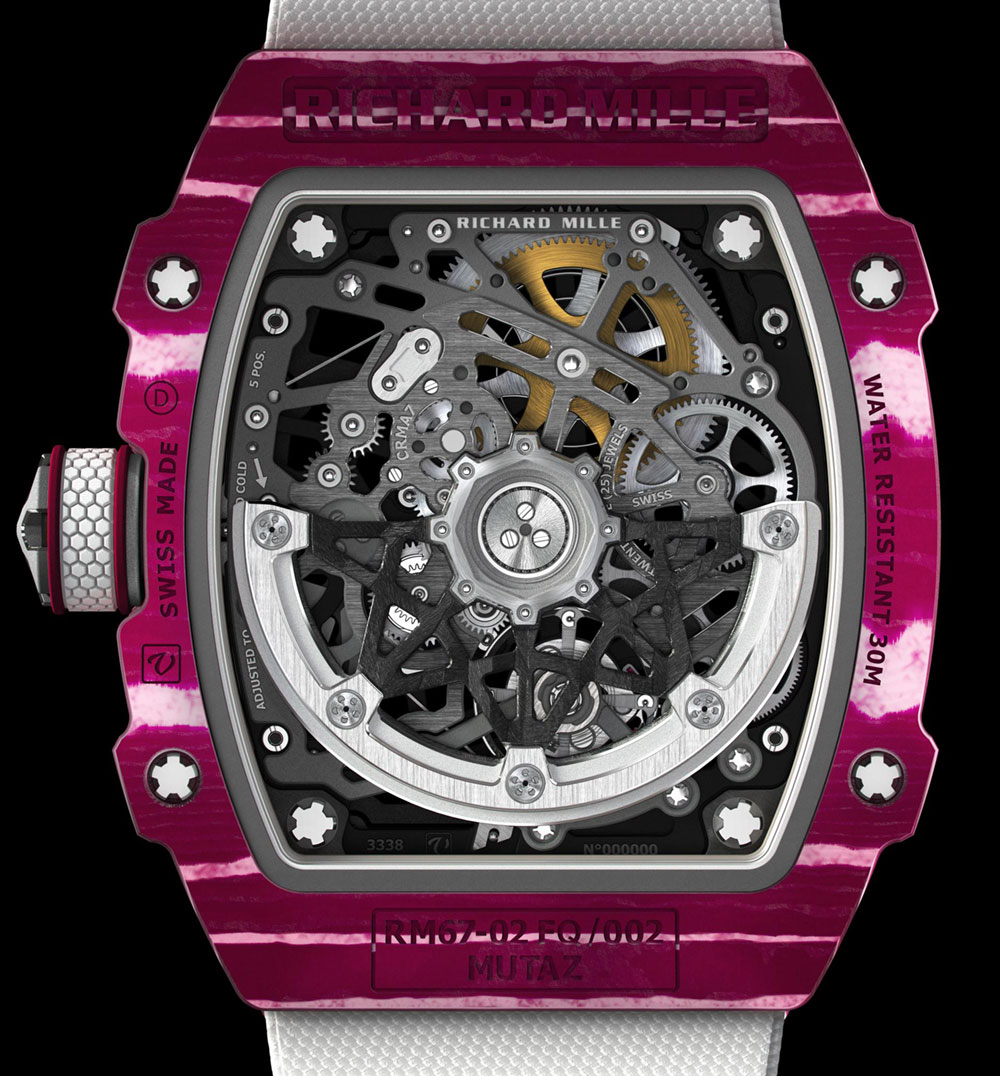 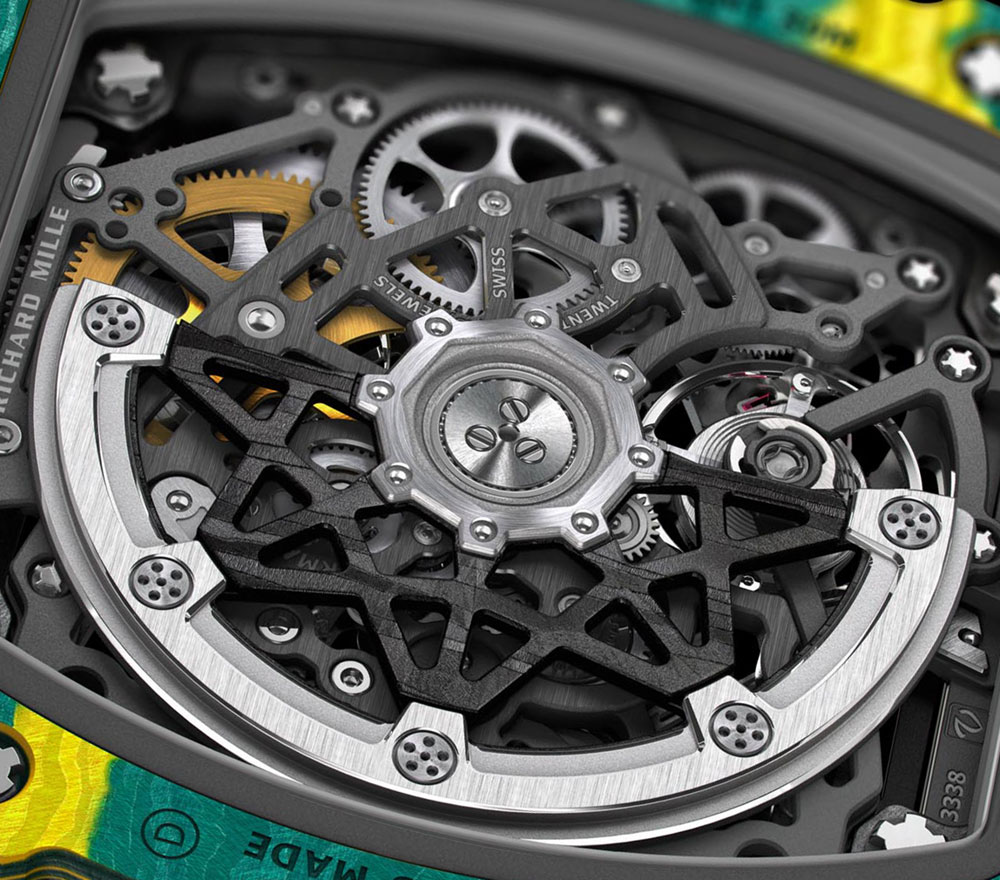 Powering the two watches is the caliber CRMA7, a skeletonized self-winding movement that is made mostly out of titanium. The rotor is made out of Carbon TPT to reduce weight, but the ends are made out of white gold to ensure winding efficiency. The movement has a very technical and somewhat industrial look, but it is actually very highly finished with micro-blasted sinks and anglage, gray and black electro-plasma treatment for the baseplate and bridges, circular finishing on the wheels, and more as is to be expected from Richard Mille.

One of the interesting things about Richard Mille’s association with top athletes is that, as is famously the case with Rafael Nadal, part of the deal is that the watches are worn during the actual athletic events, which subjects them to uncommon tests of their durability. This is all the more striking considering the average price of a Richard Mille watch, and that tradition continues with these two new watches. The overall styling is bright and brash, but that is the point for so many of the brand’s watches, and you cannot deny that the specifications are impressive – 32g for a self-winding watch is remarkable. You can expect to see these watches on the wrists of Mutaz Essa Barshim and Wayde van Niekerk at the 2017 World Championships in Athletics, which will take place in London from August 5 to August 13. The Richard Mille RM 67-02 Sprint and High Jump are priced in the UK at £116,000 with taxes. richardmille.com