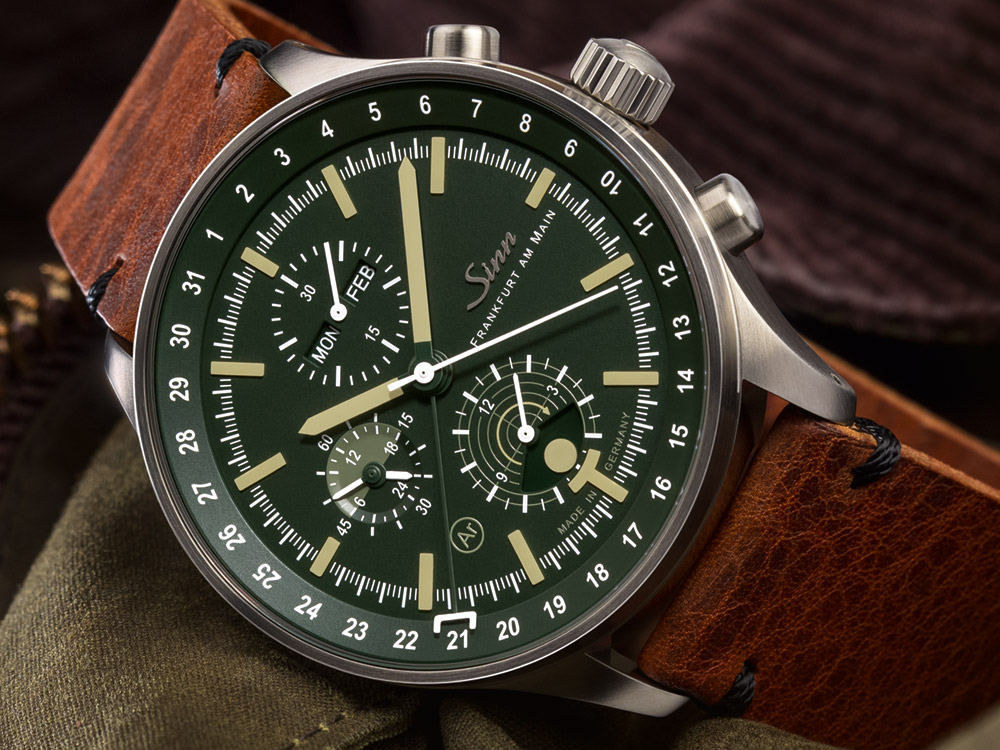 You don’t have to live in a household where the first week of November is an observed holiday to appreciate the arrival of Sinn‘s yearly “Jagduhr” (hunting watch) collection – this year taking the form of the Sinn Hunting Watch 3006. Hell, even if your “holy trinity” doesn’t happen to include Smith & Wesson or Cabela’s – you still might want to keep reading. 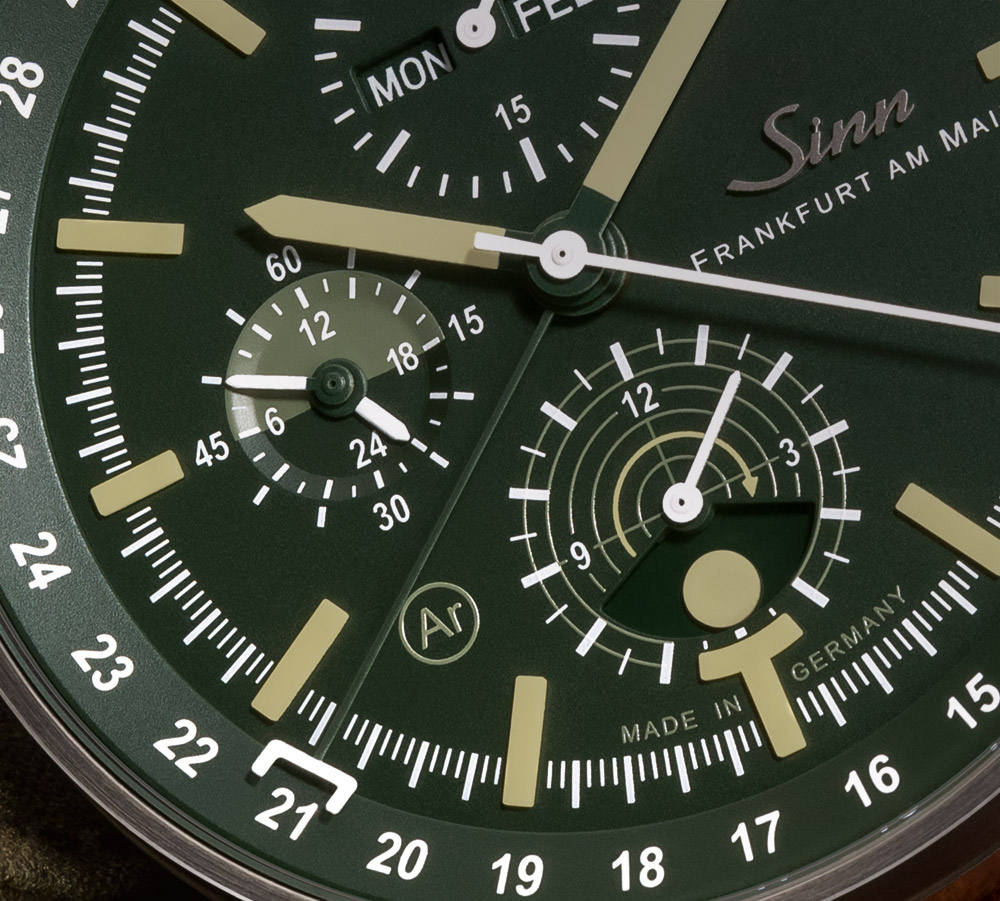 Now in the fourth iteration of the annual series, the newly announced Jagduhr 3006 Hunting Chronograph (or however you may choose to refer to it) brings a neat new complication to the mix: a luminescent, day/night moonphase in addition to a 24-hour indicator, pointer date, and a full calendar – all of which ought to prove handy for anyone who might lose track of time whilst strapped to a tree, waiting for game to wander into their scope. 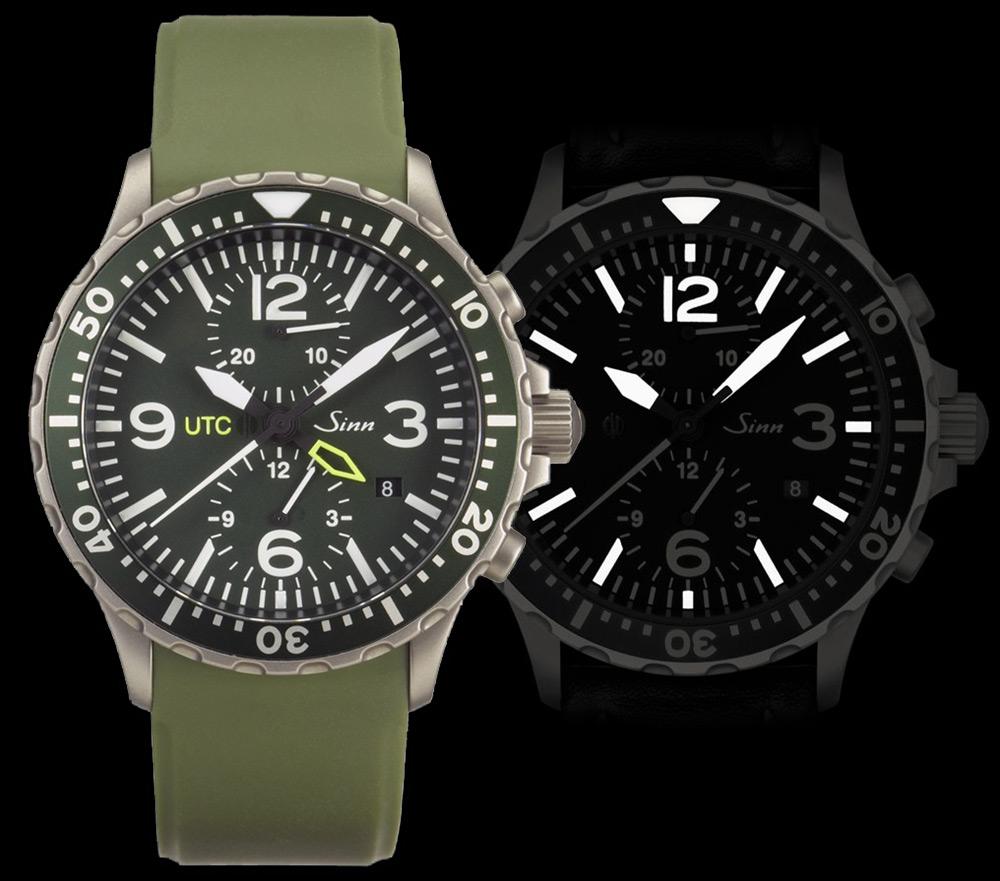 The Jagduhr series got its start on this rather basic “Paul Parey” special edition 756, then continued with more rugged offerings, like last year’s entry based on the U1000, or the previous year’s based on the 757 UTC pilot’s watch – both of which, were basically re-skinned in green, and didn’t bring anything new complication-wise to the table. 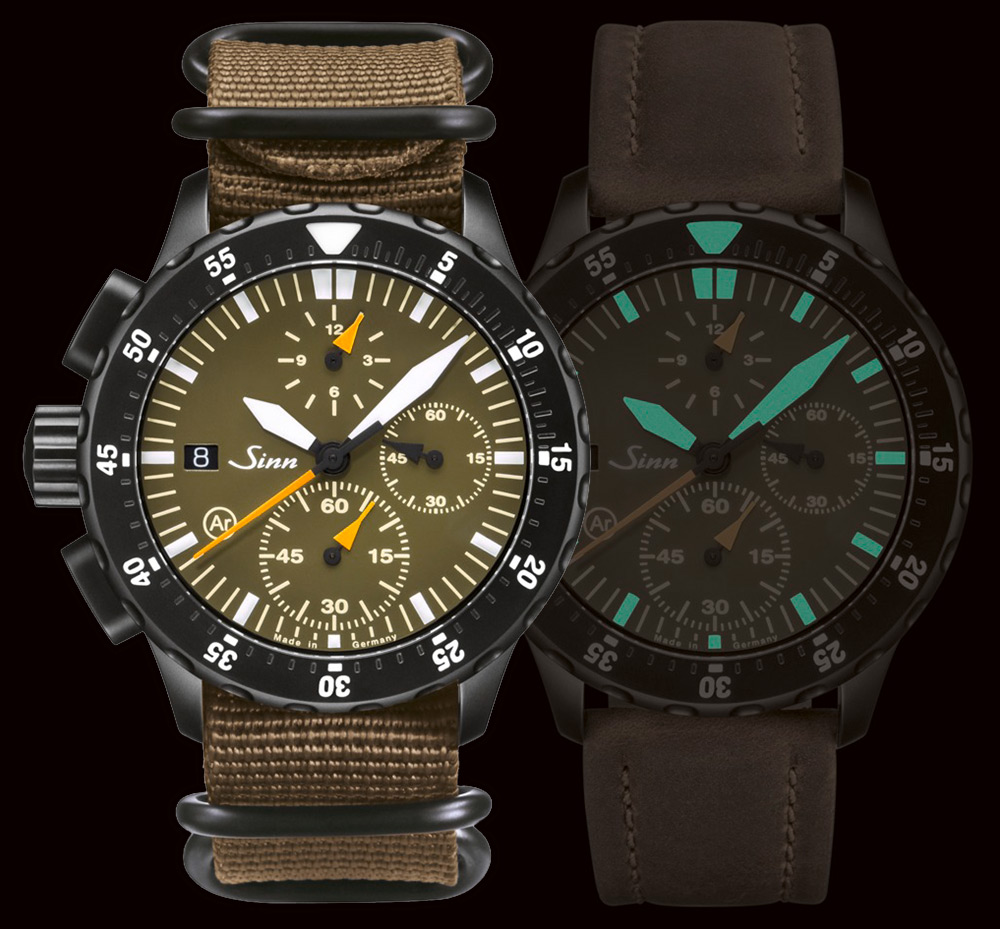 This time around, the 3006 is an entirely new reference, though most closely resembling the existing 6052 Frankfurt Am Main calendar chronograph. However, the case has been upsized to 44mm, and built with Sinn’s signature ultra-hard tegimented steel, which shrugs off even hard scratches with surprising ease. The water resistance has been upped to 200m, and it also gets Sinn’s unique AR technology – a dehumidifying copper sulfate capsule which keeps the internals dry, and can prevent the dial from fogging during rapid temperature change. 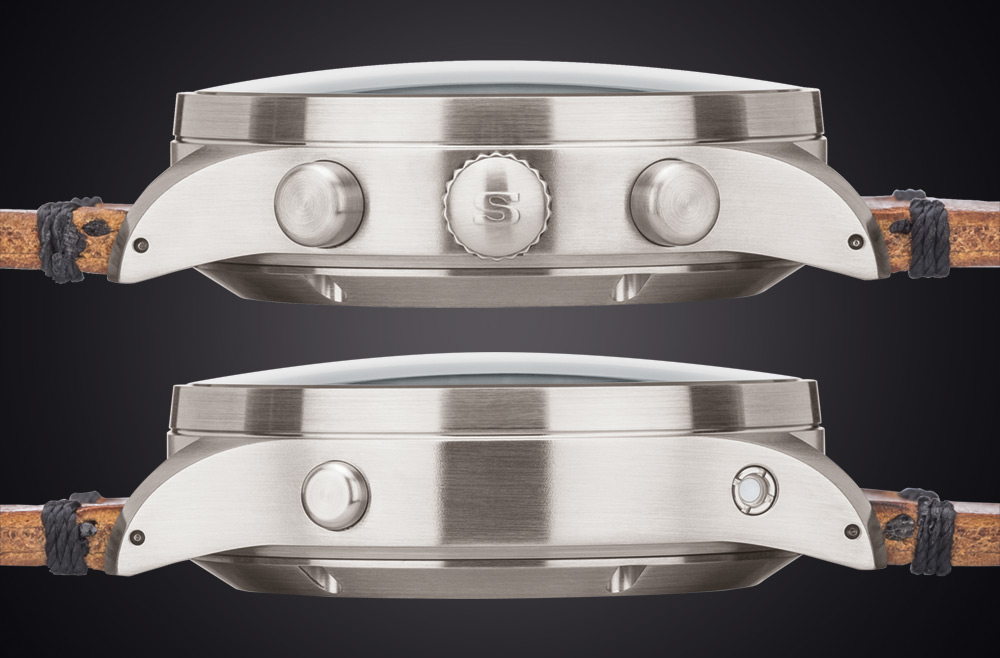 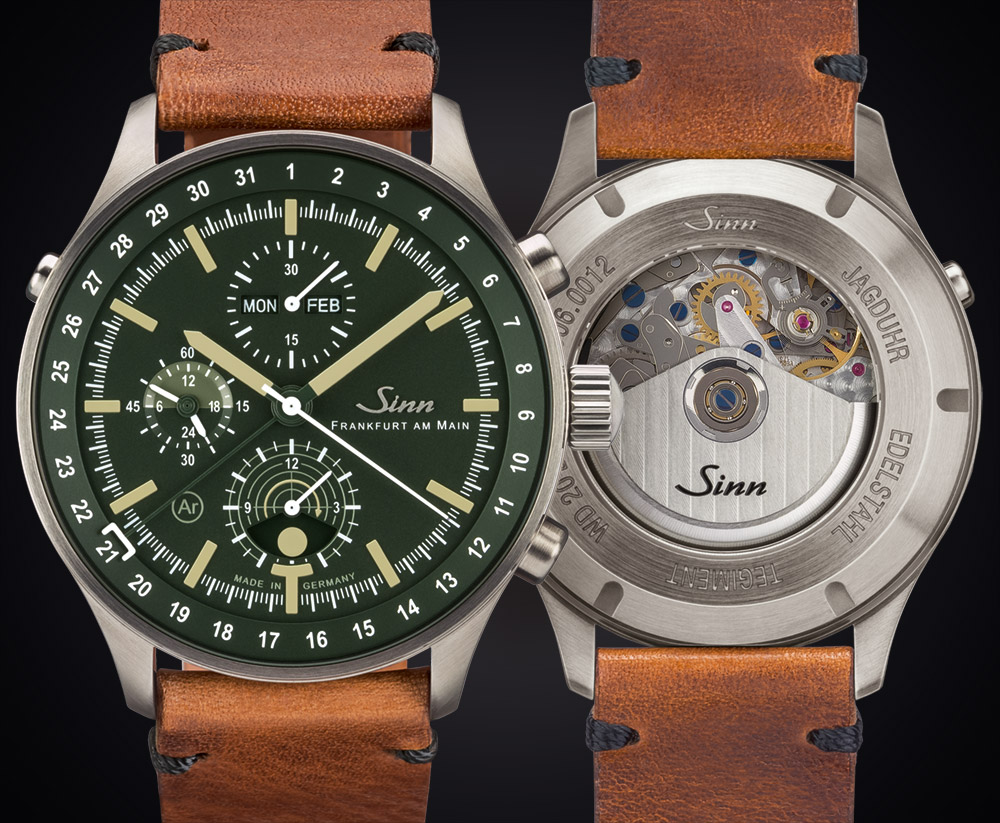 Overall, the dial is quite busy, but still plenty legible, with everything neatly in its place, in prototypical Sinn fashion. Continuing the traditions of the Jagduhr collection, this Sinn Hunting Watch 3006 is clad in olive drab green, with beige Super-LumiNova markings throughout – including the new moonphase itself at 6:00. 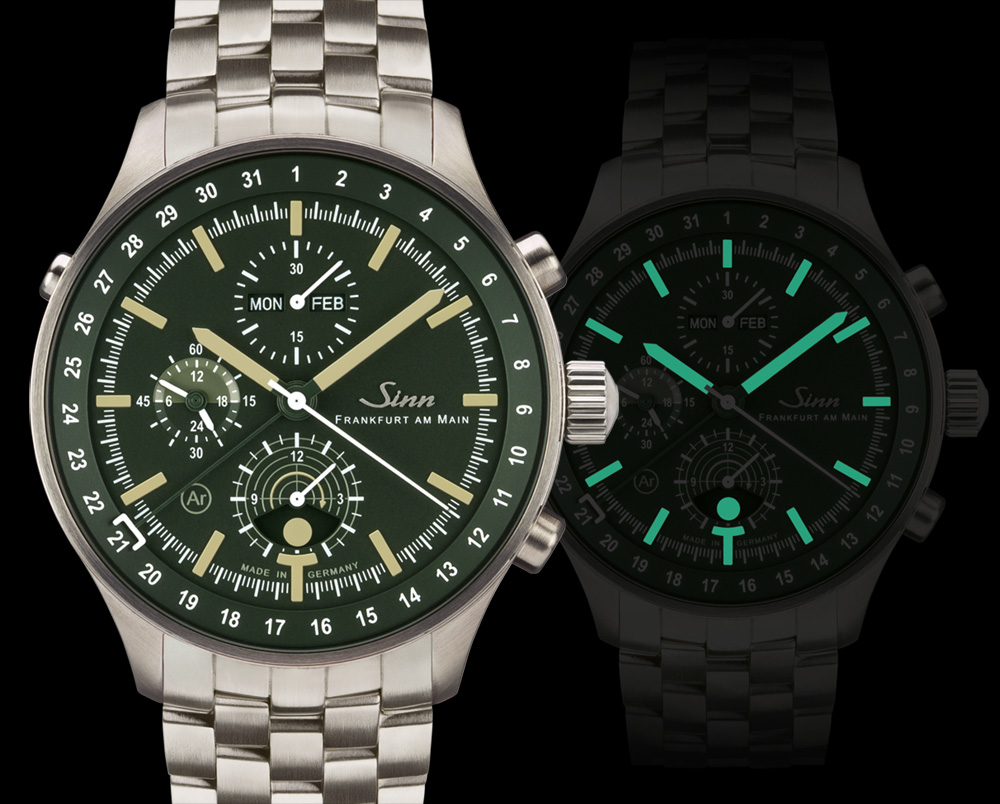 So why a moonphase anyway? Well, in Germany, federal hunting laws dictate that artificial light sources cannot be used while hunting, so utilizing a bit of field knowledge around the moon’s cycles can be advantageous, as the best natural nighttime and early morning light is known to be within three days before and after a full moon. And as long as the luminous moon indicator is falling within the range of the curved beige cross at 6:00, your chances of bringing home dinner are significantly improved. 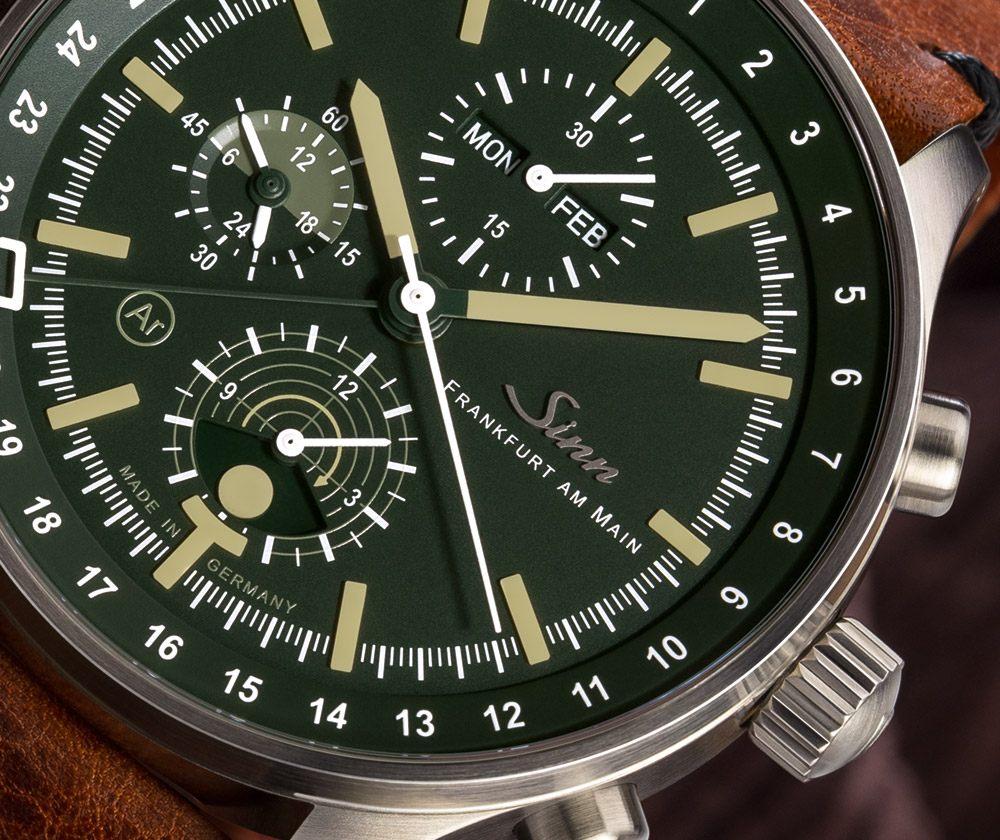 Like the EZM 12 Air Rescue watch designed for air rescue medics and released at Basel this past year, the Sinn Jagduhr 3006 Hunting Chronograph is another extremely niche edition, but one with genuine, purpose-built practicality in mind – even if it lacks the ability to be stripped and cleaned like the aforementioned EZM 12. Maybe field dressing isn’t a thing in Germany? Or maybe that’s why it doesn’t have a bezel? 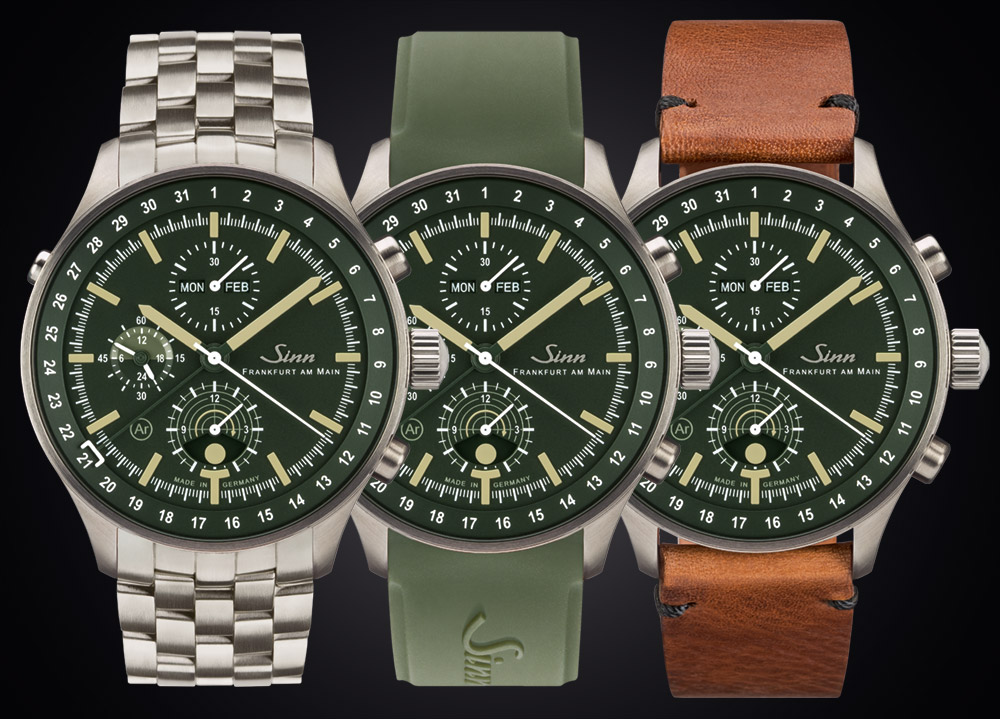 Either way, the Sinn Hunting Watch 3006 will be available on either stitched leather, matching green rubber, or a satin five-link bracelet, with a starting price of $3,970 on leather. sinn.de