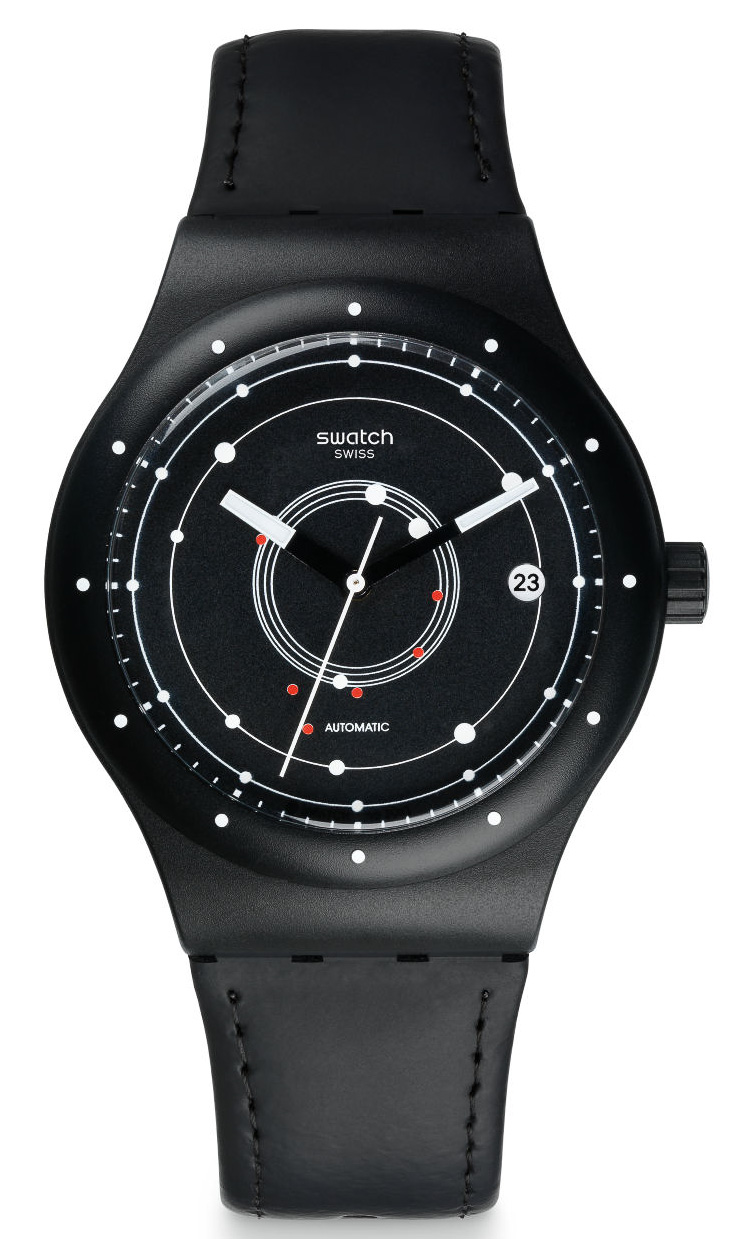 The Swatch Sistem51 watch collection is finally out for sale (in some places). Are you excited? If you don’t know what it is allow me to explain. At Baselworld 2013, the Swatch Group announced what is probably a major breakthrough in watchmaking; a new automatic mechanical movement that is completely assembled by machines and is priced around 100 – 200 Swiss Francs. We first covered the Swatch Sistem51 watch here upon its debut.

We first thought the retail price was about $100 but then it turned out to be closer to $150. So we are simply saying between 100 – 200 Swiss Francs . As of publishing time Swatch hasn’t put the price on their website. UPDATE: In Switzerland at least the retail price of Swatch Sistem51 watches is 150 Swiss Francs. Also, the watches are only currently available for sale in Switzerland. Swatch has announced that the first four models of the Sistem51 collection will be slowly released around the world in 2014. The Sistem51 is actually already delayed as it was supposed to be available for global sale at least a month ago for the 2013 Holiday shopping season. Yes I know, surprise surprise, delays in the Swiss watch industry. 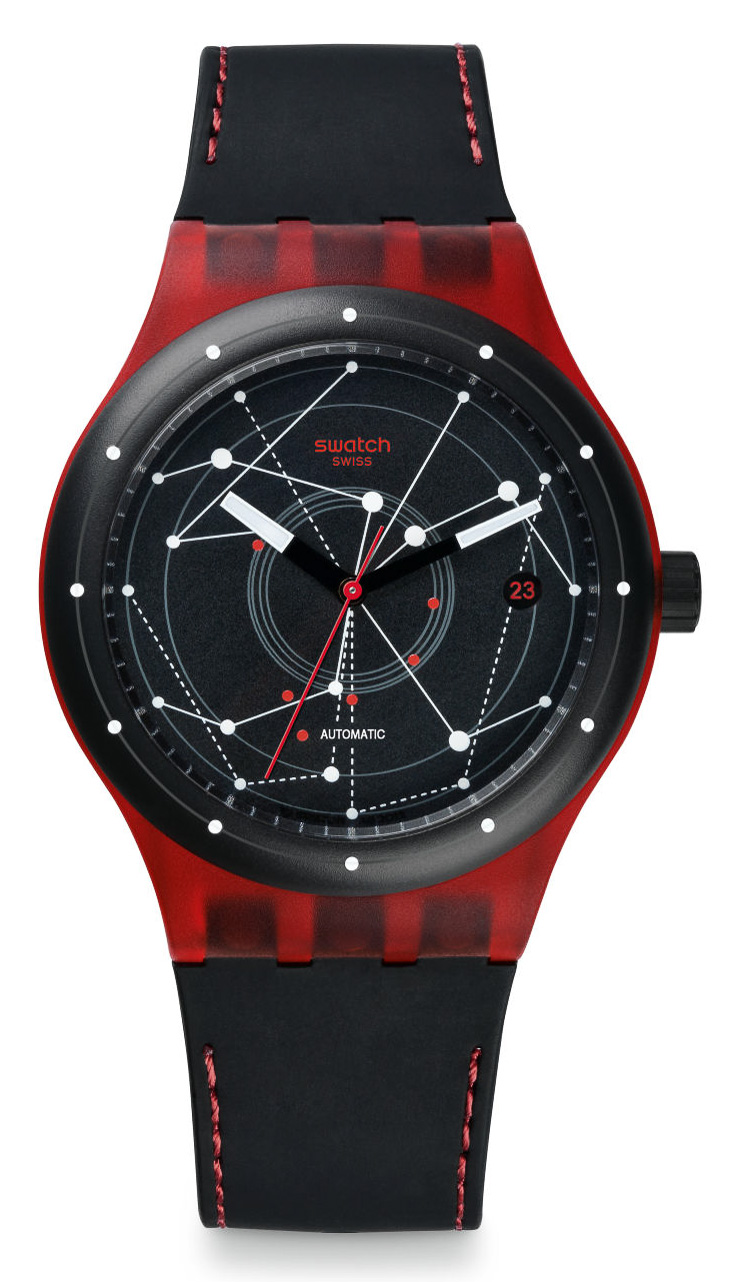 The watch itself is pretty much a standard Swatch. We aren’t even sure of the actual size of the case. I would imagine around 40-42mm wide or so and the cases are plastic. Further, it is in the Swatch Original’s collection. The dials of the watches look mostly like star charts. There is a reason for that. There are six “points” on the movement that are a distinctive feature. These six points have been highlighted on the dial and look a bit like a constellation. So Swatch went with that theme and ran with it for the design. Each of the four Sistem51 watches have the six dots in red on the dial.

So the real appeal is in the movement. Why all the hubbub around a new inexpensive mechanical movement? Well first of all it is very inexpensive. The Swatch brand proper isn’t without its mechanical watches, but they are few and far between. Plus, this is a brand new one for a very low price. The movement is an automatic and made up of only 51 parts (hence the name). Further, the movement is completely assembled by machines (no hands) in a hermetically sealed container (no water or dust shall enter). Swatch Group apparently has 17 patents protecting the movement. Last… the Sistem51 is 100% Swiss Made.