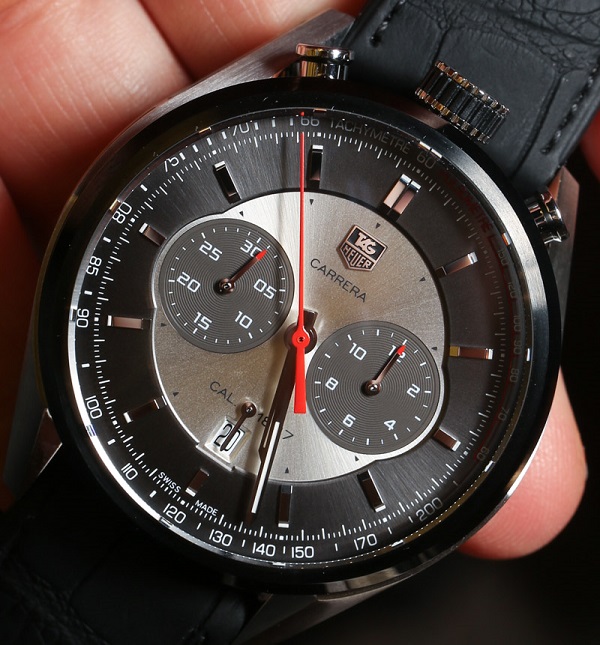 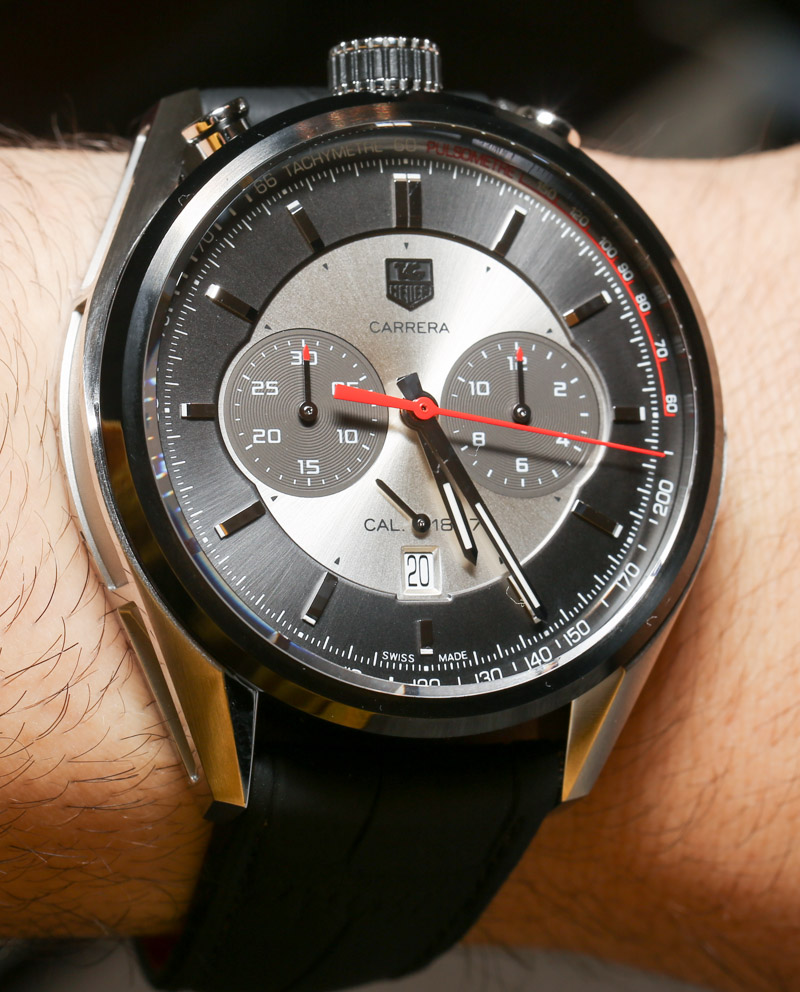 Carrera fans wanting to celebrate the 50th anniversary of the famous TAG Heuer watch will likely love the Carrera Calibre 1887 Jack Heuer Edition watch that mixes so many elements of Carrera’s past, present, and future. We debuted this new Jack Heuer edition Carrera when it was released in January 2013. There you’ll be able to learn more about the watch and why TAG Heuer produced it. For now we’d like to focus on a hands-on look at the Carrera Calibre 1887 Jack Heuer and what makes it unique.

The story of course begins with Jack Heuer, famed former CEO of TAG Heuer and legacy to the family. Now retired, Jack Heuer still serves an honorary role at TAG Heuer, and was with the brand at the time when the Carrera model was first released. Last year, on the occasion of Jack’s 80th birthday, TAG Heuer released a limited edition Carrera Jack Heuer 80 watch (hands-on with Heuer interview) as a set of 3000 pieces. The attractive retro looking watch was a pretty big sales success, and enough of a hit to merit a follow-up piece a year later. The two Jack Heuer watches are thematically similar, and both equally attractive. Though his birthday model celebrates history while the Calibre 1887 model celebrates where TAG Heuer is today. 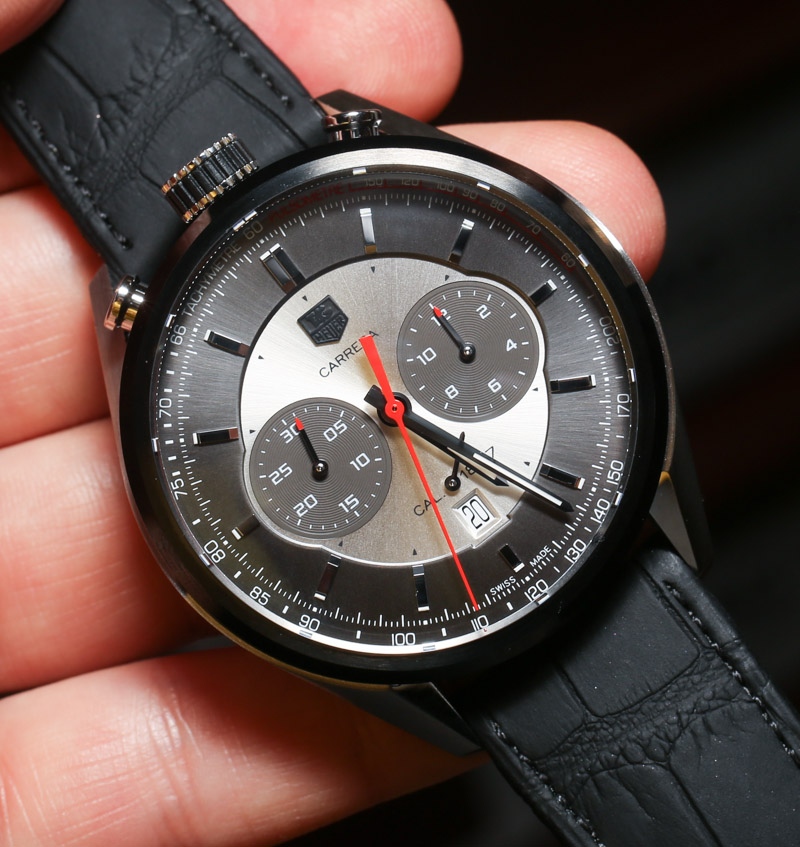 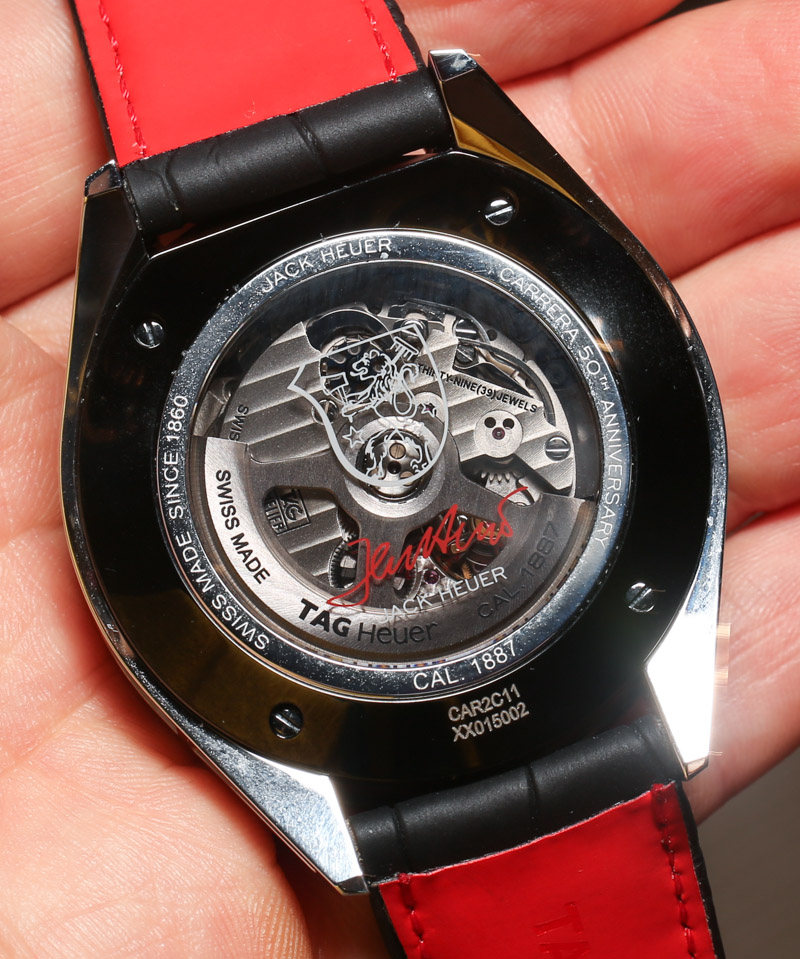 The first thing you’ll notice about the Carrera Calibre 1887 Jack Heuer is the design of the case. If you aren’t familiar with the concept, it looks quite strange. It is a “bullhead” style case with an angled dial. Bullhead layouts place the crown and chronograph pushers at the top of the case, while angled watches elevate the dial and orient them to your face a bit to make legibility a bit easier without having to twist your wrist. These concepts have been around for a while, but this particular case design is a newer part of the TAG Heuer parts bin that debuted with the Mikrogirder watch from 2012 (hands-on with video). Though since the Mikrogirder, TAG Heuer has refined the case.

The Carrera Caliber 1887 Jack Heuer watch shares a case with the also new for 2013 Carrera CMC Concept watch. In fact, the two bullhead Carrera models share designs save for colors and materials. The CMC uses a fancy “carbon matrix composite” material for the case, along with the dial. The Jack Heuer model uses steel and titanium for the case. At heart, the concept of the case is a two-piece design that has a upper stopwatch-style element seated in an architected base section. 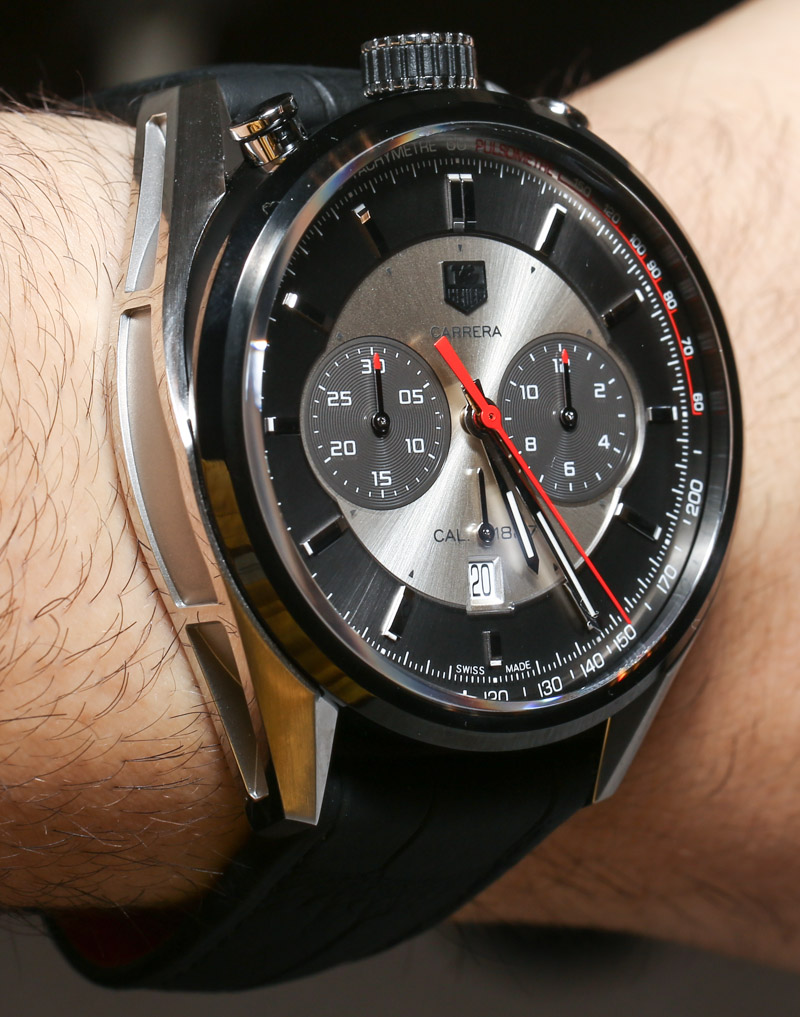