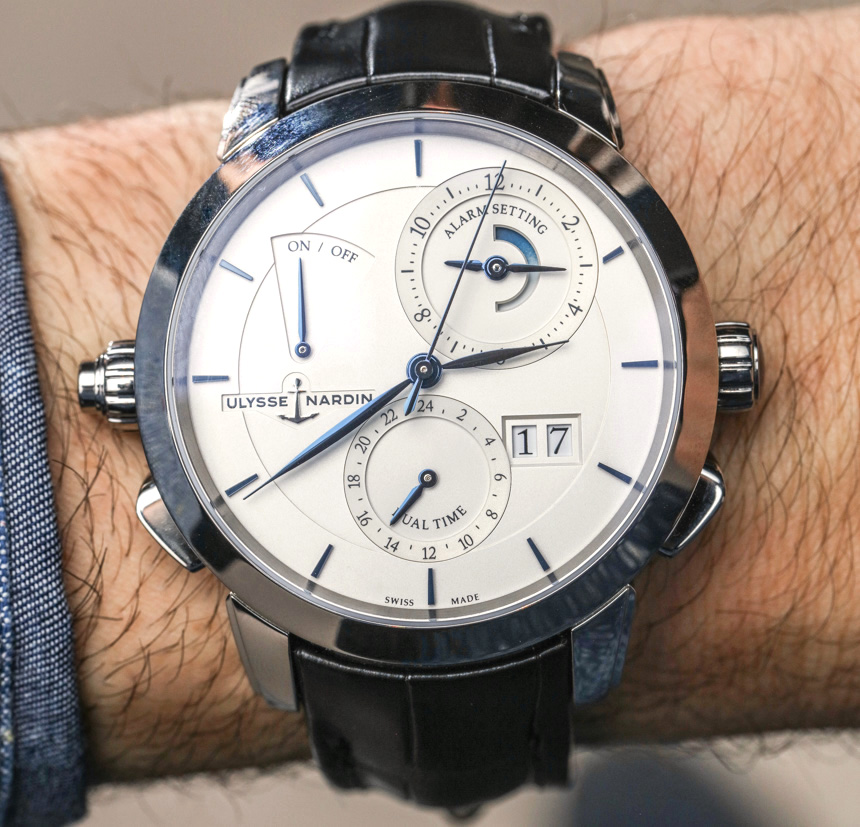 For 2017, Swiss Ulysse Nardin updated one of their less-known but very capable watches into something that I feel finally gives the Classic Sonata watch the attention it deserves. The two new models are the reference 672-05/92 and the 673-05/90. For many people, this is the first time they will be paying attention to the Ulysse Nardin Sonata, and here is why. Visual design is everything. There are watches out there which have incredible movements or complications that will rarely see the light of day on a wearer’s wrist because of something that is perhaps amiss in the visual design. The Sonata has been part of Ulysse Nardin’s collection for quite some time, with a truly compelling and distinct movement, yet it also had a design that many might warmly comment is “quirky and acquired.” 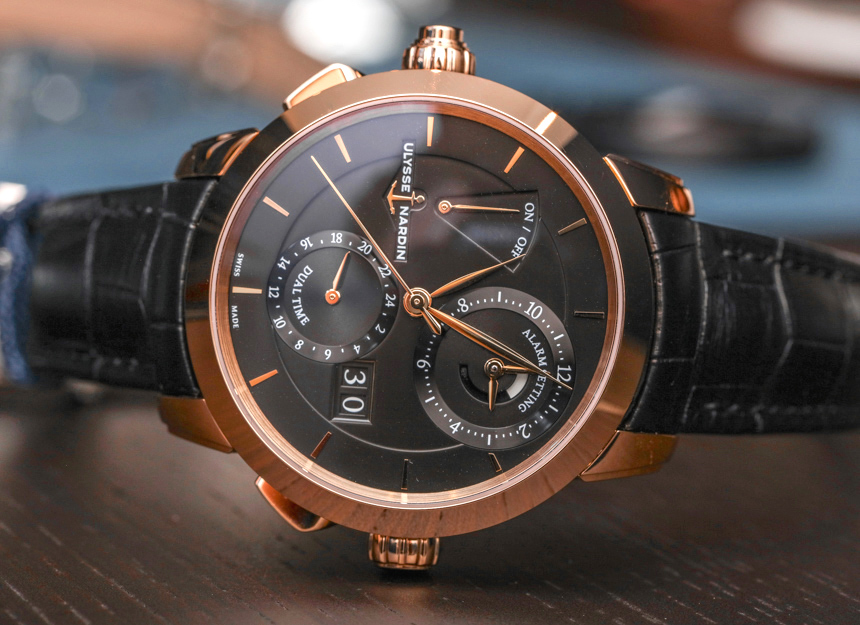 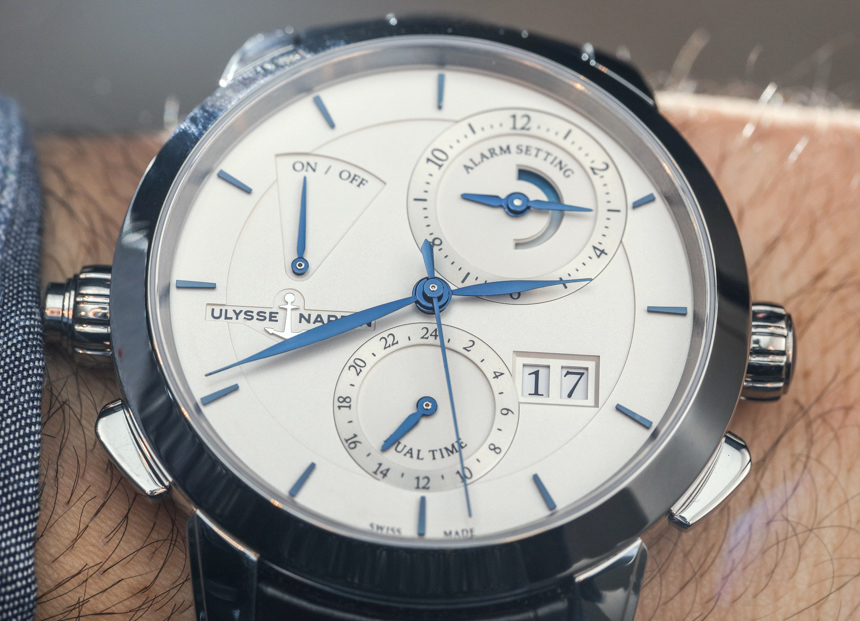 For some people, the “original” Ulysse Nardin Sonata might be more to their liking, offering the particular eccentric flavor of the impressive watchmaker who never seems to resist doing their own thing. When the Kering Group purchased Ulysse Nardin (which was previously privately held) in 2014, I was rightly concerned that the maverick nature of the company perpetuated by its late owner Rolf Schnyder would be lost. Ulysse Nardin was and still is run by Patrik Hoffmann – a direct protege of Schnyder – who had every intention of maintaining the brand’s direction. Intent alone is not always enough to stall the whims of a large corporate owner who might have very different ideas for the trajectory of their new acquisition – regardless of what made the brand great to begin with. 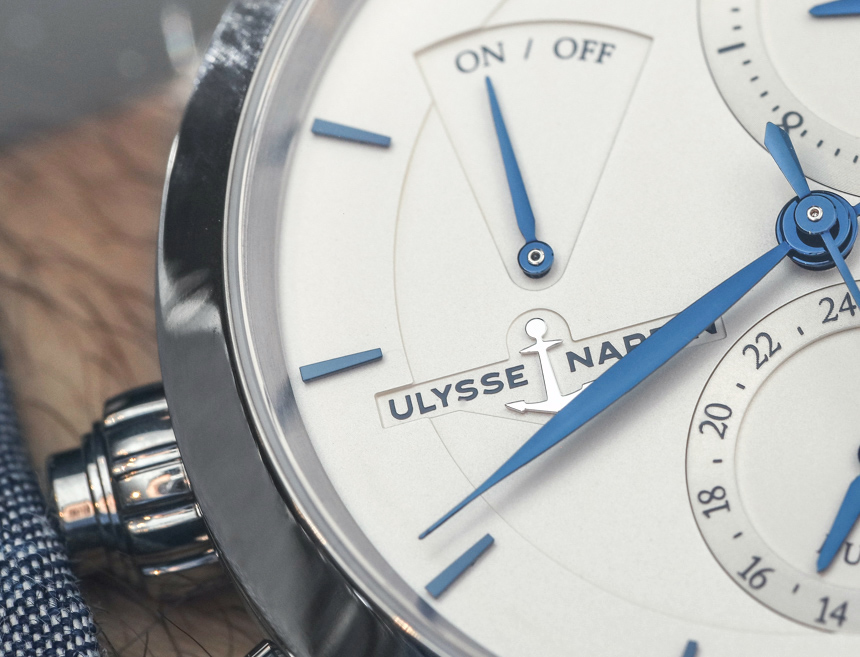 Now about three years after the acquisition by Ulysse Nardin by Kering, you do see a shift in the brand’s direction, but also not a serious reversal of the company’s truly innovative spirit. Hoffmann confided to me that it does take considerable persuasion and regular communication with Kering to allow the brand to invest and innovate as it desires, but that he was winning the campaign to keep Ulysse Nardin quirky and cool. With that said, he admitted Kering offered valuable advice and direction, helping to fill the brand’s lineup with refined products and more which you might consider beautiful in a mainstream way. Thus, the Ulysse Nardin brand circa 2017 is actually (in my opinion) a success story of merging the true independent spirit of a luxury watch brand laboring to remain interesting and relevant in modern times, with a slew of products which are more traditionally beautiful for a slightly more mainstream appeal. 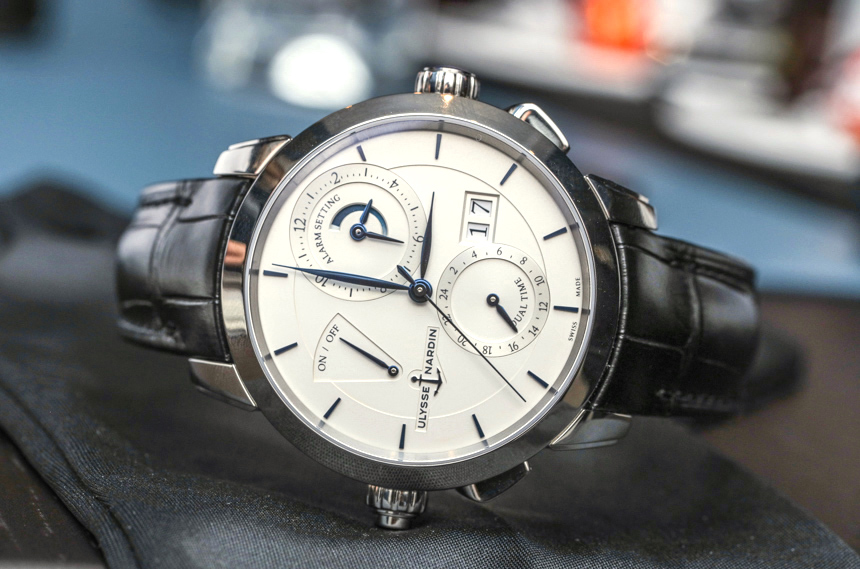 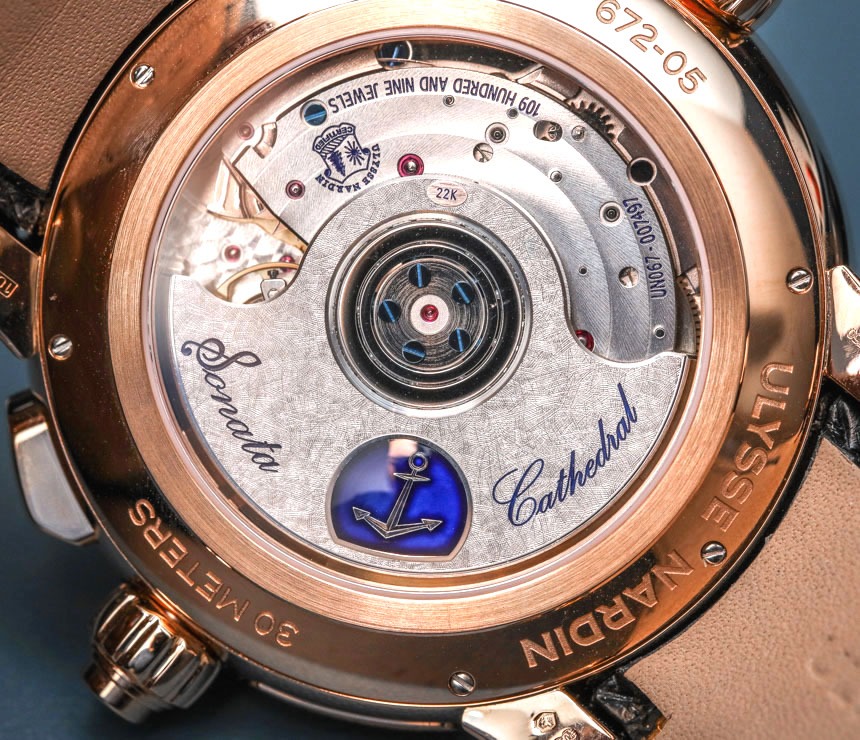 A fantastic example of this effective blend of values is the updated Sonata, which I feel always had potential despite a visual design that never quite made it appealing for those seeking a more refined design. Inside the Ulysse Nardin Classic Sonata is a fantastic in-house made movement known as the caliber UN-67. The movement has a range of useful technical features such as a silicon escapement and other components in the regulation system produced from silicon such as the patented hairspring. The automatic movement operates at 4Hz (28,800bph) with a power reserve of 42 hours. 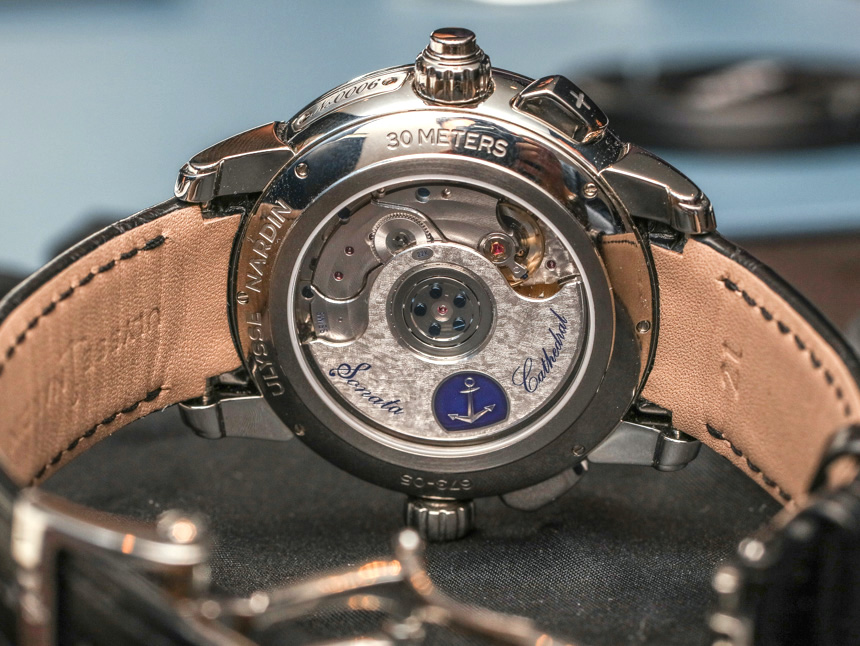 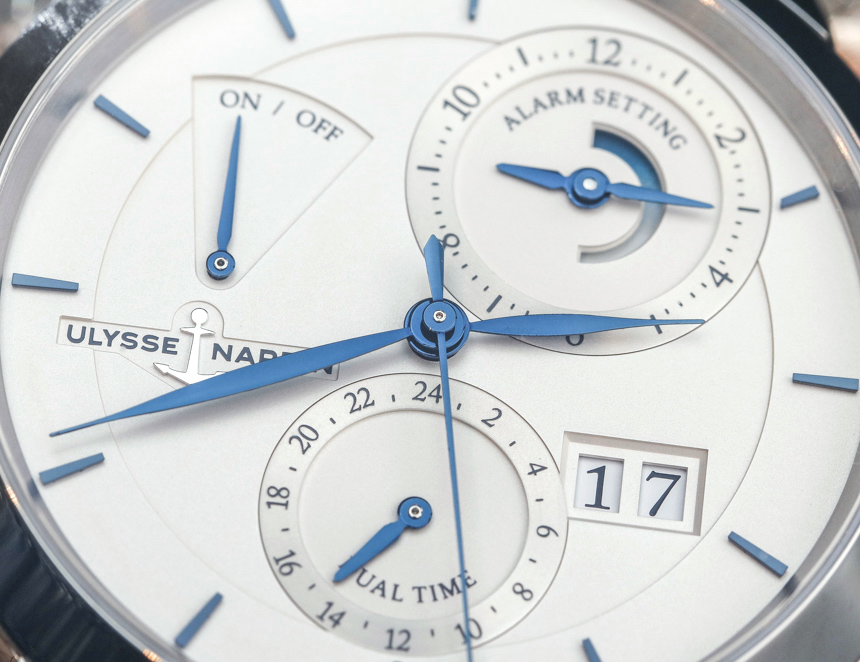 To easily explain the complications, I’ll say that it offers the time, a big date indicator, dual time zone with dedicated “forward and backward” pushers, and a unique alarm system which combines a traditional alarm with the chiming sounds of a minute repeater. Note that there is also a dedicated power reserve indicator in the alarm-setting dial that allows you to know if the alarm spring has power in it. All of this is laid out rather logically and attractively on a balanced but asymmetric dial. 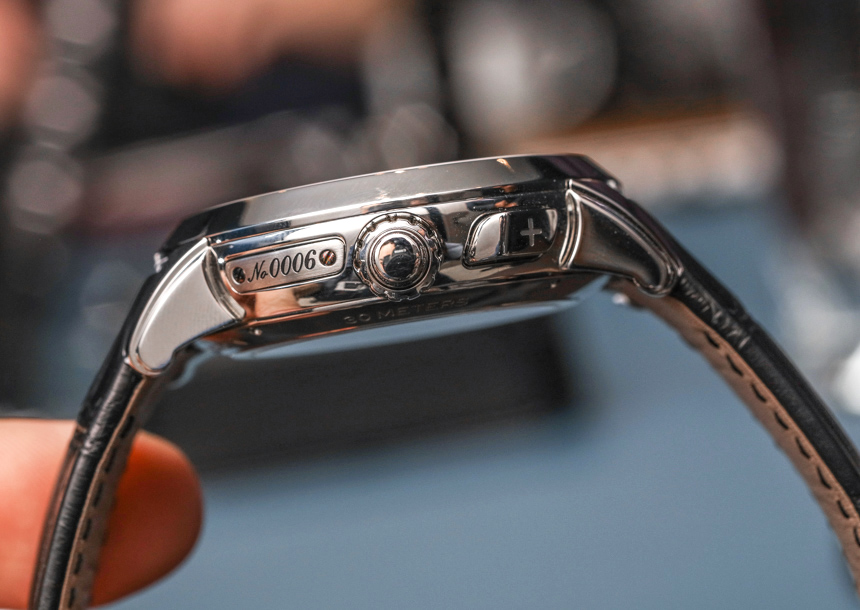 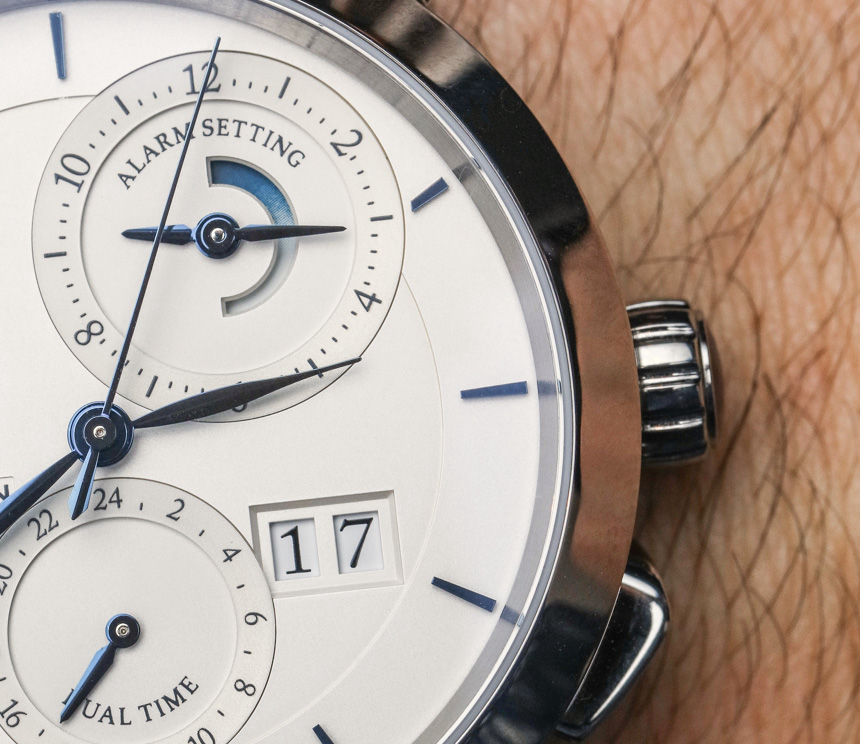 I’m not a big fan of traditional mechanical alarm complications because the way they sound is not particularly attractive to me – despite that they do get your attention. I recently reviewed the updated vintage re-release Jaeger-LeCoultre Master Memovox here. While being visually attractive and offering an authentic re-creation of a traditional alarm-equipped mechanical movement, the resulting sound from most mechanical alarm watches is a harsh vibrating buzzing sound. Yes, this noise is loud and gets your attention, but that’s sort of counter-intuitive in today’s age when mechanical watches are supposed to be the beautiful-looking and -sounding friends on your wrist. The majority of people who actually need to be reminded by an alarm will no doubt rely on their mobile phones or other electronic devices. Mechanical alarms will be used for other, more pleasant purposes. 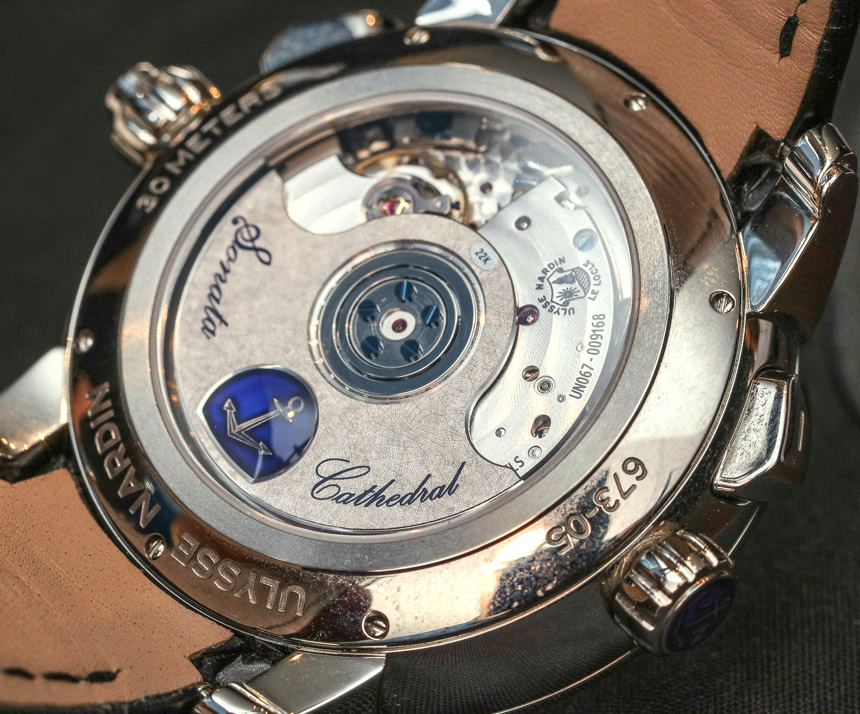 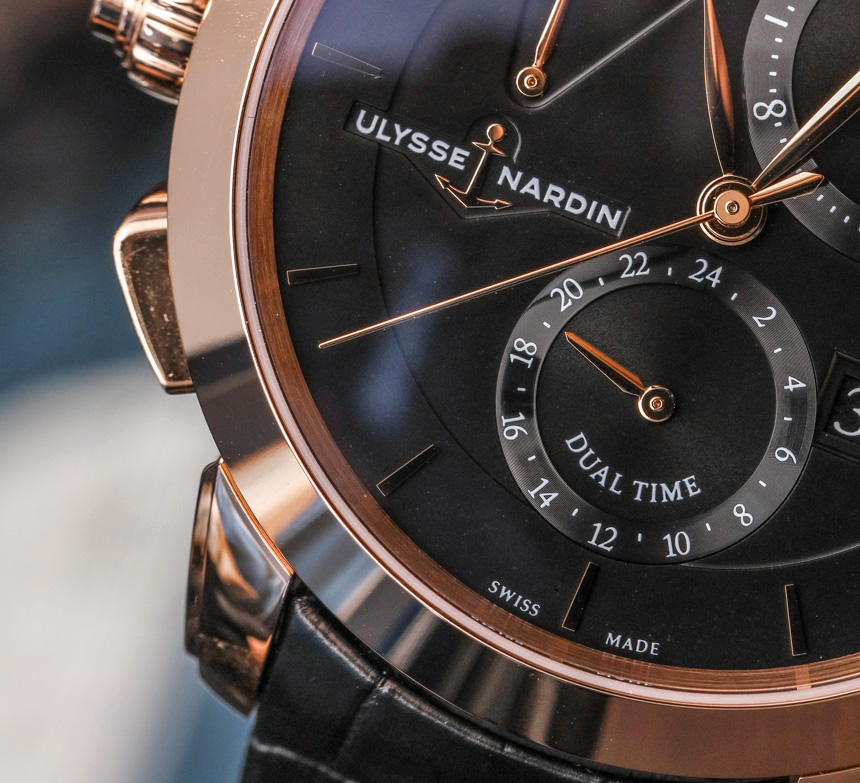 So what the Ulysse Nardin Classic Sonata does is totally ditch the harsh buzzing alarm sound for the chimes produced by a hammer hitting a gong, identical to the system used to make chimes in sonnerie or minute repeater watches. Thus, Ulysse Nardin designed the Classic Sonata with an “alarm with cathedral gong” system. This demonstrates that Ulysse Nardin isn’t just trying to say they too are producing a traditional complication, but that they are watch lovers like their customers seeking to refine a complication that is comparatively uncommon today. 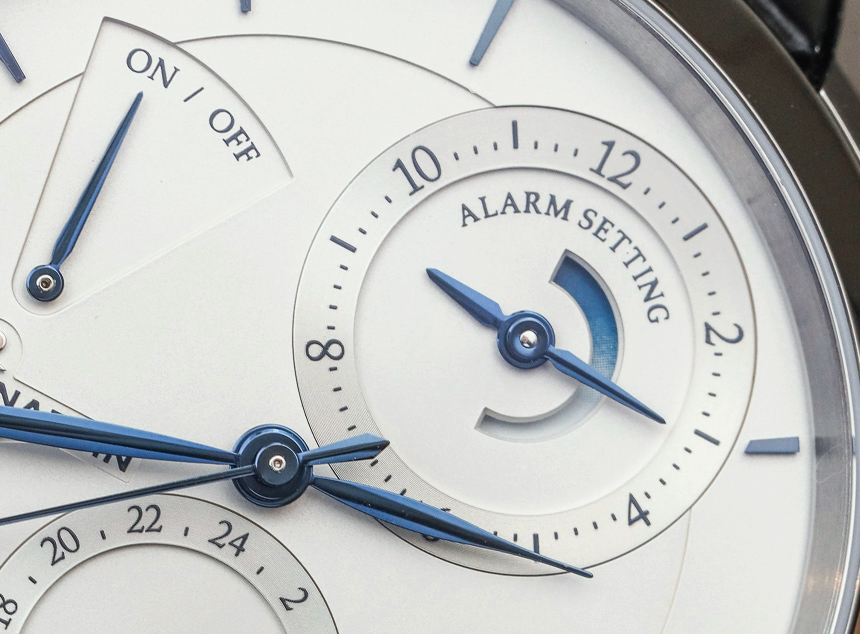 Think about it: the alarm is an actually useful complication but very rare in modern mechanical watch offerings. It is arguably more useful than a chronograph for many people, but is for the most part exotic and rare. In my opinion, the reason for that is because they just aren’t pleasant to listen to – and Ulysse Nardin’s solution to that problem in the UN-67 movement was to make the alarm worth listening to. I think they totally succeeded.