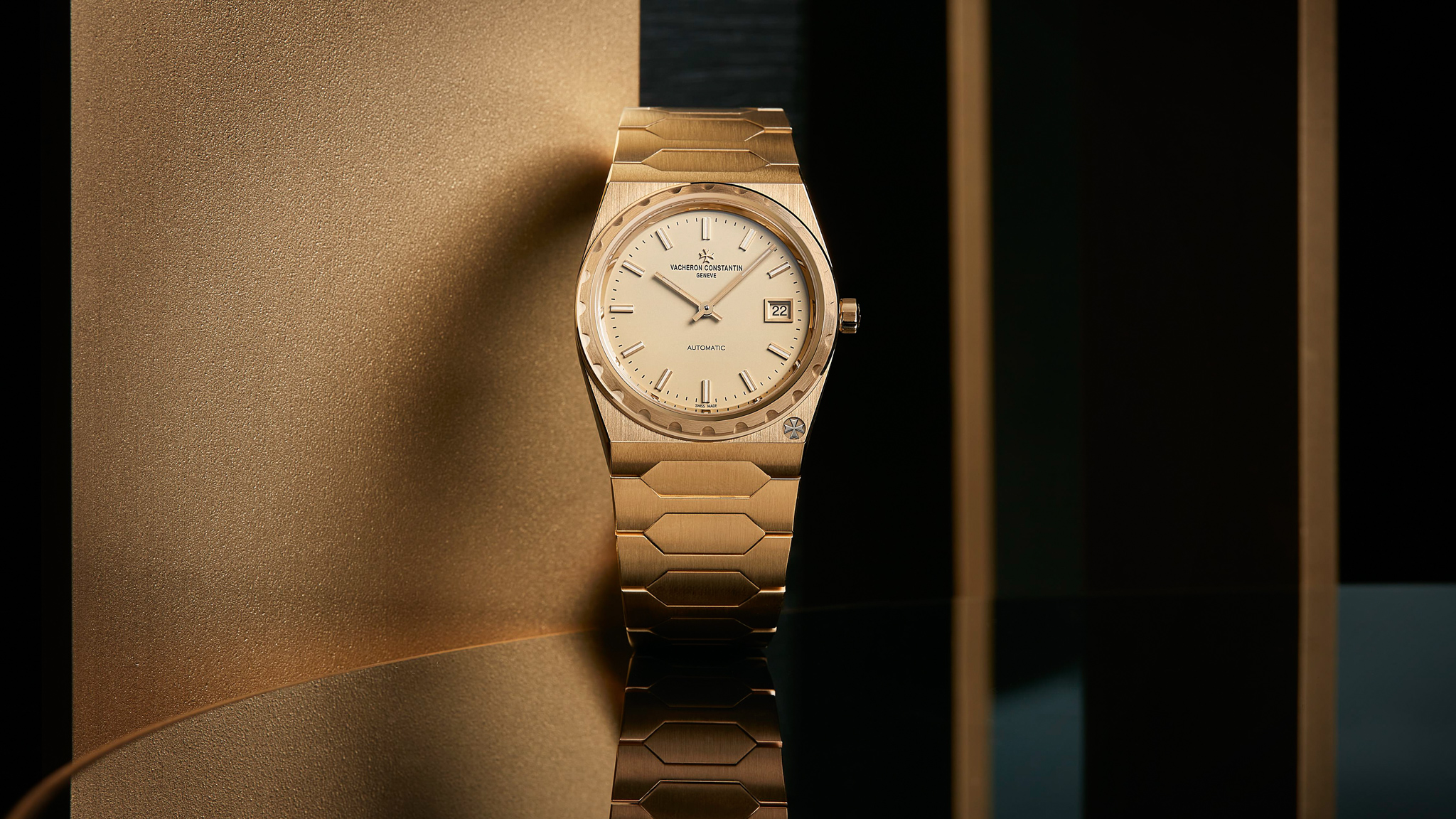 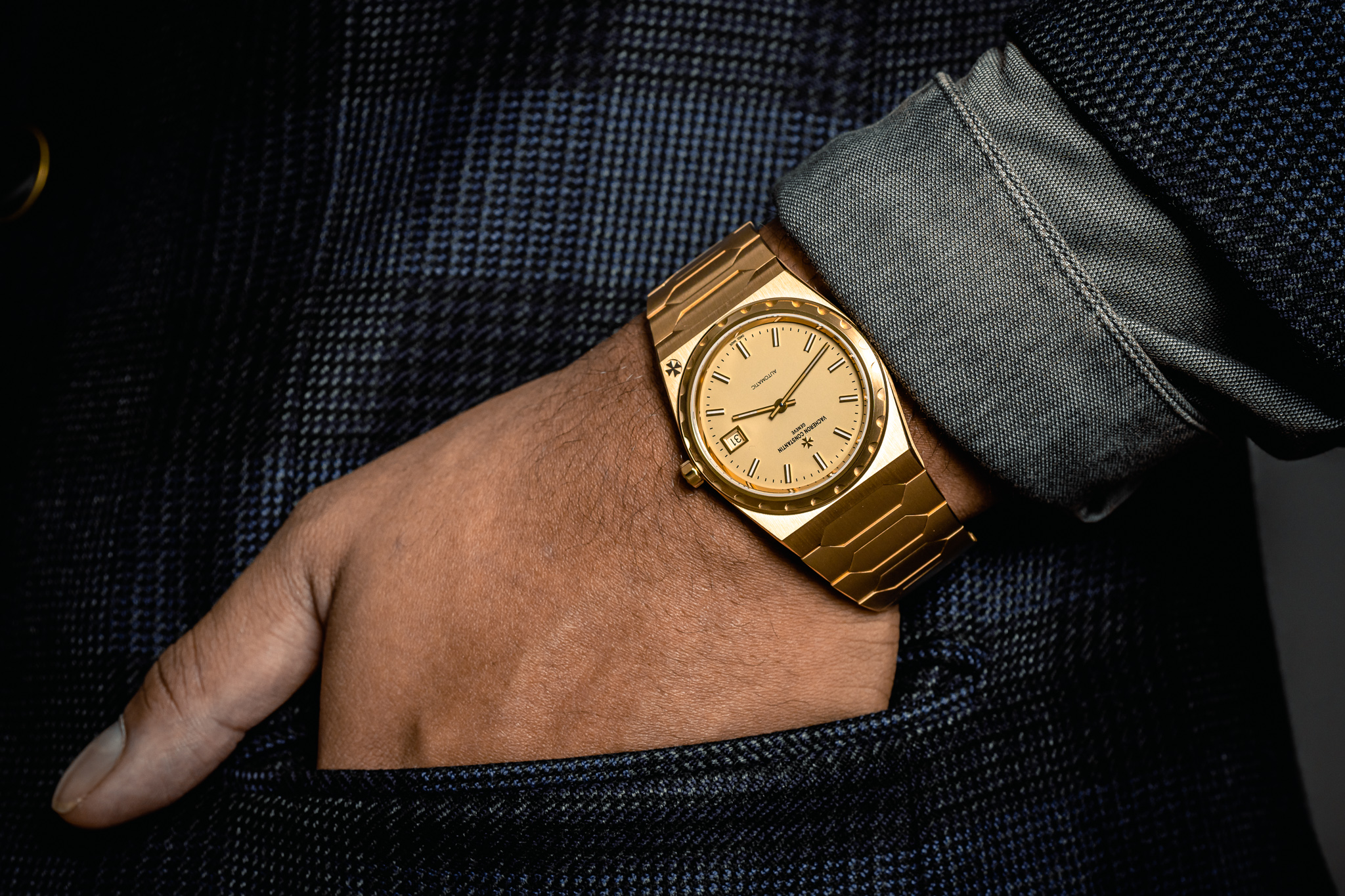 In a Watches & Wonders show packed with masterpieces, complication, and spectacle, there was one watch seemingly on the lips and minds of everyone wandering its cavernous halls: “Have you seen the 222?” “Did you see the 222 yet?” “What’d you think of the 222?” Indeed — it was that simple time-only gold watch from Vacheron Constantin — the 45th Anniversary Historiques 222 Re-issue that seemed to be driving a serious amount of buzz around the Palexpo — but why? 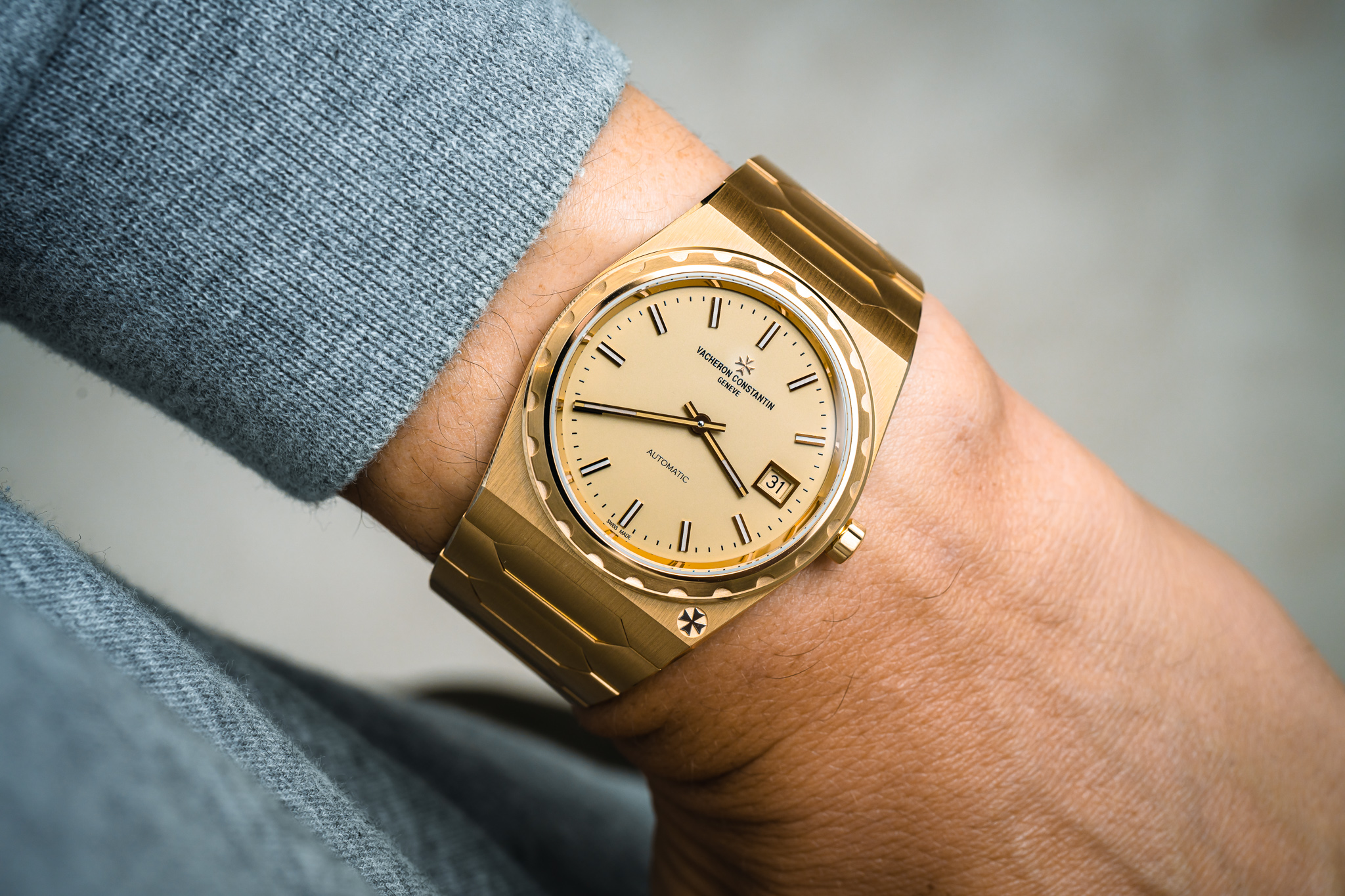 Maybe it was just the right watch at the right time — hell, if this had been released three or four years ago at the height of the vintage-reissue craze (and subsequent fatigue), it certainly wouldn’t have made nearly the same impact. But in a show packed with over-the-top haute horology, innovation, and long-overdue originality, there is something about the 222’s simplicity and charming yellow-gold warmth that feels just so right.   It is, after all, quite possibly the purest expression of what Vacheron Constantin does best (thin, precious metal, finishing to the nth level), and a pitch-perfect callback to another era of watchmaking — not unlike its Historiques stablemate, the 1921. Measuring a svelte 37mm x 8mm and distinct in its angularity, this 222 retains the exact measurements of the original but is finished to an even higher degree, and now justifiably bears the Geneva Seal. 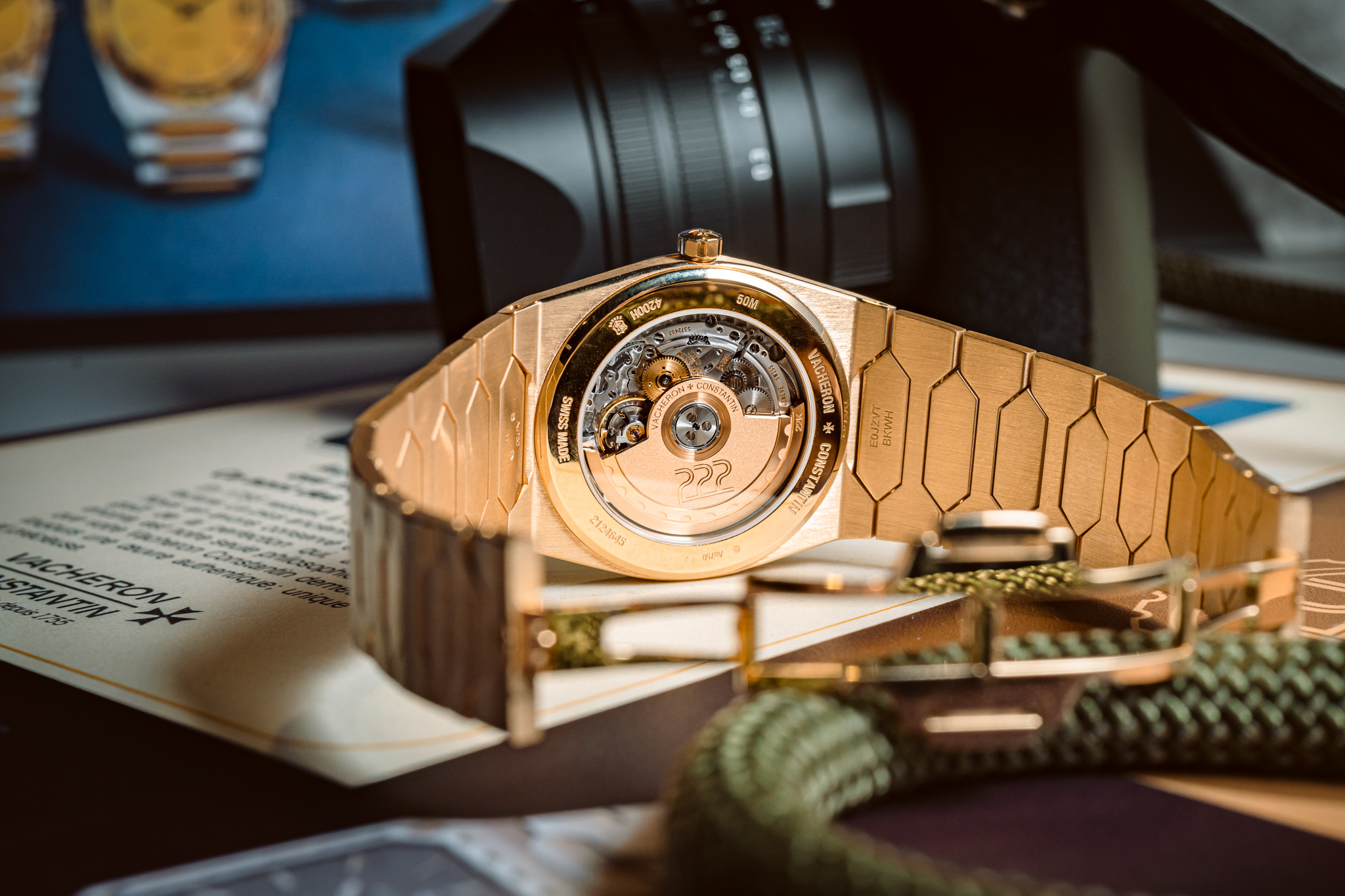 From the time-only display to the contrasting white-gold Maltese cross set into the case at 4:30, it’s worth mentioning that, though historical accuracy seems to have been the aim here, there are still two notable modern refinements in the re-issue: the first is in the dial, where each of the eleven applied gold hour markers are generously filled with Super-LumiNova to provide a little more contrast from the yellow-on-yellow in the dial and aid in low-light legibility. The underside of the bracelet has also been updated — specifically, the links have been subtly re-shaped at their contact points to hide the original pin-and-collar construction of the original and reduce hair-pulling. Otherwise, it’s largely exactly as legendary designer Jorg Hysek dreamed it, wrapping around the wrist like an 18k slap-bracelet for royalty and connoisseurs, alike. But why the 222? And why now? 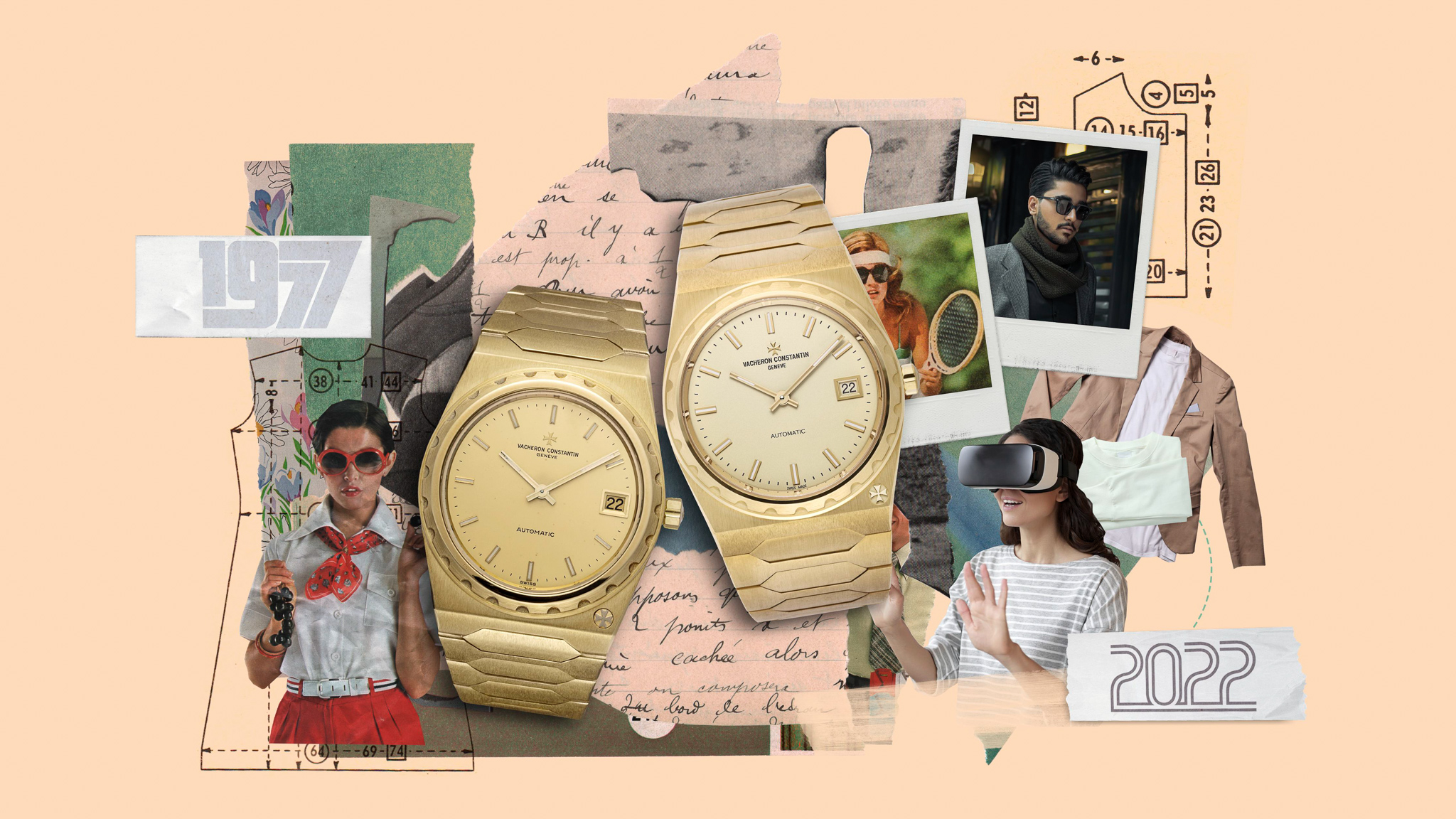 Well, for starters, the 222 was the watch that put Vacheron Constantin back on the map, and arguably back into the mainstream collecting conscience in 1977, an era seemingly driven by the popularity of luxury crossover watches, particularly those from Gerald Genta. Conceived by legendary watch designer Jorg Hysek to commemorate the brand’s 222nd anniversary, the 222 and its unique integrated bracelet design would later pave the way for the first generation of the Overseas, now the brand’s best-selling luxury sportswatch, which now goes toe-to-toe with the Nautilus and Royal Oak in terms of audience and cultural relevance. So to look at the 222 as the reference that ushered Vacheron Constantin into the modern era and into cultural relevance is absolutely plausible. 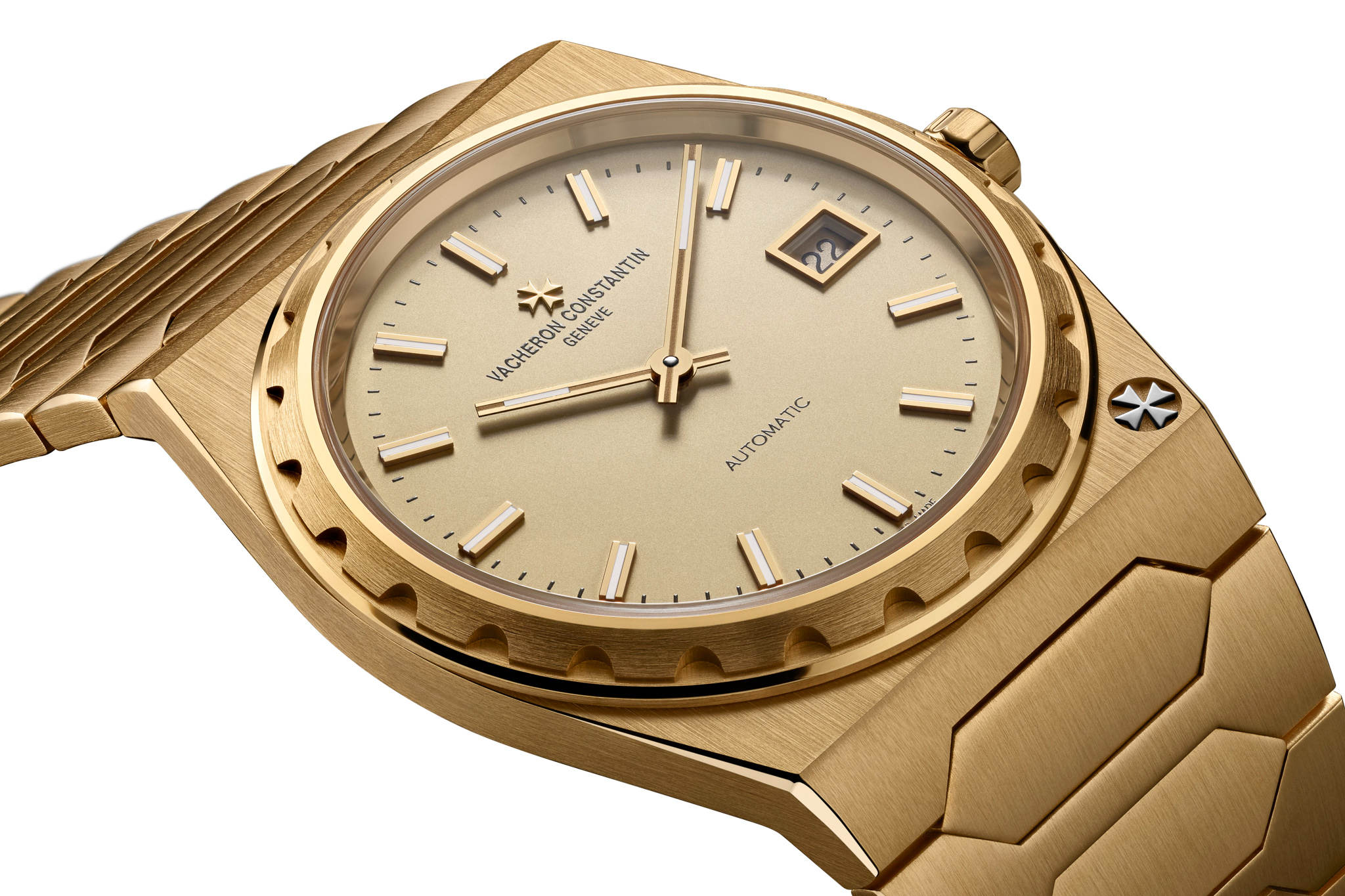 As mentioned, the new 222 is powered by a manufacture calibre bearing the Geneva Seal, meaning its chronometry and hand-finishing execution meet a certain standard of quality. Just like the original, it’s a time-only execution, but the 2455 manufacture calibre is now visible through an exhibition caseback, where the movement’s hand-engraved rotor bears the original “222” wordmark, as well as an engraved motif of the bezel’s unique fluting. The designers were wise to keep all of the commemorative elements reserved to the caseback and keep the dial as clean and minimalist as the original. 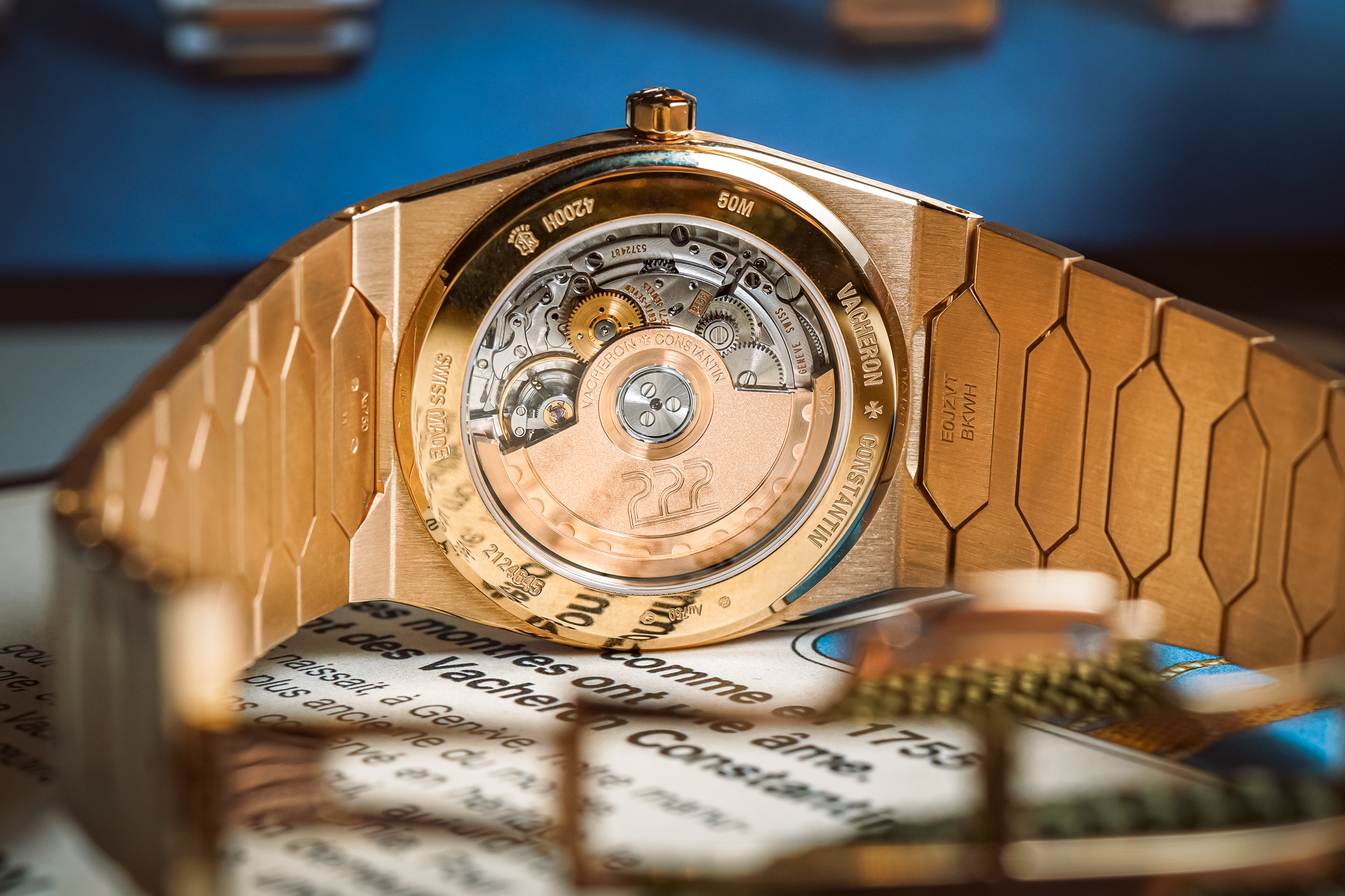 Now here’s the good news: If you want one of the new 222 pieces, there’s a pretty good chance you’ll be able to get one. Granted, it has a price of $62,000, so it’s obviously not for everyone. But Vacheron has confirmed that this is not a limited edition — it’s joining the Historiques collection as a permanent entry, much like the 1921. It’s an interesting move, considering that the original 222 “Jumbo” upon which this model is based is rumored to have fewer than 500 pieces in existence. This also suggests that we might not have to wait too much longer for a more attainable version in stainless steel. In the meantime, though, for more details on the new 222 and the rest of the Historiques collection, head over to vacheron-constantin.com.