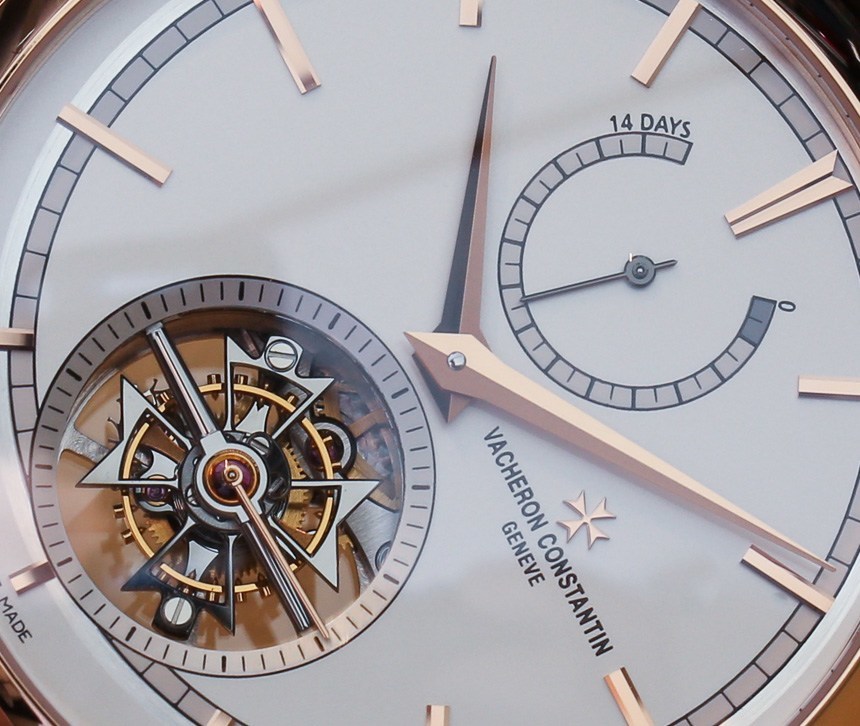 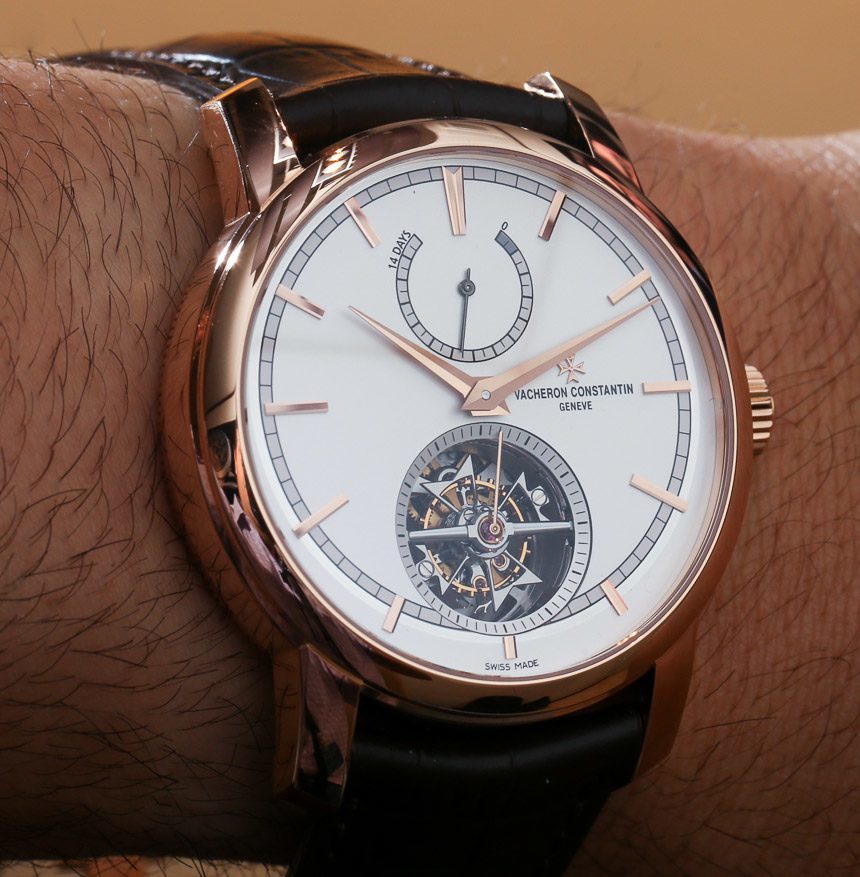 I thought it would be interesting to display both versions of the Vacheron Constantin Patrimony Traditionnelle 14-Day Tourbillon side-by-side. This includes that standard version that here is the ref. 89000/000R-9655 as well as the 14-Day Tourbillon Openworked ref.  89010/000P-9935 that is new for 2014. While essentially the same watch, the Openworked version has no traditional dial and a highly skeletonized movement. While the case and movement are the same, the two timepieces have very different personalities (and prices).

It all starts with Vacheron Constantin’s in-house made caliber 2260 (which is the 2260 SQ in the Openworked version). This is a fantastic movement that is both beautiful and prestigious, as well as rather convenient to live with. If you must have a tourbillon, you may as well have one with a long power reserve (and indicator to show it). How long is the power reserve? Well, the name of the watch should make that rather obvious. The Vacheron Constantin Patrimony Traditionnelle 14 Day Tourbillon has a full fortnight of power reserve, which is about 336 hours. I do hope it has solid accuracy throughout most of that time. In fact, this is perhaps the longest power reserve tourbillon-based watch with a single mainspring barrel. 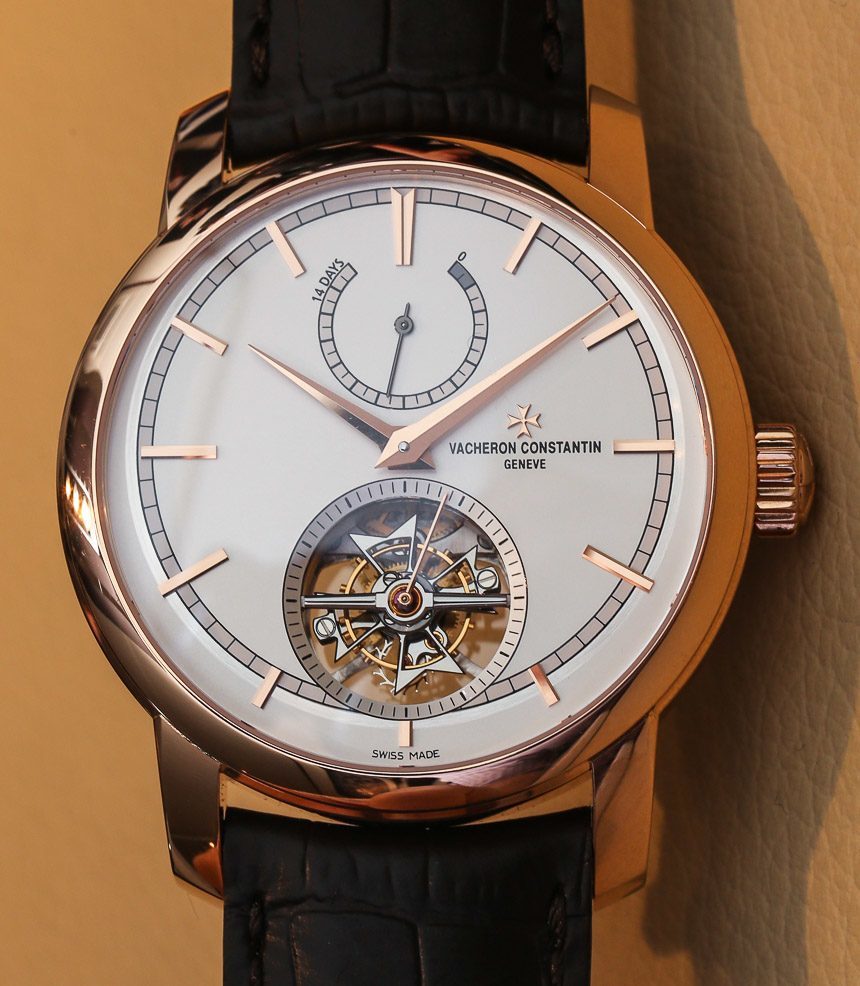 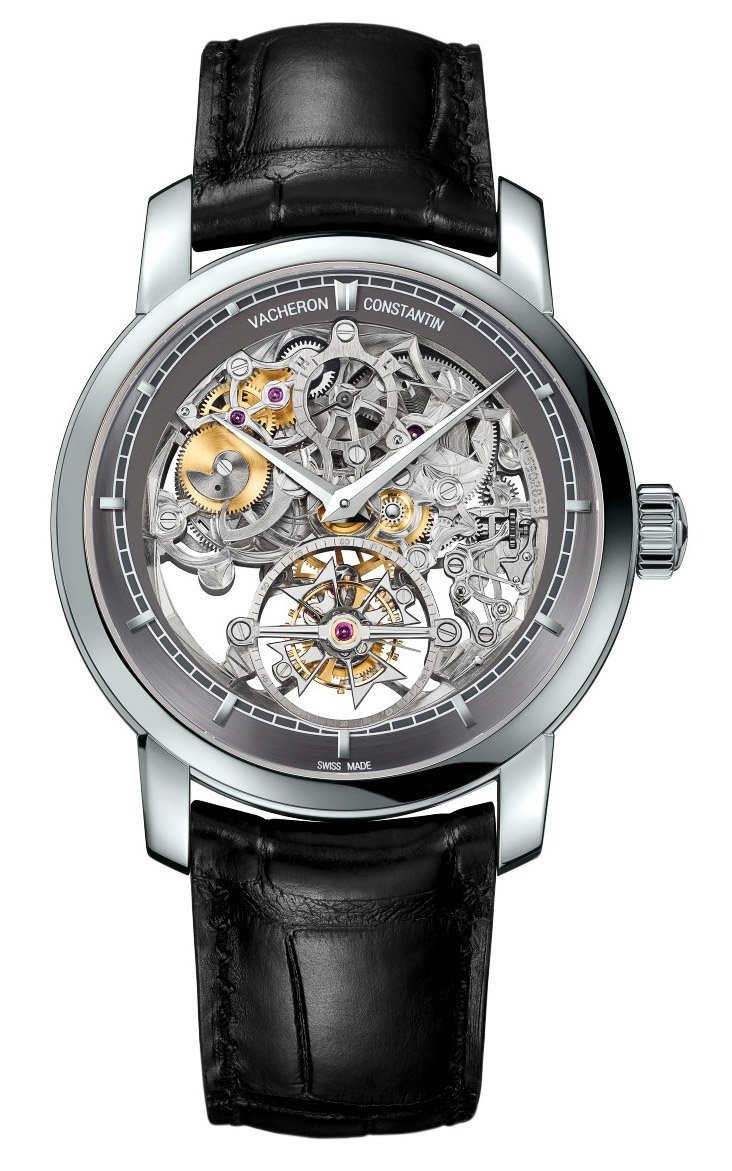 Bearing the Seal of Geneva, the movement is pretty top notch in pedigree and construction. The symmetry of not only the dial layout, but of the movement itself is impressive and attractive. The movement operates at 2.5Hz (18,800 bph) and has a relatively efficient 231 parts. The tourbillon cage itself is also a standout item of attractiveness with its Maltese Cross motif.

In the 2260 SQ (squellete, or “skeleton”) form, the movement takes on a totally different character altogether, even though its features and performance are identical to that of the standard 2260. What is different is the amount of attention it receives from specialized hands as it has fully skeletonized and engraved bridges. That means that all potentially excess metal is removed to allow for a view into as much of the movement as possible, but also that the available surfaces are in many faces decorated with engravings. 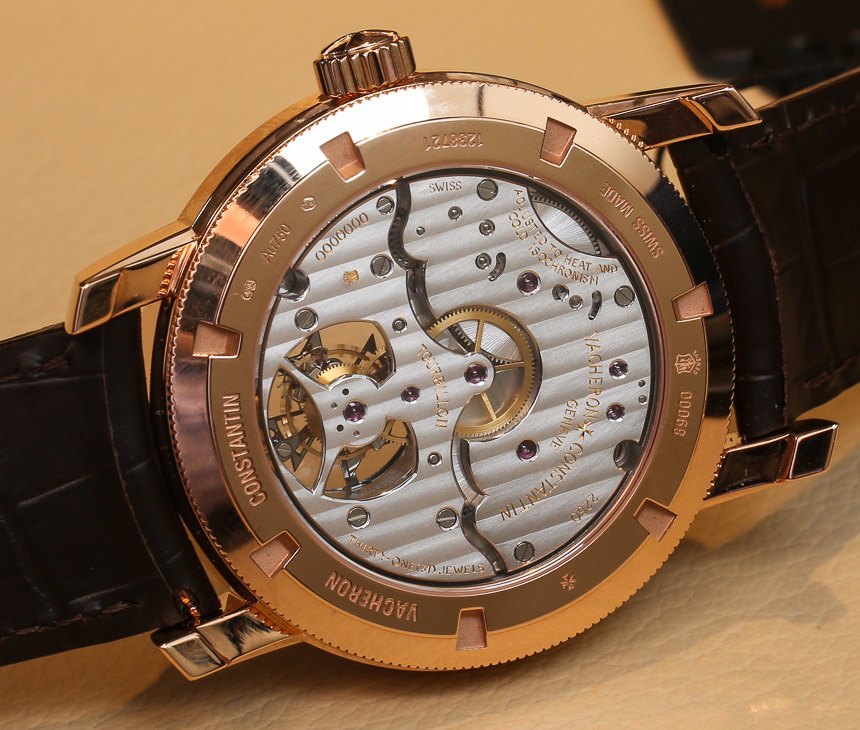 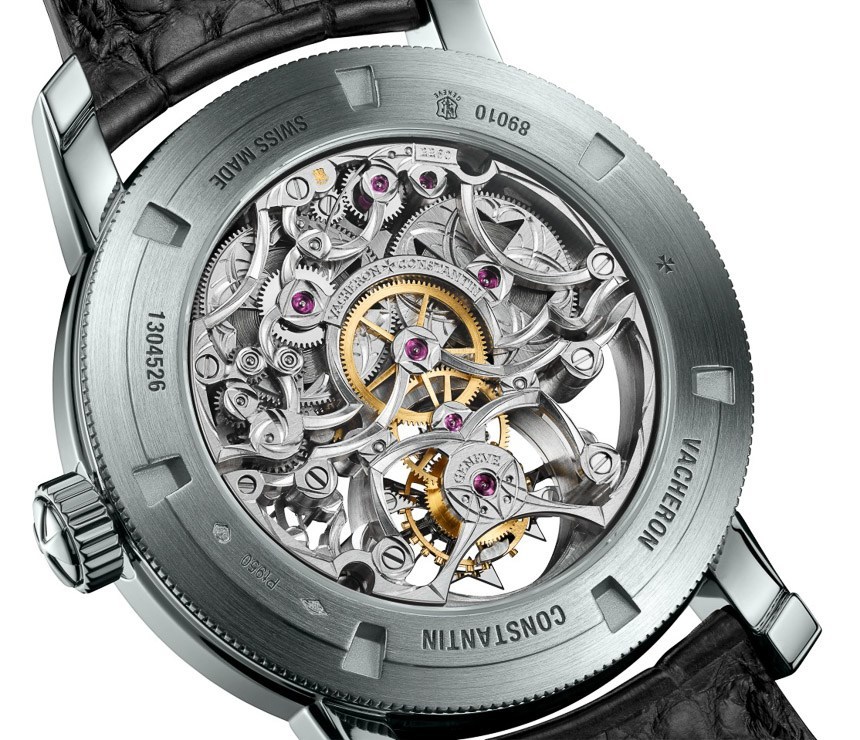 The unique thing about the engravings on the 2260 SQ movement is their aesthetic design. They seem to combine traditional forms and lines with something more modern that, in a sense, resembles those “tribal tattoos,” but in a really refined way. What is further interesting is the design of the bridges which swoop and curve with grace and poise.

From a traditional (ahem… “traditionnelle”) standpoint, the non-skeletonized Vacheron Constantin Patrimony Traditionnelle 14 Day Tourbillon is more legible and comfortable in its design. This is Vacheron Constantin at their best and most at ease, with a dial that combines simple features and an opening to a complex mechanism. All the hands and markers are well-proportioned, and the indicators such as the power reserve scale are easy to read. You, of course, have to love the dauphine hands that are easy to spot. Emphasis on the Openworked version of the dial is a bit different.