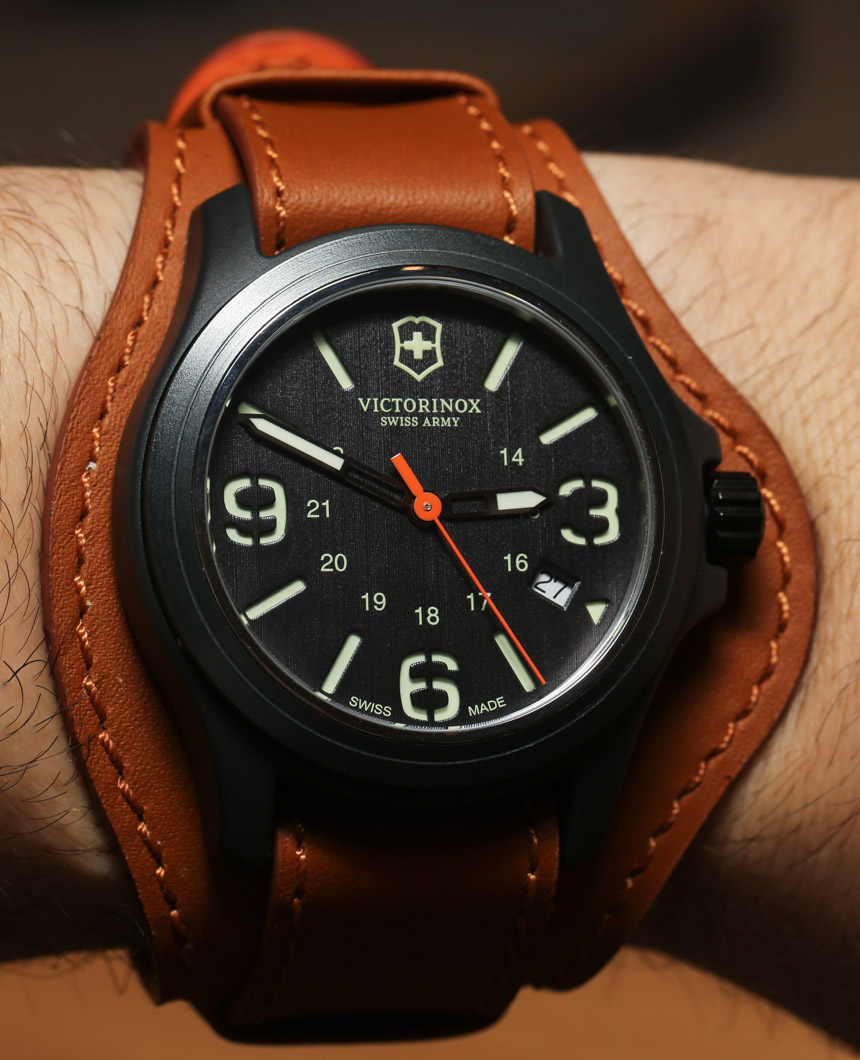 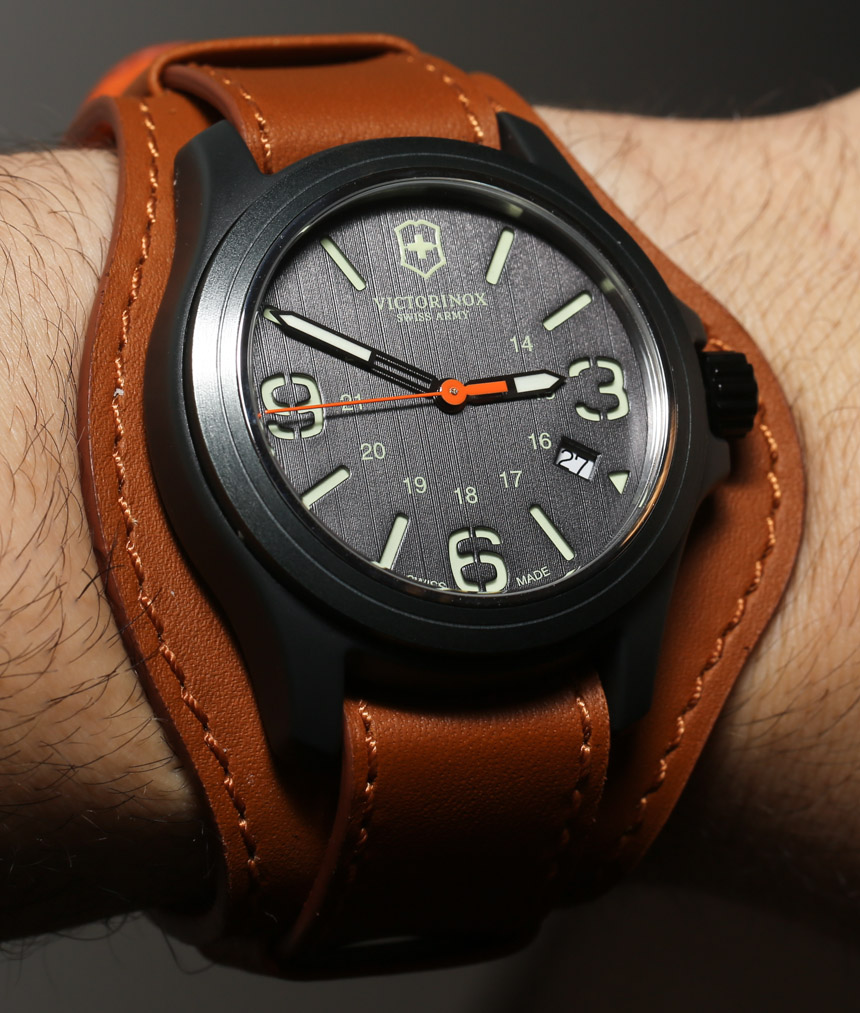 In 2011, Victorinox Swiss Army released a new version of their classic “Original” watch (debuted here) that retained the same affordable, plastic-bodied theme of the… original, but with a slick modern look. For 2013 Victorinox Swiss Army releases two new versions of the Original which includes a limited edition chronograph each on a neat looking bund-style strap. A big fan of these attractive and inexpensive watches, we take a hands-on look at both the Original three-hand and Original Chronograph LE (limited edition).

From a technical perspective, these Original watches are the same as the other “new” Originals, but with new color options. Swiss Army already released both the three-hand and chronograph versions, but they are sill “newer” models. What really struck me was how nice looking the pieces are from a design perspective. Swiss Army is known for having a keen eye for details such as legibility and style, but they’ve done a lot here with a sub $500 model. It is true that plastic-cased watches can be purchased for much, much less, but the overall presentation here makes it worth the money in our opinion. 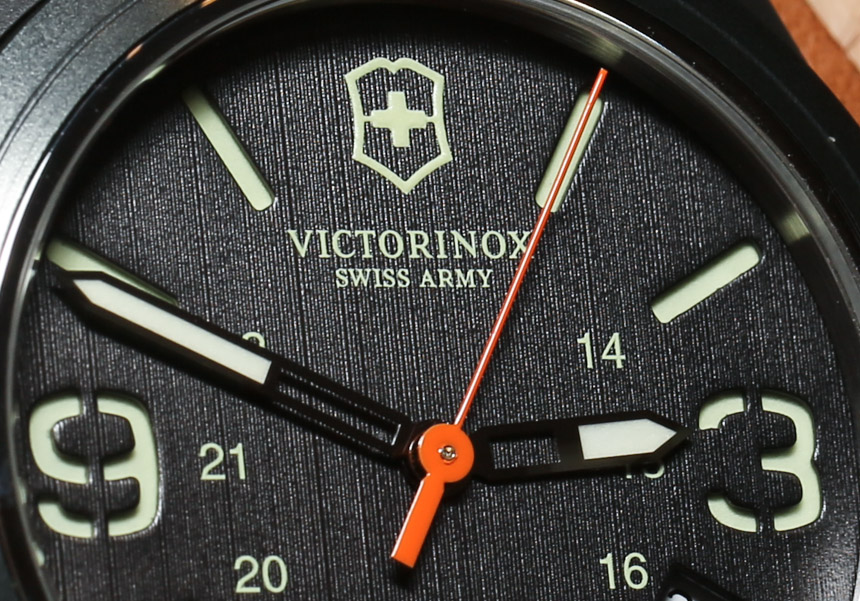 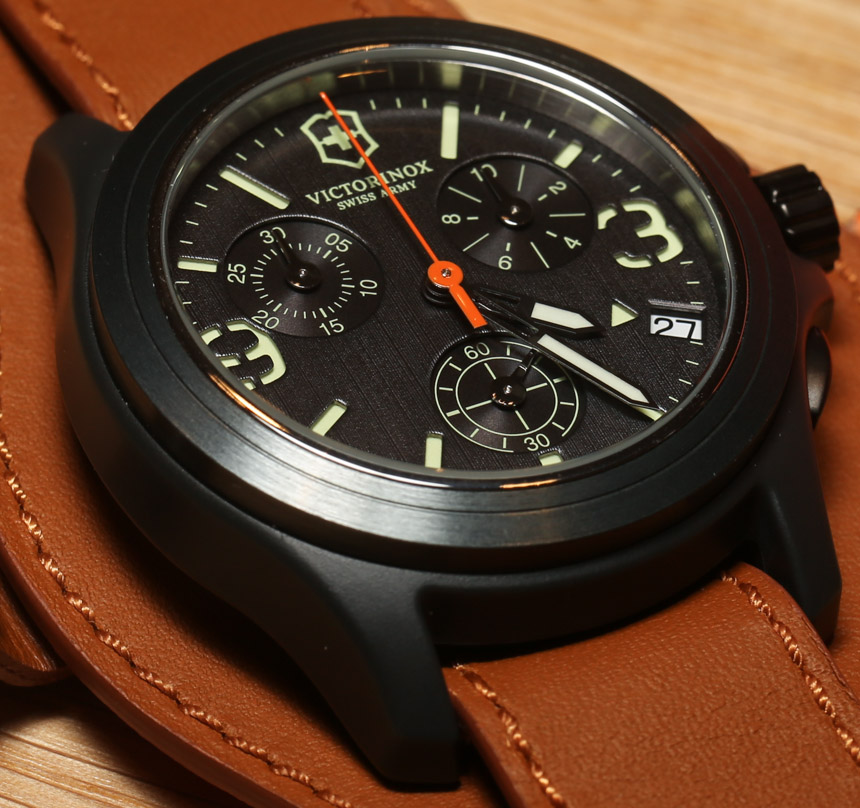 So let’s discuss these straps right away. Bund straps have a cuff-like piece (sometimes detachable) that goes completely under the case – ensuring that the case does not touch your wrist. They are usually leather, and taper to a more narrow width towards the strap part of the watch. Depending on the design, bund straps function like NATO-style straps in the sense that if one strap spring bar breaks or comes off, the watch won’t fall off your wrist. Though that is not universally the case, especially in instances such as with the Original because you can remove the thick middle section.

I actually like the strap with its bund-style segment. In tan brown, the leather strap looks fashionable with its cuff-style appearance. The wide section also helps the watch case appear larger. That is because the Swiss Army Original has a 40mm wide case – which while not small, is not as large as many men want. However, on this style of strap you can remove the bund section for smaller wrists and put it on for larger ones. The case is made out of “nylon fiber,” which is a form of plastic. Not exactly black, the cases on these versions of the Swiss Army Original are a deep gray. 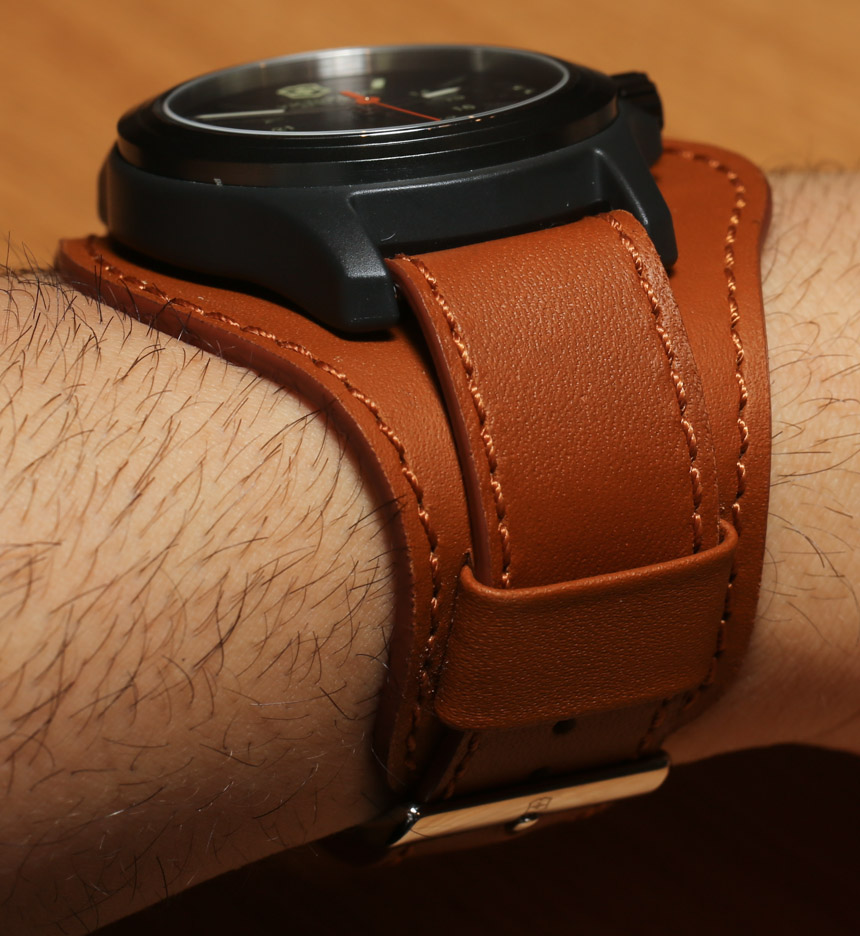