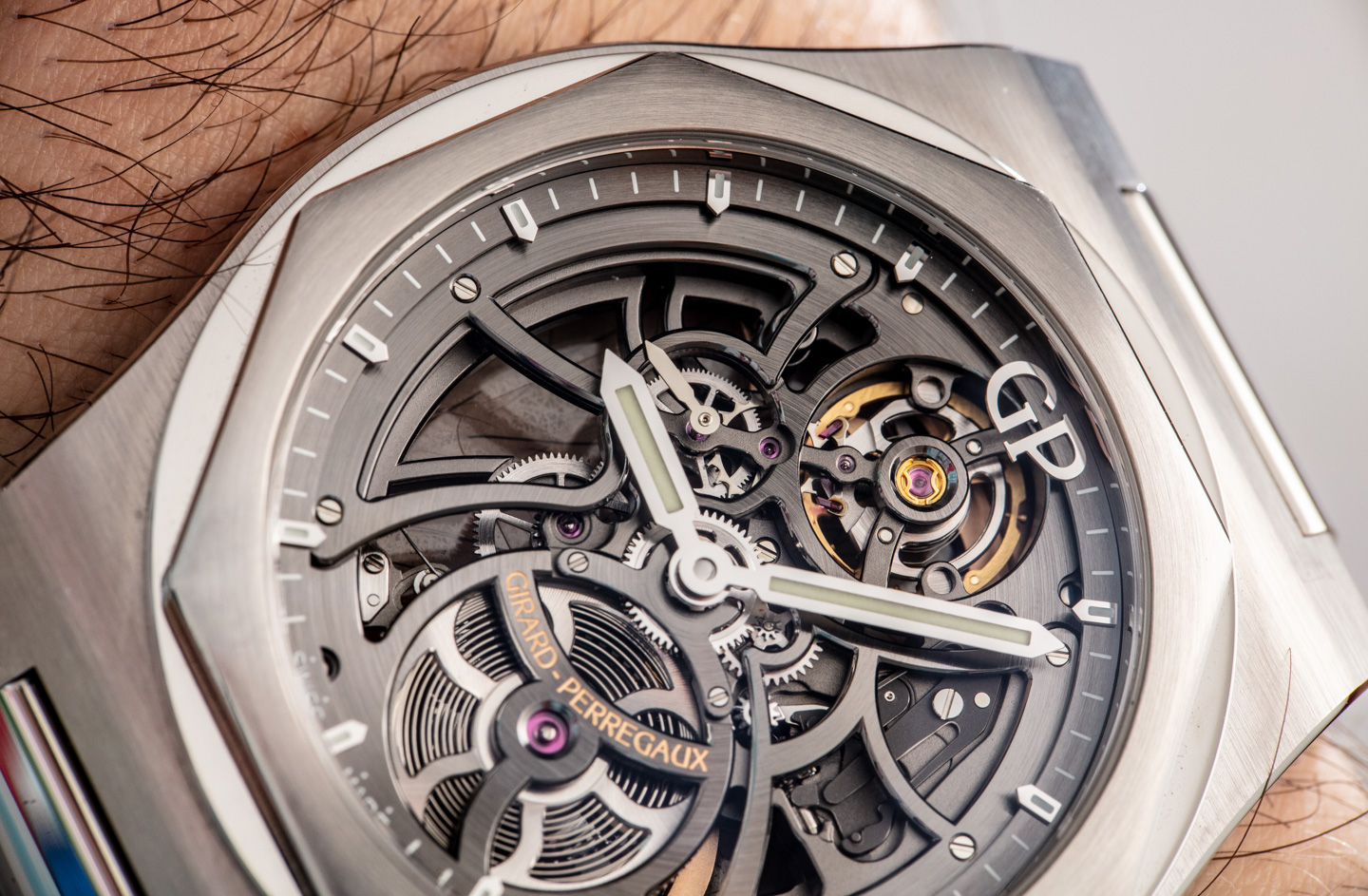 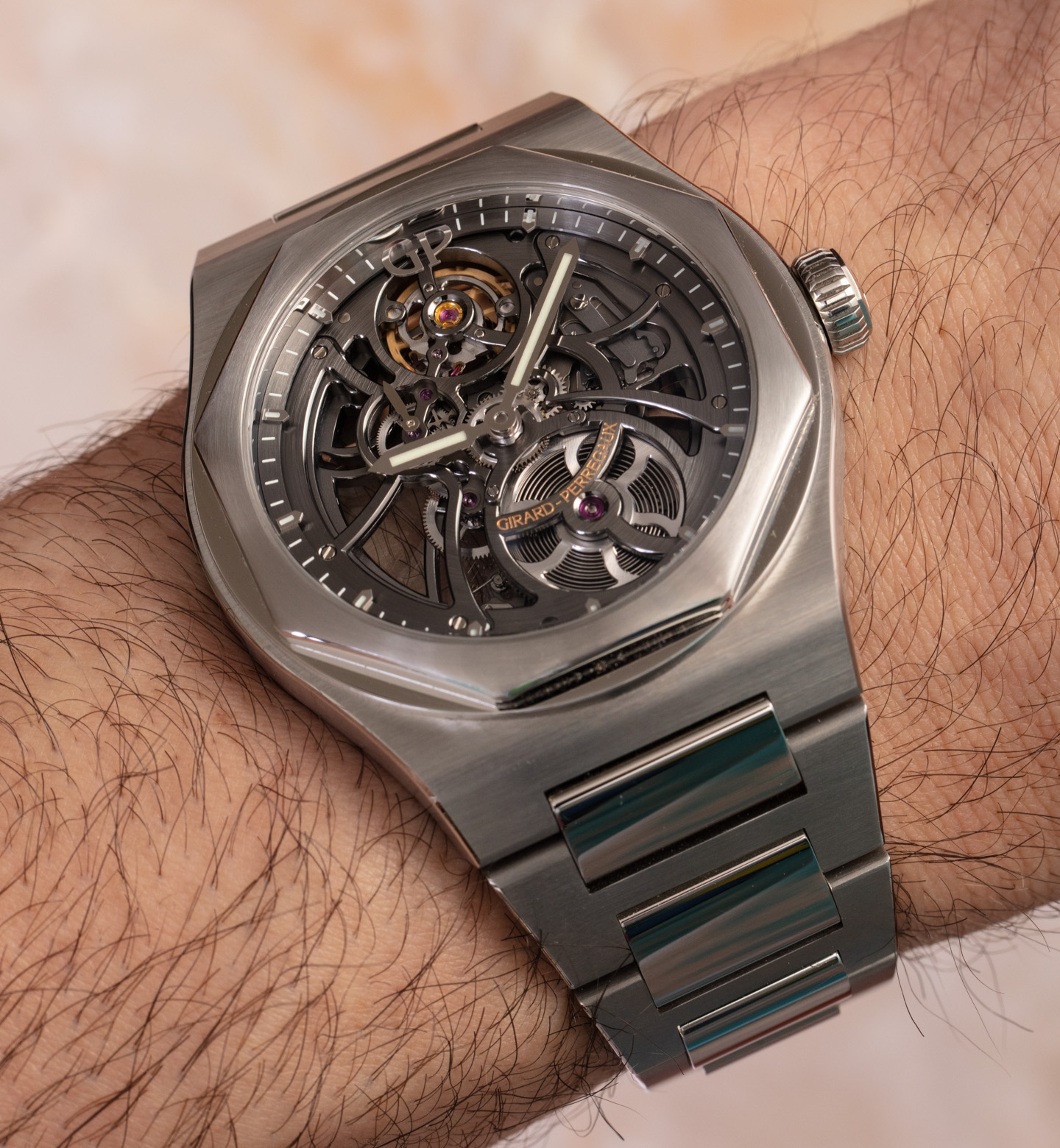 Featuring a skeletonized version of the in-house automatic movement that powers the standard three-hand Laureato watch, the Girard Perregaux Laureato Skeleton (first introduced in 2017) is a wonderfully exotic flavor of a luxury lifestyle sports watch that combines an easy wearing experience with a haute presentation of the mechanical movement within. Girard-Perregaux actually produces the Laureato Skeleton in a few styles, with this reference 81015-11-001-11A in steel being the “entry-level” version. Other styles of the Laureato Skeleton are offered in black ceramic or 18k pink gold… and that doesn’t even start the discussion of the Laureato Flying Tourbillon Skeleton, which takes the prestige level (and price) to an entirely different level.

As far as skeleton watches go, what I most appreciate about the Girard-Perregaux Laureato Skeleton (first debuted on aBlogtoWatch here) is the product’s legibility, and next, the hand-polishing of the skeleton-cut movement bridges. The dial features a full ring of hour and minute markers, along with prominent sporty hands that are lume-filled, just like the hour markers. To keep the watch looking masculine, the movement is given a dark-gray finishing, but the hand-finishing can still be identified by the trained eye. 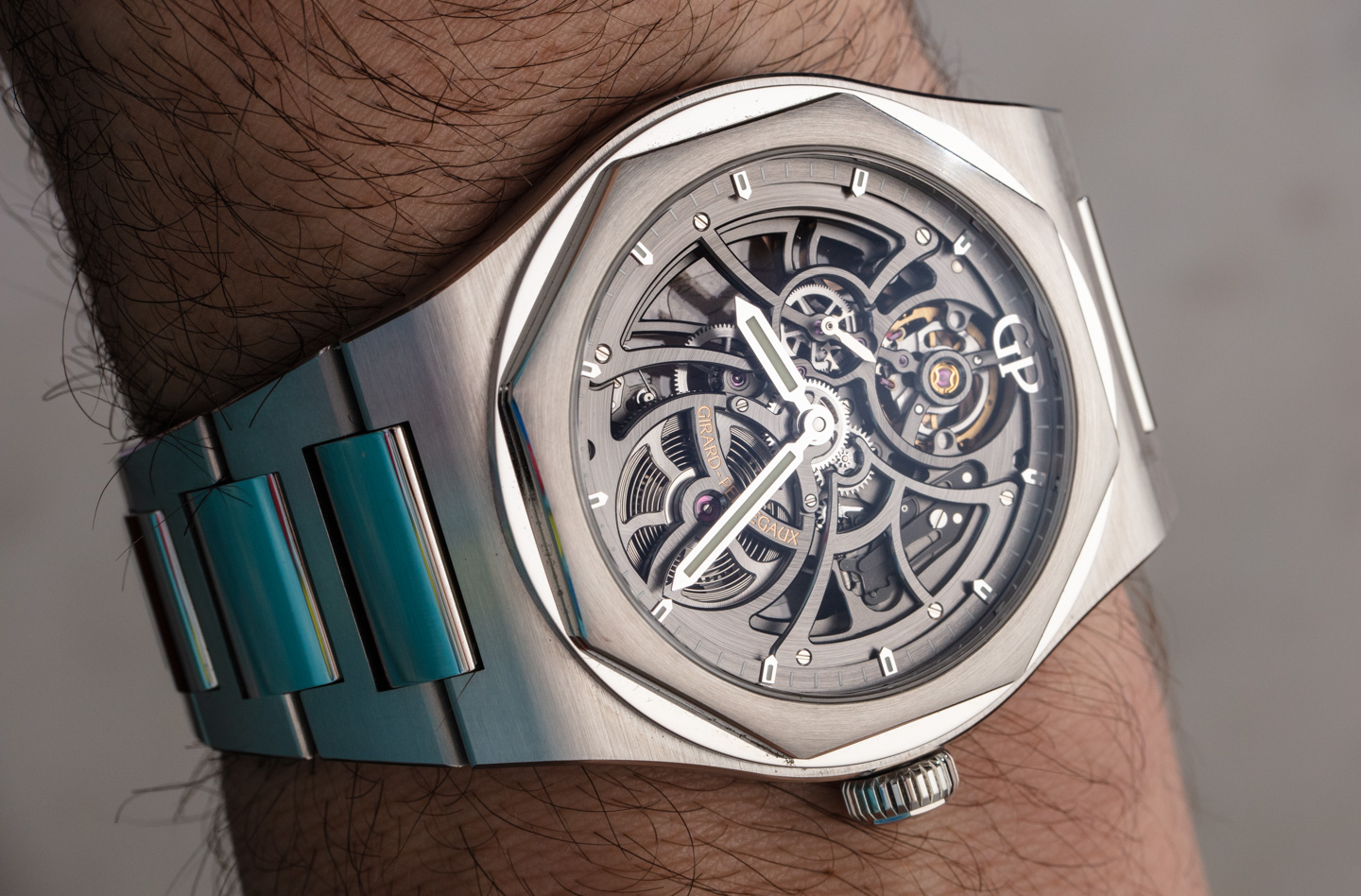 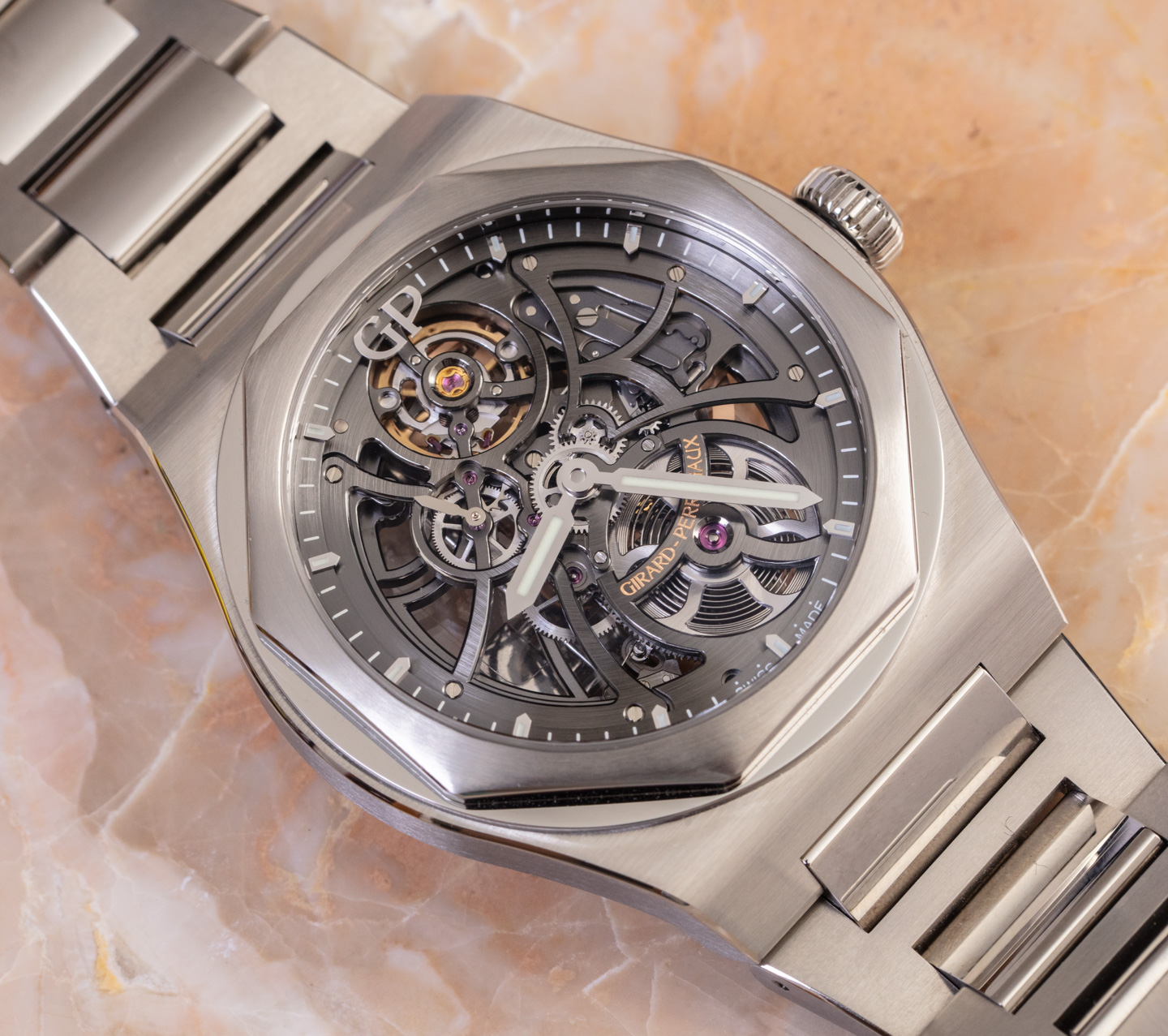 The movement itself is the in-house-made Girard-Perregaux caliber GP01800-0006 automatic, which is 4.16mm-thick and is made up of 173 parts. The relatively slim movement operates at 4Hz (28,800 bph) with a power reserve of about 54 hours. It is easy to miss at a glance, but the movement does feature a seconds hands, which is via a subsidiary seconds dial that is placed in a quirky position toward the center of the dial at roughly the 10 o’clock position.

The skeletonization process is very thorough here, with a view even into the mainspring barrel (which can actually function as a crude power-reserve indicator by visually looking at how wound or unwound the mainspring is). One of my favorite parts of the movement is the highly skeletonized automatic rotor, produced from solid pink gold. I found it very attractive how the movement designers mimicked the flowing lines of the cut movement bridges in the skeletonization motif of the automatic rotor itself. 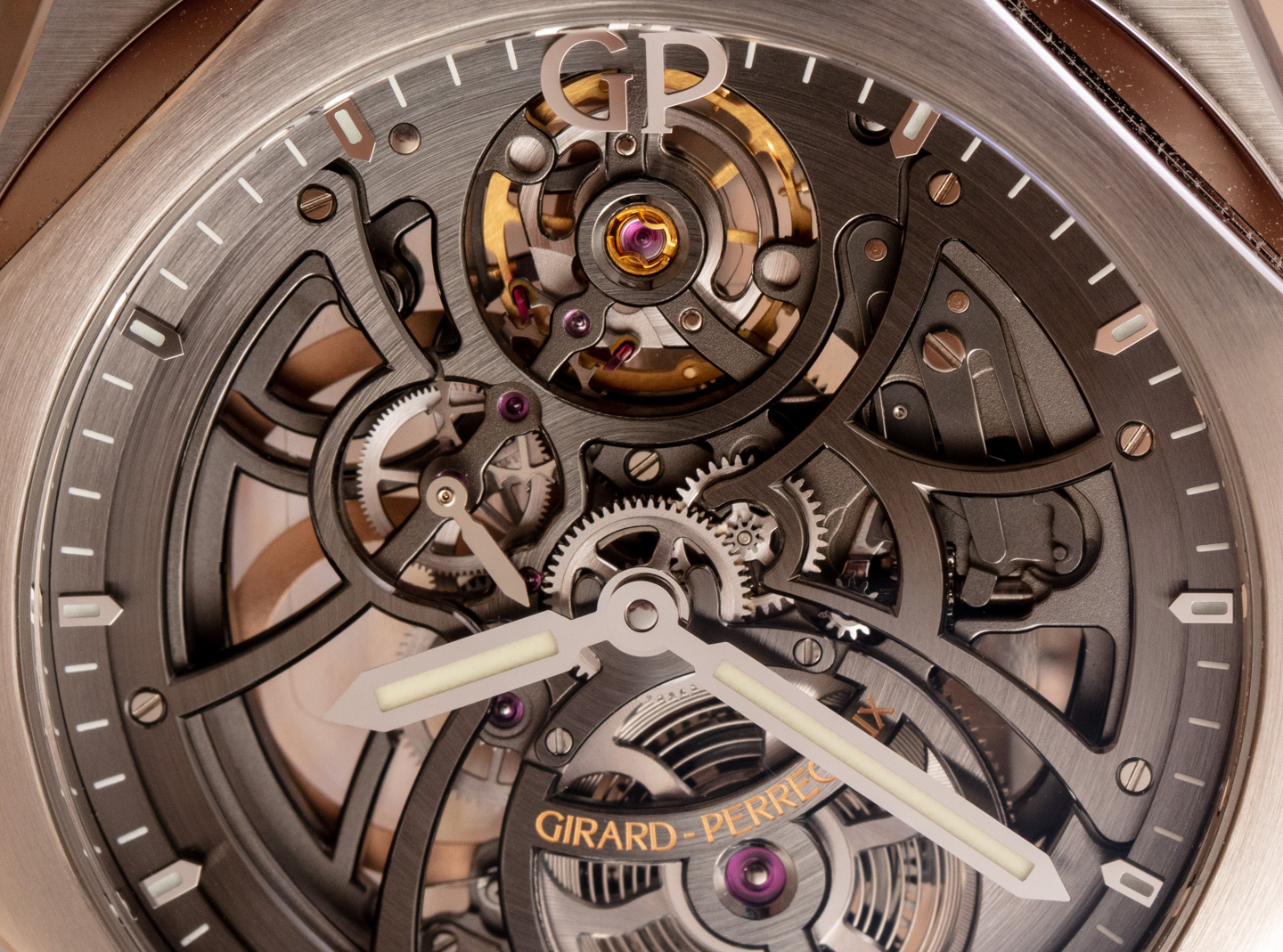 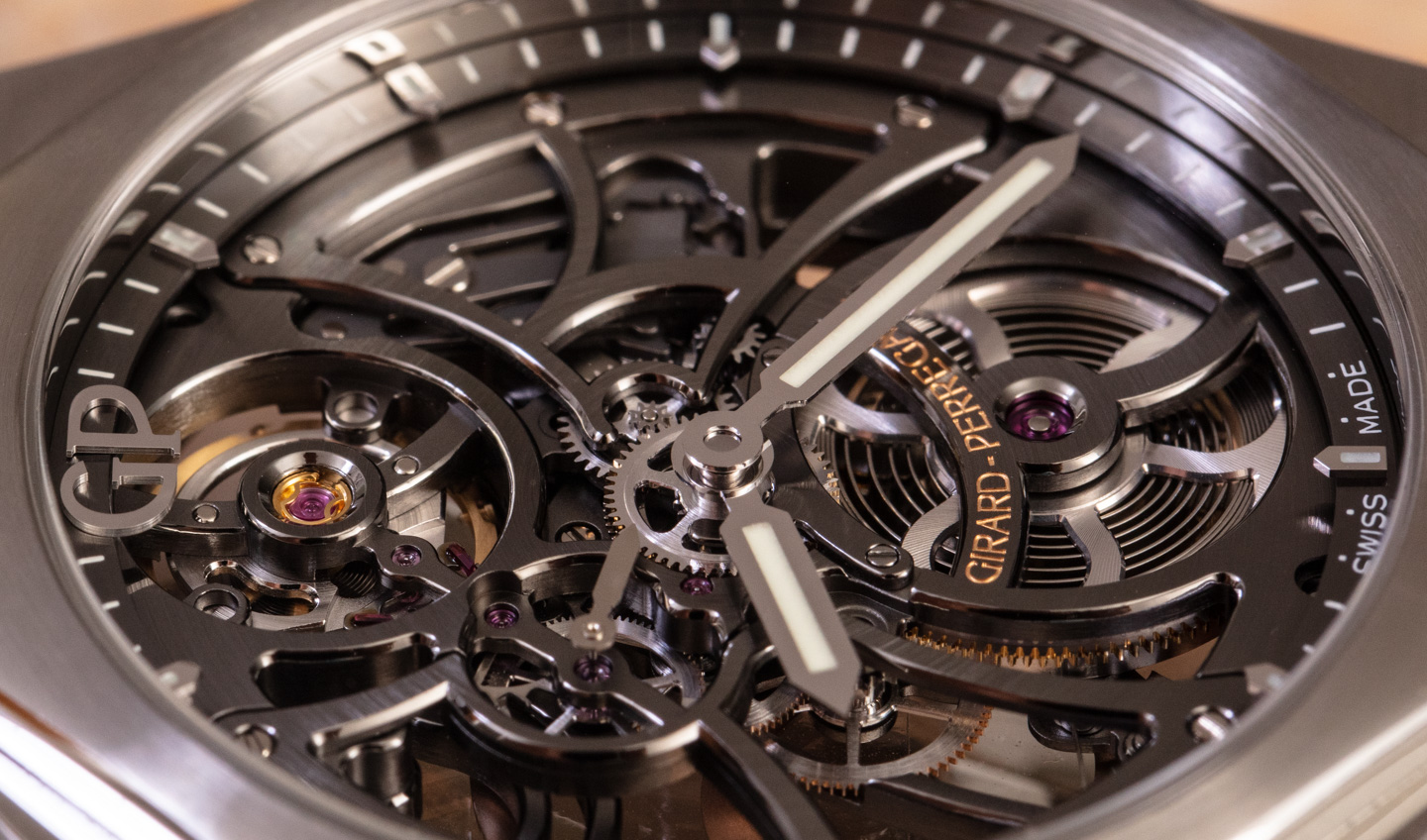 Those who need a bit more visual pizazz (and can spend more than four times the money) can opt for the Girard-Perregaux Laureato Flying Tourbillon Skeleton. There is no steel version of the Flying Tourbillon Skeleton, but there is an 18k white-gold version with a similar color palette to this gray and steel Laureato Skeleton. At over $140,000, it is the way to make an even bigger splash for those who like to show off even that much more.

Skeleton watches are, indeed, for showing off, but often for the wearer — as the style of the dial is as decorative as it is functionally interesting. There is an undeniable attraction to mechanisms with gear work that the human eye can both see and understand. Pair that with graceful lines and artisanal hand-polishing, and you enter the world of haute horology. Few watches with such visual allure are also practical as daily-wear watches. That said, since this is part of the Laureato family, it is among the rare skeletonized luxury watches that you could probably wear on a daily basis without much fuss. 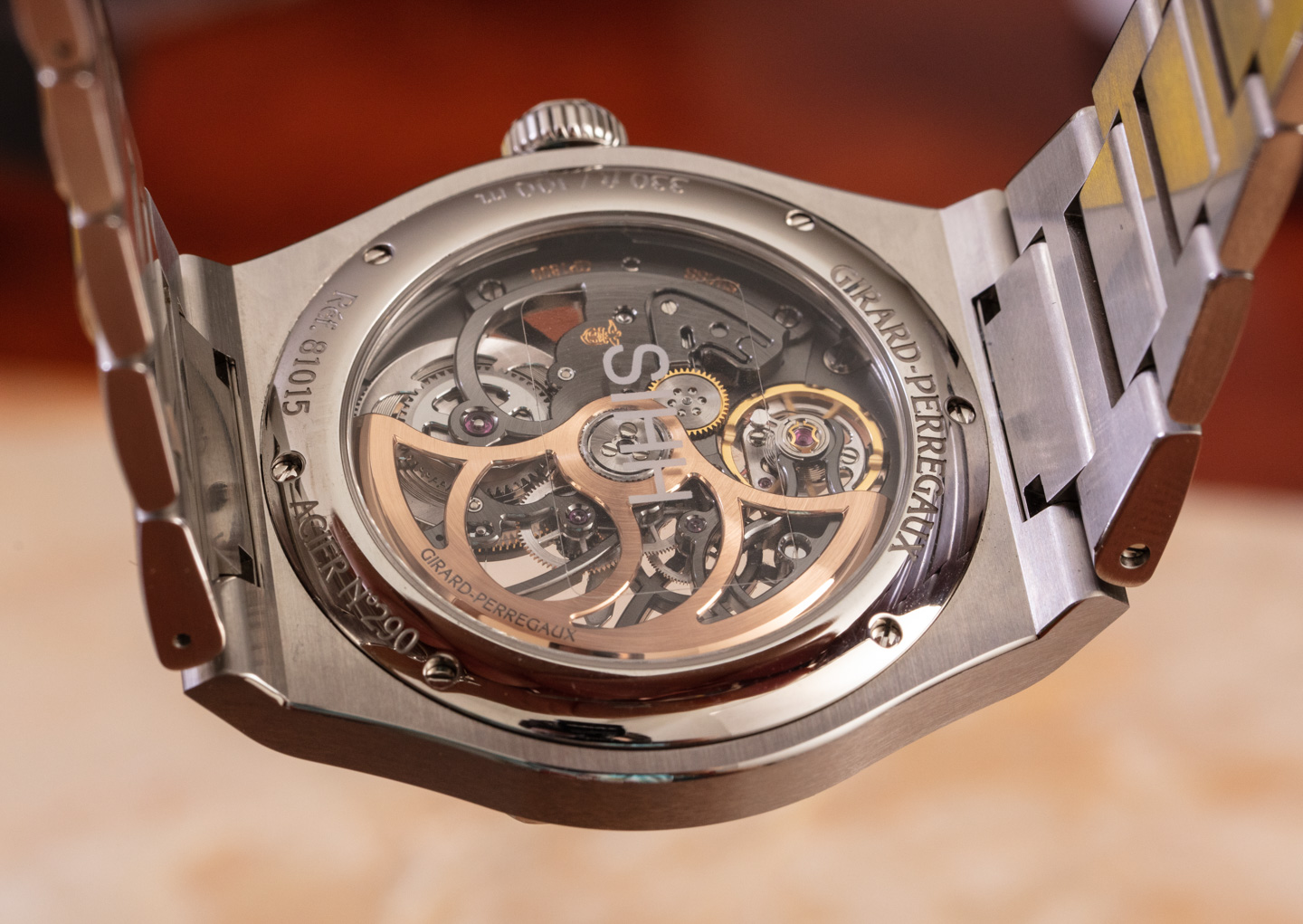 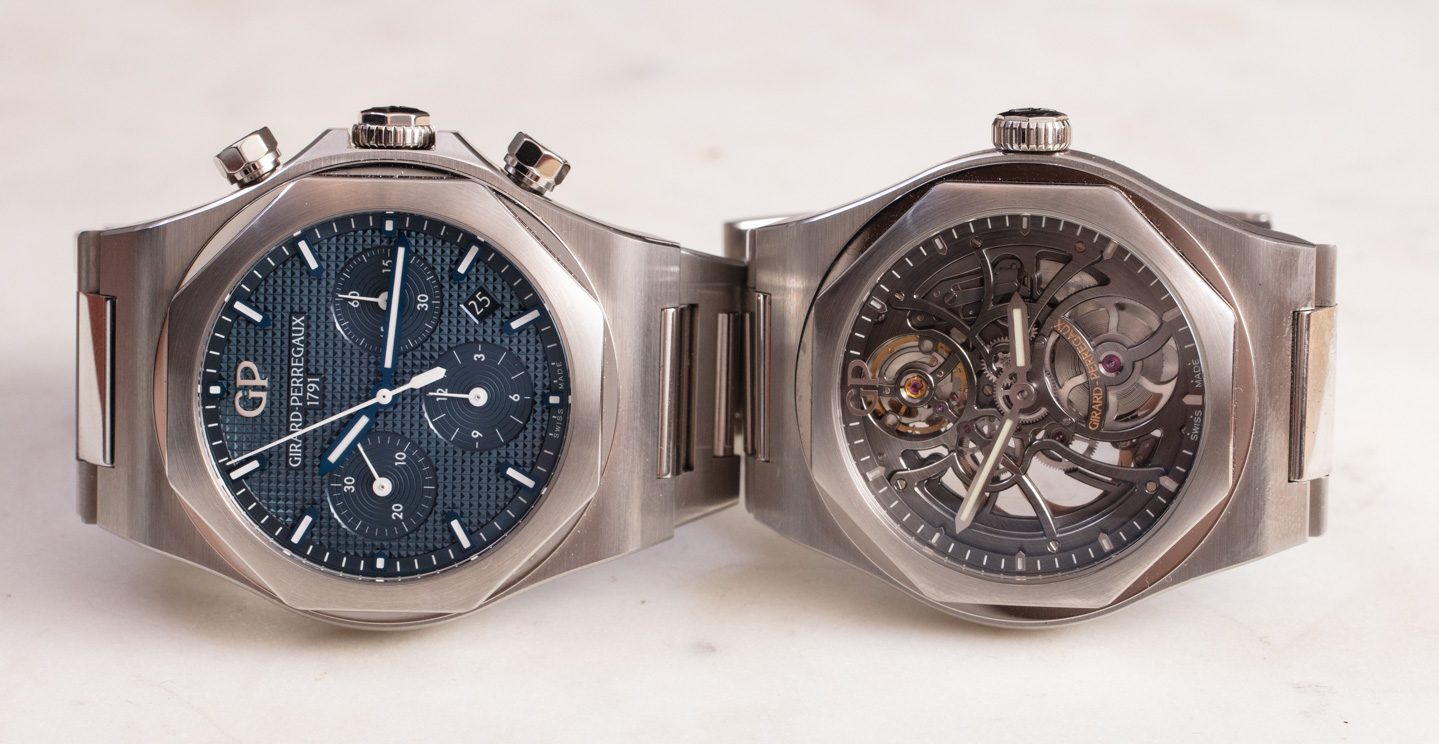 Girard-Perregaux has a lot going for the Laureato collection, which is now 46 years old. It was originally released to complete with the likes of the Audemars Piguet Royal Oak and Patek Philippe Nautilus, but it was not designed by Gerald Genta (a common misunderstanding, as I have learned). The integrated tapering bracelet and octagonal bezel are probably to blame for that, but this look is all original to Girard-Perregaux — save for the fact that the octagonal bezel was merely based on the twist-down nut-style bezel that was always supposed to straddle the line between industrial object and jewelry item.

The broad, sweeping lines of the Laureato case, mixed with the angularity of the bezel, makes it a favorite for me. I like both the Laureato and Royal Oak about equally, with the Nautilus coming in third. It really isn’t a competition since each of the product families have their own fans and, when worn, offer very similar experiences. A positive for those who like the Laureato: The prices, for either new or pre-owned, are much (much) more attractive than that of Audemars Piguet or Patek Philippe (and I don’t really think you get that much more watch when getting either of those). 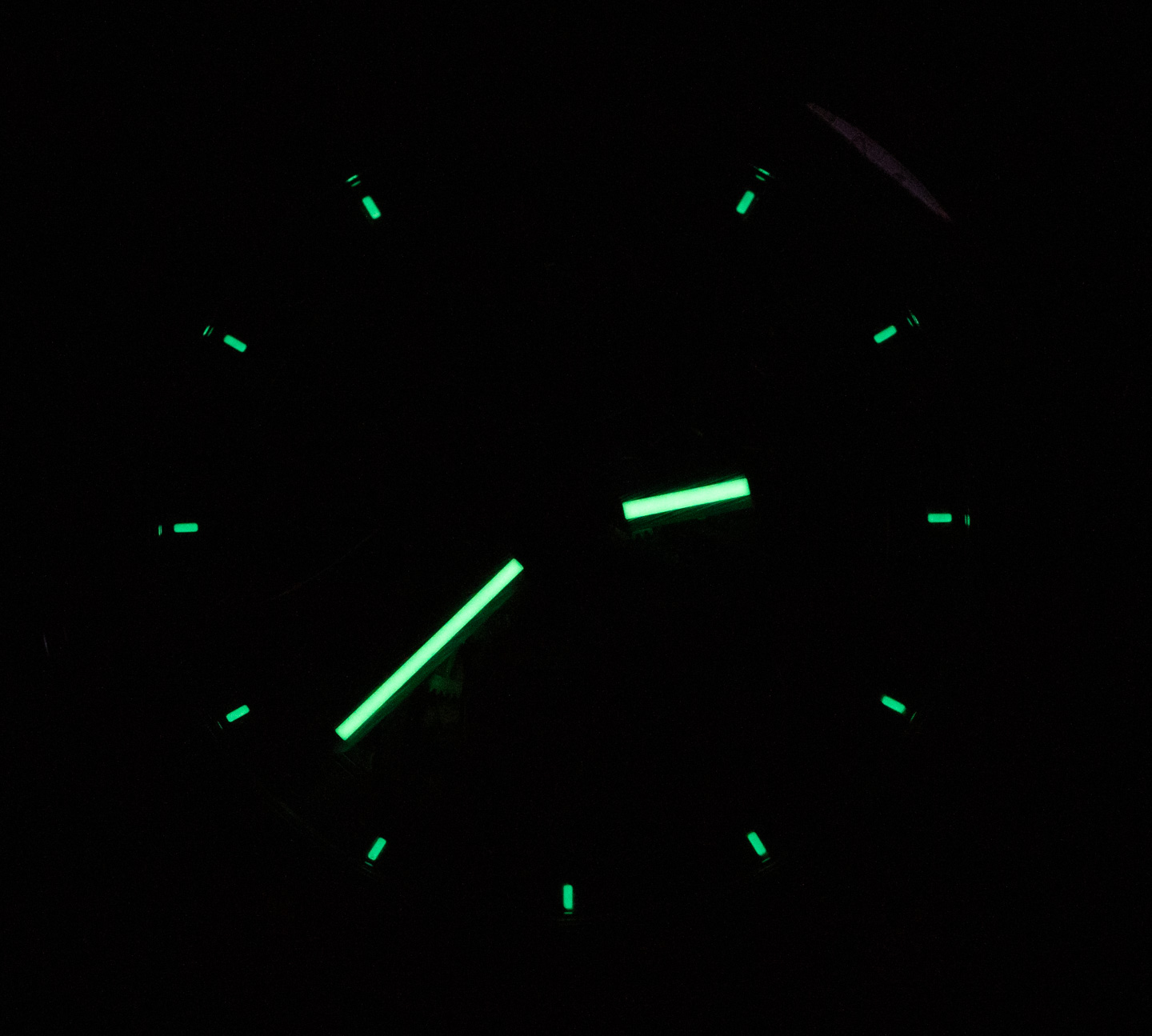 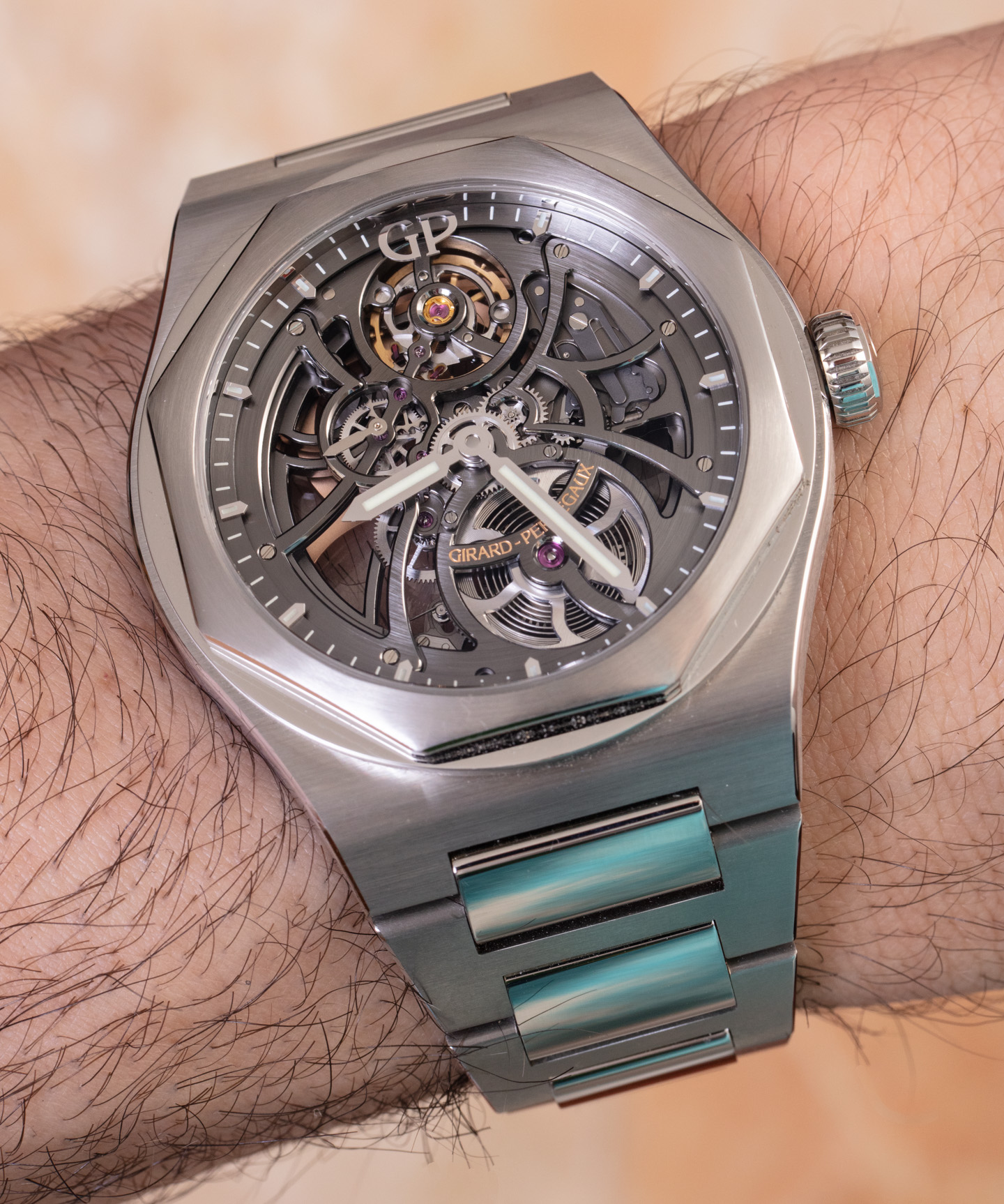 This Skeleton version of the watch comes in the 42mm-wide version of the Laureato case. It wears relatively slim on the wrist (given that the movement isn’t very thick to begin with, and has 100 meters of water resistance along with a sapphire crystal over the front and back. The lug-to-lug distance is a bit on the long side, but the overall feel on the wrist is ergonomically sound and comfortable on a range of wrist sizes.

The contrast polishing on the steel case gives the various angles and surfaces of the Laureato a lot of visual pop. That is mimicked on to the bracelet, which matches the overall design but is not as distinctive as that of the Royal Oak or Nautilus, though it is just as comfortable. The butterfly-style deployant is nice enough, but it would have been nice to see this element of the watch be just a bit more distinctive to further help elevate the presentation of this otherwise very nice timepiece. 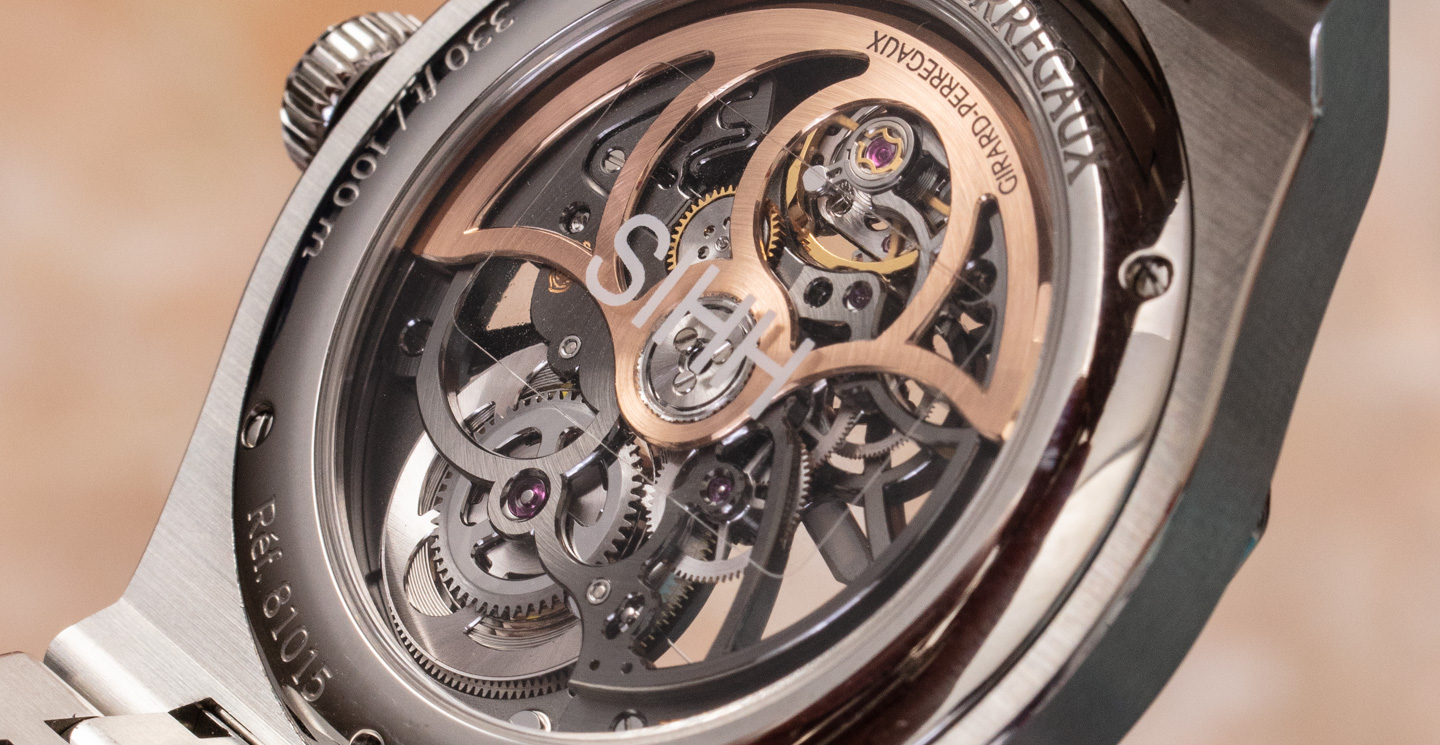 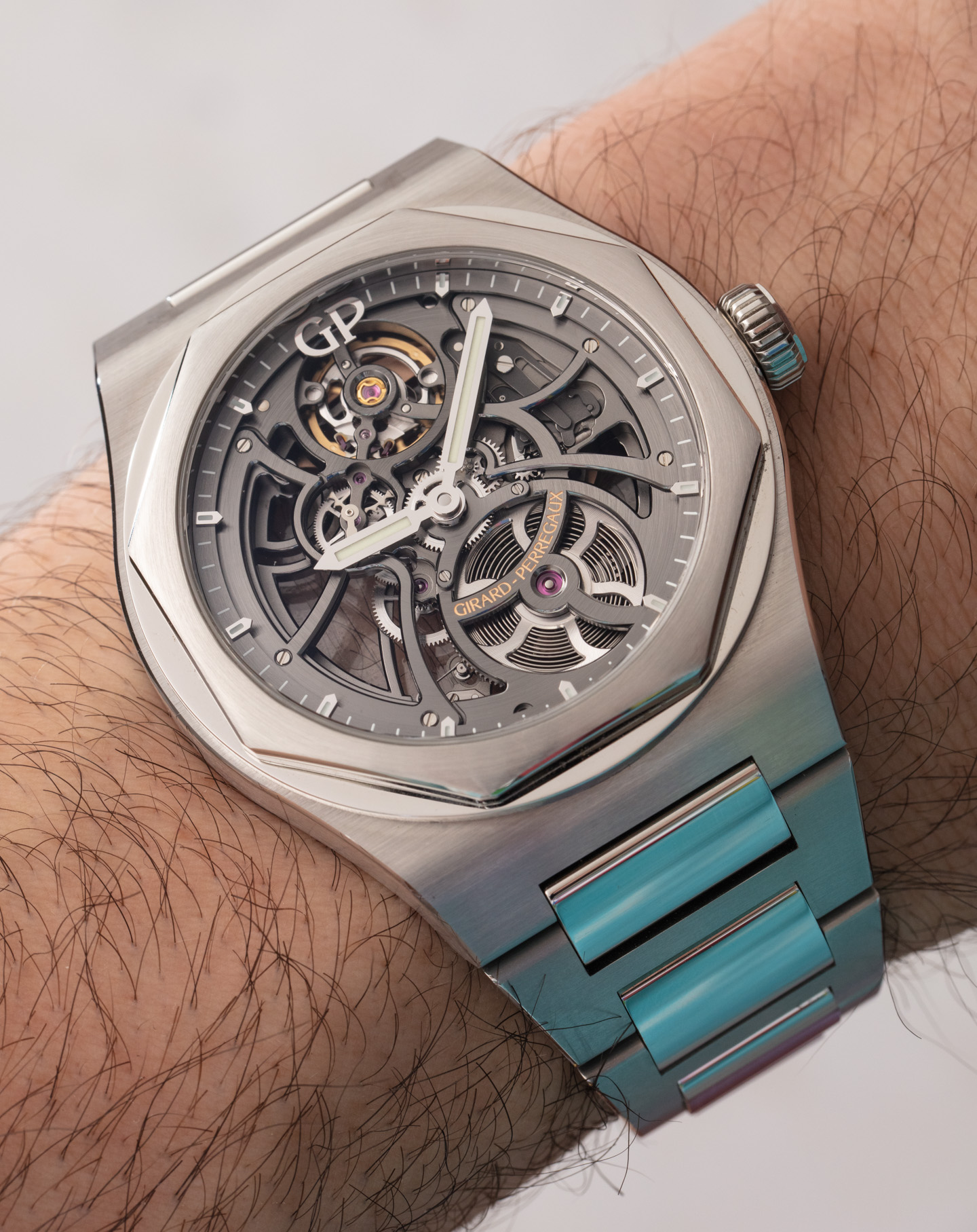 Fans of these sports-style luxury bracelet watches should certainly consider a Laureato watch when selecting from the available options on the market. The collection starts at a reasonable ~$13,000, but in Skeleton form is a bit under three times the price. That extra money goes into the exclusivity of a more rare timepiece, as well as the copious additional human labor required to decorate and refine the skeletonized movement. It is an ideal choice for those who prefer the worry-free nature of simple three-hand automatic watches, but who also want the added culture and allure of a hand-finished, highly visible movement.

As a timepiece enthusiast, I find it hard to resist the flirty smile of a skeletonized watch such as this. If given the choice between a standard (dial-based) watch and one with a skeletonized face that offers an almost lascivious view of the movement within, I think I’d choose the latter each time. This experience isn’t for everyone, but once you get romanced by that stark view of a mechanical beating heart, it can be a challenge to go back to a mere “tool watch.” The Laureato Skeleton is not part of a limited edition, but each piece is individually numbered. Price for the reference 81015-11-001-11A Girard-Perregaux Laureato Skeleton watch is $35,300 USD. Learn more at the Girard-Perregaux website here.