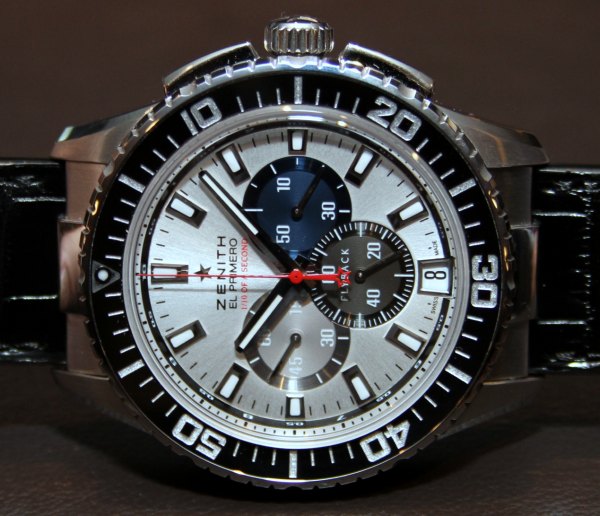 In at least one award last year the Zenith Striking 10th was voted best watch of 2010. The cool character was on many people’s minds as it was a highlight of a reinvented brand. The irony of course was that as Zenith reinvented themselves and asked everyone to forget its recent past, they also asked people to recall Zenith’s slightly more distant past as the brand was to “rediscover its roots.” I really liked the El Primero Striking 10th Chronograph watch – but never really understood the name. This year the Striking 1oth is back, and now wears a Stratos suit of armor.

Functionally the Striking 10th is a foudroyante – but few people know that term. Basically it has a “flying” central hand which goes around the dial each second. It is used to measure time, in increments of 1/10th of a second. Unlike a standard chronograph you can measure time increments more precisely like this. “Striking” usually refers to what a sonnerie or minute repeater watch does. This El Primero doesn’t chime, so I don’t get that. Maybe they mean it in a more poetic fashion. Striking 10th does sound cool, better than the stuffy sounding “foudroyante.” 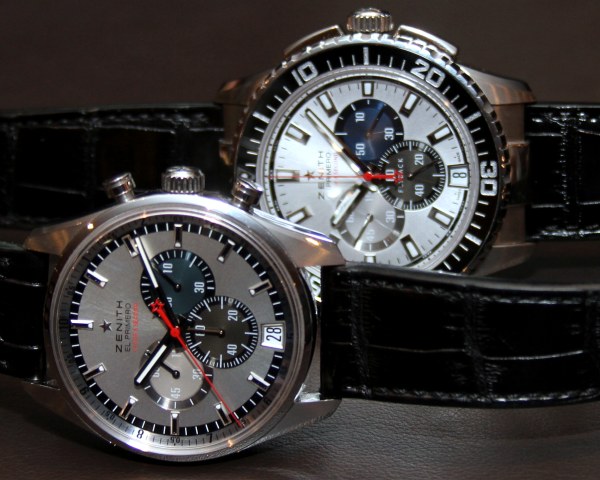 For 2011 Zenith’s hot watch is the El Primero Stratos Flyback (which I covered here). What Zenith also did is put the Striking 10th in the Stratos case. Really a good idea, but the only little issue is that unless you know there are two types of Stratos watches, you could be confused. You can tell them apart easily in two ways. First is the dial colors. Only the Striking 10th has the silvered dial with the silver, blue, and black colored subdials. This version also says “1/10th of a second” in red on the dial as opposed to “Stratos.” Easy to tell them apart now right? 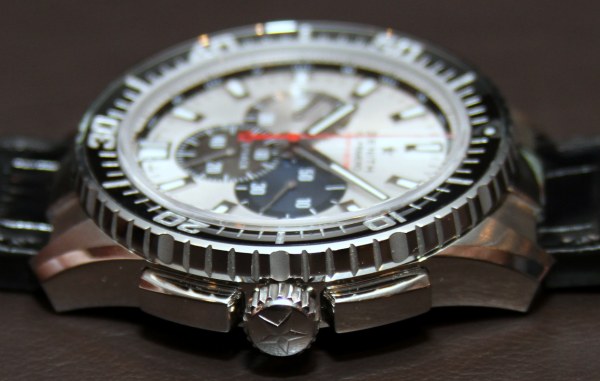 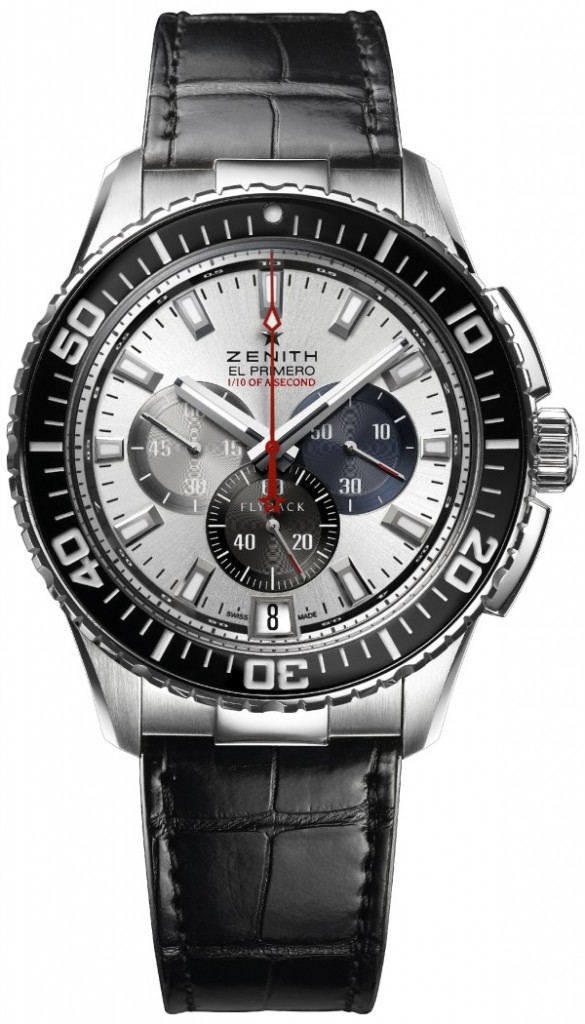 Both models have El Primero automatic chronograph movements, but the Striking 10th uses the in-house made Zenith caliber 4057B which operates at 36,000 bph. It is an automatic with over 50 hours or power reserve and features a 1/1o of a second flyback column wheel chronograph, time, and date. It measures up to 60 minutes via the chronograph. Once again, you can see the movement through the sapphire caseback.

Measuring a bit larger than last year’s model, the Zenith El Primero Stratos Flyback Striking 10th watch sites in a polished steel Stratos case that is 45.5mm wide. There is also an Alchron black limited edition piece. Just like the standard Stratos is looks great, and offers the same durable sporty looks for those who want the Striking 10th complication versus a standard El Primero chronograph. For more information on the Stratos case you can read about it here.

For comparison I was able to get images of the original Striking 10th with the Stratos version. As a limited edition, the Stratos model will be available as a set of 1,969 pieces. It will also be offered on a black alligator strap or metal bracelet. Really a fantastic piece and I expect them to be gone soon after they are available. Prices are as follows: $11,200 on the alligator strap, $12,100 on the steel bracelet, and $11,800 for the limited edition version of 500 pieces in black Alchron.