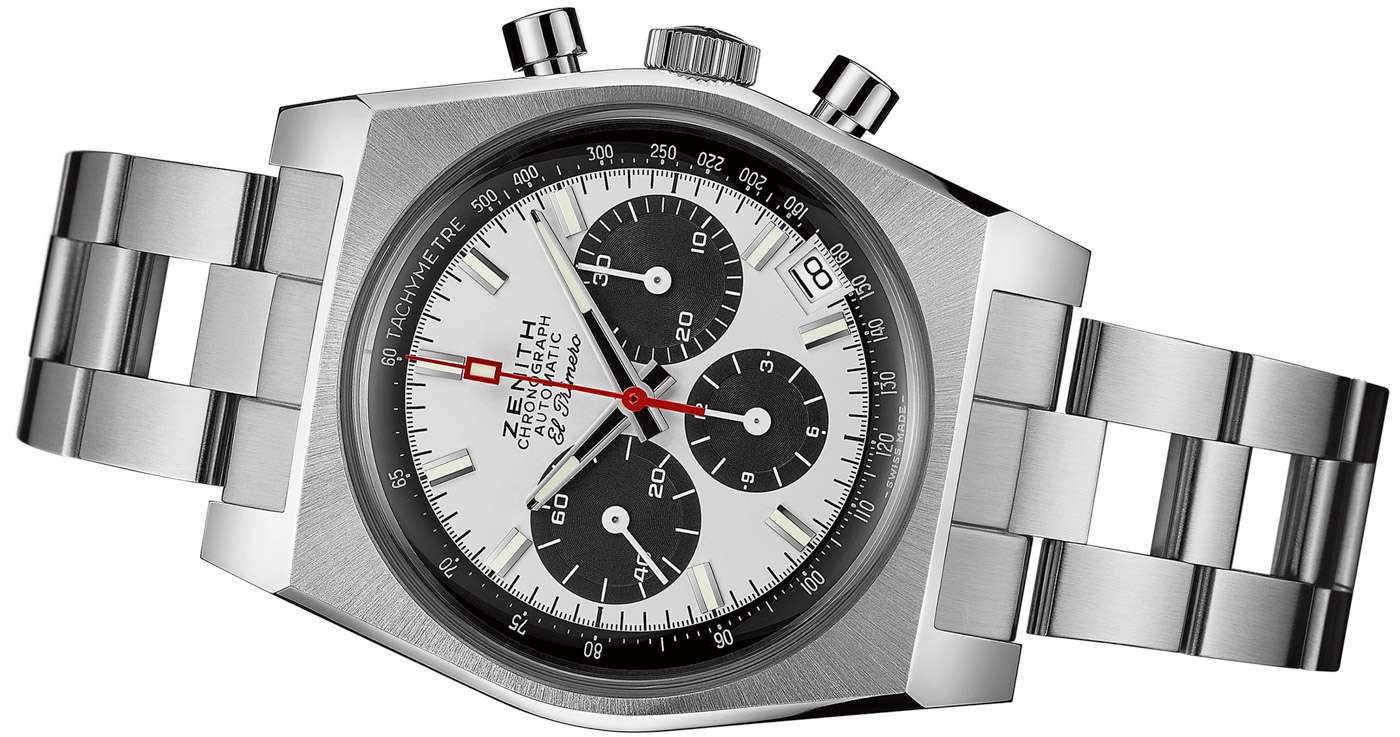 As the race for the first automatic chronograph movement drew to a conclusion in 1969, the watch industry at large was experiencing an explosion of creativity in case, dial, and bracelet designs as manufacturers sought to distinguish themselves from the more conservative styles of the past and from one another. Zenith, eager to highlight the revolutionary new El Primero movement with a distinctive look, hired esteemed third party bracelet manufacturer Gay Frères to create a one of a kind new style for the watch and the famous “ladder bracelet” was born. Today, we see that bracelet make its return on the Zenith El Primero A384 Revival Gay Frères bracelet-equipped watch. 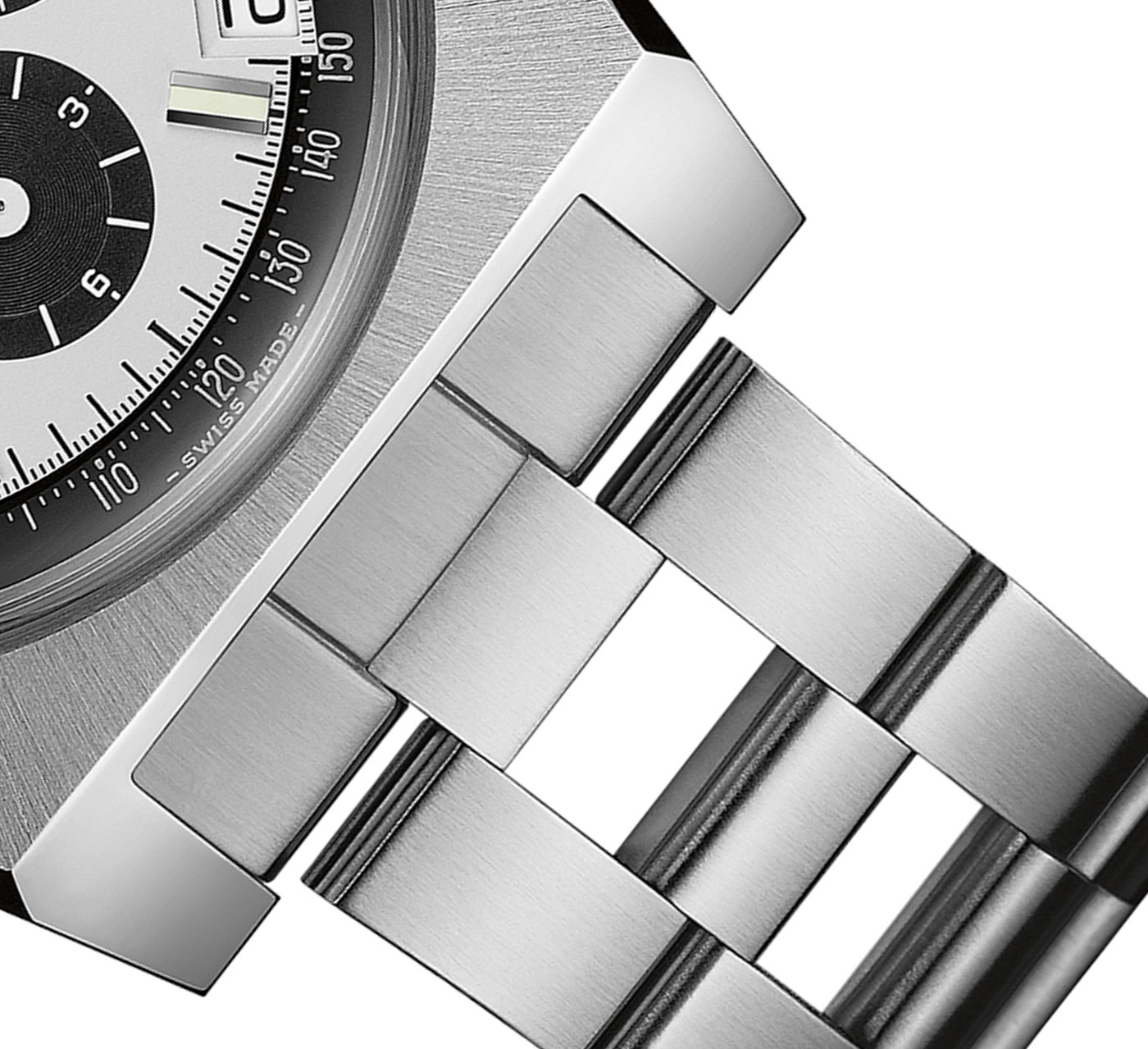 The breathable and sporty style became a legend among collectors over the following half-century, returning now to complement the El Primero A384 Revival first introduced in 2019 with a new butterfly deployant clasp. Other than the new ladder bracelet, the A384 Revival remains the same as the 2019 iteration, with its 37 millimeter geometric tonneau case and panda dial accented with a blazing red chronograph seconds hand. Inside the A384 Revival, the El Primero 400 automatic chronograph movement maintains the original trademark 36,000 bph beat rate alongside a robust 50 hour power reserve. 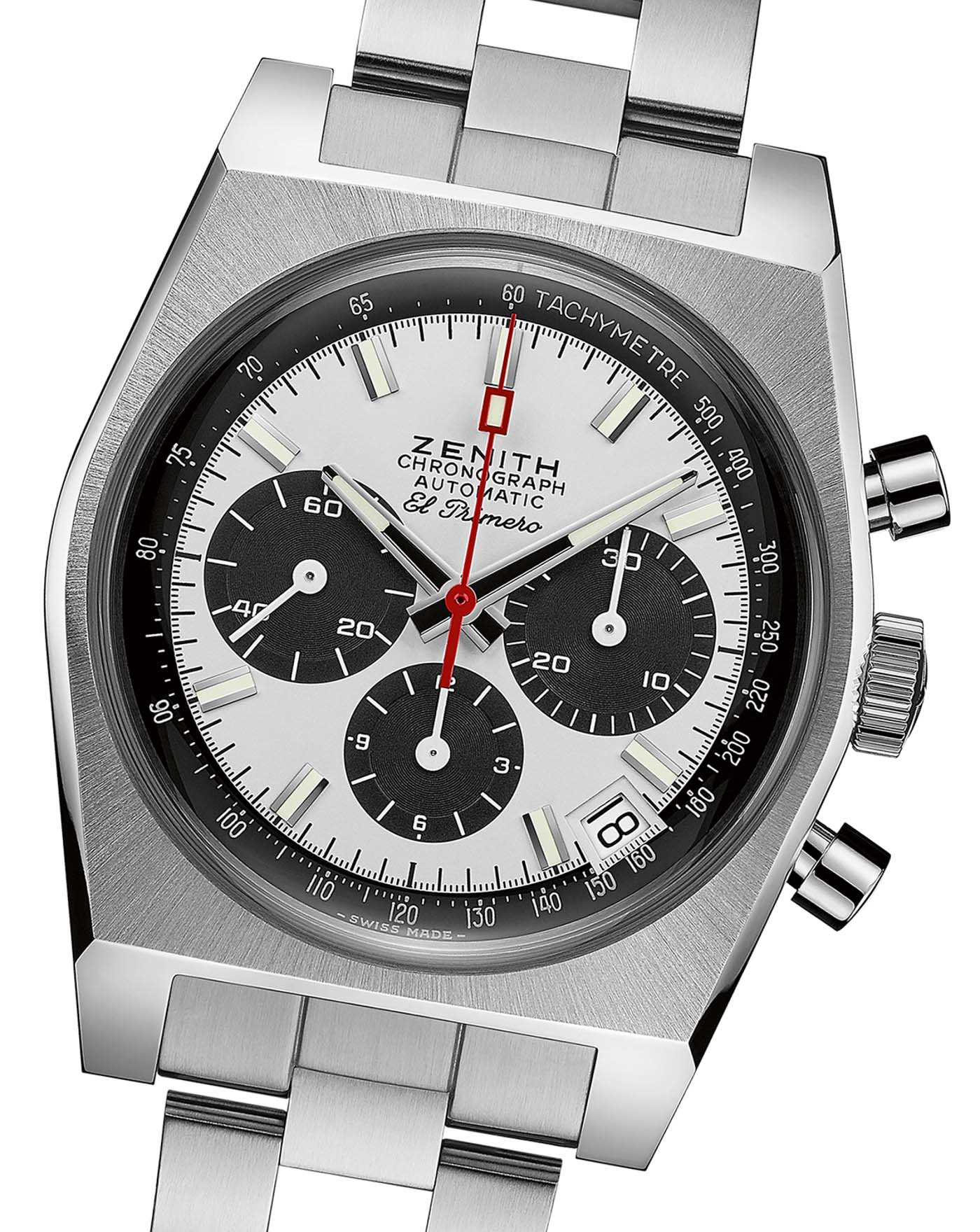 The Zenith El Primero had a banner year in 2019, with the brand celebrating the 50th anniversary of its iconic automatic chronograph movement. We saw a series of limited editions, special events, and the reintroduction of the original 1969 El Primero A384 design. While the 50th anniversary may be over, with the introduction of this Gay Frères bracelet, Zenith shows no signs of stopping support for the A384 in 2020.

While the overall formula changes little from the reissue debuted last year, the return of the ladder bracelet, this  most distinctive element of the 1969 classic, should make for a that much more “collector-friendly” watch in the long run. Zenith has priced the El Primero A384 Revival Gay Frères bracelet-equipped watch at $8,629. For more information, please visit Zenith’s website.