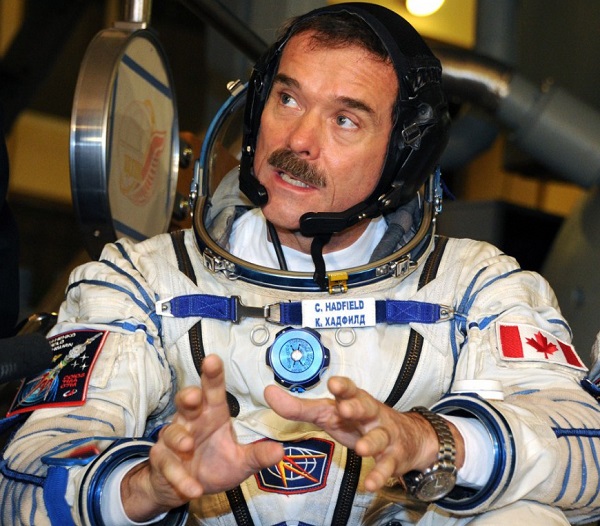 He loves his Omega watch as much as he loves space! A few days ago Canadian astronaut Chris Hadfield returned to earth after what seemed like an extremely long stay aboard the International Space Station (ISS). He was up there for six months! When we interviewed American astronaut Mark Kelly, he told us that despite exercise attempts in space, it takes the same amount of time to recover on Earth as the time you spent up in space. Meaning that Hadfield now faces a six month recovery time. Sadly, there isn’t a function for timing that on his beloved Omega X-33.

The Omega X-33 is a now discontinued professional aviation watch that contained a high-end multi-function ana-digi quartz movement in an all-titanium case. It became quite the cult watch and many lamented the fact that Omega ceased to produce it. Omega did however release the follow-up Z-33 aviation watch last year (debuted here), though the older Omega X-33 and newer Omega Z-33 models look very different. Though we like them both for sure, and they are both in titanium.

Hadfield wears his Omega X-33 proudly, albeit loosely on the titanium bracelet. In a rather interesting video on his YouTube channel, he records what his Omega looks like flapping around on his wrist without gravity. 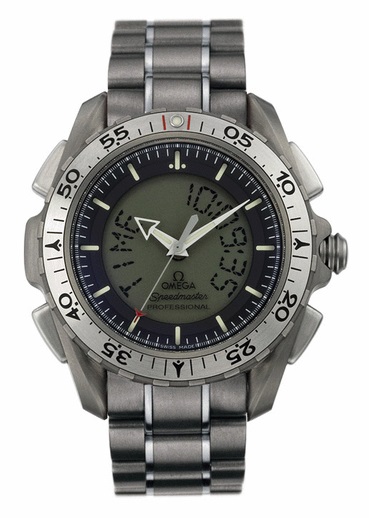 Hadfield became even more famous for delivering the space lifestyle experience back to earth via social media. In his own words, life in space was too great not to share. And share he did. His energy and dedication to zero-g life is inspiring, and I personally hope to see more active duty from the 50 year old plus dignitary to the stars. People like him are making it hard to wait for private enterprise to get their act together and start making more rockets and space shuttles. Until then, we are still paying passengers aboard Russian rockets. 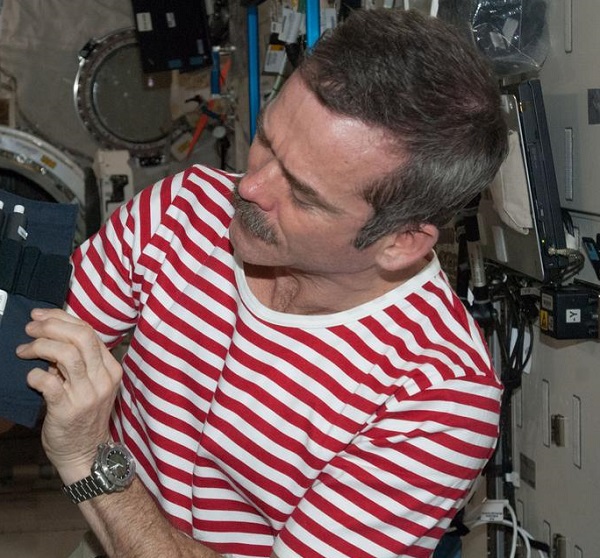 Omega is probably the most famous “astronaut watch” given its “moonwatch” status. While many love mechanical timepieces, no doubt the increased functionality of a quartz Omega X-33 offers a lot of utility to astronauts whose lives in space are heavily dictated by regular schedules and alarms. Omega would do well if it released more pieces like the Omega X-33 and the Omega Z-33, though doing so could also be a bit of a threat to its focus on mechanical watches for a number of reasons. There will always be great pro watches like the Omega X-33, but they won’t always be easy to find.